When Can Cats Get Pregnant After Giving Birth?

Like many mammals with a relatively short gestation period, cats are known for having a great ability to reproduce. They become sexually mature at a young age. After this point, they can become pregnant and even have multiple litters per year. This can result in a large feline family, something which may not be to the benefit of the mother cat, their guardians or the domestic cat population as a whole.

In this AnimalWised article, we ask when can cats get pregnant after giving birth? By understanding how soon cats go into heat after birthing kittens, we can know when to consider pregnancy prevention methods such as sterilization or neutering.

You may also be interested in: When Does a Dog Go Into Heat After Having Puppies?
Contents

The domestic feline is a seasonally polyestrous animal. This means they are most commonly in heat during the warmest months of the year. Heat is the term used to refer to their estrous cycle, i.e. the period during which they are fertile and can reproduce. Symptoms of heat in cats include continued high-pitched meowing, behavioral changes, increased urination and rubbing their back quarters on objects to relieve frustration.

The signs of heat in cats last about a week at a time. This will be followed by a break of between 10-15 days, after which they will return if the cat is not pregnant or has not been spayed. This will happen during the periods of most sunlight and decrease once the colder months arrive.

Ovulation in the cat is needs to be induced for reproduction to occur. This requires stimulus from the male cat's penis when it is withdrawn from the cat's vagina after ejaculation. Felines have a barbed penis, meaning it has spines on its end which trigger this ovulation. It usually takes more than one mounting for there to be fertilization and gestation.

In this species, gestation lasts about 9 weeks or 63 days, after which delivery takes place. Male cats do not have a heat period, although they will change behaviors when they become sexually mature and wish to copulate. They try to leave the house and find a female which increases the risk of becoming lost. They may also become aggressive, one of the reasons neutering is recommended for domestic cats.

Once the female cat has given birth, how soon will it be before she can become pregnant again? We answer this question in detail below.

Can a cat go into heat while nursing?

Since cats are seasonally polyestrous, their heat cycle will mainly continue when there is sufficient sunlight with rest periods of about 2 weeks. After giving birth, cats will lactate so they can feed their newborn kittens. However, this lactation period does not interfere with the heat period.

After giving birth, a mother cat can go into their heat period again once the original estrous cycle has ended. This period can be as little as 4 weeks. The weaning period for kittens can begin after three weeks of life, usually lasting between 4 to 6 weeks. This means cats can become pregnant while still nursing. However, it will need to be during the breeding season for the cat.

How long does it take for a cat to go into heat after giving birth?

Although a cat can become fertile again after as little as 4 weeks, how long it takes for them to become pregnant again depends on various factors. The hormonal changes of motherhood will affect them and the cat may not yet be in season. They will also be preoccupied with their kittens and she won't start to separate from them until around 8 weeks of their life. For this reason, it can take months for the cat to get pregnant again.

For example, a domestic cat living in Europe could mate in late January. Her litter would be born in early April. After two months, in June, normally with the kittens already installed in new homes, the cat will go into heat again, which may result in a new pregnancy.

Can a cat be sterilized after giving birth?

When a cat goes into heat after giving birth to kittens, we need to stay on guard if we want to avoid another litter. Not only will it help improve the cat's health, it will avoid unwanted pregnancy which is putting a strain on global resources to care for felines. For this reason, many of us will look into spaying a cat to prevent them becoming pregnant again.

In emergency cases, a cat can be spayed earlier, but generally veterinarians will wait until 2 months after giving birth before they are neutered. This is both to ensure the health of the mother cat and to allow her to look after the well-being of her kittens. For the kittens to be healthy, they should stay with their mother for a minimum of 8 weeks. This not only means their practical needs are covered, but they start their socialization period effectively.

Ideally, we should allow mother and kittens to remain closed off from other cats for at least 8 weeks. After this time, she can be taken to the veterinarian to be spayed. Spaying of female cats usually consists of an ovariohysterectomy where both uterus and ovaries are extracted surgically.

Spaying cats provides more benefits than simply avoiding unwanted pregnancies. It removes the risk of certain prominent diseases related to sexual reproduction, meaning they will have an extended life expectancy. By spaying the cat, we will also stop the heat cycle. This means they will have less behavioral problems and will not need to seek a mate.

We should spay cats as early as possible, as long as it is within the veterinarian's guidelines. Cats which are spayed after they reach sexual maturity and after they give birth may still exhibit some of the behaviors related to sexual reproduction, even though they won't be able to get pregnant. If you are unsure whether to spay your cat, speak to your veterinarian about your options and take a look at our article on the safety of spaying a cat. 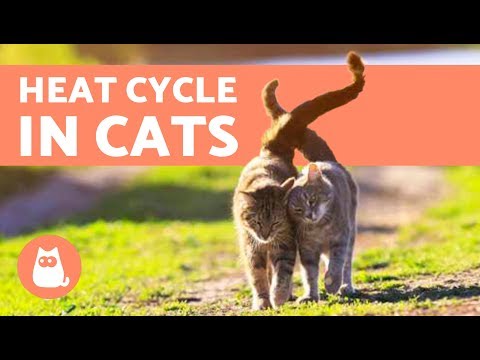 If you want to read similar articles to When Can Cats Get Pregnant After Giving Birth?, we recommend you visit our Heat category.

Bibliography
Do Cats Get Their Period When in Heat?
Do Neutered Cats Still Have the Urge to Mate?
Do Guinea Pigs Go Into Heat?
How to Control a Male Dog Around a Female in Heat
Related categories
Fur careDental hygieneGeriatricsGestationEar careExtra care
Most read
1.
When Does a Dog Go Into Heat After Having Puppies?
2.
Third Eyelid Showing in Cats - Causes and Treatment
3.
Can You Touch Newborn Puppies?
4.
Why Is My Pregnant Dog Not Eating?
5.
Dog Pregnancy - Week by Week
6.
10 Hypoallergenic Cat Breeds for Allergic Families
7.
Why Has My Cat Only Had One Kitten?
8.
How to Control a Male Dog Around a Female in Heat
How Long Is A Cat In Heat?
How to Help a Cat in Heat
I Don't Want My Dog to Have Puppies
Is it Bad to Bathe a Dog in Heat?
Everything To Know About A Cat In Heat
Dog Heat Cycle Stages and Symptoms
How Old Do Male Dogs Have to Be to Breed?
Do Dogs Have Periods?

When Can Cats Get Pregnant After Giving Birth? 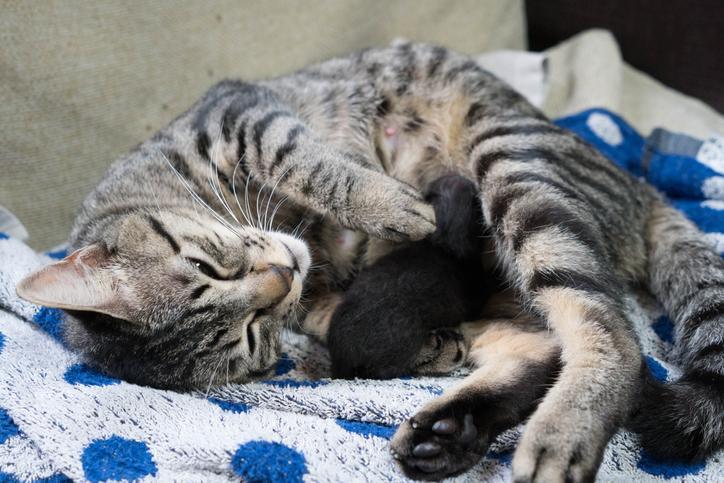 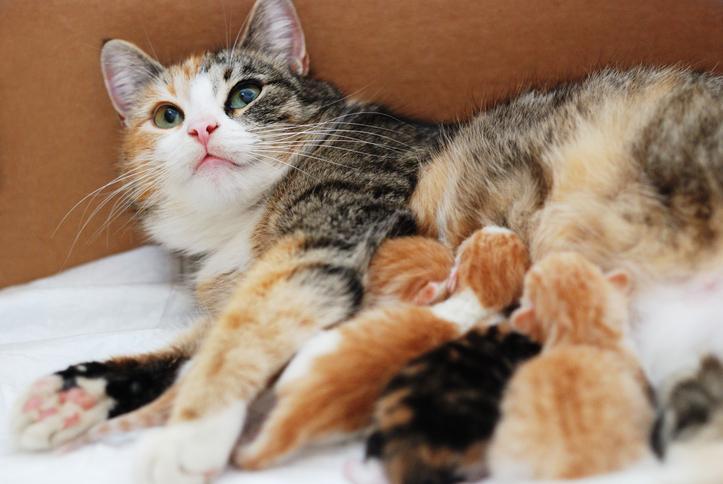 1 of 2
When Can Cats Get Pregnant After Giving Birth?
Back to top