When Do Dogs Start Lifting Their Legs to Pee?

Raising the leg to urinate is a typical behavior male dogs, although not an exclusive one. Some females will also urinate in this way. Other males may rarely lift their leg or not at all, but they are in the minority of male canines. It is not a behavior which begins immediately. In fact, newborn puppies often need help from their mother to urinate at all. If you have recently adopted a puppy and see they have not yet started lifting their legs to pee, it's possible you may think there is a problem.

At AnimalWised, we ask when do dogs start lifting their legs to pee? By answering this question, we find out more about dog development and whether there is any reason why your dog does not lift their leg to pee.

You may also be interested in: When Do Puppies Start Barking?
Contents

Why do dogs lift their legs to urinate?

The stance a puppy uses to pee is sometimes referred to as the ‘juvenile lean’ (see photo below). This is when the puppy extends their body forward, but keeps their hind legs reached out behind with both back paws flat on the ground. This helps avoid urination on themselves before they learn to lift their leg.

Lifting the leg to pee is not only useful for relieving themselves in a hygienic fashion. The action is also a valuable tool for marking territory. When a dog reaches sexual maturity, they will start to enact certain behavioral changes. Their hormones are telling them they need to copulate, so they start to become more territorial. When we keep an unneutered male dog at home, they don't have the same opportunities to meet females.

When we do take the dog out for a walk, you will likely see them make many stops to urinate in small amounts. In doing so, they are leaving pheromones for female dogs to show they are ready to mate and for other male dogs to tell them to stay away. By lifting their leg, they can angle the stream of urine on higher spots on walls and other surfaces. Since this is at nose height for other dogs, they will be more easily able to smell their scent. Female dogs will also mark, but not to the same degree or for the same purpose.

Generally speaking, dogs begin to produce and secrete sexual hormones from the age of about 6 months. This coincides with the time they reach sexual maturity and start raising their leg to pee.

At what age do dogs lift their paws to pee?

Do female dogs lift their legs to pee?

If you have never had a female dog, you should know the vast majority do not lift their legs to urinate. They continue to carry out the same position as in their puppy stage, i.e. squatting down low to the ground.

Males generally look for vertical surfaces on which to urinate, always trying to reach a certain height. They only release small amounts of urine at a time to mark more comprehensively. On the contrary, females usually only urinate two or three times during a walk. They do so to relieve themselves more than marking territory, although they may do the latter more if they have entered their estrus cycle.

As we explained in the introduction, some females raise their legs to urinate. This is usually due to experimentation by a young female, learned and reinforced behavior, or when there is a hormonal imbalance. It is not usually abnormal behavior nor does it indicate any type of disorder. Only if they show any other clinical signs or their hormonal imbalance is affecting their well-being we will need to take them to a veterinarian.

The dog's territory is maintained thanks to an invisible perimeter of urine, feces and other odorous substances that the dog secretes naturally. As we have explained, this marking is important for alerting females and males of their presence, even if different reasons.

Scent marking with urine has other benefits. It also allows the dog to better orientate themselves in their environment. By recognizing their own scent, they can not only tell whether they have been there before, but when that was. Scent also alerts other individuals of their health status, as well as other information which is very difficult for us to discern.

Raising their paw helps the dog to mark their territory, but it is also a way of expressing himself to the other males in the area. Many dogs strive to get higher and higher in their markings in an attempt to appear bigger and, therefore, more intimidating to other dogs.

Do neutered male dogs still lift their legs to pee?

As we have seen, dogs lift their leg to urinate partly to alert other dogs. Much of this has to do with finding a mate, something which neutered male dogs do not usually seek out. For this reason, some may think that a neutered dog will not need to lift their leg to pee, but this is not the case.

It is possible a neutered dog will squat more than their unneutered counterparts, but this various individual to individual. Whether a dog lifts their paw to pee more or less is largely down to personal preference, although a reduction in urine marking of males dogs has been shown to occur after castration[1]. Many dogs who are neutered before they lift their leg to pee may remain using the juvenile lean position to urinate.

Find out more about neutering in dogs with our article on the difference between castration and sterilization in male dogs.

Why does my male dog not lift their leg to pee?

Although it is common for both mature neutered and sexually intact male dogs to lift their leg to pee, we can see some choose to do so less or not at all. This does not necessarily mean there is a problem. Much of it is to do with preference, but there are practical considerations also.

We know that a dog lifts their leg once they start to reach maturity, but they may have been trained not to do so. Marking in working dogs can be problematic, so they are often trained not to do this and may not lift their leg as a consequence. Domestic companion animals may also be trained the same way to avoid soiling the home or surrounding area.

Some dogs may prefer a different stance when urinating. Although they may use the juvenile stance or lift their leg, there are actually many different peeing positions. For example, many small dogs such as Pugs will do a handstand when they urinate. It is believed this is partly due to their physical makeup. As a brachycephalic dog breed, their bodies are more squat than many others and standing on their front paws may be easier than lifting a leg.

Whatever the reason your dog does not lift their leg to urinate, few of them are a sign of a problem. Only when you see clinical signs such as increased urination, decreased urination, blood in the dog's urine or other symptoms should you take the dog to a veterinarian. In these cases, the dog may even be too weak to lift their leg, especially if they are suffering from a systemic pathology.

Learn more about canine behavior with our related article on why dogs lift their front paw. 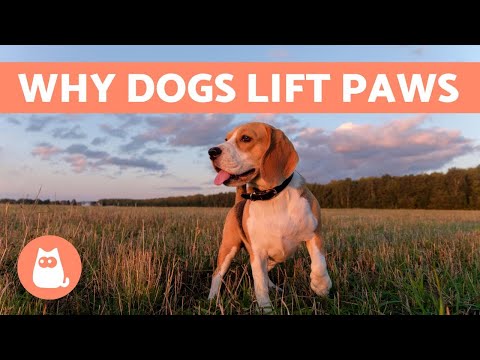 If you want to read similar articles to When Do Dogs Start Lifting Their Legs to Pee?, we recommend you visit our Facts about the animal kingdom category.

Why Do Dogs Kick Their Back Legs When You Scratch Them?
My Rabbit Keeps Kicking Their Back Legs
When Do Puppies Open Their Eyes Fully?
When Do Dogs Lose Their Baby Teeth?
Related categories
Endangered animals
Most read
1.
What Animal am I According to my Zodiac Sign?
2.
10 Most Beautiful Animals in the World
3.
What Does It Mean When a Cat Shows Up at My Door
4.
The 10 Most Solitary Animals in the World
5.
Animals With Scales - Full List
6.
Why do Dogs Get Stuck when Mating?
7.
My Female Dog In Heat Won’t Accept A Male - Causes
8.
How Many Types of Lions Are There?
Why Do Flies Rub Their Legs Together
Why do Cats Raise Their Tail When Being Petted?
Why Do Dogs Put Their Ears Back When Petting Them?
Why do Dogs Tilt their Head When we Speak?
Why do Cats Rub Against Your Legs?
Do Dogs Have a Dominant Paw?
Do Cats Miss Their Owners When They Are Away?
What Do Dogs Do When Left Home Alone?

When Do Dogs Start Lifting Their Legs to Pee? 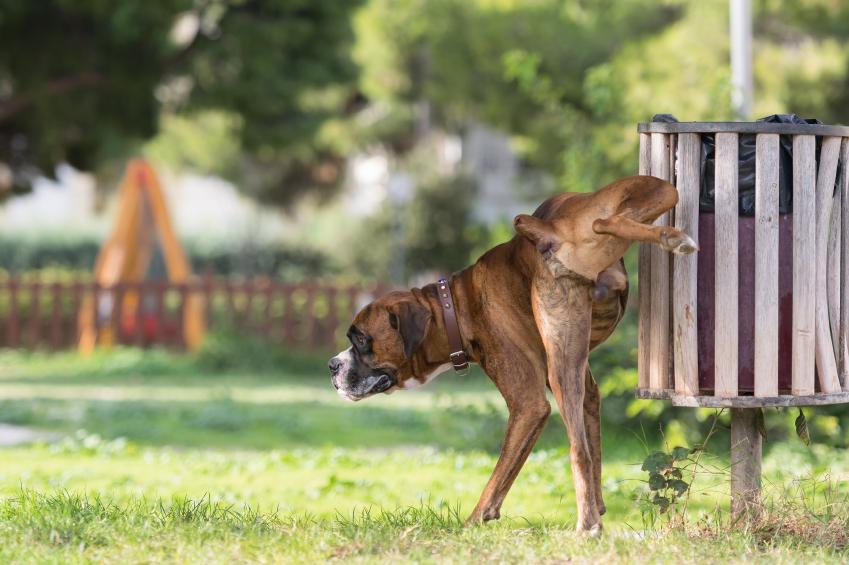 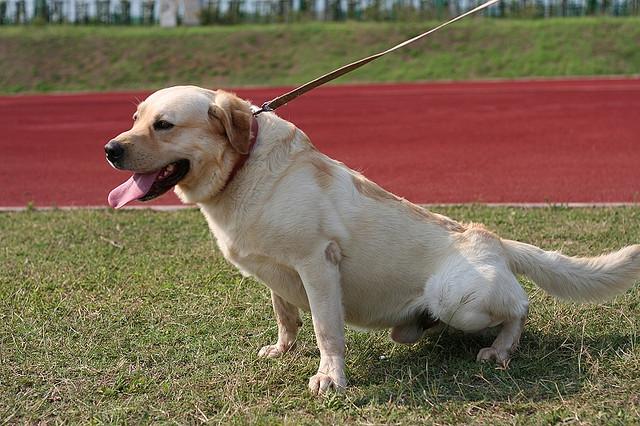 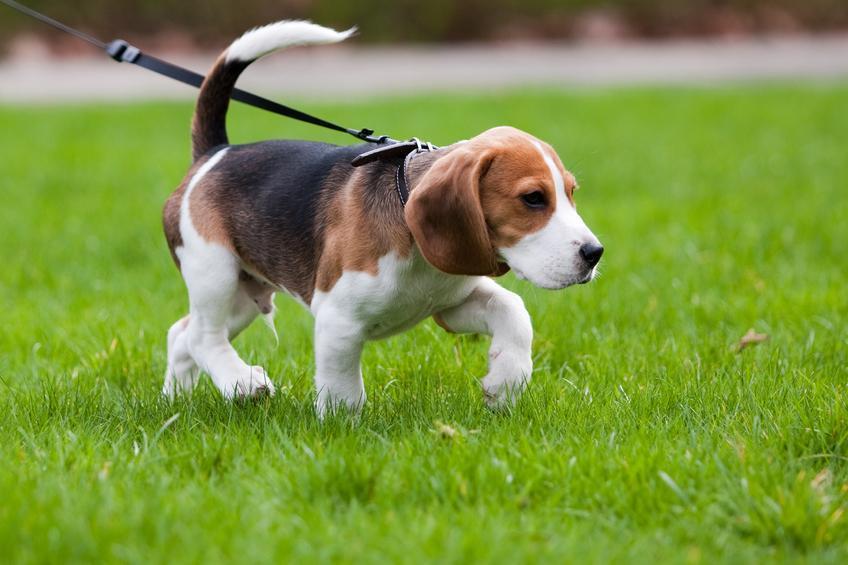 1 of 3
When Do Dogs Start Lifting Their Legs to Pee?
Back to top