Why Can a Chameleon Change Color?

Small, exquisite looking and very skilful, the chameleon is the animal kingdom's proof that spectacular things can come in small packages. Originally from the African continent, they are one of earth's most fascinating creatures. They have eyes which move independently of each other, a tongue which can extend to twice as long as its body and, of course, its famous ability to change color as an act of camouflage. It is the latter we want to discuss in this AnimalWised article in our attempt to understand why can a chameleon change its color? To answer this question, we'll also take a look at the how and what of this incredible gift.

You may also be interested in: 20+ Animals That Change Color
Contents

Background on the chameleon

Before knowing more about the chameleon's miraculous ability to change its color, we should know a little more general information about them. The first thing is that there is no one chameleon, but over two hundred individual species under the banner of their scientific name Chamaeleonidae. The true chameleon lives on the continent of Africa, but it can be found in Europe and certain regions of Asia.

It is a relatively solitary animal, usually dwelling on the tree top canopies of jungles without any family group or companions. Only when it is time to find a mate and reproduce does it descend back down to terra firma. In the trees it feeds mainly on insects such as crickets, cockroaches and flies, but will also ingest worms and spiders. They catch their prey in a most unusual method. They can launch their tongue at prey, extending out over twice their body length (excluding tail) and land it on their victim. The insect sticks to the tongue which retracts and enters the Chameleon's mouth for ingestion. The speed at which the lizard does means it takes around 1/10 of a second, giving their prey practically no time for evasion.

Why can a chamelon change its color?

This is perhaps an odd question, but the reason for its asking is to distinguish why this lizard and not others. The answer is not really knowable other than it is a quirk of evolution. Some other lizards can change the hue of their color, but none can change so variably as the chameleon.

The standard answer as to why chameleons change color is so that they can camouflage themselves against their environment to evade predators. However, all lizards have predators, yet the chameleon seems so unique. The reasons for their ability to change color and not others stumps scientists, other than the fact they are feats of evolution in many ways. For example, it has recently been discovered that they have twice as many elements in their wrists than before[1], part of the reason they're so adept at tree dwelling.

With around half the world's chameleon species living on the island of Madagascar, perhaps their concentration required them to adapt in different ways. While we may never quite understand the capriciousness of evolution, we can look at both how chameleons change their color and what other purposes they use it for.

How to chameleons change their color?

The previously accepted wisdom of how a chameleon changes color was that it was down to special cells in the skin called chromatophores. These contain certain pigments and it was thought the chameleon would change their color by changing these pigment-containing organelles (part of the skin cells). However, this is only part of the story.

A study released in 2014 discovered another aspect of how a chameleon changes its color[2]. This is down to the layers within the lizard's skin. The top layer contains crystals known as guanine nanocrystals. These crystals move and, in doing so, change the wavelength of the light which passes through them. Some of the light is absorbed by skin and some is reflected off the crystals. This, when combined with the pigment changing organelles, althoughs the lizard to control its color change. This helps to explain why some chameleons can create such a spectrum of color, the crystals breaking up the spectrum of light into its constituent parts.

Why do chameleons change their color?

Now you know how chameleons change color, you may be interested in why they do so. The standard answer is that they do so to camouflage themselves against their environment. However, this answer is too simplistic and the reasons as to why they change color are varied indeed. Let's take a look:

Actually, a chemeleon will change its color to signal a mood or state of being for many reasons. Next, we will go into more detail as to what these may be.

Chameleons changing color according to mood

Although relatively solitary animals, chameleons will still need to communicate with their peers for various reasons. This is a type of non-verbal communication which is very useful in the wild. It includes:

How many colors can chameleons display?

As we stated before, there are over 200 species of chameleon distributed throughout the world. They do not all change color in the same way. This seems to depend a lot on the environment and the individual species. Neither do all species of chameleon have the ability to display florescence. Some poor species can barely change color at all, instead changing tone rather than full color.

Some species, such as the Parson's chameleon, can only alternate between grey and blue. Others, like the Jackson's chameleon have a range of between 10 and 15 shades.

A third type can only change within the spectrum of black, ochre and brown. They are complex animals which have a fascinating relation to color, our understanding only scratches the surface.

If you want to read similar articles to Why Can a Chameleon Change Color?, we recommend you visit our Facts about the animal kingdom category.

My Dog's Nose is Changing Color
My Cat's Fur Is Changing Color
Can Dogs See in Color?
What Colors Can Dogs See?
Related categories
Endangered animals
Most read
1.
What Animal am I According to my Zodiac Sign?
2.
What Does It Mean When a Cat Shows Up at My Door
3.
10 Most Beautiful Animals in the World
4.
How Many Types of Lions Are There?
5.
The 10 Most Solitary Animals in the World
6.
Why do Dogs Get Stuck when Mating?
7.
10 Smells that Attract Cats
8.
Animals With Scales - Full List
Why Do Some Cats Have Different Colored Eyes?
What Dog Breeds Can Have Different Colored Eyes?
Why Do Bulls Attack The Color Red?
Why Can Parrots Talk Like Humans?
10 Most Beautiful Animals in the World
List of Big Eyed Animals - 15 of the Cutest!
Most Common Cat Eye Color and Their Meaning
The 10 Smallest Animals in the World

Why Can a Chameleon Change Color? 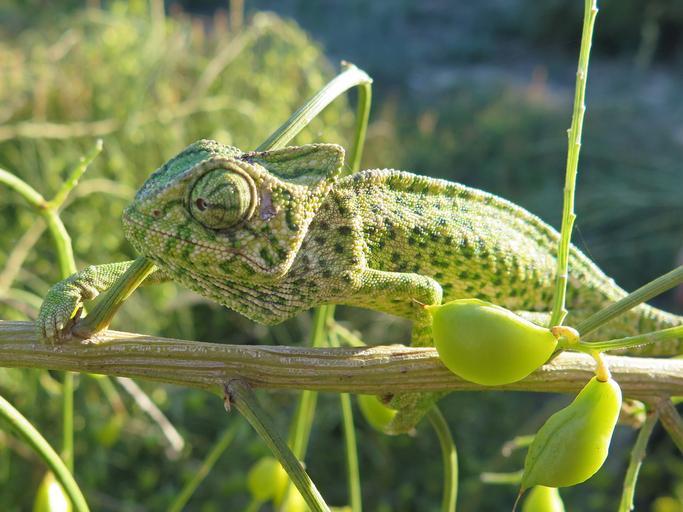 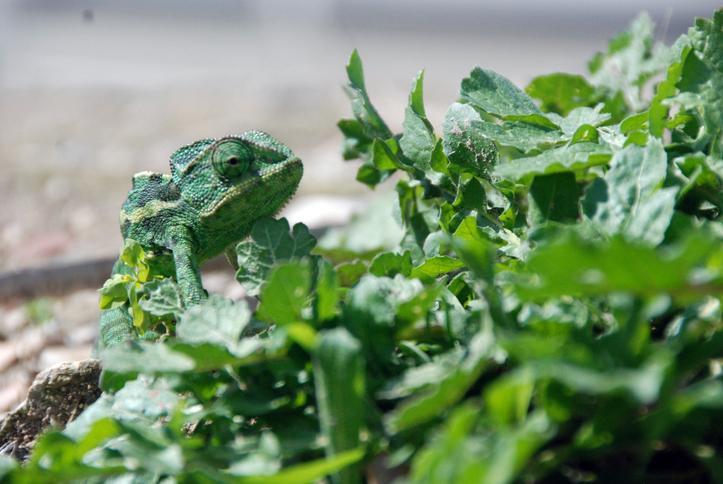 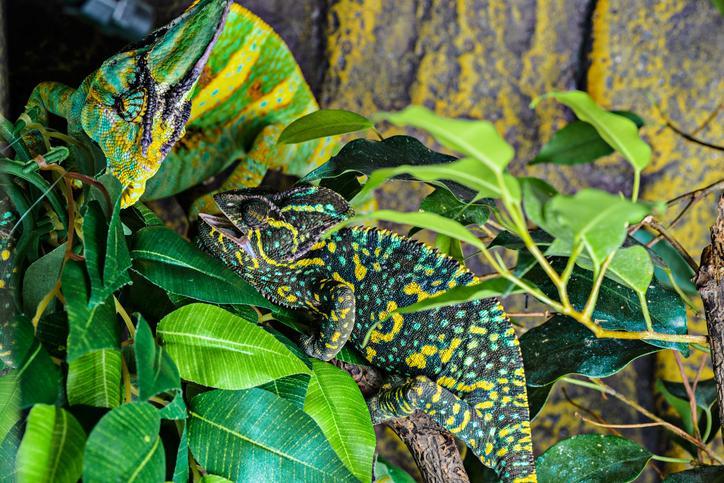 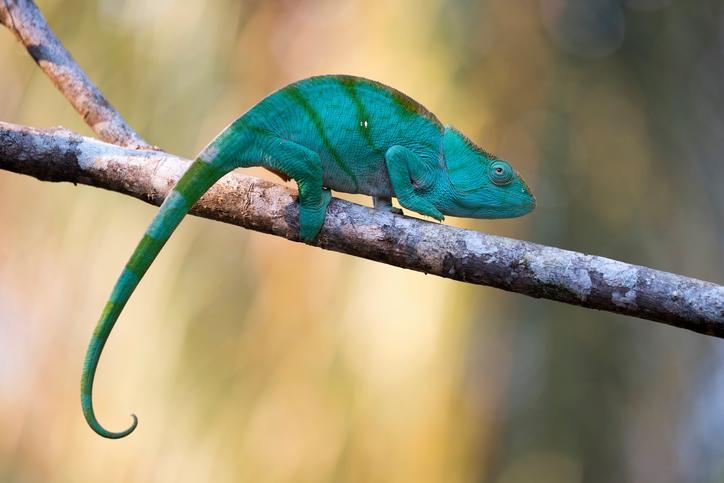 1 of 4
Why Can a Chameleon Change Color?
Back to top