My Dog's Nose is Changing Color

The coloration of a dog's body works in a similar way to humans, even their nose. Melanin is a pigment which binds to amino acids to create various shades and colors. What these colors may be is mainly due to genetics. This does not mean a dog's skin will remain the same color throughout their life. It is normal for them to develop spots, moles or even areas of depigmentation on their skin. Sometimes the root cause of this is a disease, but many other anomalies can occur which do not imply the development of a health problem.

Dog guardians often observe the coloration of their animal's nose to change over time. If you want to know why my dog's nose is changing color, AnimalWised looks at the different processes which may be behind it. More often than not, the reason is fairly benign, but it is always important to check in case a serious problem has developed.

You may also be interested in: My Cat's Fur Is Changing Color
Contents

When a dog is born, it's nose color does not necessarily remain the same throughout their lives. The reasons for this change in dog nose color are not always well known, with many instances of idiopathic depigmentation or discoloration. Idiopathic simply means the cause is not yet understood. You may notice your dog has started to develop a color change slowly over time. One reason for this might be Dudley's Nose.

Dudley's nose is an idiopathic syndrome whereby the color of a dog's nose changes progressively. Usually it will change from a dark black or brown to a lighter pink color. There are no other symptoms and the condition does not appear to pose any health problems itself.

Dogs which have developed Dudley's nose should be able to live a completely normal life. There is no treatment available, but the prognosis is excellent. The only mild concern is the fact that the lighter skin on the nose may make them more susceptible to the dangers of UV rays.

What causes the color of a dog's nose to fade in winter?

Another idiopathic condition is related to seasonal changes. Dudley's nose is a condition which permanently changes the color of a dog's nose from it's birth color. However, it is possible you will observe a dog's nose will change color during the winter months.

Snow nose is a very similar condition to Dudley's nose, turning usually from dark to light colors as the weather turns colder. However, when temperatures rise again, the dog's nose may change back to its original pigmentation. Snow nose is, therefore, both transitory and seasonal[1].

Another aspect which is related to both Dudley's nose and snow nose is the fact that the transition of the color change can lead to patterning. Often the lighter pink color comes through from the nostrils outwards. This leads to a distinct pattern caused by the original black color and newer pink color which resembles wings. For this reason, it is sometimes known as butterfly nose. Butterfly nose can look worrying, but it will only be temporary.

Most dogs will have a black nose, but there are some which are more likely to develop a color change in the nose. These include Labrador Retrievers, Golden Retrievers and German Shepherds. Butterfly nose is commonly linked to Pit Bull type dogs, Dalmatians and similar breeds. Of course, mixed breed dogs are also susceptible to it, but those with merle patterns are particularly likely to develop a color change in their nose.

There are three main autoimmune diseases in dogs which can lead to a dog's nose changing color. They are:

There are many dogs which have an allergy to plastic. Unfortunately, many dog food bowls are made of plastic which can cause irritation of the skin. Since the dog pushes their face into a food bowl to eat, the reaction often occurs on the lips, mouth and nose. Itching, inflammation and skin redness can present due to the allergic reaction.

If you suspect this may be the case why your dog's nose has changed color, the first thing you should do is replace the plastic feeder for one made of stainless steel, clay or ceramic. If the symptoms subside and the dog's nose returns to its original color, you will know the problem was an allergy to plastic. You should also remove any plastic items to which the dog may have access.

Plastic is not the only product which can cause hypersensitivity in the dog's skin. Cleaning products, painting materials or pretty much anything in the house can be a potential allergen for your dog. The reason the dog gets a reaction is because they touch the material, something which results in contact dermatitis. This can occur on any part of the body where it comes in contact with an allergen. If changing their food bowl does not solve the problem, you will need to go to a veterinarian to run diagnostic tests.

Skin cancer is recognized as one of the most frequent cancers in dogs, alongside breast cancer in females. Although there are several tumors or neoplasms which can affect the skin of a dog, the most common to cause discoloration of the skin is epitheliotropic lymphoma. In addition to the aforementioned discoloration, epitheliotropic lymphoma or fungoid mycosis produces skin nodules, localized hair loss, ulcers, exfoliative peeling of the skin and problems with the lymph nodes. There may even be bleeding present. The severity of these symptoms will depend on the form and progress of the disease.

In general epitheliotropic lymphoma has four clinical stages of progression:

Treatment of these types of skin cancer will depend on the progression of the disease. The most common treatments include surgery, phototherapy and radiotherapy. Only the veterinarian can diagnose epitheliotropic lymphoma, so we recommend going to them as soon as you see symptoms appear. While cases of this type of cancer are relatively rare, euthanasia may be recommended in advanced cases. The breeds of dog most likely to suffer this condition are the St. Bernard, Irish Setter, Boxer, German Shepherd, Cocker Spaniel and Golden Retriever.

Although the above reasons are most common, there are other reasons why dog's nose changes color. As it is a pigmentation problem, it is possible a poor diet can be the root cause. This is because the right nutrition is required to stimulation melanin production. If the dog receives food of insufficient quality or even quantity, melanin cannot properly bond with proteins and there will be a deficiency. The result is a lack of pigmentation.

To determine if diet is a cause in your dog's nose changing color, a systemic review will need to be carried out. This will involve the veterinarian giving them a physical exam and running tests. They will then prescribe a diet which might help boost melanin production.

Although we discuss above the dangers of UV radiation on the dog's nose, it is important to point out that a healthy level of sun will help stimulate melanin production. Similar to when a human tans, the sun's rays help the dog's skin to go darker. If you keep your dog inside too much, without walking them or providing physical exercise, they may not be exposed enough to the sun. Such deprivation of physical stimulation can also harm them overall, leading to obesity and other health problems. This does not mean they should have prolonged unprotected exposure to the sun due to the potential skin damage this may cause. 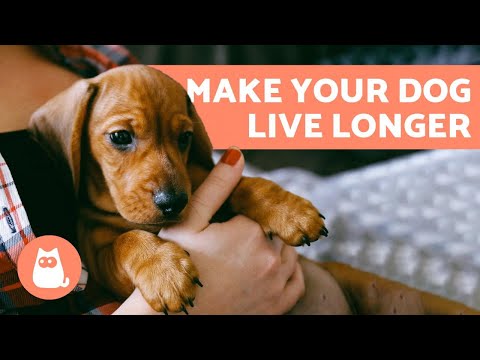 If you want to read similar articles to My Dog's Nose is Changing Color, we recommend you visit our Facts about the animal kingdom category.

20+ Animals That Change Color
Why Can a Chameleon Change Color?
Why is My Dog's Nose Dry?
Is My Dog Albino? Characteristics of Albino Dogs
Related categories
Endangered animals
Most read
1.
What Animal am I According to my Zodiac Sign?
2.
10 Most Beautiful Animals in the World
3.
What Does It Mean When a Cat Shows Up at My Door
4.
The 10 Most Solitary Animals in the World
5.
Top 10 Smells Dogs Hate
6.
How Many Types of Lions Are There?
7.
Why do Dogs Get Stuck when Mating?
8.
My Female Dog In Heat Won’t Accept A Male - Causes
What Dog Breeds Can Have Different Colored Eyes?
What Colors Can Dogs See?
Can Dogs See in Color?
How Old Is My Guinea Pig?
What Colors Are Shiba Inu Dogs?
Are Sharks Blind or Color Blind?
Why Does My Cat Smell My Face?
How Common is Heterochromia in Dogs?

My Dog's Nose is Changing Color 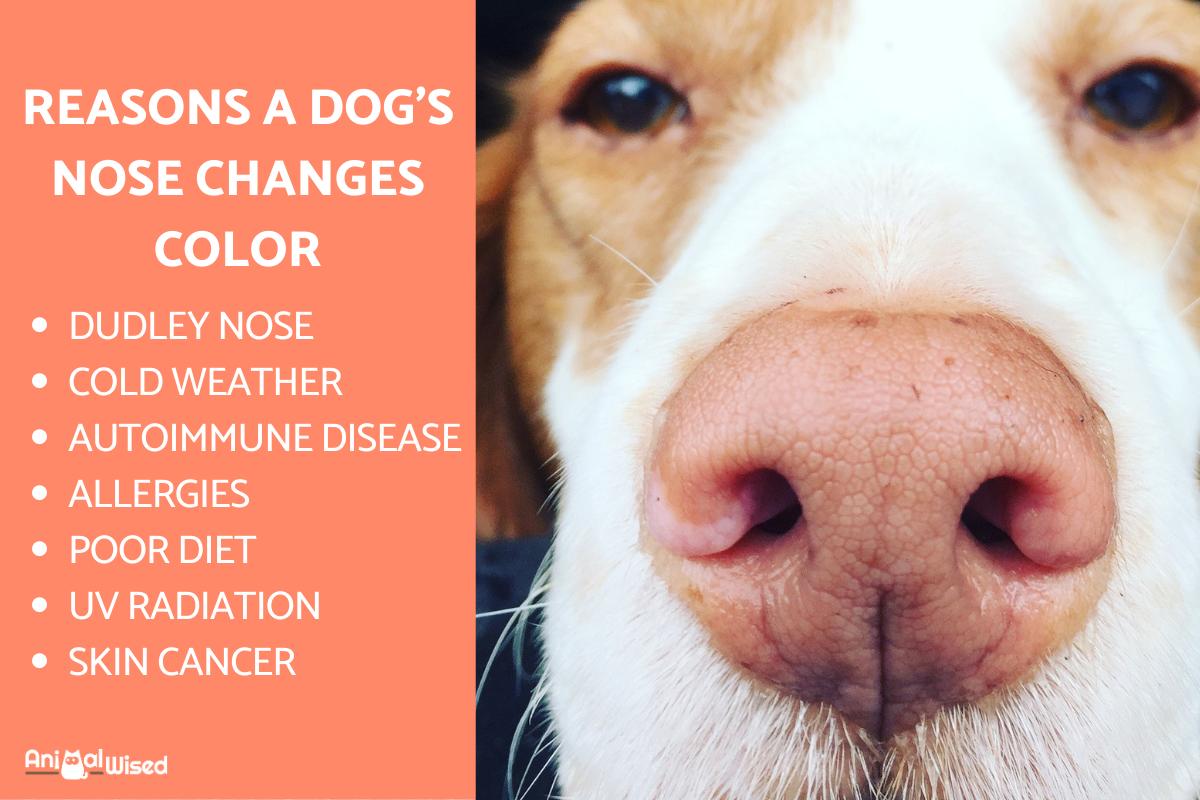 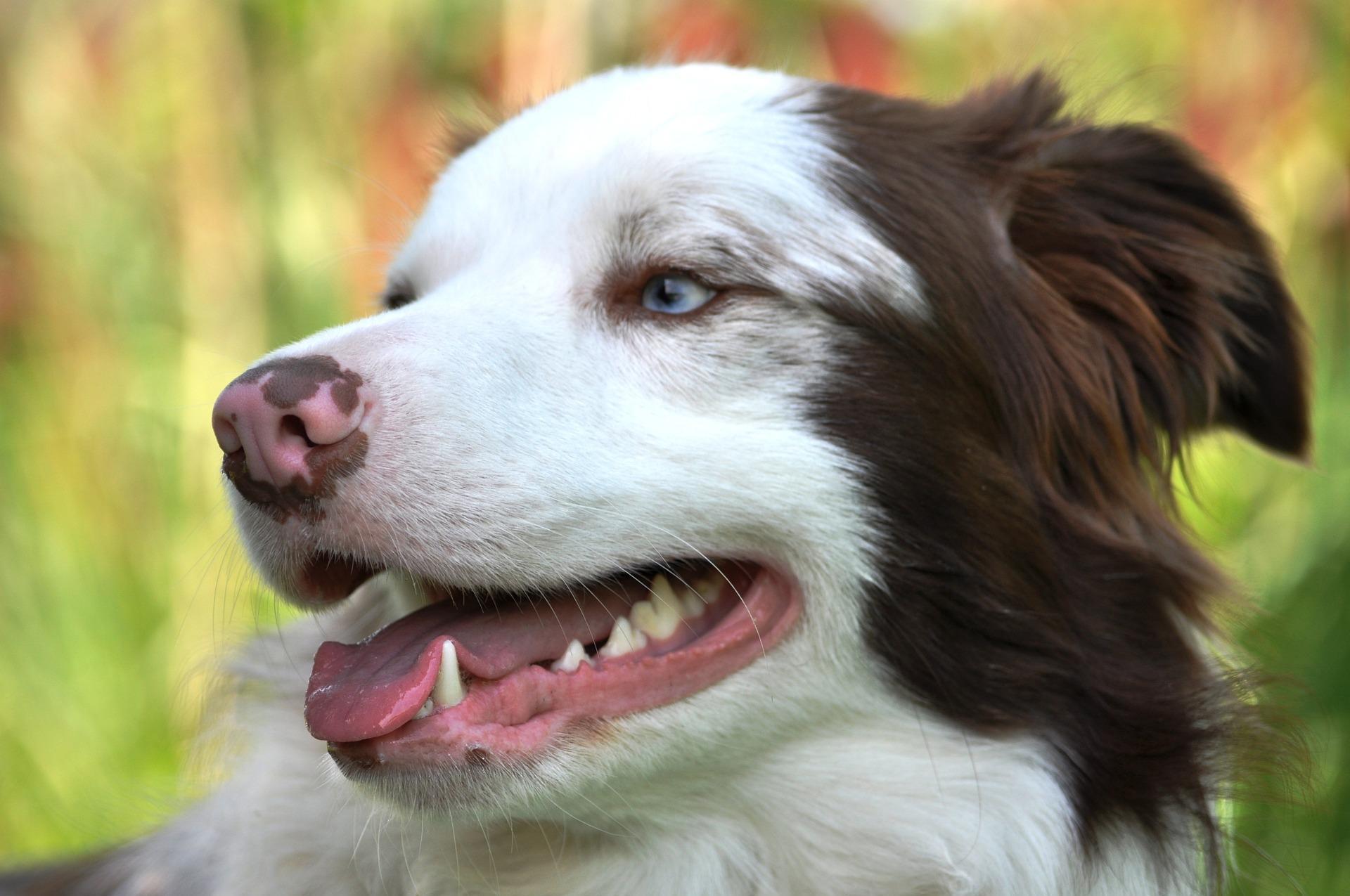 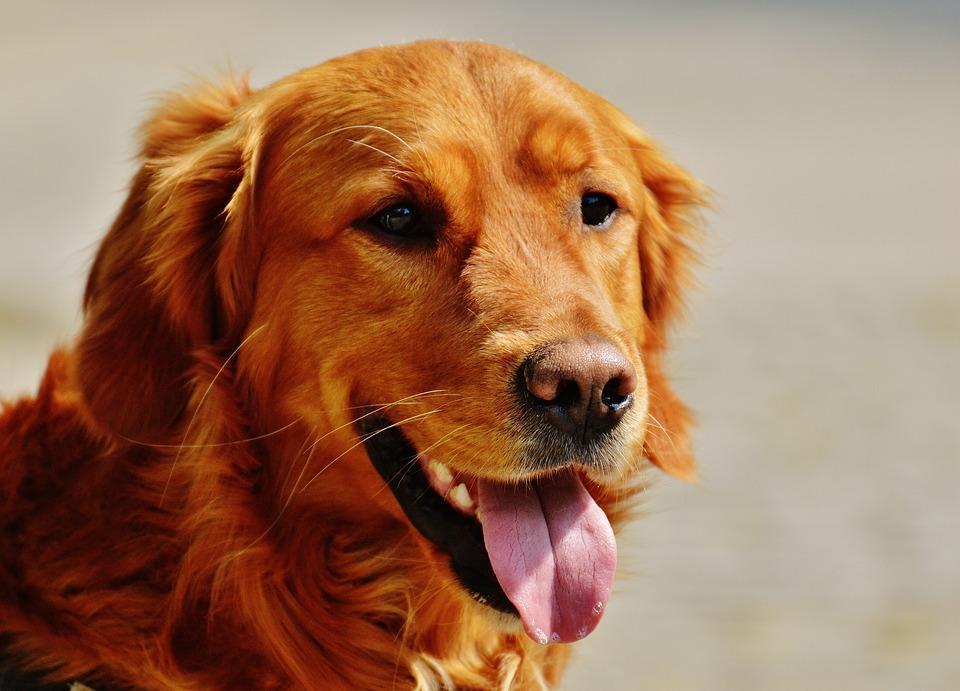