Why Is My Rabbit Doing a Binky?

Jumping is almost synonymous with rabbits. Their skeletal structure and musculature, especially on their hind legs, makes them jumping machines. In the wild, jumping allows them to carry out various tasks which allows them to survive and thrive. Domestic rabbits may even jump about for seemingly no reason. There is a term for this type of jump in rabbits and it's called binkying.

Whether this is the first time you have heard of the term binkying or you are just curious, AnimalWised explains why is my rabbit doing a binky? By understanding bunny binkying, we can better understand the well-being of our rabbit.

You may also be interested in: Why does my Rabbit Lick Itself?
Contents

What is binkying in rabbits?

Rather than being different from jumping, a bunny binky is simply a type of jump. It is a sudden jump which seems to come out of nowhere and appears to serve no apparent purpose. The jump isn't simply straight up in the air. A bunny binky may involve a twist, but it also has a certain giddiness normal rabbit jumps don't have.

The reason a rabbit can binky is because of their musculoskeletal system. A rabbit's bones are light, but their muscles and tendons are very strong[1]. This gives them not only their acute hopping ability, but their agility. The binky is an agile movement which is can involve somersaults, twist and other acrobatics. How they are performed depends on the ability of the rabbit and the extent of the stimuli behind them.

Some categorized binkying into two types. Either a full binky with a jump or somersault, or a half binky where only the head moves in a twitchy sort of way. However, we need to be careful as a rabbit may shake their head for various reasons, including due to an ear infection. This is why it is important we understand why a rabbit is doing a binky.

Why do rabbits jump?

It is no coincidence that rabbits have developed a morphology that allows them to binky. Their survival and ability to thrive in wild populations is not only due to their high reproductive capacity. Their evolution has given them the tools and skills they need to survive, despite being quite far down on the food chain.

In the wild, rabbits will jump for the following reasons:

To escape from predators

Rabbits do not have much ability to defend themselves if they are caught by a predator. Instead, they use evasion tactics to stay alive. Not only can rabbits jump, but they are fast runners. Even if they are being pursued by a predator, they can run away and even jump to the side to give them the slip. They do this via slight modifications of their leg positions against the ground.

A rabbit's ability to jump also allows them to tackle obstacles they may find. This is very helpful in the wild, especially where humans have erected fences and other structures. In the domestic environment it can be problematic as we need to be careful our rabbit's jumping ability means they escape.

Difference between rabbit binkying and jumping

Although a rabbit running away from a predator may jump to evade them, this is not the same as a binky. This means we can find it difficult to distinguish the difference between the two. To help us, we can look at the context of the jump and understand the reasons for binkying.

Reasons why a rabbit is doing a binky

As we said, there are different circumstances why a rabbit will binky and they are all positive:

They are excited about food

Rabbits need an unlimited supply of hay and will get the majority of their nutrition from this and rabbit feed. However, we also need to supplement their diet with fruits and vegetables suitable for rabbits. While they are unlikely to be very excited about their quotidian hay, they do love to eat fresh fruit and veg.

A bunny's love for fruit and vegetables means we may even be able to use them as incentives during rabbit training. Since these are positive experiences, the rabbit may express their joy through a binky. This can either be in anticipation of eating some delicious food or because they are enjoying having just eaten some.

Young rabbits, as with young children, will often jump and be excited at the minutest stimulus. While they are vulnerable, they are not always aware. When they are with their siblings, they will play and frolic with each other at any opportunity. It is an important way for them to learn the skills they need to get by later in life. Binkying during play is a common display, especially with domestic rabbits.

Adult domestic rabbits will also binky when they play. While it will depend on the individual bunny, rabbits are very playful animals, especially those which have been well socialized and have a happy life.

They have a lot of energy

When we have had a strong coffee or are otherwise full of beans, we can get a little bit jumpy. Although being jumpy is correctly associated with anxiety, it can happen if we simply have a surfeit of energy. This is the same with rabbits. When their metabolism is high, they can convert a lot of their food into energy and they will binky all of a sudden to release this energy.

The amount of energy a rabbit have will also depend on the time of day. Rabbits are crepuscular animals. This means they are most active at dawn and dusk. During this time, you might be more likely to see them binky since they are at their most alert. Individual rabbits will also have different metabolism levels, so they may be more likely to binky than others.

They want our attention

There is a myth about rabbits that they do not bond with their human guardians. Not only do they bond, but they can bond very closely. This means they miss them when they are not around and they look forward to spending time together. When a rabbit sees us, they may binky in anticipation or as an invitation to play. As long as they are happy, they may want to get our attention using a binky, but it is important we differentiate this from nervous jumping when stressed.

How to help your rabbit binky

Since rabbits binky when they are happy, helping them to binky more means we need to encourage their happiness. It's not something we should every try to force or get frustrated if they don't do it. Also, every rabbit is an individual. The amount they are binkying will depend on their energy levels and personal preferences. It doesn't necessarily mean they aren't happy.

However, there are some general tips and methods you can employ to help encourage binkying in rabbits. They include:

If you are a first time rabbit guardian and are at all unsure of what you need to do to take care of them, you can check out our rabbit care guide video below: 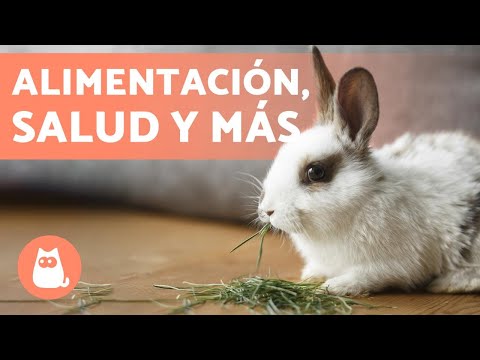 If you want to read similar articles to Why Is My Rabbit Doing a Binky?, we recommend you visit our Facts about the animal kingdom category.

Do Rabbits Sleep?
Why Do Cats Headbutt You?
Why Do Cats Like Boxes?
Why Do Dogs Lick?
Related categories
Endangered animals
Most read
1.
What Animal am I According to my Zodiac Sign?
2.
10 Most Beautiful Animals in the World
3.
What Does It Mean When a Cat Shows Up at My Door
4.
Top 10 Smells Dogs Hate
5.
The 10 Most Solitary Animals in the World
6.
Why do Dogs Get Stuck when Mating?
7.
My Female Dog In Heat Won’t Accept A Male - Causes
8.
How Many Types of Lions Are There?
Why is My Dog Howling?
Why is My White Cat Deaf?
Why do Dogs Shake Their Bodies?
Why do Horses Neigh?
Why Do Dogs Sleep at Your Feet?
Why is My Dog's Nose Dry?
Why Is My Dog Whining - Causes
Why do Dogs Smell Each Other’s Butts?

Why Is My Rabbit Doing a Binky? 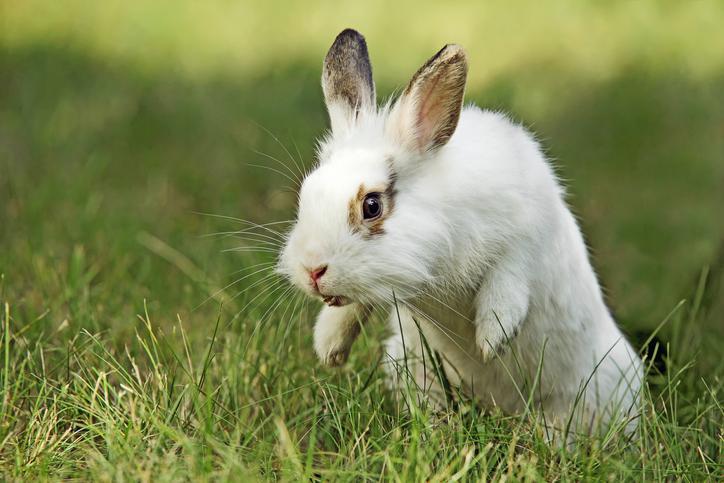 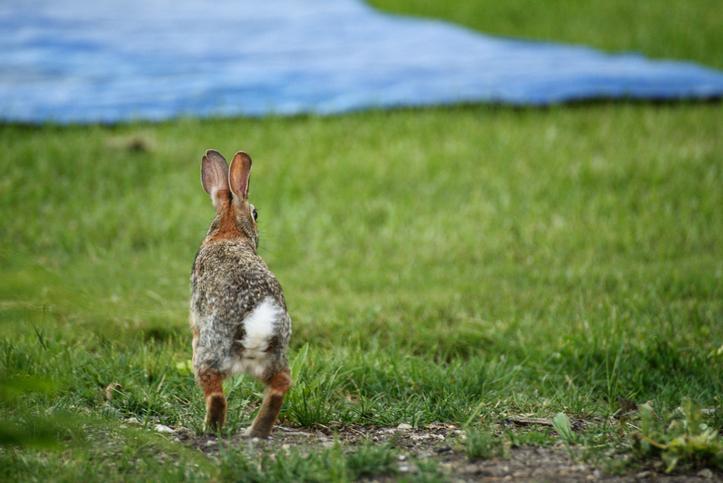 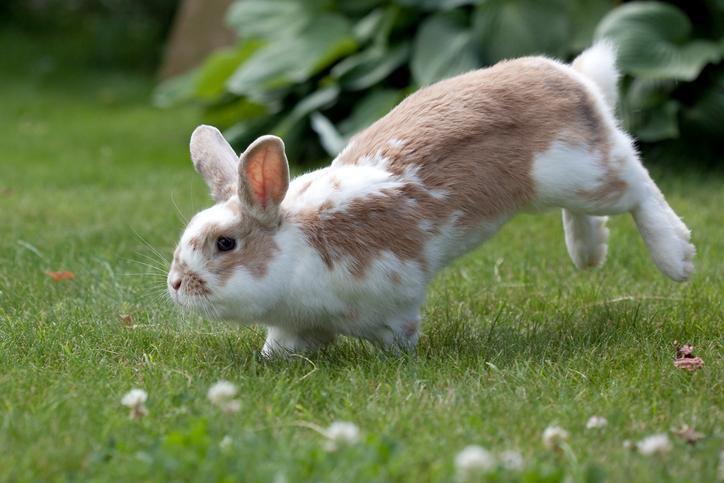 1 of 3
Why Is My Rabbit Doing a Binky?
Back to top