10 Most Beautiful Animals in the World 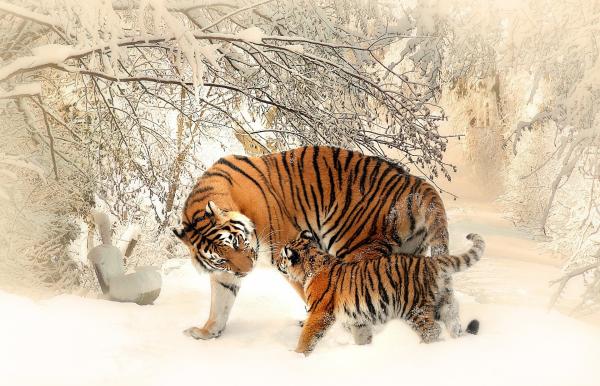 All animals living on earth are beautiful. The diversity on our planet is practically endless with different sizes, shapes, characteristics and colours. Thanks to these beautiful animals living in all environments, the world is a more pleasant, mysterious and interesting place.

AnimalWised wanted to discover the 10 most beautiful animals in the world and we've found our list. This doesn't mean there aren't other beautiful animals out there. We just think the following creatures stand out as the coolest to us. They are exotic, majestic and beautiful, some are downright pretty.

Beauty is a broad and subjective term. If there is an animal that you think is one of the most beautiful but does not feature on the list, leave us a comment and we will take it into account for future articles.

Before we get into the details of these elegant and graceful creatures, we breakdown our top 10 list here:

With each animal on our list, we also provide pictures so you can see their amazing beauty for yourself. If you want more lists of animals, you can also check out our selection of big eyed animals which are some of the cutest on the planet.

Macaws are exotic birds inhabiting the rainforests of South America. They belong to a family of birds called Psittacidae, one of the three types of true parrot. Part of their beauty is the bright colours in their plumage: bright yellow, crimson red, green grass, royal blue and orange. Many people have macaws as pets, but the Ara macao is a species that must be taken care of in the natural environment.

Macaws are medium-sized birds, but have large wings that attract lots of attention when they are spread. They are very social birds that love to stay in groups, but are perhaps most beautiful in the air. It is fascinating to see a group of macaws flying. It looks like a drawing of a rainbow in the sky, partly why they are one of the 10 most beautiful animals in the world.

Although we think the scarlet macaw is one of the prettiest, there are many other types which are just as beautiful.

Without doubt one of the most popular animals in the world is the Bengal tiger. They are recognized as a symbol of grandeur and strength. Regal in appearance, anyone in the presence of this creature will be left open-mouthed. It's not surprising that the tiger was the animal chosen to be the main character in many Greek, Persian and Chinese mythologies.

The mystery and mystique in their looks mesmerises anybody looking at them. Due to their genetic mutations, some Bengal tigers are born white. They are the same species, but a genetic anomaly means they don't have the pigmentation which creates the orange coat color. However, this is not due to albinism, but anoter genetic condition known as leucism. Since rarity often makes an animal even more beautiful, so it is the white Bengal tiger which makes the list.

All tigers are beautiful and you can see for yourself in our list of the different types of tigers around the world.

The tale about the ugly duckling that became a beautiful swan is metaphorical. It is based on the fact that swan chicks, known as cygnets, are born with darker down feathers than their bright white adult counterparts. However, we think even swan chicks are beautiful. While there are different types of swan in the world, the mute swan is the most emblematic of the bird type.

As they grow and develop, mute swans become a totem of beauty and grace. Elegance and beauty are connotations that come to mind to most people when we observe a swan. They strike us with their beauty and they are clearly worthy of being among the most beautiful animals in the world.

When looking for photos for this article of the 10 most beautiful animals in the world, it took several minutes to choose the right one to represent the white peacock. The peacock is the name for a male peafowl, an animal with one of the most stark examples of sexual dimorphism we have seen.

The peacock's white plumage is white as snow and looks like a painting, making it very unique. This bird is a real supermodel, always posing, strutting their stuff and showing their beauty to all who pass before them. They are not only one of the prettiest animals, but their unique approach to mating rituals makes them one of the most fascinating. As with the white tiger, the white peacock's appearance is also thanks to leucism, although there are rare albino examples.

A dolphin's beauty goes beyond its bright physical appearance. Humans have always been fans of dolphins and have enjoyed their presence for years. Dolphins symbolise joy, freedom and spontaneity in such a controlled world. When you see a dolphin or, even better, a group of dolphins swimming and surfing the waves, your mood improves instantly. Dolphins look like they are always smiling, one of the reasons they are one of the coolest animals in the sea.

Among the many aquatic beauties of the world's oceans is the mandarinfish. It stands out for its particular colorful majesty. It's electric appearance makes it seem to contain an internal light that makes it glow. This fish is one of the most searched for creatures by underwater photographers.

Despite creating its own light, the mandarinfish is very shy and prefers to appear at night when they go out to mate. Colloquially they refer to Mandarin culture because they resemble legendary Chinese dragons. When you see them swimming, they are surely one of the most elegant animals in the world.

Take a look at some of the other animals in this world that glow in the dark.

Chameleons are perhaps the world's most beautiful reptile. Imagine being able to change colour depending on your surroundings. They change color to make themselves indistinguishable or to show off to potential mates. They are also a very diverse group of animals with over 170 different species types.

Chameleons can change colour because they have pigment cells in their skin called 'chromatophores' that allow them to blend in with the environment, changing tone every time they want to hide from a predator or dress up for courtship rituals. As well as being one of the most beautiful animals, they are also in our list of 20+ animals that can change color.

Friesian horses are elegant and magnificent animals. Entirely one color, these impressive animals transport you to mythical and indomitable territories in our minds. Originating from the Netherlands, the Friesian is one of the oldest domestic horse breeds in the world. Their ancestor was the ‘tarpan’ horse which was wiped out in the 20th century by excessive human hunting. It is known as the wildest horse in history.

To know more, find out how horses are grouped into different types.

While some of the rarest animals in the world have made our list, more common animals may be no less beautiful. The Siberian Husky takes our award for canine beauty. They are elegant white and grey furred animals with piercing blue eyes, so they never fail to catch our attention. Their image evokes protection, strength and magnetism.

The glasswinged butterfly is one of the strangest and most peculiar butterflies in the world. There is much competition for the most beautiful butterfly or moth. They have some of the most beautiful designs on their wings anywhere in the animal kingdom and their graceful appearance is much sought after.

The glasswinged butterfly makes the list thanks to the texture of their wings. They are completely transparent, except for a brown edge with a white stripe. This makes them appear to change color, depending on which setting they are in. They almost camouflage against their surroundings. This exceptional ability makes them blend in with the vegetation and distracts predators.

As you can see, these animals on our list of majestic creatures are beautiful in their own way. However, you are probably thinking your favorite beautiful animal is missing. If this is the case, leave us your suggestions in the comments below.

We hope you enjoyed the article! If so, you may be interested in the 6 most powerful legendary creatures and the largest insects in the world.

If you want to read similar articles to 10 Most Beautiful Animals in the World, we recommend you visit our Facts about the animal kingdom category.

Videos related to 10 Most Beautiful Animals in the World 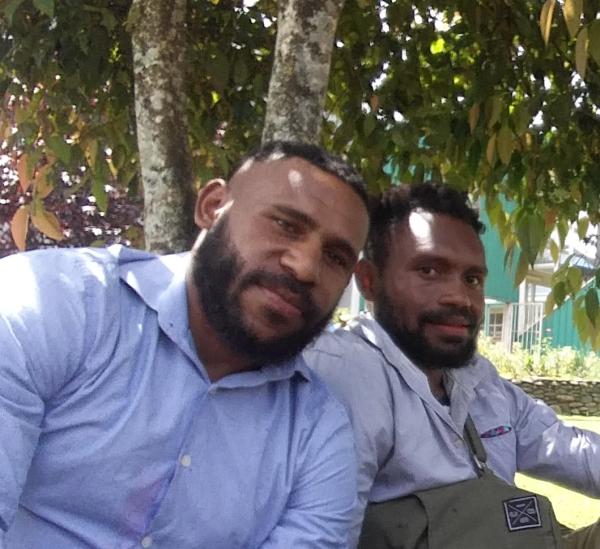 I REALLY LOVE THOSE BEAUTIFUL ANIMALS
lovely
09/04/2018
Just so you know, that peacock is a him not a her. The males are the ones with the extravagant tails.

Thank you for the info, it was an oversight on our part and we have now changed it.
10 Most Beautiful Animals in the World 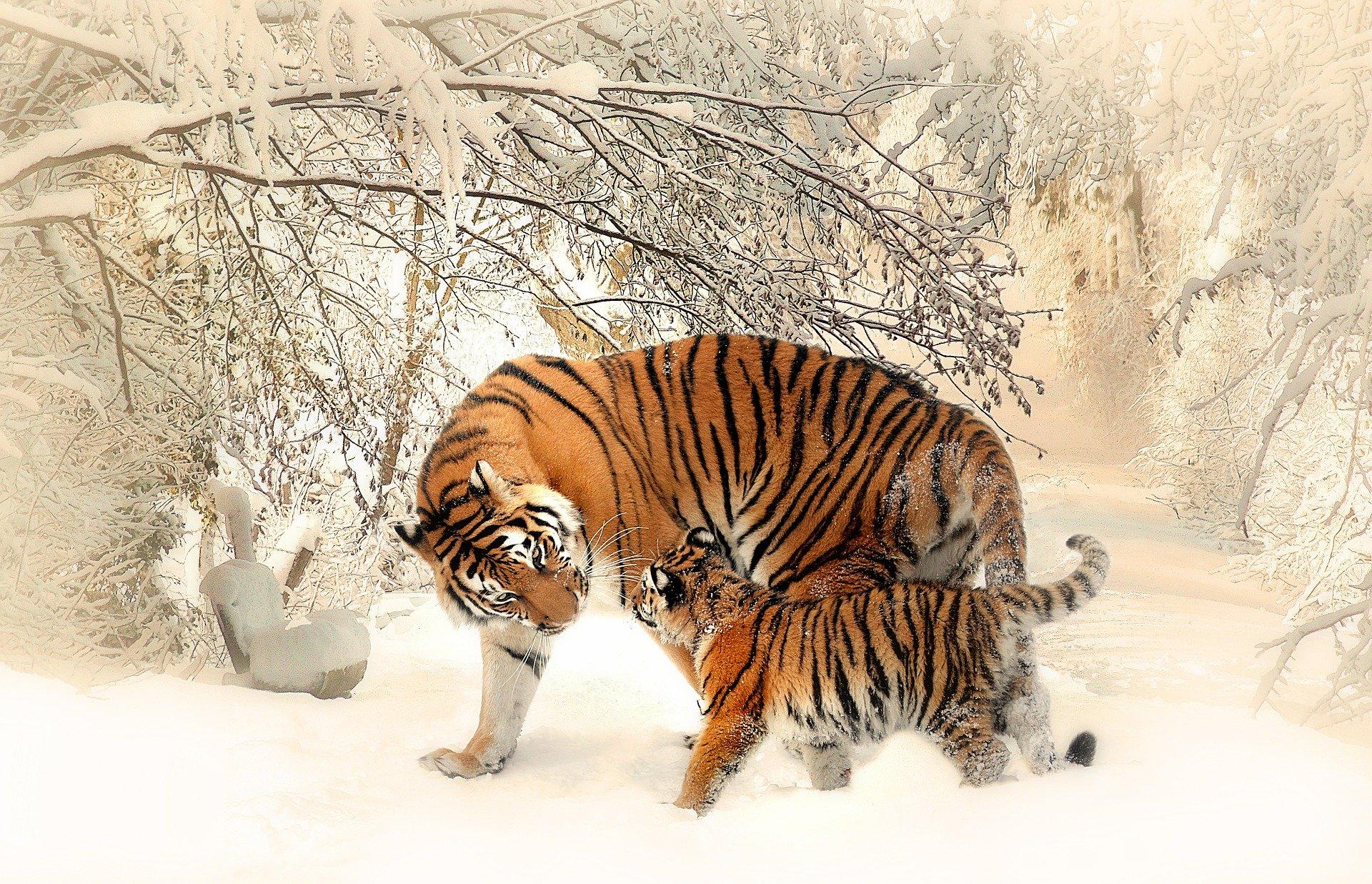 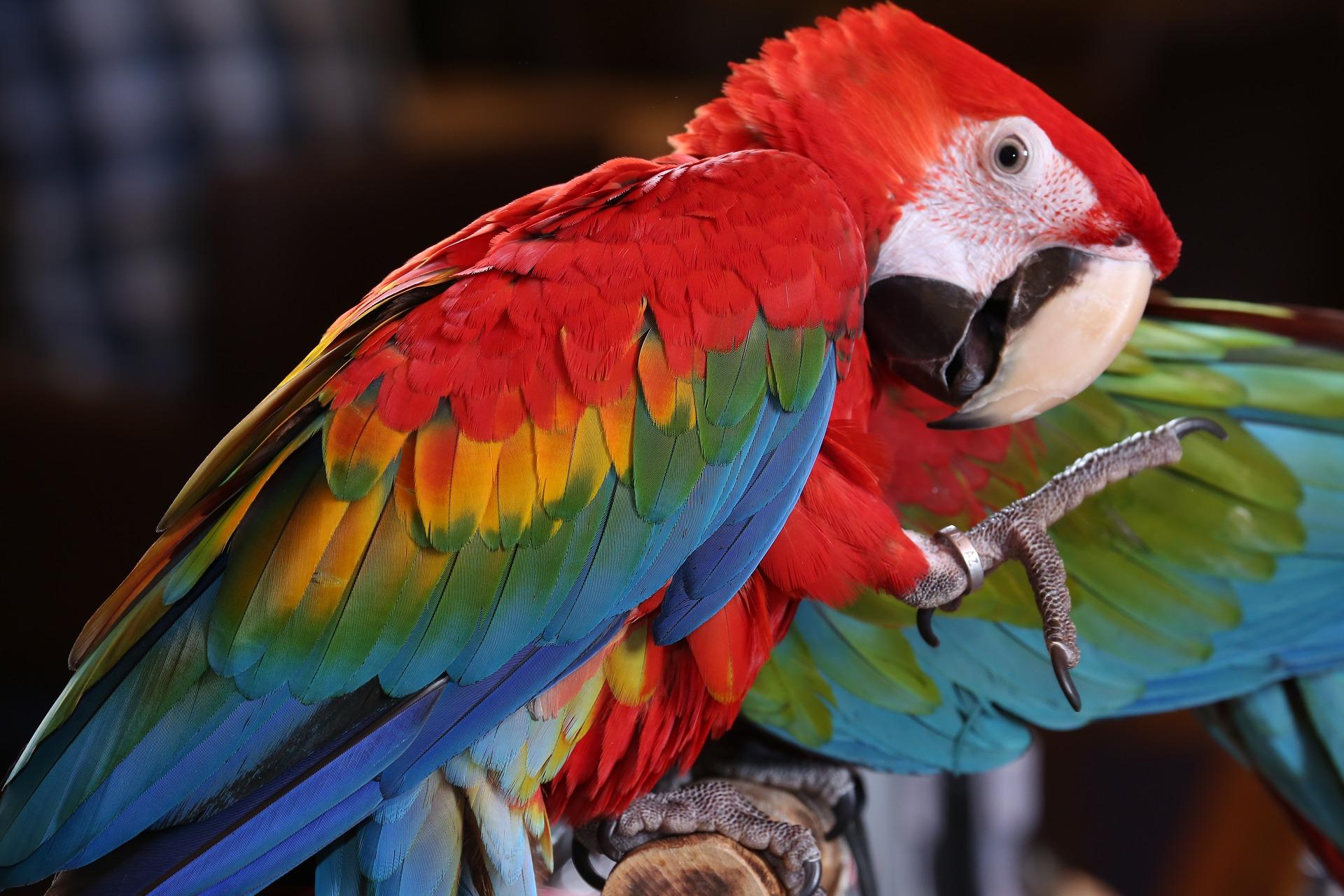 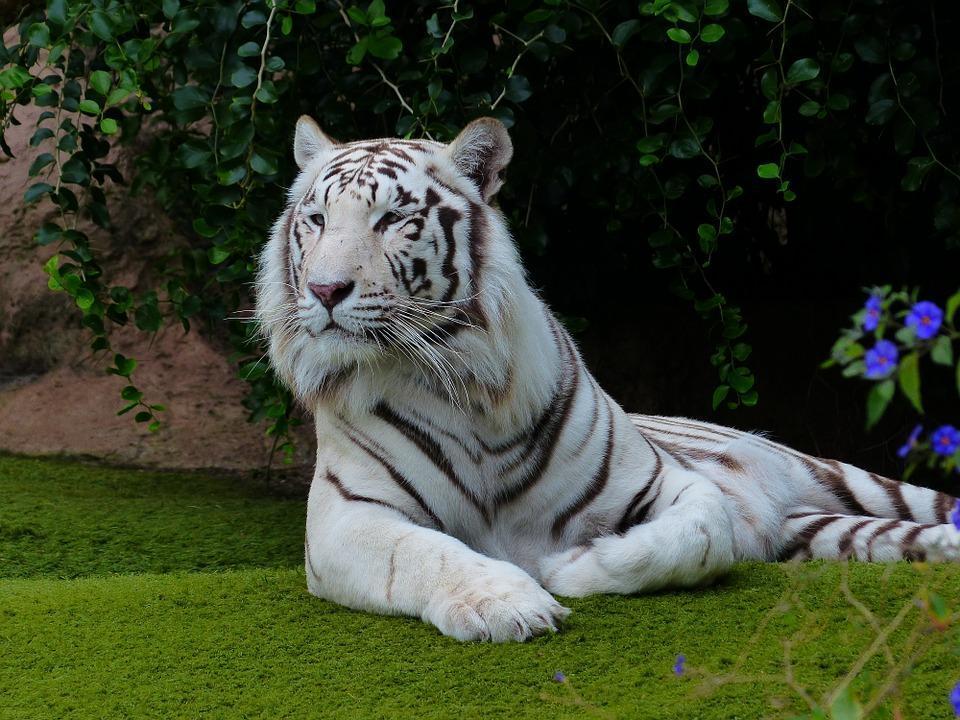 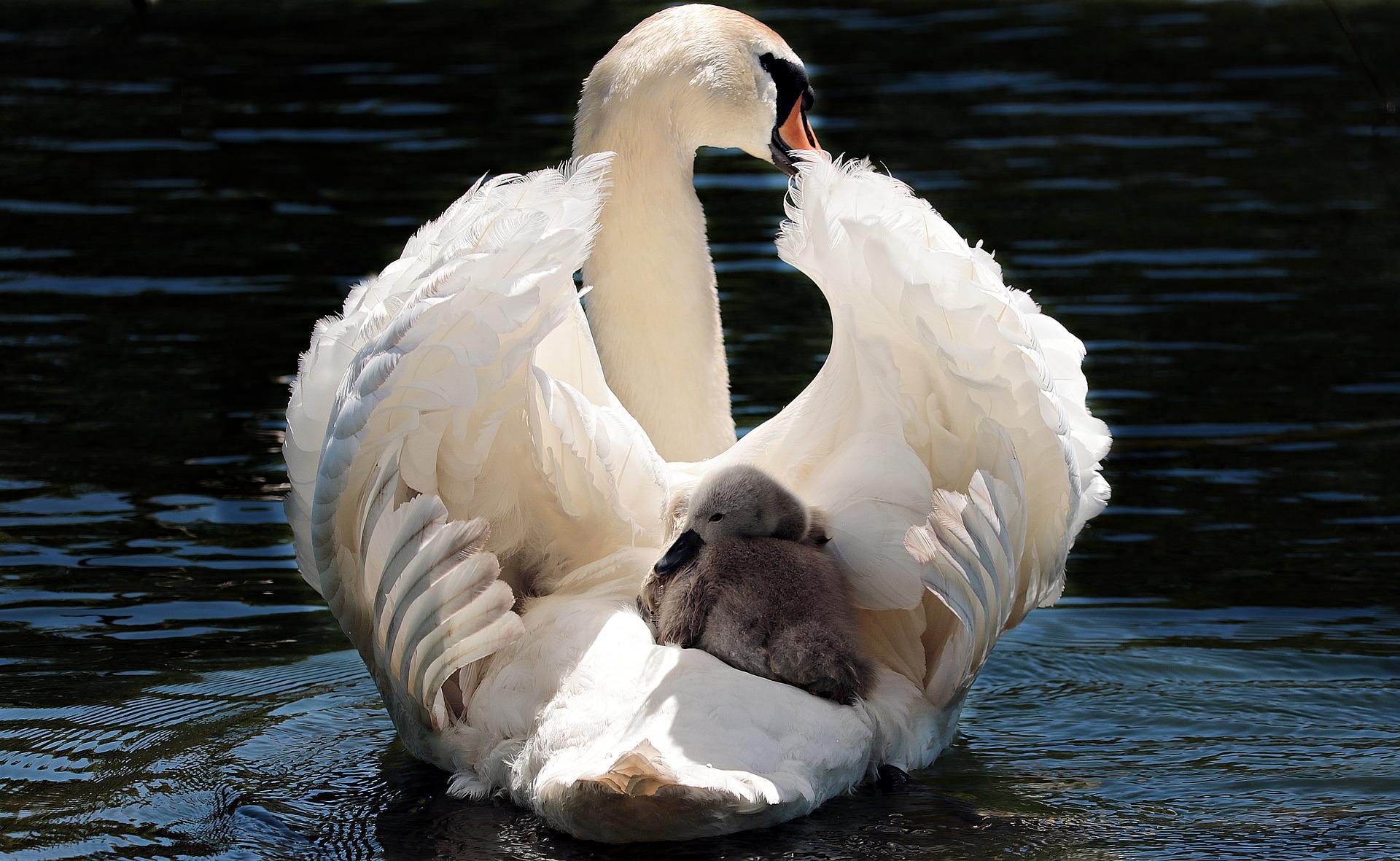 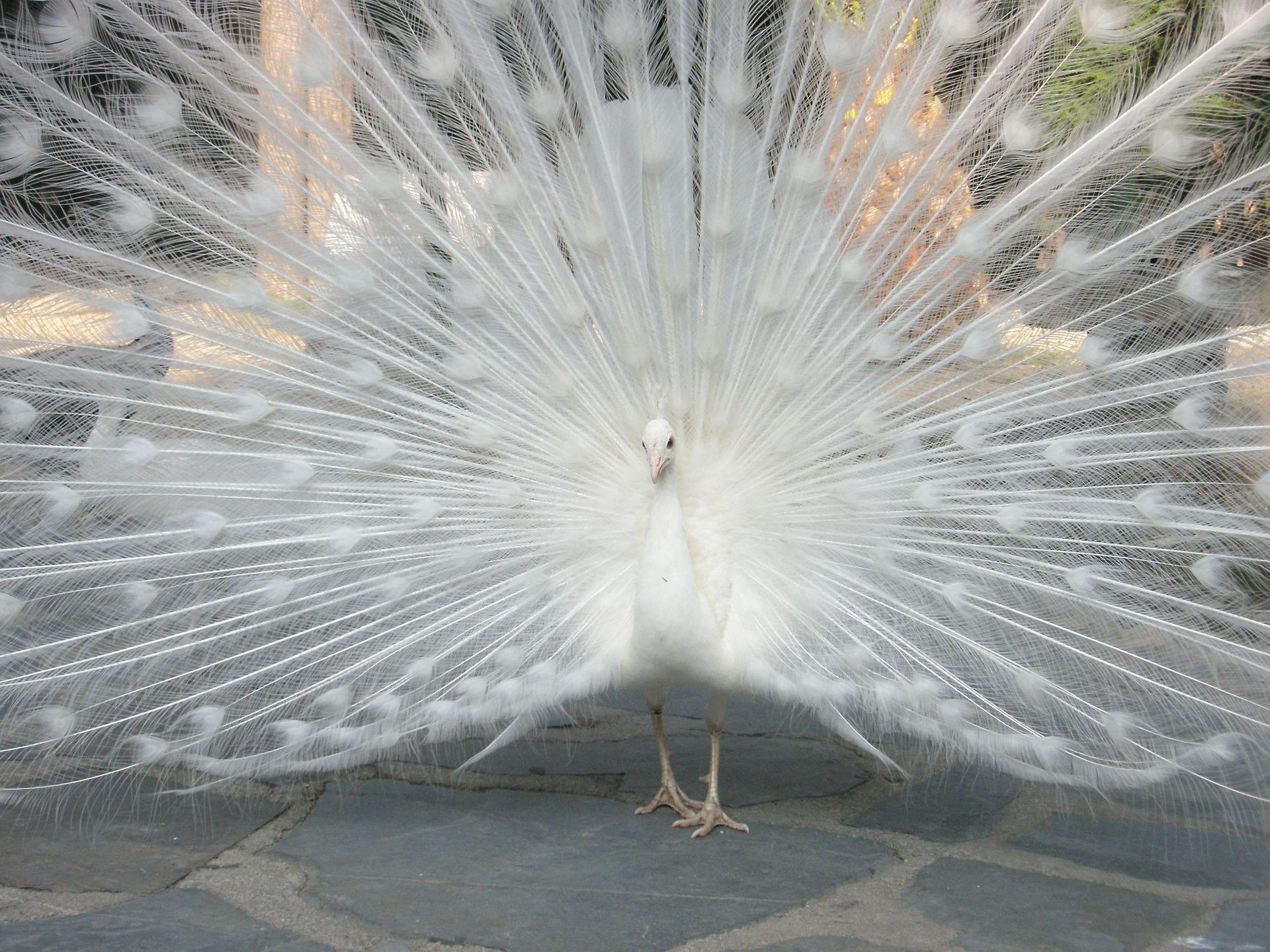 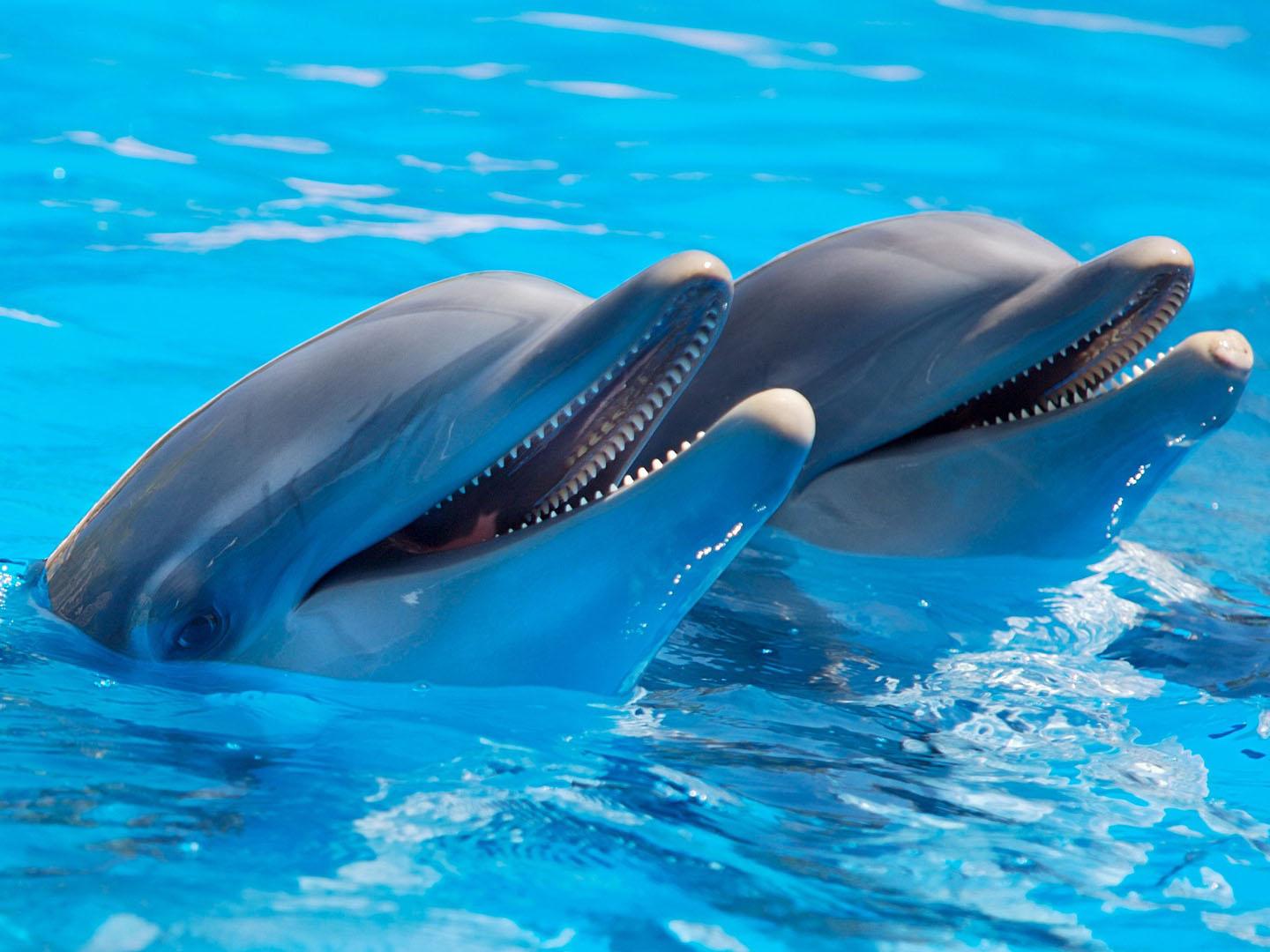 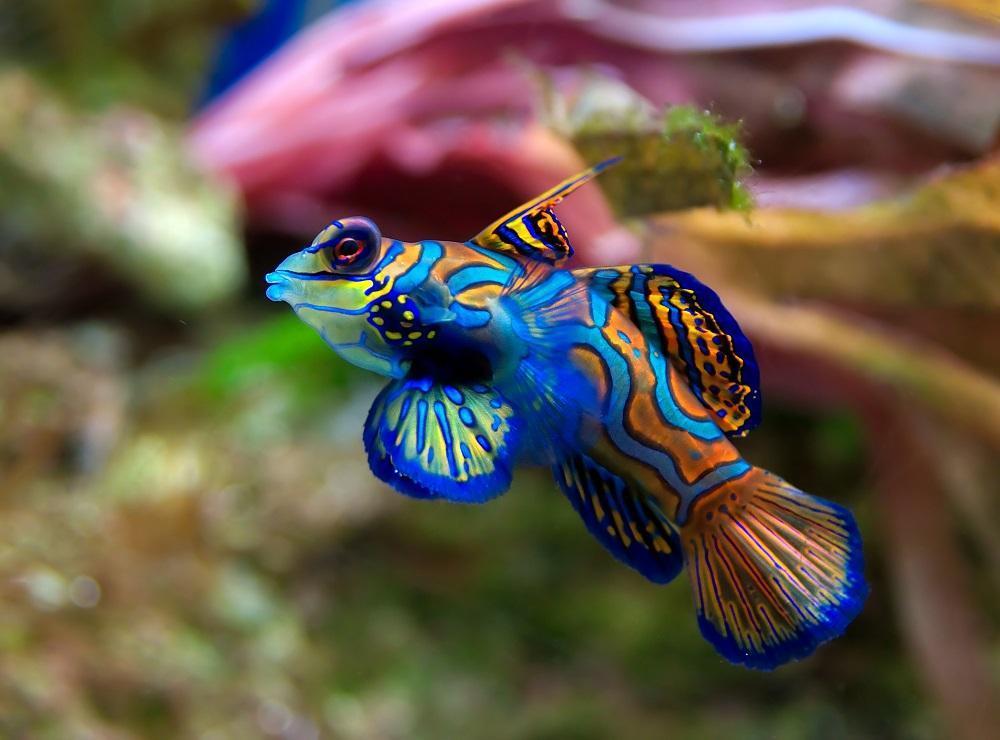 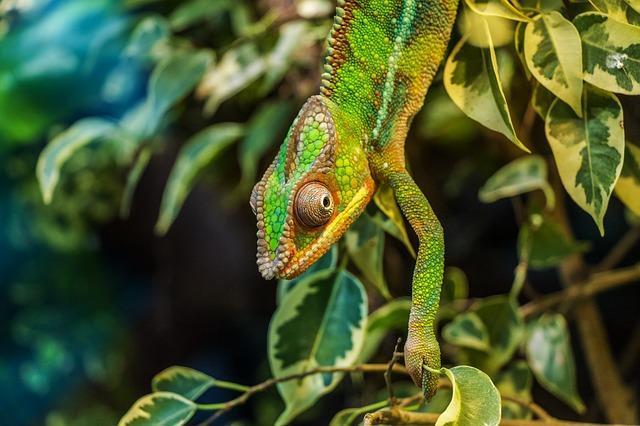 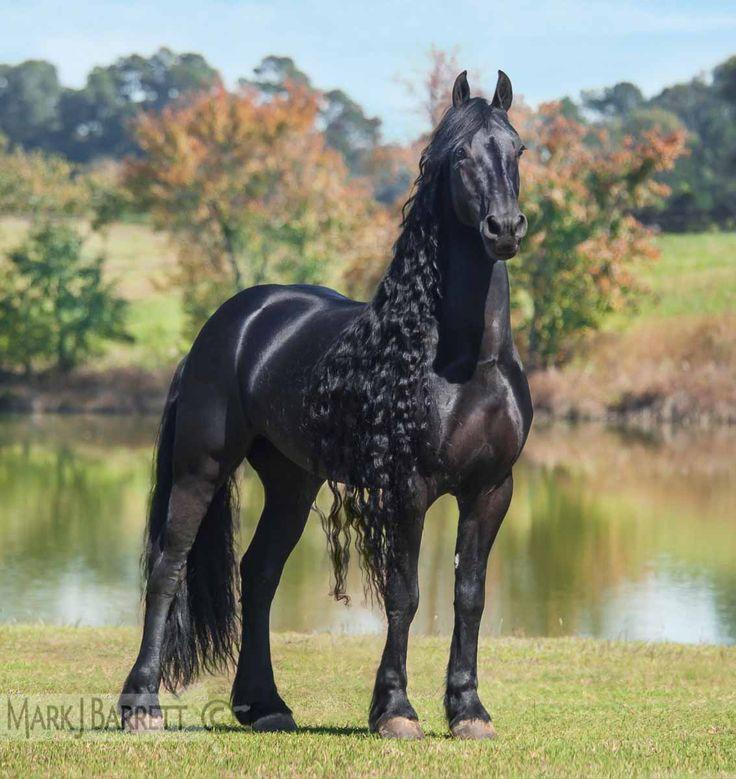 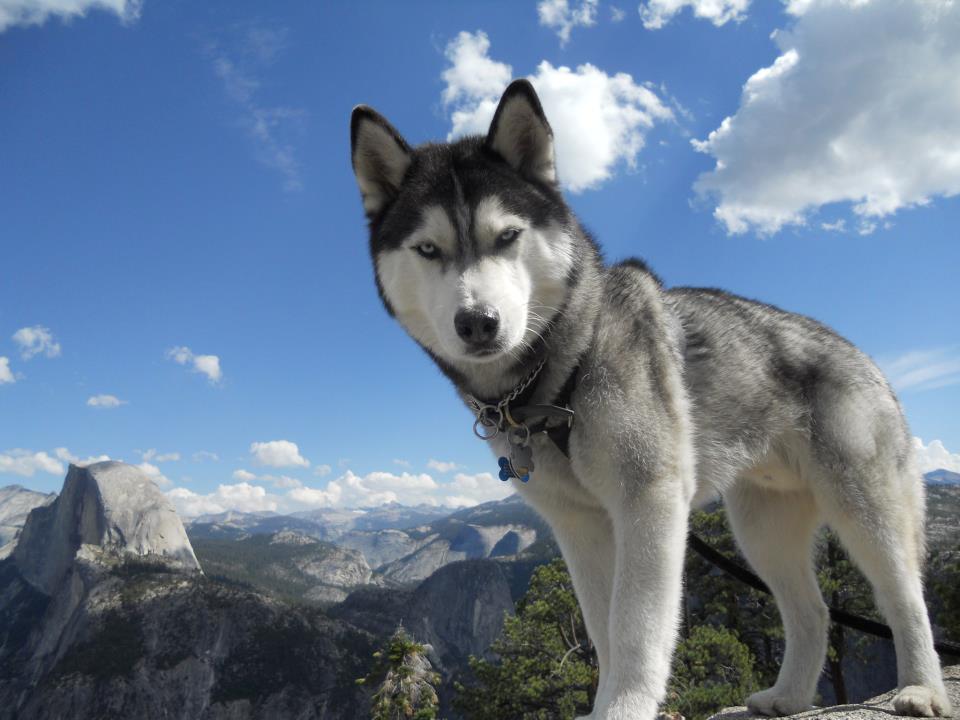 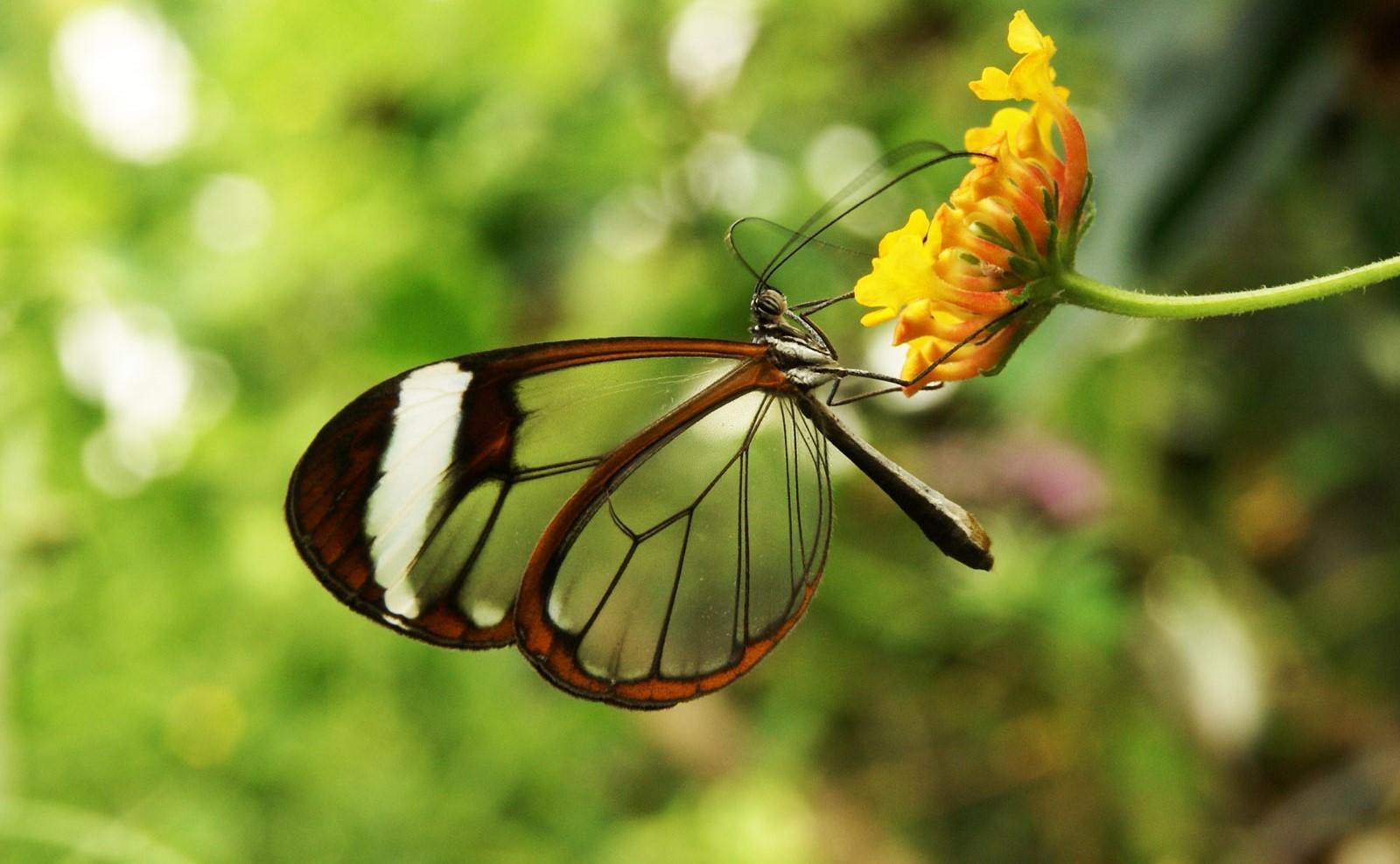