18 Rarest Animals in the World

Nature is many things. It can be as beautiful as it is frightening, as delicate as it is powerful. Our existence on this planet has many repercussions, many of which we are only beginning to understand. What we do know is that in our desire to consume and our reliance on unsustainable practices, we are detrimentally affecting large swathes of the world. The result is that many of the animals in this world are dropping in numbers. Birds, reptiles, amphibians, mammals, insects and all types of wildlife are feeling the impact.

Not all of those on our list of the 18 rarest animals in the world are rare because of human impact, but the majority are. By highlighting the preciousness of these animals, we might be able to create awareness of their precariousness. It's one of the best ways we can help ensure they stop being so rare in the future.

You may also be interested in: The 7 Rarest Marine Animals In The World

We humans are mammals, perhaps one of the reasons we feel so close to many of them. Among them are some of the fiercest, cutest and, unfortunately, rarest animals in the world. Some of these animals are giant. Others, like the elephant shrew, are not so much. Still, when compared to other small mammals, they are actually relatively large (some are up to 700 g in weight).

While they may appear to resemble a shrew more than an elephant, they are actually genetically more similar to the latter. This rare mammal's tiny trunk is just one similarity. They can only be found in Africa.

The endemic Sumatran rhinoceros have been hunted for their valuable horns for centuries. Conservation efforts have tried to keep populations up, but there may be as few as 100 left in the wild. Their habits of wallowing in mud baths during the day and solitary behavior have made them easy targets in the past. The Sumatran rhino has more hair than other rhinoceros types, giving them a very distinctive look.

A similar sad statistic links the Sumatran rhino with the Myanmar snub-nosed monkey. This is the fact that there may only be around 100 specimens of this fascinating looking Asian mammal. Mothers only have one baby each, every two or three years. This makes increasing population numbers notoriously difficult. Fortunately, they are communal and social animals (like most monkeys) which help to look after each other and the offspring.

This very rare primate is related to the lemurs of Madagascan. They have some scary looking hands and nails which make them appear as if they are out of a science-fiction movie, not a nature documentary. They use these slender fingers to get grubs and insects out of trees and other foliage. They also have a very expressive look, thanks to their large ears and surprised expression.

We have not yet been able to fully explore the depths of the world's oceans, with the majority still yet examined. This hasn't stopped us from treating it so badly we are making certain species rarer and rarer. The hagfish is one such creature. It is a jawless fish which uses its double row of teeth to latch onto prey, chew into their flesh and then consume them from within. Think the ‘stomach’ scene from Alien. While technically a vertebrate, they do not technically have a spinal column.

This is the smallest dolphin in existence. It is estimated that there are only a couple of handfuls them left on the planet. They are one of the rarest sea animals due to their getting caught in fishing nets. Native to the Gulf of California, attempts have been made to try to keep the population up. Unfortunately, illegal fishing operations are making this almost impossible and the likelihood they will be extinct in only a couple of years is great.

So-called due to their hand-like fins which help to propel them over coral, this rare fish was thought to number only 10. However, a recent exploration discovered some more off the Tasmanian coast, giving hope to future generations.

There are new bird species discovered regularly. Most of them are rare, but it can be difficult to know if they are increasing or decreasing in population sizes. We do know that some are certainly decreasing. The shoebill bird is unfortunately in this category. This strange looking bird has a bill which, you may have guessed, looks like a shoe. They use this bill to scoop up surfacing fish.

A very distinct looking bird with black plumage and long red bill. They have been dwindling in numbers, but reintroduction problems are hoping to curtail this fall.

This beautiful bird is critically endangered. Bird trapping and deforestation are the main threats to their survival. They live on scrub land in Honduras, the only country they can be found. While non-existent elsewhere in the world, they are too rare in their endemic region.

Some of the most grotesque/fascinating/eerie/beautiful species under the sea are invertebrates. The yeti crab is one which might tick all of these descriptors. These crabs have no eyes, but do have furry appendages which give them the appearance of a yeti, hence their name. They live in some of the coldest places on the planet, but congregate around hydrothermal vents at more than 2,200 m deep to stay warm. They collect bacteria for sustenance on their furred legs. Their inaccessibility means we cannot know just how big their population is, but they are certainly rare to us.

This new species of octopus was discovered in 2010 in an expedition to investigate the depths of the Canadian Atlantic coast. It is difficult to tell much about it until more information be gathered. We do know it is one of the rarest animals known to us.

At a depth of around 3,000 metres, in the Celebes Sea, this strange unknown animal species was discovered during a deep-water exploration in 2007. 9-10 cm in length and around 1 cm in width, they look like an alien species rather than something of earth.

The waters of rivers, lakes and wetlands are also home to a whole host of animal species. Here are some of the rarest. This beautiful frog is critically endangered. They are stocky, but ornately patterned and have a mating call which sounds like a human snoring. Part of the problem with their lack of numbers is the fact relatively few of the males return to mate.

This large type of leech was discovered in 2010 in the Peruvian Amazon basin. It is given such a terrible name because it is a terrible creature which feeds on the upper respiratory tract of mammals (including humans). It only has 8 teeth, but they are disproportionately large. They were found feeding on the mucus membranes of a girl who had been bathing in the Peruvian basin waters.

While some of these rare animals we have mentioned are already on the brink of extinction, here we highlight some specific creatures.

There are very few specimens in captivity of this strange and curious turtle, which look like the pig-nosed turtle. It is of Chinese origin and is endangered for various reasons, one important one being its overuse as a foodstuff.

This species is critically endangered. The last estimate was at about 100 wild specimens. Valued for their unique looking shell, they fetch big numbers on the black market. Their value has been driven so high that poachers have tried as recently as 2016 to steal individuals from conservationist sanctuaries. It is a despicable practice which makes no sense, since such behavior is simply destroying them forever.

Today, there are only 500-1000 of this beautiful antelope left in the wild. It is difficult to determine exactly why this is the case, but a combination of factors including drought, poaching and disease are believed to be at fault. There has been little in the way of conservation, despite the rarity of this animal. Fortunately, a recent effort in Kenya is using a predator proof fence to keep these animals safe and improve numbers.

Is this even an animal?

Water bears, scientifically known as tardigrades, are tiny animals (more than 1000 different subspecies of different measurements) that do not even exceed half a millimetre in size. This feature is what sets them apart from the vast majority of Earth fauna.

These tiny and strange animals are able to withstand and survive a number of different circumstances that would kill any other species, which makes them the world's strongest species. Below is a list of some of their prodigious features:

These prodigious animals have been around since 1773. They live on the wet surfaces of ferns, mosses and lichens.

If you want to read similar articles to 18 Rarest Animals in the World, we recommend you visit our Facts about the animal kingdom category.

Yes, they are very real! The question some people have is whether they are animals. As they are so small, some people think they are not and are more related to an amoeba. But they are indeed animals, specifically micro-animals as they can only be viewed under a microscope.
18 Rarest Animals in the World 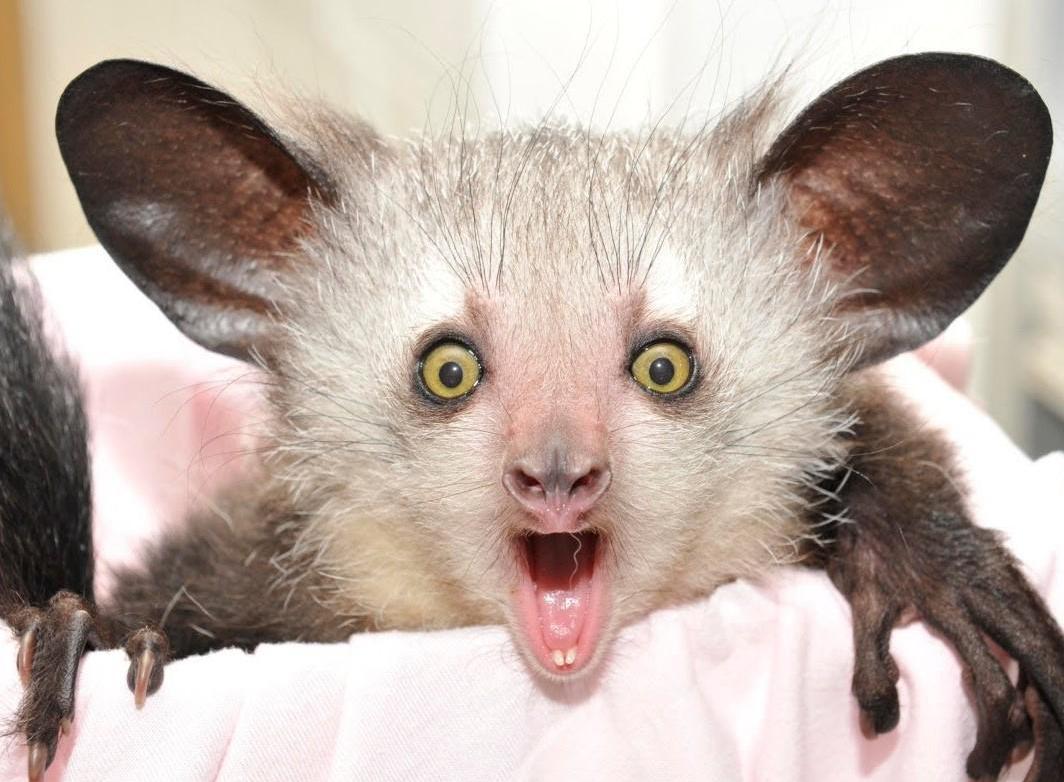 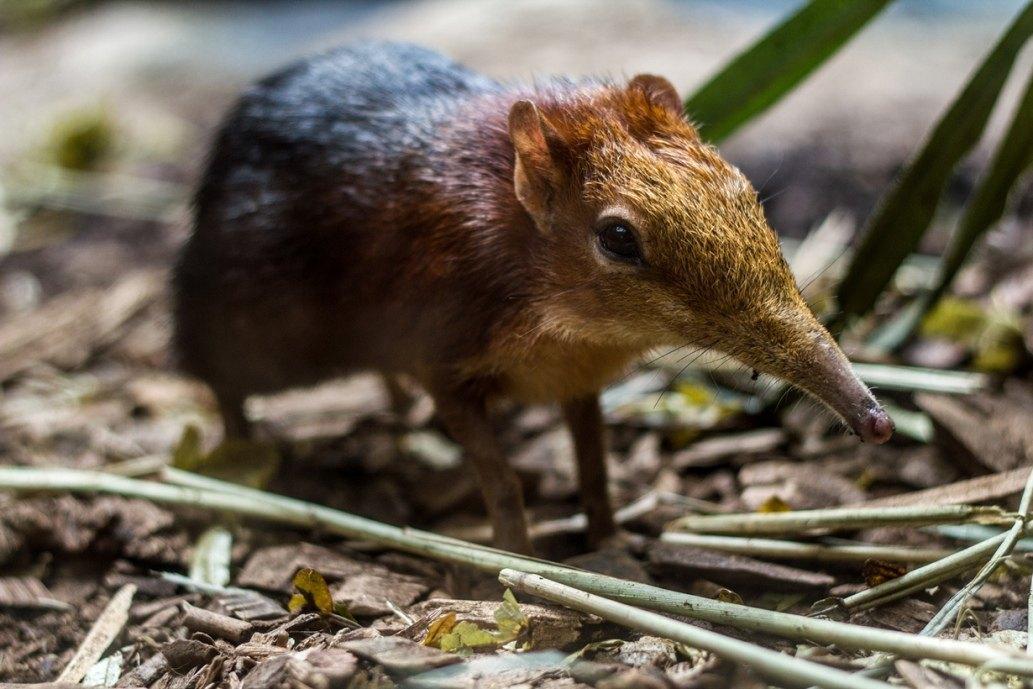 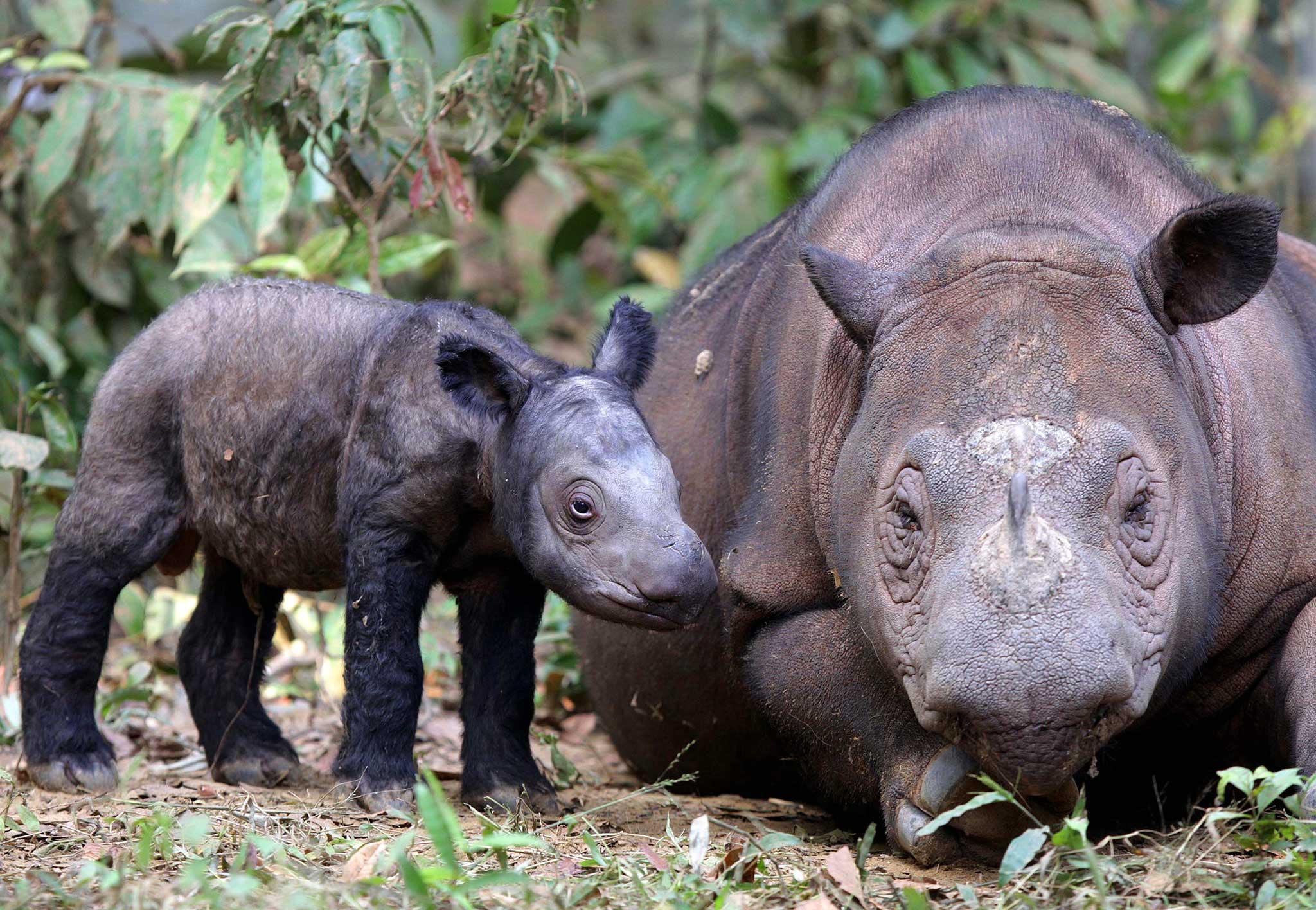 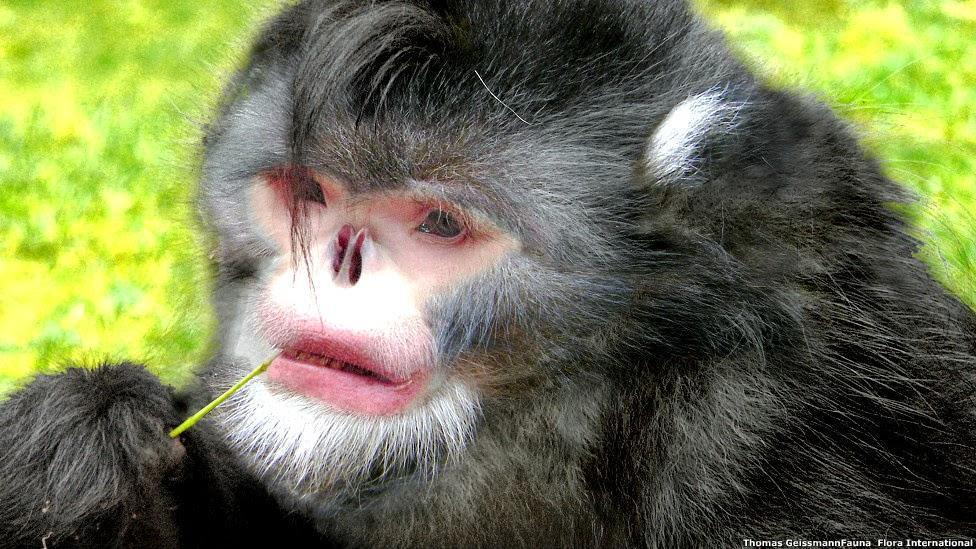 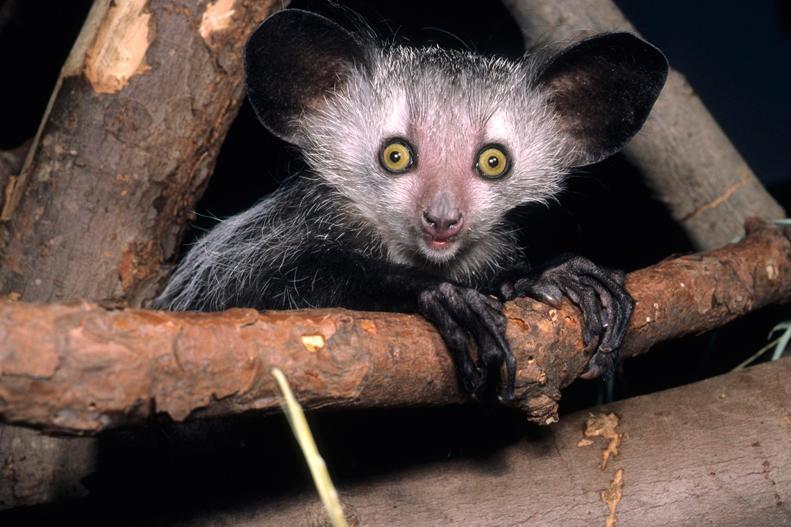 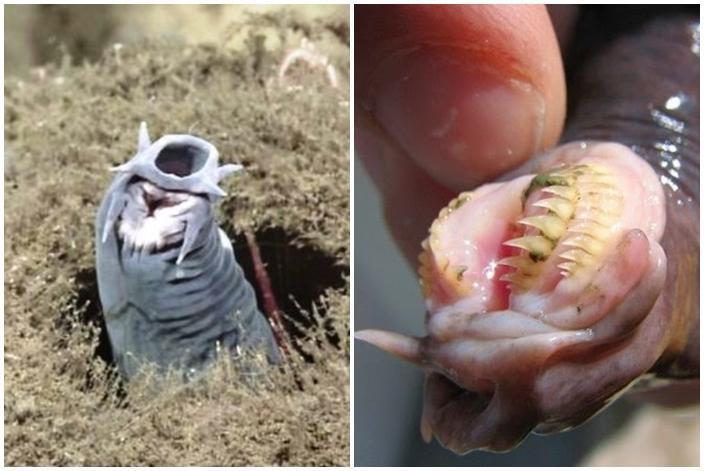 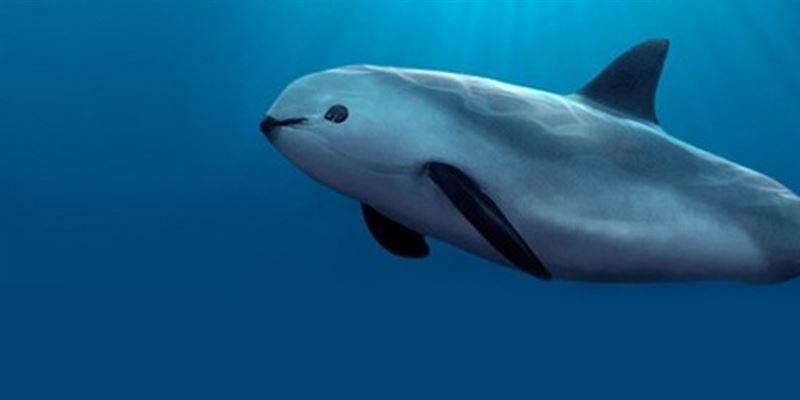 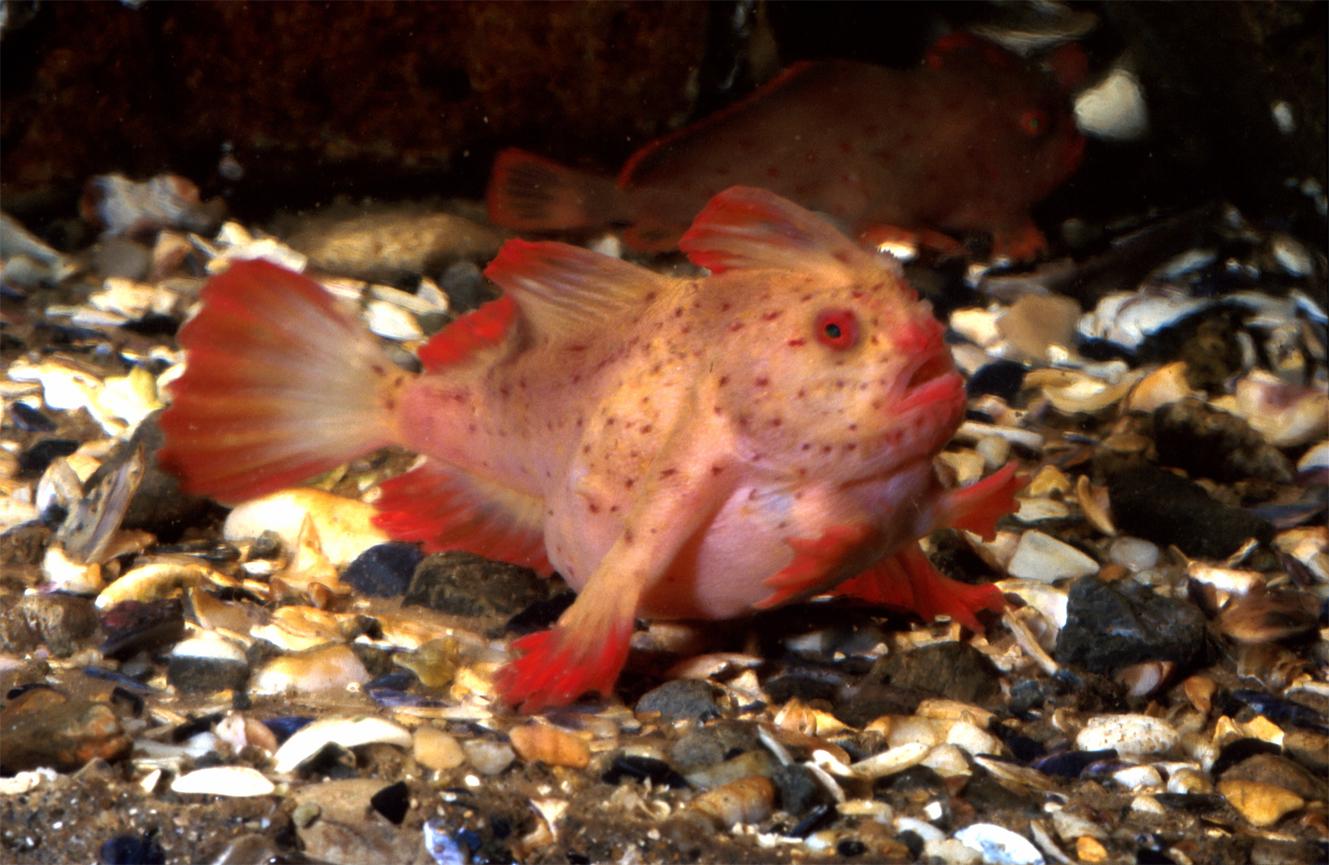 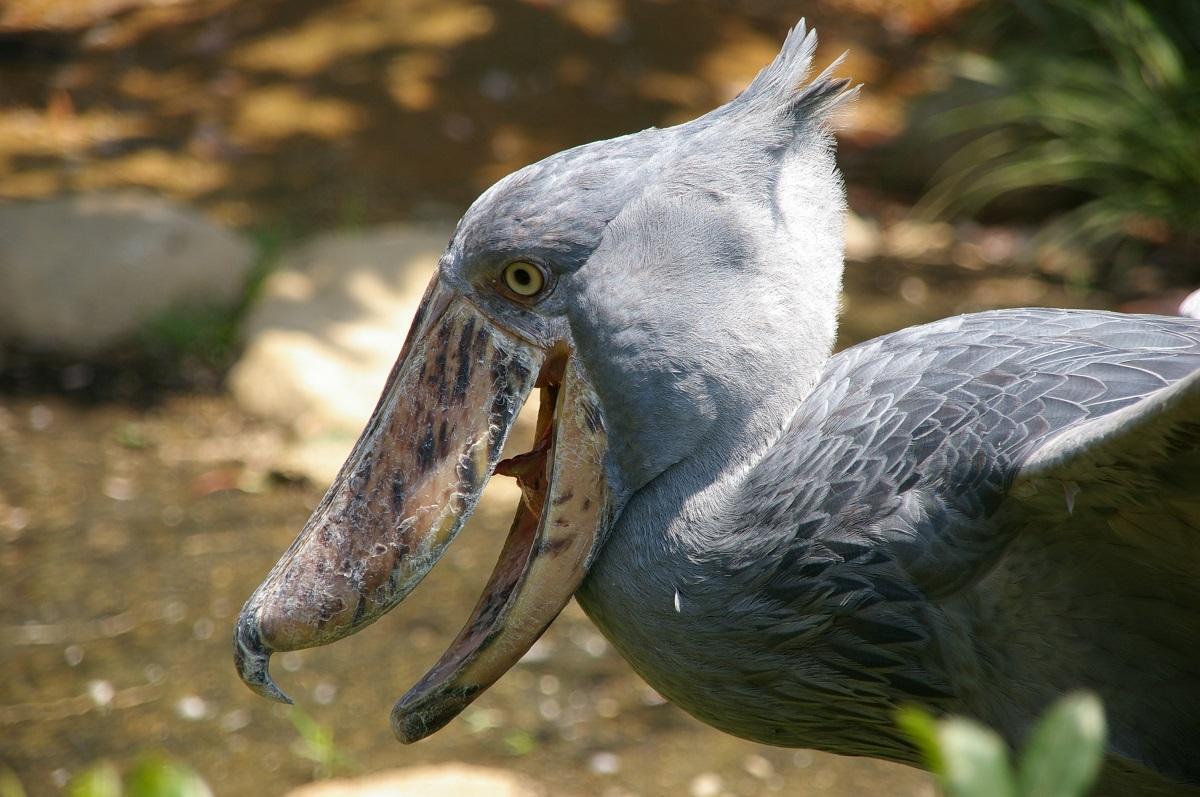 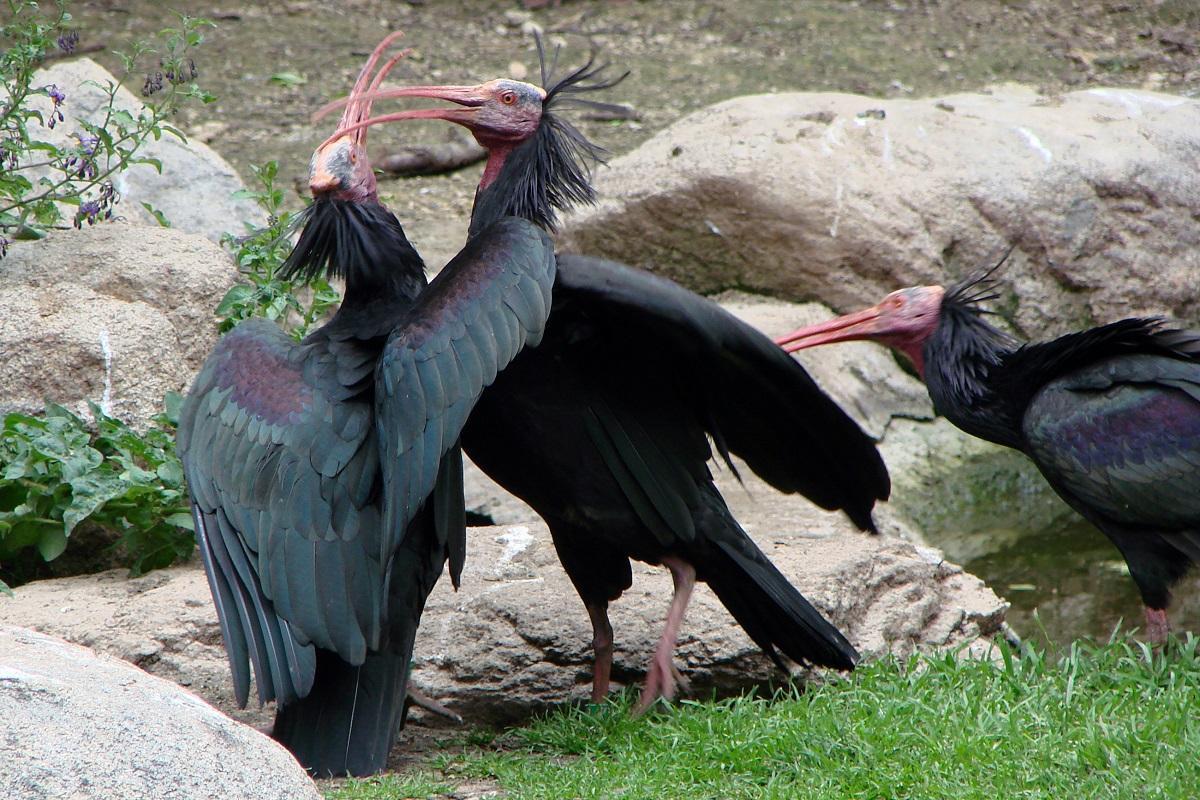 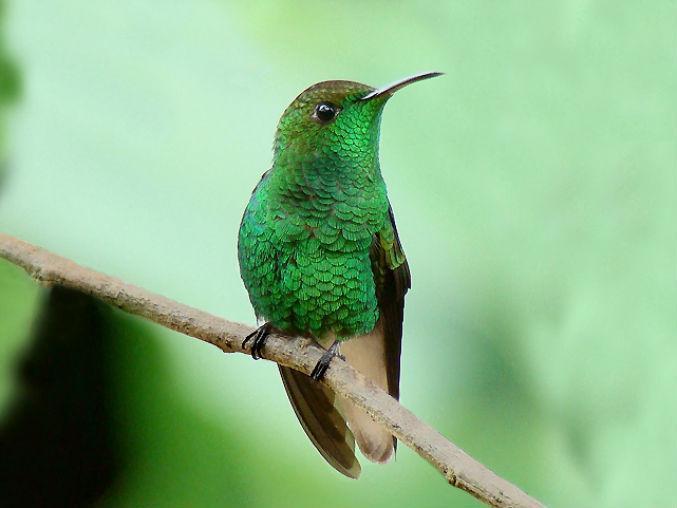 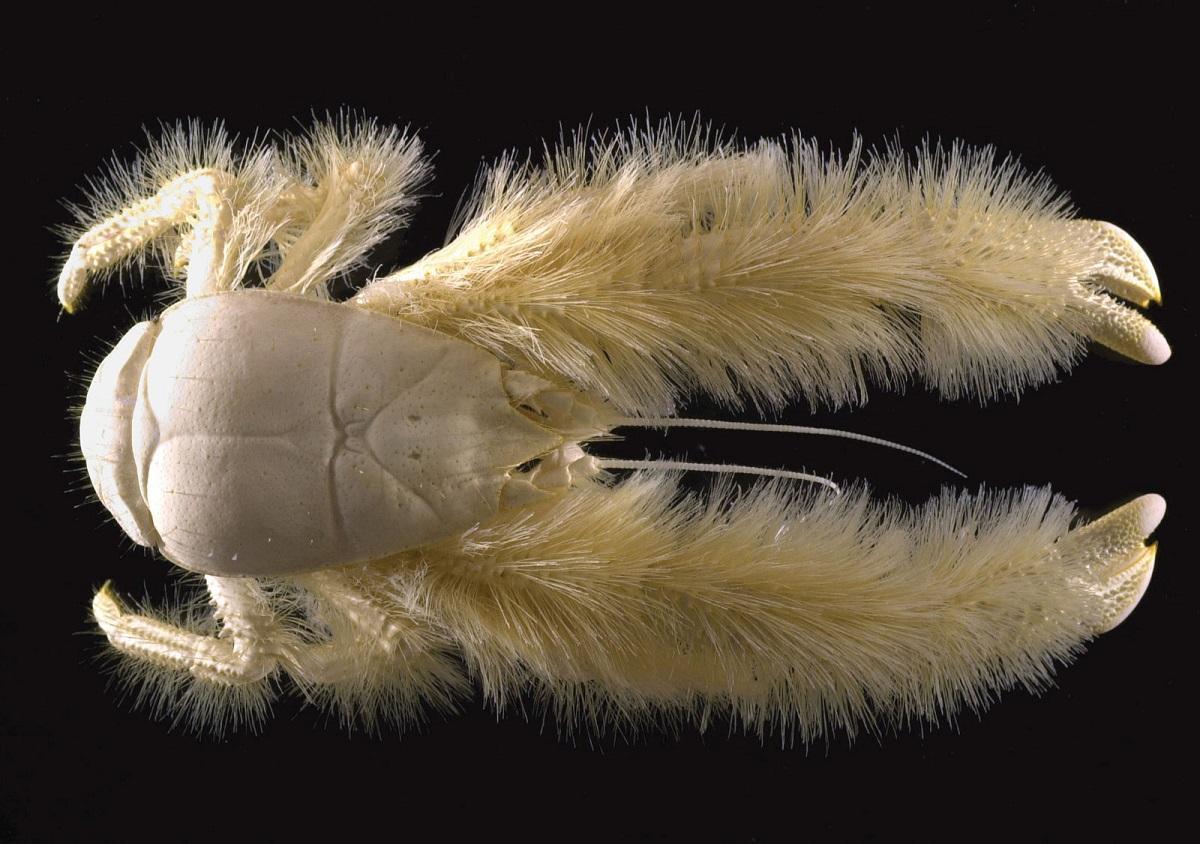 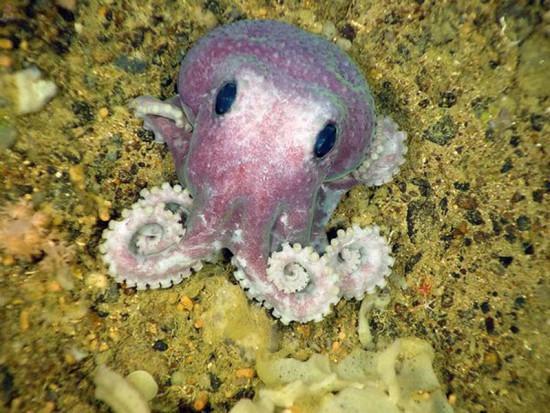 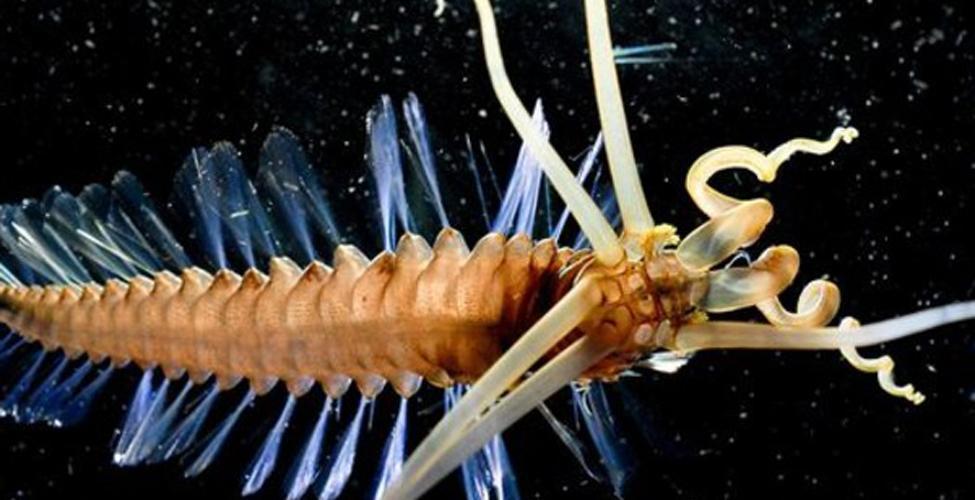 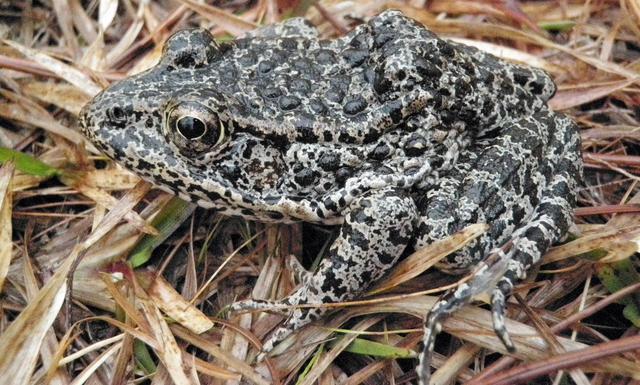 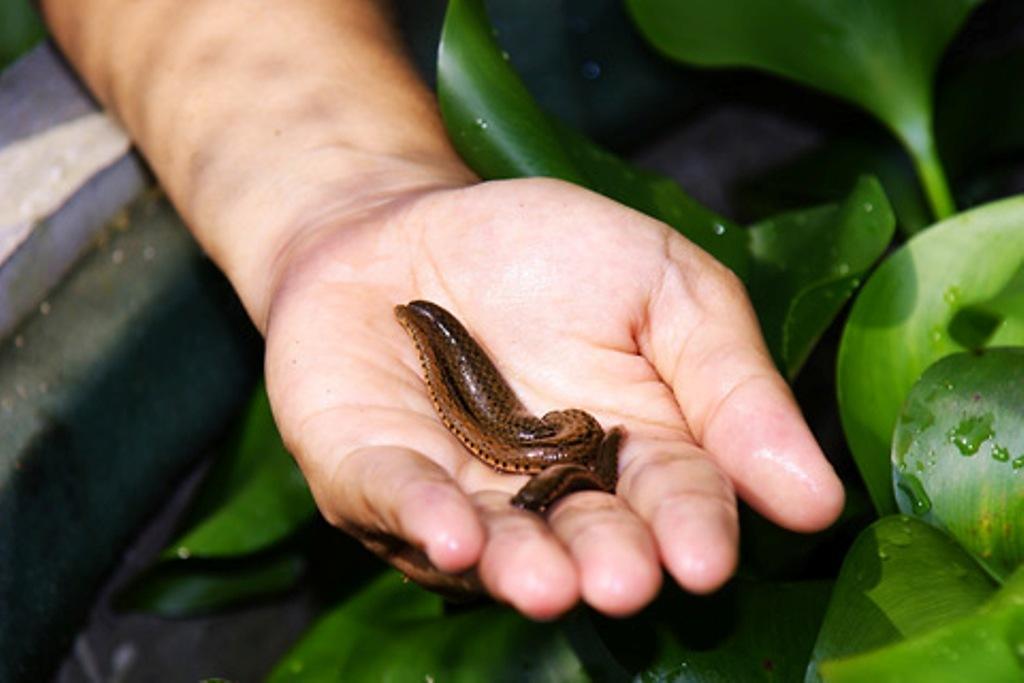 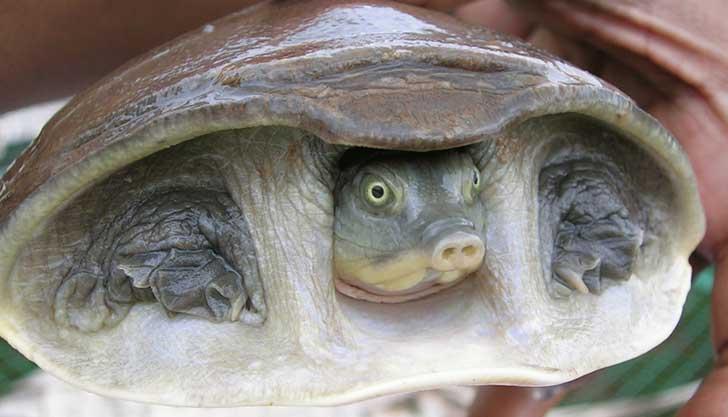 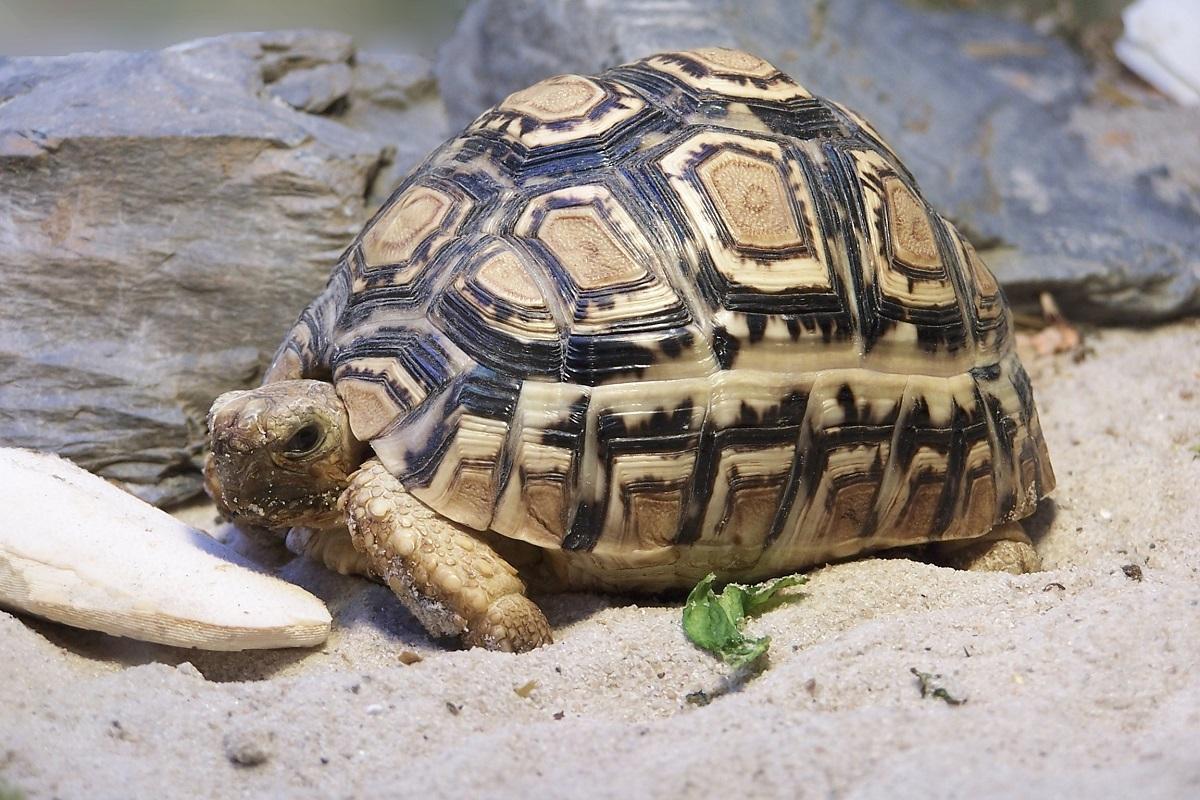 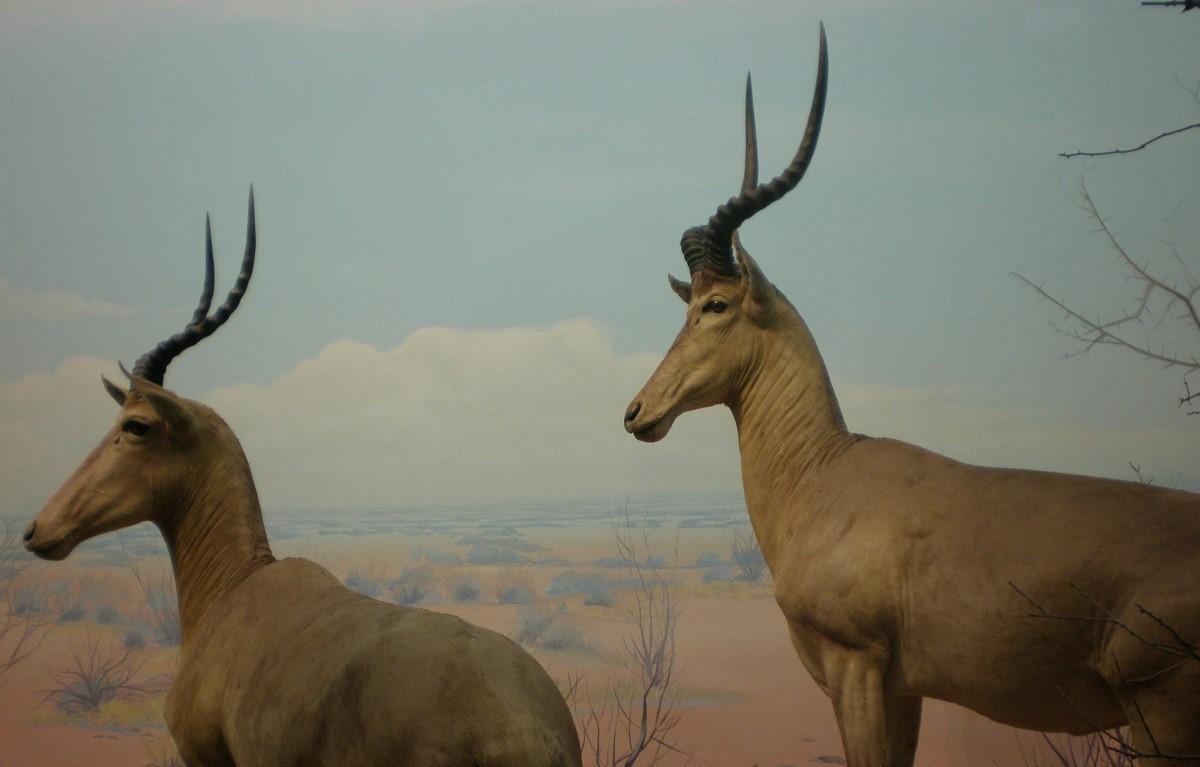 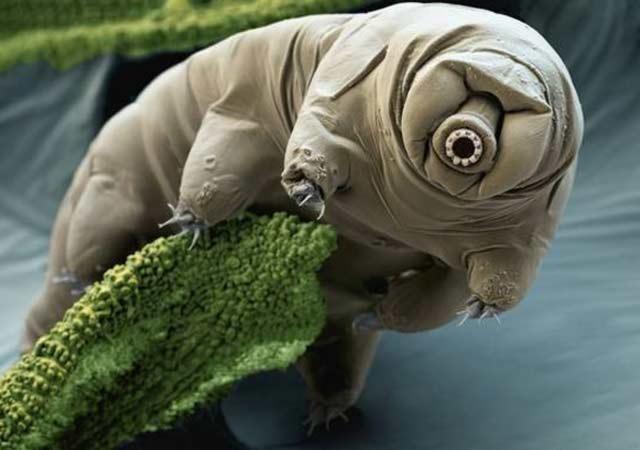