Animals That Start With I

Even the most experienced biologist will have a hard time naming all the animal species on our planet. The diversity and range are staggering. The list gets bigger since we are discovering new animal species all the time, with over 500 in 2021 alone[1]. Unfortunately, not all animal species we discover endure. Sometimes this is due to natural causes, but much too often it is the fault of human interaction. We bear this in mind as AnimalWised looks at our list of animals that start with i. We provide their names, photos and facts about these fascinating creatures, as well as information on their endangerment status.

You may also be interested in: Animals that begin with N
Contents

We start with one of the smallest animals on our list of animals beginning with i. The io moth is a winged insect which is native to various North American territories. Their wings are very distinctive, bearing beautiful patterns which have eyespots. These are spots which mimic the appearance of another animal's eyes. This mimicry is thought to help disguise them as a large animal, but the their true nature is not well understood.

The io moth is sexually dimorphic. As with many other animals, such as peafowl, the female is less colorful than the male. It is only the male which displays the eyespots. Learn more about peafowl with our article on where peacocks live.

The ibisbill is one of the few birds beginning with i. A shorebird, the ibisbill lives mainly on the riverbanks of certain countries in Asia. They have a distinctive curved red bill which they use to poke under rocks and feed on small fish and insects. They are solitary and territorial, but tend to be monogamous with their mating partner and share egg incubation.

Some of the other birds which begin with i include the Iceland gull, the inland dotterel, the indigo bunting, the ivory-billed woodpecker, Indian vulture and the Inca tern. Feel free to add any of more we left out in the comments below.

The iguana (Iguana iguana), specifically the green iguana, belongs to a family of reptiles native to central America, South America and the Caribbean. They are an animal that start with an i in English, but also in Spanish, Portuguese, French and other languages. They are characterized by their prominent dewlap (the piece of skin under their chin), long tail, spines which run down their back and scaly skin. They can vary in size, but can weigh up to 20 lb. They inhabit wet areas with abundant vegetation such as jungles and rivers.

Learn about domestic iguanas with our article on green iguanas as pets.

There are a few mammals that start with i, our first being the Indian crested porcupine. The porcupine is known for its prickly spines which they use as a defense mechanism. As a mainly herbivorous animal, they are more of a prey animal than predator, although they will eat insects and even chew on bones for minerals. The Indian crested porcupine is considered an animal of least concern, so it is not endangered. However, since they feed on farm crops, they are often killed for pest control reasons.

Rather than an individual species, Indigo snakes are actually a group of animals that start with the letter i. They include the yellow-tailed indigo snake, the Texas indigo snake (pictured below), falcon indigo snake and others. They are all included in the Drymarchon genus and are characterized by glossy black colored scales which give them their name. They will eat almost any animal they can, including rattlesnakes if given the opportunity.

The iago sparrow is one of the smallest birds on our list of animals that start with i. They are also known as the rufous-backed sparrow. Endemic to the Cape Verde archipelago, they are a flock bird which forages for mainly seeds and insects. Curiously, they are less shy of humans than many other bird species, including some of the birds they choose to flock with.

Another mammal beginning with an i, the indri is a beautiful animal which is part of the larger group of lemurs. They have black and white fur with striking yellow eyes. Their beauty is one of the reasons they have been sought out by poachers, one of the many reason they are now critically endangered. They are native to Madagascar and adult pairs are known to sing to each other for long periods.

The Ihering's antwern is a bird named after famed German zoologist Herman von Ihering. While there are differences between male and female morphology, they do look very similar with their gray plumage which displays white spots. They are very common to different parts of South America. As with the iago sparrow, they will join flocks of other birds.

Herman von Ihering was such a well respected zoologist that many species have been named after him. The Ihering's Atlantic spiny rat which is known for their coat. While they are born with soft fur, the fur along the back of their body hardens as they develop. The result is a series of hard spines which, it is believed, are used for protection against predators. While they resemble rats, they are actually genetically closer related to guinea pigs.

Other animals that start with the letter i due to being named after von Ihering include:

This list is incomplete and there are other species which still bear his name.

A subspecies of the Asian elephant (there are three in total), the Indian elephant is native to various parts of the Asian continent, not just the country from which they get their name. They are generally smaller when compared to their African cousins. Female Indian elephants have either shorter tusks than males or no tusks at all. It is these tusks which have, through no fault of their own, contributed to their massive fall in population which occurred in the 20th century. The ivory trade made hunting and killing these animals into a grim business which eviscerated wild populations. Conservationists are still fighting to preserve their numbers.

One of the most distinct turtle species, the Indian star tortoise is so-called due to the distinctive yellow star markings on the back of their shell. The shell is very tall with distinctive humps coming to a point where the star meets its center. They are main herbivorous and the shell helps to keep them disguised when they are hiding from predators. Females are significantly larger than males.

The Indian star tortoise has been highly prized in the exotic pet trade. For this reason, they are now considered ‘vulnerable’ on the IUCN's Red List of Threatened Species.

The impala is a mammal beginning with i which inhabits forests and grasslands of the African continent. They stay near water sources so they can remain hydrated in the often intense heat of their habitat. Their fur is reddish on the top, while they have paler hues on their undercarriage. They also have characteristic black marks on their ears, tail and hind quarters.

A herbivorous animal, the impala's diet is based on fruits, plants and leaves. They are an antelope species which lives in various Southern and Eastern parts of the African continent, moving seasonally as they prefer woodlands during the wet season.

Technically the ‘i‘wi begins with an inverted comma, but the first letter is an i. This is due to the fact its native land is Hawaii where it was given its name and this use of punctuation is common in the Hawaiian language. It is also sometimes known as the scarlet honeycreeper. This bird is characterized by its red plumage with black wings. They have an elongated and curved beak which is used to extract nectar from flowers. Their diet is supplemented with small arthropods such as butterflies or centipedes.

The ibex is a type of wild mountain goat. The Iberian ibex is the only animal on our list of which all the words in their name start with i. They are known for their characteristic horns on their head. They use these horns to defend themselves against predators and as part of their mating habits as they fight rival males. They live in high rocky areas and they are particularly adept at traversing terrain many animals struggle to cover. This is even so during periods of heavy snow.

One of the last of the animals that start with i on our list is the ibis. There are many different types os this wading bird, all within the same subfamily Threskiornithidae. This also includes spoonbills. The sacred ibis is one of the most beautiful, with its black head, legs and wingtips and white body. Their elongated and curved beak allows them to access food resources other birds cannot.

Other animals that start with i

While we have provided our list of 15 animals that start with i, we want to share some bonus animals in this last section:

The Indochinese tiger is a subspecies of tiger found on the Asian continent, specifically in isolated forests or in mountainous areas. This makes it a very difficult animal to find. This is bad for conservationists who want to monitor population numbers, but the upside is that poachers also have the same difficulty locating the animal. The species is currently endangered, in a large part due to habitat destruction and population isolation.

The second Indian turtle on our list of animals beginning with i, the Indian black turtle is not always black. Their shell can have varying colors of reddish brown or even yellow on it. They love to bask in the sun and live in various bodies of water including rivers, marshes and ponds.

The Irish Wolfhound is one of various wolfhound breeds and measures an average 75 cm at the withers. They have semi-long hair which can be of variable colors between black, gray, white and red. Both of their ears are small, but they have a characteristic elongated snout.

Another animal beginning with i due to its native land, the Iberian lynx is a type of wild cat which inhabits forests and woodlands of the Iberian Peninsula. hey feed mainly on rabbits, but also hunt birds, amphibians and small mammals.

The Indian palm squirrel is also known as the three-striped palm squirrel thanks to its distinctive white markings along its back. They weigh 100 grams and eat mainly fruit and nuts. This squirrel lives in India and Sri Lanka, where it makes small nests with grass and tree branches.

The last of this list of animals that begin with the letter i is the Indian Rhinoceros. t has only one horn instead of two, unlike other species, which is located at the top of its snout. This is one of the smallest species of rhinoceroses. Its diet is herbivorous and its habits are solitary.

Here we have provided 30 species of animal which start with the letter i. There are many more we haven't mentioned, although they will be more obscure. Please leave your comments with your favorite animals beginning with i so we can help complete the list.

If you want to read similar articles to Animals That Start With I, we recommend you visit our Facts about the animal kingdom category.

Animals That Start With I 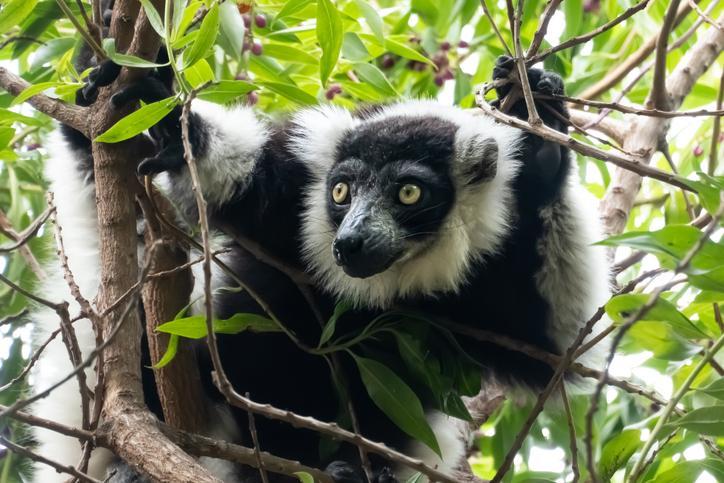 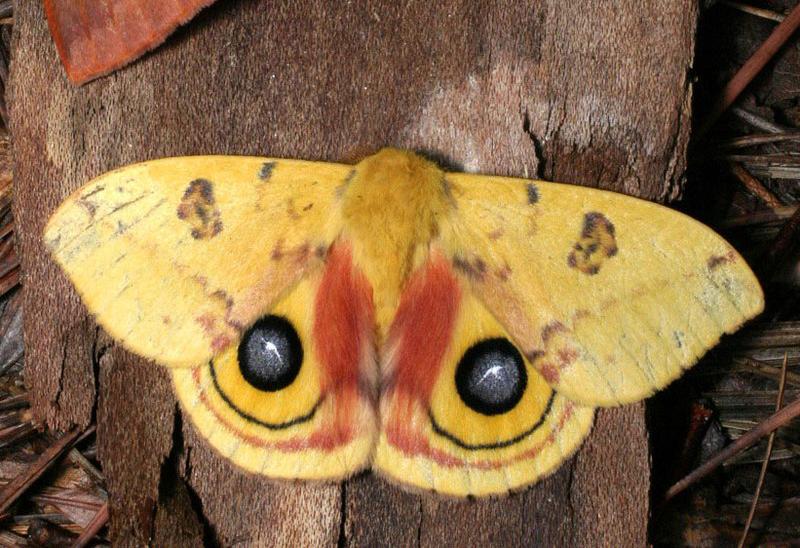 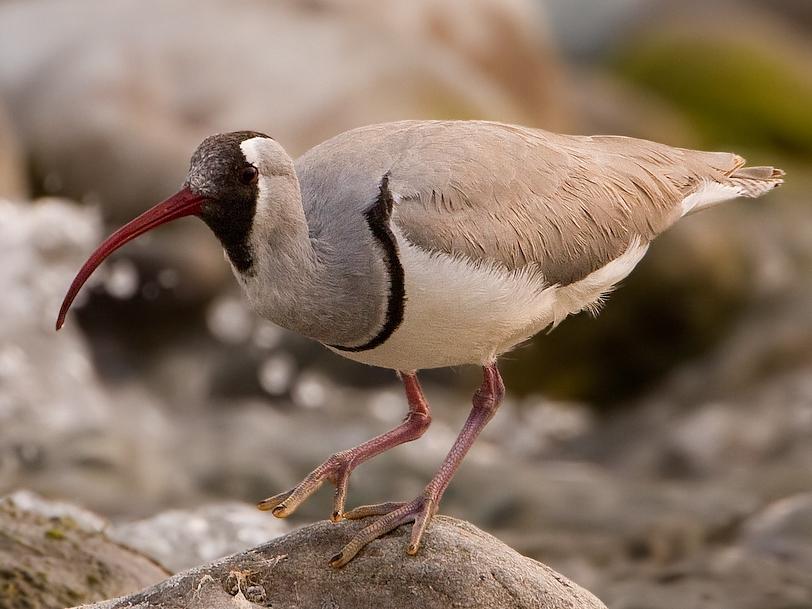 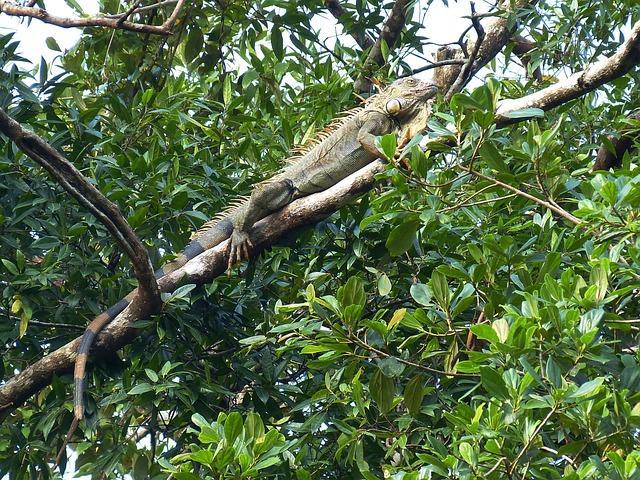 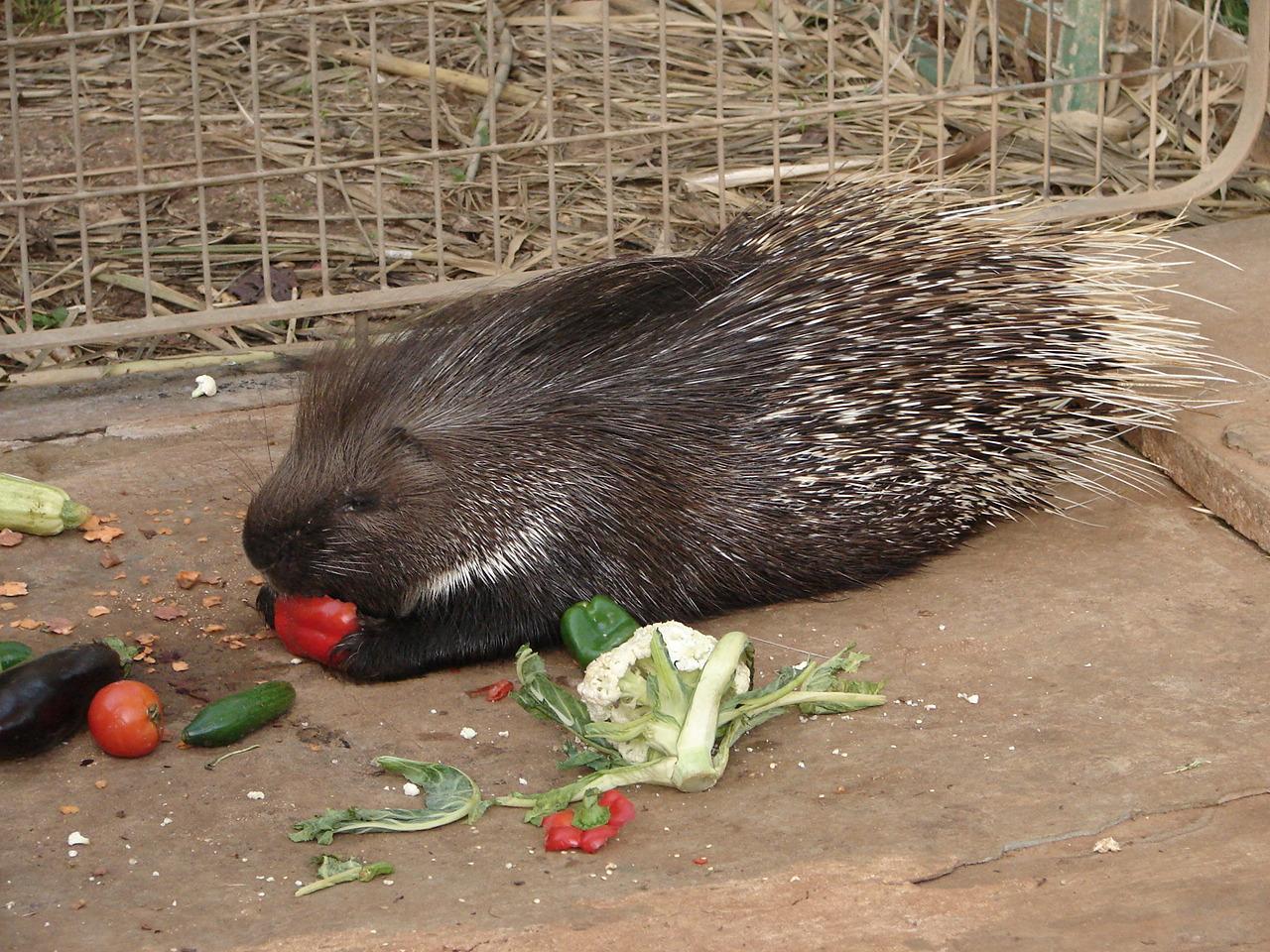 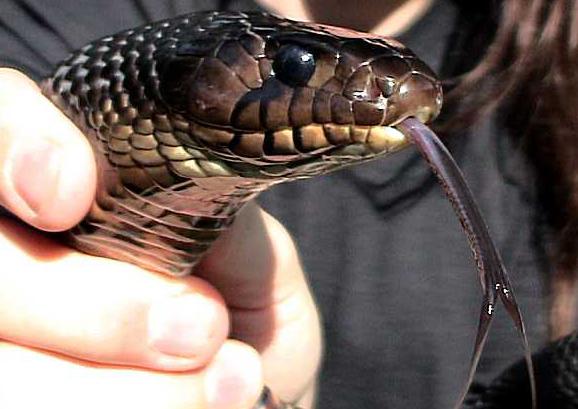 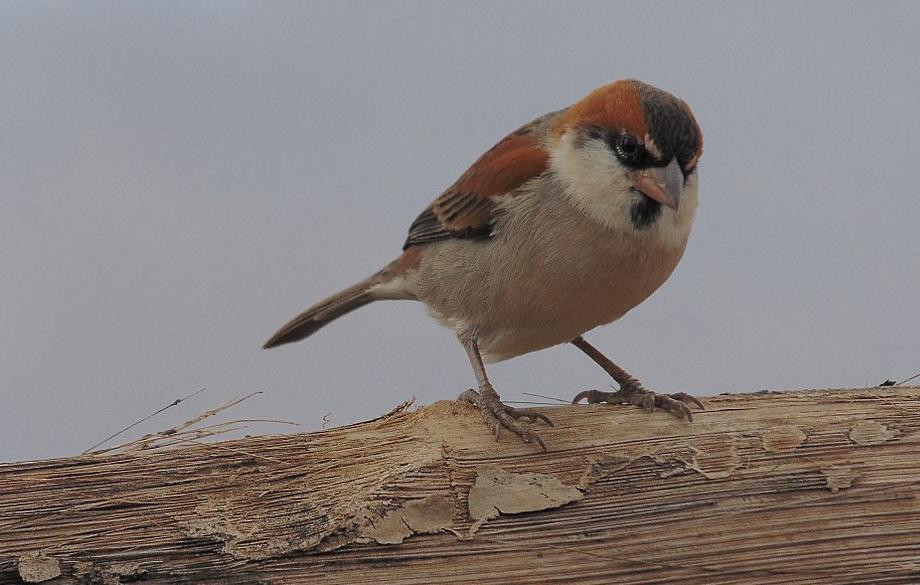 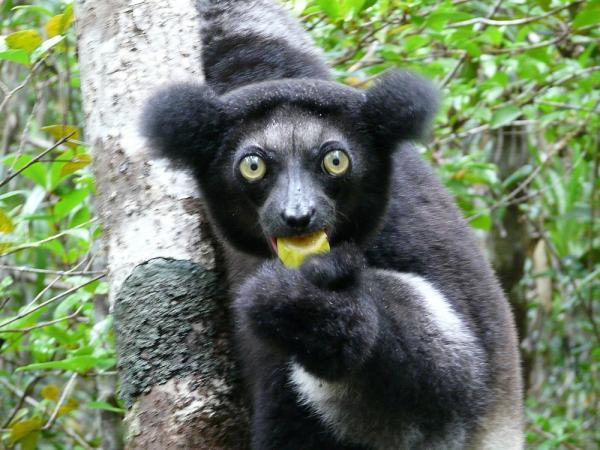 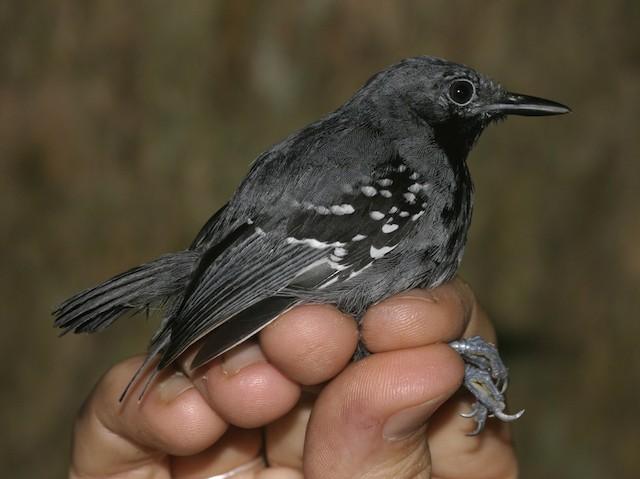 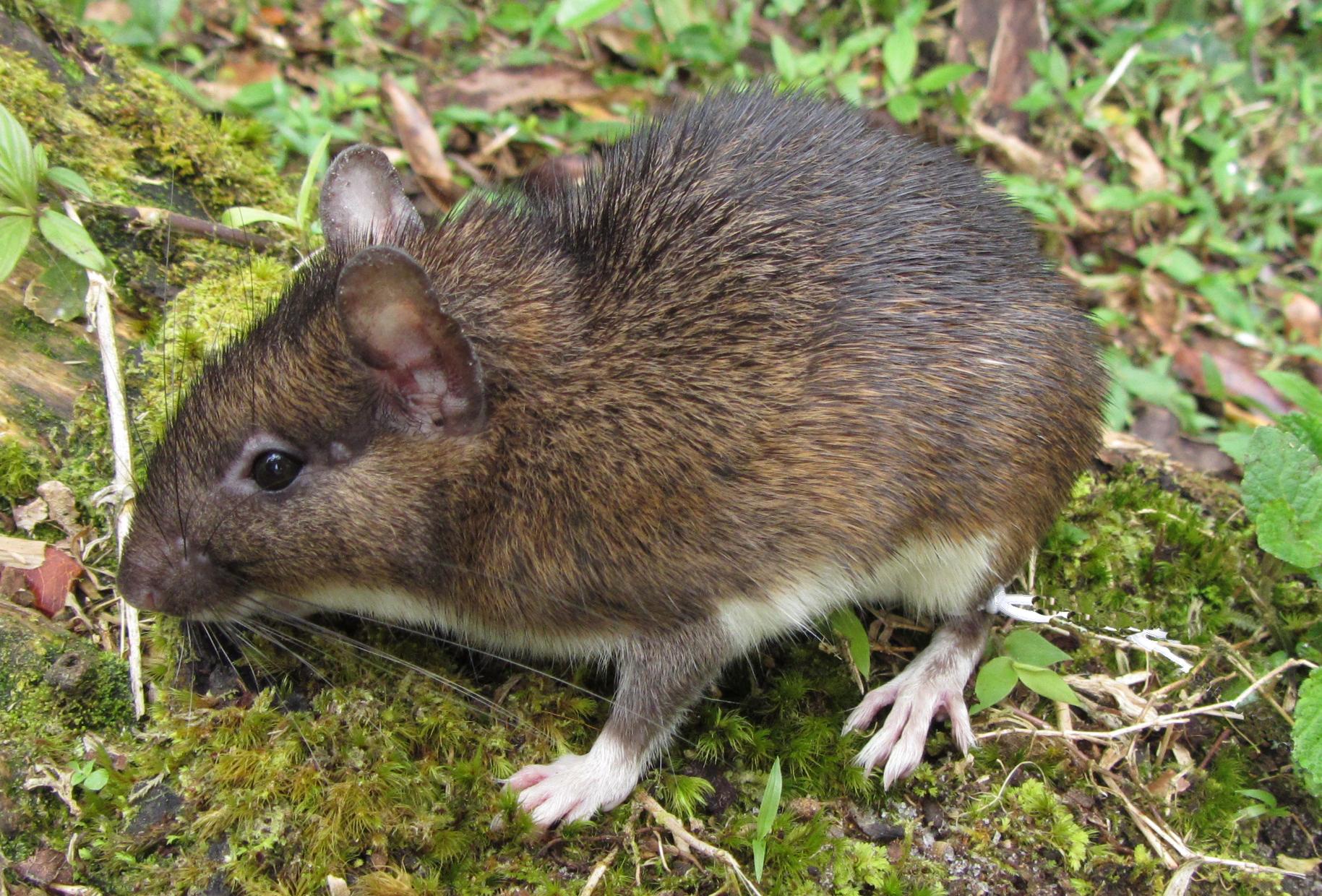 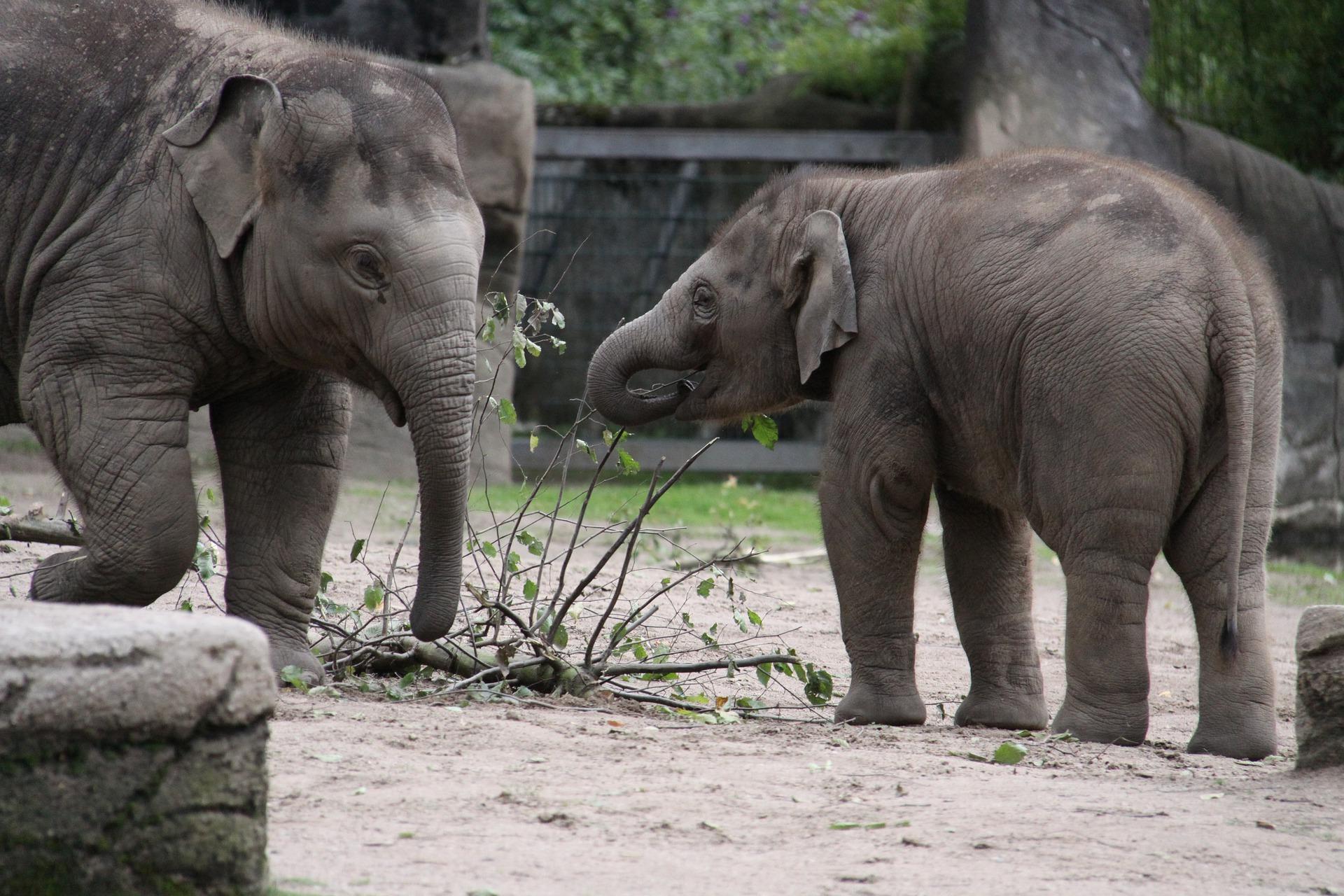 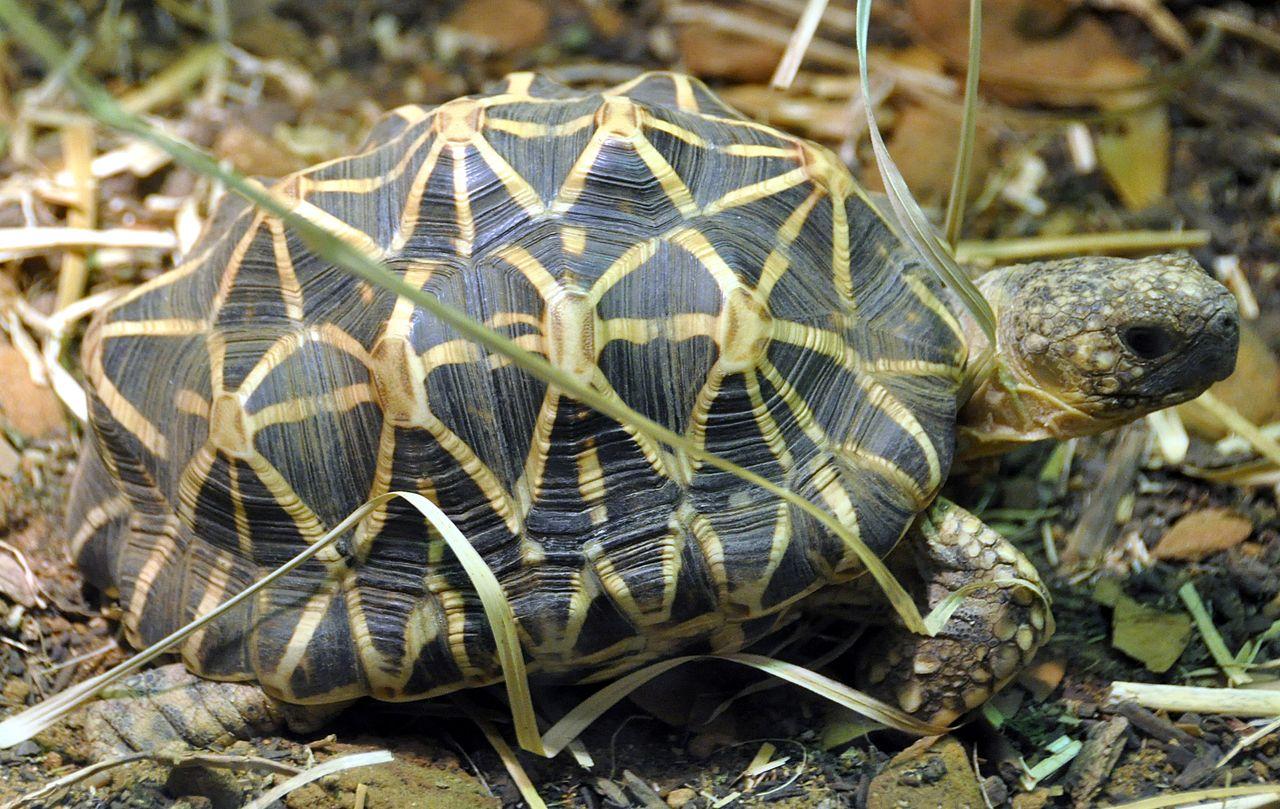 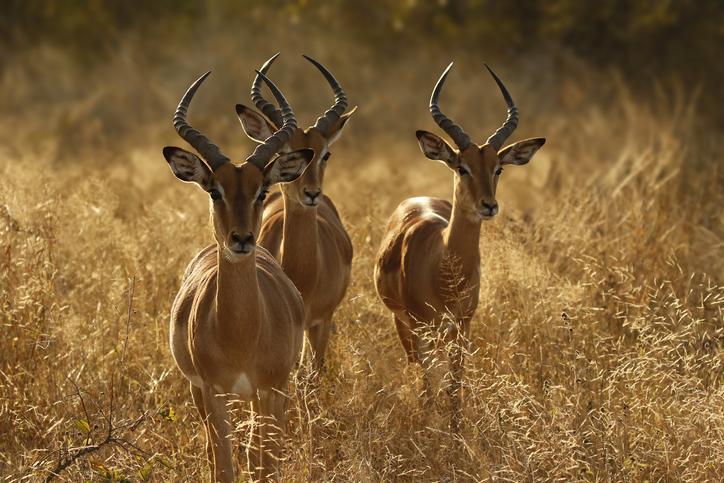 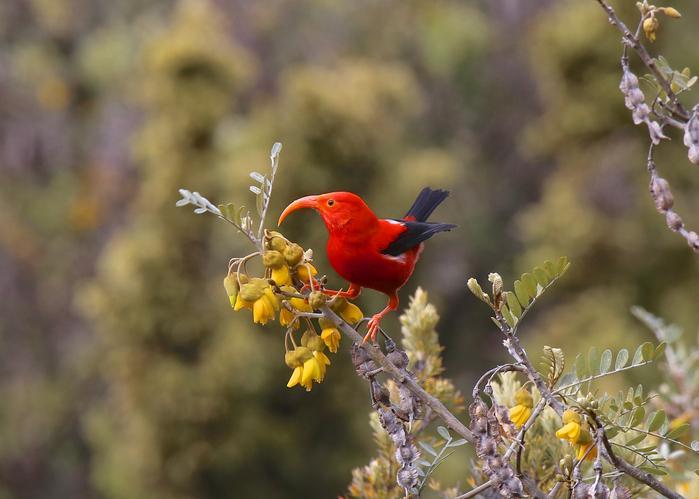 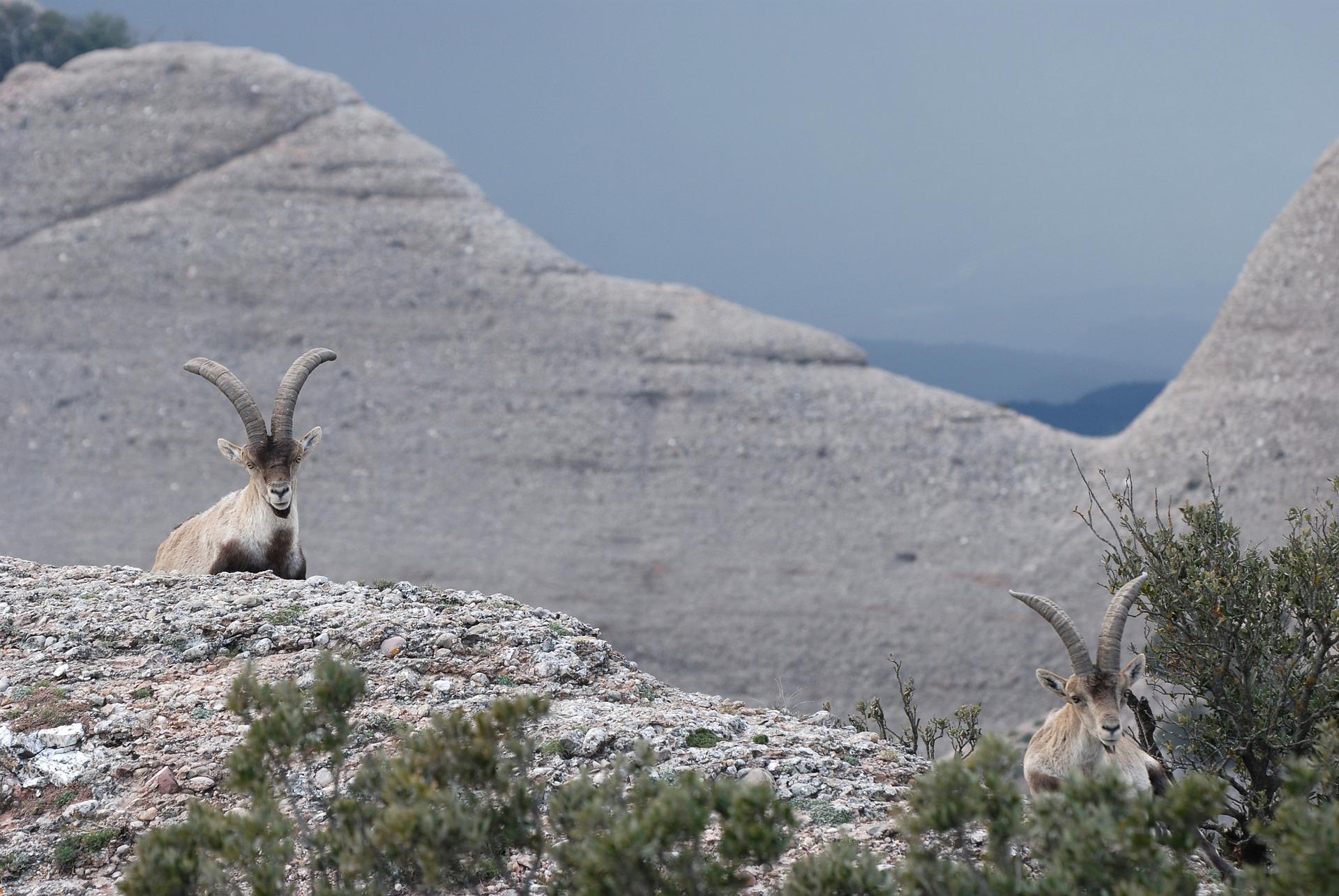 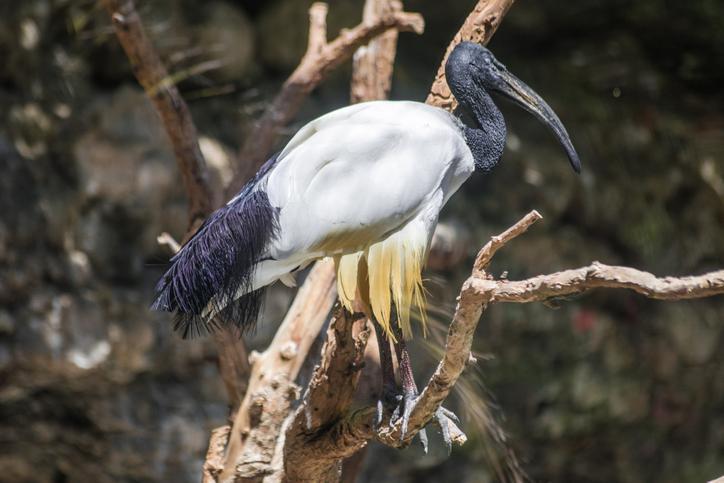 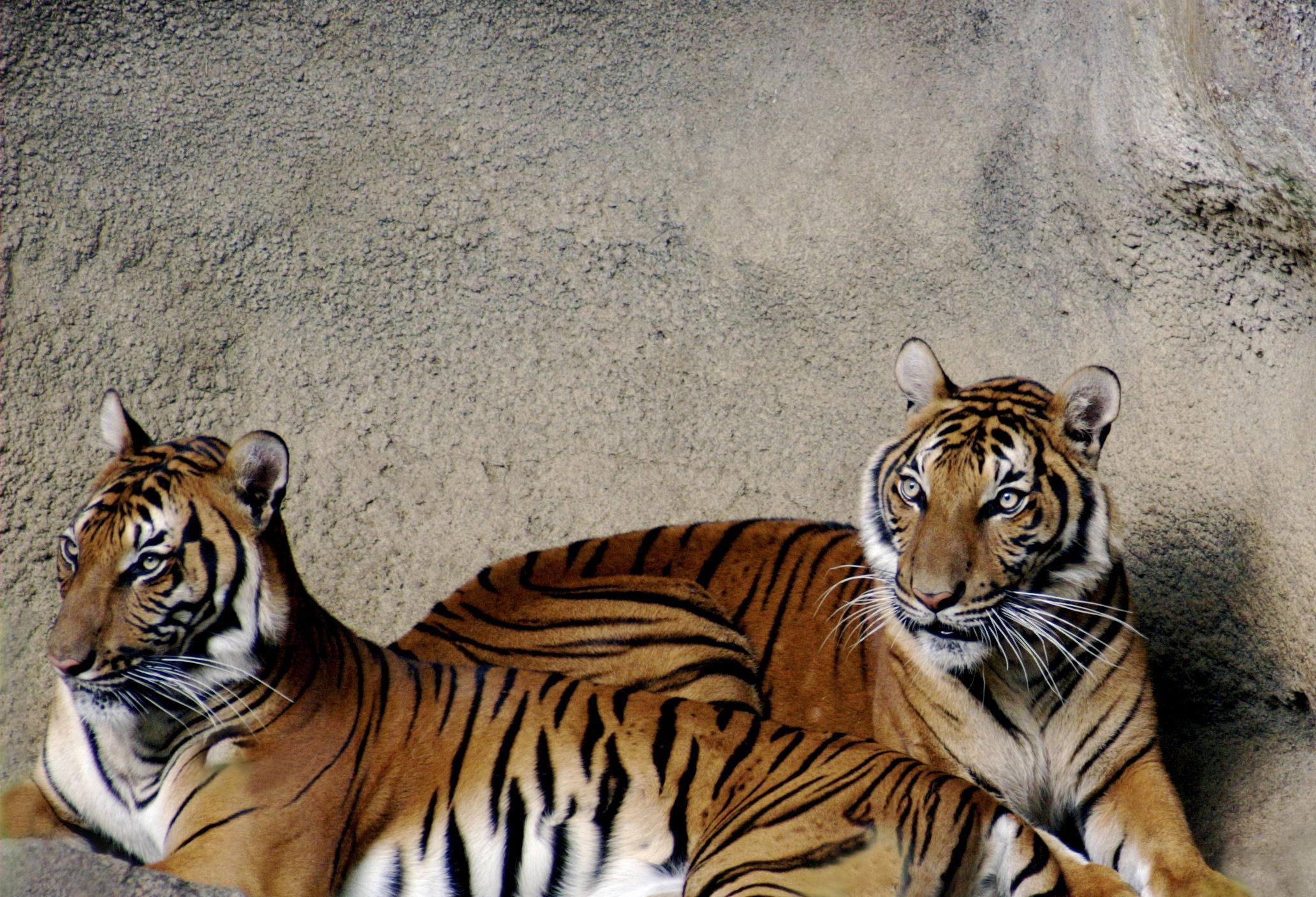 1 of 17
Animals That Start With I
Back to top