How Do Dolphins Breathe Underwater?

To know how dolphins breathe, we should get rid of some preconceived notions. Just because a dolphin lives in the sea, does not mean they are a fish. As they are not fish (or some other aquatic creatures such as crabs), they do not use gills to take oxygen into their body. Despite having fins and spending all of their time in water, dolphins are marine mammals. As with all mammals, they breathe through their lungs.

We humans have lungs, but we can't breathe in the ocean without help. So, how do dolphins breathe underwater? What about when they are asleep? AnimalWised looks into the mechanisms dolphins use to survive and reveals some interesting facts in the process.

You may also be interested in: How Do Fish Breathe? - Underwater Respiration
Contents

How does a dolphin get oxygen?

All living things need oxygen to survive. The oxygen is used in the cells of organisms to carry out their function and maintain life. This is known as respiration, something we often misconstrue as the same as breathing. For example, fish don't necessarily 'breathe', but they do respire by taking oxygen into their gills and transporting it to cells. At the same time, not all animals with lungs will breathe in the same way.

Although dolphins are not fish, they cannot breathe in the same way as a human. This has a lot to do with the fact that they live in water (both saltwater and freshwater environments). Unlike land mammals, dolphins do not have involuntary breathing, i.e. they don't breathe automatically. These aquatic mammals need to consciously keep in mind that they need air. To do this, they breach the water's surface and open up their blowhole.

In dolphins, a blowhole is a type of spiracle, an opening on the surface of some animals used for breathing. The spiracle connects directly with the trachea (the windpipe) which is generally shorter than in terrestrial mammals. In dolphins the blowhole is just above and behind their heads.

On average, a dolphin takes half a second to exhale all of the air in their lungs and another half second to inhale. If compared with humans, we take much longer to completely fill our lungs and empty them again. We take around 6 seconds to do it and, if we take less, it means we risk hyperventilating.

Anatomically, the lungs of dolphins are different to those of land mammals. Most mammals have lungs divided into several lobes, a feature dolphins do not possess.

As we said before, dolphins take air through the spiracle or blowhole. This entry for air leads to the lungs through a shortened trachea and various bronchi (passageways off the trachea). Now we have worked out how they intake air, what do dolphin lungs look like? Dolphins are cetaceans, an order of aquatic mammals which includes also includes whales. There are two main differences between the lungs of cetaceans and land mammals:

How do dolphins breathe underwater?

The simple answer to the above question is that dolphins do not breathe underwater. Fish do not need to breach the surface because their gills can extract the necessary oxygen from the water around them, not air. Dolphins, however, take the air from the surface and hold it in their lungs. To understand how dolphins breathe, it's important to know how what happens while they are submerged.

A series of physiological changes occur in the dolphin when they are underwater, allowing it to stay there for prolonged periods of time. They may not spend as much time underwater as we may think, however. Generally, dolphins will not remain more than half a minute submerged underwater before returning to the surface. This will vary according to the different species of dolphin. Some may be able to last up to 10 minutes at a time underwater.

During underwater swimming, dolphins enact something known as the ‘diving reflex’. This is a physiological mechanism which results in profound bradycardia (i.e. a decrease in heart rate). Despite a lowered heart rate, the brain and lungs continue to receive the same amount of blood as before. This is because the diving response diverts bloodflow from other regions such as the muscles or other organs. Despite this, the dolphin is still able to swim.

If the dolphin remains submerged for a prolonged time or the diving sessions are continuous, other biochemical changes begin to occur. Lactic acid will accumulate in the muscles and the blood will become acidified. This is problematic and is the decrease in blood concentration which also occurs. To counteract this processes, there are a series of reactions related to glycolytic enzymes which ensure energy production, keep the muscles moving and eliminate lactic acid via anaerobic respiration.

How do dolphins breathe while sleeping?

In a non-literal sense, dolphins sleep with one eye open. They are able to sleep at the surface of the water, but are still in tune with their surroundings and can react accordingly. This is because they carry out unihemispheric slow-wave sleep (USWS). This is a type of sleep whereby half of the animals brain is shut down, but the other half remains active. This active half allows the dolphin to breathe by kicking its flipper so they can tread water and keep their blowhole above the surface.

There are other elements which benefit the dolphin. They are attuned to changes in their environment which might mean the approach of predators or other dangers.

Dolphins take part in synchronous breathing, especially if there are adolescents in their group. The pod of dolphins rise up to the surface of the water to take a collective breathe almost simultaneously. One study has shown that the presence of maritime traffic increases this synchronicity of breathing, the consequences of which are still unknown. What we do know is that the presence of intense water traffic results in changes to dolphin behavior.

Newborn dolphins are carried by their mothers, or other members of the pod, to the surface after birth. They do this so the infant dolphin can take their first breath. There have been cases where a mother has repeated this process all night, even though their offspring has died. This is an attempt to resuscitate the deceased infant.

As we state above, dolphins enact voluntary breathing, going to the surface to intake oxygen for survival. There have been recorded cases where the dolphin has made the decision not to breathe. These cases have essentially amounted to animal suicide. One example can be found in the performing dolphin ‘Kathy’, one of the main animals to portray the titular character in the TV series Flipper. After the series was over, the caregiver of Kathy observed her going underneath the water and never breaching again. A similar case can be found in John C. Lilly's famous study on the U.S. Virgin Islands. When Margaret Howe Lovatt was forced to end her study with a dolphin named Peter with whom she had grown very close, Peter chose not to come back up for air.

Dolphins are social animals which swim more than 50 miles a day. They have a highly developed brain and extraordinary intellectual complexity. For this reason, they should never be kept in dolphinariums. Without freedom to live in a pod with relatives and other dolphins, they suffer serious health issues.

How long does a dolphin stay out of the water?

Despite the fact that dolphins breathe air, they cannot survive outside of the water for more than a few hours. This is due to several reasons. Firstly, dolphins which become stranded or beached are usually in a deteriorated state, thereby shortening their lives. Additionally, out of the water dolphins will quickly dehydrate. Their skin is sensitive and needs to be constantly replenished, something they cannot do outside their aquatic environment. Finally, since dolphins are usually buoyed underwater, they will eventually be crushed by their own weight when on land.

If a dolphin is found beached on a shore, it is imperative swift action is taken. Find out the nearest marine animal rescue service. If this cannot be found, then phone the police who will know the right authority to contact.

If you want to read similar articles to How Do Dolphins Breathe Underwater?, we recommend you visit our Facts about the animal kingdom category.

Bibliography
How Do Whales Breathe?
Do Fish Drink Water?
Different Species of Dolphins - 18 Types and Photos
How Do Starfish Breathe? - Underwater and Out of Water!
Related categories
Endangered animals
Most read
1.
What Animal am I According to my Zodiac Sign?
2.
10 Most Beautiful Animals in the World
3.
What Does It Mean When a Cat Shows Up at My Door
4.
The 10 Most Solitary Animals in the World
5.
Top 10 Smells Dogs Hate
6.
How Many Types of Lions Are There?
7.
Why do Dogs Get Stuck when Mating?
8.
My Female Dog In Heat Won’t Accept A Male - Causes
How do Reptiles Breathe? - Reptile Facts
Dolphin Mating and Reproduction
Why Do Dolphins Jump Out of the Water?
Dolphin Characteristics
How Do Turtles Communicate?
Animals That Walk on Water - How Do They Do It?
Do Sharks Lay Eggs or Give Live Birth?
10 Fun Facts About Dolphins

How Do Dolphins Breathe Underwater? 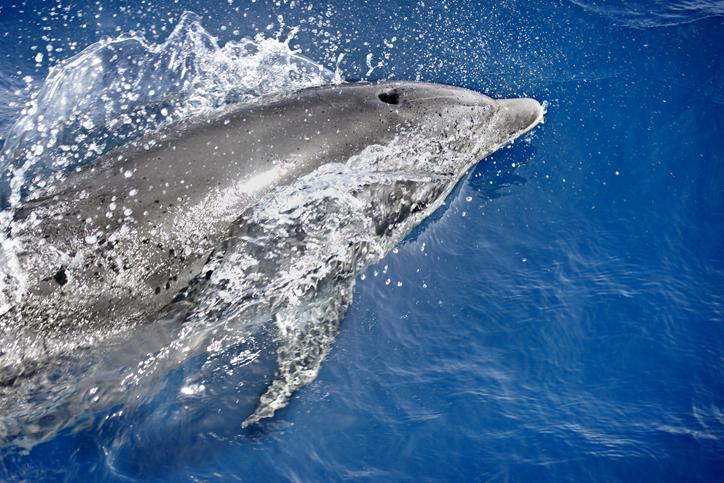 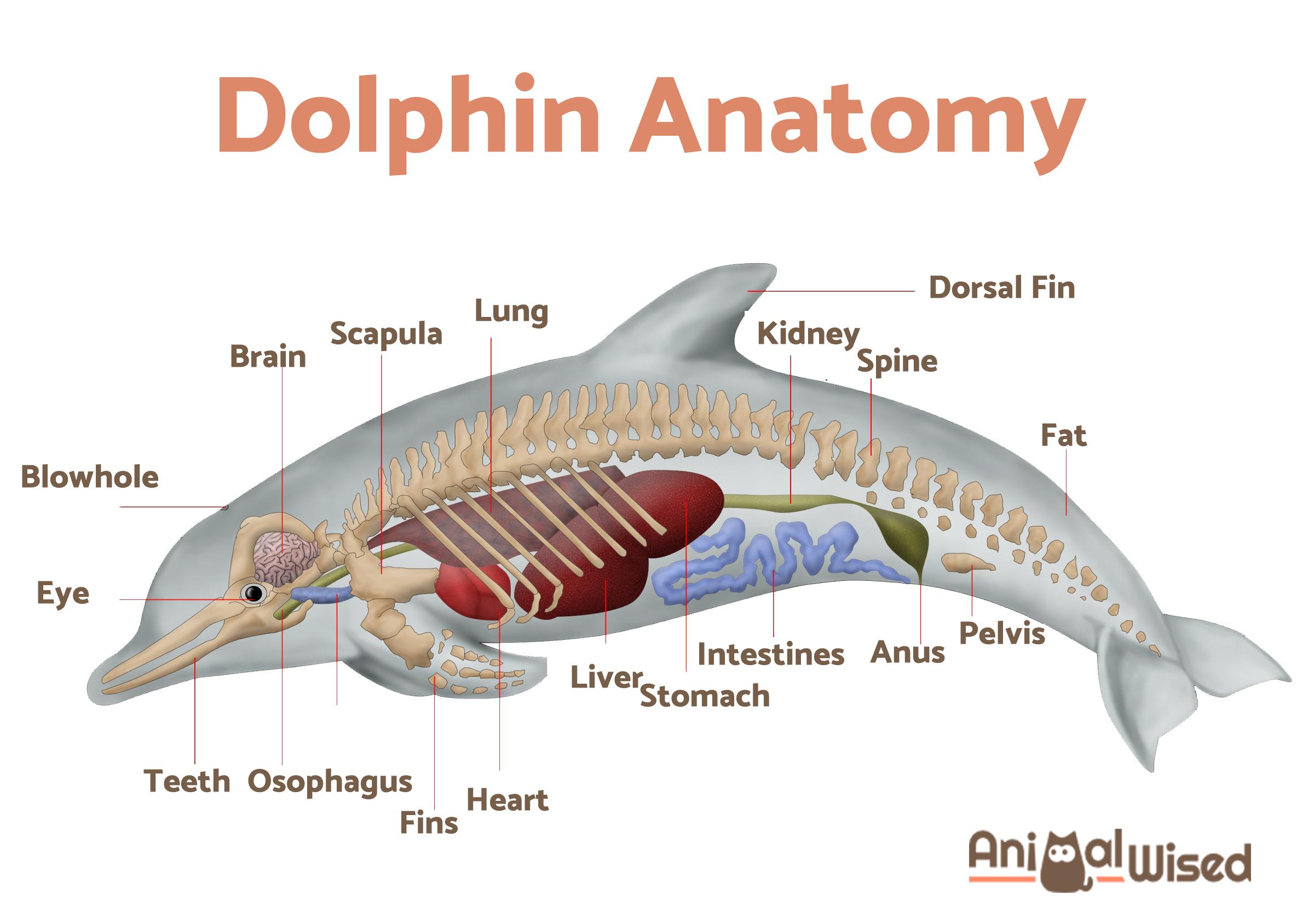 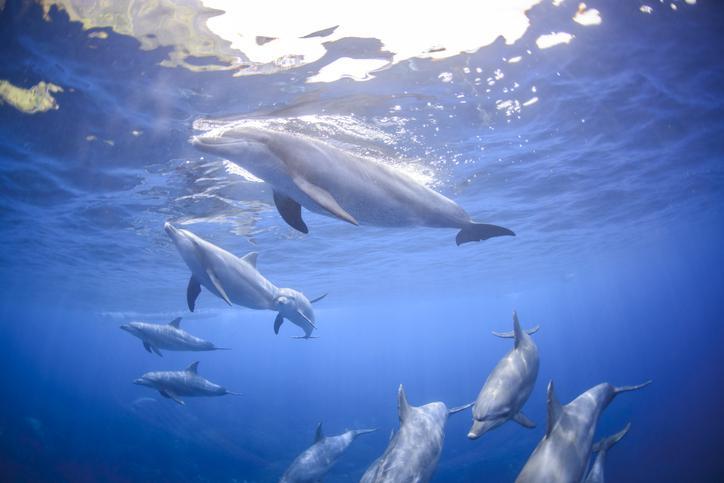 1 of 3
How Do Dolphins Breathe Underwater?
Back to top