The Doberman Pinscher is a large bodied dog with a sleek, well-proportioned musculature which gives them a striking appearance. unfortunately, this is also part of the reason they have a bad reputation with some. It is an unfounded reputation as Doberman's are a peaceful and friendly breed. They have a predisposition to training and are incredibly loyal to their guardians, something which has been abused in the past. It is also something which makes them an invaluable part of police forces and fire departments across the world.

While Doberman Pinschers are incredible working dogs, they are equally wonderful companion animals. They are a sweet, sensitive and affectionate dog which needs a human caretaker who can provide the right environment for their personality. If you fit this bill, you may be thinking about adopting one yourself. Once you do, it's natural to think about what you will want to name them. Fortunately, AnimalWised has this list of the best Doberman names for male and female dogs with 200+ ideas to choose from.

You may also be interested in: Best Male and Female Iguana Names
Contents

What to call a Doberman

When choosing a name for your dog, whether a Doberman or different breed, it is important to take into account certain considerations:

It's not only technical considerations you have to make when choosing a name for your Doberman. You also need to think about what suits them personally. You can think too much about what name to choose for your dog, but you will be keeping it for all of their lives, so it's better to make it something which suits you and your family. Think about:

As we have said above, many people have the wrong idea about Dobermans. For this reason, they think of them as brutish or vicious, giving them a name which would fit with this misconception. With males in particular, guardians might give them what they consider badass Doberman names. To us a badass Doberman name is simply one which is cool which suits their personality and which respects their true nature. Here are some of the best male Doberman names to get you thinking:

Is your new family member a female Doberman? If so, you may want to choose a typically female name for them. Equally, you might want to choose something unisex or non-specific. It is just was acceptable to call them by a classically male name. However you want to go about it, these names for female Dobermans can help you to choose the right one for you and your dog:

Whether you want to choose a fierce name or something a little less powerful, choosing a cool name for your Doberman can reflect your own personality. Of course, what is cool is purely subjective, but consensus would agree that these Doberman names are pretty cool. We think they are anyway and our mom thinks we're cool.

The Doberman is a dog of German origin. In fact, outside of the USA and Canada, it is called the Dobermann which is it's original German spelling. If you want to give some love to this German dog's German roots, then you might want to choose a German name for your Doberman. Here are some German Doberman names you might want to select:

There are only two genetic allowances for coat color in the Doberman Pinscher. The most common is black with a tan undercarriage, although there are also tan patches which can appear. Black dogs are often seen as very sleek and elegant and the Doberman is no example. Their short but silky black coat only adds to this perception. If you have a black Doberman and want to use their color as inspiration for the name, this list can help:

Since the color black is often related to strength, power and pride, you might want to see some other choices for strong dog names to help you name your Doberman.

The other color of Doberman dogs is actually known as ‘diluted’. This gives the appearance of the dog being a brown color, but it can be of various shades of coffee, chocolate, tan or fawn. If you choose to adopt a brown Doberman, these names might be suitable for you:

If you want to read similar articles to Best Doberman Names for Male and Female Dogs, we recommend you visit our Names category. 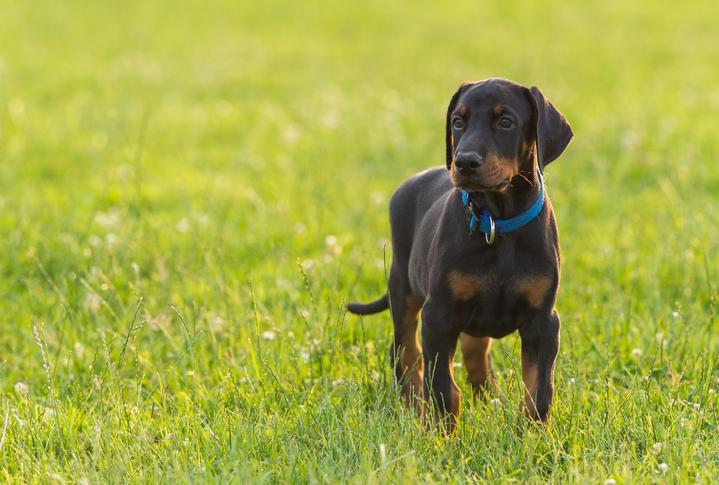 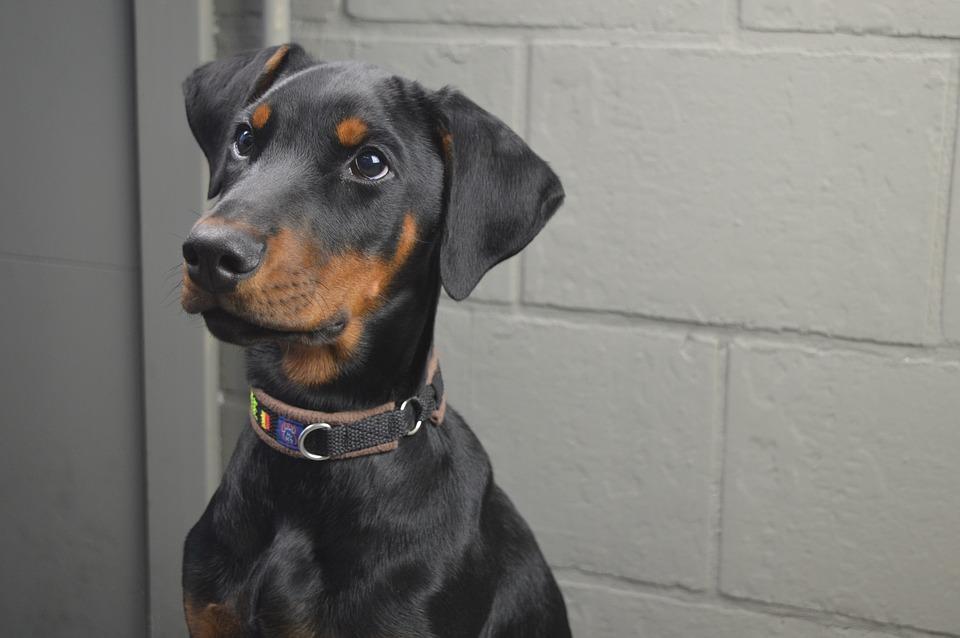 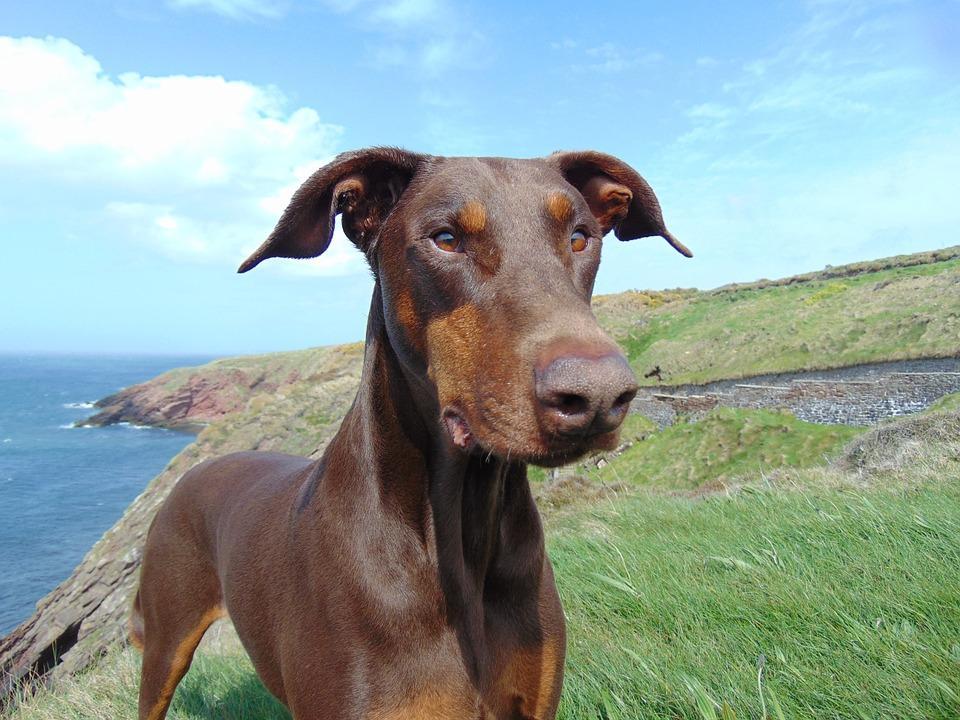