The Birman cat is a popular domestic cat breed known for their unique appearance. Their long-haired, color-pointed silky coat and deep blue eyes easily distinguishes them between other breeds. These cats are very calm and well-tempered. They enjoy company by their human-companion. Like any other cat they are also very curious and playful, making them the perfect breed to adopt to welcome into your home.

If you're thinking of adopting a Birman cat, keep reading this AnimalWised breed file to learn everything you need to know about this domestic cat breed.

The Birman cat is also called “the sacred cat of Burma” due to the legend that states they were worshiped by Buddhist monks. There are different stories regarding their origin. One of them states that these cats' origin begins with a Wong Mau cat, a chocolate-colored cat that arrived from Burma on a boat between 1920 and 1930. Then, a sailor handed her over to a Siamese breeder named Joseph Thompson, who crossed her with a Siamese cat. It took a couple of litters to achieve the physical appearance they have today. Another story says that a monk from the Lao Tsun temple gave a couple of Burmese cats to General Gordon Russel in gratitude for saving his temple. Then, the cats arrived in France in 1919. Regardless of their origin in Asia, we know that the Birman cat arrived in France in the early 20th century where their genetic purity was maintained, even during the second World War. In 1957 the CFA (Cat Fanciers Association) fully recognized the Birman cat as an established breed, although it had already been included in their stud book in 1936.

The Birman cat is a medium-sized cat with a semi-long and silky coat. Their coat is dense due to its woolly undercoat and silky to the touch. The coloration of their coat is an important factor that helps differentiate them with other breeds. Birman cats have a golden coat with shades of black on their ears, nose and legs, as well as a light shade of black on their legs. However their paws remain a golden and cream color.

Birman cats are calm and balanced cats. They are very sociable and affectionate, making them great for a family and other animals. They will always want to play and cuddle as they enjoy having the company of another person. In other words, although they enjoy peace and quiet, they don't tolerate solitude very well. If you're thinking of adopting a Birman cat, you'll have to think about how much time you can spend with them and try to reduce the time you leave them alone. Keep in mind, having another pet may help them cope when their companion is away.

These cats have a docile temperament. They are usually curious and attentive to their owners, in addition to being remarkably intelligent. Therefore, it is easy to teach them tricks and stunts through positive reinforcement. They will enjoy this activity as they are learning, playing and spending quality time with their human-companion.

To avoid tangles and troublesome fur balls, brushing your cat's coat will be important. We must also take care of their nails, teeth, eyes and ears. To clean these areas consult with your veterinarian about safe products you could use. Other than that, Birman cats require lots of attention and affection to be happy and healthy. Try to socialize them with different people and other animals from an early age to help them cope with being alone as adults. You can also help them cope by having another pet and offering the correct environmental enrichment so they remain entertained when in solitude. This could be by placing different toys around the house for them to discover and play with.

Birman cats are relatively healthy cats, however, there are some health problems that this breed is more prone to than others. They are the following:

Other than being aware of these medical issues, it's crucial to follow both the vaccination schedule and periodic veterinary check-ups. This will help detect these pathologies in time and help preserve our Birman cat's health.

Cymric Cat Breed
Peterbald Cat
Bengal
Devon Rex
Related articles
New
Albendazole for Cats - Uses, Dosage and Side Effects
New
My Cat Is Not Peeing Anymore - Causes and Treatment
New
My Cat Keeps Biting My Hand
Why Does My Cat Bite Me Gently While Purring?
My Cat Peed on Me - Why and What to Do
How Many Kittens Can A Cat Have?
Metamizole for Cats - Dosage, Uses and Availability
Aural Hematoma in Cats - Causes and Treatment

Upload a picture of your Birman 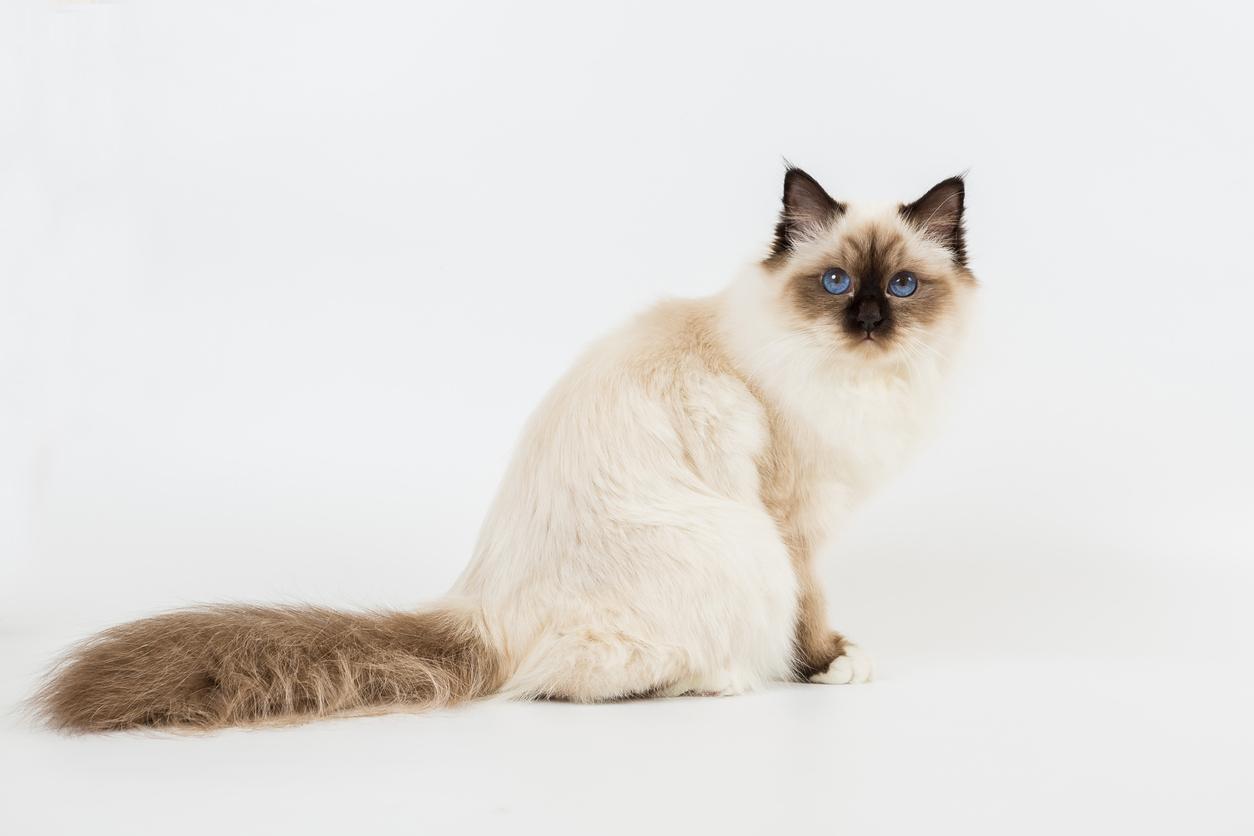 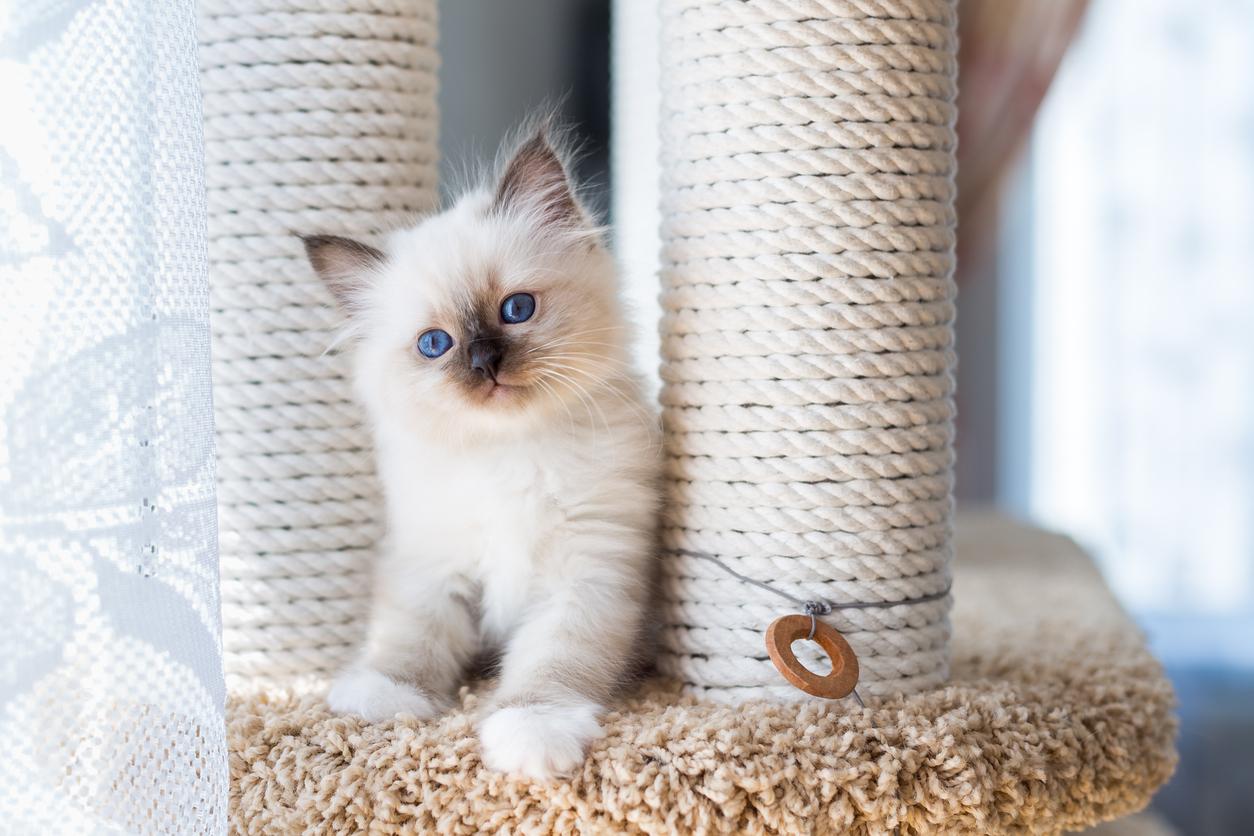 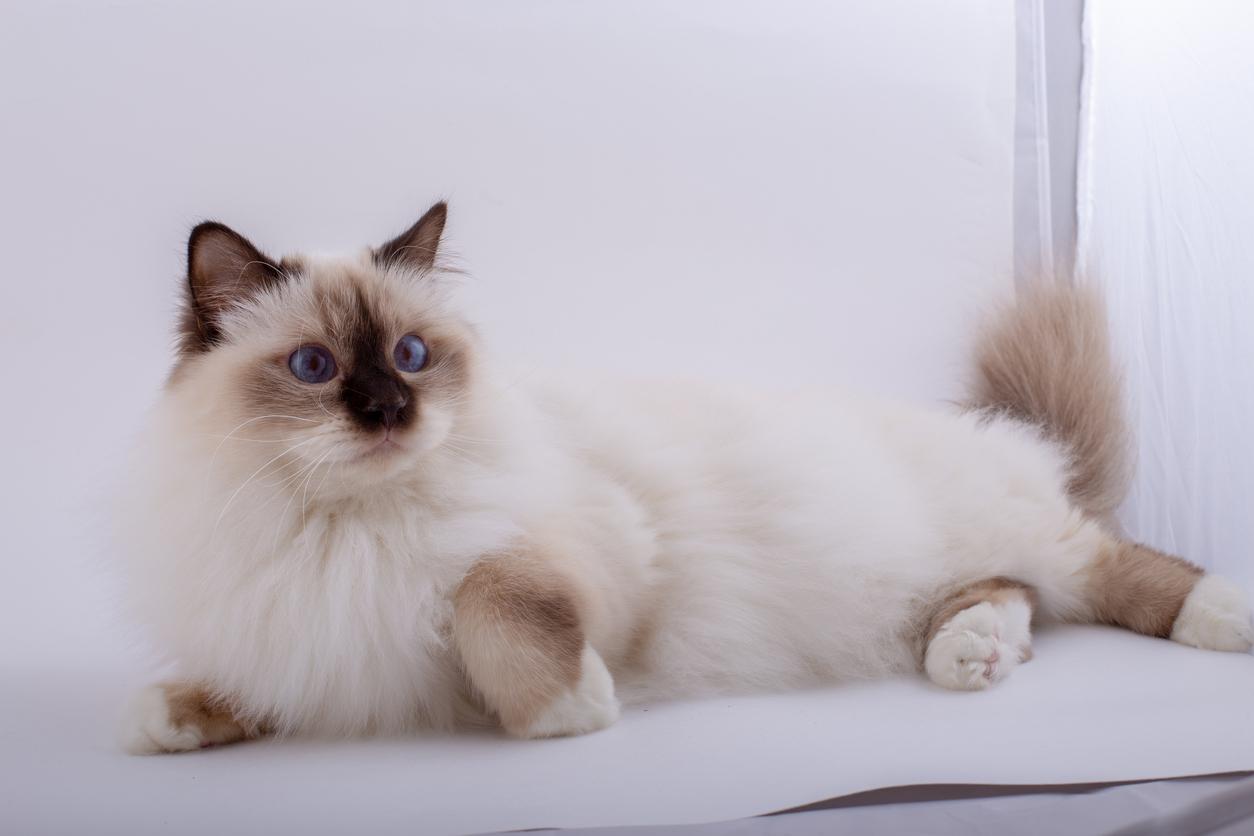 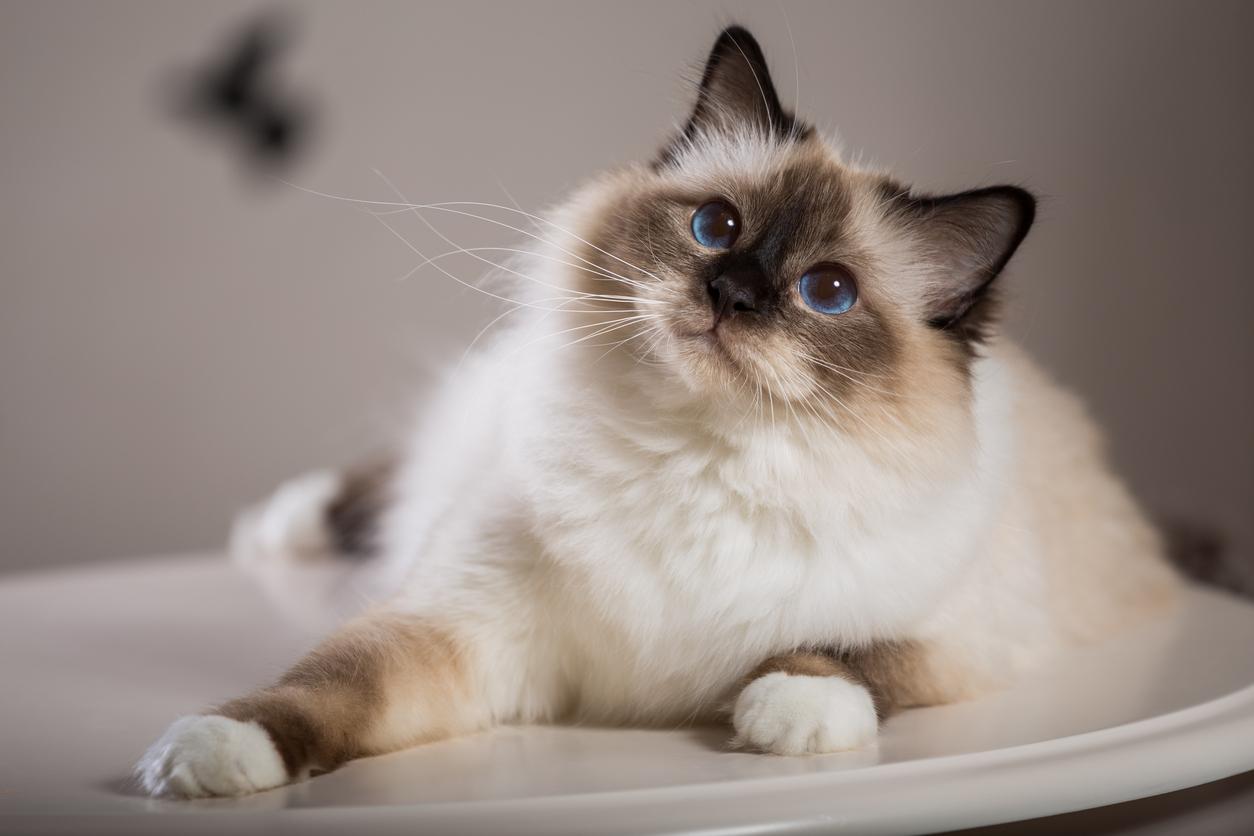 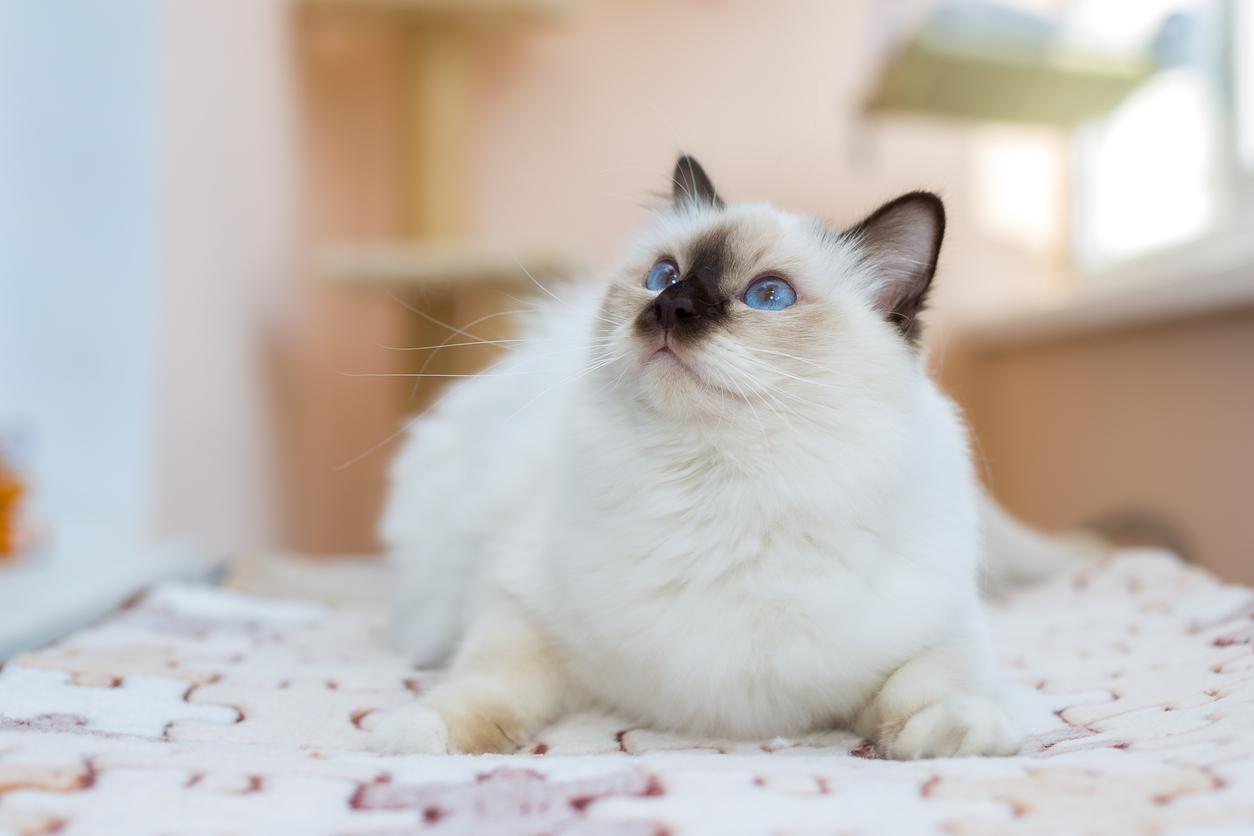