The Sokoke cat, from eastern Kenya, is a domestic cat breed known for its incredibly unique coat. In Kenya, the Sokoke cat breed was also called ‘Khadzonzos,’ which translates to bark in English, representative of its coat pattern which resembles the bark of a tree.

Do you know that these cats continue to live among the Giriama people in Kenya? For more about this mysterious breed of cat, keep reading here at AnimalWised and discover everything you need to know about the Sokoke cat breed.

This cat breed was captured by an English breeder, J.salter who with her friend, Gloria Modrup, decided to domesticate the breed. This successful breeding program began in 1978 and by 1984, the Sokoke cat was officially recognized in Denmark. By 1992, they spread to different countries, such as Italy.

TICA (The International Cat Association) catalogs the Sokoke cat as a New Preliminary Race. Additionally, it’s was officially recognized by FIFe in 1993.

Characteristics of the Sokoke cat

Sokoke cats are medium in size, with a weight that oscillates between 3 and 5 kilograms. These felines have an elongated and elegant body, which is both strong and agile, with the hind legs somewhat longer than the front ones.

It has a rounded and small head, carrying medium-sized brown or almong oblique eyes. Their ears are also medium in size and stand upright, making these cats appear constantly alert. The most striking characteristic of the Sokoke cat is its tabby fur, which resembles the bark of a tree. This mantle is short, bright in appearance and brindle in coloring.

Sokoke cats are one of the friendliest cat breed in the world. They are friendly, active and energetic cats, who require constant attention and pampering of their owners.

Sokoke cats thrive in larger environments, such as homes with land or gardens. These cats can, however, adapt to living in apartments, provided they are offered sufficient play time and space to expel energy in a positive way.

Additionally, these cats adapt well to living with other cats and pets, provided they have been properly socialized. Sokoke cats are also great with people of all ages, thanks to their respectful and loving character.

Because these cats are so affectionate, they require a lot of attention when it comes to their emotional needs. If they don’t receive enough attention, they may becomes sad, anxious, stressed or demanding, and may in turn emit constant meows in search for recognition.

Because Sokoke cats are highly energetic, they also require games and resources which can keep them both mentally and physically stimulated. Additionally, they love climbing and high spaces.

For more, we recommend reading our article where we list 10 games to entertain my cat.

Sokoke cats are generally very strong and healthy. According to the genetic characteristics of this breed, no congenital or inherited diseases have been noted.

This does not mean, however, that their health care should be neglected. As with all cat breeds, Sokoke cats require up-to-date vaccinations, annual veterinary checkups and a regular deworming schedule. In addition, you need to make sure you clean your Sokoke’s eyes, ears and mouth regularly.

Lastly, because the Sokoke cat coat is short without a woolly layer, they do tend to be sensitive to the cold. Because of this, you will need to regulate the temperature in your home, also making sure that your Sokoke doesn’t go outside when it’s too cold.

Norwegian Forest Cat
Egyptian Mau
Wildcat
Munchkin Cat
Related articles
New
Can Cats Eat Corn?
New
Albendazole for Cats - Uses, Dosage and Side Effects
New
My Cat Is Not Peeing Anymore - Causes and Treatment
My Cat Keeps Biting My Hand
Why Does My Cat Bite Me Gently While Purring?
My Cat Peed on Me - Why and What to Do
How Many Kittens Can A Cat Have?
Metamizole for Cats - Dosage, Uses and Availability

Upload a picture of your Sokoke

1 comment
Rating:
anna spofford
21/11/2021
I seen a tv show that had the same kind of cats. When the mom had the kittens I got this one an found home for the other 3. The mom didn't come around when they were about 4 weeks old. I love her she 12 weeks now. Do I spayed her or not?. 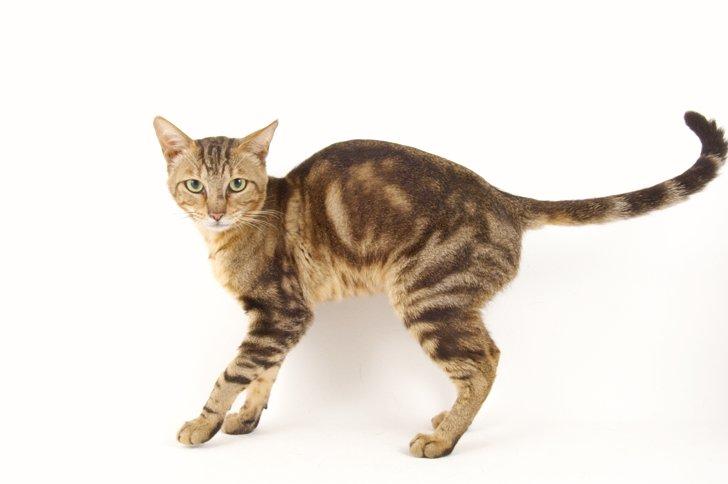 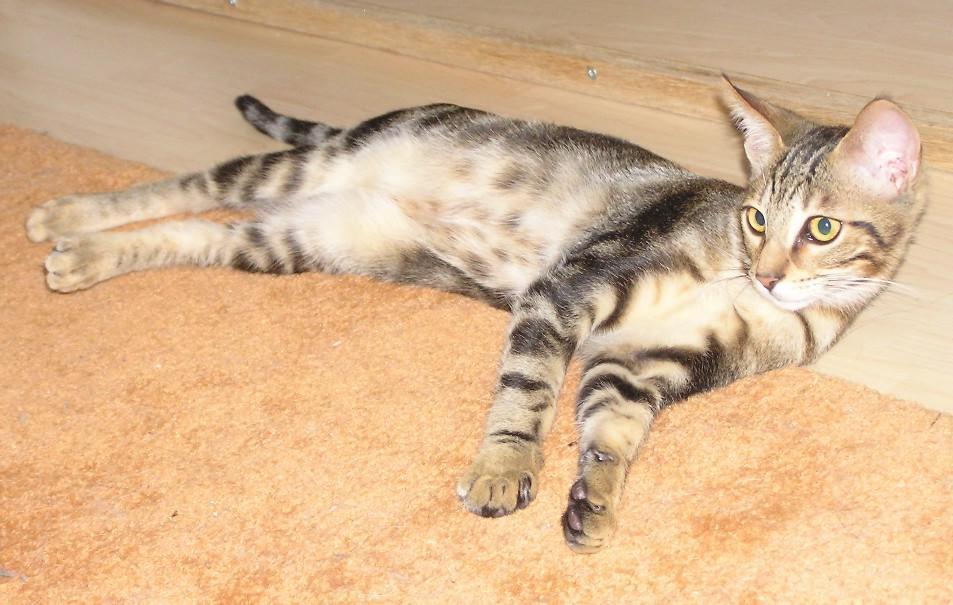 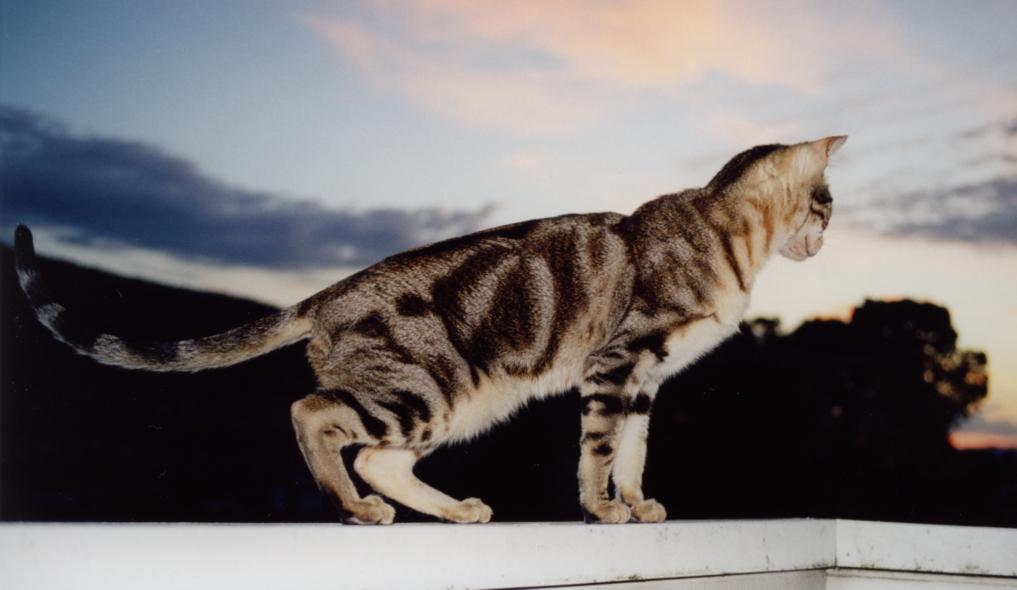 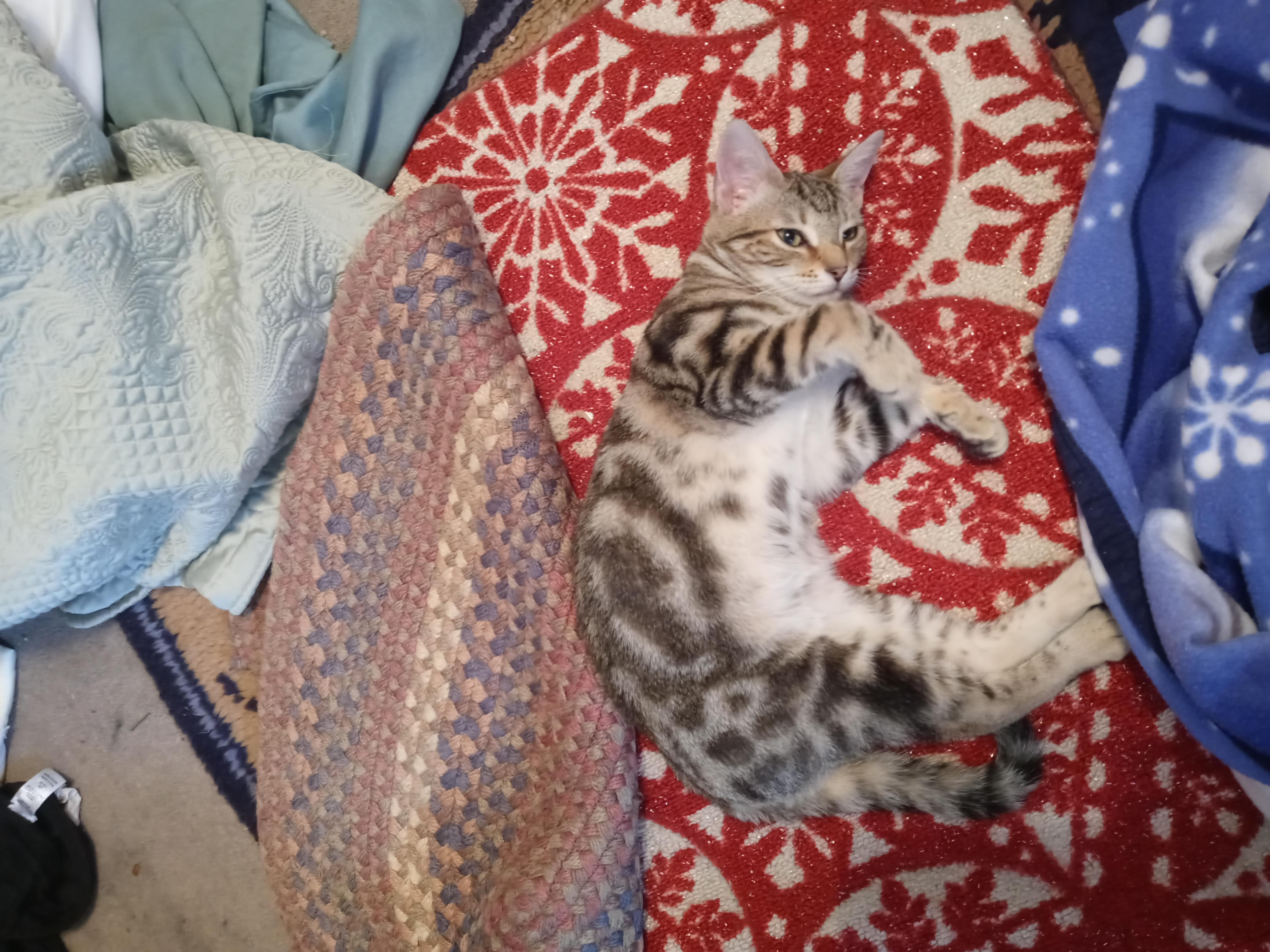 Photo uploaded by anna spofford:This Honey Bunny I found her in West Virginia. I seen her mother an thought I've seen this cat on TV. When she had the kitten I found home for the other 3, an cape the one that looked like the mom.n

Photo uploaded by Nrenda:Just got her she is 8 weeks old
1 of 5
Sokoke
Back to top