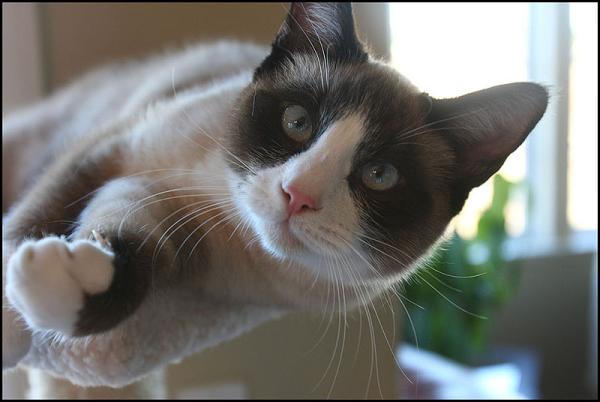 The result of crossing American Shorthair and Siamese cat breeds, the Showshoe is one of the most beautiful cat breeds in the world. As their name suggests, snowshoe cats have the appearance of having just walked in a few inches of snow due to the coloration of the fur on their paws. Along with their penetrating blue eyes, ‘V’-shaped mark on their face, these snowy paws give them a unique appearance which is much sought after by breeders and cat fanciers. However, it is not only the physical characteristics which mark these breed out as special. Here AnimalWised brings you everything you need to know about the Snowshoe cat breed including characteristics, care, health and more.

Origin of the Snowshoe cat

Snowshoe cats are one of the most recent feline breeds to have been developed. Their origin only goes back around 50 years. It was at the end of the 1960's that an American breeder named Dorothy Hinds-Daugherty crossed a Siamese cat with an American Shorthair. The offspring obtained from this cross had a very distinct pattern on their fur. There is some mystery over how Hinds-Daugherty was able to main the colors and patterns in the breed. The breed has a colorpoint pattern which is darker on the top of the face and tail, except, of course, for the feet.

The breeding of Snowshoe cats has been a little turbulent. At times it was looking like it wouldn't be continued. However, different individuals became involved and took up the job of continuing the line. This lead to official recognition in 1974 by the FIFe, followed by other European bodies such as the WCF in 1984. Now its popularity has spread and there are Snowshoe cat clubs in individual countries.

Physical characteristics of the Snowshoe cat

Halfway between a Siamese and American Shorthair cat, Snowshoe kittens present with a series of characteristics inherited from their ancestors. The Siamese provides the unmistakable and brilliant blue eyes as well as a stylized body. So too are their triangular shaped head and specific markings. The American Shorthair provides their robust musculature and its characteristic white socks.

The Snowshoe is a medium-sized cat with a weight ranging between 3 and 5 kilos. It is common for females to be a little lighter and smaller than males. Their body is athletic and well-proportioned. Their tail is wider at the base than the tip, but it does have a rounded end. Their legs are relatively wide and end in rounded white paws. Unlike other colorpoint cats, whose paws are the same color on their face ad tail, the Snowshoe has these white paws.

The Snowshoe's neck is erect and gives them a graceful and elegant appearance. The Snowshoe's face is triangular with a pointed chin. Characteristic of the Showshoe is the white ‘V’-shaped marking on their face. Their eyes are glacier blue, like that of the Siamese, oval and large in size. Their ears are medium sized, but have a wide base.

The coat of the Showshoe is short in length, but dense and silky soft to the touch. The accepted markings are colorpoint or tabby, but they must have defined patterns in relation to the rest of the color of the body.

The snowshoe has a short coat, but no undercoat which means they may not need as much brushing as other cats. Weekly brushing and a sporadic bath (or simply when needed) should be sufficient.

In terms of general care for the Snowshoe cat, we need to pay attention to their mouth and teeth. Snowshoes can have dental issues, so cleaning their teeth with a feline dental hygiene kit is necessary. They will not need brushed every day, but every once in a while is important. We also need to pay attention to their ears, checking for mites and observing for any other parasites which might attach themselves to their fur.

Providing your Snowshoe with a balanced diet is also imperative. It will need to be of good quality and cover all of their energy and nutritional needs. Daily exercise is also important, so you should engage them in play activity, especially if they are not outdoor cats. Adequate environmental enrichment will help with these needs if we provide scratchers, toys, intelligence games and other objects designed to stimulate their cognition.

The Snowshoe breed of cat is very calm and peaceful. They are good-natured, inheriting their positive character from the docility of the American Shorthair. They like to live peaceably in various family types and they are noted for their aptitude to living with children and other animals. This means Snowshoes are great cats for those who live with other pets.

The Snow shoe is very patient with children, but will also enjoy playing and bonding with them. Games and affection are sought out actively. However, they are still a cat, so they will not enjoy it if they are overly manipulated or manhandled. They love having positive attention, so we need to provide lots of opportunity to play and keep them feeling involved.

One aspect of their character the Snowshoe has inherited from their Siamese heritage is their distinctive meow. They are very vocal cats and will make themselves known whenever you are near. Especially with males, you will need to be sure you can tolerate this constant meowing. Fortunately, it is only because they want your attention and want you to be near them.

Given the healthy practices that have been utilized when developing Snowshoe felines, they do not have serious congenital diseases or find those especially frequent in the breed.

Even so, we will have to pay attention to all the recommendations of our trusted veterinarian. This means regular checkups, keeping our cat dewormed, staying on top of their vaccination schedule and generally providing a high level of care. 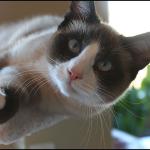 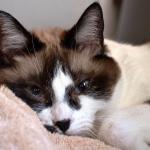 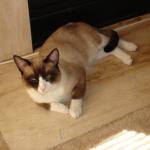 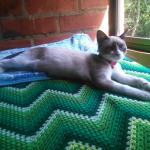 Manx
Sphynx
Oriental Shorthair cat
Maine coon
Related articles
New
Megacolon in Cats - Symptoms and Treatment
New
My Cat Rubs Their Face on Everything
New
Mast Cell Tumor in Cats - Causes of Mastocytoma
New
My Cat Has Blood in Their Eye
New
How to Help a Cat in Heat
Types of Neurological Problems in Cats
How Do I Know if My Cat Has Had a Stroke?
My Cat Is Panting Like a Dog

Upload a picture of your Snowshoe cat 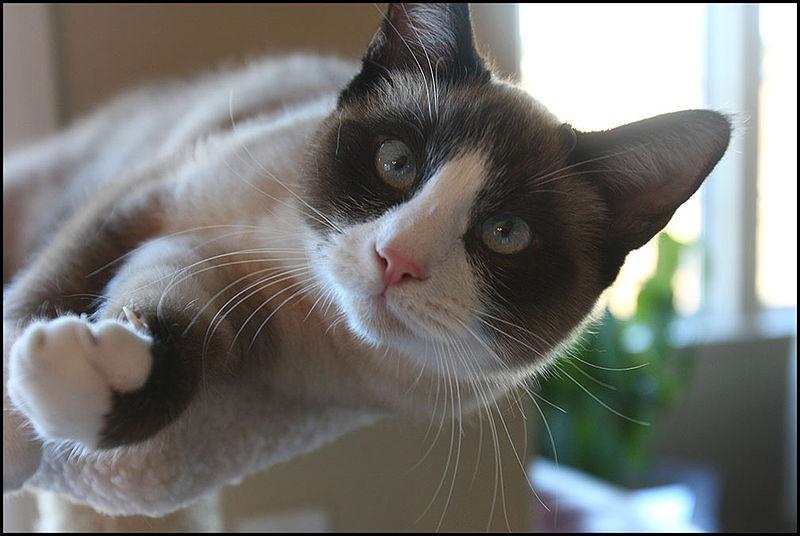 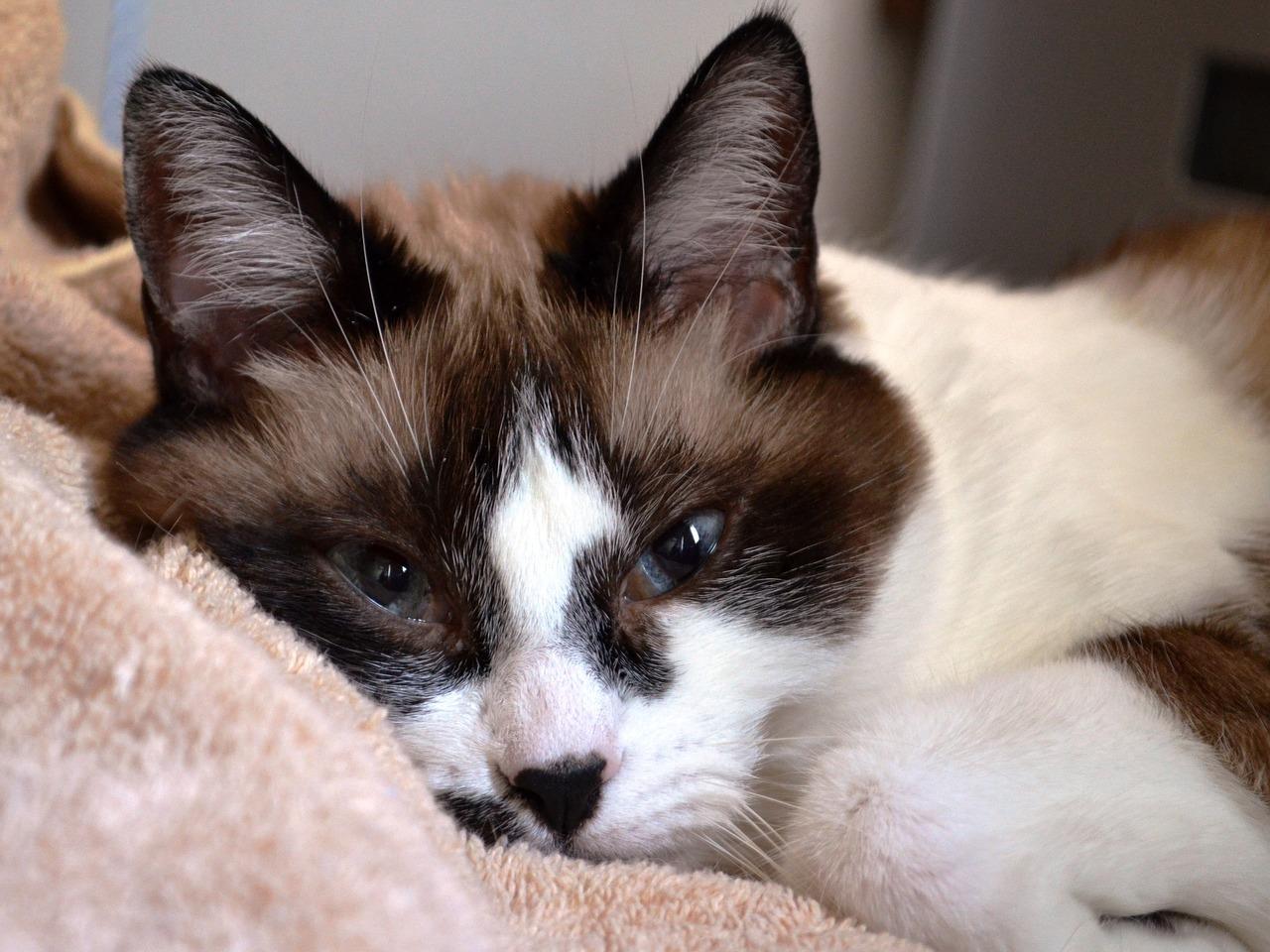 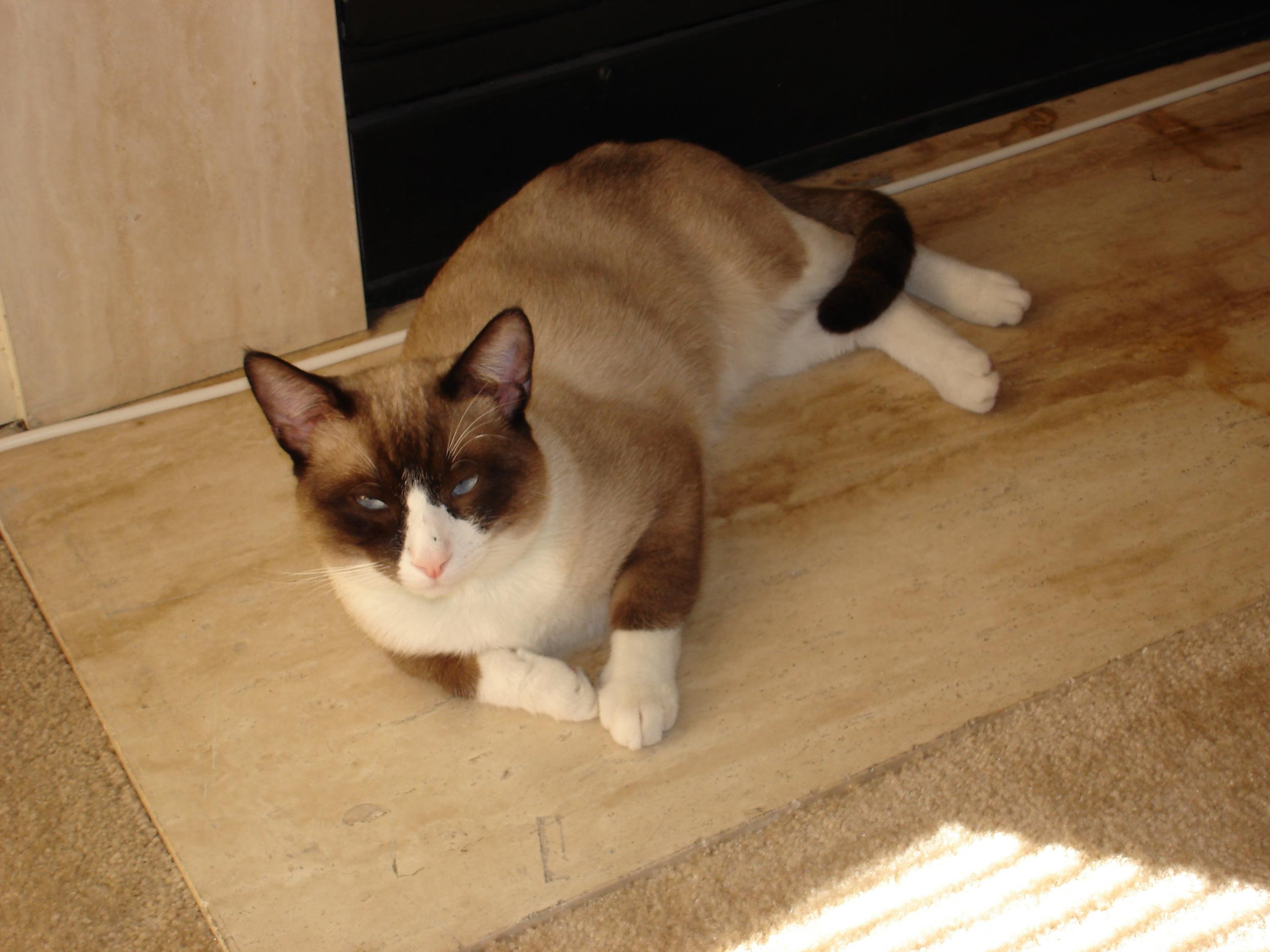 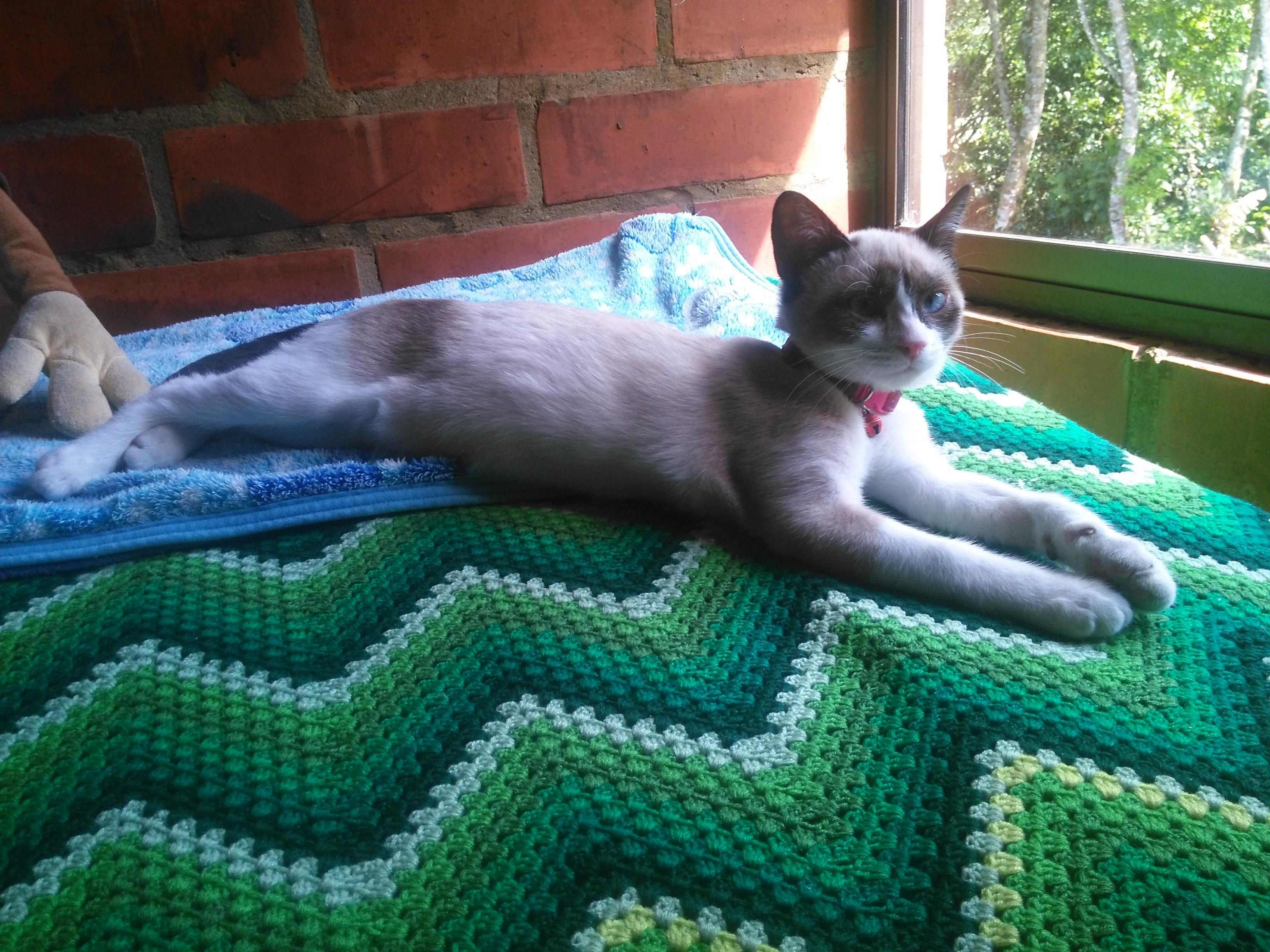 1 of 4
Snowshoe cat
Back to top