Highland Fold cats are a long-haired variety of the Scottish Fold. A striking feature of this breed is the appearance of the ears, with a characteristic forward fold of the ear cartilage, causing the ears to slope toward the skull. The Scottish Fold is a cat with an extremely calm character, meowing very little. They are known for being affectionate, intelligent, and cuddly. In fact, because of its unique physical characteristics and its reputation as an unusually affectionate companion, this breed is a popular and expensive choice.

Read on in this AnimalWised breed dossier to learn more about the Highland Fold, its traits, origin, character, care, health, and where you can adopt it.

Origin of the Highland Fold cat

The Highland Fold, as we know it today, is a long-haired Scottish dun breed whose ancestry dates back to 1961 in Pertshire, Scotland. A kitten with folded ears, named Susie, was discovered in a litter of normal kittens. In order to establish the folded ear in this breed, this kitten was mated with domestic cats and British Shorthair cats. To this day, it is said that every Scottish Fold and Highland Fold can trace their ancestry back to Susie.

This gene was named "fold" and it was found to be a dominant gene responsible for the permanent folding of the ears at three weeks of age. The Highland Fold is difficult to breed. Cats with folded ears should not be bred to other cats with folded ears; the kittens might have difficulty walking as a result.

In 1977, it was reported that one-third of the kittens that came from breeding of folded-eared cats developed osteodystrophy, a skeletal lesion. As a result, breeding of the Scottish Fold in Great Britain was abruptly stopped.

The Scottish Fold was recognized by the Cat Fanciers Association (CFA) in 1973, and it was awarded champion status in 1978. The long-haired version of the cat, the Highland Fold, was not recognized until the mid-1980s.

Highland Fold cats are strong, stocky, muscular, medium-sized cats. Males can weigh between 4 and 6 kg (9 to 13 lb) and females between 3 and 5 kg (6 to 9 lb), both measuring between 30 and 35 cm (8 to 10 in). Although the most striking feature of the Highland Fold Cat is the appearance of their ears, they have other equally remarkable characteristics, such as:

The coat of the Highland Fold cat is silky, semi-long and very dense. Moreover, it has an inner and an outer layer. Furthermore, it has a beautiful mane that surrounds the neck. As for the colors, all kinds are accepted, the most common being:

Character of the Highland Fold cat

In general, Highland Fold cats are affectionate, calm, and intelligent, although they can also be independent and fearful of strangers. In addition, they are not very loud and have a soft voice.

They are not very active or restless, although they would not turn down an opportunity to play. Likewise, they adapt very well to changing circumstances, such as different types of houses, hotel rooms, children and other pets. In fact, this breed does not like to be alone at home and benefits from being with another cat or pet.

Continue reading this other article if you want to learn more about leaving a cat home alone and how to avoid potential behavior problems.

Care of the Highland Fold cat

In this breed it is especially important to clean the ears, especially the pinna and the folds of the ears. This is because earwax often accumulates in the ear folds, which attracts infections, parasites and dirt, and can affect the cat's ability to hear.

Because of the length of its hair, the Highland Fold's hair must also be properly groomed to prevent hairballs from forming. It should be brushed several times a week and daily during the shedding season to remove dead hair.

Since they are not very active, the daily caloric intake should be less than a moderately active cat to avoid developing obesity. As with any other cat, you will need to provide a high quality diet that contains all the essential nutrients. In particular, their diet should be high in protein, low in carbohydrates, moderate in fat and high in moisture.

The same veterinary care is required as for the other breeds. Make sure you provide routine health care to keep your cat healthy throughout its life. This includes routine veterinary care for vaccinations, parasite control, and dental care.

You may also be interested in this other article, where we talk about which are the best brushes for long haired cats.

Health of the Highland Fold cat

Although the Highland Fold is generally a healthy and vigorous cat with a life expectancy of 13 to 15 years, it can develop bone malformations if it is homozygous for the Fold gene. That is, if she has both alleles, a condition known as osteochondrodysplasia.

It occurs when two Highland Fold cats, rather than one Highland Fold, are crossed with an American or British Shorthair. These deformities consist of shortening of the tail vertebrae and feet and hands due to shortening of their bones (metatarsals, metacarpals, and phalanges). Some even fuse and cause ankylosis of the joints or lack of mobility, causing even more pain and limping in the animal.

In these cases, the disease is different in each cat and treatment consists of painkillers, non-steroidal anti-inflammatory drugs and chondroprotectors.

You may be interested in this other article, where we talk about whether it is safe to give your cat ibuprofen.

Where to adopt a Highland Fold cat?

Highland Fold cats are often hard to come by, especially if you are not in areas where they are particularly popular

Most shelters do not have kittens of this breed, so it is best to contact breed associations instead. If you are having trouble adopting a cat from a specific breed, you can always contact your local shelter or animal welfare organization, because every cat there deserves and needs to be adopted responsibly.

Remember that a cat is a living being that needs to be cared for, loved and nurtured on a daily basis. It is not a toy or something you can have and give away. So before adopting a cat, consider if you are a suitable candidate who can provide a high quality of life for the cat.

Continue reading this other article to learn more about what you should know before adopting a cat.

Elf Cat
Burmilla
Korat
Ukrainian Levkoy
Related articles
New
Metoclopramide for Cats - Dosage, Uses and Side Effects
New
Do Cats Have Belly Buttons?
Sense of Smell in Cats - Why is scent important to cats?
Fun Facts about Cats - 10 Fascinating Cat Facts
Can Cats Eat Avocado?
My Neutered Cat Keeps Marking
Are Cats Ticklish? - How You Can Tell if Your Cat Enjoys Being Tickled
Alpha Cat Behavior

Upload a picture of your Highland Fold Cat 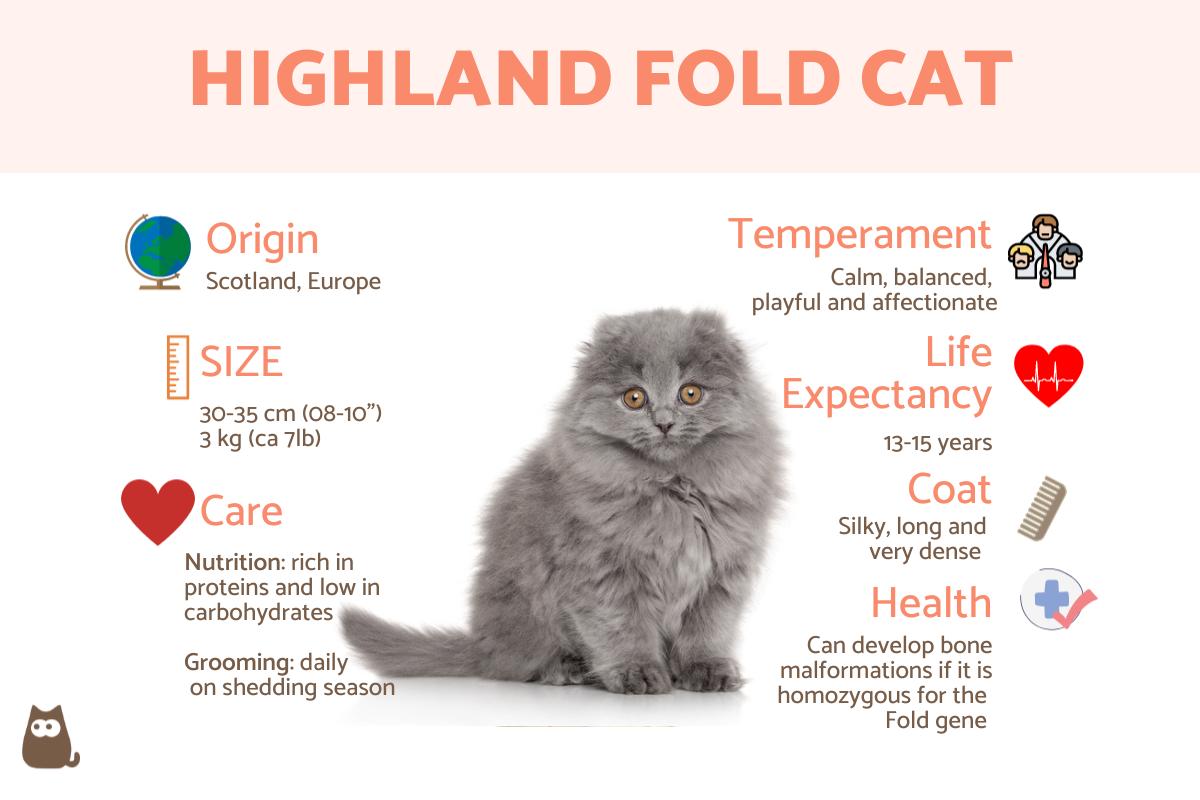 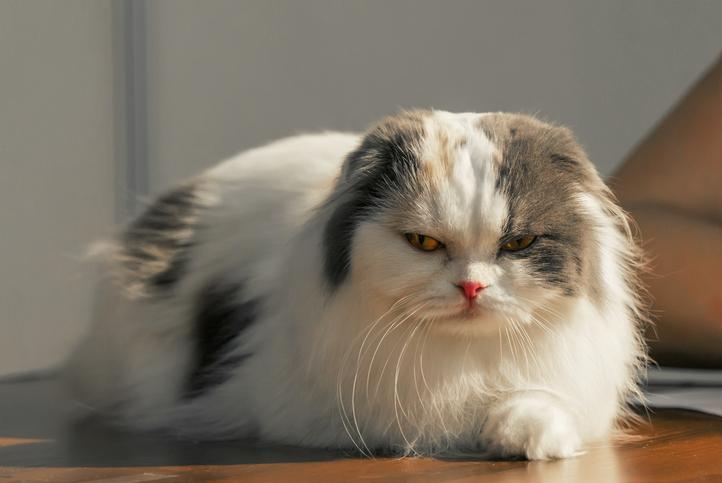 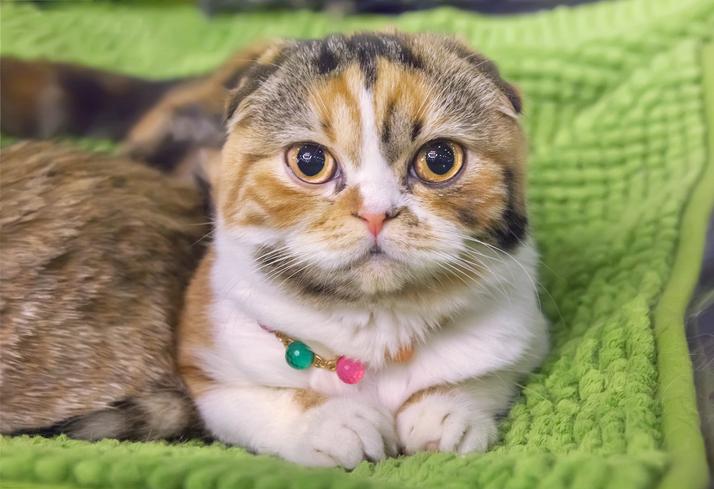 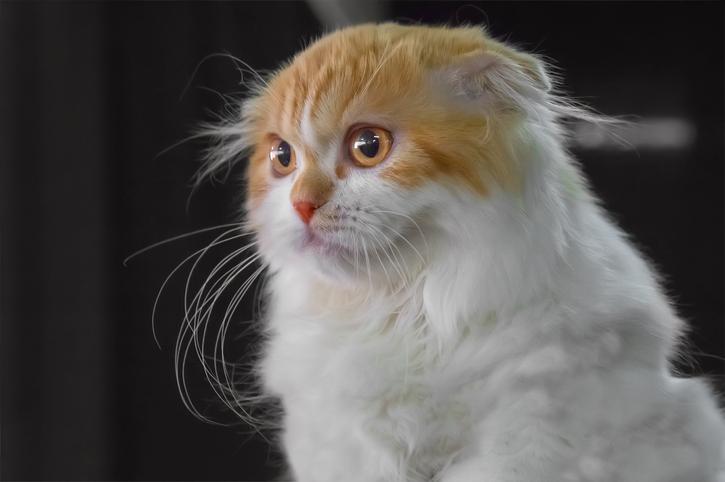 1 of 4
Highland Fold Cat
Back to top