The wildcat species is made up of both the European wildcat and the African wildcat. If you’re thinking of adopting a wildcat, certain precautions need to be taken. Although there are some people who have wildcats are pets, it should be known that these cats are wild animals and are classified as a cat species in danger of extinction.

Not only do we need to analyze the legalities of adopting a wildcat, but we also cannot neglect the ethical and moral aspects behind it. For more about the origin, characteristics, character and care of the wildcat, keep reading here at AnimalWised.

Origin of the wildcat

The wildcat is our classic domestic cat predecessor. Wildcats are feral carnivorous mammals that can be found scattered throughout forests in Africa, America, Asia and Europe. Due to the destruction to their habitat, this cat species is currently threatened, listed as a species in danger of extinction.

There are several wildcat species distributed around the world, of which the European wildcat (Felis Silvestris) and the African wildcat are the most common. This wildcat and domestic cat do hold similarities, however, the wildcat is larger in size and resembles a lynx. The North American wildcat species, Lynx rufus, can be found from Southern Canada to Southern Mexico. Its South American relative, the Leopardus geoffroyi, can be found in South America along with the Leopardus colocolo, otherwise known as the pampas cat.

If we focus on the wildcat in general, its ancestor the Martelli’s cat (Felis lunensis), lived in Europe during the Pliocene epoch. From there, its presence spread throughout the Middle East to Asia and Africa.

Characteristics of the wildcat

When it comes to wildcat physical characteristic, they strongly resemble the Iberian lynx, except for the fact that they are slightly smaller in size. Hybrids between these two species have been recorded.

A wildcat’s dense and medium length coat varies from brown to gray, and can appear patterned or mottled. Wildcats carry an elongated tail with a rounded tip and its characteristic ears are large and pointed.

A wildcat’s body is muscular, robust, stylized and flexible. Wildcats can weigh up to 8 kilograms, measuring from 5-120 cm in height. Their life expectancy ranges between 6-12 years, some individuals even living up to 14 years.

For more, we recommend reading our article where we list all types of wild cats around the world.

Wildcats are solitary and peaceful animals, however, they will act aggressively when threatened or when hunting. This cat species is territorial and will not hesitate when it comes to defending their territory. This is especially the case in male wildcats.

Wildcats are nocturnal and hunt at night, except in winter, when they prefer to re-adapt as diurnal animals. Wildcats adapt easily to various environments, which is why they have become popular as pets. However, it is important to remember that they are not like domestic cats in temperament, and can become aggressive when they feel necessary.

For more, read about the differences between feral and wild cats.

In its natural habitat, made up of relatively isolated forest areas of urban centers distributed throughout Europe, wildcats adapt to areas of thicket, deciduous forests. In Spain, for example, wildcats are scattered throughout the peninsula and the Balearic Islands.

In the wild, these cat species feed on the prey that they hunt. Wildcats mainly feed on rabbits, hares and other rodents, although this can vary. If food is scarce, wild cats can become scavengers, feeding on the remains of other animals.

The wildcat reproductive cycle has several phases. Their estrus period is usually from February to March, including gestation, which lasts between 60 and 70 days. These cats generally give birth to litters of about 3 kittens from April to May. The females are responsible for the offspring care, until kittens are approximately 9 months of age.

Since they are not domestic animals, if you want to adopt a wildcat, you will have to inform yourself about the legislature and laws in your area. This legislature usually requires licenses and pertinent documentation, because in addition to being wild felines, they are also in danger of extinction.

Initially, a wildcat’s main predators were animals such as the wolf and puma, but today the greatest danger to wildcat survival are humans.

Wildcats are generally very resistant when it comes to health, but like domestic cats, they can fall victim to feline coronavirus, parvovirus, feline leukemia, distemper and parasite-related conditions, usually contracted by rodents which they feed on. Additionally, when dealing with a wild animal, we cannot forget that deaths are often related to natural causes, fights and infections.

If you find a wild or injured cat, we recommend contacting your local authorities, forestry guards or notifying your local wildlife recovery center immediately.

For more, we recommend reading our article about domestic cats that look like leopards.

Upload a picture of your Wildcat 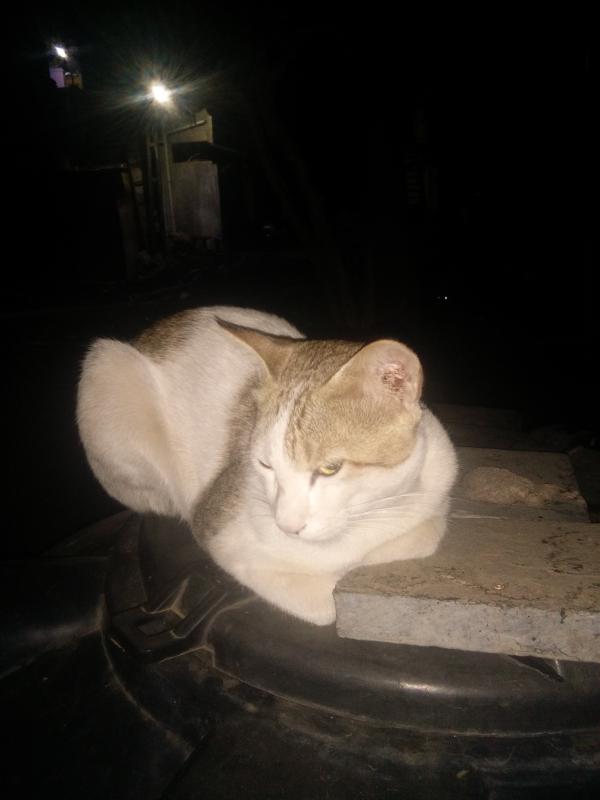 I want to know breed of my cat
Wildcat 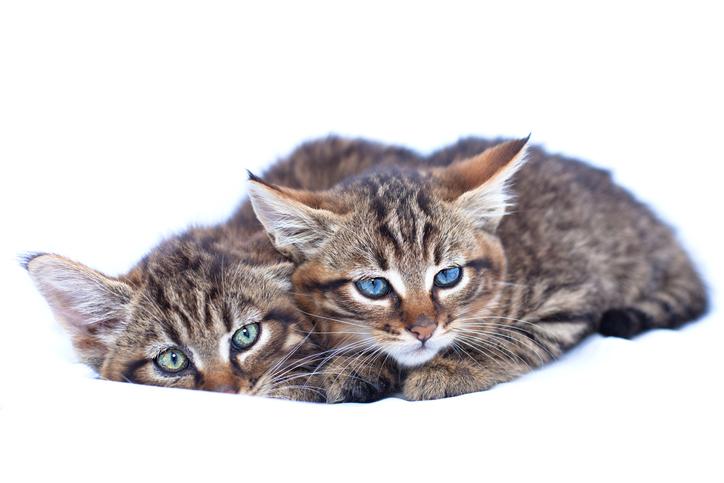 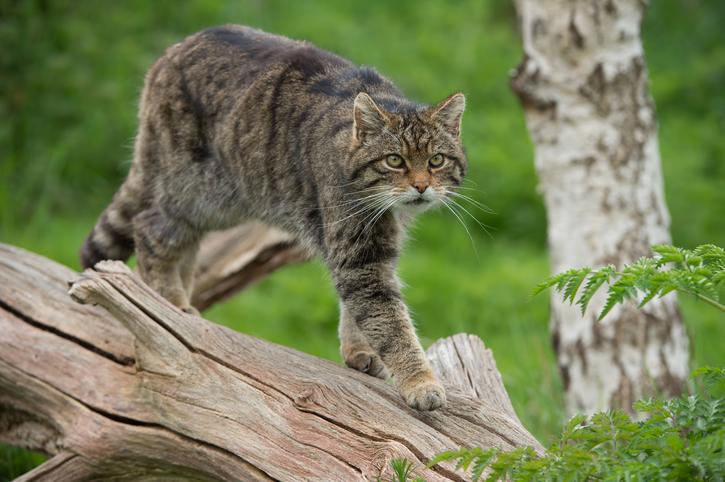 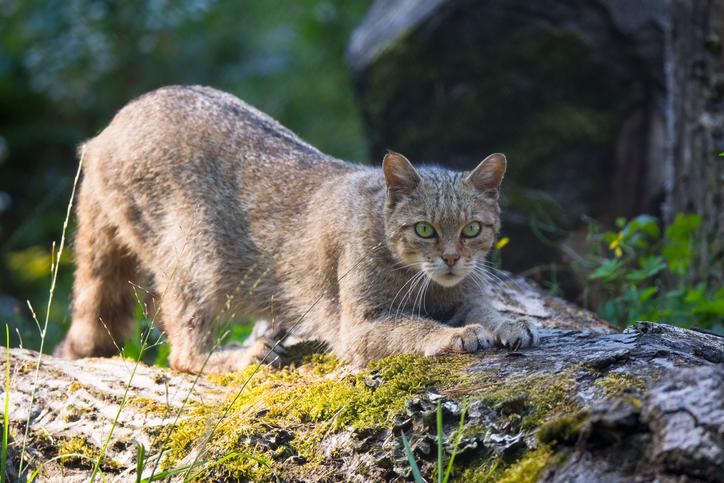 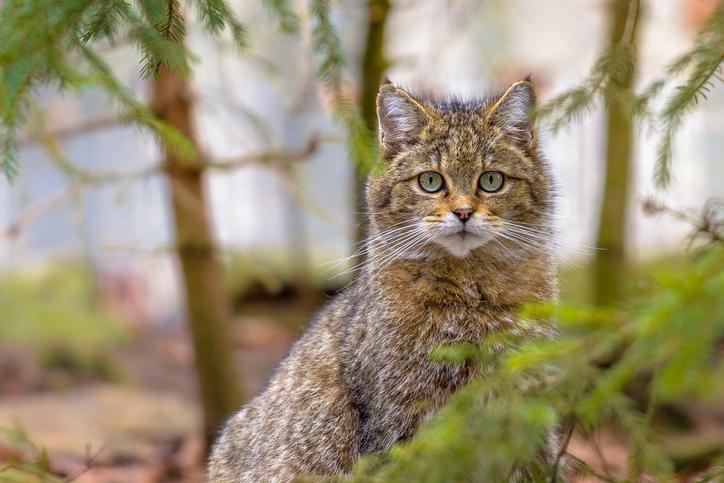 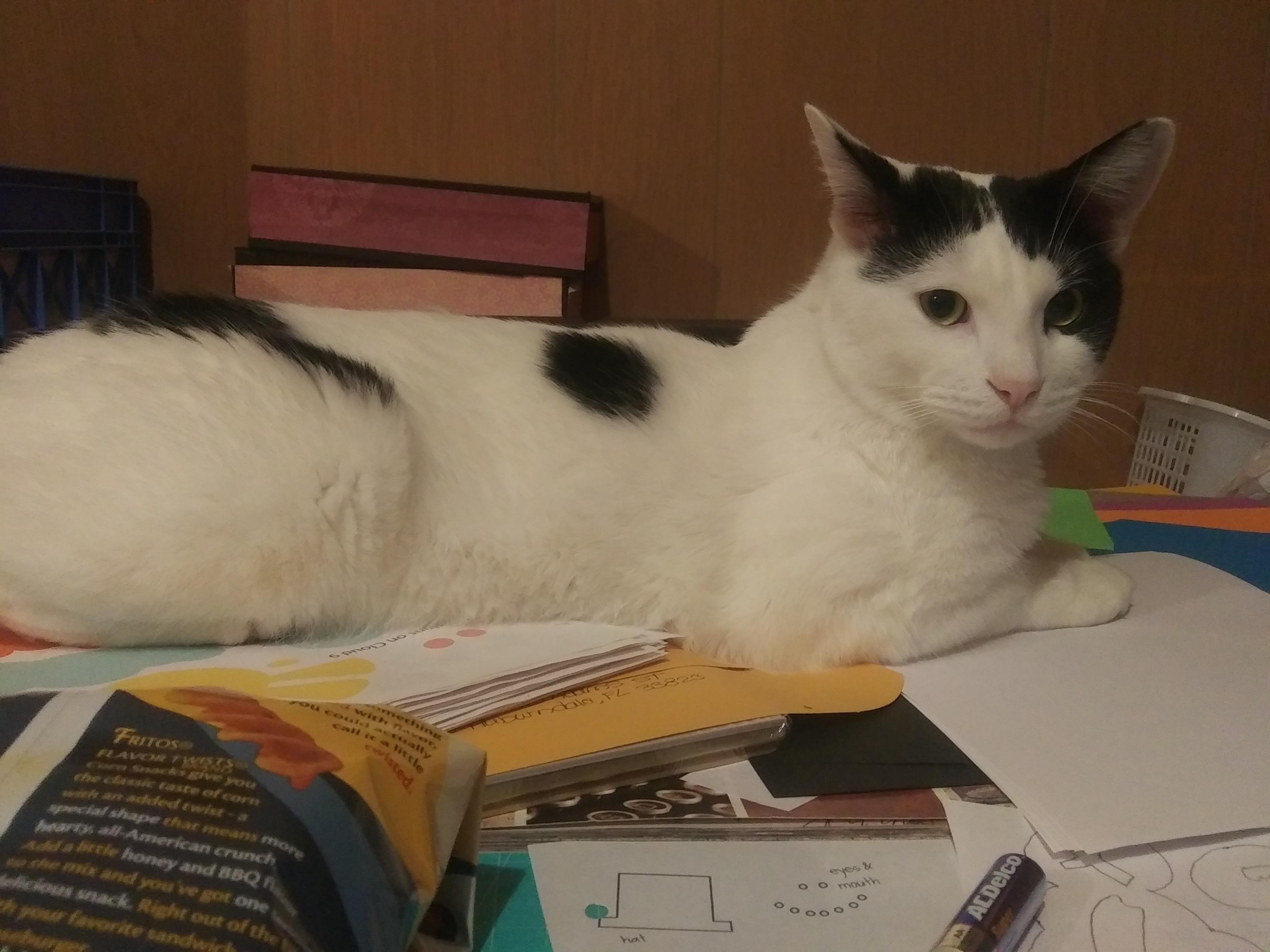 Photo uploaded by Ollie:Romeo that we adopted from the shelter
1 of 5
Wildcat
Back to top