With a beautiful pearl gray color, the Nebelung's long and silky coat gives it a striking appearance. These physical traits are inherited by cross breeding of other cat breeds. They get their beautiful shimmering color from Russian Blue cats and their textured long fur from American Longhair cats. While their gorgeous appearance certainly piques many people's interest, it is their cheerful and affectionate nature which truly endears them.

In this AnimalWised breed file on the Nebelung cat breed, we take a look at the characteristics, care and health issues which guardians will need to know when adopting them into their family. A relatively rare cat breed, they are gaining popularity across the world, so it's important the right information is shared.

Origin of the Nebelung cat breed

The relative rarity of the Nebelung cat breed is understandable when you consider how recently they have been established. The first cats to be considered Nebelung were born in the United States of America in 1986. As we state in the introduction, these cats were born as kittens from a cross between a Russian Blue and an American Longhair cat. These parental cats belonged to a breeder named Cora Cobb, considered the ‘author’ of the breed. The name of this cat is derived from the German word nebel which means ‘fog’, a reference to its wispy gray coloring.

Although these cats are generally well-liked by the public, not all breed standardization organizations officially recognize the Nebelung. However, currently there are some groups which accept the breed. Thanks to the hard work of Nebelung advocates, the American Cat Fanciers Association (ACFA), the World Cat Federation (WCF) and the Livre Officiel des Origines Félines (LOOF) now all recognize them as a distinct breed.

The Nebelung cat is considered a medium-sized breed. Their weight ranges between 4 and 6 kg for males and between 3 and 4 kg for females. A relatively healthy cat breed, the life expectancy of the Nebelung can be around 15 to 18 years of age.

As for distinguishing physical characteristics of the Nebelung, these cats are of a strong build, but are well-proportioned and balanced. They have very flexible limbs and, despite their often pristine appearance, are very agile and athletic. Their tail is long and bushy, resembling a charcoal feather duster. Nebelung head shape is triangular and mid-sized with a long, straight snout. Their ears are large and sit upright at the side of the head. The cat's eyes are round or almond shape, giving a penetrating gaze. Their eye color varies between deep green and blue colors.

Unlike other cat breeds, the Nebelung fur is always the same color. It is a gray shade with a bluish hue, the dame as their progenitor the Russian Blue cat. Its hair is incredibly soft and silky to the touch, longer at the tail and very thick in the undercarriage. It will take up to two years for the Nebelung's coat to reach its full glory. Considered a longhair cat, they are actually of more mid-hair length.

Character of the Nebelung cat

The Nebelung's character is one of grace and gratitude. Although they can be very reserved with people they don't know, they are incredibly affectionate and happy cat around people they consider family. This is why it is essential you accustom Nebelung cats to people and other animals at an early age. We need to provide positive socialization experiences to avoid excessive fear with strangers later in life. If we adopt a Nebelung kitten, we need to begin its association stage as soon as possible. If the kitten has not begun socialization after 3 months of life, it can be difficult for them to catch up. They may have already learned quite a few bad habits. This doesn't mean we can't socialize adult cats, it just means it might be quite difficult and will require a high level of patience.

When considering the temperament of the Nebelung cat, we can note a very active and playful sensibility. We can enjoy preparing games for them and it is vital we carve out a certain amount of time per day to play with them. Unfortunately, while they can be very affectionate, Nebelungs are also known for often being impatient. This means they are not the ideal cat for families with children, especially very young children who will not know how to play properly with them. Thy can be quite capricious and the erratic nature of children can cause problems.

On the other hand, the Nebelung is a cat which is known to get on well with other cats and pets. They need constant company, so ideally you will want to have them in a family with other animals to help engage them throughout the day. This not only helps to keep them occupied, but it lessens the chance of them developing disorders such as anxiety and depression. Regardless of their size, they can be well-suited to apartment living.

Due to the characteristics of its dense and long coat, it is necessary to pay particular attention to the Nebelung's fur. Using the correct brush for longhaired cats, you will need to brush them often. Four or five times a week is the minimum, but once a day is ideal, especially if you hope to keep your upholstery free of dead hair.

These cats do need a lot of activity to keep them engaged. If you want to guarantee the optimal care for a Nebelung, you will need to engage in games and play activity. Some Nebelung cats will also respond well to being taken for a walk, if they have a suitable harness. If we do choose to do this, it's important we choose a route before we go and keep them away from dangers such as traffic. If you don't play enough with your Nebelung cat, you will know it as they will make themselves known with vocalizations. Despite being vociferous in themselves, they do not like a lot of noise in the home.

The Nebelung is also a particularly hygienic cat and will need you to keep their litter box well cleaned. They will need a plentiful supply of fresh, clean water and food which is of good quality. If they disagree with your standards, they may stop eating and/or using the litter box.

The Nebelung are considered extremely healthy cats. There are some specimens which have been known to live over 20 years. Since they are a breed which has only existed for around 30 years at time of publication, this is quite an impressive feat. A lack of known genetic defects is part of their longevity, but this doesn't mean we don't need to look after them. A solid diet and sufficient room for exercise are vital. Affection and company will also help them to avoid stress and other mental burdens which can affect their well-being. Preventive medicine in the form of vaccinations and deworming are also important.

When brushing, ensure you take a look at their fur and skin condition to troubleshoot any health problems which may arise. Also, keeping an eye on their eyes, ears and nose fo signs on infection or infestation is important. Veterinary checks every 6 to 12 months are recommended.

Upload a picture of your Nebelung

1 comment
Regina
24/08/2019
Another striking cat breed. The Nebelung cat's appearance really fascinates me. How much does each one cost?

It really depends on where you live, but purebred cats can be quite expensive, especially rarer breeds such as the Nebelung. We recommend adopting anyway. There are many breed types represented, but more important is adopting a cat which fits well into your family, regardless of breed.
Nebelung 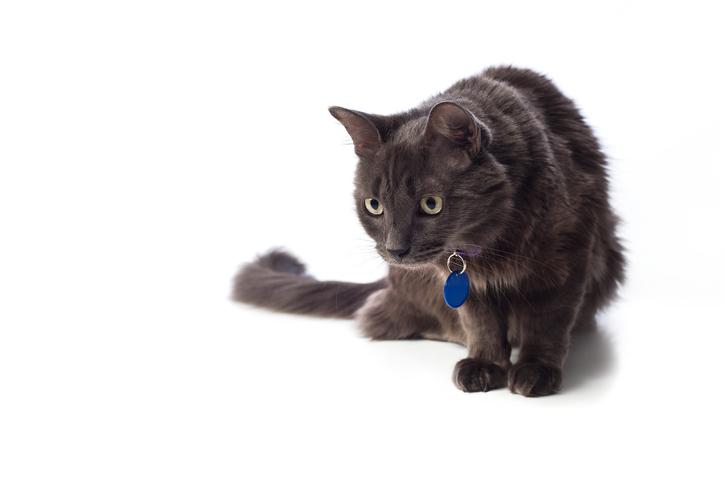 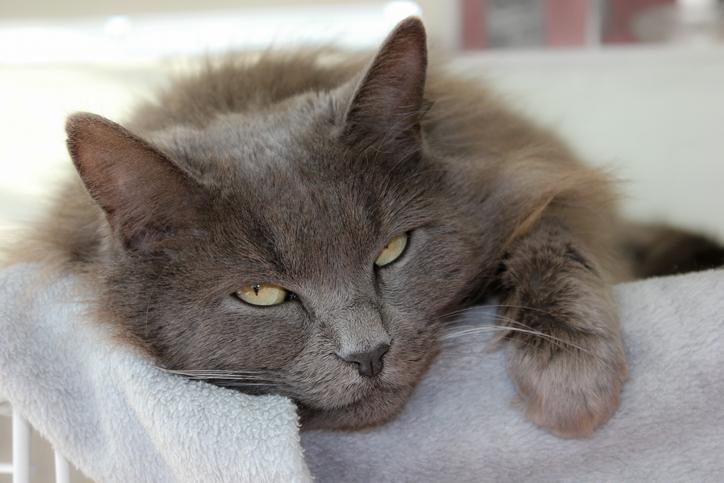 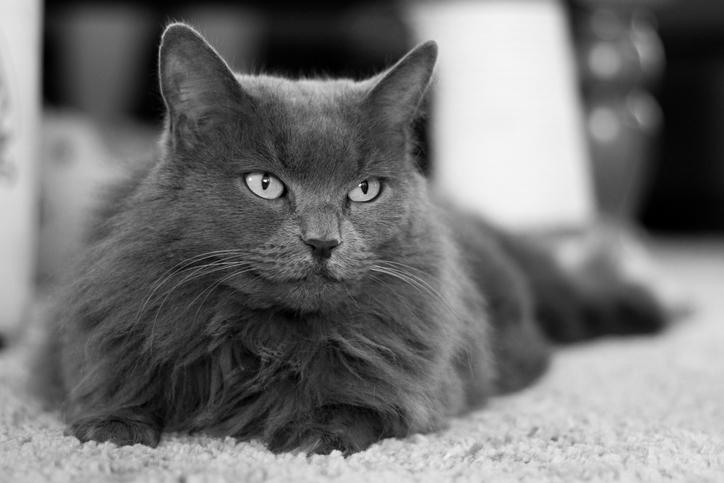 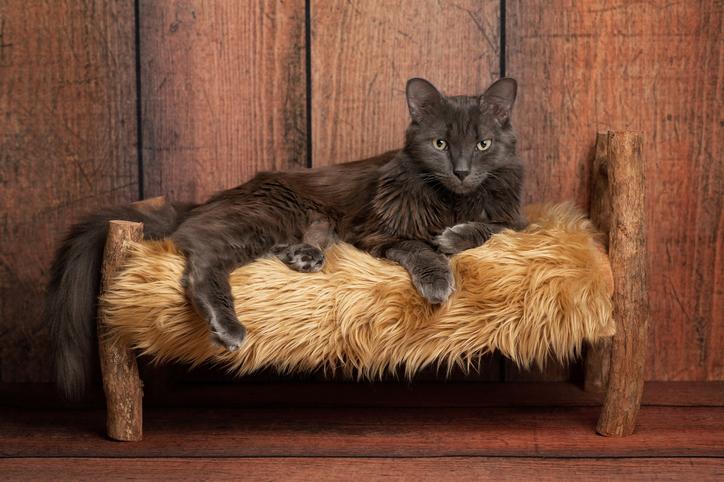 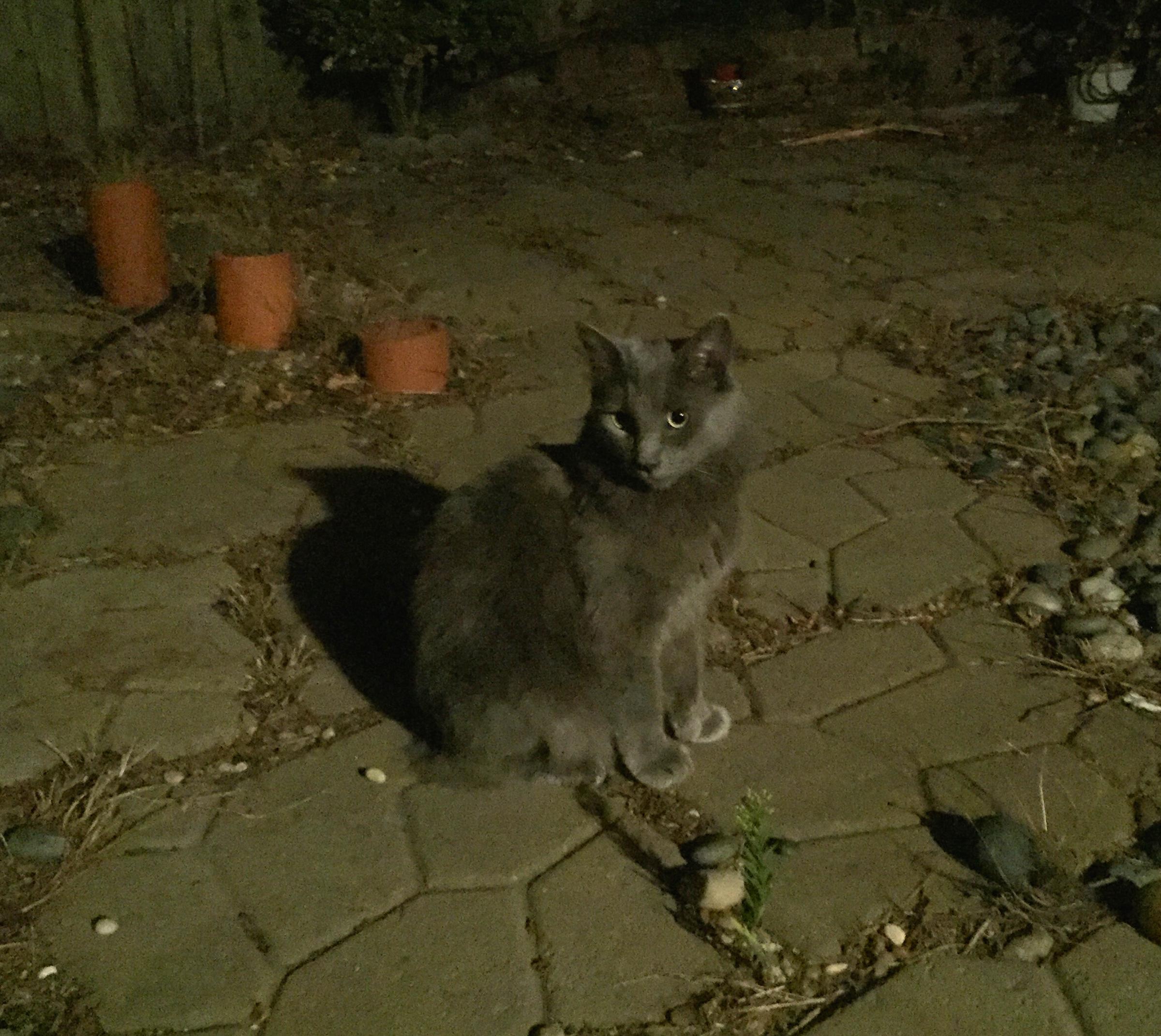 Photo uploaded by AKA AK:Found Shwa as a tiny feral kitten on the street. Unofficial Nebelung - probably from a Russian Blue male & long haired female.
Has all the physical & behavioral characteristics of Nebelung's (she has her summer coat here) and is the best kitty
1 of 5
Nebelung
Back to top