Animals with Shells - Examples with Pictures 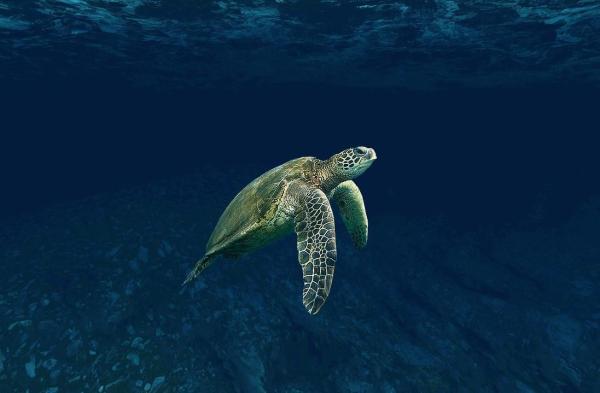 You may also be interested in: Animals with Exoskeleton - Names and Examples
Contents

What is a shell?

The shell is a structure which protects all or part of an animal's body. They occur in nature on both vertebrates and invertebrates. The shell functions as a shield to protect the animal according to its individual needs.

While turtles are perhaps the best known examples, animals with shells also include shrimp and bivalve mollusks such as clams and snails. Due to the variety of animals which have a shell, the structure itself can be either rigid and almost indestructible or flexible and membranous. Similarly, some shells cover almost all of the animal's body, while others might only be part of their morphology. Some shells are entire while others are parts of a segmented system.

If you are asking what animals with shells are called, then it's important to note there is no one term. This is because the taxonomy of shelled animals is so large. The shell itself may have different names, but it can always be described as a shell. For example, some marine animals with shells such as a turtle or lobster have a carapace, but a snail's shell is simply known as a shell.

What are animal shells used for?

As we state above, an animal's shell is used for protection. The more specific reasons include:

Additionally, some shells may move while others will not be able to perform this function. Turtles have a shell which covers the main part of their body, but leaves their head, limbs and tail free. Other species such as crabs and lobsters have a shell which covers their entire body. Some animals change their shell as they grow. Crabs molt their shell and have to wait until their new shell hardens. During this time they are more vulnerable to predators. Some other animals may used their old shell for their own purposes.

For bivalve mollusks such as snails or mussels, their shell is made up of mineral tissue. These minerals are secreted by the mollusk themselves through a structure known as the mantle. Thanks to this process, the shell is forme don top of the mantle and protects the mollusks soft body.

We now provided you are list of animals with shells. Included is various information about the characteristics of each animal as well as a photo:

The Herman's tortoise, as with other turtle species, has a short, bu wide body and a shell consisting of rigid bone scales. As with all tortoises, they are a type of land turtle which does not need to live in water to carry out certain functions. The dorsal part of the carapace is the part which points upwards when right side up. The underneath part is called the plastron.

In this species, the shell has yellow and black coloring which helps us to identify them. In addition to protection, the shell is also a means of thermoregulation as exposing it to the sun helps radiate heat through the body underneath.

The pond slider is a species of semi-aquatic turtle that lives in and around freshwater. It is distributed in the swamps and lagoons of North America and Mexico, possessing the ability to swim and walk on the banks. It has gained popularity as a pet and cam nowadays be found in captivity almost all over the world.

Marine and land turtles have some differences, including the shell. Sea turtles need less resistance in water currents to swim faster. For this reason, they have a smoother and flatter shell.

For land turtles, their shells tend to be harder and have more irregular shapes. The purpose of this is both to help camouflage against predators and to help prevent them front getting purchase when they are bitten. These differences also help us to differentiate between different turtle species.

The giant African snail is an animal with both a shell and antennae. They are a gastropod mollusk which originates in Africa, although they can be found in other parts of the world. In these other places they are often considered a an invasive species. Due to its large size, they are one of the most extravagant land snails. The shell has a spiral shape and protects the snails internal organs. They can also seek refuge from predators by retracting completely back inside their shell.

The giant clam belongs to a group of marine animals with shells. They are a mollusk, but there are almost 13,000 different species of giant clam. The shell has two parts joined together with a hinge. The edges of these parts are fringed with 4 or 5 vertical folds, helping to distinguish them from other clam species. They live attached to coral reefs and have no head, appendages or jaws.

This is a cephalopod mollusk considered a living fossil due to the age of the species (earliest fossils date back to the Early Pleistocene epoch). They have a developed and hard shell that can measure between a few millimeters to 30 centimeters. Through the entrance of the shell, tentacles appear. The chambered nautilus lives at the bottom of the sea and mainly feeds on fish or carrion.

The Florida stone crab is a decapod crustacean which is distributed throughout the coasts of Central America and the Eastern USA. The exoskeleton of the crab is a shell formed from quinine and calcium carbonate. These components are what give the crab's shell its hardness, something present in various crustacean animals. This exoskeleton moves as they grow and includes claws and pincers.

Reef lobsters are a group of lobster species which are in the same family as crabs. They are characterized by their hard shell which is spiny or smooth, depending on the part of the body. Generally, the carapace is smooth and the sines are on their legs and other parts, although it will depend on the individual species. Enoplometopus holthuisi is pictured below where you can see beautiful distinct circular and striped markings. The lobsters live on the reefs between 20 and 80 m deep where they feed mainly on fish and carrion.

The sacred scarab is an insect which lives in the Mediterranean, inhabiting swamp areas and river banks. As with other beetle species, they have a hard exoskeleton which acts as its shell. This exoskeleton is made up of various plates, similar to a suit of armor.

Sacred scarabs are a type of dung beetle, perhaps the most famous type. Part of the reason for this is their links to Ancient Egyptian mythology as the way they roll balls of dung across the land was seen to represent Khepri, the god of the morning sun. The sun rolls across the sky as this animal rolls dung across the land.

This animal with a shell is another crustacean on our list. This type is a decapod crustacean which live on reefs located in the Pacific and Indian oceans. They measure up to 6 cm, have 10 legs and a sectional body. Although they have a shell, it is not as hard of some of their crustacean relatives. The shell of this animal starts at the forehead and moves down the thorax, abdomen and tail with different sectional plates. They feed by eating parasites off fish in a symbiotic nature.

An even smaller animal with a shell is the American dog tick, otherwise known as the wood tick. They are an ectoparasite in the mite family. They frequently feed on mammals such as dogs, cats and horses. They are notoriously difficult to get rid of. Part of the reason for this is their shell which is part of their exoskeleton. This protects their internal organs, but since they are so small they are very robust. They feed on blood and can be a vector for various diseases such as lyme disease.

Other animals with shells

Here ends our list of 10 animals with shells. We have given a good range of the types of animals which have a shell, but there are so many more species which have this type of structure. They include:

Apart from the armadillo, there are no other mammals with shells in the world. Their shell is made from similar material to a turtle's shell. However, it is important to note the difference between scales and shells. Some animals have hard scales which act as armor, but they are not shells. To know more you can find out about animals with scales on AnimalWised.

If you want to read similar articles to Animals with Shells - Examples with Pictures, we recommend you visit our Facts about the animal kingdom category.

Bibliography
Different Crab Types with Names and Pictures
Animals That Start With I
Diapause in Animals - Definition With Examples
Aposematism in Animals - Definition with Examples
Related categories
Endangered animals
Most read
1.
What Animal am I According to my Zodiac Sign?
2.
What Does It Mean When a Cat Shows Up at My Door
3.
The 10 Most Solitary Animals in the World
4.
Differences Between Crows, Ravens and Rooks
5.
How Many Types of Lions Are There?
6.
10 Smells that Attract Cats
7.
Animals With Scales - A Full List
8.
10 Most Beautiful Animals in the World
Animals With Scales - A Full List
Classification of Invertebrates Chart With Definitions and Examples
Most Popular Cat Breeds - With Pictures!
Types of Animals with Gills
Examples of Vertebrate and Invertebrate Animals
Top 13 Australian Dog Breeds - With Pictures
10 Native Monkeys of India - With Pictures
Cat Body Language - Examples and Pictures

1 comment
Rating:
Travah Bullard
15/02/2022
Give me some examples of one shell animals
Animals with Shells - Examples with Pictures 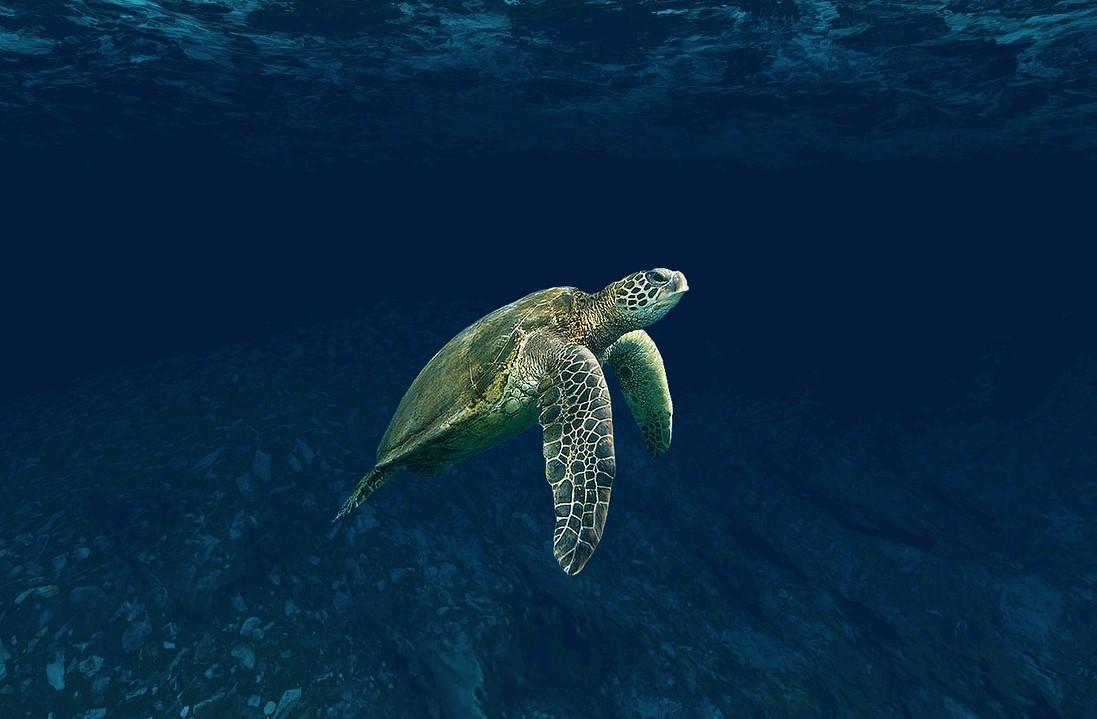 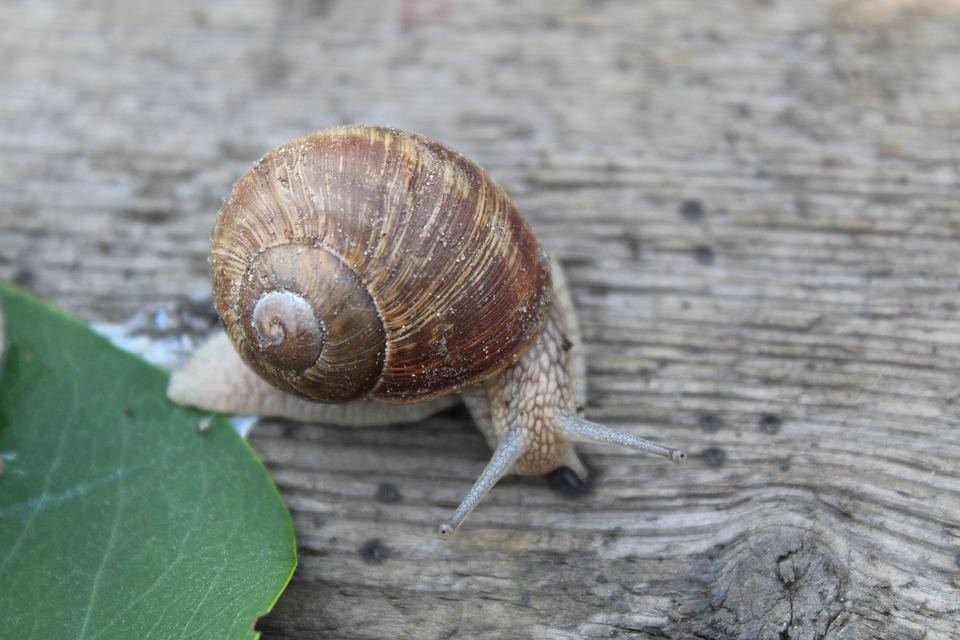 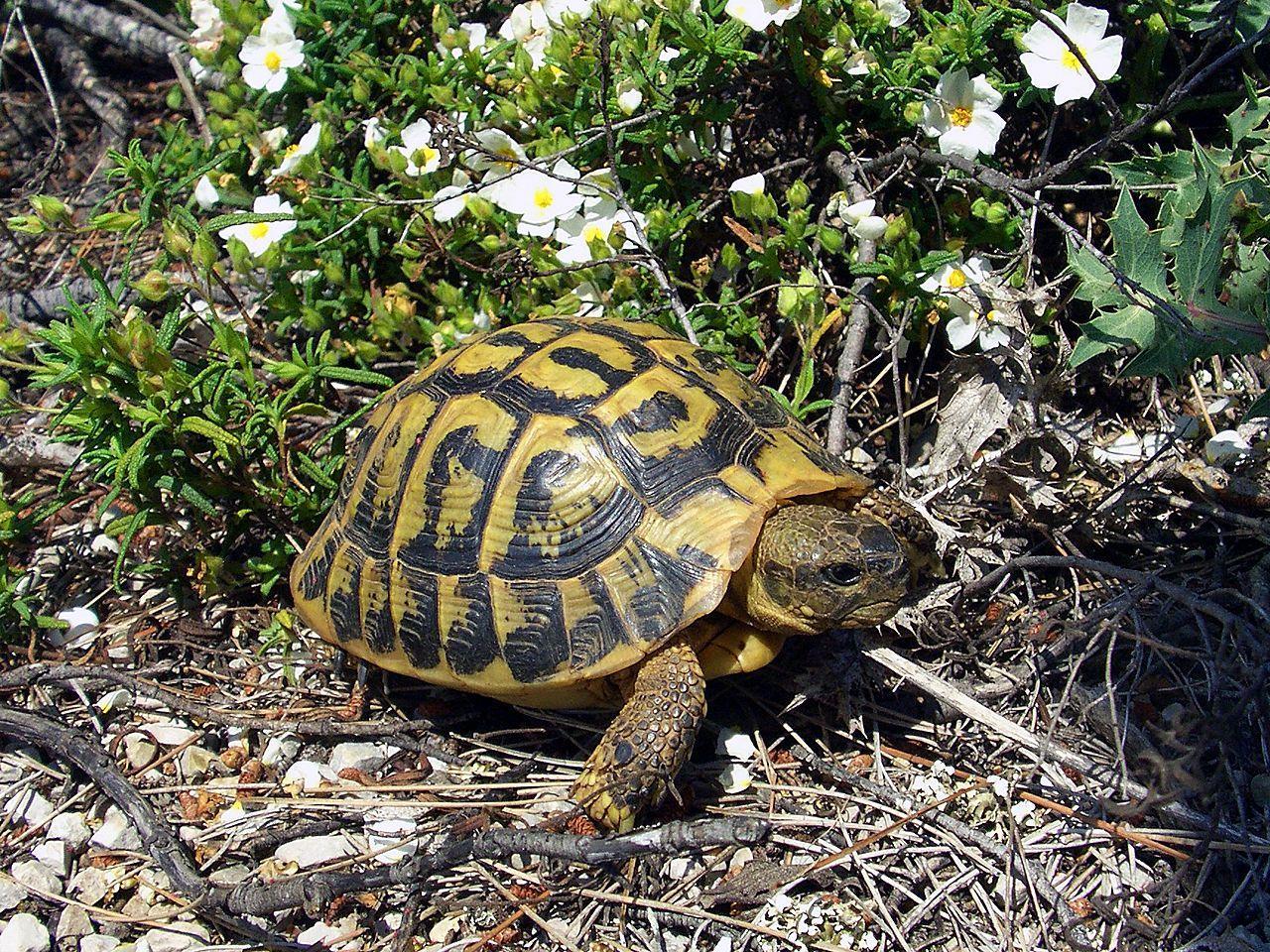 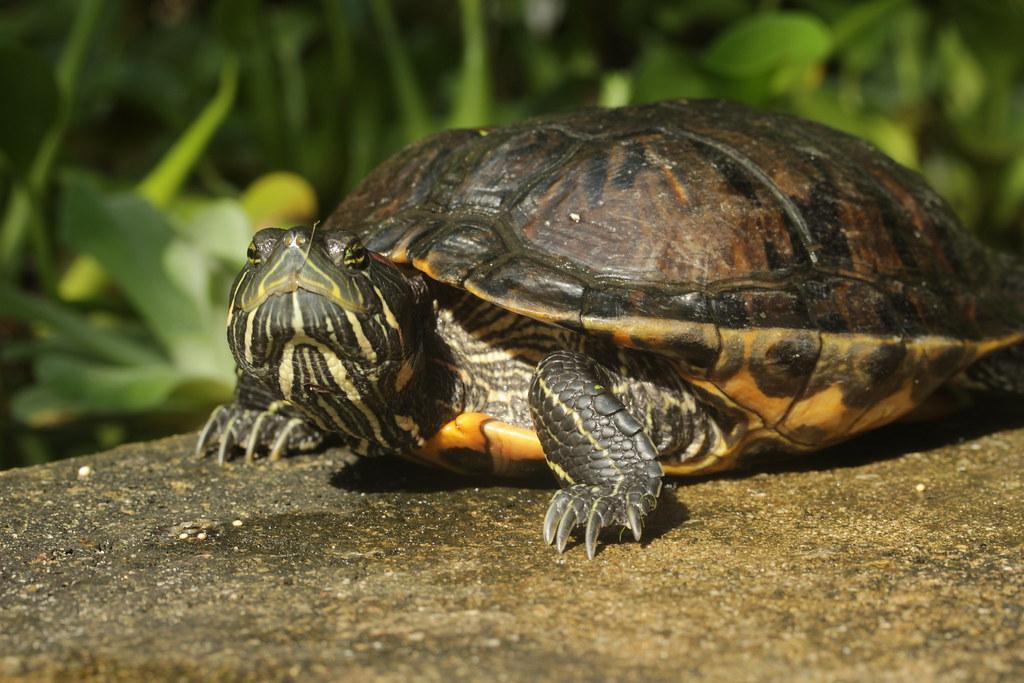 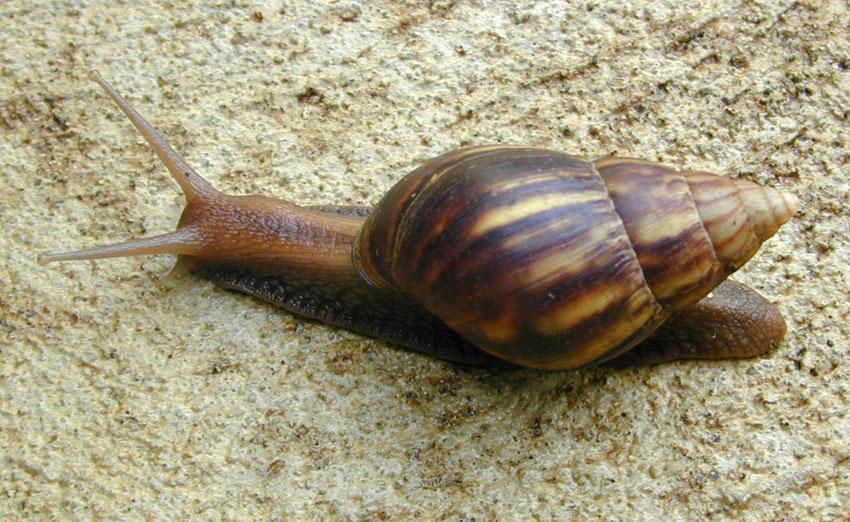 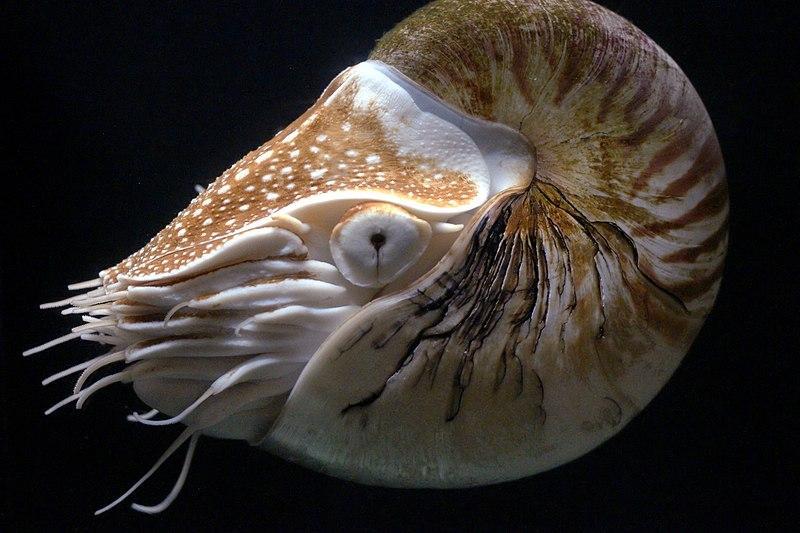 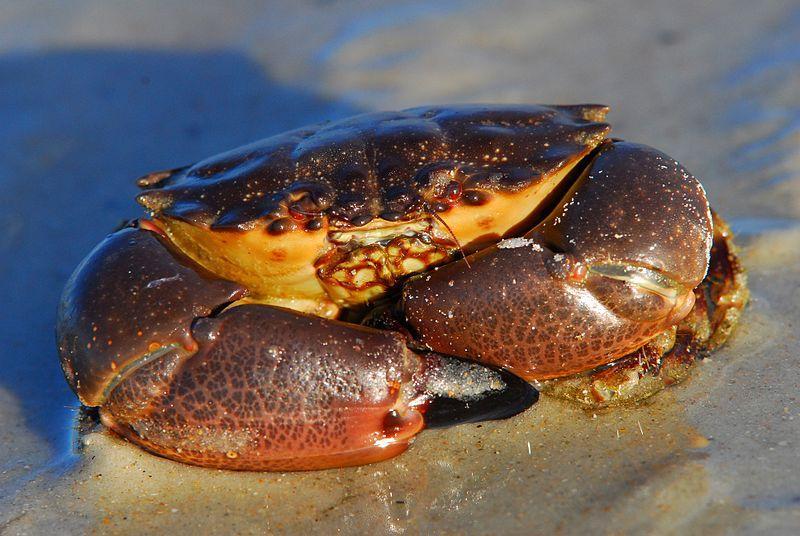 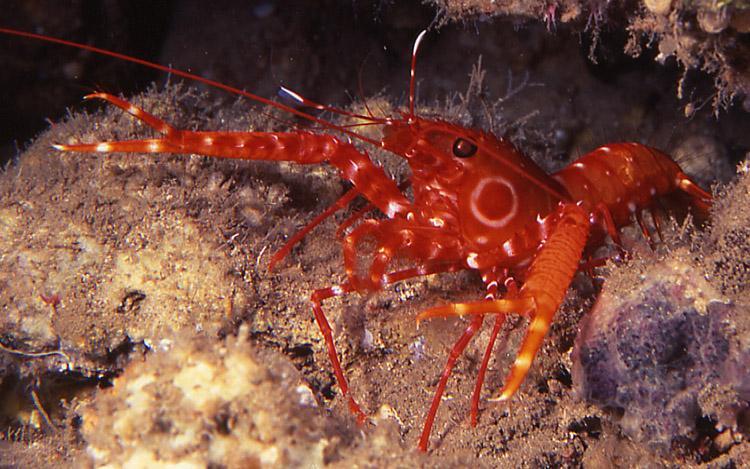 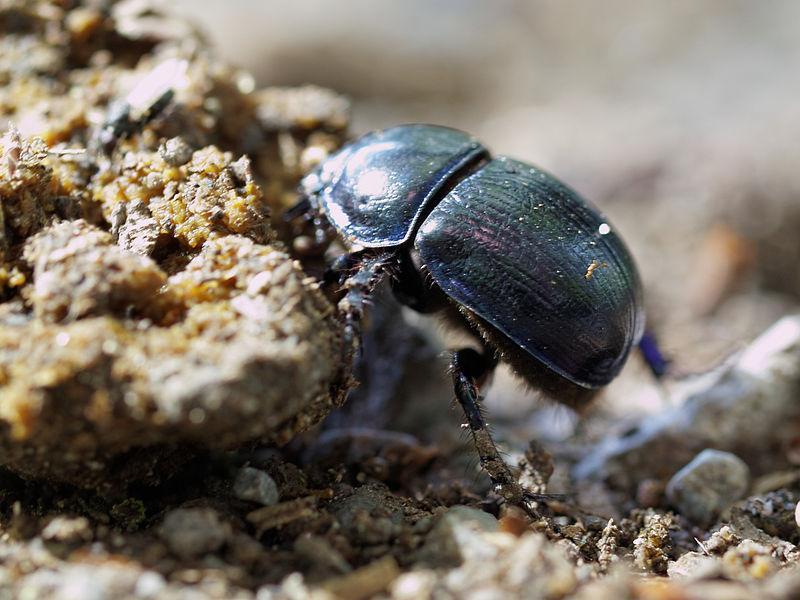 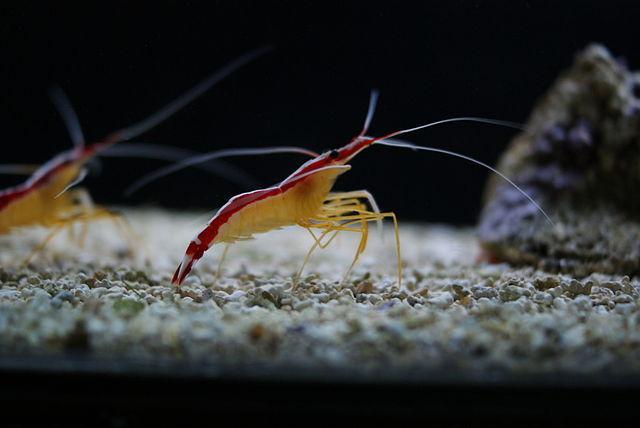 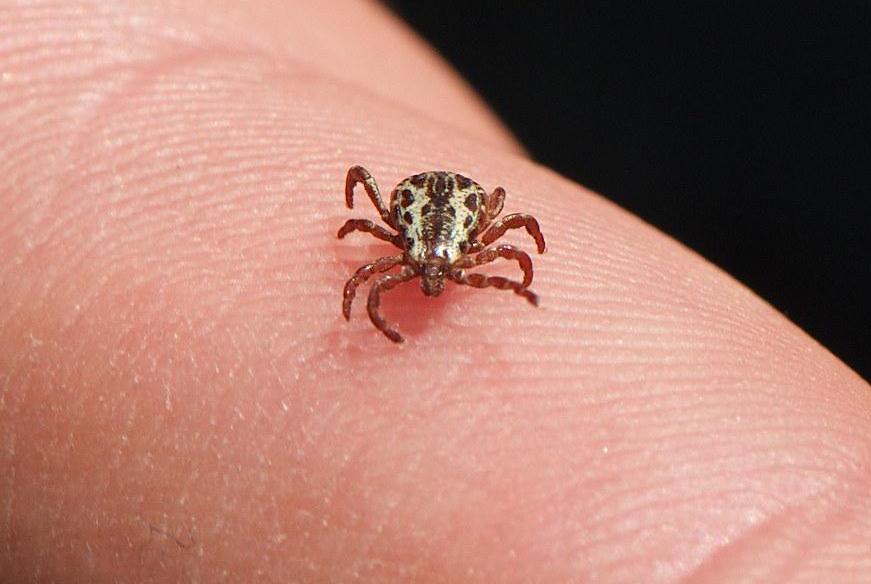 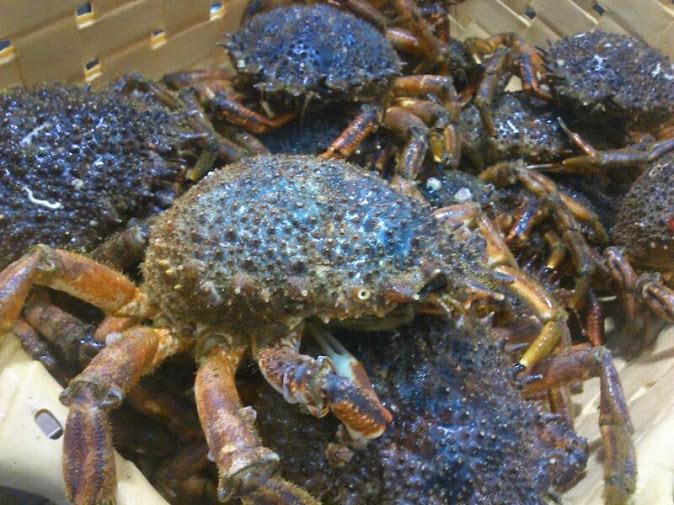