How to Know if My Hamster is Pregnant

In recent decades hamsters have become an increasingly popular pet, as much loved by adults as by children. This is in part due to their easy adaptation to environments, relatively simple care needs and, of course, the fact that they are adorable. Their care needs include maintaining a clean cage, providing a suitable diet and ensuring they have an enriched environment for physical and mental stimulation.

Hamsters will not always live peaceably together, although this may depend on breed. However, if it is possible you may want to keep two hamsters together for companionship reasons. It is also not always easy to tell the gender of your hamster, again depending on the breed. This means you may inadvertently keep a male and female hamster together which can lead to possible pregnancy. Similarly, you have inherited a hamster or adopted them from somewhere, but are unsure if they might be pregnant. This is why AnimalWised is here to help you out, by showing you how to tell if your hamster is pregnant and what to do if the answer is yes.

You may also be interested in: How to Know if your Tortoise is Pregnant
Contents

How long is a hamster pregnancy?

The minimum gestation period of a hamster is around 16 days. This period, however, can vary depending on the breed of hamster and the physical condition of the mother. Golden hamsters usually birth their young after 16 days, but dwarf hamsters may take closer to 21 days. Chinese and Siberian (Roborovski) hamsters usually need a minimum pregnancy of about 23 days.

Something common to all hamster breeds is that, during pregnancy, the abdomen doesn't enlarge until the last 4 or 5 days of gestation. This means we can't rely on an enlarged belly alone to determine whether a hamster is pregnant. This is why we will take a look below at some signs of a pregnant hamster to help you determine if this is the case.

Symptoms of a pregnant hamster

If you are wondering what are the symptoms which indicate a pregnant hamster, then we are here to show you the most notable signs. We'll also provide a little info on what you will need to do to care for a pregnant hamster. These include:

How many offspring can a hamster have?

What to do when a hamster gives birth

When your hamster gives birth one of the most important things you can do is nothing. Do not go into their cage unnecessarily and avoid touching the pups completely. Hamsters need isolation during pregnancy as well as when they are feeding after birth. This is especially so if they are a first time mother. Exposing a hamster to any outside stressors can be very damaging to both mother and baby hamsters. Importantly, if a human touches a baby hamster, it can lead to the mother eating them. This is believed to be because they consider the baby vulnerable and otherwise poorly trained to survive.

If you do observe a hamster eating its young, you should know that this is a natural phenomenon in this rodents. However, to do what you can to avoid this from happening, you can take preventative measures. These include providing an excellent diet, separating them from other hamsters as well as providing a calm and positive environment free from interference. It is also important to know that sometimes a mother will store their young in their mouth pouches, so it may look as if they are being eaten when they are not.

After around 15 to 20 days have passed, you will be able to clean the hamster's cage again. The pups will also start to play with each other and it should be safer for you to interact with them, even if they should remain as untouched as possible. Pups will need to be removed from both their mother and each other after a certain stage. This is for two reasons. Firstly, hamsters can reach sexual maturity as soon as a month after birth. This will depend on the breed, however, as Chinese hamsters will take longer than Syrian hamsters. The other reason is that mother hamsters may eat their young if left together for too long.

Is it necessary to separate a male hamster from the young?

As stipulated in the previous section, it is indeed important to separate a male hamster from a pregnant female as they may become aggressive and attack each other. However, it is absolutely imperative that the male be removed after the female gives birth. This is for two reasons, firstly so that it will prevent one or both of the parents eating their young. Secondly, a new pregnancy can occur almost as soon as the litter is born, approximately 24 hours after labor has concluded.

If you want to read similar articles to How to Know if My Hamster is Pregnant, we recommend you visit our Gestation category.

8 comments
Rating:
chae
08/07/2021
hi! thank you for this article
Rating:
Autumn
28/12/2020
Hi my pet hamster gets very mad when I try to hold her she bites me and she made a next is she pregnant?
Rating:
Simone
05/06/2020
I am not sure if my hamster is pregnant and am scared she will attack me if picked up ti check her stomach. also i can't see any nest, but her hideout is opaque and she is randomly waking up throughout the day. other than that she has most of the symptoms. should i take out her wheel and toys for a few days, just in case, or should i wait

Has she been in contact with males recently?
Terrie
13/07/2019
I have Syrian hamsters for breeding purposes. I have seen my hamsters breed once already should I expose the female to the male again or is she for sure pregnant
Rating:
mimi
08/07/2019 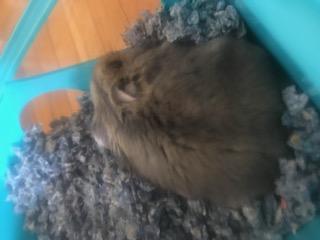 my hamster is a roborovski and she is 4 month old. I am not sure if she is pregnant and it is been 15 days. I have noticed that she bites me a lot and that her behavior is changed.

Roborovski hamsters can reach sexual maturity as young as 5 weeks, so it is possible. Has she been exposed to any males?
Rating:
Anonymous
13/04/2019 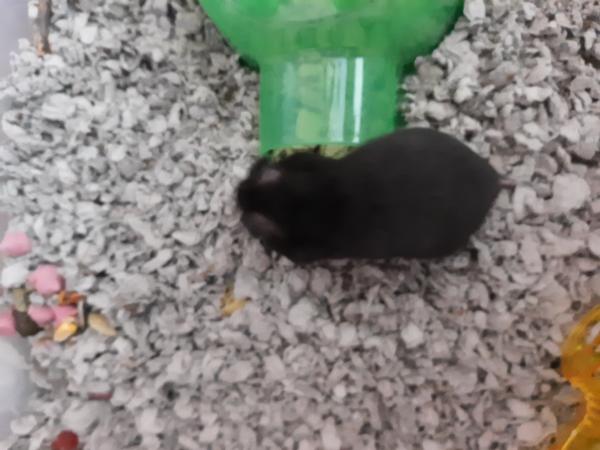 My hamster looks pregnant, but my parents think otherwise. I did a side by side comparison, and they still think not. Heres a picture.

Administrador AnimalWised
17/04/2019
As the article states, it can be so difficult to tell if a hamster is pregnant. We can't tell from the picture, but you'll have to wait and see until their belly has reveals more. Also need to check their history (i.e. have they had the opportunity to become pregnant?).
Rating:
kirubhakaran
27/02/2019
how to identify the hamster is pregnant pls tel briefly. then which food mostly likes thatmother during pups birth time. which food is healthy for hamster pups. pups birth hereafter when clean the cage and how many days after female matting with the male hamster
lilly potter
18/02/2019
can my males hamster cage be near my pregnant females cage?

Theoretically, as they are in separate cages, the mother shouldn't feel threatened. However, female hamsters are known to eat their young. Scientists have various theories as to why, but often it is because they feel threatened. Perhaps having a male hamster so close after she gives birth would make the female feel threatened. For this reason, it might be best to keep them separated just in case it has any negative effect. This may seem a little cautious, but it's better to be safe than sorry.

Good luck!
How to Know if My Hamster is Pregnant 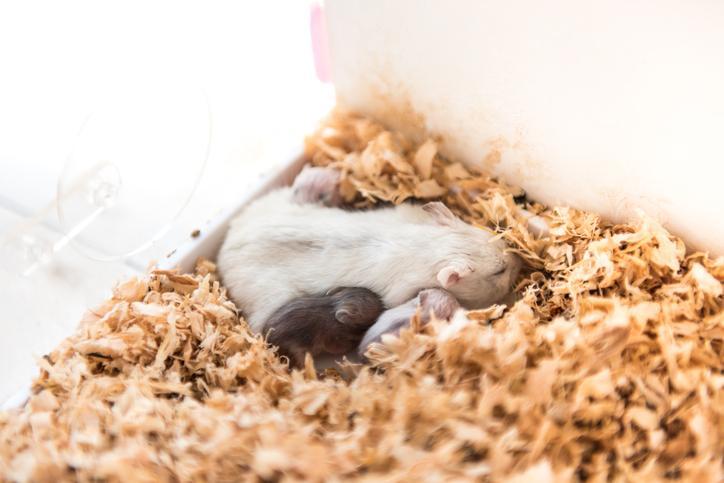 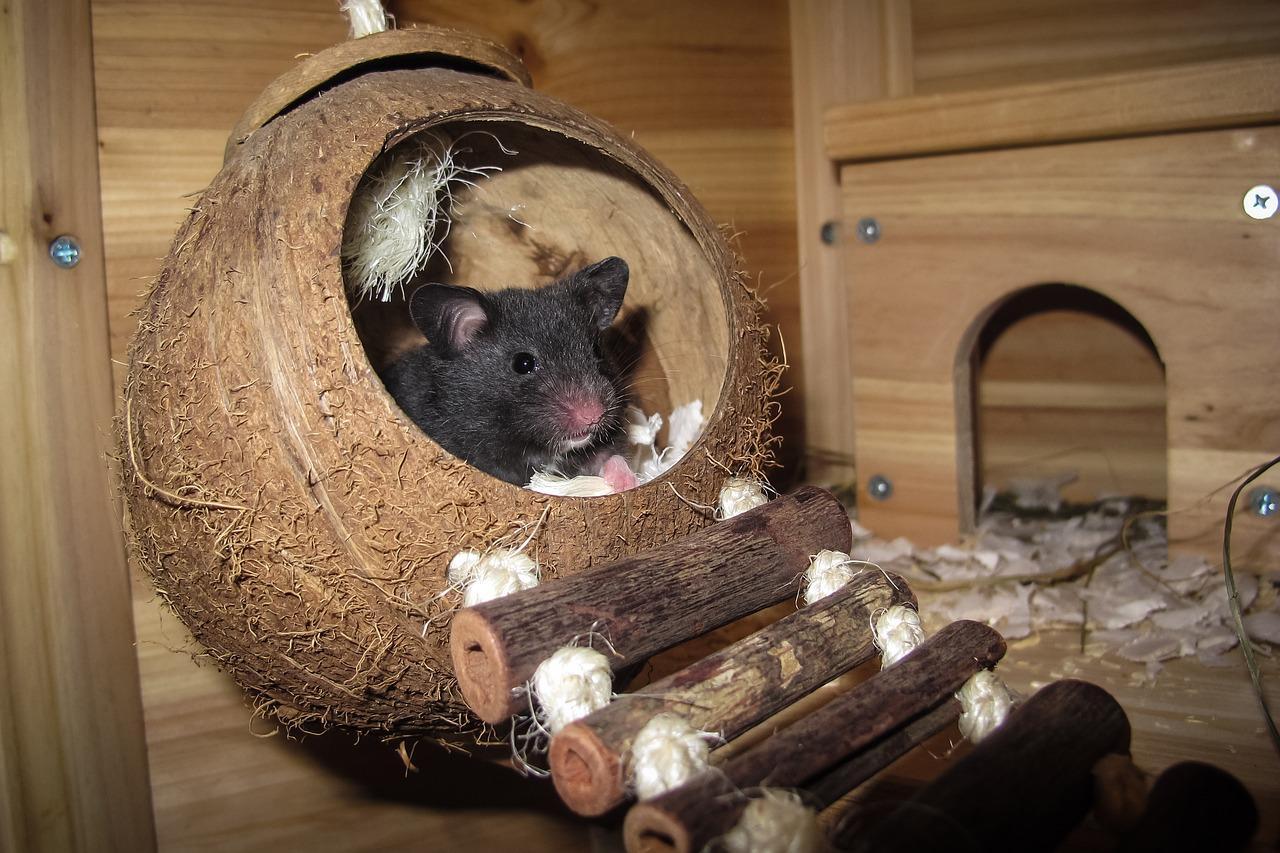 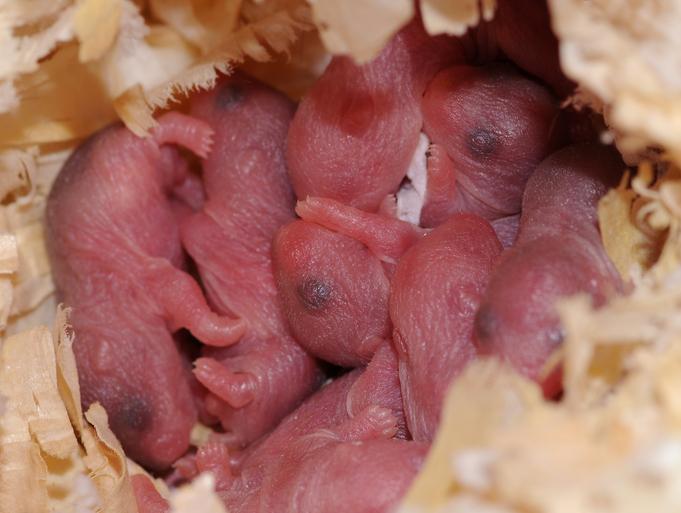