My Dog Has Vaginal Discharge

Have you seen your female dog licking their vagina? As part of their hygiene routine, a certain amount of licking is normal. However, if it happens a lot, then you will need to observe further. One explanation for a dog licking her vagina is because there is a discharge she wants to get rid of. This discharge can be of various colors, but the first thing we need to do is determine whether the discharge is from urine or vaginal fluid.

If you are are noticing that your female dog has vaginal discharge, then you will need to know what is the cause. While some discharge is normal, it is also a sign of possible infection. This is why AnimalWised wants to highlight just how important it is you take your dog to the vet if you see abnormal vaginal discharge in your dog. This article highlights some of the possible problems.

You may also be interested in: My Female Dog Has Clear Discharge
Contents

My female dog has brown discharge

Before we go further into types of vaginal discharge and their meanings, we need to get a little specific. Technically, urine is discharged from the vagina. During certain times of the dog's life or if the dog is in a certain condition, some discharge may be normal. However, if your female dog has brown discharge, this is not a sign of a healthy dog. Possible causes of brown discharge include:

As you can see, most of these brown discharge causes are to do with the dog's reproductive system. Additionally, some diseases of the urinary tract have brown discharge as a symptom. We need to look carefully at its origin. Sometimes the problem is not vaginal discharge, but cloudy urine. This can have its own causes, but they are not necessarily to do with the dog's reproductive system.

On the other hand, even if our dog has been spayed, it might be possible they have brown discharge. This is likely to be due to something called pyometra, which can exist thanks to the presence of a uterine stump. We show you more about these potential pathologies below.

My pregnant dog has vaginal discharge

If your dog has not been spayed, it is possible they will become pregnant. The vast majority of canine pregnancies will come to term without problem. In fact, about 30 days after a successful mating, your dog present with some clear discharge or a small amount of mucus. This is actually a normal sign of pregnancy in dogs, although it is not always apparent, especially if the dog licks it off before you can see.

However, if your dog has discharge during pregnancy, then it could be a sign of something more severe. This is especially the case if your dog has dark, brown, reddish or similar discharge. The coloration may be due to the presence of blood. If this is the case with your dog, then it is possible they are having a miscarriage. This is when the fetus becomes aborted before the puppies can come to term.

There are various reasons a dog will miscarry. This could be due to nutritional deficiencies, trauma, developmental disorders, an underlying pathology or other causes. If the miscarriage occurs during the last three weeks of pregnancy, then it is considered an abortion. Before this point it is known as fetal resorption. In either case a brown or dark vaginal discharge can be the sign which helps us to detect it.

You have to go to the veterinarian to examine the status of the dog's uterus and the development of the fetuses. Antibiotic treatment may be required to treat any concurrent infection. If this is not the first time this has happened then the dog will need a thorough medical examination to ensure there is no underlying problem. We should not allow them to reproduce until any such problem is resolved.

It may even be possible the dog needs to have the puppies aborted to save the mother's life. In this case, our article on how to terminate a dog pregnancy may be relevant.

My dog is in labor and has vaginal discharge

If a dog is already in labor and they secrete dark vaginal discharge, it is a sign that urgent veterinary consultation is required. There is likely a complication in this delicate process. In the most severe cases, the veterinarian will have to do a cesarean section (c-section).

However, there will be normal discharge which accompanies a mother birthing puppies. This is related to the amniotic fluids and placenta which is required to feed the puppies in utero. They may also defecate during the birth which can color discharge. Knowing the difference is an important thing to do before your dog gives birth.

It is possible a dog will show dark vaginal discharge after they have birthed all their puppies. In these cases, it is likely caused by hygiene issues or placental retention. If there is an infection, it could be acute metritis which displays the following symptoms:

Metritis requires veterinary treatment based on antibiotics and intravenous fluids. Hormone therapy may also be used to empty the uterus. In severe cases, the uterus must be removed. It is very possible that we have to take over care of the litter from the mother in these instances.

Another reason for dark vaginal discharge in female dogs that have given birth is the subinvolution of the placental site. This occurs when the uterus cannot return to its pre-pregnancy size. It is most likely to happen in younger bitches. After delivery is is normal for a dog to sport up to 6 weeks. These spot are known as ‘lochia’. During subinvolution, the spotting and discharge does not stop. This process usually stops spontaneously, but complications can occur. In this cases it is advised the dog be spayed.

My spayed dog has vaginal discharge

While there are many reasons a dog will have different types of vaginal discharge, dark or brown discharge is most commonly caused by pyometra. This is an infection of the uterus which means it is not often associated with spayed dogs. Spaying, also known as an ovariohysterectomy, is a form of female neutering which involves the removal of both the ovaries and the uterus.

Since pyometra affects the uterus, then it is understandable to think spayed dogs cannot have this problem. However, while it only occurs the vast minority of cases, spaying may not remove all of the uterus. A uterine stump may be left over which can become infect and resort in vaginal discharge. This is often purulent discharge with obvious mucus.

For more information, take a look at our article on whether a spayed dog can get pyometra.

Symptoms of pyometra in female dogs

Types of pyometra in female dogs

There are two types of pyometra which can affect female dogs:

My dog has vaginal discharge due to vaginitis

Vaginal discharge is not always caused by more interior problems such as those associated with the uterus. Vaginitis is a general term for inflammation of the vagina. Your dog may be licking her vagina to remove discharge caused by vaginitis, but the licking may also be to simply relieve discomfort. This is why we need to pay attention if your dog is excessively licking their vagina.

The causes of vaginitis are likely to be due to viral or bacterial infections, although it is possible and anatomical defect or trauma can also occur. Since the dog may lick away vaginal discharge caused by vaginitis, we need to look out for other signs or symptoms.

One sign which might lead us to suspect vaginitis is due to the inflammation. This mimics the symptoms of a female dog in heat, so she may get attention from other dogs more than usual. They may also display some spotting. It is possible for dogs under the age of one year old to get juvenile vaginitis. Normally there are no symptoms, but sometimes purulent vaginal discharge can occur.

You will need to go to the veterinarian to treat canine vaginitis. Early detection is important to prevent infection from spreading. In general, the area will be disinfected and antibiotics will be prescribed, although treatment may vary depending on the cause.

My dog has vaginal discharge due to tumors

Another cause of vaginal discharge in female dogs is due to tumors growing in the reproductive system. Tumors on the vagina or vulva can be either benign or malignant, although the latter are rare. Tumors are more common in senior dogs, especially those over 10 years of age.

They can cause vaginal discharge, sometimes of a brown or reddish color. Clear discharge is not likely to be tumor related. It is possible for a protrusion to extend outside of the vulva itself. The dog will be licking their vagina with greater intensity and frequency. They will also urinate more than usual. Large tumors can deform the perineal area. Treatment usually involves surgery, but you will need to go to the veterinarian to confirm.

One of the most worrying types of vaginal discharge is when there is obvious blood. You might see bloody discharge and wonder if it is from the vagina itself or it is in their urine. Hematuria is the presence of blood in the urine. This can be due to cystitis, a bacterial infection of the bladder.

Symptoms of cystitis in dogs

Cystitis in female dogs can manifest itself in several ways:

It is essential we take our dog to the veterinarian to treat the infection as soon as possible. This will help to stop the infection from spreading to other parts of the digestive system. The infection will be confirmed with a urine test and likely treated by antibiotics. If you want to know more you can look at other reasons why your dog may pee a little blood. 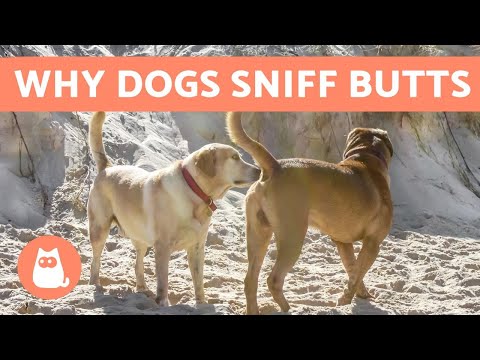 If you want to read similar articles to My Dog Has Vaginal Discharge, we recommend you visit our Reproductive system diseases category.

My Female Dog Has Green Discharge
Cystic Endometrial Hyperplasia in Dogs - Causes and Treatment
My Dog Has a Growth on Her Vagina
My Dog Has Pus Coming From His Penis
Related categories
Pregnancy problemsMental problemsInfectious diseasesDe-wormingOther health problemsParasitic diseases
Most read
1.
My Dog Is Bleeding from His Penis
2.
What to Do if My Dog has Something Stuck in his Throat?
3.
My Dog Keeps Licking Her Private Area - All Possible Reasons
4.
My Dog Has Pus Coming From His Penis
5.
Why Does My Cat Push Out His Penis and Lick It?
6.
My Dog's Poop Starts Solid Then Goes Soft
7.
My Cat Has Liquid Coming From Their Anus
8.
Why Is My Cat Vomiting White Foam?
My Cat Keeps Licking Her Private Area
My Dog Has a Swollen Penis - Dog Penis Problems
Do Dogs Go Through Menopause?
Dog Penis - Male Dog Anatomy
My Dog Keeps Licking His Butt and It Smells
My Dog Is Bleeding from His Penis
My Cat Has Swollen Testicles - Causes and Treatment
Why Does My Dog Have Swollen Testicles? 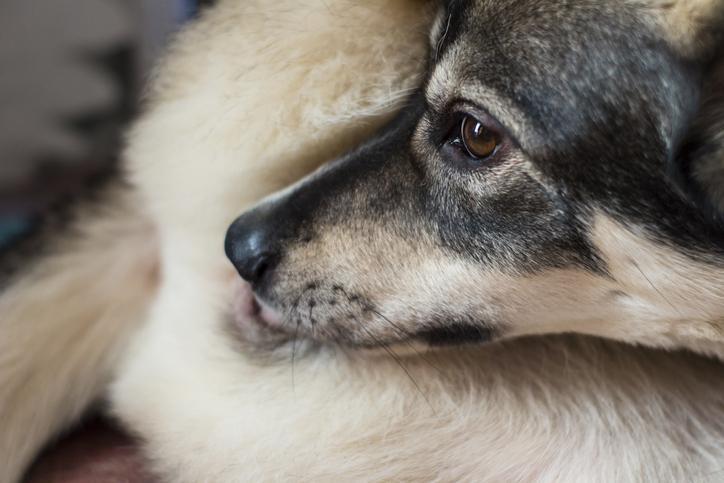 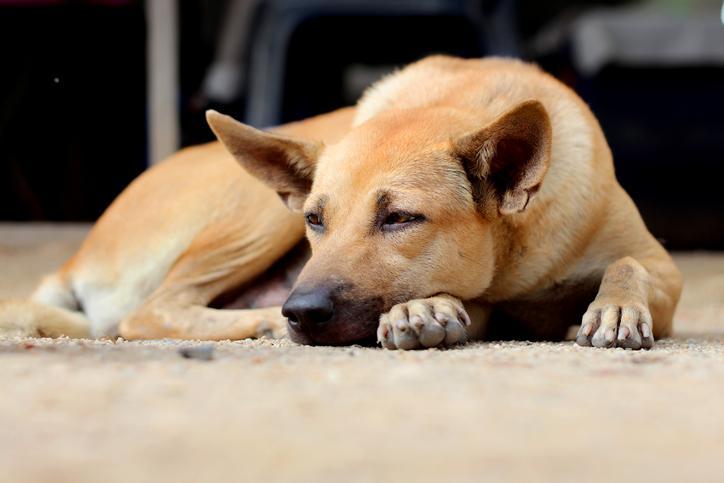 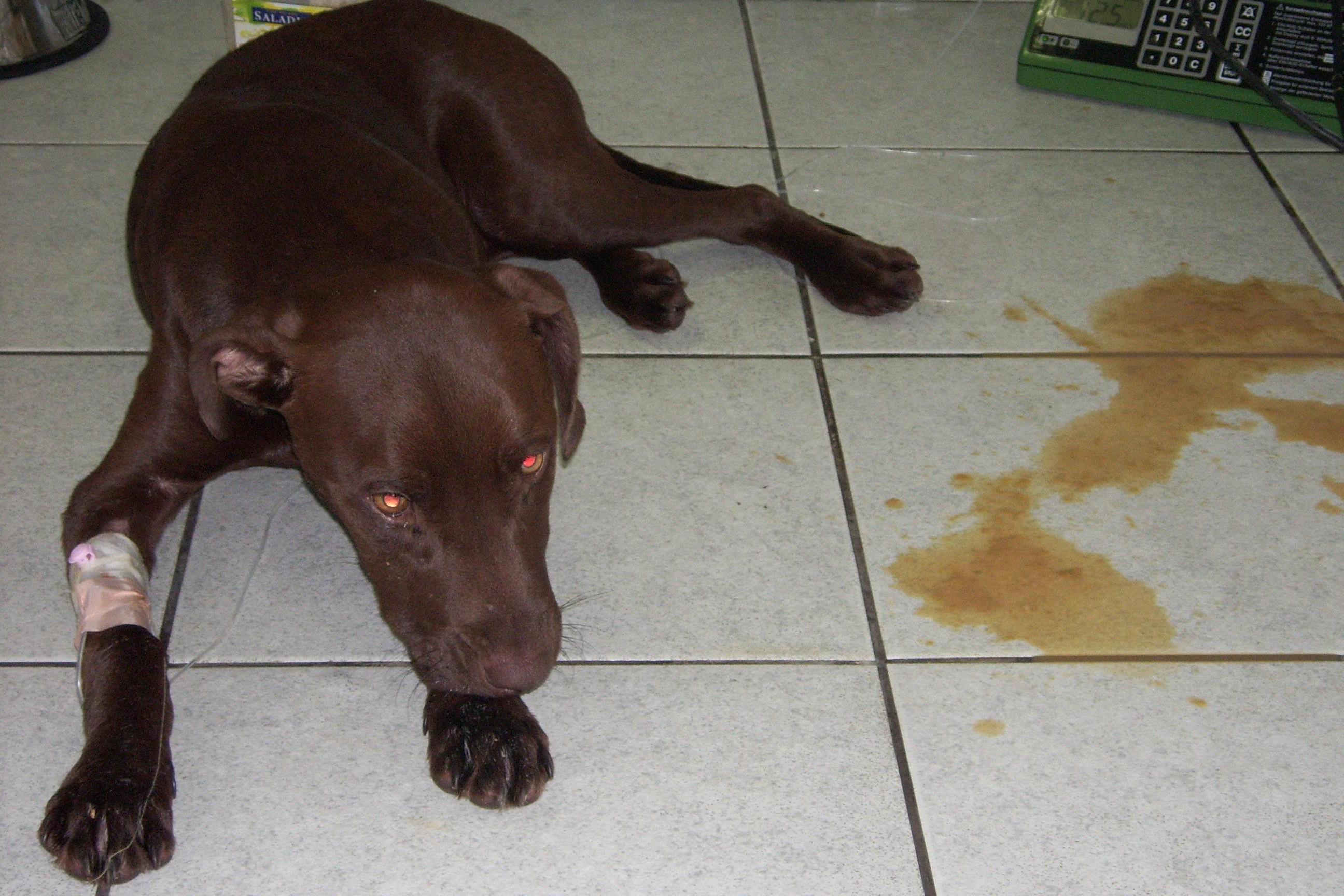 1 of 4
My Dog Has Vaginal Discharge
Back to top