Pyoderma in cats is an infectious skin disease caused by an increase in the multiplication of certain bacteria, especially Staphylococcus intermedius. This is a group of cocci found on the skin of our felines. This multiplication can be due to various causes and will result in lesions on the cat's skin such as erythematous papules, scabs, epidermal collarettes or hyperpigmented spots due to the inflammatory process. It will also be accompanied by other clinical signs.

The diagnosis is based on the isolation of the microorganism or on the study of biopsies. Treatment consists of antibiotic and antiseptic therapy, together with the treatment of the underlying cause. Keep reading this AnimalWised article to learn more about pyoderma in cats, specifically its causes, symptoms, and treatment.

You may also be interested in: Brucellosis in Cattle - Causes, Symptoms and Treatment
Contents

What is pyoderma in cats?

Pyoderma is most commonly an infection of bacterial origin that is located on the skin of our cats. It can occur at any age and is not predisposed by breed since it does not have a genetic origin. It can generally be described as a skin condition which results in the presence of pus. For this reason, it can also be caused by fungal yeast infections or other underlying causes which we relay below.

Purulent infections can occur anywhere on the cat's body, but appear most often in the face. In some circumstances, they cause inflammation or itching and, therefore, alter the natural defenses of the cat's skin.

Causes of pyoderma in cats

The bacterium that causes pyoderma in cats is mostly a coccus called Staphylococcus intermedius, although it can also be caused by other bacteria, such as the bacilli E.coli, Pseudomonas or proteus spp.

Staphylococcus is a bacterium that is normally found on the skin of cats, so pyoderma only occurs when this bacterium proliferates beyond normal due to changes in the skin such as the following:

Pyoderma is only one of the skin conditions which can be caused by various diseases. Take a look at our article on why your cat has scabs to learn more.

Symptoms of Pyoderma in Cats

Pyoderma can produce a variety of symptoms, presenting as papulopustules and erythematous dermatitis. The clinical signs of pyoderma in cats are as follows:

Wounds on a cat's skin can be from various causes. Our article on the causes of cat wounds, we go into some more general detail.

Diagnosis of pyoderma in cats

The presence of secondary lesions, such as epidermal collarettes (circular lesions with peeling skin), hyperpigmentation due to inflammation, and scales, strongly lean the diagnosis towards pyoderma. It must always be verified with skin samples.

To create a sample, the simplest method is to aspirate the content with a needle and perform a cytology. This way degenerated and non-degenerated neutrophils can be identified, as well as coccus-type bacteria (e.g. Staphyloccocus). This will make the diagnosis of pyoderma even more reliable. However, bacilli can also be seen, indicative of a pyoderma caused by E.coli, Pseudomonas or proteus spp.

The definitive diagnosis can be provided by a biopsy, after obtaining a sample of the lesions and sending it to the laboratory. There, a histopathology will reveal that it is feline pyoderma.

When the pyoderma is caused by bacterial proliferation, antibiotics will be required for treatment. However, this will be in addition to treatment of the underlying cause, whether it is due to allergies, endocrine diseases, parasites or others.

The type of antibiotic treatment will vary depending on the bacteria that has been isolated. To do this, after the culture has been made, an antibiogram should be performed to know which correlating antibiotic is required. Adding topical antiseptic therapy, such as chlorhexidine or benzoyl peroxide, to systemic antibiotic treatment may also help.

Antibiotics for pyoderma in cats

In general, cocci like Staphylococcus intermedius are sensitive to antibiotics such as:

These antibiotics should be used for at least 3 weeks, with treatment lasting up to 7 days after the skin lesions resolve.

Bacilli such as E.coli, Pseudomonas or proteus spp. are gram-negative bacteria and sensitive antibiotics should be used according to the antibiogram. An example that can be effective is enrofloxacin due to its activity against gram-negatives. In this case, it will also be used for 3 weeks and it will be necessary to wait 7 days after the disappearance of the clinical signs to stop the antibiotic treatment.

Pyoderma in cats usually has a good prognosis if treatment is followed carefully and as long as the original cause is treated and controlled. If this cause is not controlled, the pyoderma will reappear, becoming increasingly complicated if the imbalances continue in our cat.

If you want to read similar articles to Pyoderma in Cats - Causes, Symptoms And Treatment, we recommend you visit our Bacterial diseases category. 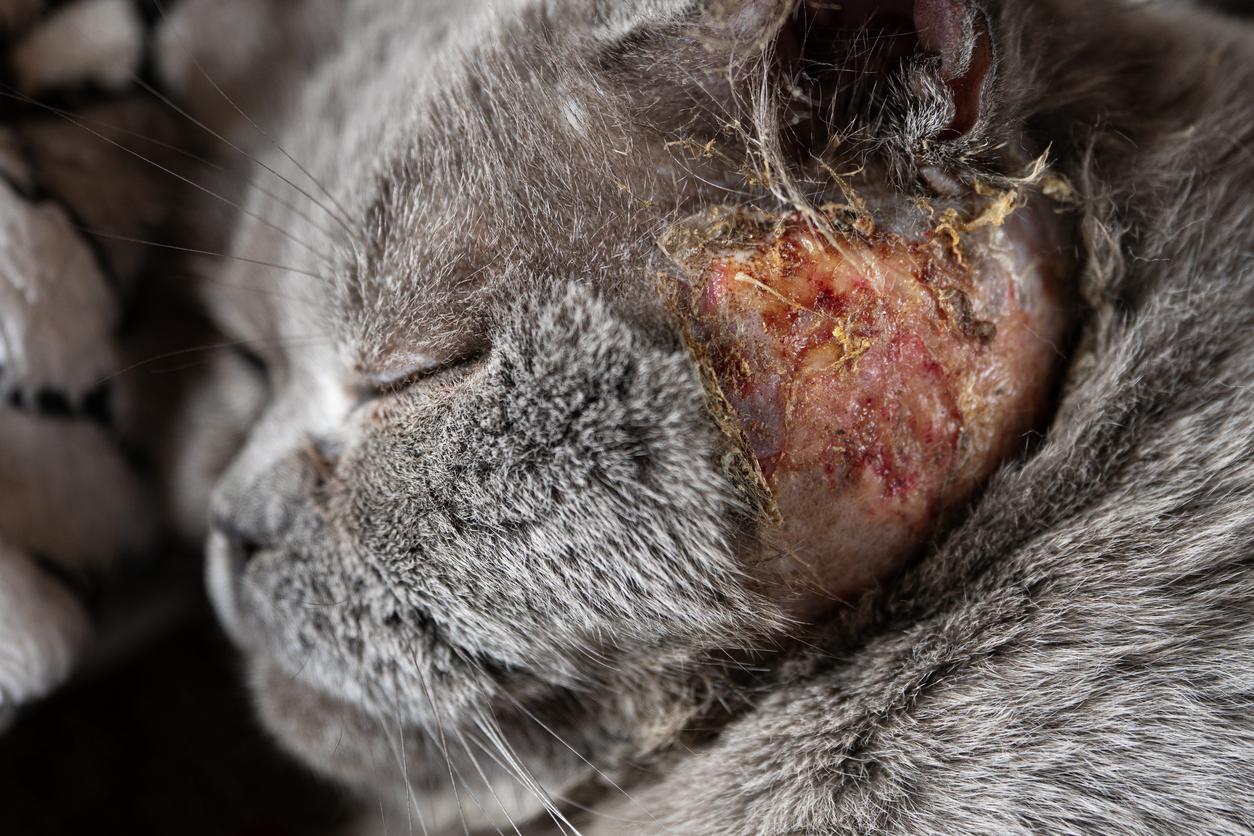 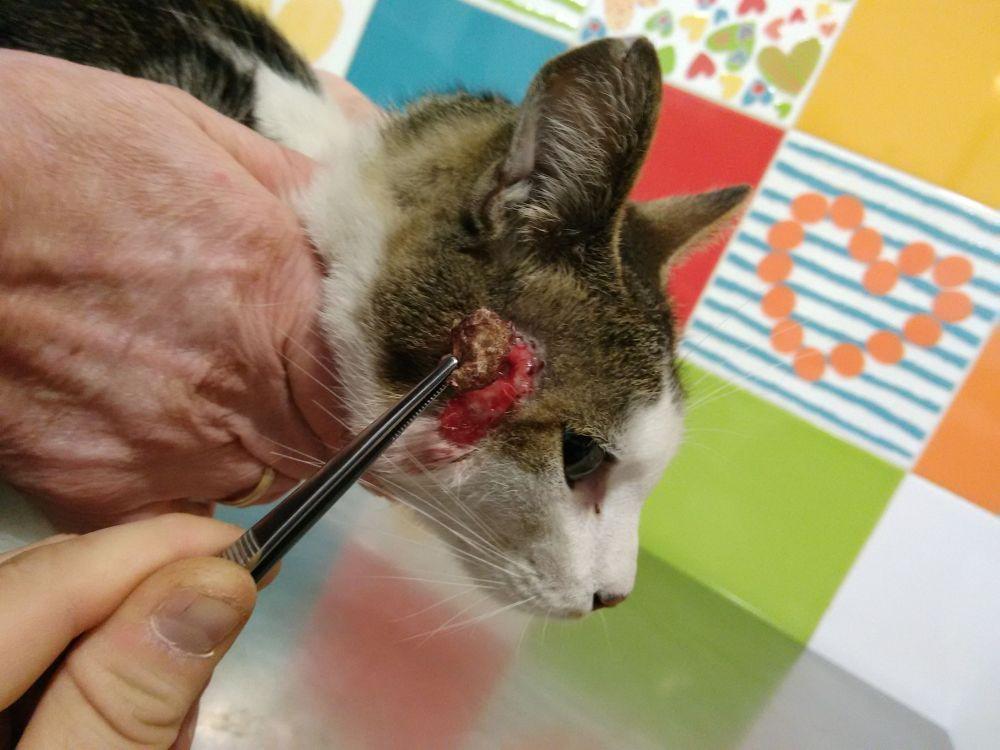 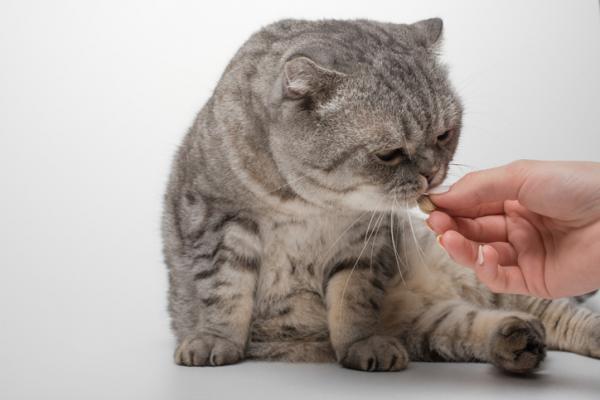 1 of 4
Pyoderma in Cats - Causes, Symptoms And Treatment
Back to top