Stertor in Dogs - Causes and Treatment

Normal respiration in certain dogs can sound noisy. This is the case with certain brachycephalic dog breeds such as the Pug. Even in other breeds, breathing issues can be relatively common. We can hear dogs sneezing or making strange sounds without requiring any specific medical treatment. Despite this relative frequency, it is important we always monitor for changes in our dog's breathing. The reason is that major respiratory problems in dogs can begin with only mild symptoms.

At AnimalWised, we look at stertor in dogs. We understand the causes and treatment of noisy breathing in canines to better understand what to expect if they present with these pathologies or conditions.

You may also be interested in: Tracheitis in Dogs - Symptoms, Causes and Treatment
Contents

What is stertor in dogs?

Our dogs make various sounds with different meanings. They are a form of communication, whether directly or indirectly. When we hear sounds which imply difficulty breathing in dogs, they are communicating they may need help. By observing the different types of sound a dog makes, it can give us a better idea of what pathology or problem to look for. A good example is the difference between a wet cough and a dry cough.

One such sound is known as stertor in dogs. This is a low-pitched sound which resembles snoring. It is caused by a partial blockage or narrowing of the upper respiratory tract. Specifically, these occur around the pharynx and nasopharynx. The blockage can be from inflamed tissues, secretions or other reasons, but the underlying causes are varied. It is these blockages which change the sound of the dog's breathing.

We can contrast stertor with a related noise called stridor in in dogs. Stridor is a wheezing sound which is distinguished by its higher pitch. Both can occur due to the same problem, but not always. Now we know what is stertor in dogs, we can look at its causes and treatment in the following sections.

Rhinitis is an inflammatory process that affects the nasal mucosa. When said mucosa is inflamed, it can lead to a secretion of mucus in the nasal passages. This causes stertor in dogs for the following reasons:

The underlying causes of the dog's stertor due to rhinitis include:

Depending on the cause, nasal discharge may vary in color and density. For example, it can be serous, muculent, purulent or bloody. The degree of airway obstruction will vary according to consistency. In turn, the breathing can be stertorous, stridulous or be altered in other ways.

Treatment of rhinitis in dogs should be established based on the underlying cause that triggered the inflammation. For example, antibiotic treatment will be prescribed for bacterial infections and surgery may be necessary to remove a tumor from the airways. If the tumor is malignant, it may require additional radiotherapy or chemotherapy for dogs.

In addition to the specific treatment, a supportive treatment may be established to facilitate the healing of the animal. This can include the use of medications such as mucolytics or expectorants, as well as hydration techniques to help move the nasal secretion.

Brachycephalic dog breeds are those born with a genetic predisposition to brachycephaly. It is a common reason why certain breeds have stertorous breathing. Due to the morphology of the dog, their airways have not developed as well as other breeds. In particular, this affects the upper respiratory tract. We share the identifiers which typify brachycephalic syndrome in dogs:

These anomalies cause increased resistance to the passage of air, resulting in noisy breathing. This is particularly evident when the dog is sleeping (manifesting in the dog snoring) and exercising. Brachycephaly can also result in the dog displaying syncope (fainting) as they cannot get the amount of oxygen they need when they are excited. Digestive problems can also manifest.

In many cases, treatment is not necessary. We can use symptom management to provide an adequate quality of life to ensure the dog's wellbeing. Some dogs may have stertorous breathing which threatens their wellbeing. In these cases, they may require surgery to open up their airways. This will allow them to breathe more freely and can improve their ability to exercise. The latter is important in avoiding issues such as obesity in dogs.

Brachycephalic dog breeds include some of the most beloved dogs known to guardians. Unfortunately, their breeding often leads to a limited gene pool and the proliferation of various health problems. Responsible breeding tries to limit these problems.

Reverse sneezing is a problem which can cause some worry in many dog guardians. They may feel the dog is in great danger and take them to an emergency veterinary clinic. While it can provide temporary stertor in dogs, it is important to note that reverse sneezing is not a cause for concern when it occurs in small bursts.

Dogs characteristically stay still with their mouths closed and their necks stretched out. It is important to clarify dogs are not asphyxiating when they reverse sneeze since their airways remain open. The noise that is produced is simply due to the rapid and energetic inhalation of air and does not cause any harm to the animal.

These episodes usually last between 30 seconds and a couple of minutes. Once the animal swallows, their breathing returns to normal. As a general rule, it is not necessary to establish any treatment. We can help the episode last as short a time as possible, performing some maneuvers that cause the animal to swallow saliva to breathe normally again. This is done with the following method:

If you notice that your dog is becoming stressed by performing these maneuvers, it is best to stop doing them. Instead, simply wait for the sneezing episode to end spontaneously.

The trachea is a flexible tube made up of cartilaginous rings. These rings are not in the shape of a full circumference, but rather a ‘C’ shape. The open part of the ‘C’ is held together by a membrane known as the dorsal membrane.

In dogs suffering from tracheal collapse, there is a progressive and irreversible degeneration of the trachea. It begins with the dorsal membrane and later affects the tracheal rings. When this happens, the rings become progressively flatter, until the tracheal lumen completely collapses.

The most affected dogs are usually small breed, middle-advanced aged and overweight. These dogs present a dry, harsh cough that sounds like a goose quacking. These dogs also often present with a whistling noise when breathing and other signs such as exercise intolerance. As stated above, it is a common cause of respiratory problems in brachycephalic dogs.

Treatment can be approached from a pharmacological route with anti-inflammatories, bronchodilators, cough suppressants, corticosteroids and better dietary management to promote weight loss. Surgical intervention may be required in some cases of tracheal collapse. This may include the placement of prostheses inside or outside the lumen of the trachea, as well as other surgical techniques.

Another pathology that can cause abnormal breath sounds in dogs is bronchopneumonia (bronchial pneumonia). It is an inflammatory process that affects the lower respiratory tract and can be caused by a multitude of infectious agents:

The clinical picture of animals with bronchopneumonia usually begins with non-specific signs such as lethargy, loss of appetite, fever and fatigue. It will later develop into serious respiratory symptoms appear such as coughing, abnormal breathing sounds (during inspiration and/or expiration), increased respiratory rate , respiratory distress, runny nose, etc.

The treatment of bronchopneumonia is based on the establishment of a specific antimicrobial therapy against the agent that has caused the infection. For this, it is necessary to obtain a sample by tracheal lavage and perform a culture and an antibiogram. This will help to to establish the most effective antibiotic therapy for dogs against the causative agent in question.

Learn more about related medical issues with our guide to respiratory infections in dogs.

Pulmonary edema consists of the abnormal accumulation of fluid in the interstitium and alveoli of the dog's lungs. This fluid buildup prevents adequate gas exchange in the lungs, i.e. oxygen uptake and carbon dioxide removal.

The origin of pulmonary edema can be cardiogenic, i.e. due to cardiac pathology. Non-cardiogenic causes occur due to vasculitis, electrocution, liver disease, trauma, seizures and many others. Dogs with pulmonary edema present a picture of respiratory distress (dyspnea) with increased respiratory rate (tachypnea). In advanced cases, asphyxia, agitation and nervousness can occur.

Pulmonary edema is a very serious process that can lead to the death of the animal. Before the symptoms progress, it is essential to establish an emergency treatment that stabilizes the patient with oxygen therapy, diuretics and tranquilizers. At the same time, treatment of the primary cause,¡ is required. For cardiogenic edema, positive inotropes, vasodilators, antiarrhythmics and other treatments may be administered. Non-cardiogenic edema treatments include antibiotics, anti-inflammatories and others.

Learn more with our article on pulmonary edema in dogs.

If you want to read similar articles to Stertor in Dogs - Causes and Treatment, we recommend you visit our Breathing diseases category.

Stertor in Dogs - Causes and Treatment 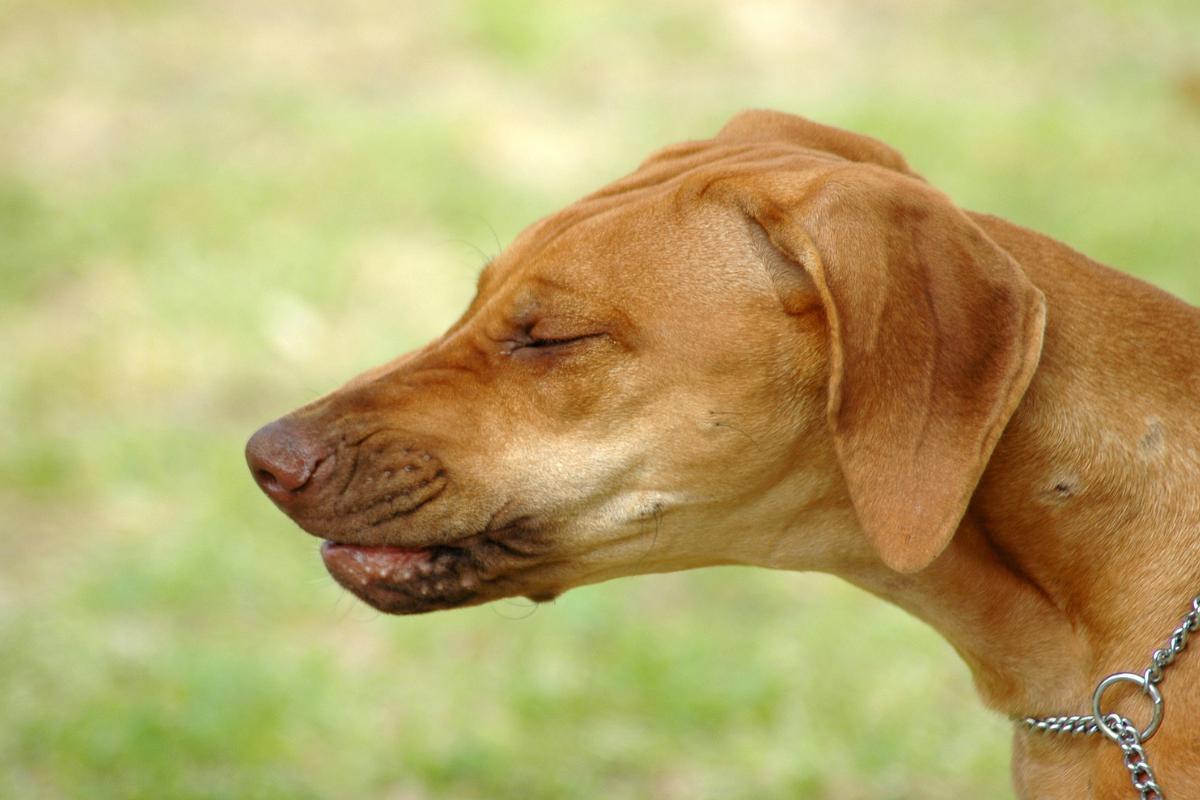 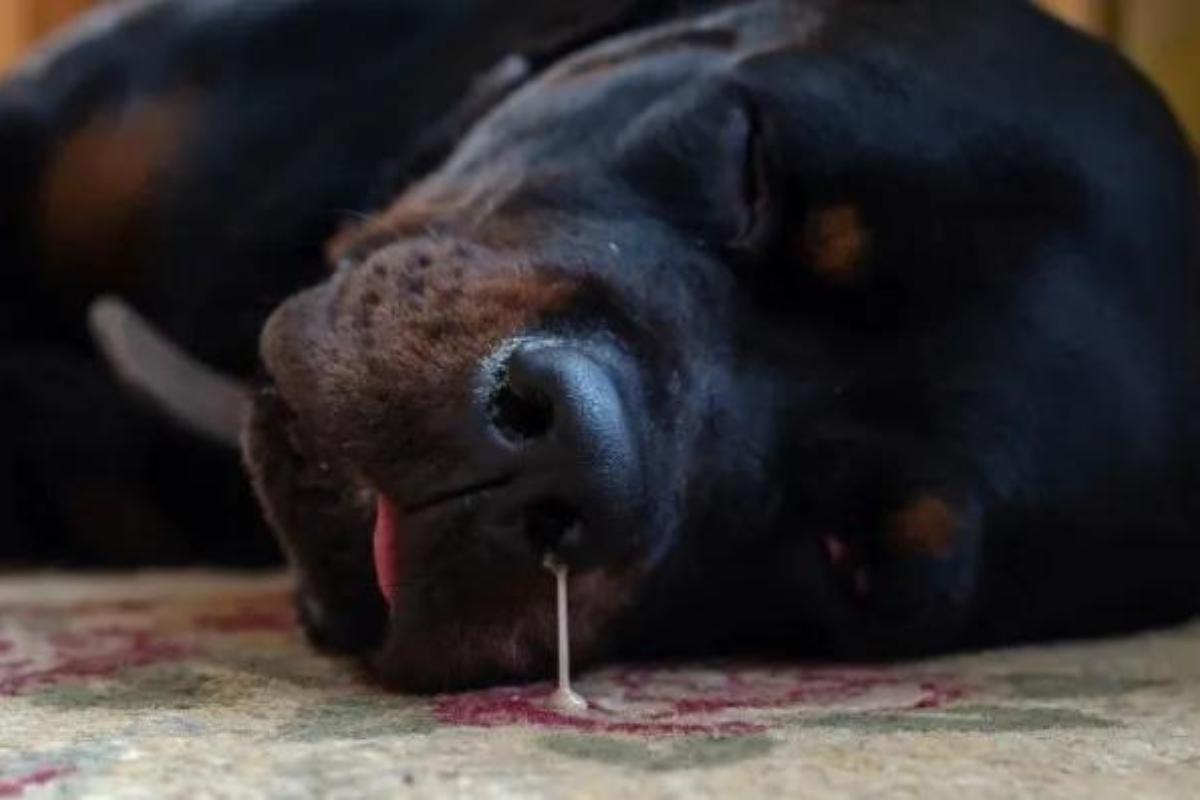 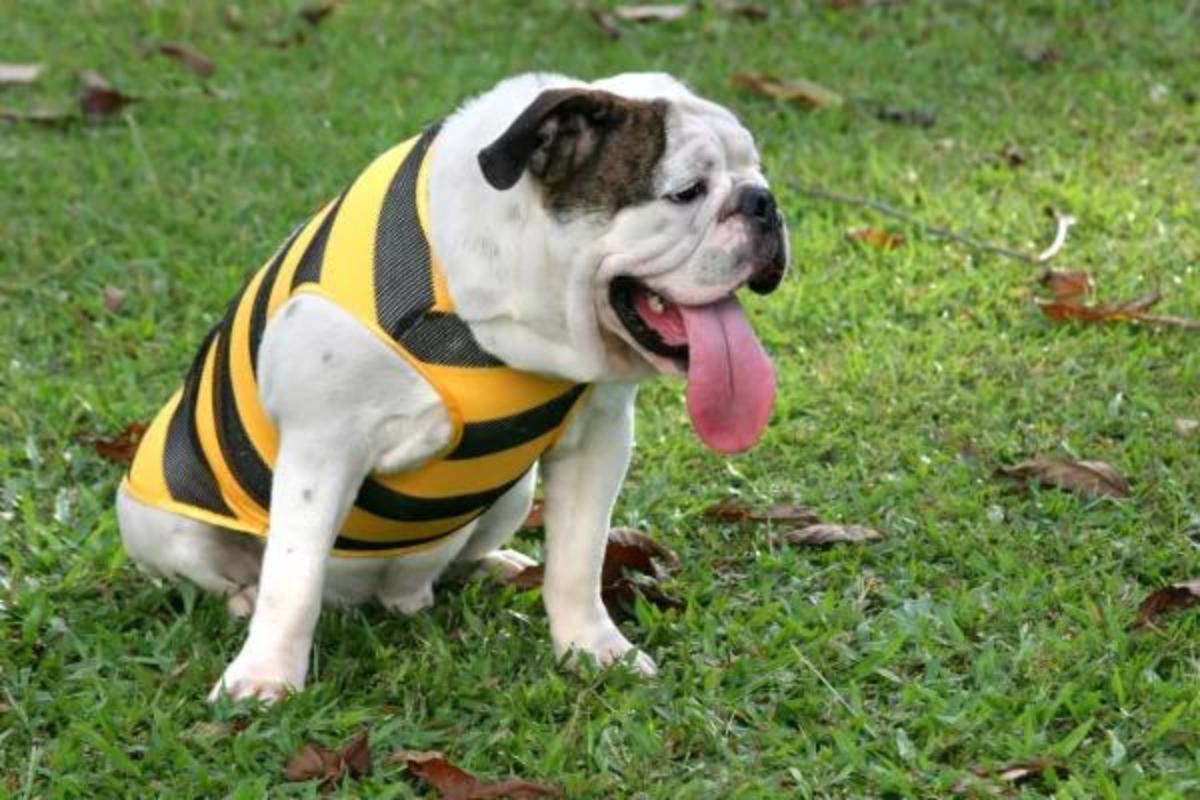 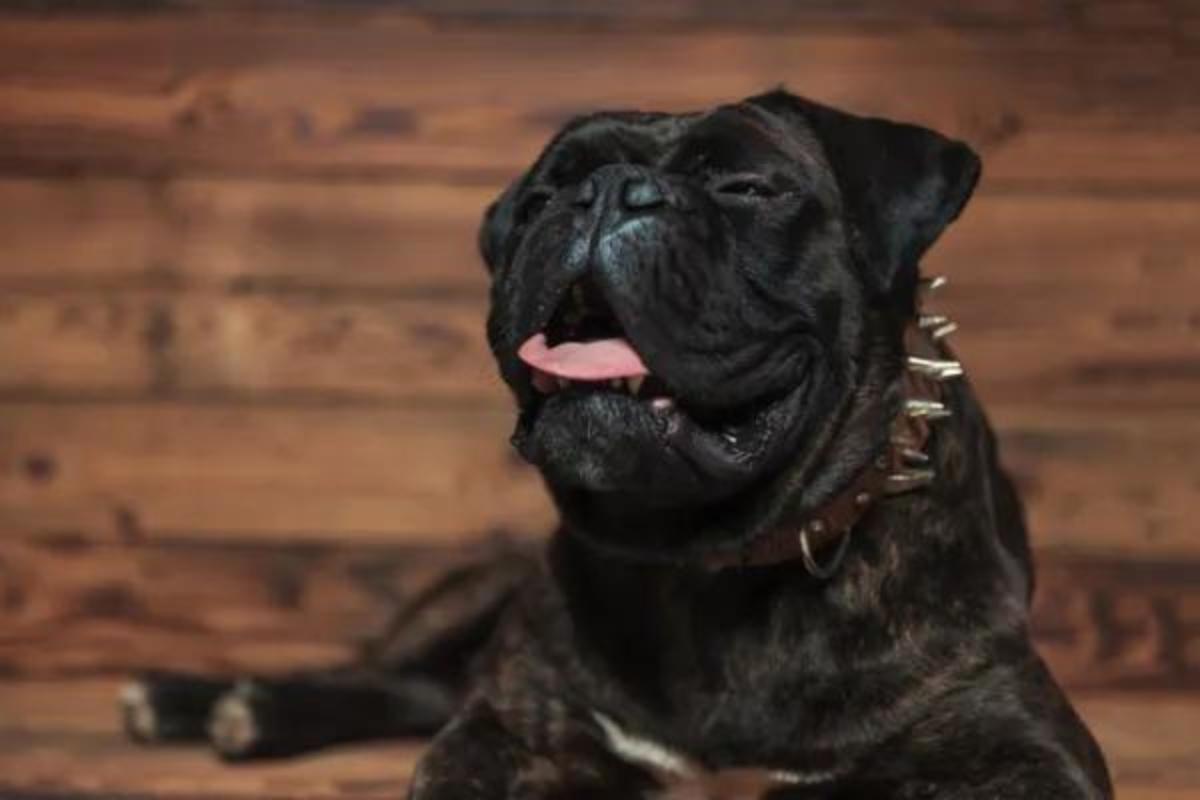 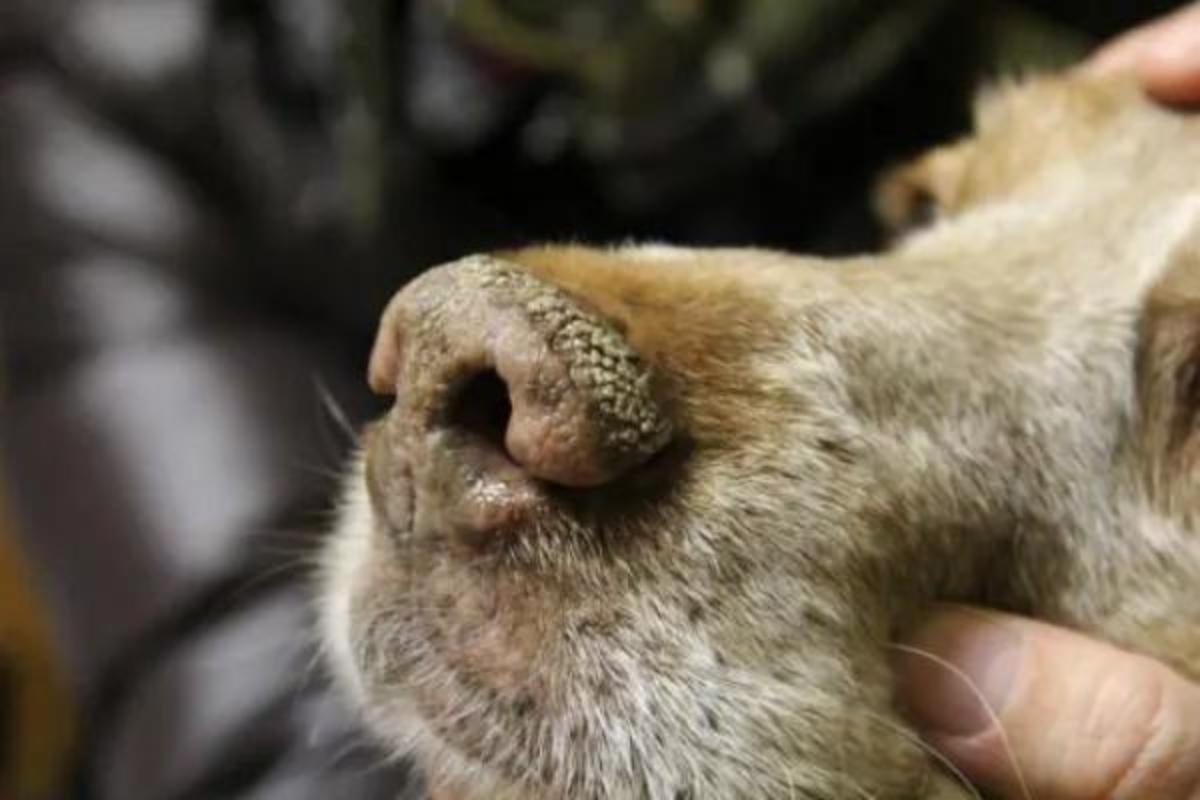