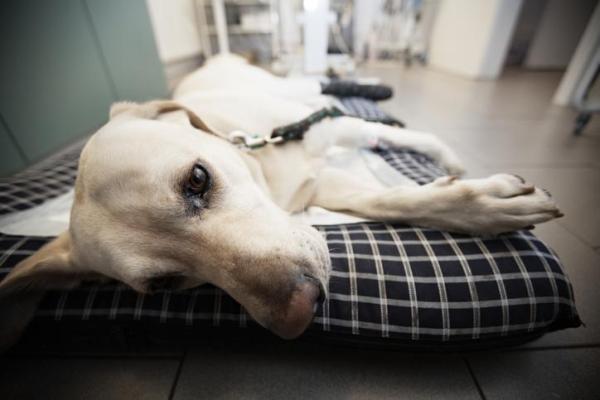 Bacteria are single-celled microscopic organisms that live in the environment, on the skin, in a respiratory tract and/or digestive and urinary tract of animals and people. Some bacteria are capable of causing diseases and reaching the blood, but this is normally done so in a small number and can be killed off by the immune system. However, if its spread cannot be controlled, it can result in the appearance of septicemia and bacteremia.

For more about sepsis in dogs, its symptoms and its most effective treatment, keep reading here at AnimalWised. Most importantly, if you suspect that your dog is suffering from septicemia, make sure to consult your veterinarian as soon as possible.

You may also be interested in: Fever in Dogs - Symptoms and Treatment
Contents

Sepsis in dogs is a very serious pathology and can cause septic shock in the affected animal. If not treated in time, septicemia and bacteremia in dogs can be fatal.

One of the most common causes of septicemia in dogs are dental problems. Through teeth manipulation, the bacteria that live in or around the gums can reach the blood. For example, the bacterium Capnocytophaga canimorsus, which is part of natural gum flora, can even be transmitted to humans.

It is also relatively easy for intestinal bacteria to accidentally reach the blood. But in these cases, bacteremia, that is, the presence of bacteria in the bloodstream, is usually temporary as the body is able to control and eliminate it quickly.

In a smaller number of cases, sepsis in dogs can occur because bacteria are not eliminated from the body correctly. In these such cases, septicemia is more likely to originate from another infection in another part of the body, such as the urinary system. This is generally referred to as urinary sepsis.

Another common cause of septicemia in dogs is surgery of an infection point. An intravenous line or a drainage tube is also a factor that can increases the risk of sepsis in dogs. The sepsis will generally increase in danger the longer the object remains in the body. Septicemia is more common in animals with weak immune systems, or in those that suffer from an immune system condition.

For more, read about our tips to strengthen a dog’s immune system.

Temporary bacteremia is usually well controlled by the body, and symptoms should not appear. However, in the case of dog septicemia, symptoms include:

Additionally, dogs suffering from septicemia can develop septic shock. Septic shock is characterized by a severe decrease in blood pressure and an increase in heart rate and organ failure, specifically in the kidneys and brain. This failure is generally caused by an incorrect distribution of blood to these organs; the kidneys stop producing urine, the lungs don't get enough oxygen and edemas and blood clots occur.

Dogs already suffering from chronic diseases or a weakened immune system are at greater risk of infection. Septic shock in dogs is caused by substances generated by the body to fight infection and bacteria toxins. Its initial symptoms may include:

Given the possibility of bacteria reaching parts of a dog’s body through the blood, it is very important to start treatment as soon as possible. Sepsis in dogs diagnosis can be established by sending blood samples to the laboratory for a culture. This data allows for a reproduction of the bacteria present in the animal, so that it can be identified and the correct antibiotic can be prescribed.

Due to the high risk of fatality, antibiotic treatment must begin immediately, even before receiving results. A veterinarian will prescribe an antibiotic according to the individual case, and once the results have returned, treatment may be altered. Septicemia in dogs treatment length will depend on the severity of the case and its cause.

Septic shock in dogs treatment requires the administration of intravenous fluids, oxygen and medication to restore the body's balance (in addition to antibiotics). Unfortunately, septic shock is extremely severe and carries a higher risk of fatality.

Remember that all of the medication above must be prescribed by a veterinarian. Offering a dog suffering from septicemia the wrong medication could only complicate the picture.

Is septicemia and bacteremia in dogs contagious? A dog cannot spread septicemia to humans or other animals. What can, however, be contagious, is the cause that has initiated the sepsis. For example, a dog with septicemia triggered by the canine parvovirosis can transmit this viral disease to other congeners. If the congener contracts parvovirus, depending on the response of each individual, they also risk developing septicemia. Additionally, there are certain bacteria in dogs that can also be transmitted to other animals and humans which can cause an infection that, even though rare, can result in septicemia.

For more about bacteria in dogs and humans, we recommend reading the following:

If you want to read similar articles to Sepsis in Dogs - Symptoms, Treatment And Contagion, we recommend you visit our Infectious diseases category.

Ringworm in Hamsters - Symptoms, Causes and Treatment
Urinary Tract Infections in Dogs - Types, Signs & Treatment
Perianal Fistula in Cats - Treatment and Care
Signs of Rabies in Cats Eyes - Symptoms, Diagnosis, Prevention
Related categories
Mental problemsPregnancy problemsIntestinal problemsHereditary diseasesBacterial diseasesBreathing diseases
Most read
1.
Can I Bathe My Dog After Vaccination?
2.
My Dog Is Bleeding from His Penis
3.
My Dog's Poop Starts Solid Then Goes Soft
4.
What to Do if My Dog has Something Stuck in his Throat?
5.
My Cat Has Liquid Coming From Their Anus
6.
Myiasis In Dogs - Symptoms, Removal And Treatment
7.
My Dog Has Pus Coming From His Penis
8.
Why Does my Dog Have Swollen Breasts?
Metritis in Dogs - Uterine Infection Causes & Treatment
Can Dogs Get Rotavirus?
Hemolytic Anemia In Dogs
Perforated Eardrum in Dogs
Mastitis in Dogs
Feline AIDS
What Is Osteomyelitis (Bone Infection) in Dogs?
Fever in Cats 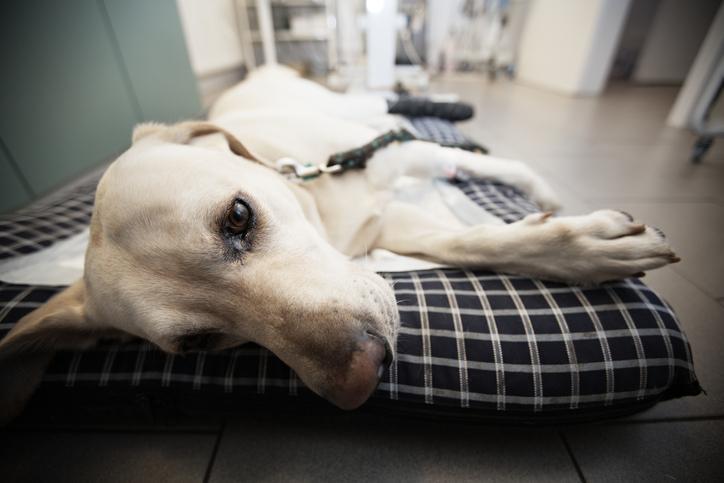 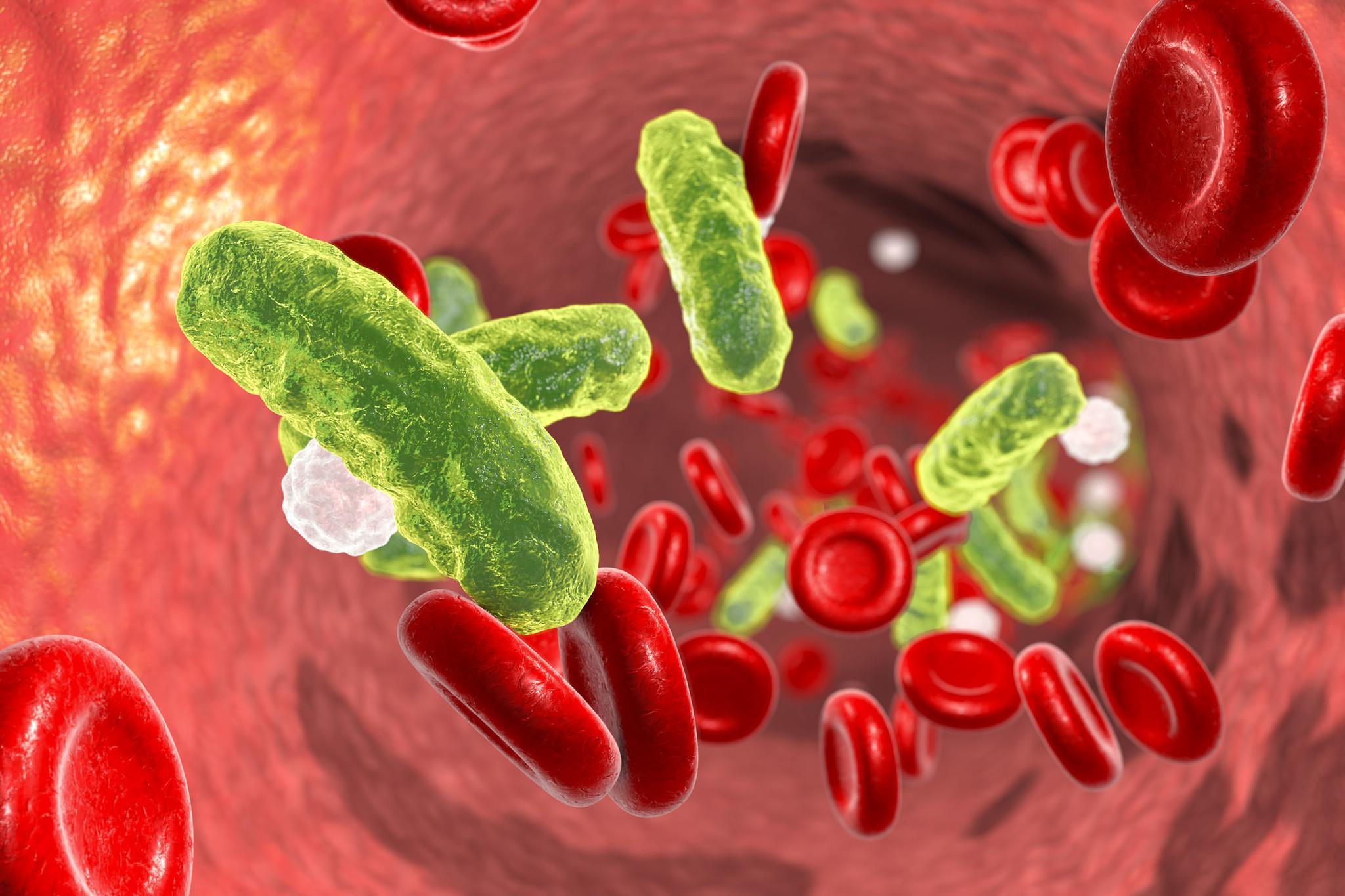 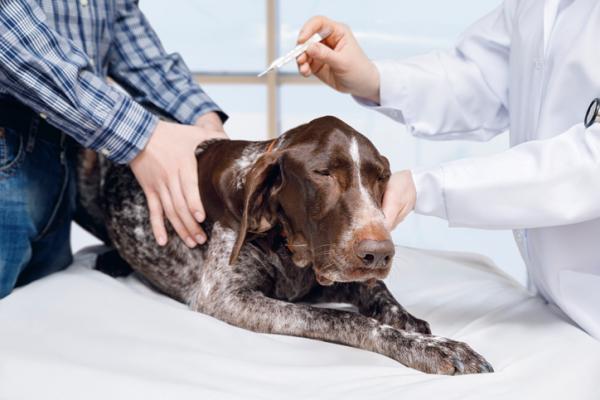 1 of 3
Sepsis in Dogs - Symptoms, Treatment And Contagion
Back to top