Although a cat's claws can do severe damage to their prey, they can be a sensitive part of their anatomy. Strong nails imply the cat is in good health and signs of damage to them imply the opposite. Nails are used to defend themselves against threats, climb, manipulate their environment and even mark their territory. Ensuring they are healthy will help ensure a cat will be able to carry out their innate feline behavior.

When we see unhealthy cat claws, we need to know why this has happened. There are many possible cause of cat nail problems, so AnimalWised helps to distinguish the possible reason why your cat's claws are unhealthy.

You may also be interested in: My Dog Has a Nail Infection - Causes and Treatment
Contents

The importance of cat nails

Nails are solid structures made up of multiple layers of hardened dead epithelial cells that contain keratin. Keratin is the main component of nails and hair in cats, as it is in humans. The part known as the nail bed is the connective tissue that lies under the main body of the nail and connects to the toe (or digit). Among the main reasons cats use their nails are:

Marking territory occurs because the cat has glands in their paw pads which secrete pheromones. These are unique to the individual cat and warn others not to enter. Claws can also help cats to manipulate their environment, proving them to be very dextrous animals. The amount of force used is up to the cat and they can use them to scratch and groom themselves or each other without causing harm.

A cat's claws can be affected by various disorders. In fact, it is thought that around 2% of all domestic cats suffer from some type of nail disorder. Nail disorders can present in infections, dystrophies or various other problems. The unhealthy cat claw could be a symptom of a systemic disease or there is a problem with the nail itself. Ingrown claws are possible where the nail grows into the paw pad, often due to injury.

We know a cat has unhealthy claws if they show some combination of the following symptoms:

Below we look at some of the reasons for unhealthy cat claws in more detail.

Chipped nails are a result of a painless break in the nail, the cracks of which can be parallel to the toes or peel off layers. Multiple cracks are usually seen on the tip, but they do not usually interfere with anything in the quality of life of the cat or their daily activities. However, this problem can be exacerbated by their normal feline behaviors such as climbing and scratching. The problem will be worse if more than one nail is affected.

In these cases, it is best to trim the affected claw or claws to prevent the injury from worsening. If we don't, the cat can experience acute discomfort. If you are unsure how to do this properly, take a look at our article on how to trim a cat's claws.

Cats can also suffer from onychocryptosis, which is commonly known as ingrown toenails. It occurs due to the growth of the nail into the skin of the paw digit. The main problem is development of wounds on the paw through which bacteria penetrate, resulting in infection.

Cats affected by ingrown toenails will display pain, swelling and redness. This causes lameness or lack of support in the affected limb. In addition, they will be more nervous and agitated. They won't sharpen his nails or climb as before if a nail on the forelimbs is ingrown. In this situation, you should go to the vet to trim or remove the problem nail.

We should note that the solution is never declawing (i.e. surgically removing all of the cat's claws). This is an act of cruelty which has no justification in feline guardianship. For more information on why this is the case, take a look at our article on the pros and cons of declawing cats.

Cats can also have brittle nails. These nails sometimes form longitudinal striae, the same as when a nail breaks from trauma or injury. There is a possibility that cats with brittle nails suffer from a digestive disorder that prevents proper absorption of nutrients. In these cats it has been observed that biotin treatment can help strengthen their claws. The cause of the problem must be treated with appropriate therapy. Generally, an affected cat has all or most of its nails brittle.

When talking about cat nail fungus, it refers to an infection that causes inflammation of the tissue around the claw. It is also called onychomycosis. The fungus responsible is often Trichophyton mentagrophytes.

Cats will display abnormally shaped, swollen and yellowish claws. You can think of it as equivalent to a fungal nail infection in humans. In addition, they tend to break easily. Usually no more than two nails are affected. We will see the cat licking their nails frequently, biting them and/or not support the affected paw. There may be scabs around the nail. The solution will be the use of antifungals to kill the fungus, as well keeping the paws clean.

Care must be taken when cutting the nails to avoid cutting the area where the capillaries can be seen, i.e. the quick. This is the red part which contains nerve endings. A cut will cause a lot of pain and can be a gateway to infections. Said infections are likely due to bacteria entering the wound. In these cases, antibiotics may be administered to kill the bacteria.

The areas between the cat's toes are known as the interdigital areas. Tumors and cysts can develop in these areas around the claws, something which can be difficult for us to see if they are hidden and behind fur. Types of tumors which can affect the paws include:

Signs associated with tumors are infections, erosions, redness, swelling and ulceration. The treatment will consist of extracting the affected tissue, always doing a chest X-ray before to see if the tumor has metastasized. It is also recommended to extract the prescapular lymph node and analyze the extracted tissue by means of a histopathological study.

The claws of our little felines can also be unhealthy if affected by immune-mediated or autoimmune diseases. These disorders include:

The treatment will be specific to the underlying immune disorder. In any case, drugs that suppress the immune system, such as corticosteroids, are widely used. In many cats, the disease cannot be treated. Instead symptom management is required to allow the cat a happy life. Observing any changes in their paws and claws is an essential part of this process. 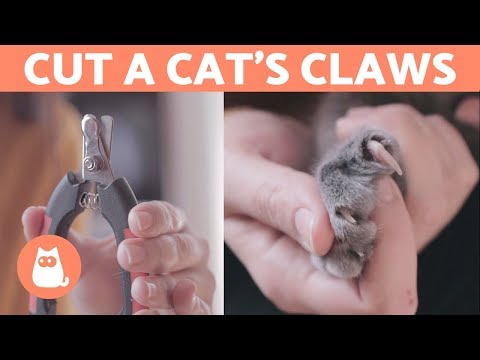 If you want to read similar articles to Unhealthy Cat Claws - Causes of Cat Nail Problems, we recommend you visit our Other health problems category.

Types of Cat Spine Problems
Mast Cell Tumor in Cats - Causes of Mastocytoma
Is it Good to Declaw Cats?
My Cat Can’t Walk - Causes And Solutions
Related categories
Intestinal problemsHereditary diseasesHome RemediesMedicineSkin problemsViral diseases
Most read
1.
My Dog Is Bleeding from His Penis
2.
What to Do if My Dog has Something Stuck in his Throat?
3.
My Dog Keeps Licking Her Private Area - All Possible Reasons
4.
My Dog Has Pus Coming From His Penis
5.
My Dog's Poop Starts Solid Then Goes Soft
6.
Why Does My Cat Push Out His Penis and Lick It?
7.
My Cat Has Liquid Coming From Their Anus
8.
Why Is My Cat Vomiting White Foam?
Symptoms of Hypothyroidism in Cats
Symptoms of Cataracts in Cats
Why is My Cat Acting So Weird?
Why is My Rabbit Losing Fur? - Causes and Solutions
Symptoms of Hyperthyroidism in Cats
Why is My Cat Limping All of a Sudden? - Causes and Treatment
Gastritis in Cats
Common Diseases of Rabbit Ears - Symptoms, Causes and Treatment 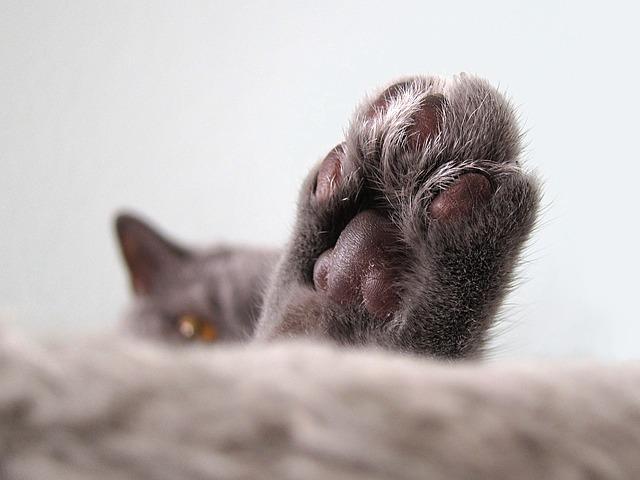 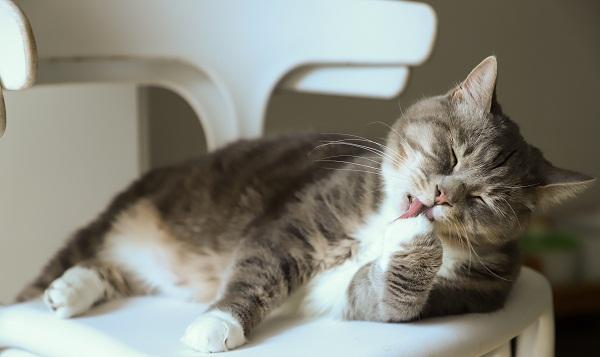 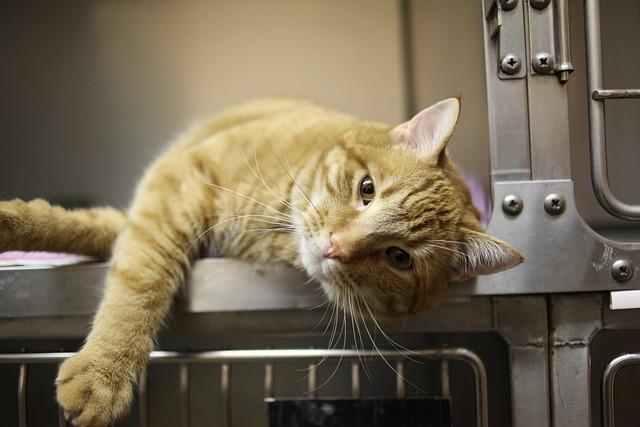