Why Do Dolphins Jump Out of the Water?

By Nick A. Romero, Biologist and environmental educator. September 14, 2021

If we were to ask you about jumping mammals, the first animals which come to mind may be kangaroos, gazelles or even rabbits. For this reason, it can be easy to forget that dolphins are mammals and that they are some of the best jumpers in the animal kingdom. The difference is that they are aquatic mammals, spending most of their time submerged in water. When we see photos of them or if we have seen them in the wild, we often see them at the surface of water. If we are lucky, we may even see them jumping out of the sea.

At AnimalWised, we ask why do dolphins jump out of the water? We take a look at the reasons for a dolphin's jumping behavior and understand why it is important to their well-being.

You may also be interested in: The 10 Highest-Jumping Animals in the World
Contents

Dolphins are cetaceans, an infraorder of animals which include the subfamilies Delphinidae, Platanistidae, Iniidae and Pontoporiidae. While we most associate dolphins with the ocean, there are freshwater dolphins and dolphins which live in brackish water. Although behaviors may vary according to species, they are all intelligent animals characterized by their socialness. They can even socialize positively with other animals and humans.

Strong bonds are developed in the dolphin community, with examples seen of dolphins swimming beside injured family members to help them. They have even been known to help stranded animals of other species. In some circumstances, they have been known to rescue humans.

Their fierce intelligence and apparent emotional maturity has seen other parallels to human behavior. When witnessed in the wild, one of the most joyous is their capacity for play behavior. Although it is important not to humanize them and to respect their animal boundaries, dolphins are known to extend this play behavior to humans.

When sightseeing groups take boats out to spot dolphins in the wild, we are most rewarded if we see them jumping out of the water. Often they may jump behind the boat or at its bow, following its progress. Why do dolphins jump out of the water in this way? What benefit does it provide or purpose it fulfill?

Since they live in groups, dolphins are known as gregarious animals. Being in a group provides many benefits, not least their ability to hunt for prey together. For most dolphin species, fish make up the majority of their diet. Dolphins catch fish in various ways. One of the most effective is for one of a group to find a school of fish and chase them into the area where other members of their pod are waiting.

Here is where dolphin jumping ability can help in the hunt. As members of the pod surrounding the school of fish, some may jump up into the air and allow their body to smack against the surface of the water. This causes the fish to become scared and group closer together, making it easier for other dolphins to catch. The dolphins will then switch roles so that those which have been jumping can now enjoy their dinner.

Another benefit of jumping during a hunt is to do the opposite. Since catching fish in a school can be tricky, jumping can disperse a school and make it easier for dolphins to catch individuals. The water can also stun some fish, allowing the dolphin to take advantage of their dazed state.

Unlike fish, dolphins are mammals with lungs. For this reason, they need to extract oxygen from the air directly to respire. They cannot breathe underwater, so they have to raise their blowhole out of the water to take in air. However, by swimming at speed and jumping out of the water, they can intake more air and then submerge again to continue swimming. This makes respiration more efficient and it means they can breathe without having to stop.

Jumping in communication and socialization

Dolphins have a complex communication system, which is particularly important for social animals. They use a variety of sounds as well as non-vocal communication.

Jumping is believed to be part of their communication because it makes them visible to other members of their group. Since they swim in pods, jumping up out of the water gives them greater visibility, especially if the water is cloudy. However, this doesn't necessarily mean one of the pod has become lost. It is also possible that the dolphins are playing. Chasing behavior is common, so jumping out of the water let's them catch each other and frolic playfully.

Dolphins tend to keep swimming constantly, even traveling long distances at high speeds. Although their body is hydrodynamic, contact with water always generates friction. When dolphins jump into the air, this friction is lost as it is less dense than water. In this way, although it seems that jumping involves an extra expenditure of energy, it really allows them to avoid the resistance generated by water when swimming.

Additionally, it has been documented[1] that remoras, fish equipped with suction cups and capable of adhering to large marine animals, also attach to dolphins. This generates greater resistance when they swim. Jumping out of the water is also believed to be a way to rid themselves of these parasitical fish.

Unfortunately, certain species of dolphins have been captured by humans and kept in captivity. They are often used in aquatic shows or water parks for entertainment purposes. Although many claim this is beneficial to the animals, they are often subdued and given rigorous training schedules in order to meet performance schedules. Although dolphins naturally jump out of water, they are often trained to perform acrobatics on command.

AnimalWised discourages these types of water parks for entertainment value. Even with good intentions, the results often needlessly tax dolphins and, in many cases, constitute serious abuse. Although marine rehabilitation is an important aspect of animal conservation, it is always better for an animal to live in the wild when possible.

For more information on dolphin conservation, take a look at our related article on why is the South Asian River dolphin endangered?

If you want to read similar articles to Why Do Dolphins Jump Out of the Water?, we recommend you visit our Facts about the animal kingdom category.

References
Bibliography
Do Fish Drink Water?
How Do Starfish Breathe? - Underwater and Out of Water!
Types of River Dolphins Around the World
Dolphin Characteristics
Related categories
Endangered animals
Most read
1.
What Animal am I According to my Zodiac Sign?
2.
10 Most Beautiful Animals in the World
3.
What Does It Mean When a Cat Shows Up at My Door
4.
The 10 Most Solitary Animals in the World
5.
Top 10 Smells Dogs Hate
6.
How Many Types of Lions Are There?
7.
Why do Dogs Get Stuck when Mating?
8.
My Female Dog In Heat Won’t Accept A Male - Causes
Animals That Walk on Water - How Do They Do It?
How Do Dolphins Breathe Underwater?
Why Do Cats Hate Water?
Dolphin Mating and Reproduction
Habitat of the Wild Water Buffalo
Fauna of the Peruvian Jungles
Different Species of Dolphins - 18 Types and Photos
Why Is My Rabbit Doing a Binky?

Why Do Dolphins Jump Out of the Water? 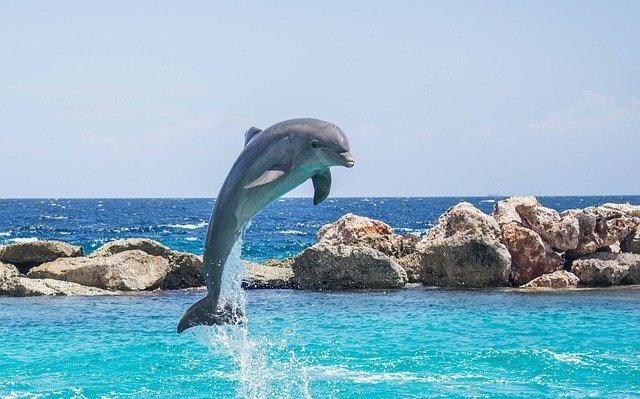 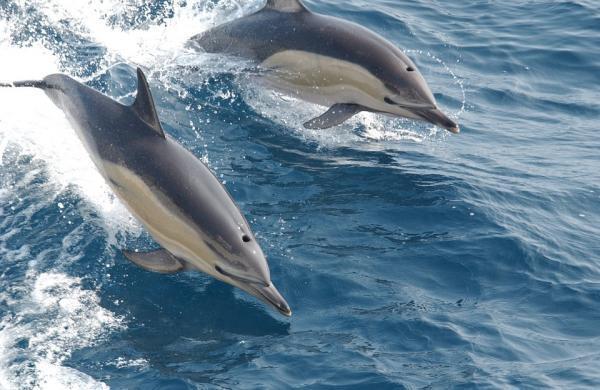 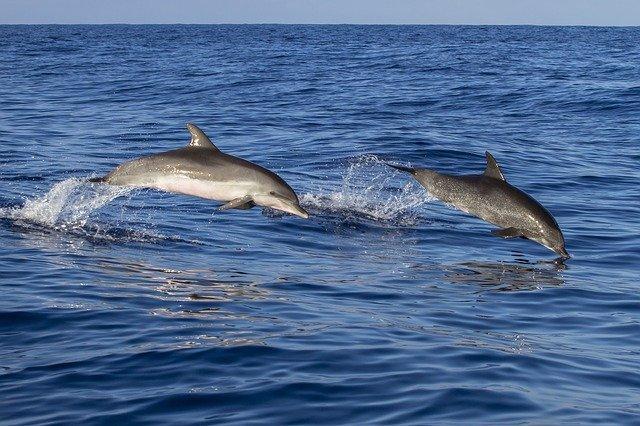 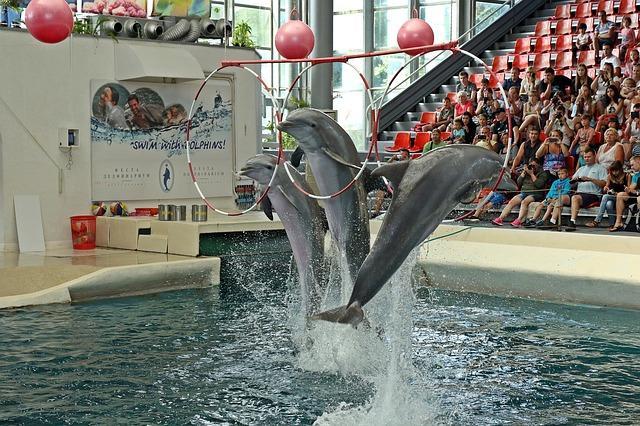 1 of 4
Why Do Dolphins Jump Out of the Water?
Back to top