Birds That Do Not Fly - Flightless Birds

In this AnimalWised article, we present a list of 10 flightless birds, but also explain their main characteristics and the reasons why they cannot fly.

You may also be interested in: Living and Extinct Prehistoric Birds - Evolution of Birds
Contents

Why some birds cannot fly?

It must be made clear that all species of non-flying birds that exist today are descended from ancient birds that had the ability to fly. This means that they lost their ability to fly because at some point they had to adapt to their environment in order to survive.

One of the reasons why some of these species lost their ability to fly had to do with the lack of predators in their environment. This explains why most of the species of flightless birds are native to islands distant from the mainland, like New Zealand, which have no predators. Flying became less frequent and unnecessary over time because it requires a lot of energy. In fact, flight is the most costly mode of locomotion that exists in nature.

Another reason has to do with the fact that some species that had previously been smaller in prehistory evolved to be larger in order to take advantage of new prey found in their habitat. However, as they got bigger, they became heavier, which made flying more difficult for them. The amount of energy required for flight increases in proportion to body size, which is why flightlessness often coincides with body mass. However, it is important to clarify that not all flightless birds are large, some are small, such as the kiwi.

When we talk about flightless birds, we must know that each species has its own characteristics and peculiarities. In fact, in most cases, flightless birds are very different from each other. However, there are some common features that all flightless birds have in common:

Now that you know some of the most important features that all flightless birds have in common, it is time to mention the most representative species.

Below, we will show you a list with the names of 10 popular birds that do not fly. We will also explain the main characteristics of each of these species and some interesting facts that you probably didn't know about them:

We begin our list of flightless birds with the popular ostrich (Struthio camelus), a ratite bird that lives in Africa. It is the largest and heaviest bird in the world. Ostriches can grow up to 9 feet (2.74 m) tall and weigh more than 300 pounds (ca. 136 kg).

Since it cannot fly, it has developed strong legs, and it can run up to 55 miles per hour (ca. 89 km/h). During its runs, the wings help the ostrich gain momentum, and they also serve to stun predators with strikes. Ostriches also use their powerful legs to kick other animals to defend themselves.

If you are considering getting an ostrich as a pet, you need to know about the animal's characteristics and habitat. To learn more, read our article on ostriches as pets: guidelines and general tips.

The Rhea (Rhea americana or Rhea pennata) is a flightless bird similar to the ostrich. It is native to South America and feeds on seeds, insects, and various reptiles, including snakes. Like the ostrich, the rhea is an excellent runner, capable of reaching speeds of up to 49 miles (ca. 79 km) per hour. The species has difficulty jumping, but they are great swimmers.

If you want to learn more about this wonderful and interesting giant bird, do not miss our article what is a Rhea bird?

Unlike its flightless conspecifics, such as the Rhea and the ostrich, the kiwi (genus Apteryx) is a small bird, about the size of a chicken. There are 5 species, all native to New Zealand. The kiwi has the peculiarity that its wings are so small that you can hardly see them, as they remain hidden under the feathers.

They are shy, nocturnal animals that feed omnivorously. Unlike other birds, kiwis have their nostrils at the tip of their beaks rather than at the base. Despite their small size, females lay eggs that can weigh up to one pound. This is the largest living egg in comparison to the size of the bird.

If you want to learn more about these birds and their habitat, do not miss our article on where do kiwis live?

The cassowary is a genus of flightless birds that includes three distinct species. They are common in Australia, New Zealand, and Indonesia, where they inhabit rainforests and mangroves. They are known for having a blue or red coloration on their neck that contrasts with the rest of their plumage, which is black or dark brown. But do not be fooled by their beautiful plumage because cassowaries are quite heavy, the only bird that is heavier is the ostrich. Cassowaries weigh about 77.1618 pounds (35 kg). They are also dangerous because they have a wicked dagger-like claw that can grow up to 10 inches (ca. 25 cm) long, on the middle toe of each foot. It has even been known to kill people.

Don't worry, they don't feed on humans. Instead, they feed on insects, small animals and fruits that they pick up from the ground, so they are omnivores.

If you want to know more about this type of diet, do not miss our article about omnivorous animals.

Penguins belong to the order Sphenisciforme, which includes 18 species distributed in the Southern Hemisphere and Galápagos Islands. All 18 species of penguins cannot fly. Although they do not use their wings for flight, but they are excellent swimmers and have a technique for gathering air around their wing feathers to propel themselves out of the water when they urgently need to reach dry land. Their short legs and stocky build give them a distinctive way of walking.

Penguins are also very romantic, and they seek the same mates season after season among the hundreds or even thousands of birds that live in the colony.

If you want to know more about these wonderful birds, then keep reading our articles on:

Continuing with examples of birds that do not fly, we must mention the emu (Dromaius novaehollandiae), the second-largest bird in the world, after the ostrich. It is native to Australia and can weigh up to 110.231 pounds (50 kg). The emu is stocky and long-legged, like its relative, the cassowary. Both sexes are brownish and have a dark gray head and neck. The emu is an excellent runner, because its legs have only three fingers, which are suitable for this activity. Emus can chase away at speeds of nearly 30 miles (ca. 48 km) per hour; when cornered, they kick with their large three-toed feet. Like penguins, emus mate for life.

If you want to learn more about bird feet and their different functions, read our article about types of bird feet.

Although most duck species fly, and are in fact great flyers, the Steamer Duck (Tachyeres pteneres) is a flightless bird common in South America, especially in Argentina. This species is an excellent swimmer and spends most of its life in the water, where it feeds on fish and shellfish.

They owe their name to the fact that they run across the water, flapping their wings like the wheels of a steamboat. Steamboat ducks are notoriously aggressive and have been known to participate in bloody battles over territorial claims.

If you want to know more about waterfowl like the steamboat duck, do not miss our article about types of water birds, a group of birds that make up one of the most charismatic fauna inhabiting wetlands.

The Campbell teal (Anas nesiotis) is a bird endemic to the Campbell Islands, an area south of New Zealand, about which very little is known. In the wild, they are apparently territorial and probably feed on psyllids and insects. It is threatened with extinction due to natural phenomena affecting the island and the introduction of other species into its natural habitat, of which there are estimated to be between 100 and 200 individuals left in the wild. The IUCN classifies them as endangered.

The Titicaca grebe (Rollandia microptera), also known as the Titicaca grebe or short-winged grebe, is a grebe found in the altiplano of Peru and Bolivia. The species has small wings that do not allow it to fly, but the grebe is a good swimmer and even flaps its wings when it runs. This bird reaches a speed on the water of 3.5 km/h (2 knots). Eggs may be collected by locals on a small scale, and this is likely to be sustainable. Adult birds are not usually hunted because, like all grebes, they taste for rancid fish.

We end our list of flightless birds with the flightless cormorant, also known as the Galápagos cormorant (Phalacrocorax harrisi), is a cormorant endemic to the Galápagos Islands, and an example of the highly unusual fauna there. These cormorants evolved on an island that was free of predators. Having no enemies, taking its food mainly by diving along the food-rich shorelines, and not having to travel to breeding grounds, the bird eventually became flightless.

The mating system is polyandrous, meaning that a single female can reproduce with several males. It is about 39.3701 inches (ca. 1 m) long and weighs between 5.5 pounds (2.49 kg) and 5 kg 11 pounds (ca. 5 kg). They are black and brown animals with an elongated beak and small wings. As with other cormorants, this bird's feathers are not waterproof, and it spends time drying its small wings in the sunlight after each dive.

If you want to read similar articles to Birds That Do Not Fly - Flightless Birds, we recommend you visit our Facts about the animal kingdom category.

Do Featherless Birds Exist?
Carnivorous Birds List - Examples of Birds of Prey
Why Can’t Hens Fly?
Can Chickens Fly?
Related categories
Endangered animals
Most read
1.
What Animal am I According to my Zodiac Sign?
2.
What Does It Mean When a Cat Shows Up at My Door
3.
10 Most Beautiful Animals in the World
4.
Examples of Vertebrate and Invertebrate Animals
5.
Why do Dogs Get Stuck when Mating?
6.
The 10 Most Solitary Animals in the World
7.
Differences Between Deer, Elk, Moose and Reindeer
8.
Animals With Scales - Full List
Flying Mammals - Examples and Types
What Is A Rhea Bird?
Where Do Swallow Birds Sleep?
Why Do Birds Chirp at Night?
Bird Sayings and Phrases
How to Keep Birds Away - Humane Methods of Bird Repellent
Tips to Photograph Birds
Types of Water Birds

Birds That Do Not Fly - Flightless Birds 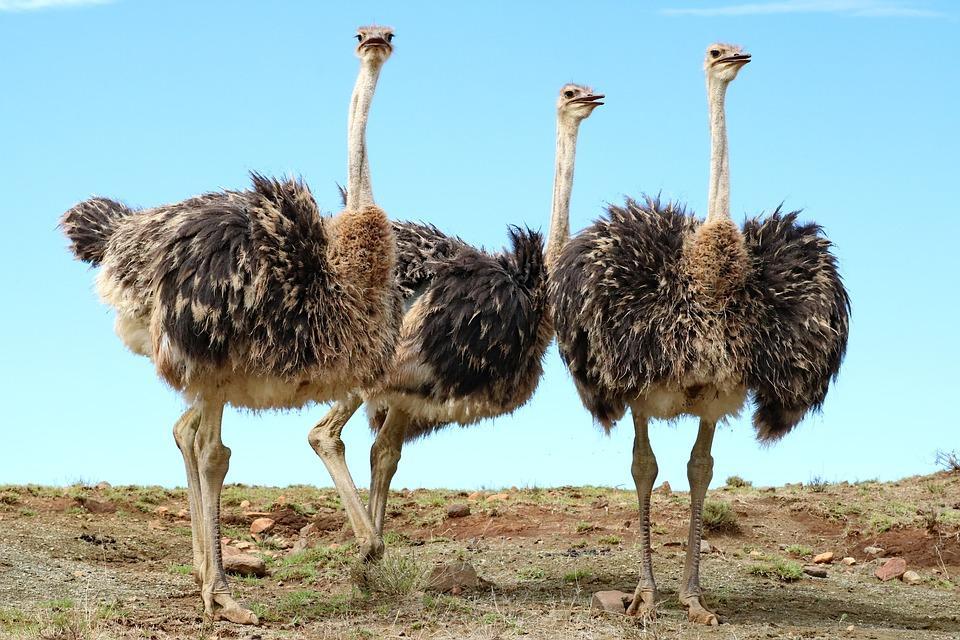 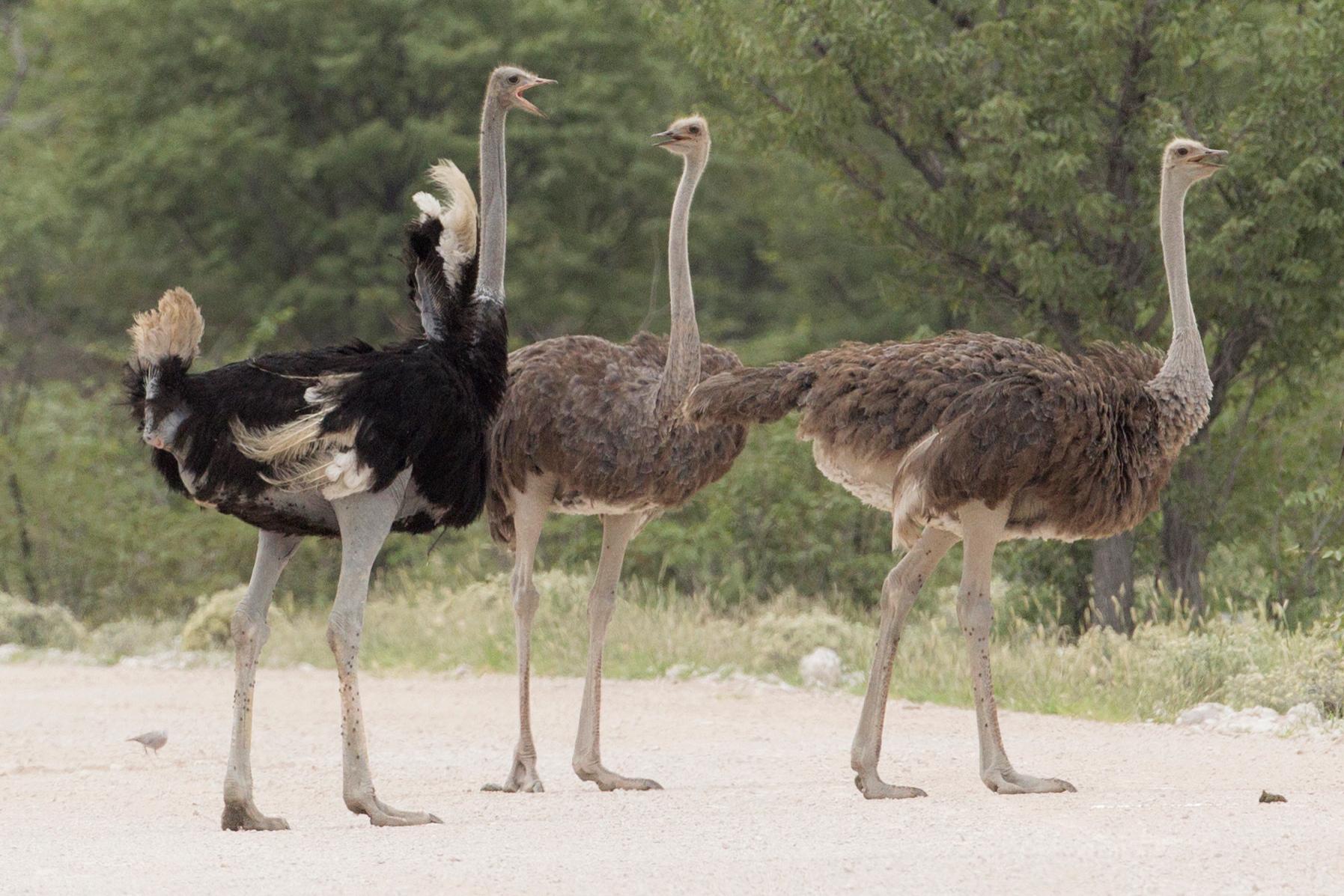 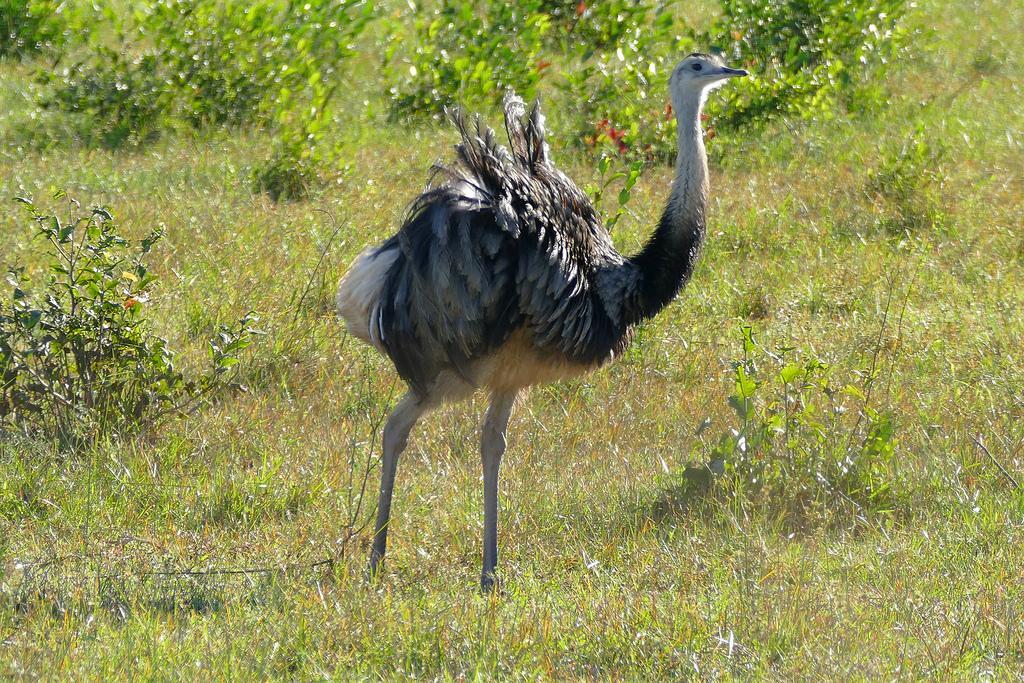 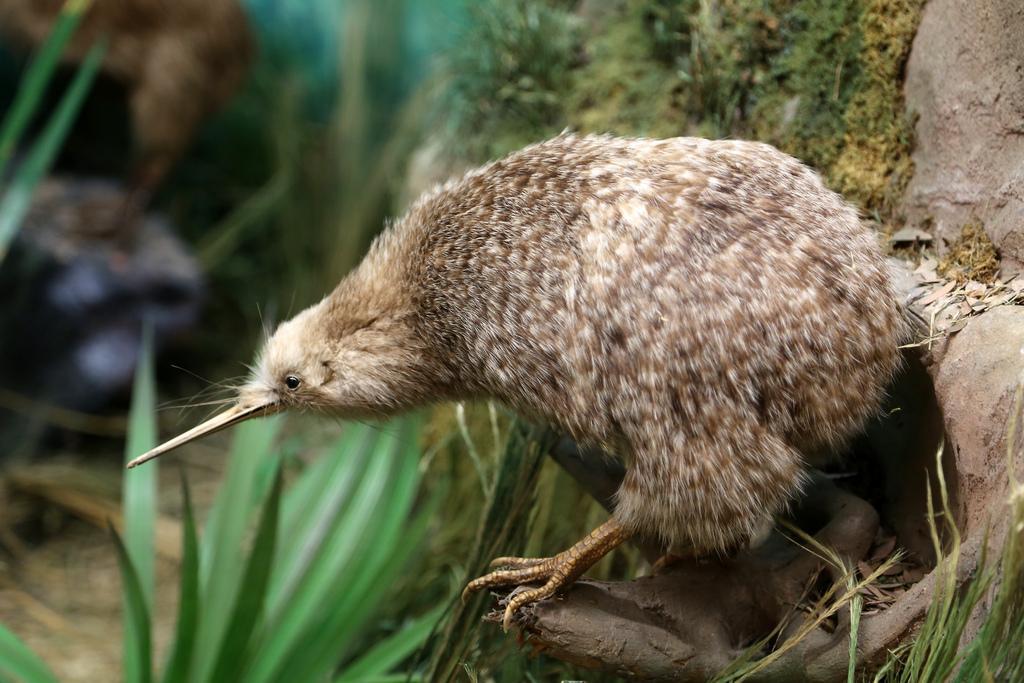 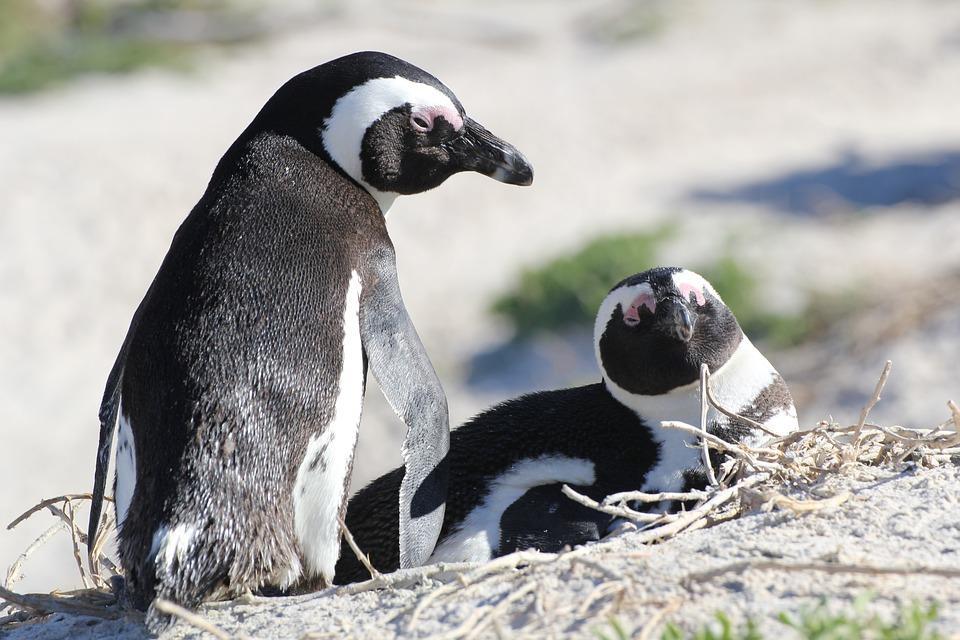 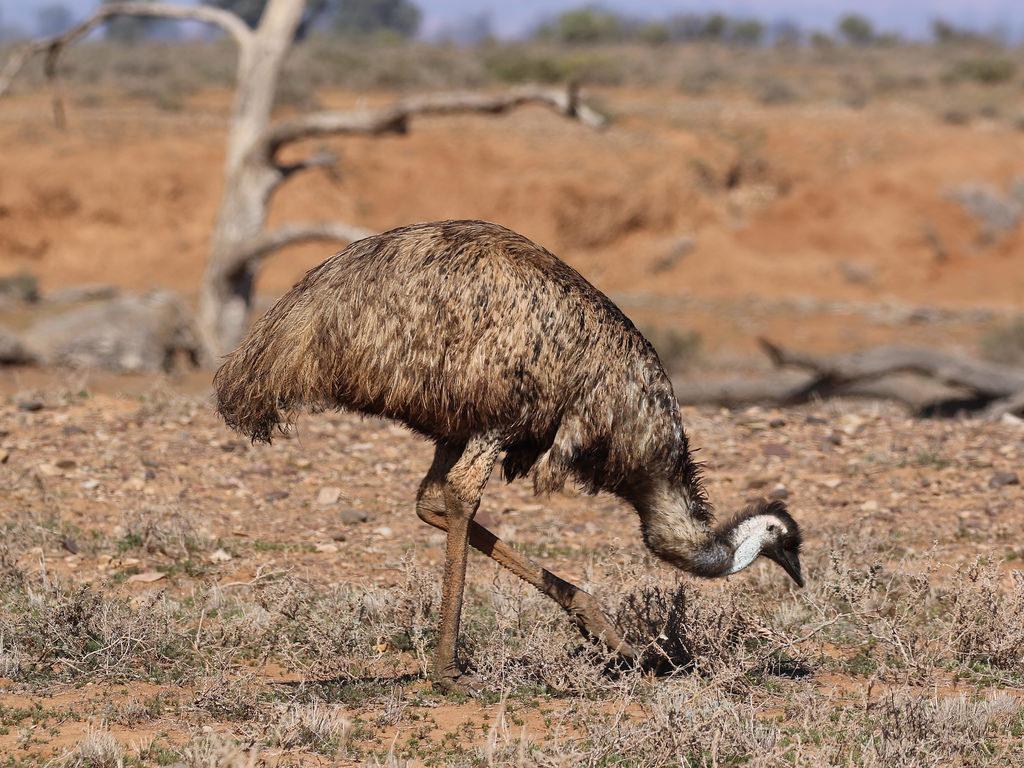 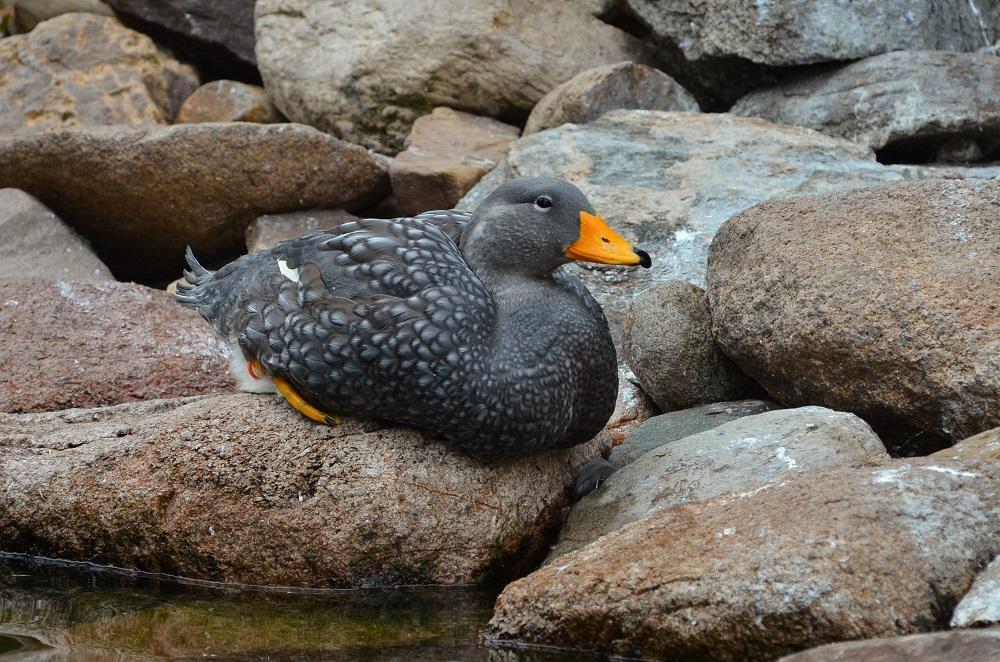 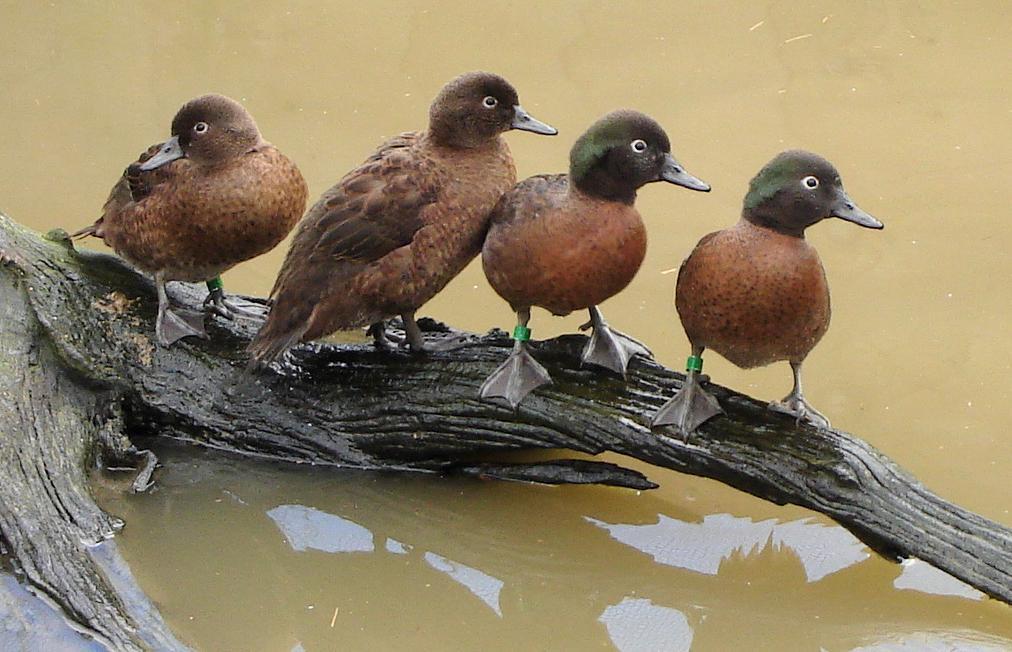 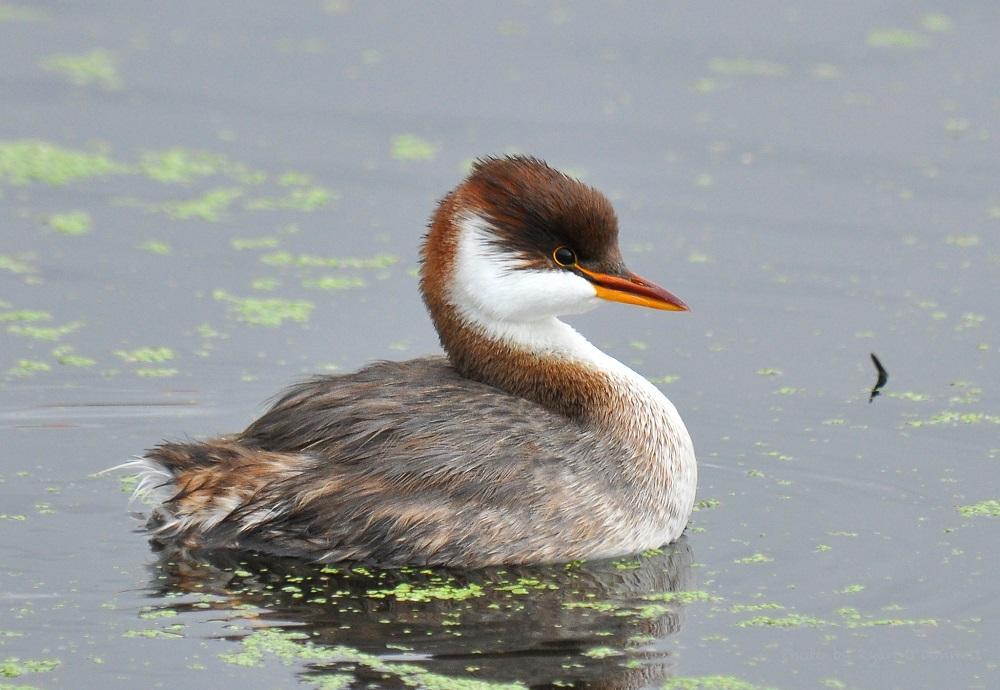 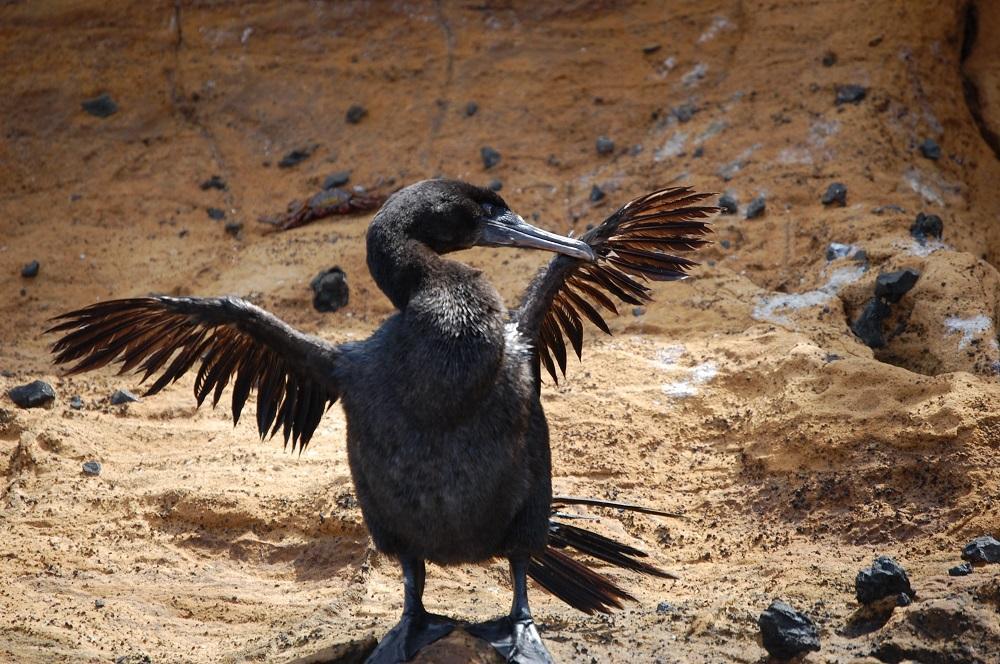