2 comments
By Graham Harper, Journalist specialized in animal welfare. May 22, 2017

It is known all over the world that dogs are capable of sensing catastrophic phenomena that humans cannot. Despite our advanced technology.

Dogs have untrained, or in other words, totally natural abilities that exceed our understanding. It is no doubt that their sense of smell, their hearing capacity and other senses can explain some things incomprehensible to the naked eye.

Are you wondering if dogs can see ghosts? Keep reading this article from AnimalWised and find out.

You may also be interested in: Can Dogs Sense Pregnancy?
Contents

It is known that through smell, dogs can detect the mood of people. The most evident example is when a quiet dog suddenly appears aggressive to someone for no apparent reason. When we attempt to discover the cause of this reaction, it turns out that the person on the receiving end of the aggression, has a severe fear of dogs. Dogs can indeed smell fear.

Another quality that dogs have is that they can detect latent threats around us.

A friend of mine had an Afghan hound, Naim, who could not stand any drunken person approaching him and his owner. When they walked at night, and Naim spotted a drunk 20 or 30 meters away, he would immediately stand on both hind legs. All while emitting a prolonged, guttural and menacing growl. The drunken individuals were soon aware of the imposing presence of Naim. They would mumble, frightened, and take a wide detour so not to pass them.

My friend never trained Naim to proceed in this way. As a puppy, he was already reacting instinctively like this. This defensive attitude is frequent among dogs, who react to the presence of people whom they consider to be conflicting and a potential threat to the members of their family.

Can dogs feel the presence of spirits?

I am not able to assert if the dogs see ghosts or spirits. Because I do not know if spirits exist, or not. However, I am convinced that there are places with good energies and negative energies. And these latter energies are clearly captured by dogs.

A clear example occurs after earthquakes; When dogs are used by relief teams to locate survivors and corpses among the devastated ruins. Okay, these are trained dogs; But the way to "mark" the presence of a wounded and a corpse differs totally.

When they detect a buried survivor, the dogs warn anxiously and effusively to the firemen, barking joyfully. They point to the area where the ruins cover the wounded. However, when they detect a corpse, the hair on their backs bristles, they moan, they turn around, and even on many occasions they defecate with fear. It is clear that the types of energy these dogs perceive differs completely between life and death.

Psychologist Robert Morris, an investigator of paranormal phenomena, conducted an experiment in a Kentucky house in the 1960s. This home had led to bloody deaths and was rumored to be populated by ghosts.

The experiment consisted of entering a room where they committed crimes with a dog, a cat, a rattlesnake and a rat, separately. The experiment was filmed.

Robert Morris's experiment was repeated in another room of the same house in which no fatal event had occurred. The four animals did not report any anomalous reactions.

What can we deduce?

What I can deduce is that nature has endowed animals, and dogs in particular, with capabilities that are beyond our current knowledge.

A dog's sense of smell and also their hearing, are tremendously superior to the same senses that humans have. Therefore, do they capture by their privileged senses these strange events? Or do they possess some superior capacity that we still do not know and that allows them to see what we do not see?

If you have noticed your pet has experienced some type of supernatural experience, we would greatly appreciate your story. Post a comment, or email us.

If you want to read similar articles to Can Dogs See Ghosts?, we recommend you visit our Facts about the animal kingdom category.

What Do Dogs See?
What Colors Can Dogs See?
Can Dogs See in Color?
What Dog Breeds Can Have Different Colored Eyes?
Related categories
Endangered animals
Most read
1.
What Animal am I According to my Zodiac Sign?
2.
10 Most Beautiful Animals in the World
3.
What Does It Mean When a Cat Shows Up at My Door
4.
The 10 Most Solitary Animals in the World
5.
Animals With Scales - Full List
6.
Why do Dogs Get Stuck when Mating?
7.
My Female Dog In Heat Won’t Accept A Male - Causes
8.
How Many Types of Lions Are There?
Guinea Pig’s Vision - How Guinea Pigs See
Can Dogs watch TV?
All About the Wolves in Game of Thrones
Why Does My Cat Meow When They See Me?
Can Dogs Predict Death?
Can Dogs Detect COVID-19?
Can a Dog Love a Person?
Can Dogs Feel our Pain?

2 comments
Elian González
03/07/2018
1) There is no such thing as "good energies" or "bad energies." Energy is a measure of work. It is not a thing that exists independent of itself and as such, does not posess a moral agency. You are misusing and misunderstanding what energy is.

2) Your "deduction" is absolute garbage because you could have asked a veterinarian about what we know concerning dogs and cats rather than just stating they have "capabilities beyond our current knowledge." Dogs and cats are predators (latent predators in the case of dogs as they are descended from wolves) and have evolved capabilities to help them hunt in low light. Not to see ghosts or to confirm your belief that they can "sense" a bad place where someone was killed.

The term ‘energy’ is used for a lack of a better word. We are discussing unquantifiable aspects which are, as of yet, beyond our human ken. We are not making any deductions, we are simply stating that there is a limit to current scientific evidence and that the perception of dogs is difficult to register due to communication restrictions and other impediments to research. Canine olfactory receptors are acutely more powerful than that of humans and we are not yet aware just how capable they are.

Just as some dogs have been found to detect certain diseases in the human body, it is possible, if not likely, they are able to perceive certain elements surrounding a death. We are not claiming (and I certainly don't personally believe) that this means they can sense ghosts or the ‘souls’ of passed humans. This is a general article which posits questions about canine perception.
Electron999
19/01/2020
What kind of primitive 18th-century reductionism is this? There are physical forms of interaction that can not be explained at all by classical mechanics of objects and forces interacting with each other in space, and this is a basic understanding of contemporary 21st-century physics.
Besides, the word "energies" in the article refers not to mechanical energy but to impressions of living organisms like people and dogs. It may as well be that it's all about chemical makeup of a "bad place", but it doesn't reduce its psychological, or visceral, aspect.
Whether it all has something to do with "ghosts" or the "supernatural" or not is an entirely different question. (in my view, there only exists the "natural" - and its (mis)representations in past and present human thought).
Geoff
21/05/2018 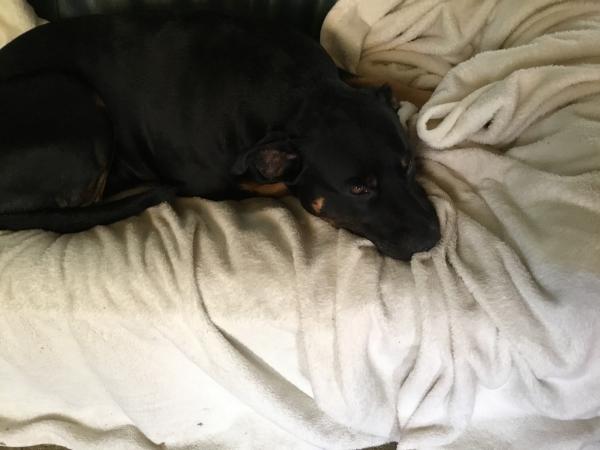 I believe my dog sees spirits because he looks frieghtent and runs around looking speratetly above .Runs out to the pool area and back in under the patio looking confused.My wife had a girl friend around one and she said she saw my mother standing outside the laundry door .Creepy or what


a very scared highschooler
25/05/2018
today i was home alone working on a project when all of a sudden my dog ran downstairs(i was in the basement) and layed down, watching me work. i didnt mind at the time, because she usually did this. But then, my dog would continuously pace, which made me sort of nervous. but iwas like, whatever, its probably cause were home alone. i continue working on my project for another 20 minuets, but over that time I hear sounds coming from upstairs. i personally do not believe on ghosts, so I assumed it was maybe the house settling. but after a couple more minutes the noises became louder; they were the sound of footsteps clicking against out wood floor in our liviing room, which was located directly above me. my dog them looks to the top of the staircase, and bolts to hide underneath the stairs. at that moment, I started to freak out. the footsteps became louder, and it sounded like they are coming for the basement door. I look up there but see no one. thankfully, I have my phone by me. I call my mom panicked, hyperventilating, I begin to pace, and then run into the corner of the room. I look up at the ceiling, and then hear a loud bang from upstairs, right in the center of the living room. it sounded like someone dropped a 300 page book onto the floor; it was really loud. I start to freak out even more, and my mom calls our neighbor to check our house to make sure there was no intruder in it. My neighbor and i check together, but find nothing; everything is in its place and all of the windows and doors are locked. my neighbor then leaves and im all alone again. i decide that everything is okay, and that Ill just go back into the basement because my family and i are going out of town this weekend, and i dont want to have to work on the project then. i go back down, and my dog is still hiding. after i start working on it, i hear the footsteps again. i run up to the main level and go into the living room; nothing is there. i say in the living room and keep an eye out until my dad gets home. i tell him what happens and he says its alright, so then with my dad home i felt comfortable going into the basement. i go back down. but when im working on my project, gluing on this square of paper, I suddenly feel cold. like just around me it was cold. i move to the other side of the table; its warmer. i move back to the spot where i was before; it is still cold. i decide to ignore this and go back to working on my project, but not for long until i discovered this sight(my dog was acting really weird; shes usually very protective of me). after this i couldnt handle being in the basement and went upstairs. when my mom gets home, i tell her what happened, and she says that there is a ghost in our house, its my grandpa; he died young. so that it, now im in my room, about to try to go to sleep. 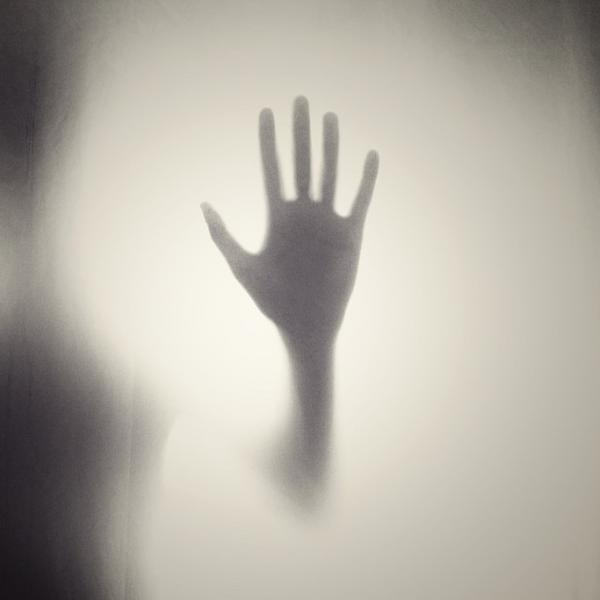 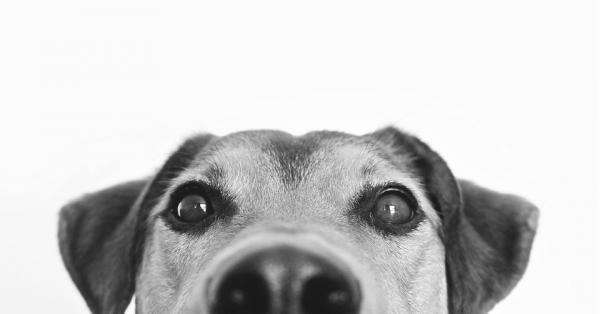 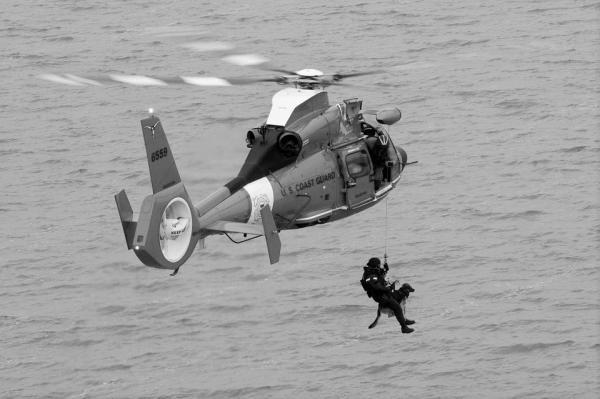 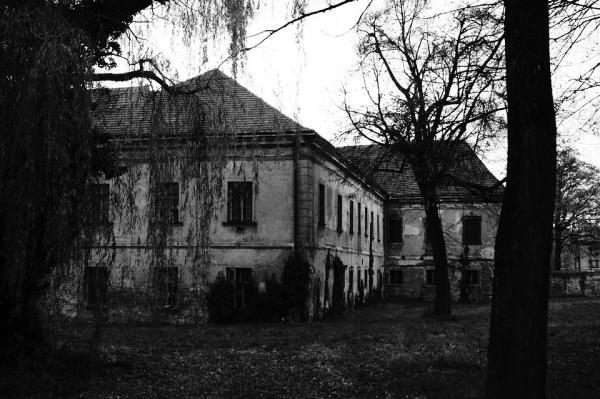 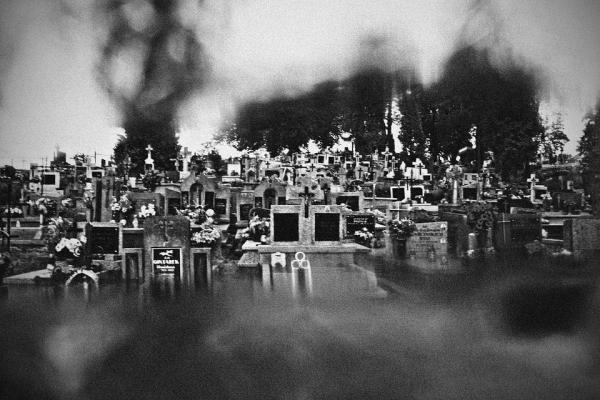