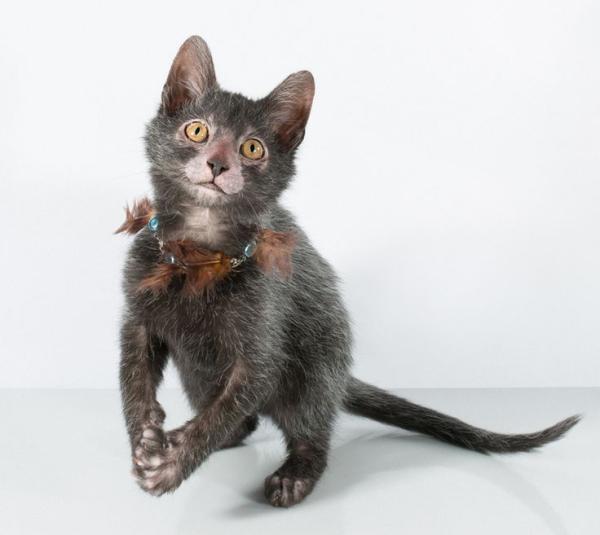 The Lykoi (also called wolf cat, sometimes werewolf cat) is a natural mutation of a short-haired domestic cat. The Lykoi is one of the youngest domestic cat breeds, and is actually still in the process of being fully recognized as a breed. Currently, there are only a few specimens in the whole world. Breeds of this cat are becoming increasingly popular, especially in North America, where they originated.

AnimalWised brings you everything you need to know about the Lykoi cat breed. We discuss its origin, characteristics, temperament, care, and possible health aspects.

Origin of the Lykoi cat

The mutation has occurred in domestic cats in the last 20 years. The breed was developed by Patti Thomas in Vonore, Tennessee. Lykos means 'wolf' in Greek.

The appearance of this breed is due to a natural mutation of the domestic shorthair cat. Despite the fact that the mother was an ordinary black cat, the kittens were born with this strange coat and partially without hair, which is why it was believed that they could be genetically related to Sphynx cats. However, DNA testing has been done by to confirm that the cats are not carriers of the Sphynx/Devon Rex gene. Veterinary and genetic studies were conducted at American universities because owners were concerned that the cats might have health problems. Therefore, it was ruled out that this was due to disease, and the relationship to the Sphynx was also denied. So they have no genetic relationship with hairless cats.

Currently, there are only a few dozen Lykoi cats on the entire planet. To establish a consolidated breed, breeders have the help of the College of Tennessee to avoid the occurrence of diseases and genetic issues.

Physical Characteristics of the Lykoi Cat

Lykoi cats are a breed with a stylized body, a very peculiar coat and big yellow eyes that give them a wolfish appearance. Besides, it is worth mentioning that in these Lykoi cats, the color of their eyes intensifies when they grow up.

They are domestic cats of average size, as they weigh between 7 and 15 pounds (ca. 3.5 – 7 kg), with males being larger than females. The shape of the head is a little triangular and the nose is always black.

Their coats are short and brown, black or gray and have white hairs and tufts, which give them a messy appearance. Also, the type of hair is soft, even if it looks harsh or rough.

A curious fact is that when they are born they have very little or no hair on their muzzle, around their eyes, on their belly, on their ears and sometimes on their legs. As they grow, their fur increases and eventually covers all these areas. However, there are also adult specimens whose face and belly remain completely clear.

Character of the Lykoi cat

Although it looks somewhat fierce and even somewhat deferential, the Lykoi cat has the normal character of any other domestic cat. For this reason, people who have already lived with some of them describe them as very affectionate and friendly, very intelligent, somewhat mischievous and quite active.

In addition, Lykoi cats have a strong hunting instinct and are somewhat suspicious of people they do not know yet, although they take a short time to approach and make themselves known. In terms of character, they are even compared to dogs.

These cats have always been like that, and they have been accustomed from an early age to live with people and other pets, which has happened only because there are so few specimens. They are very curious and playful cats that love intelligence games.

Keep reading this other AnimalWised article to learn about some intelligence games for cats that we recommend.

Care of the Lykoi cat

The care of its coat requires normal brushing. Being short-haired, two weekly brushings and daily brushing during the shedding season are sufficient.

Since cats clean themselves, it is not necessary to bathe them, so as not to damage the natural protective layer of their skin. It is only advisable to clean them when the animal is very dirty, and in this case it is advisable to use dry cleaning shampoos or wet cloths or wipes. If we use a shampoo to bathe them, it should be specifically for cats and never for humans or other animals.

Likewise, as with any other domestic cat, we must make sure that their ears, eyes, nails, and mouth are clean and undamaged. From time to time we need to clean the eyes, teeth, and ears and also trim the nails, especially if they are broken.

Keep reading this other AnimalWised article to learn more about how to trim your cat's nails.

Feeding of the Lykoi cat

As for the feeding of this breed of cats, it must be of high quality, otherwise health problems may occur due to the lack of necessary nutrients. It is important that we adapt their diet to their age, physical activity and health condition. Different stages of life mean different activity levels and nutritional needs.

Some owners feed their cats commercial food, while others prefer to feed their cat homemade wet food. Regardless of the type of food you feed your cat, remember that cats generally require a diet that is high in moisture and protein and relatively low in carbohydrates.

Cats also require a healthy amount of water to survive and maintain their health. When they live in the wild, they get their water from the moisture content of their food. This includes prey items such as insects, birds and rodents, which also have a high water content. However, if your cat is a domestic cat, its diet is very different from that of a wild cat, and it should get its water in a bowl or through wet food.

If you want to learn more about how to best feed your cat, do not miss this other article, where we discuss the best diet for cats.

Health of the Lykoi cat

Currently, it is believed that the life expectancy of the Lykoi cat is equal to that of a common cat. It is estimated that a Lykoi cat can live 20 years if well cared for.

So far, no breed-specific diseases or ailments have been detected, and no tendency to particular health problems has been found. On the contrary, their health has proven to be excellent. Their health issues are the same as those of any domestic cat, that is, they can be affected by the most common diseases found in cats.

Therefore, in order to prevent diseases, it is essential to follow the vaccination schedule for cats and deworm them externally and internally, regardless of whether the animal spends all its time at home or goes outdoors. Finally, we advise you to go to the vet every 6 or 12 months to make sure everything is in order.

Where to adopt a Lykoi cat?

Adopting a Lykoi cat can be a very difficult task. There are only 30 kennels in the entire world, and the breed is more common in the United States than in Europe. It should be noted that every cat deserves a responsible adoption, since they are a big commitment. If you are thinking of adopting a cat, we recommend that you visit a shelter to adopt a cat in need.

Upload a picture of your Lykoi or Wolf Cat 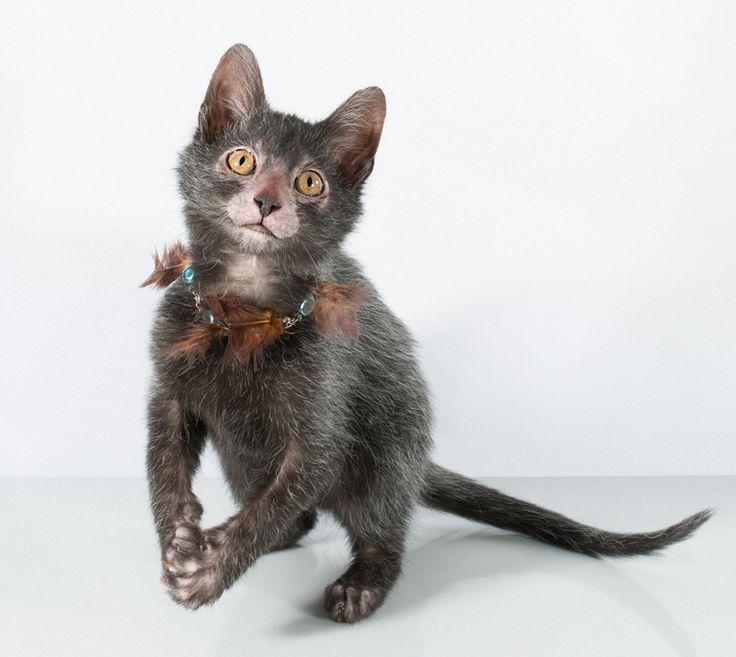 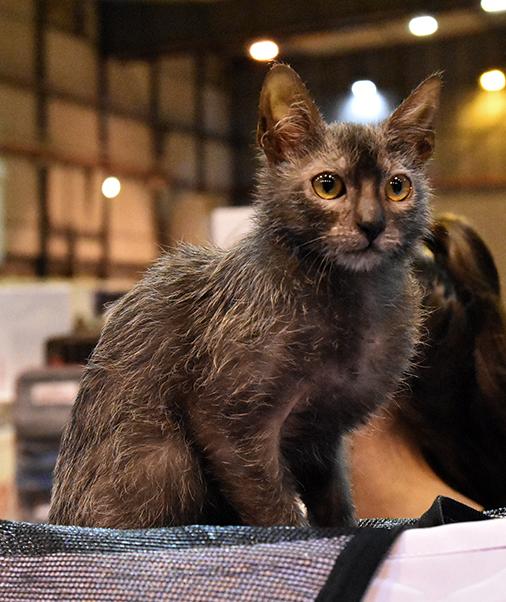 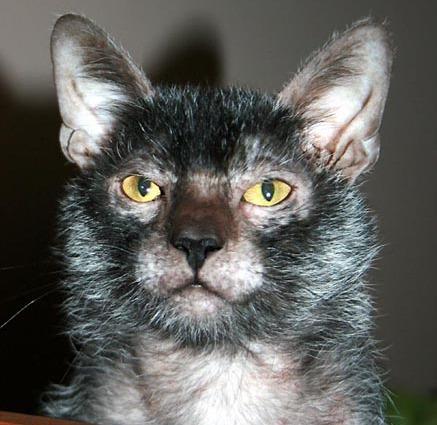 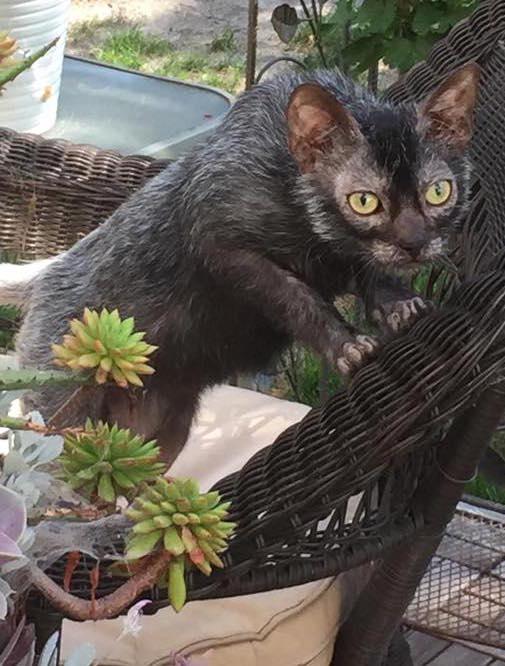 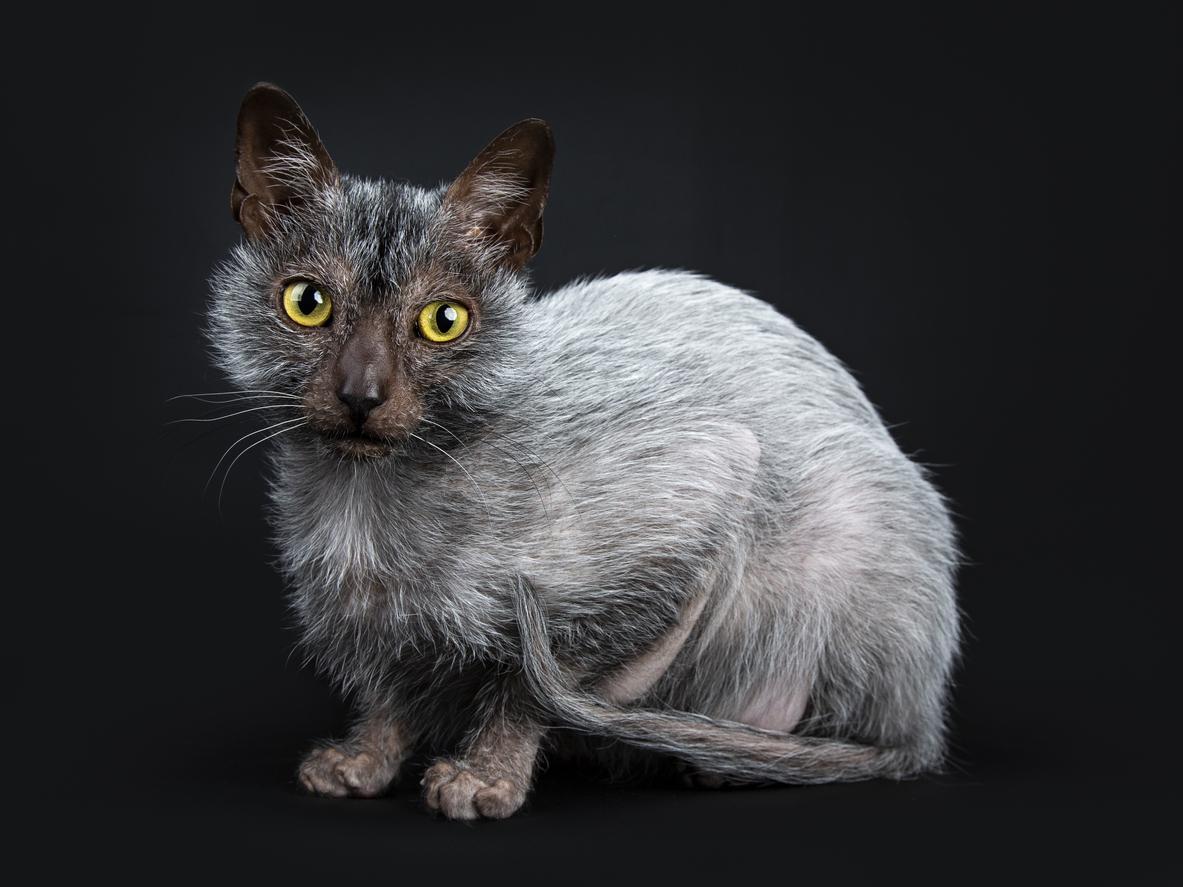 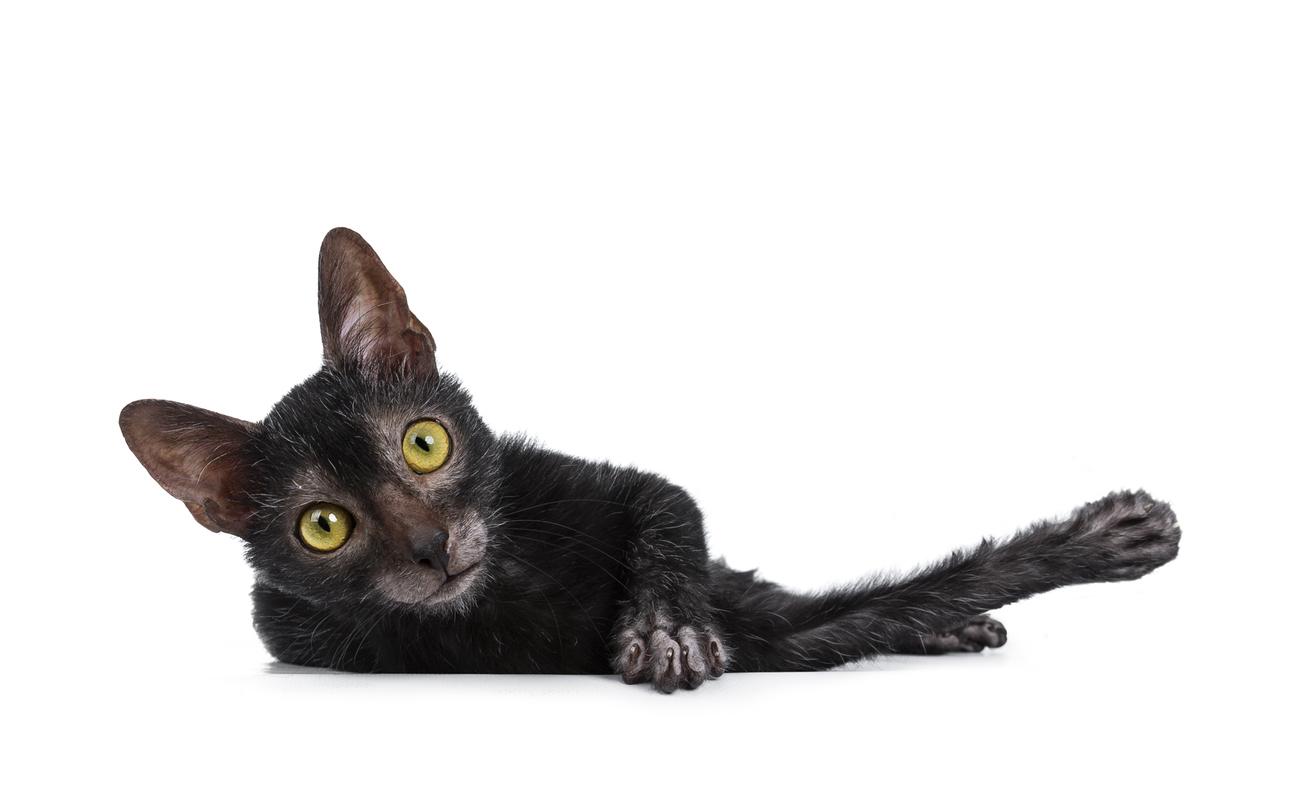