With an abundant coat and captivating gaze, the Siberian cat has become one of the most popular and appreciated feline breeds in the world. Their balanced temperament and physical characteristics have made them an ideal companion to people of all walks of life. Despite originating from at least the 19th century, they have only recently breen officially recognized by breed standards organizations. In this AnimalWised article we explain everything you need to know about the Siberian cat. We'll describe their characteristics, explain their general character and help you understand their specific care needs. Keep reading to see why this wonderful cat has become so beloved.

Origin of the Siberian cat

The Siberian cat is one of the so-called ‘forest cats’, as are the Maine Coon and Norwegian Forest cat. Specimens of this breed can be found across expansive groves of Russia and the Ukraine. It is believed they come from the crossing of domestic cats with wild cats from the Siberian forests. This is why it is also sometimes known as the ‘Siberian Forest cat’.

This breed appears to be more recent than it is likely to be, since there no extant documents which mention it before 1871. Furthermore, it wasn't until 1987 that the breed was officially standardized. It wasn't until the 1990's that the World Cat Federation recognized the breed and facilitated its international expansion. This can be partly explained by the prohibitive Soviet Union government which had restrictions on pet ownership, requiring Siberian cat guardians to look after their animals covertly.

The Siberian cat's origins appear to go back much further, potentially thousands of years. In Russia, they were noted companions of noblepersons, being present in the most distinguished palaces of Imperial Russia. For this reason, it is believed to be one of the oldest cat breeds in the world, despite much official documentation.

Characteristics of the Siberian cat

Undoubtedly, the most obvious characteristic of the Siberian cat is their thick coat consisting of three layers. This tri-layered coat is present in many breeds, but few as developed and striking as the Siberian cat. The long coat was likely due to the extremely cold temperatures of the Siberian landscape, requiring dense protection in order to survive the harsh winters. This is why the outer guard hair is quite hard, but is also shorter in the legs and chest area and longer around the head and belly.They also have long hair between the toes on their paws.

As for their coat color, almost all color variations are accepted with the main exceptions of violet or chocolate. In regards to their eyes, green and amber are most common, but it is possible for blue color to present, even if rarely so. Regardless of their color, the Siberian cat's eyes are round and expressive.

Their adult weight varies anywhere between 4.5 and 9 kg in both males and females. The latter, however, are usually a little light and maxing around 8 kg. Some males may even reach a much as 11 kg. It should be taken into account that Siberian cats will not reach their final size until 4 or 5 years of age, with a rate of growth considerably slower than most other cat breeds. Additionally, as their hind legs are slightly longer than the front, their back is somewhat arched.

Character of the Siberian cat

When talking about the Siberian cat's temperament, we should note this breed is characterized by its sociability and affability. Although its robust appearance can seem intimidating, it is a very affectionate cat which adapts well to living with other cats and even dogs. It is often said that the Siberian cat's interaction with their guardian is similar to that of a dog. They often wait for them to come home and are quite demanding of attention.

At the same time, it is also true that it may take the Siberian cat a little while to get over their initial shyness with strangers. If you are the new tutor for one of these feline friends, you may need to exercise a little patience at the beginning. Once you pamper them and engage in play behavior, they should warm to you quickly. They may be elusive with visitors to your home, but many develop confidence levels which allow them to be petted and manipulated. Don't miss our article on how to gain the trust of your cat if you are struggling to develop this bond.

One of the most important aspects of a Siberian cat's care is their coat. It will need attention in terms of maintenance. Given the coat's length, it will need regular brushing at least every 2 to 3 times a week. Regular brushing will help reduce the creation of knots and hairballs. The belly and chest areas require a little more focus as well as any particularly long areas.

Another aspect of a Siberian cat's care we need to take into account is whether they should be bathed. As the Siberian cat has a protective layer of natural oils on their fur, bathing should generally be avoided. You may need to bathe them if they have become particularly dirty, but it should not be done with any regularity. These natural oils not only protect the cat's fur, ensuring volume and brightness, but can also promote certain diseases such as feline pneumonia. Dry baths are, therefore, recommended. This is something which should be carried out by professional groomers to ensure their coat is not damaged.

Due to their wild origins and minimal alteration at the hands of man, these cats are generally strong and robust with little in the way of congenital diseases. Their health is quite enviable in cat breeds. Despite this, there may be some diseases to which they are slightly more prone, such as hypertrophic heart disease, which consists of an enlarged left ventricular myocardium. For this reason, frequent veterinary checks are recommended.

As with other cat breeds, it is necessary to pay attention to the state of their coat, claws, mucous membranes and teeth to both detect and prevent disease. Likewise, it is important to carry out a suitable vaccination schedule and deworm regularly. Always follow the advice of your veterinarian.

Upload a picture of your Siberian 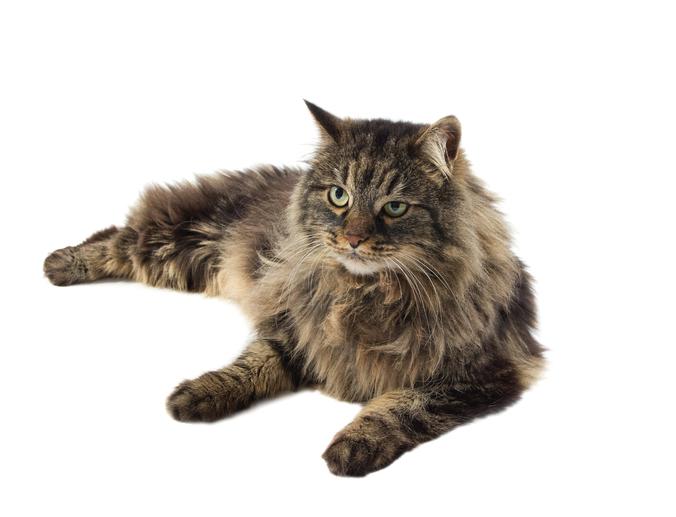 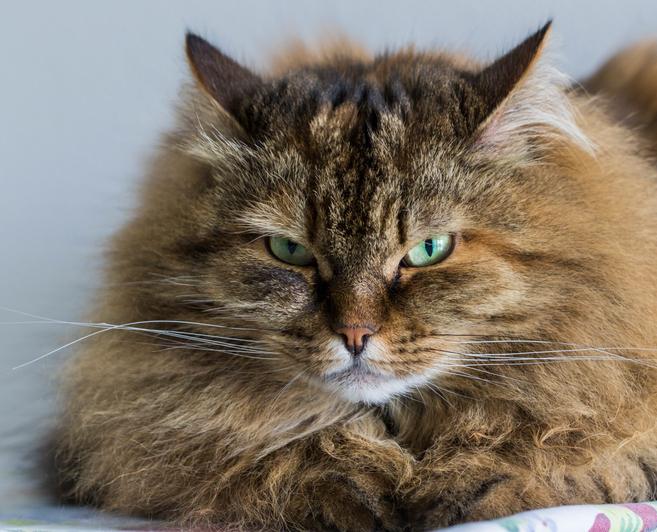 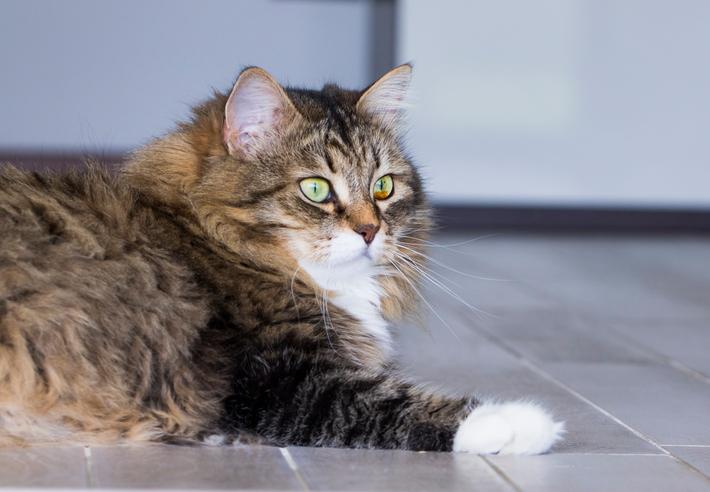 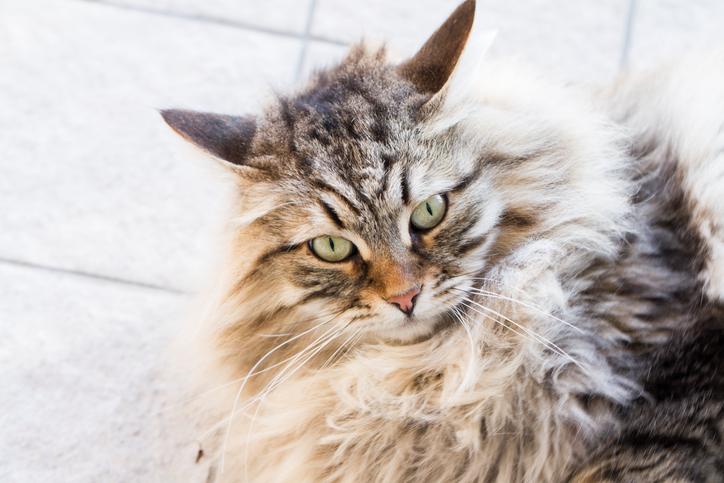 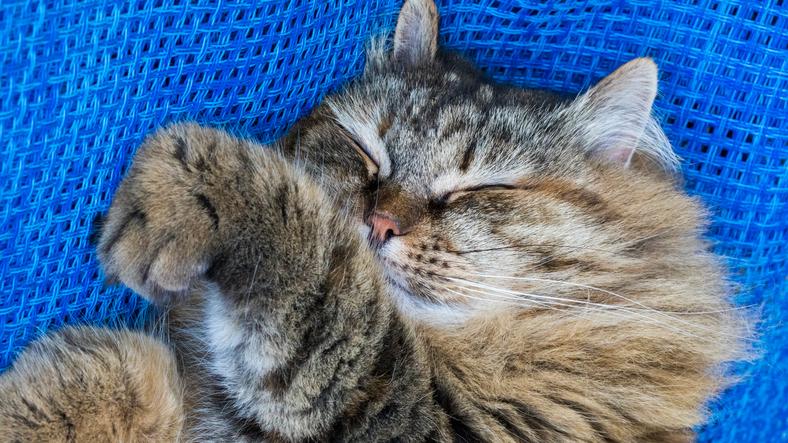 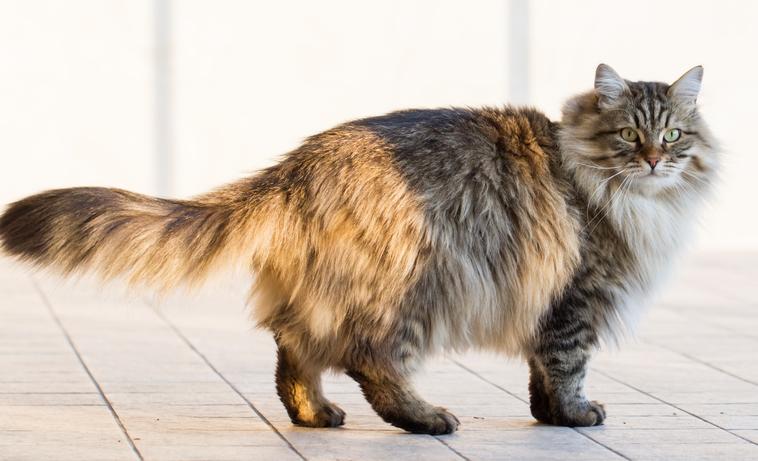 1 of 6
Siberian
Back to top