Differences Between Lions and Tigers

In the wild, it is very hard to mistake a lion and a tiger for each other. The first reason for this difficulty is there is no place on Earth where tigers and lions coexist naturally. Today, many of us distinguish the difference between lions and tigers as lions being an African animal and tigers being Asian. However, this was not always the case. At one stage in nature's evolution, both lions and tigers lived together in parts of what is now Asia. Although different big cat species, they are not only part of the same family (Felidae), they share the same genus known as Panthera.

At AnimalWised, we look at the differences between lions and tigers by making a lions vs. tigers comparison. In doing so, we can understand both what makes them different and what characteristics they share.

You may also be interested in: Differences Between the Bengal Tiger and the Siberian Tiger
Contents

The lion and the tiger are both big cats of the Felidae family. They share a common taxonomy all the way down to the species level. For this reason, we can say that both lions and tigers belong to this taxonomic order:

Within the genus Panthera, we can see the species differentiate. While there are individual subspecies within the lion and tiger species, they are all considered types of lion (Panthera leo) and types of tiger (Panthera tigris).

There are only two subspecies of lion which are officially accepted International Union for the Conservation of Nature (ICUN). They are the Panthera leo leo and the Panthera leo persica. However, there are other taxonomic names given to certain lion species which are grouped differently by other taxonomists. Their common names differ greatly according to region and even individual, but some of them are:

Unfortunately, the Sumatran tiger is the only extant species of the clade Panthera tigris sondaica. There is often confusion between tiger subspecies, since many look similar. To help deifferentiate between them, here we share an article on the difference between the Bengal and Siberian tiger.

Physical differences between lion vs. tiger

When it comes to differentiating both big cats, we should note that tigers are usually larger than lions. Tigers can weigh up to 550 lbs (250 kg), but lions usually top out at about 369 lbs (180 kg).

Differences between their coat are perhaps the most obvious ways we can distinguish between tigers and lions. Tigers have a brilliant orange and white coat with distinctive black stripes, reminiscent of the tabby coat pattern of domestic cats. In comparison to tigers, lions have a much more muted sandy coat color. However, the lion's relatively drab coat plays an important part in hunting as it camouflages them against the dusty savanna.

There are some specimens of tiger which are white with black stripes, missing the orange pigment of other tigers. Their stripes tend to be more brown than black. The reason for this is leucism, not albinism as many believe. There are also examples of leucistic lions. Coat patterns of tigers can also be used to differentiate individuals since not two tiger stripe patterns are the same.

The vast African savannas are the main distribution habitat of lions. Currently, most lion populations are located in the east and south of the African continent, specifically in the regions of Tanzania, Kenya and Namibia, the Republic of South Africa and Botswana, respectively.

However, these big cats are able to adapt to other different habitats, such as forests, jungles, scrub areas and even mountains. There have even been individuals found in locations with altitudes as high as the mighty Kilimanjaro. Despite true lions being able to live at high altitudes, we shouldn't confuse them with so-called mountain lions. These are another name for the cougar (Puma concolor), a different species of big cat also known as pumas or panthers.

Although lions are practically extinct outside Africa, a population of 500 individuals still survives in a nature reserve in northwestern India.

Tigers, on the other hand, have a natural habitat exclusively in Asia. They reside in dense rainforests as well as forests and even open savannas. These are the environmental conditions which tigers need to hunt and reproduce.

The main characteristic of the lion's behavior which distinguishes them from both tigers and most other members of Felidae is the fact they are pack animals. Lions live in a pride and display sex-specific behaviors within their group. Female lions do most of the hunting and they often do so in groups. Using precise and coordinated attack strategies, they can kill prey both larger and faster than themselves.

The cooperation lionesses show when taking care of their young is really surprising. Females in the pack often tend to give birth in sync, thus allowing for community care of the cubs.

Tigers, on the other hand, exclusively hunt alone and generally exhibit solitary behaviors. In hunting, they use stealth, camouflage and their great speed when attacking their prey. In addition, compared to other cats, tigers are excellent swimmers, being able to dive into rivers to surprise and thus hunt their prey in the water.

Although we are making a comparison between lions and tigers, we should point out it is possible for these species to cross. Take a look at our article on ligers and tigons to know more.

Conservation status of lions and tigers

According to current data from the International Union for Conservation of Nature, lions are in a vulnerable state (VU). However, tigers have an even greater concern over their conservation, since their status is at risk of extinction (EN). Their biggest threats are human destruction of habitat and hunting. They don't have many natural predators since they are apex predators themselves.

For this reason, most of the tigers on the planet currently live in captivity, now occupying around 7% of their former range, leaving only 4,000 specimens of wild tigers still roaming their habitats. These drastic data suggest that it is most likely both lions and tigers will only survive in protected areas within a few decades.

Take a look at our article on why Bengal tigers are endangered to earn more.

If you want to read similar articles to Differences Between Lions and Tigers, we recommend you visit our Facts about the animal kingdom category.

Differences Between Lions and Tigers 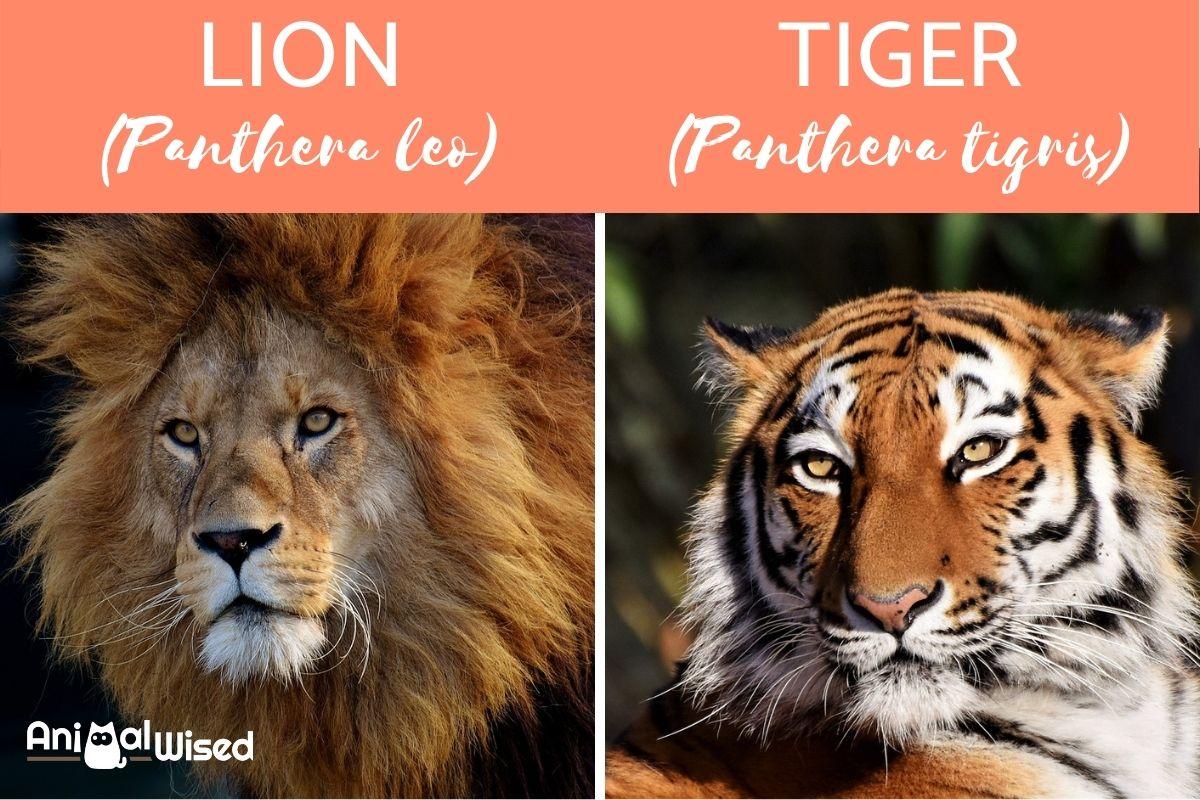 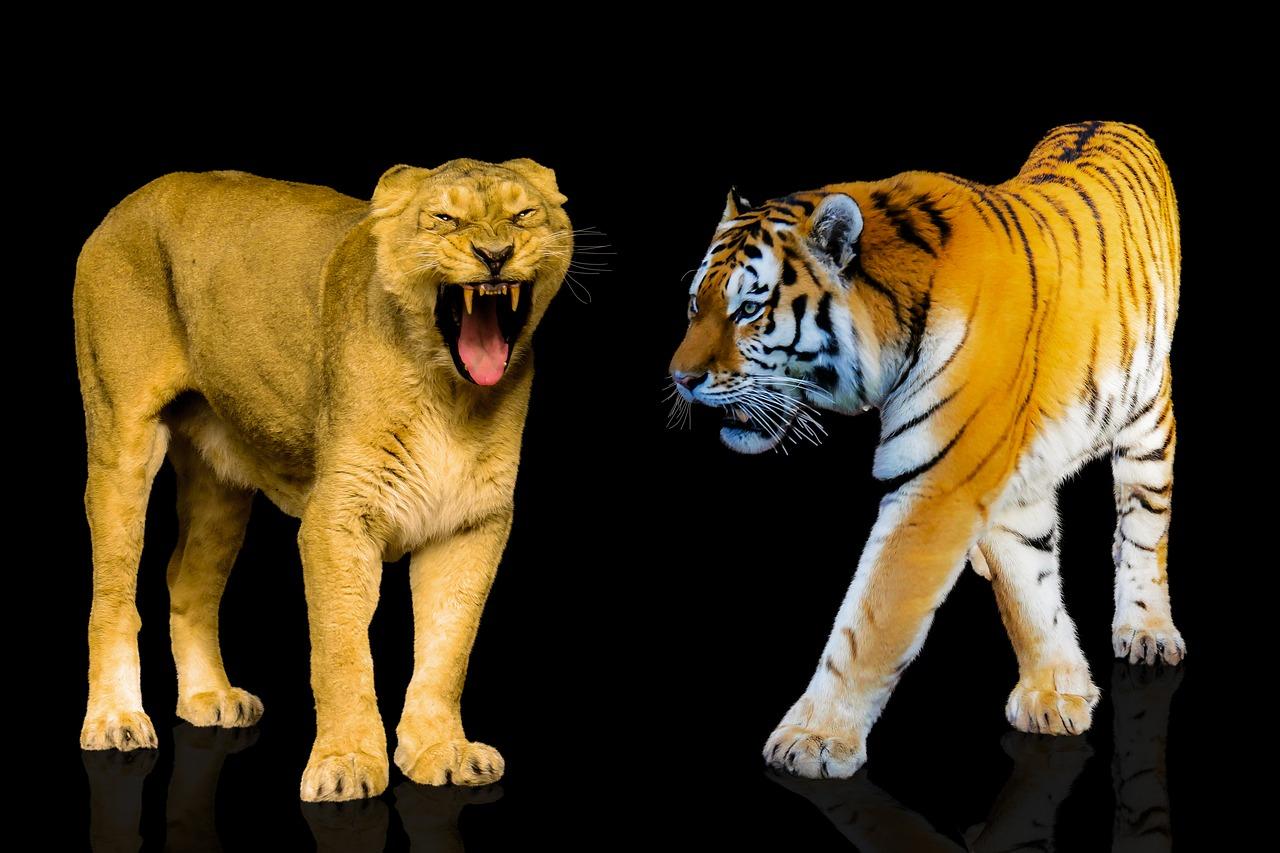 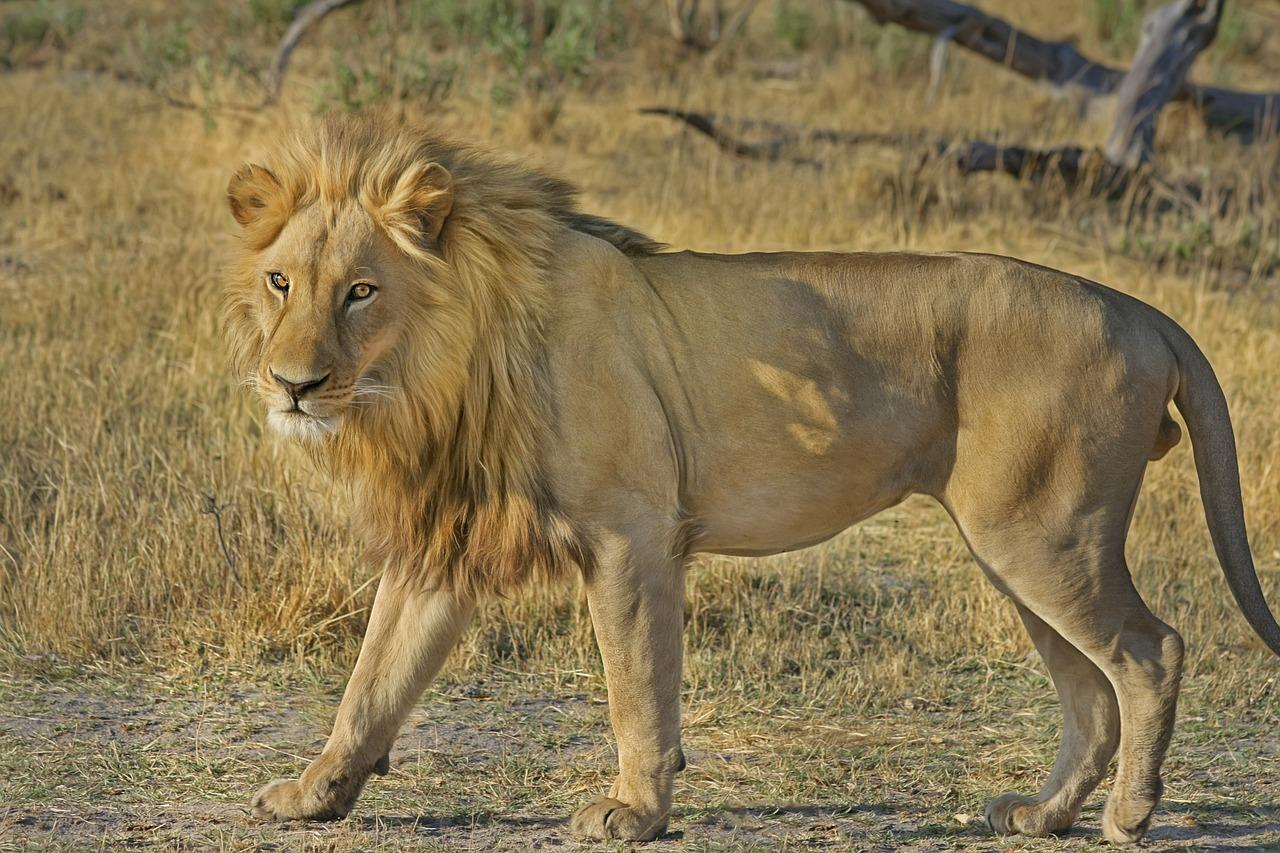 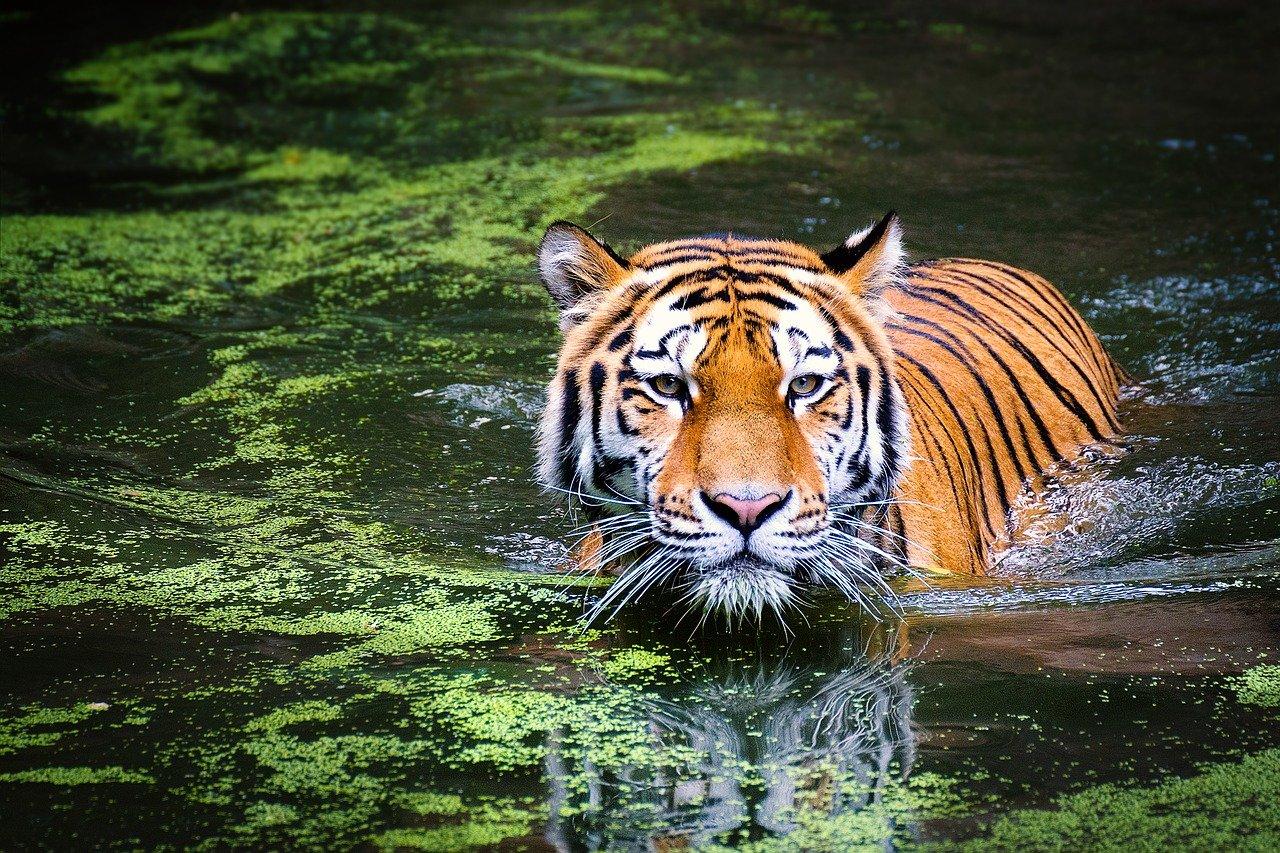 1 of 4
Differences Between Lions and Tigers
Back to top