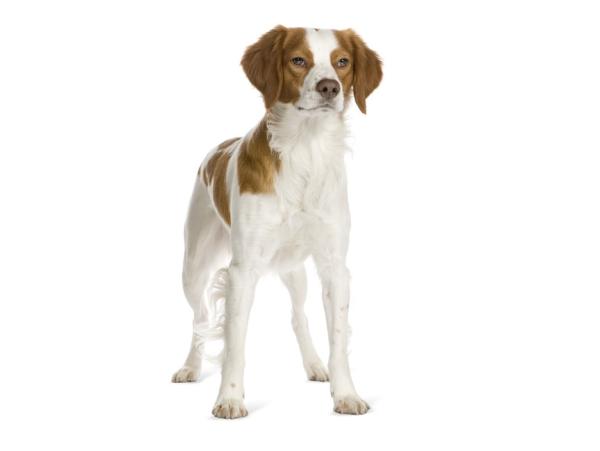 The Brittany Spaniel is a french dog from Brittany, France. They were originally hunting dogs but nowadays they make a loving dog companion for active families. They are also considered excellent in canine sports.

In this AnimalWised breed file, we are going to go through this breed so that you can learn about their origin, health, care and more.

The Brittany spaniel is a French dog breed, as it is native to the Brittany region. Its french name is “Épaneul breton”. It is one of the oldest spaniel breeds, which is demonstrated by the fact that by 1907 the first breed standard had already been established in Nantes, and in that same year the Épagneul Breton Short-tailed Natural Club was founded.

At the beginning the breed was called the short-tailed Épagneul breton, but the adjective referring to the length of the tail ended up being lost. Therefore it is was reduced to simply Épaneul breton. The breed was officially recognized on May 31, 1907 by the Central Canine Society.

The breed grew out of the crossbreed of different breeds of spaniels, such as English setters or springers. There is evidence that the first litter in which what we now know as the Brittany spaniel was born in the 1890s. The birth was Fougères, a French town, more specifically it happened in the house of the French Viscount Du Pontavice, who was a great breeder of setters and a lover of hunting.

The litter was achieved by hybridizing a female British Setter with a French spaniel, her pups were noted for their ability to track and search for prey. Those qualities made them highly valued hunting companions in the region, the breed spreading throughout France throughout the 20th century.

Brittany spaniel dogs are medium-sized dogs, weighing at 30-40 lbs. They measure 17.5-20.5 inches at the withers. Their skull is longer than their muzzle, with a ratio of 3:1. Their nose is large with wide nostrils. The color of their nose will complement the color of their coat, which can be white and orange, white and black, white and liver, with more or less extensive irregular white patches. Their coat is fine but not silky, lying flat on the body or with a hint of a wave. However, it's never curly.

Their eyes are slightly oblique, with a frank and soft expression. Their eyes are oval shaped and the color will depend on the color of their coat. However, they're generally dark. Their ears are set high. They are relatively long and short, with a triangular shape. They're partially covered with curly hair. They carry their tail horizontally. It's set high and active when the dog is active or attentive.

Many breeders differentiate between “American” Brittanys and “French”-style dogs. Although generally recognized as subsets of the same breed, there are recognizable differences between the two. The American Brittany dogs are more known for running, while French Brittany dogs are more known for being gun dogs. There are also other differences in the standards. For example, black coated Brittany Spaniel dogs were accepted in France since 1956, while in America this is still considered a fault.

In general, the character of the Brittany spaniel stands out for being very flexible, meaning that they can adapt easily to all kinds of environments and families. They are capable of being brought up perfectly both in a rural or environment. However, they are very active dogs that needs to release their energy on a daily basis through walks, games, exercise and mental stimulation.

These dogs are also very intelligent, attentive and insightful, making their training and education remarkably easy. Thanks to this, we can create a strong bond with them, as well as allow them to participate in canine sports. Other than being intelligent and active, these dogs are very loving. They adore spending time with their family and receiving attention and affection from them.

Brittany dogs are also known for being a good dog for families with children as they are very social. In fact, these dogs never stood out as guard dog because they are too friendly towards strangers, given that they were properly socialized as a puppy.

When it comes to caring for your Brittany dog, they are relatively easy to care for. This dog will need reguar brushing to keep their coat in good conditions and free of dirt, dead hair or tangles. Two or three weekly brushings will suffice. As for bathing them, you can do that once every 1-3 months, depending on the accumlation of dirt. Remember to only use shampoo for dogs, as using shampoo for humans may be harmful to them.

Their daily exercise is also very important as they are very active dogs. These dogs need long walks, sports and intelligence games to be fully stimulated. The ideal number is three walks a day of 30-60min each. It's also important for them to have 15min without the leash on. This could be in your backyard, a park or, if well trained, when going out on walks. If you have children, it's important to allow them to also play with their dog as the dog will truly enjoy this and it will help create a strong family bond.

If you take your Brittany dog on a walk in rural areas, make sure to check their paws once home to detect possible wounds, such as spikes or splinters. These may trigger a dangerous infection so it must be taken care of as soon as possible. You will also need to be attentive of their coat in case they have any ticks or fleas. Lastly, it's also important to provide your dog with a rich and natural canine diet. Good quality food will help your dog stay healthy and happy.

Being that these dogs have a great capacity and intelligence, their education will be relatively easy. We should always use positive reinforcement, since it allows the dog to assimilate a behavior more easily and encourages them to repeat it. This also improves the bond they have with their human companion and helps them keep a balanced temperament.

Before their arrival, it's important your family decide on the house rules. It'll be easier for the dog to understand if everyone knows the rules and reinforces them. These may include meal times, the dog's access to certain places, where they will sleep, who takes them out on walks and when, etc. Then we must teach them to urinate on newspaper, until they can control their bladder and wait for their walks.

As they grow up, you can move onto basic dog training, obedience training, dog agility training, etc. These will be easy and fun for your dog to do as this breed is very intelligent and enjoy being challenged. Remember to always use positive reinforcement in all these types of training. Another effective training technique is the clicker technique.

In the event of complications or the appearance of behavioral issues, it is advisable to go to a professional canine educator.

As with most dog breeds, the Breton Spaniel is susceptible to certain inherited diseases, such as hip dysplasia, so we must pay attention to his family history whenever possible. This will help us be alert and detect it in time to treat it before it gets more serious. Likewise we advise to carry out periodic veterinary check-ups every 3-6 months. Also, and especially in humid climates, we have to keep their ears clean since due to the morphology of their ears they can be prone to otitis.

On the other hand, it is very important to follow the vaccination schedule and carry out periodic deworming, both internal and external. With this being said, the life expectancy of the Brittany spaniel is between 14 and 16 years.

Upload a picture of your Brittany Spaniel 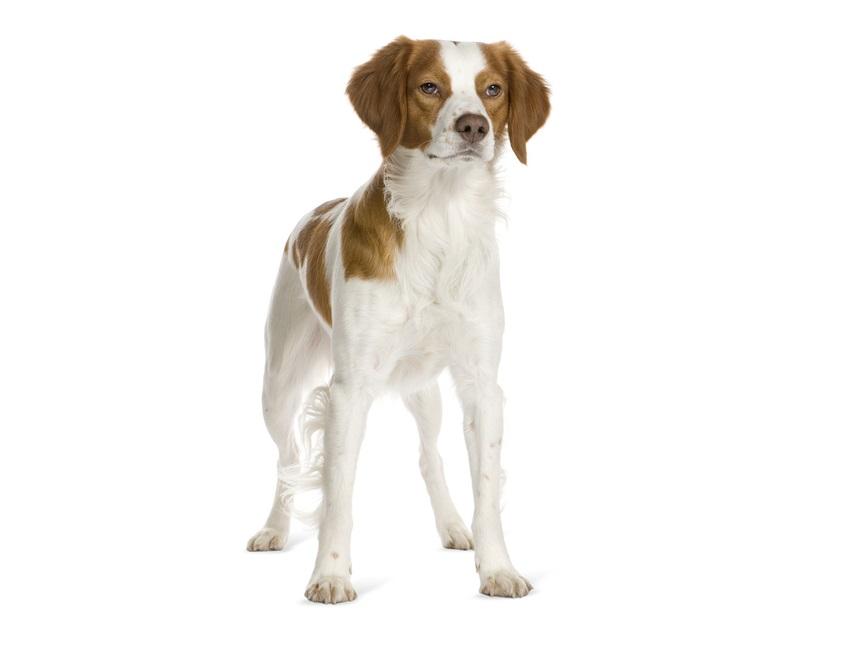 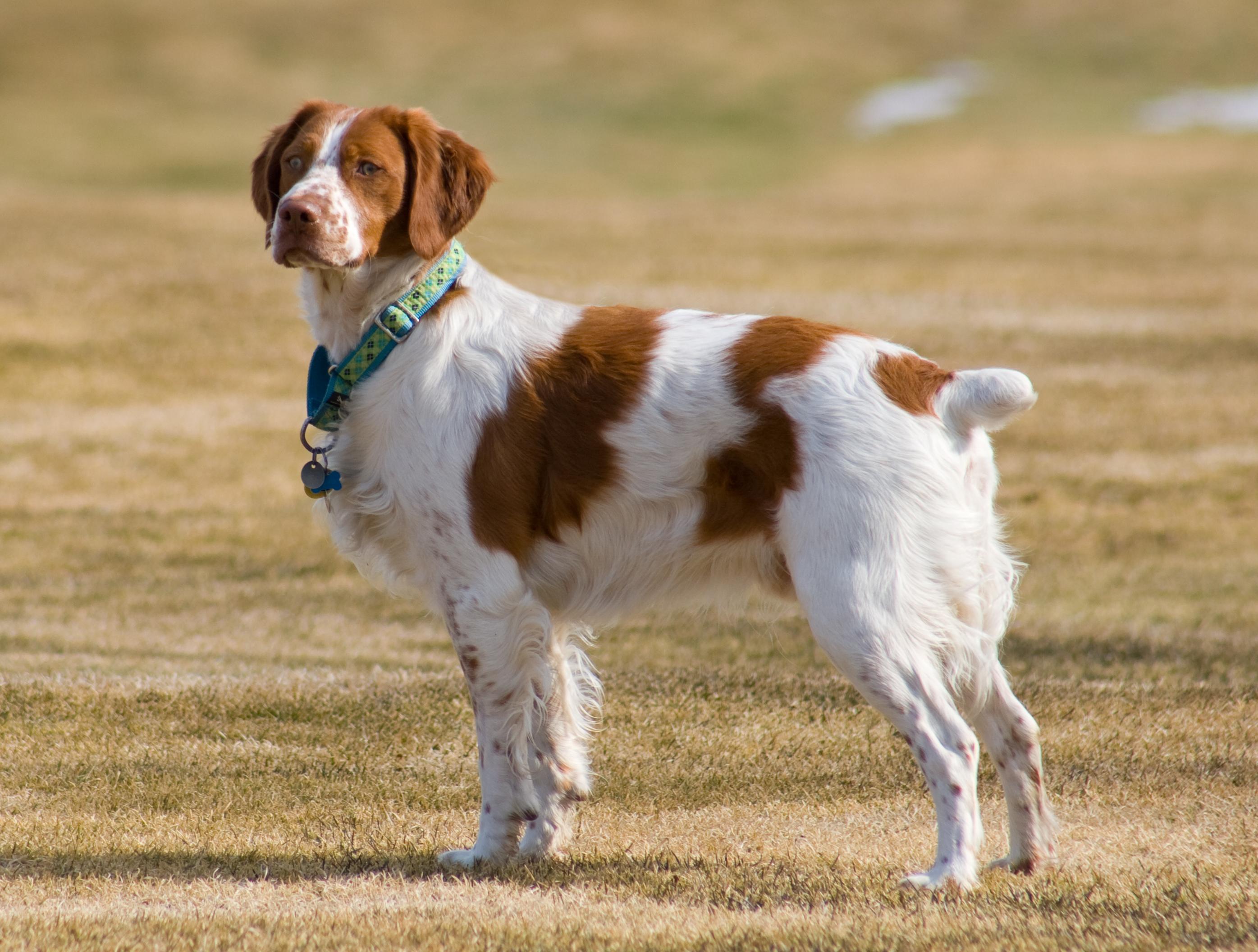 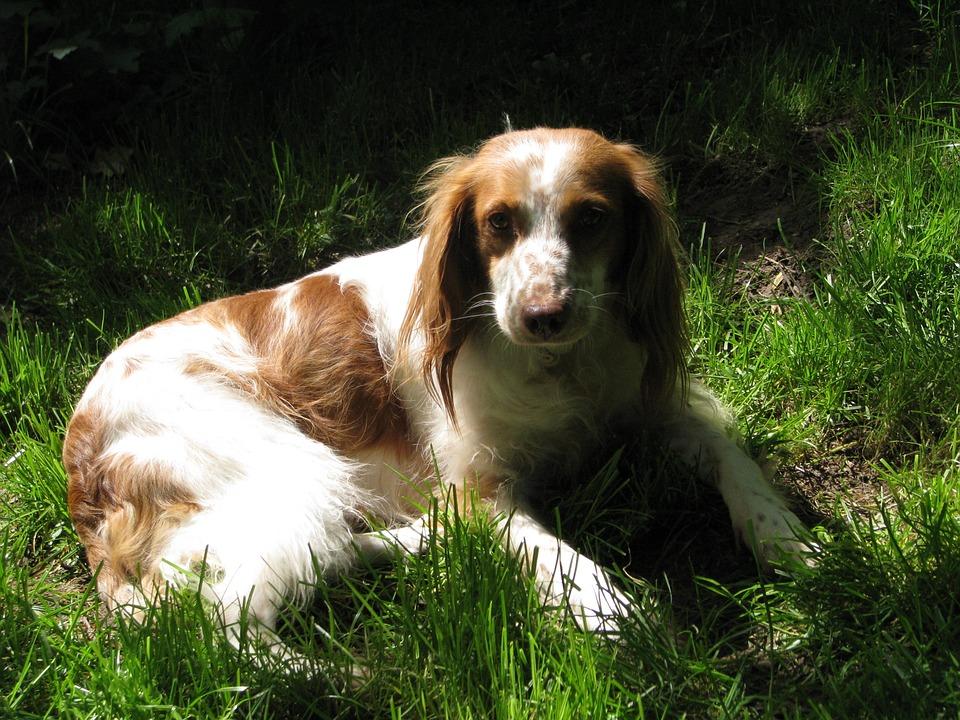 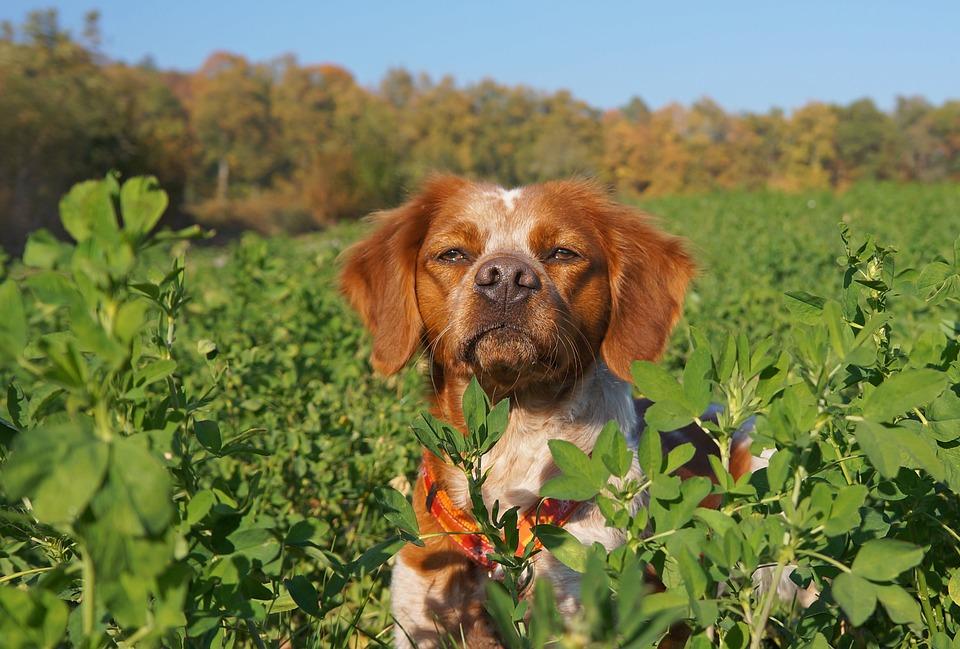 1 of 4
Brittany Spaniel
Back to top