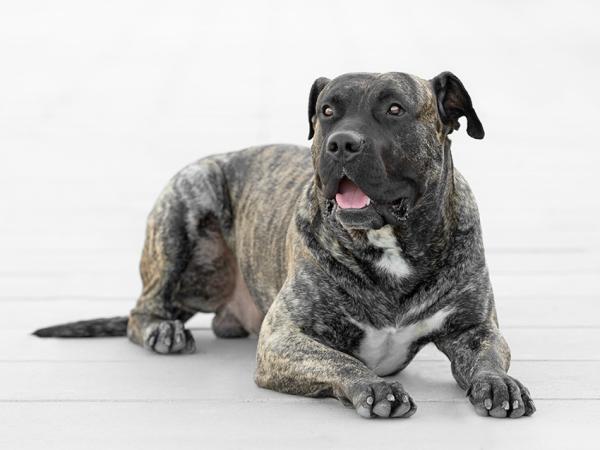 The Canary Mastiff, also know as the Presa Canario and previously as the Dogo Canario, is a Mastiff type dog breed from the Canary Islands. These dogs descend from the old majorero dogs that existed in the archipelago during pre-Hispanic times (i.e. before the 14th century). At that time, these great island dogs were used by its natives as guardians, protectors and food. With the arrival of Europeans to the islands and particularly with their subsequent conquest, majoreros began to be used as auxiliary dogs for butchers. Miscegenation also began to take place with the arrival of other European dogs.

However, the modern breed is was only defined in the eighteenth century when there was a strong English migration to the islands. The English brought bulldog and bullterrier dogs to the archipelago. All of these dogs were used to participate in the unethical practice of dogfighting. The current Canary Mastiff stems from local majores and English Molossian blood.

As with Pit Bull breeds, the Presa Canario is considered a dangerous dog. This stereotype has caused much controversy between Canary Mastiff lovers and people who believe they are a threat.

The Canary Mastiff is an impressively robust, muscular and powerful dog with a strong presence. In fact, this dog can be considered quite scary at first glance. The head of this breed is massive, compact and has thick loose skin. Its nose is black and its naso-frontal depression (stop) is pronounced. Its snout is shorter than its skull, which is broad and powerful. It has slightly oval and brown medium sized eyes. Its ears are medium and fall on the sides of its head. The current standard does not require that their ears need to be amputated, but it was a very common practice in the past.

The coat of this dog ​​is short, smooth and rough. According to the breed standard approved by the International Cynological Federation (FCI), its hair should be brindle and they should have a black mask. White marks on its chest, throat, front feet back could occur, but these marks should be minimal. Other organizations on recognize canary mastiffs of a solid black color.

Training this breed is not very difficult. However, their independent temperament needs to be taken into account. Traditional training does work with this breed as long as its owner has experience training Mastiff dogs. Positive training also works very well as long as its coach is consistent and firm. The bark of this breed is very deep and resonant, but in general Canary mastiffs are not noisy dogs.

The main problem with this breed is that they can be aggressive if they are not socialized or trained properly. Therefore, if you are wanting to adopt a Canary Mastiff, we suggest that you make sure that you have time and are committed to training this dog. They are never a dog for first time owners.

Like all large breeds, the Presa Canario is susceptible to hip dysplasia in dogs. They are also susceptible to elbow dysplasia, demodectic mange, canine epilepsy, gastric torsion and leishmaniasis. Its fur does not need much care to keep it in good condition. Weekly brushing and occasional baths are sufficient.

These dogs need a good dose of daily exercise. If you want to adopt this breed it is necessary that you have a large garden where this dog can burn their energy, in addition to their daily walks.

Although when educated and socialized they are excellent companions, canary mastiffs can be awkward during games because of their strength. They are not very good pets for children as they are not very tolerate of childlike antics. The maintenance cost of this canine is high and they are not suitable for novice owners.

The Presa Canario is an official symbol of the island of Gran Canaria, as well as the Canary Islands of which it is a part. They were almost extinct by the mid-20th Century, but they were saved due to the actions of locals, as well as the aforementioned British expatriates who bred these dogs with other Mastiff breeds. Their name was officially changed from Dogo Canario to Presa Canario in 2018, thanks to a request by Real Sociedad Canina de España.

Unfortunately, they are a breed which is involved in illegal dog fighting. Despite being illegal in Spain, this practice still continues underground and it has influenced the potential aggression of these animals, as well as their general image problems.

Upload a picture of your Canary Mastiff (Presa Canario) 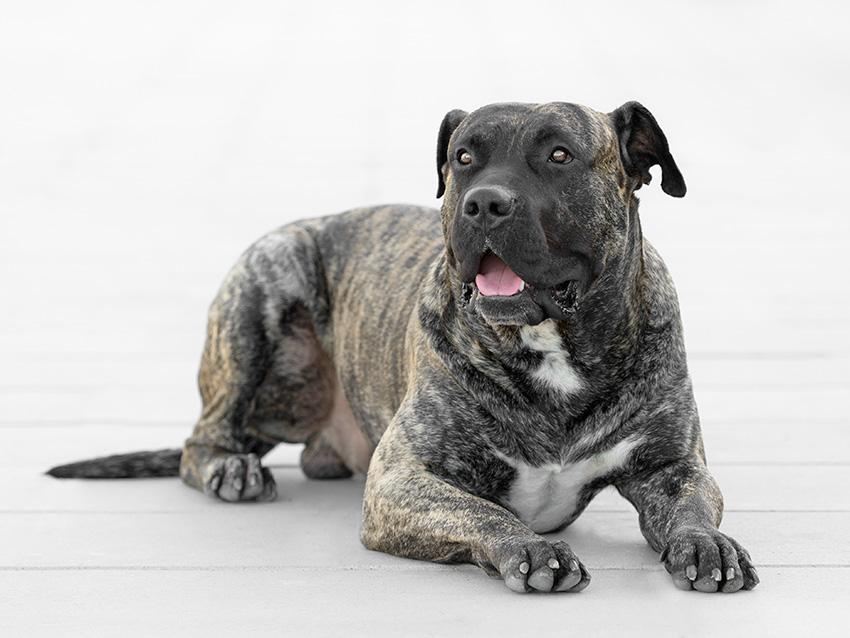 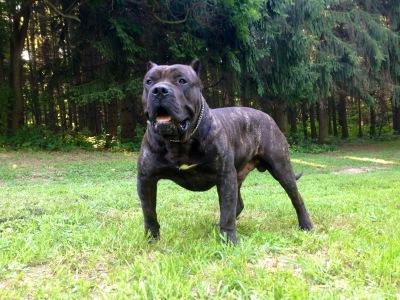 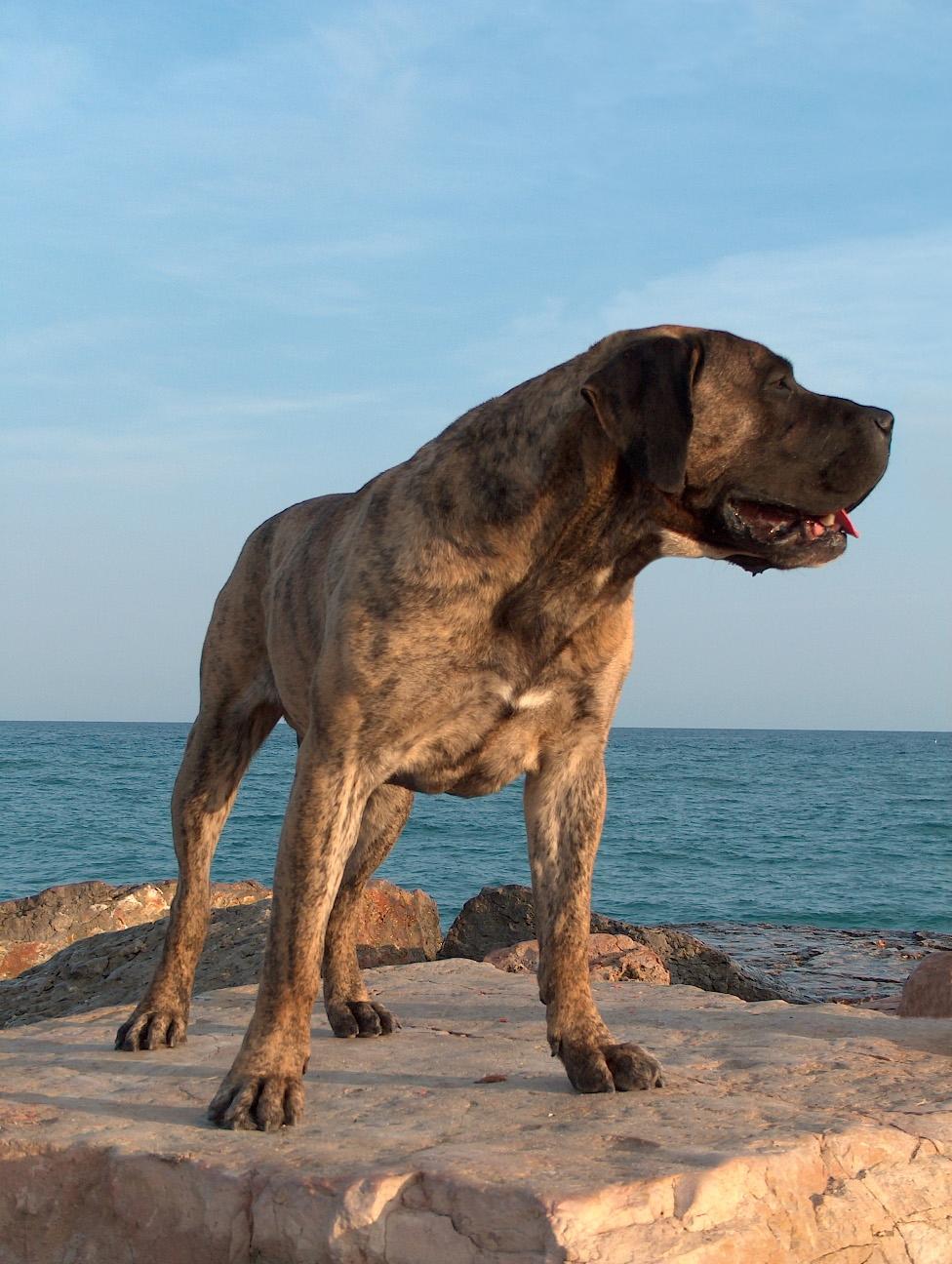 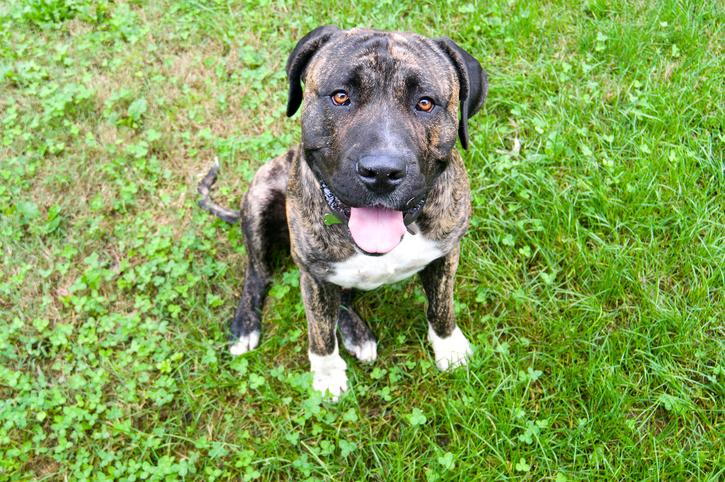 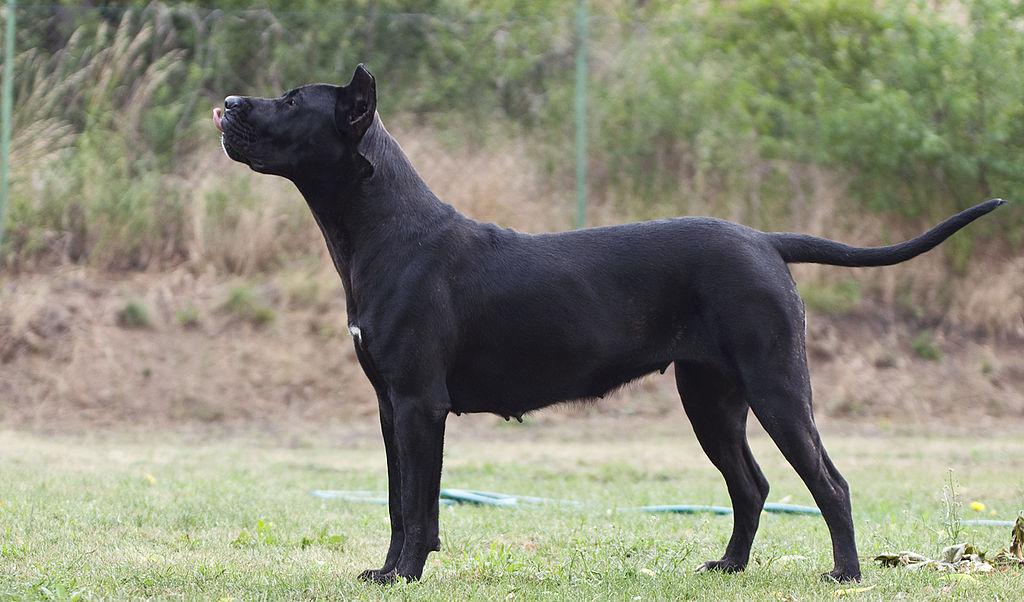 1 of 5
Canary Mastiff (Presa Canario)
Back to top