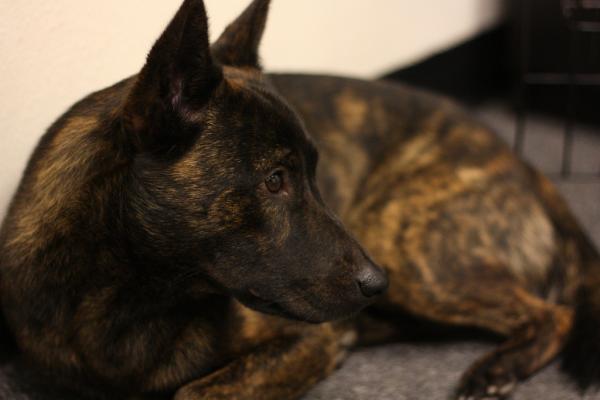 Kai Ken are almost mythical dogs. So much so, they bear the nickname Tora Inu in their native land of Japan. This means 'Tiger Dog' and, like it's nickname-sake, they have an ancient air about them. It is a regality which can be seen in both physicality and temperament. While it originates from Honshu, Japan's largest island, its habitat was originally the Yamanashi Prefecture which contains some of the highest peaks in all of Japan (including its largest Mount Fiji). This mountainous area was inhabited by small mountain communities which were relatively secluded. Within these mountain communities were Matagi, the traditional winter hunters of Japan which were likely to have some version of the Kai Ken for hunting and trapping. Their seclusion meant Kai Ken were bred to pedigree standard simply because there weren't many other dogs to breed with. This makes it one of the most ancient breeds in Japan. Despite this, it is relatively rare even in its home country. It is honored in Japan, so much so that it was made a national treasure in 1933. The American Kennel Club, however, do not recognize it on their official list of dog breeds.

As discussed, this is a Japanese dog which, although ancient, was only recognized in the 20th century. The Yamanashi Prefecture was originally known as Kai Province until 1871 and the abolition of the han system of country division. This area is mountainous, cold at high altitudes and full of different prey. This was the dog's original purpose, as a working dog. In Japan it was able to attack a wide range of prey from deer and serow (a Japanese goat-antelope type animal) to wild boar and even the occasional bear. It would also have been a companion animal to the hunter for searching and retrieving.

They were brought to the USA in the 1950s, possibly by the military. This makes sense as they would make good military companion dogs. In the 1990s some more puppies were brought over for breeding purposes, believed to be the majority source of American Kai Ken dogs. Similar to the Shiba Unu, Kai Ken are seen as an even gentler cousin of this lovely dog.

Physical characteristics of the Kai Ken

A medium sized dog, Kai Ken are great hunters, but they do not necessarily look ferocious. Their nickname of Tiger Dog comes in part from their striped coat. This coat, however, has stripes (known as brindle) which are more merged than the stark stripes of a Bengal tiger. Their coat can be a range of shades from rusty to almost black (there is usually some striped markings, even if quite faint). However, these dogs aren't born with their stripes as puppies, but develop them as they grow.

They are double coated, with a rougher overcoat of medium length hair and shorter length, but softer undercoat. They shed their coat twice a year and will require more brushing during shedding. Otherwise, once a week or so should suffice when it comes to grooming.

Kai Ken have smallish eyes which sit in the center of their skull. They are square shaped and have prick ears, likely due to their need to listen out for prey. While they may have physical characteristics to look out for prey, they are also divided into two types which look like prey. The Shika-Inu-Gata is a type of Kai Ken with a slender body and a fox-shaped head. The other type has a slightly stockier body, but with a bear shaped head. It is known as Shishi-Inu-Gata.

Their tapered muzzles come down into a, usually, black colored nose. They have sharp teeth which can provide a vice-like grip, perfect for hunting. Both types of Kai Ken are agile and strong, although the Shishi-Inu-Gata has a more pronounced musculature. Their heads are wedge shaped and have pronounced ears. Their tails are bushy and fox like in themselves, carried slightly aloft in a 'c' shape.

The Kai Ken's agility and strength make it a great hunter and have even been known to climb trees in order to reach their prey. This makes them quite acrobatic, although they are not always the best at learning tricks. Their claws need to be trimmed, especially if you have children in the family. As much of a blessing as these physical characteristics of the Kai Ken can be, we also need to look at its temperament to understand which type of person would make a good owner for them and what home life they should have.

As they are a working dog, a hunting dog specifically, they have a certain amount of energy which needs to be directed in the right area. They are very intelligent and loyal, developing close bonds with its human companions. However, they can be intimidated by strangers and will not necessarily enjoy interactions with them when out walking. They are similarly reserved with other dogs, but unlikely to be aggressive towards them.

Their loyalty and reserved nature can also make them quite stubborn, but this is only likely to be a problem if they are insufficiently trained. They develop very strong bonds with their master, which can be problematic. However, they also make a good family dog. They should never be left unaccompanied with young children, as is the case with any dog. If you have children and want to make them part of the family, they need to be socialized ASAP. This socialization needs to be carried out with other pets, family members and to be encouraged with strangers, even if they are hesitant. They are inquisitive and respond well to changes in their environment. This makes them good watch dogs, but also means they might take alien sounds or sensations as intruders.

Once the Kai ken has been socialized, however, they will make a great family pet. However, their training and exercise regimen needs to be kept consistent, otherwise they can revert back to ill-discipline. They don't have an anxious deameanor and their temperament is level when engaged. As long as they get the right amount of exercise (a 30 minute walk a day minimum), they will make wonderful home companions.

There are no particular health issues associated with the Kai Ken, but it needs a balanced diet and a decent amount of exercise to sustain a healthy life. They should be checked for ticks and they might be susceptible to heartworm, but not particularly so.

Kai Ken in particular need to be trained from the get go. This is one of the many important reasons you need to ensure you get your dog from a reliable breeder. Those early days are very important and being born into a caring, yet disciplined environment will mean the Kai Ken's natural stubbornness can be reduced. This stubbornness can mean that they will not always respond to commands at first, but this is where training comes in.

As hunting dogs, they are more interested in tracking and hunting than in performing tricks, but this can be done with patience. Their intelligence, however, makes them fast learners. The only way to train a Kai Ken is with positive reinforcement. Although they are very loyal, they will not respond well to harsh discipline. They also won't respond to overly repetitious training, so you will need to mix it up when working with Kai Ken.

They are agile, strong and great swimmers. They are wonderful dogs to take out on mountain walks and hikes, although only after training. This is because they can be inquisitive. However, if you have bonded and mastered the basic commands with your Kai Ken, then they should heel if they run after a woodland creature. At least provide the basics of 'come', 'heel', 'sit', 'stay', 'leave' and 'down'. Kai Ken can be walked off the leash, but only after training. If you have walked them off the leash before, but not for a while, then you should be careful reintroducing them to the practice.

Training and caring for your Kai Ken are interlinked. You will not be caring for them by giving them too many treats and not providing them with the physical and mental stimulation they need. They should be a pet for an active owner who has a large enough household. They are medium sized, so small apartments will not usually suffice.

They will need brushing once a week or once a day when shedding, which happens twice a year. They can get ticks in the summer, so check after any walk around high grass.

You can feed an adult Kai Ken once a day, but two smaller servings are usually best. Do not give too many treats and limit human food. Puppies need 4 meals a day up to 12 weeks, 3 meals up to 6 months and 2 meals up to one year. They can eat fruit, vegetables and eggs, but should not eat many of them. Quality dog food will provide for your healthy working dog, but there may be some trial and error as their stubbornness can make them choosy when it comes to diet.

Although they are used to colder mountain climates, Kai Ken need to have a warm place to sleep away from drafts. They can sleep with people or other dogs, but only if socialized and you should not let medium dogs sleep in your bed.

Unless you are a breeder, Kai Ken dogs need to be spayed or neutered by the age of 6 months old. They will need al necessary shots, most likely the 5-in-1 shot. However, this can depend on the area you live so always make sure you check with your vet when administering shots. 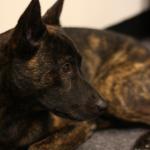 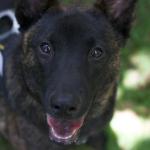 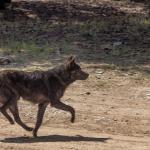 Australian Terrier
Beauceron
Bedlington terrier
Pinscher miniatura
Related articles
New
Pulmonary Hypertension in Dogs - Symptoms, Causes and Treatment
New
Causes of Swollen Lymph Nodes in My Dog's Neck
New
Can Dogs Eat Papaya?
New
Enrofloxacin for Dogs - Dosage, Uses and Side Effects
New
What to Do if Your Dog Hates You
New
Types of Scottish Dog Breeds
New
How to Introduce Your Dog to a New Dog
New
Blood In My Dog's Eye

Upload a picture of your Kai Ken

Administrador AnimalWised
06/09/2019
We do too! As we do with these other Japanese dog breeds: 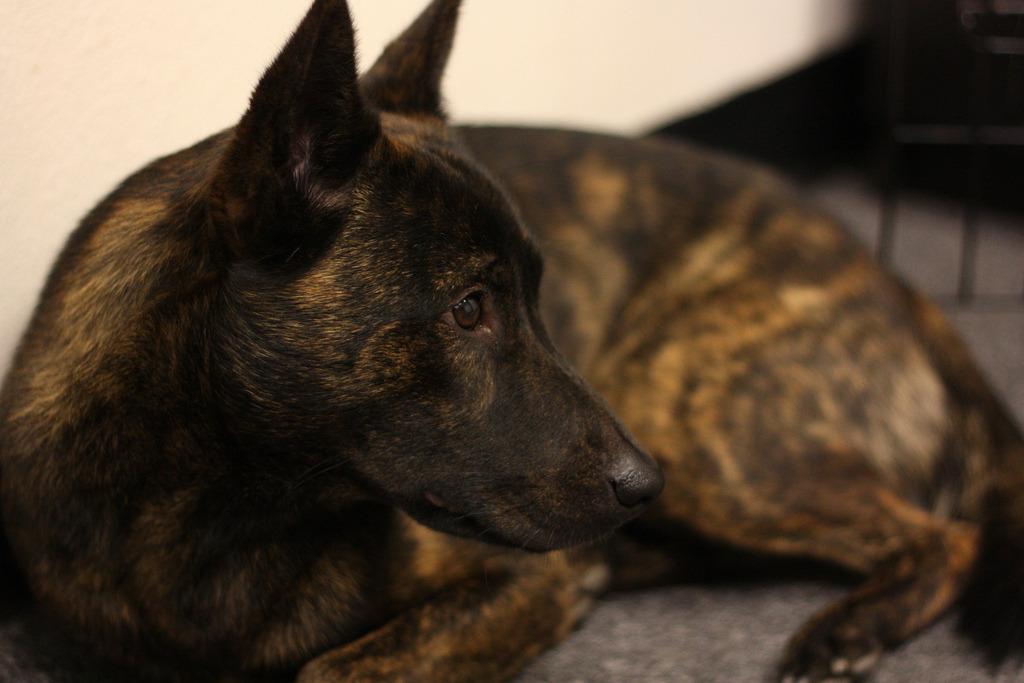 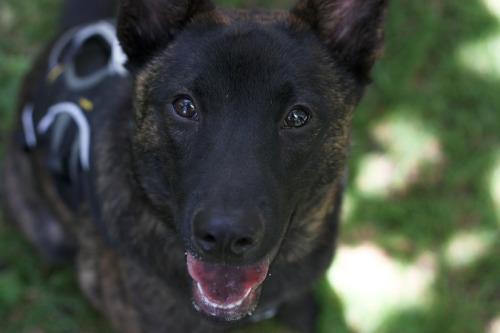 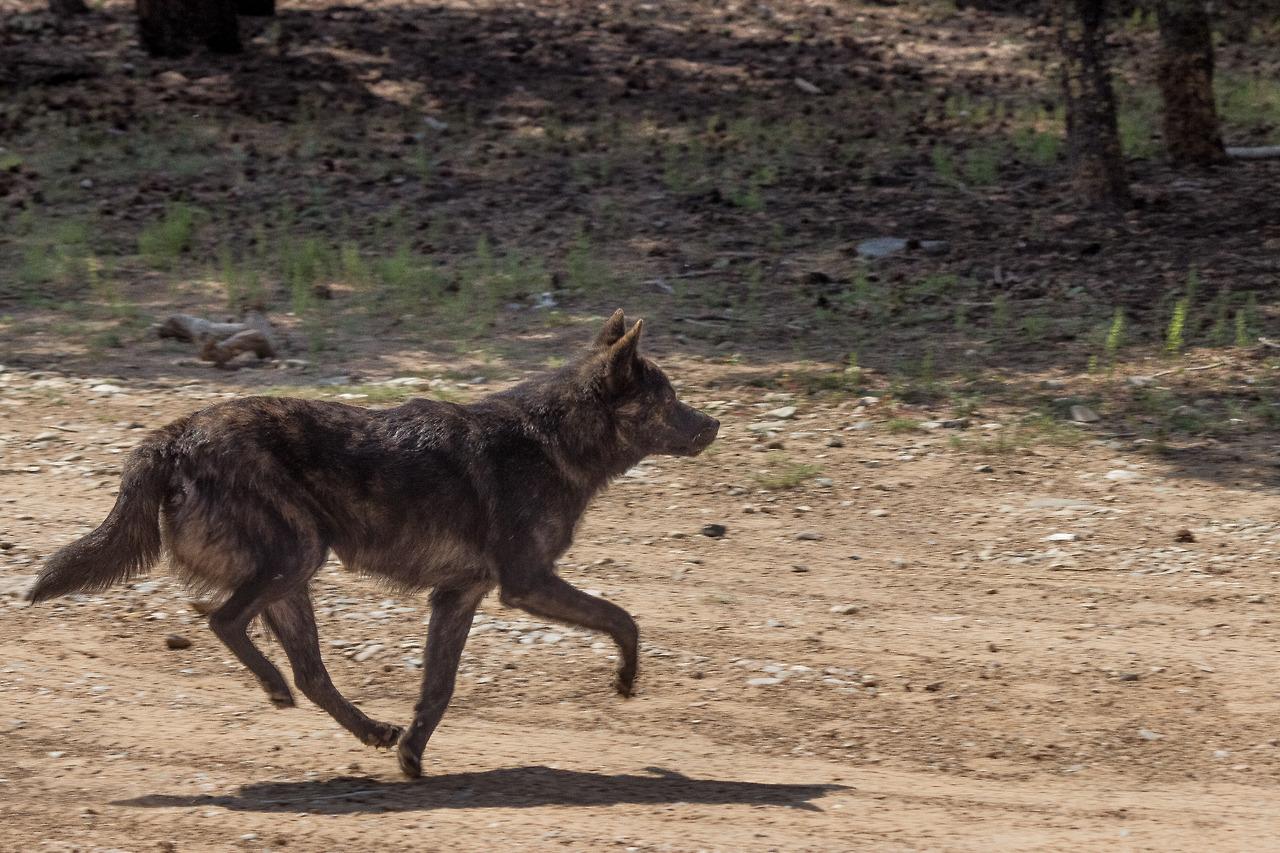