Is My Male Dog in Heat? - Sexual Maturity in Canines

By Eduarda Piamore, Expert in canine and feline psychology, education and training.. June 5, 2019

If we say that a dog is in heat, many of us know that it has something to do with their sexual maturity. If we have dogs of our own, then we may associate it with problematic behavior they exhibit during this time. However, many people apply the term ‘a dog in heat’ to male dogs also. But does the same term apply? Is your male dog in heat? While the two circumstances are very much related, there are some clear distinctions which should be made between the two.

AnimalWised explains the difference between sexual maturity in male and female dogs. We also explain some of the characteristic symptoms and behaviors which help us to understand what to do during this time.

What does it mean when a dog is ‘in heat’?

To understand whether a male dog can be in heat, we need to define our terminology. Female dogs reach sexual maturity between the ages of 6 to 12 months, although some larger breeds may take up to 2 years. The length of time it takes to reach puberty depends on different factors, including breed, health and the individual. Once they are sexually mature, their estrus cycle begins.

The estrus cycle in female dogs goes through four main stages which usually lasts between 2 to 4 weeks. This cycle is:

When the bitch is in her estrus phase of her estrus cycle, this is when she is said to be in heat. Her behavior at this time is dictated by her need to mate. She can grow very frustrated, leading to problems. She may rub herself on the ground, become destructive, grow more vocal or even aggressive. Most female dogs will go into heat an average of twice a year, but this can vary somewhat.

It's important to note that female dogs do bleed, but they do not menstruate. Menstruation comes from the egg not being fertilized, but a bitch will bleed in heat regardless.

Do males go in heat?

As with human females, the heat cycle for bitches is due to the maturation of eggs and their receptiveness for mating. Male dogs do not produce eggs and are not as limited to a cycle in the same way as females. Male dogs are more opportunistic and have a higher drive. This is the reason male dogs do not go into heat.

The reason why some believe that male dogs go into heat is due to their erratic behavior when they sense a female in heat. They do undergo hormonal changes when they smell the pheromones given off by the female. This is a natural behavior designed for procreation and the continuation of the species. In the wild, male dogs will compete for the opportunity to mate with the female. Since domestic dogs do not live in packs in the same way, it can lead to issues.

When a male dog is sexually active and senses a female in heat they may display the following behaviors:

The above behaviors will vary according to the individual. It will depend on the levels of hormones released, something which can differ due to genetic or other reasons.

As we state above, male dogs do not have an estrus cycle and do not go into heat as females do. Bitches will go into heat around twice a year, but male dogs can be sexually active throughout the year. There may be times when they are more likely to display symptoms such as territoriality, particularly when they sense a female in heat. Male dogs will enter into a period of peak reproductive activity when they perceive the female's odors produced by the estrus cycle.

However, pheromones are not the only influence on a male dog's sexual activity. Climate might also play a part in a male dog's peak sexual activity. In colder seasons, the dog's body needs to conserve its energy. The dog may reduce problematic behavior as they focus on survival. This does not mean males dogs won't behave problematically in winter. It will also depend on where they live as some climates are temperate year round. In general, however, the heat period for dogs will intensify during spring and summer.

How to prevent inappropriate sexual behavior in dogs

It is difficult to say whether a dog's sexual behavior is inappropriate. The problem is that we have domesticated canines. If the dog was in the wild, they would be able to play out their sexual activity in a natural way with other members of their species. Because we keep dogs with us in the family, we need to take care of their needs, but this can be difficult when they reach sexual maturity.

Part of the problem is that animal shelters already have a heavy strain with unwanted dogs. Unscrupulous breeders and negligent guardians will breed the dogs to the point of a surplus. Many people think they can take on the responsibility of looking after a dog, but then abandon them when they cannot meet this responsibility. Approximately 3.3 million dogs enter the shelter system in the USA alone[1]. While many employees and volunteers work diligently to rehome these animals, around 870,000 of these dogs are euthanized.

Fortunately, while this number is still too high, it has been going down. Part of the reason for this is due to the intensive campaigns to spay and neuter pets. Unwanted pregnancies, however, are not the only benefit of sterilizing pets.

Drugs can be used to prevent the estrus cycle or reduce sexual behavior. However, they are temporary, not as effective and may have unwanted side effects. Neutering is much more effective and has the following benefits:

Some claim that neutering can lead to obesity in dogs. However, if you exercise them properly and provide an appropriate diet, there is no reason they can't be healthy and happy.

If you want to read similar articles to Is My Male Dog in Heat? - Sexual Maturity in Canines, we recommend you visit our Heat category.

Is My Male Dog in Heat? - Sexual Maturity in Canines 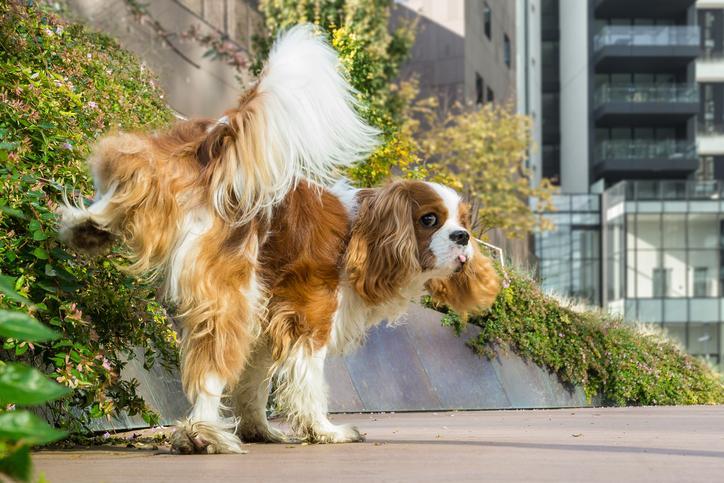 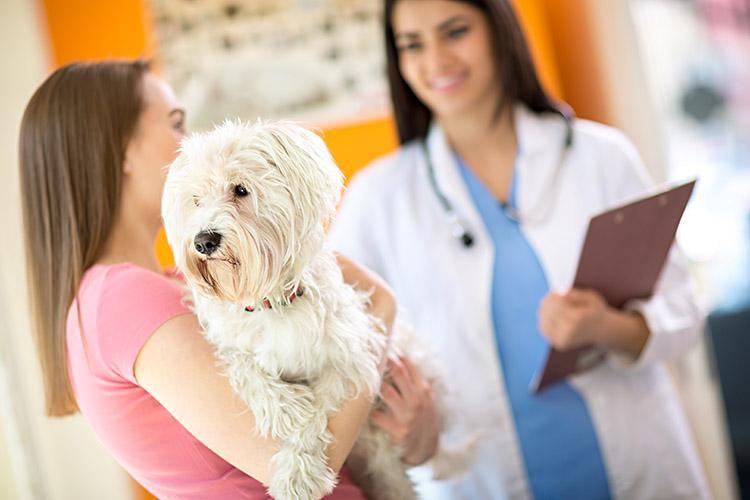 1 of 4
Is My Male Dog in Heat? - Sexual Maturity in Canines
Back to top