As you probably know, 70% of our planet is covered in water. Despite this, marine life is still a relatively mysterious and unexplored area for most people. Research is constantly being carried out by scientists in various fields to try to reach a better understanding of the unusual animals that live out their lives in water.

You may also be interested in: Top 10 Weirdest Deep Sea Fish
Contents

The killer whale or Orca (Orcinus orca) is an aquatic mammal that inhabits different oceans around the planet. Despite the name, killer whales are actually a type of dolphin, and are the largest of the species. They travel and hunt in groups of around 5 to 20 individuals, called ‘pods’.

Orcas have a robust and hydrodynamic body, with a dorsal fin that can measure up to 1.8 meters. This body structure is what allows them to move fast through the water. There are differences in body size - and, therefore, swimming speeds - between males and females. Killer whales have reached recorded speeds of 55 kph (34 mph), earning them a place in our list of the 10 fastest sea animals.

The Atlantic tarpon (Megalops atlanticus) is a fish found in coastal areas of the Caribbean Sea and the eastern Atlantic Ocean. They are large fish, measuring up to 2 meters.

Tarpons have a dark blue back and silver sides, with a forked caudal fin and long dorsal fin. Their most distinctive feature is what is called a ‘swim bladder’, which allows them to take in oxygen directly form the air, making them well adapted to oxygen-poor waters. Tarpons are able to swim at speeds of up to 56 kph (35 mph).

Flying fish belong to the Exocoetidae family, and there are different species found in tropical and subtropical marine habitats all across the planet. They are characterized by their rigid bodies, pectoral fins and forked tails, all of which allow them leap out of the water and ‘fly’ or glide in the air over short stretches. Flying fish a small specimens, that do not grow to more than 30 centimeters.

A flying fish's caudal fin can vibrate at 50 times per second. Their average speed is around 30 kph (19 mph) when leaping through the air, although some four-winged flying fish can reach speeds of 70 kph (43 mph). These speeds, along with their unique flying abilities, help them to escape predators at sea.

These fish tolerate various temperature changes, having the the ability to dive underwater up to 900 meters. They are a large species, reaching 2-3 meters in length and weighing around 250 kilos. Despite their size, the bluefin tuna - along with their close relatives the yellowfin tuna - are among the fastest sea animals. They are known for burst swimming speeds reaching 64-72 kph (40-45 mph).

The blue shark (Prionace glauca) is a species of shark characterized by its long, slender and streamlined body. It has two elongated and pointed pectoral fins, a cone-shaped snout, and distinctive large black eyes. It gets its name from the dark blue coloring of its back.

The blue shark inhabits temperate and tropical oceanic waters, where it is able to dive up to 350 meters deep. As for its speed, the blue shark can swim at up to 70 kph (43 mph)

The dolphinfish (Coryphaena hippurus), also known as Dorado or mahi-mahi, is a species found in different seas and oceans around the world. They inhabit both tropical and subtropical waters, in shallow areas between 5 and 10 meters deep.

These fish are characterized by their prominent forehead (especially in males) and known for their beautiful blue-green and golden metallic coloring. Mahi-mahi have sleek and compressed bodies, along with forked tails that allow for faster swimming. These fish have been shown to reach the impressive speed of 93 kph (57 mph).

The Wahoo (Acanthocybium solandri), is a fish found in the Atlantic, Indian and Pacific oceans, as well as in the Caribbean and Mediterranean seas. It is long and thin, with a pointed head and bright blue coloring on its back.

Wahoo can grow up to 2.5 meters long and are one of the fastest sea animals. They can reach swimming speeds of up to 96 kph (60 mph).

Marlins are fish belonging to the Istiophoridae family, which contains several species including the white marlin, stripped marlin or Atlantic blue marlin. They are characterized by their slender bodies and elongated sword-like snout.

These species inhabit the temperate and tropical waters of the Atlantic, Pacific and Indian oceans. Marlins are among the fastest animals in the sea, reaching speeds of up to 105 kph (65 mph).

The sailfish (Istiophorus albicans) belongs to the same family as ,marlins, although it is distinguished by its prominent sail-like dorsal fin, from which it gets its name. Sailfish have an aerodynamic and muscular body, along with a rigid tail that allows them to propel itself forward. Their dorsal fin, in fact, acts like a sail, helping them to cut water as they move.

Sailfish can measure up to 3 meters and weigh 90-100 kilos, making them quite a force to be reckoned with. They have long been considered the fastest sea animals in the world, with estimated sprint speeds of up to 110 kph (68 mph). However, recent studies suggest that a more realistic estimate of sailfish speed is at around 50 kph (34 mph)[1]. It is still possible that they reach higher speeds when burst swimming, although this has not been demonstrated.

The Shortfin mako shark (Isurus oxyrinchus) is a type of shark found in the offshore temperate and tropical waters of the Pacific, Atlantic, and Indian oceans, as well as in the Mediterranean and the Red Sea. Their low biological productivity, and the fact that commercial fishing affects their populations and habitat, mean that shortfin makos are currently an endangered species.

They are highly streamlined animals, with great muscular power, which allows them to to leap out of the water to a height of up to 6 meters. The mako shark is another contender for fastest aquatic animal in the world, with estimated speeds of up to 124 kph (77 mph). It is definitely the fastest of the shark species, with a more realistic estimate of bursts of speed reaching 68 kph (42 mph).

If you want to read similar articles to The Top 10 Fastest Sea Animals, we recommend you visit our Facts about the animal kingdom category.

It is possible, but since they would be undiscovered there is no possible way of knowing. Much of our oceans remain a complete mystery. 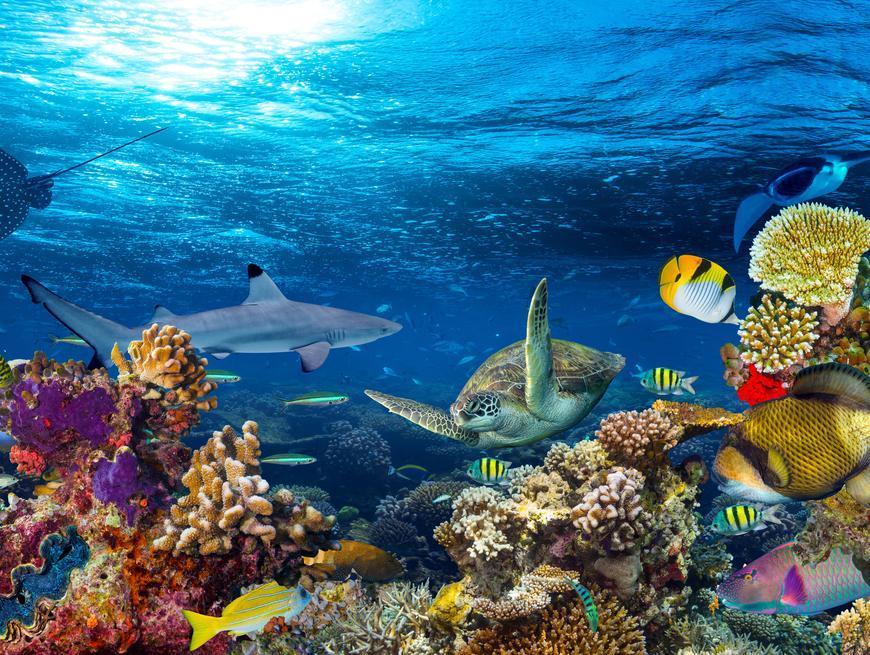 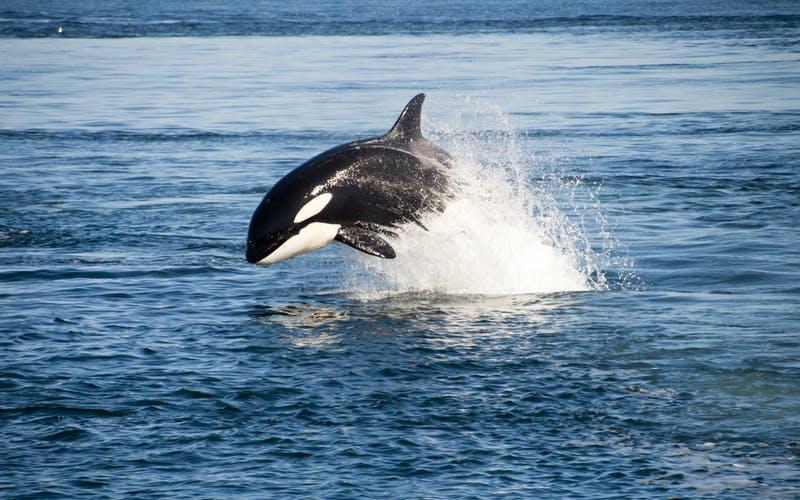 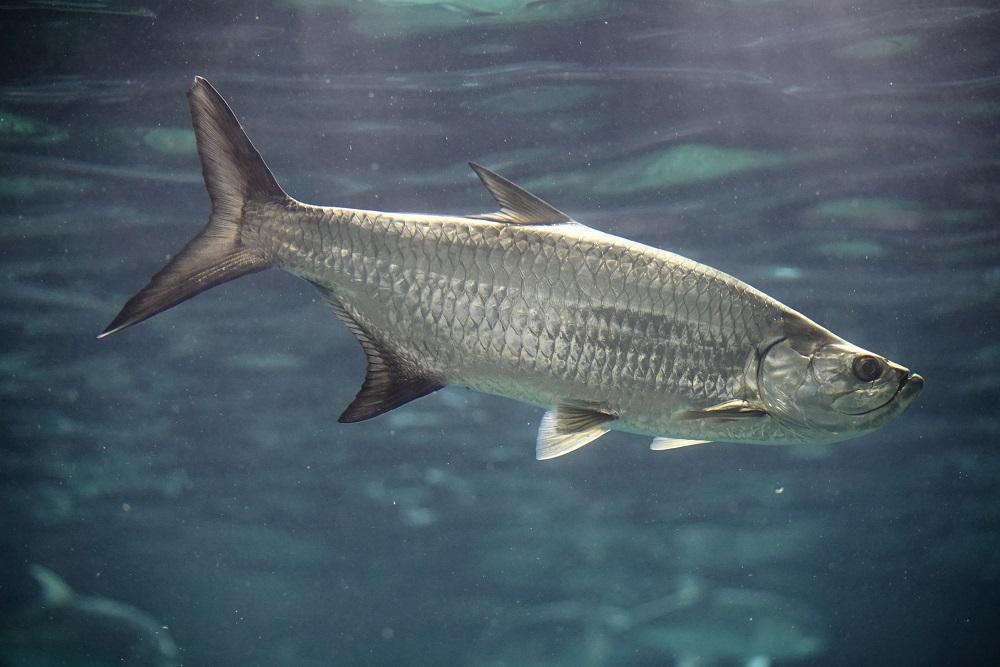 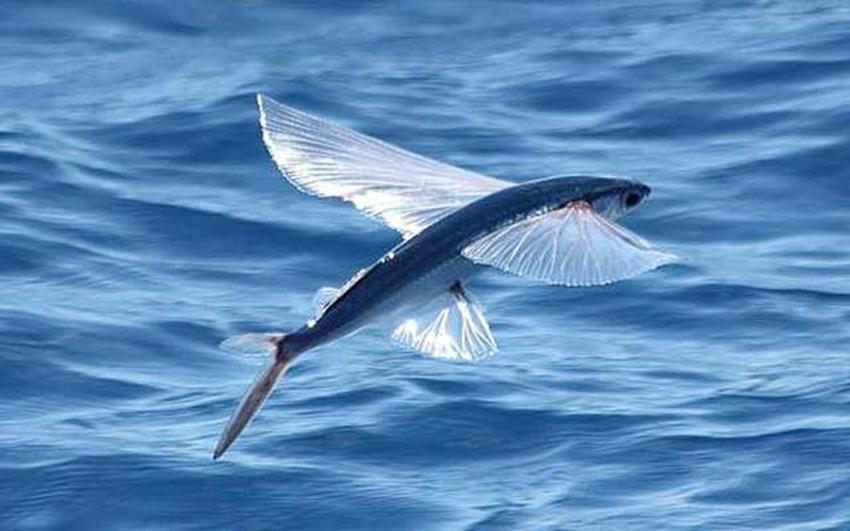 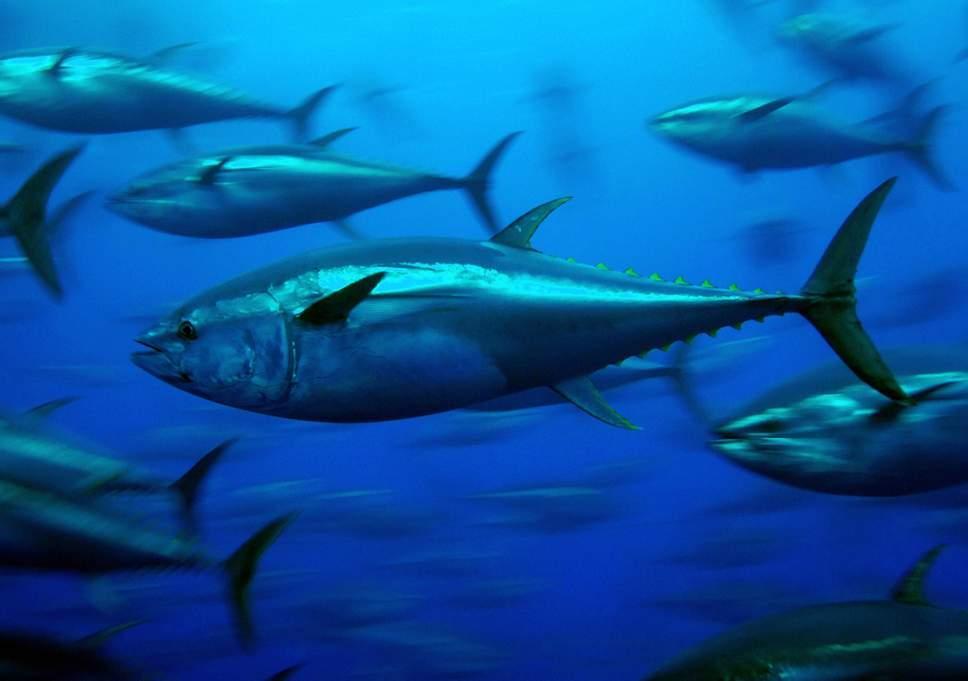 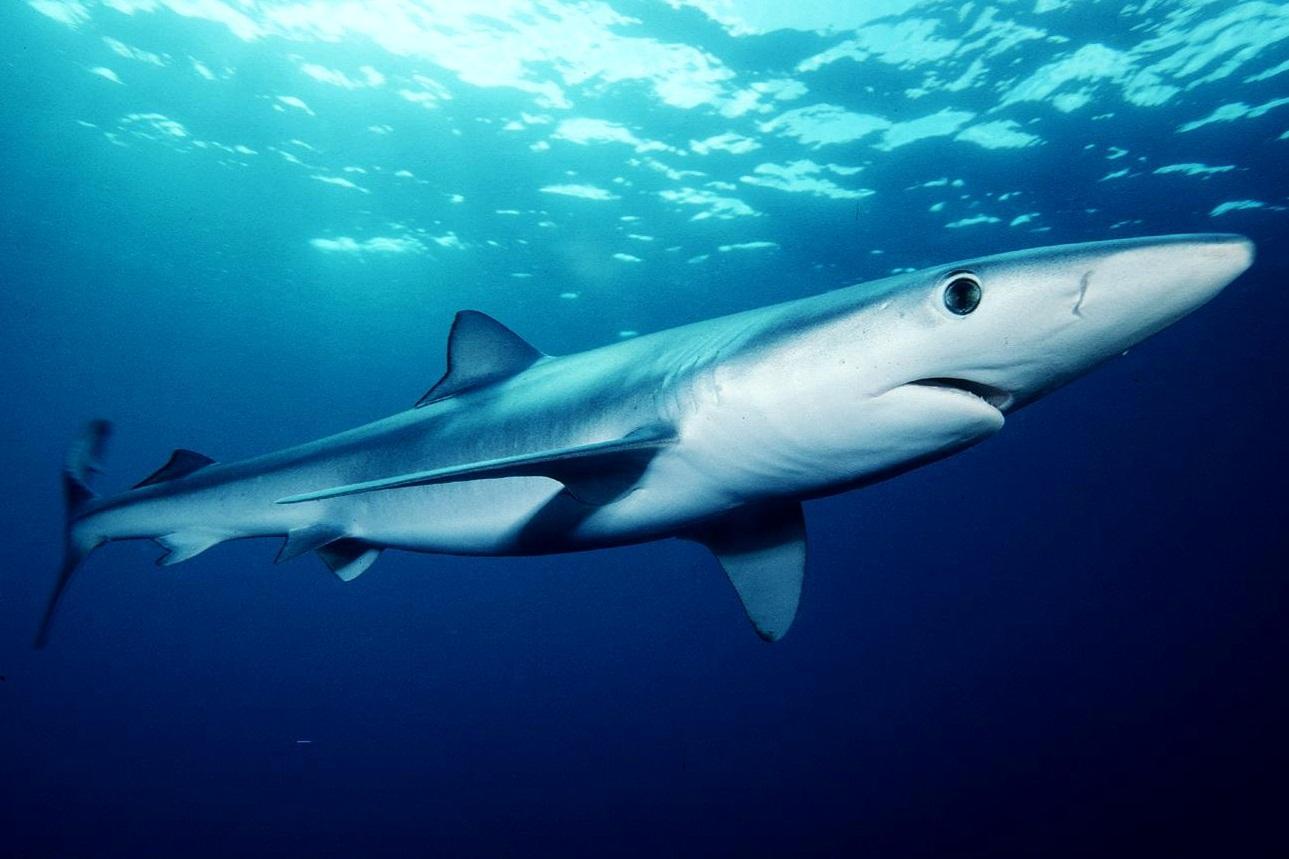 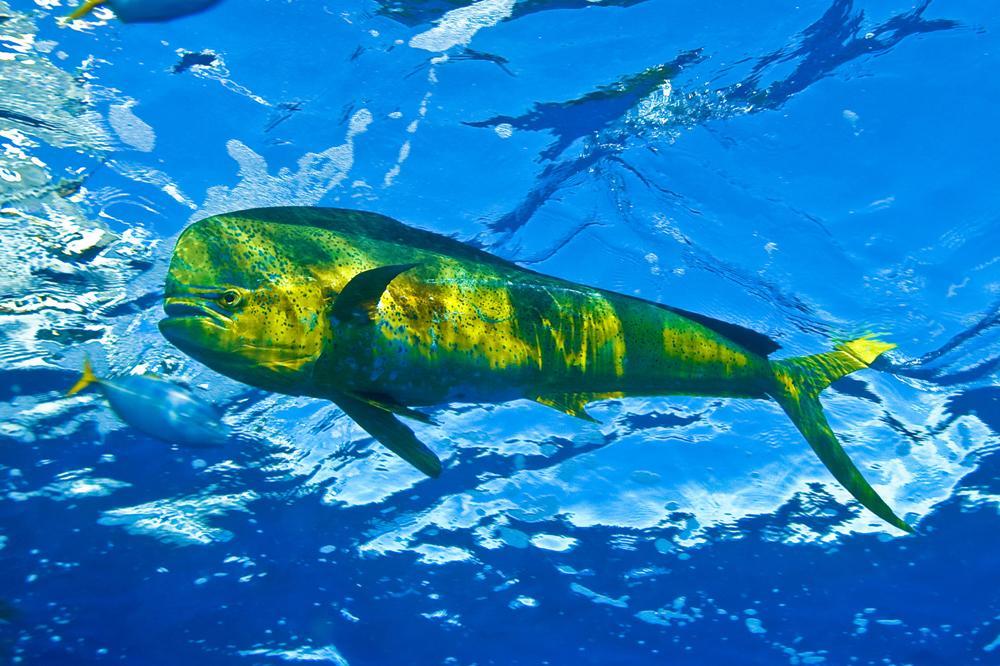 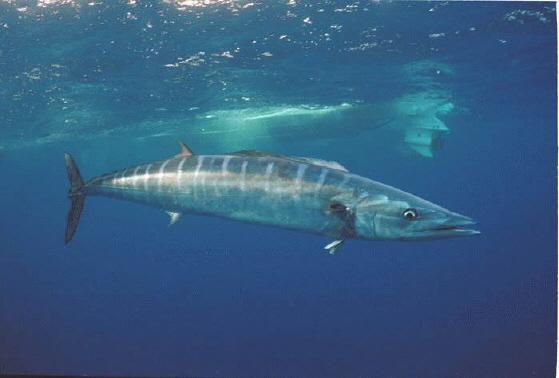 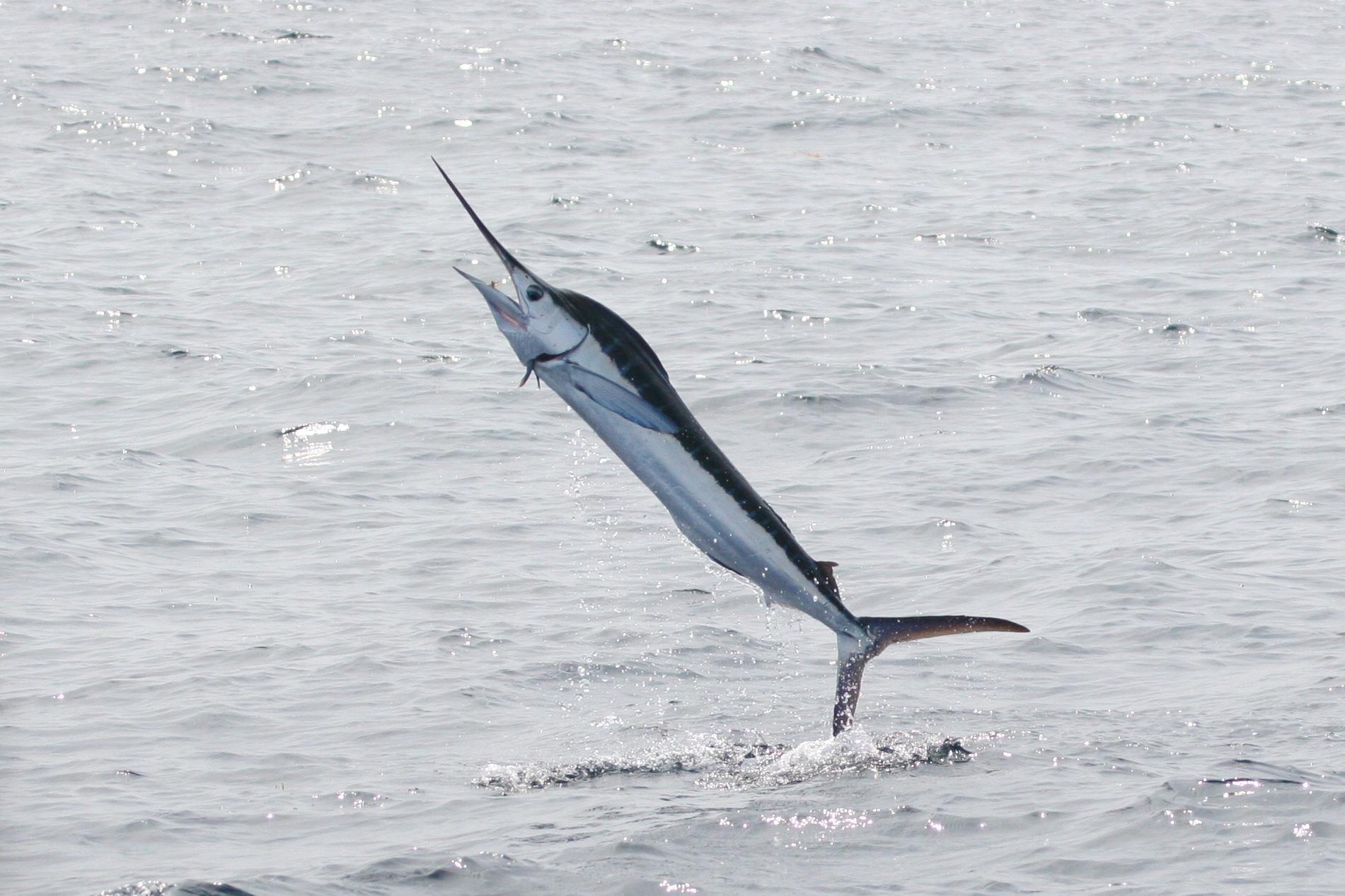 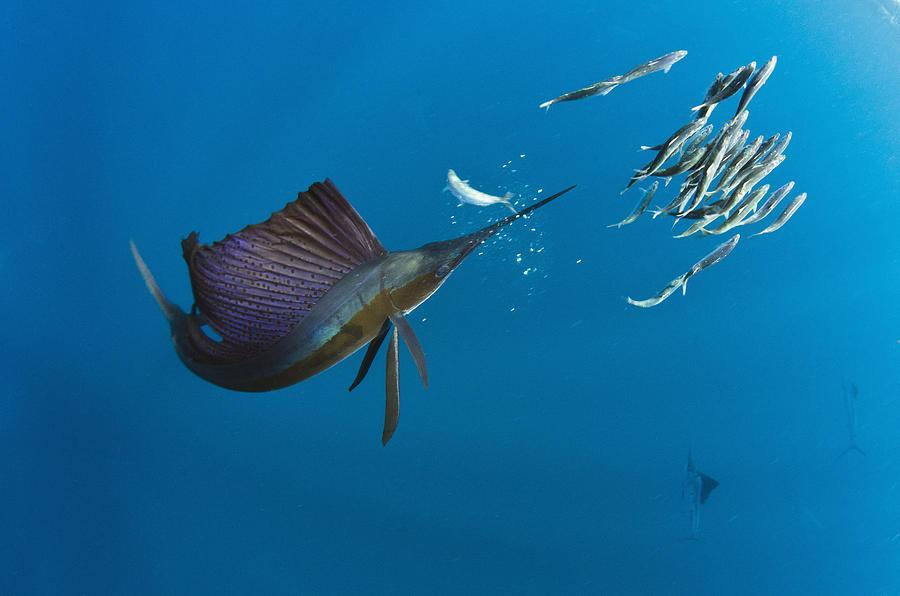 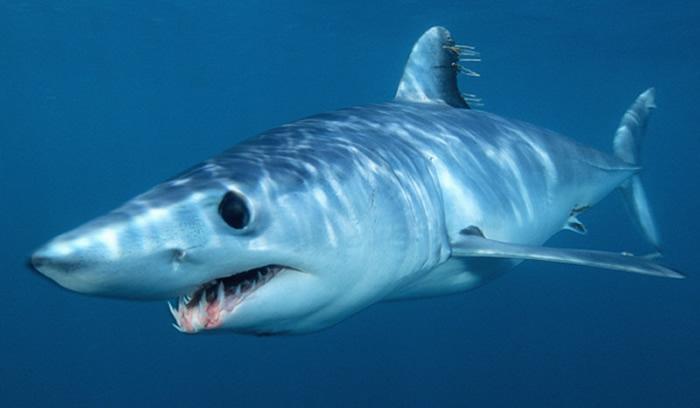