By Nick A. Romero, Biologist and environmental educator. January 24, 2023

The animal kingdom is full of wonderful parents who care for their offspring. Most animals, including humans, depend on the care of their parents during the first days, weeks, and even years of their lives in order to survive. However, there are many species of animals that must care for themselves from day one because their parents abandon them even before they are born. In other words, we are referring to the worst parents in the animal kingdom, the worst from the human point of view of course. Remember, there are many different relationships in the animal kingdom that have evolved to ensure the survival of the species, and all of them are valid.

Continue reading this AnimalWised article to learn which are the worst parents in the animal world.

You may also be interested in: Glow in the Dark Animals
Contents

Depending on the species, sharks may be ovoviviparous like the basking shark (Cetorhinus maximus), oviparous like the horn shark (Heterodontus francisci), or viviparous like the great hammerhead (Sphyrna mokarran). In all cases, the young are neither protected nor cared for by their parents after birth. When the eggs or young leave the mother's body, they move away and have no further contact.

You may be interested in this other article, where we talk about who are the biggest sharks in the world.

Another group of animals that do not care for their young are the butterflies. These winged insects reproduce sexually and by internal fertilization. After mating, the female stores the sperm until she finds a suitable plant to lay the fertilized eggs.

Although neither cares about the different stages that the offspring go through, the females try to choose a plant that will provide shelter for the eggs and food for the larvae after hatching. Thus, we can say that these animals abandon their young, but previously ensured their survival.

Continue reading this other article to learn more about the life cycle of butterflies.

It is characteristic of birds to care intensely and constantly for their young. However, there is one notorious exception, megapods. Megapods are also known as incubator birds or mound-builders, and bear some resemblance to chickens, but are larger.

They do not incubate their eggs, but lay them on clumps of decaying vegetation to be hatched by the resulting heat. The eggs can also be placed in shallow wells to be heated geothermally. While they do not incubate their eggs, parents remove or increase vegetation on their mounds to control the temperature. Once the chicks hatch, they come to the surface and are able to feed and fly as early as 24 hours later.

Like most lizards, chameleons do not care for their young. Most of these reptiles reproduce by laying eggs. After mating with several males, the female digs a hole in which she lays the eggs. Once this is done, she leaves the eggs and incubation occurs passively, without either parent.

Within the chameleon family, only the Jackson's chameleon (Chamaeleo jacksonii) gives birth to young instead of laying eggs. However, at birth the young are fully developed and ready to be independent, so their parents do not care for them either.

You may be interested in this other article about how chameleons change the color of their skin.

Snakes have various forms of reproduction, although they all have internal fertilization. Some, such as pythons, are oviparous, while rattlesnakes are ovoviviparous and boas are viviparous. Snakes are among the worst animal parents, as they do not care for their eggs or young.

Nevertheless, we have found exceptions in pythons and the king cobra (Ophiophagus Hannah), which do not leave their eggs until they hatch.

Continue reading this other article on snake locomotion to learn more about these fascinating animals.

Corals are animals that belong to the group of invertebrates and live in the sea. Like all animals, corals reproduce sexually (by releasing sperm and eggs), but also asexually (by cuttings as in a plant). In sexual reproduction, fertilization occurs when male and female reproductive cells meet. This can occur in two ways: Externally (sperm meet eggs in open water after being expelled from polyps) or internally (the male polyps eject sperm that are picked up by a breeding female polyp). In both cases, fertilization results in the formation of an egg, which gives rise to a "planula larva" that travels around in ocean currents for a time before falling to the bottom. The larva then transforms into a polyp which, when it attaches to a rock, forms a new colony.

On the other hand, asexual reproduction occurs through fragmentation. If the fragmented piece, which can be called an offshoot, is in a favorable environment, it continues to grow and form a new colony, thus locally reinforcing the seabed cover.

As we can see, in both cases there is also no parental care.

Continue reading this other article to learn more about the process of external reproduction.

Ticks are a type of arachnid known to parasitize other animals such as dogs or cats, among many others. Generally, they reproduce with multiple partners at the same time. Mating takes place on the host, on whose blood they feed.

The largest ticks can lay up to 15,000 eggs. Upon settling on a host, ticks do not care about the different stages of their young (larva, nymph, and adult). In fact, female ticks usually die after they have laid their eggs.

Sea anemones are a cnidarian species with exclusively aquatic habits. They may have separate sexes or be sequential hermaphrodites, meaning they can change sex. Reproduction can be sexual or asexual. In the first case, males release their sperm, which stimulates females to release eggs, which are then fertilized. Generally, the gametes emerge through the mouth of the animal and after fusion, the egg becomes a planula that is free-living until it settles on the ground. Metamorphosis then takes place there and a young anemone is formed.

An exception is the beadlet anemone (Actinia equina), which keeps the embryos in its body until the planulae develop.

Crabs are crustaceans that are aquatic or terrestrial, depending on the species. There are more than 4,000 species of animals that are or can be called crabs. Most live near or in water, although some go into the water only to reproduce. As with the rest of the arthropods, growth requires molting of the exoskeleton, an opportunity that many species use to reproduce.

Generally, internal fertilization occurs in them when the female sheds her exoskeleton and her skin is soft so that sperm are introduced by the male to fertilize the eggs. After that, the eggs are kept in the abdomen of the mother until they develop and form the larvae. In terrestrial species, the larvae are also released into the water. After this process takes place, the young crabs are abandoned by their mother and have to survive on their own.

Do not miss this other article if you want to learn more about crabs and the different types that exist.

Mammals are characterized by spending a lot of time taking care of their young, who need their mother's milk to develop properly. However, the panda bear (Ailuropoda melanoleuca) is an exception to that rule.

On the one hand, males do not participate in the care of offspring, which is why they are among the worst parents in the animal kingdom. On the other hand, it is very common for females to have twins. In this case, the mother chooses the strongest newborn to take care of it, leaving the other one behind, which eventually dies due to lack of food. It is believed that this happens because the females cannot produce enough milk for two pups. Since they cannot adequately feed both newborns, this would be extremely costly for them and might even result in the loss of both cubs.

Continue reading this other article about the panda's diet if you want to learn more about these animals.

Other animals that are regarded as the worst parents

In the previous examples, we have seen that certain animal species abandon their eggs and newborns for a wide variety of reasons without threatening their survival. In addition to the above, here is a list of other animals that do not care for their young at birth:

Continue reading this other article on animal reproduction to learn more about the different ways animals reproduce.

If you want to read similar articles to Top Worst Parents in the Animal Kingdom, we recommend you visit our Facts about the animal kingdom category. 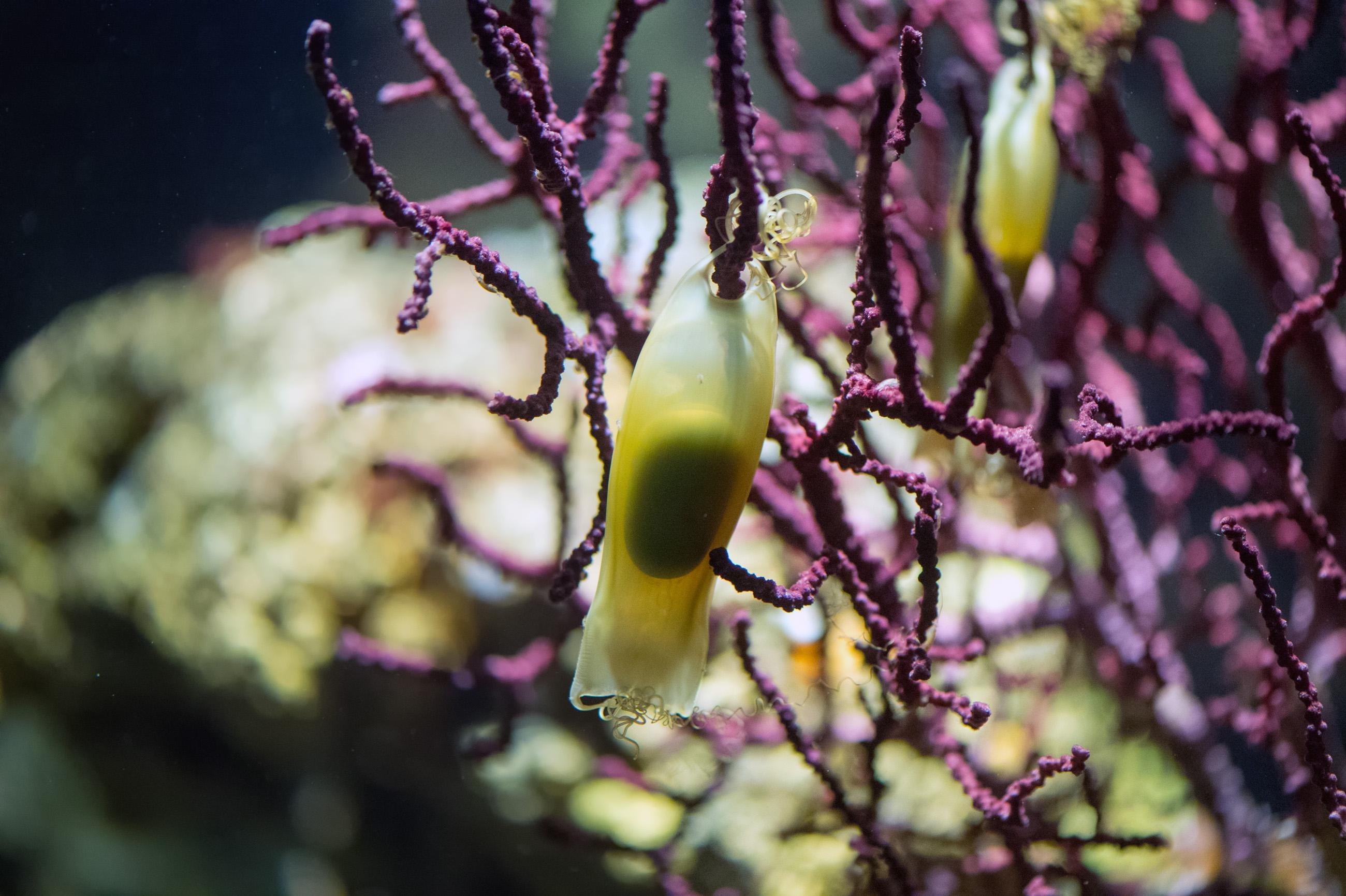 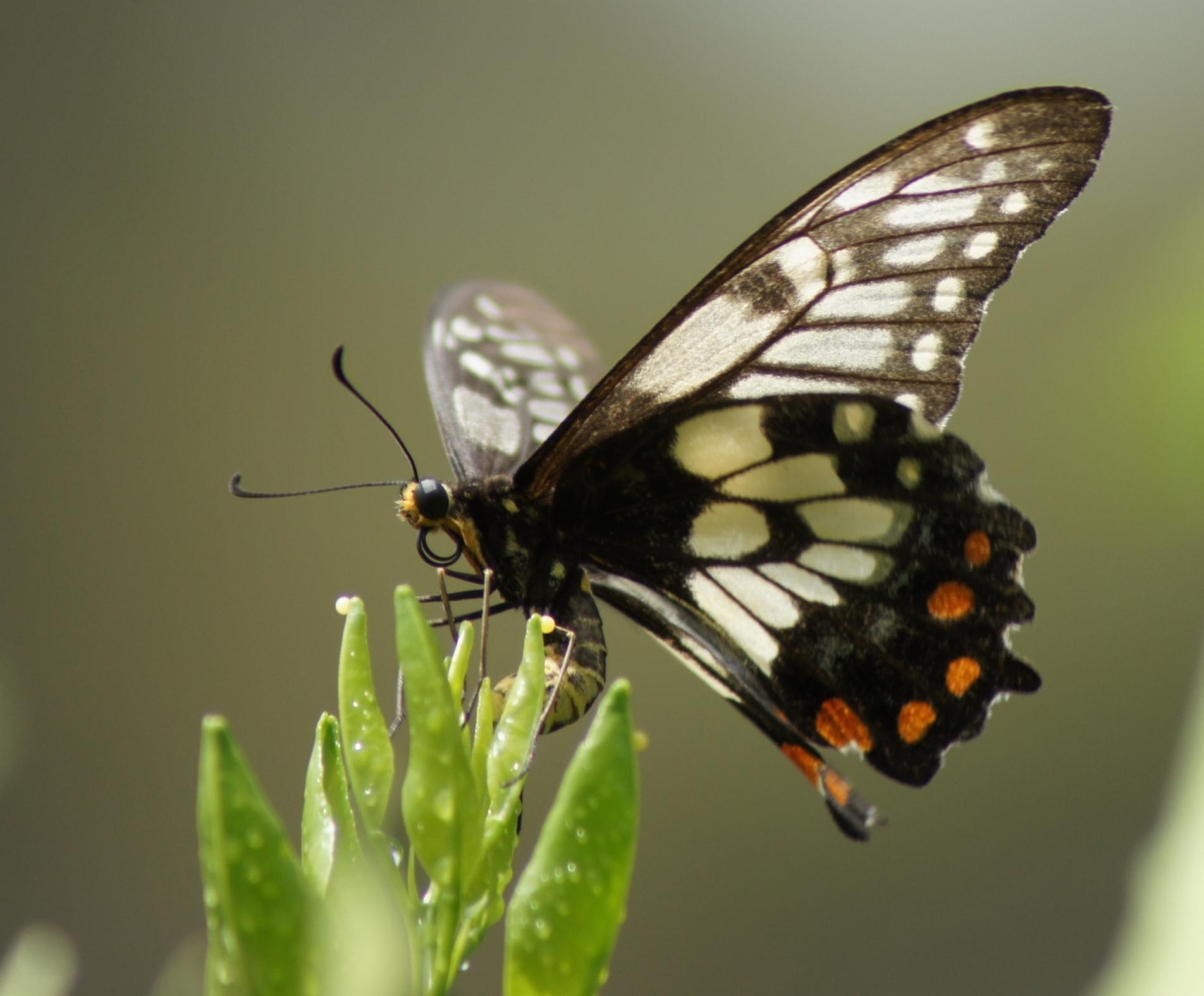 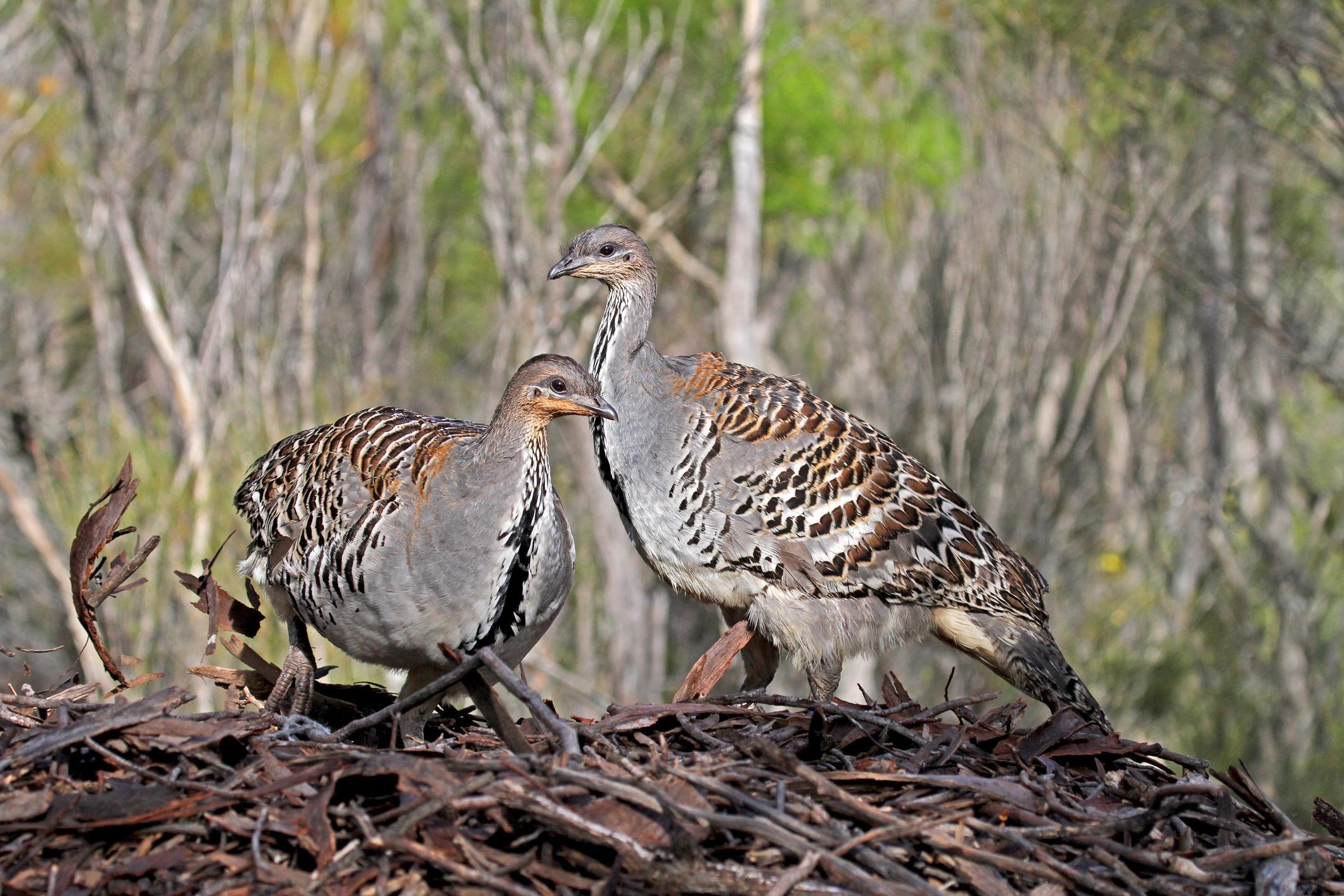 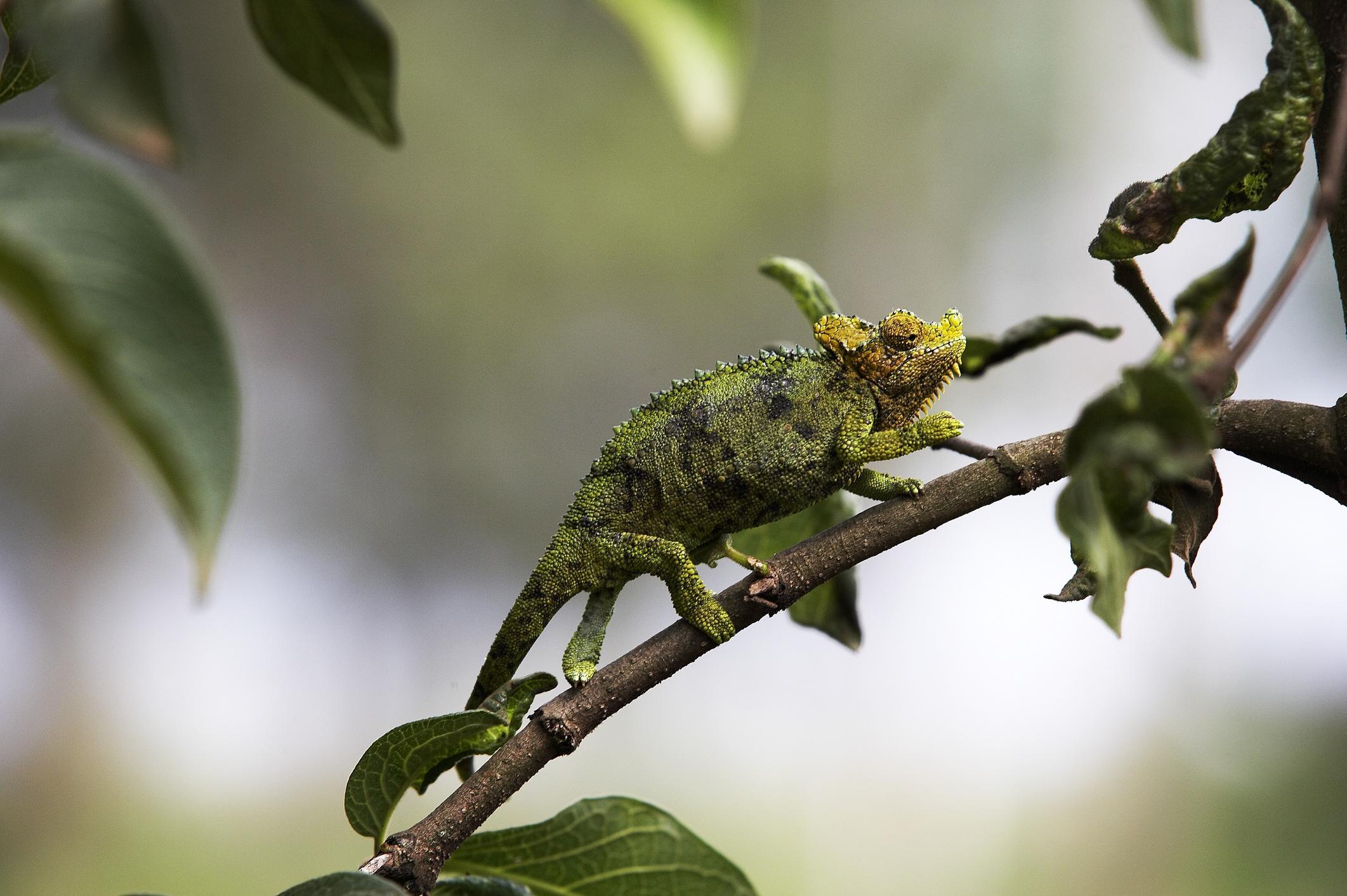 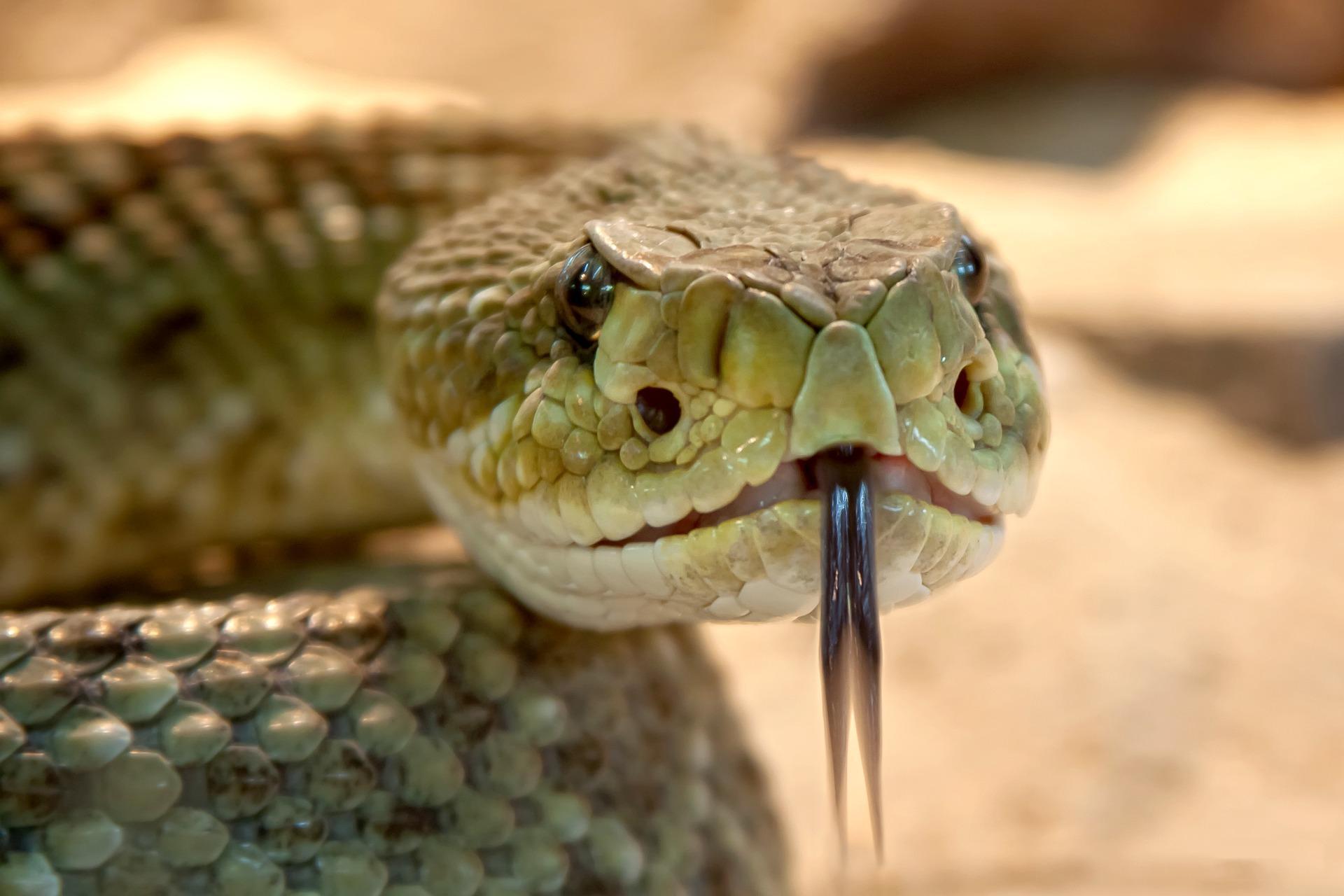 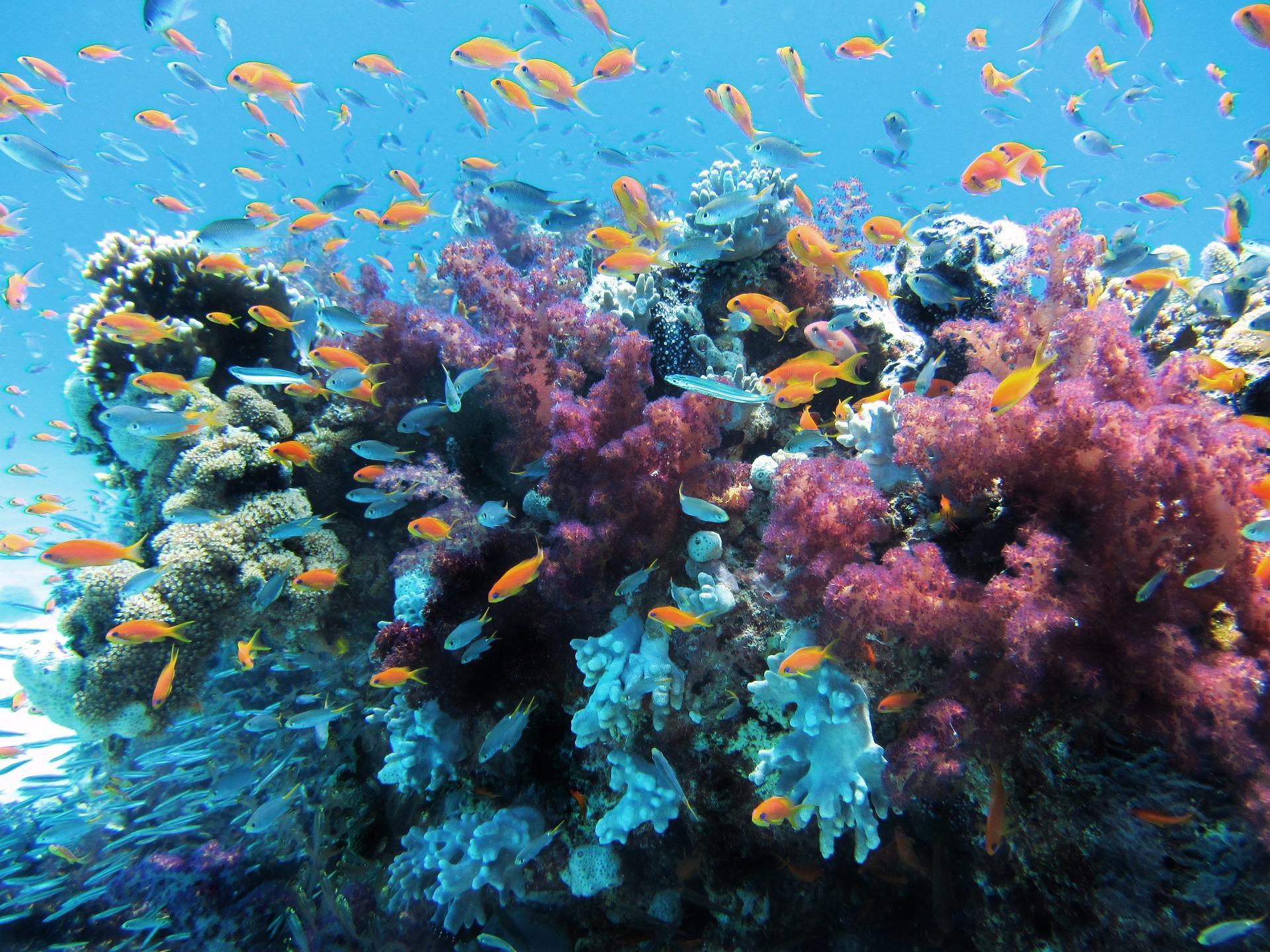 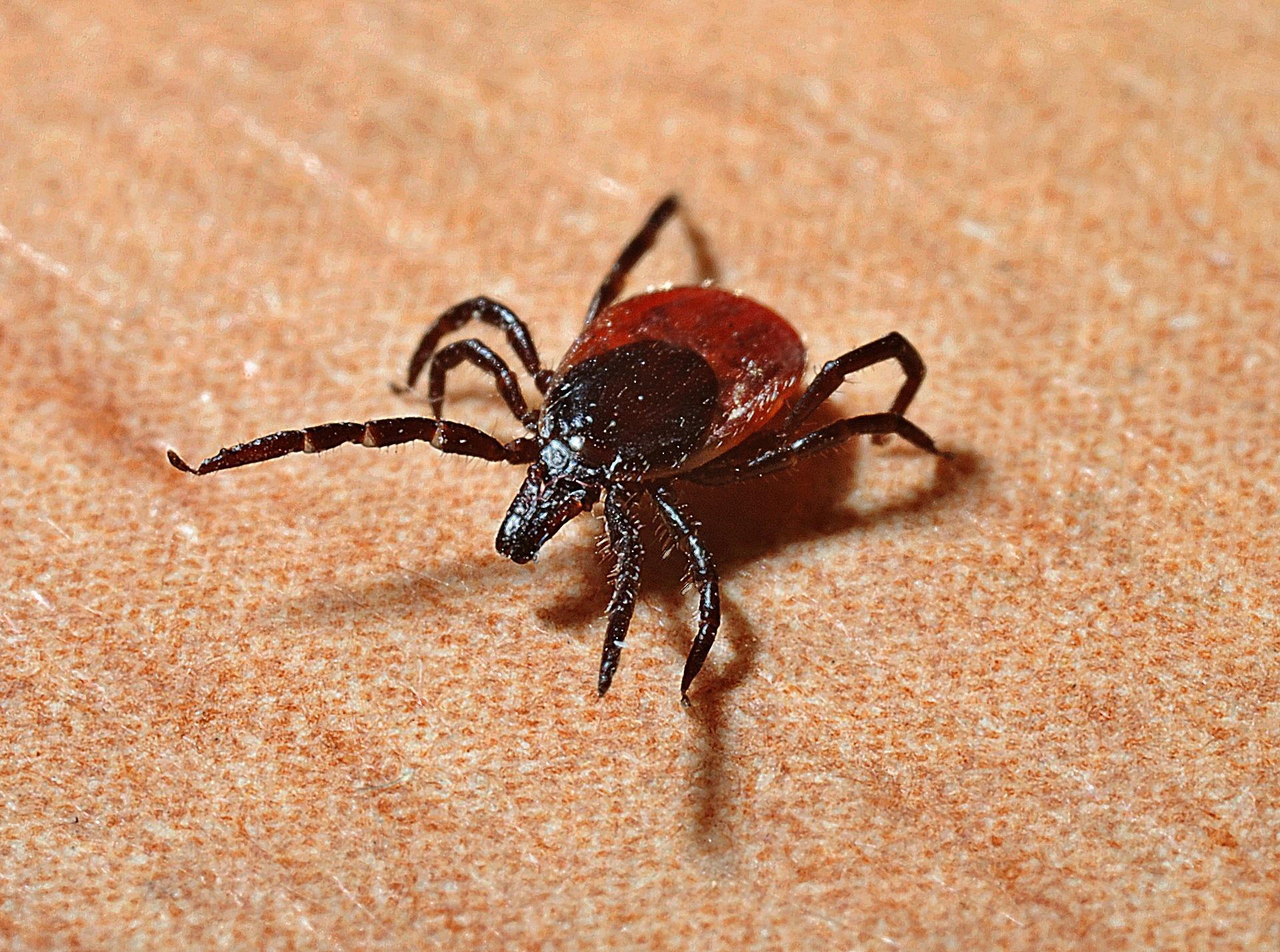 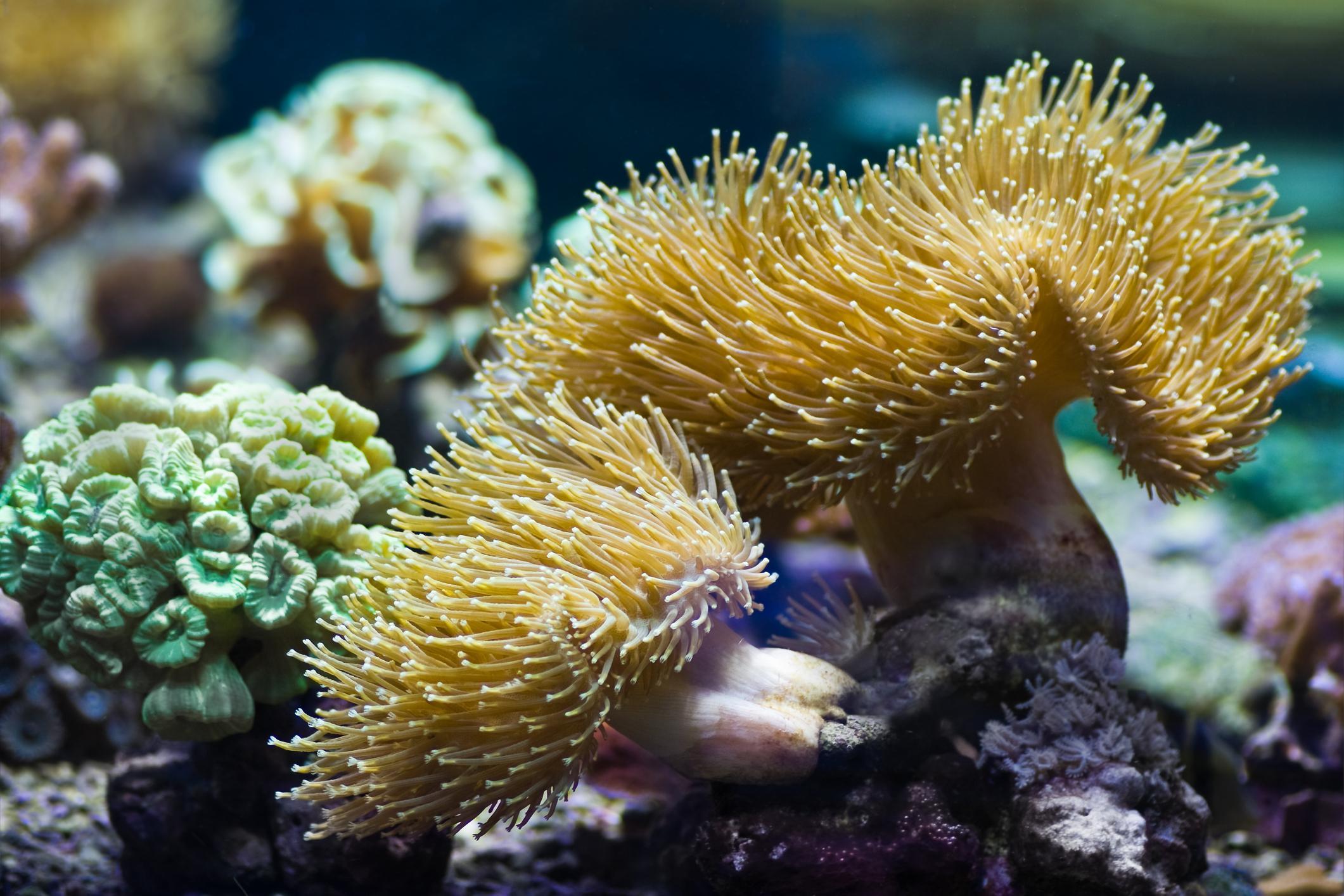 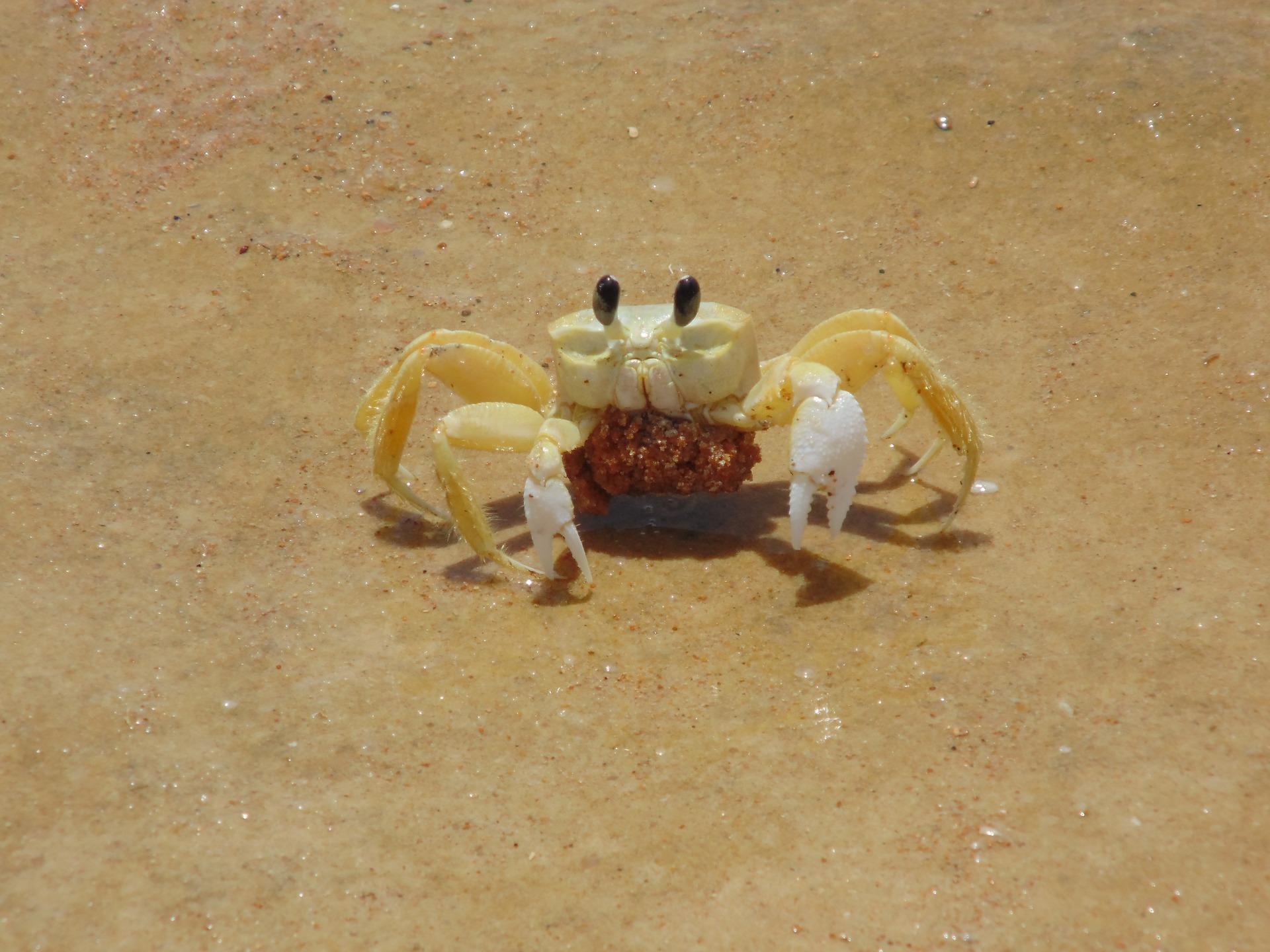 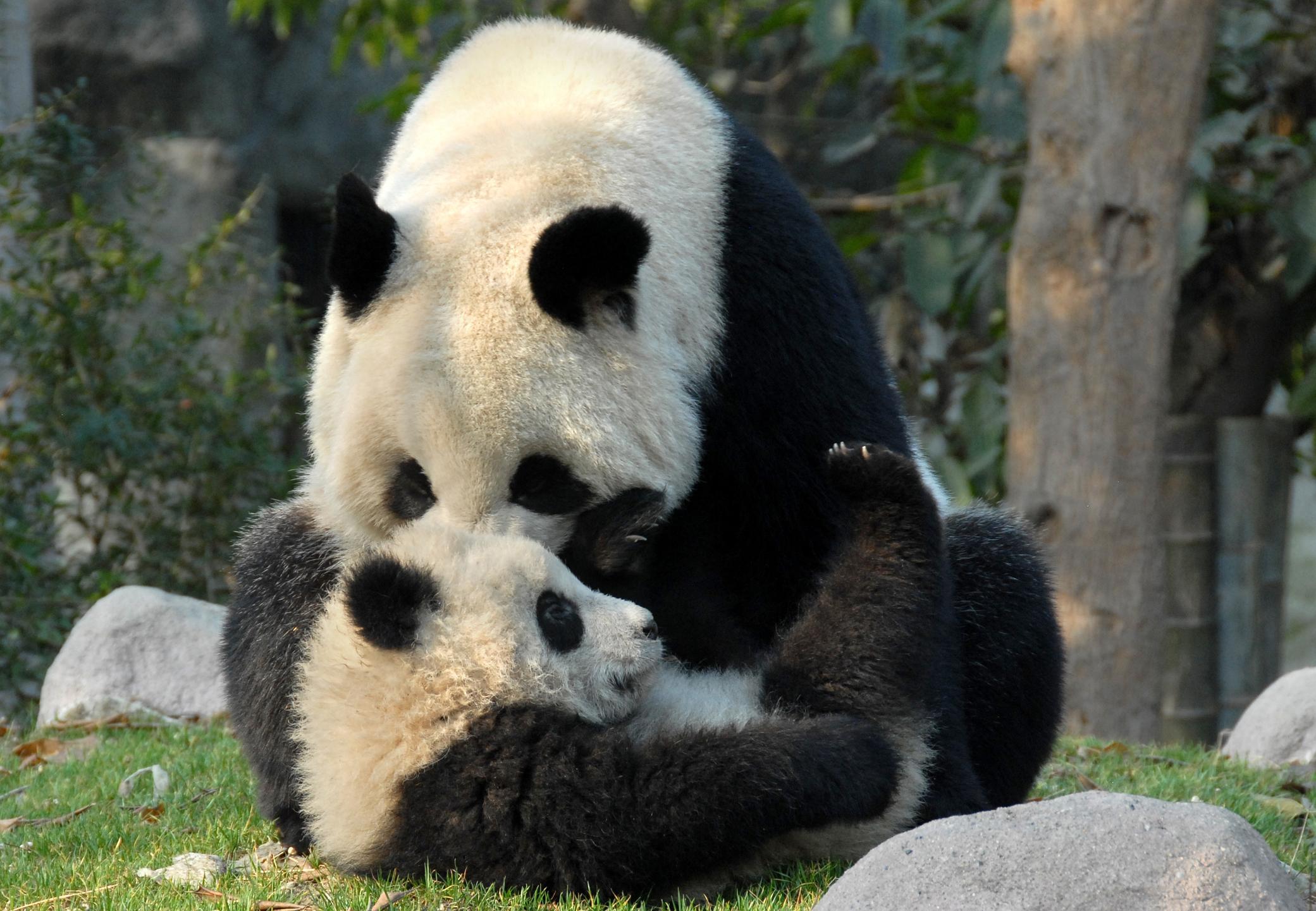