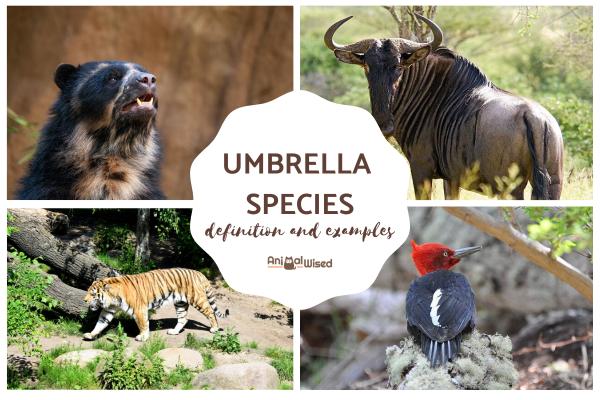 For many years, humans have been changing the ecosystem in many ways. However, in the recent years we have started to realise the negative consequences to our actions and begin to implement certain strategies. After all, we can only thrive on a healthy planet. This is where the umbrella species comes in.

You may also be interested in: Symbiosis Definition and Examples
Contents

What is an umbrella species?

An umbrella species is a certain species that has been selected for making conservation-related decisions. They have the name “umbrella” because protecting these species indirectly protects the many other species that make up the ecological community of their habitat. The umbrella species can be used to help select the location of potential reserves that can help balance the ecosystem. They also help determine the size, composition, structure and ecosystems of these conservation areas.

These species generally need large territories for their populations to be viable. They tend to live for many years and be an important addition to their natural habitat. There are other species of concern divided in certain groups (umbrella species, keystone species or flagship species). The identification of these groups make conservation decisions easier.

The umbrella effect is when by protecting these species you extend the conservation to other species in the umbrella species habitat. Making it easier to manage an ecological community and help improve their conservation. However, while some scientists stand by this method, others believe that a series of other tools can be more effective.

How important are umbrella species?

The umbrella species are of great importance when deciding and selecting potential conservation areas, such as the creation of national parks, reserves or other protected wildlife areas. Due to the rapid transformation of our ecosystems, the use of umbrella species serve as a natural tool to assess the health status of an ecosystem, its composition, and thus know how to preserve it.

The Andean bear, also known as the spectacled bear, is a large bear that can adapt to almost all environments in the Andes Mountains. Protected areas in places where this species is found was established in order to improve those ecosystems. Scientists mapped their distribution in each country and the protected areas that housed them, taking into account all the environmental factors to which the Andean bear is accustomed to.

The spotted owl is a species of true owls. They are currently “near threatened” due to their habitat loss because of excessive timber harvesting. Spotted owls depend on tall and old trees as they nest in tree holes. When that's not available they nest in abandoned nests of other birds or younger trees.

Conserving this species implies protecting their habitat: ancient forests, growing trees and other species that thrive in the same habitat. Learn more on our article about the most endangered animals in North America.

The blue wildebeest, also called the common wildebeest, white-bearded wildebeest, or brindled gnu, is a large antelope and one of the two species of wildebeest.

This species helped define the limits of the Serengeti National Park in Tanzania, protecting the grass lands and the other species living in that environment.

The Magellanic woodpecker is a very large woodpecker found in southern Chile and southwestern Argentina. Their territory is more extensive than other species of birds that also inhabit the same Andean-Patagonian forests. Therefore, the protection of this species will also protect many other species with smaller land requirements, as well as conserving the forests in those regions.

The Siberian tiger mostly inhabits Russian Far East, Northeast China and possibly North Korea. Due to hunting and trade, these animals are now one of the top animals in danger of extinction. There have been a number of conservation projects since 1992 to protect these animals and their habitats with the participation of different countries. Including rehabilitation centres, protected areas and reintroduction areas.

Right whales, also known as black whales, are three species of large baleen whales. Read our article on the different types of whales, if you're interested in learning more about these large mammals. These whales are migratory whales that travel north to breed in the winter. Unfortunately, they experience difficulties and many die due to being struck by ships in busiest shipping lanes in the world.

The second major cause for their deaths is entanglement in plastic gear. Right whales are currently endangered animals. Many countries have taken certain measures to ensure their safety by reducing traffic when these whales migrate.

Want to learn more? Check out the video below about umbrella species!

If you want to read similar articles to Umbrella Species Definition and Examples, we recommend you visit our Facts about the animal kingdom category. 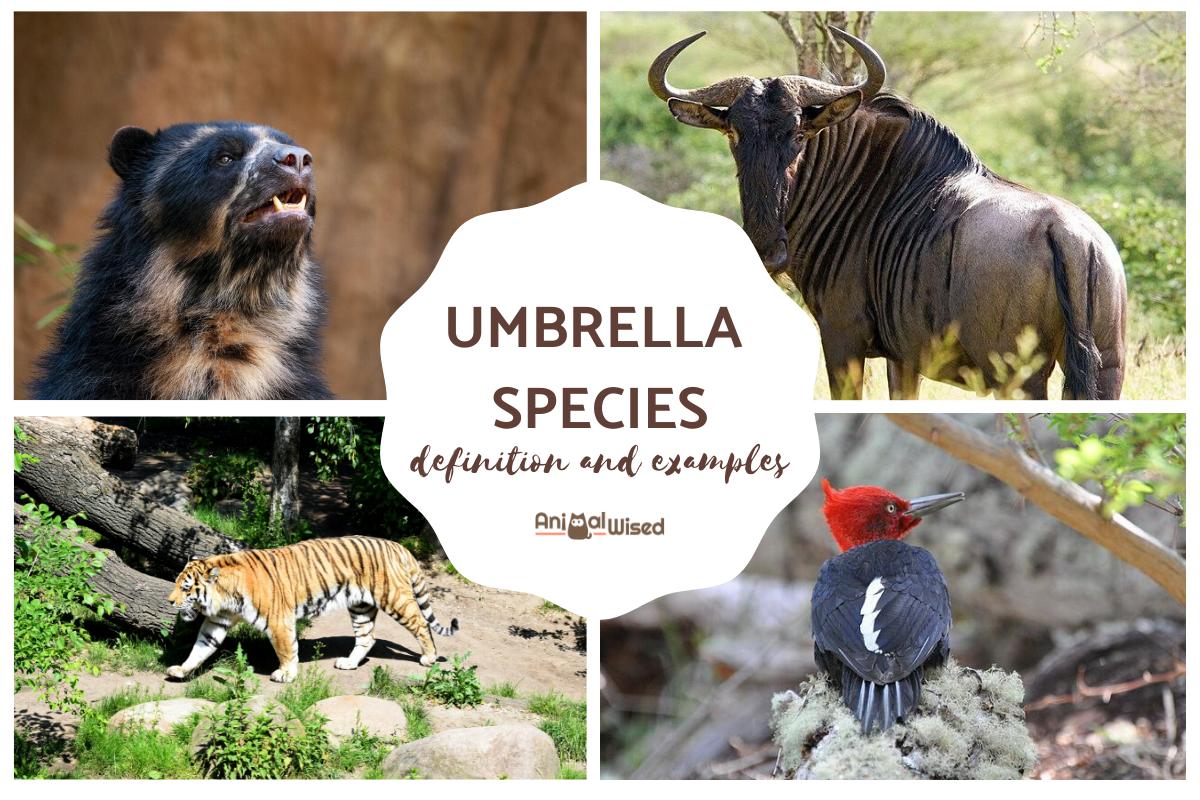 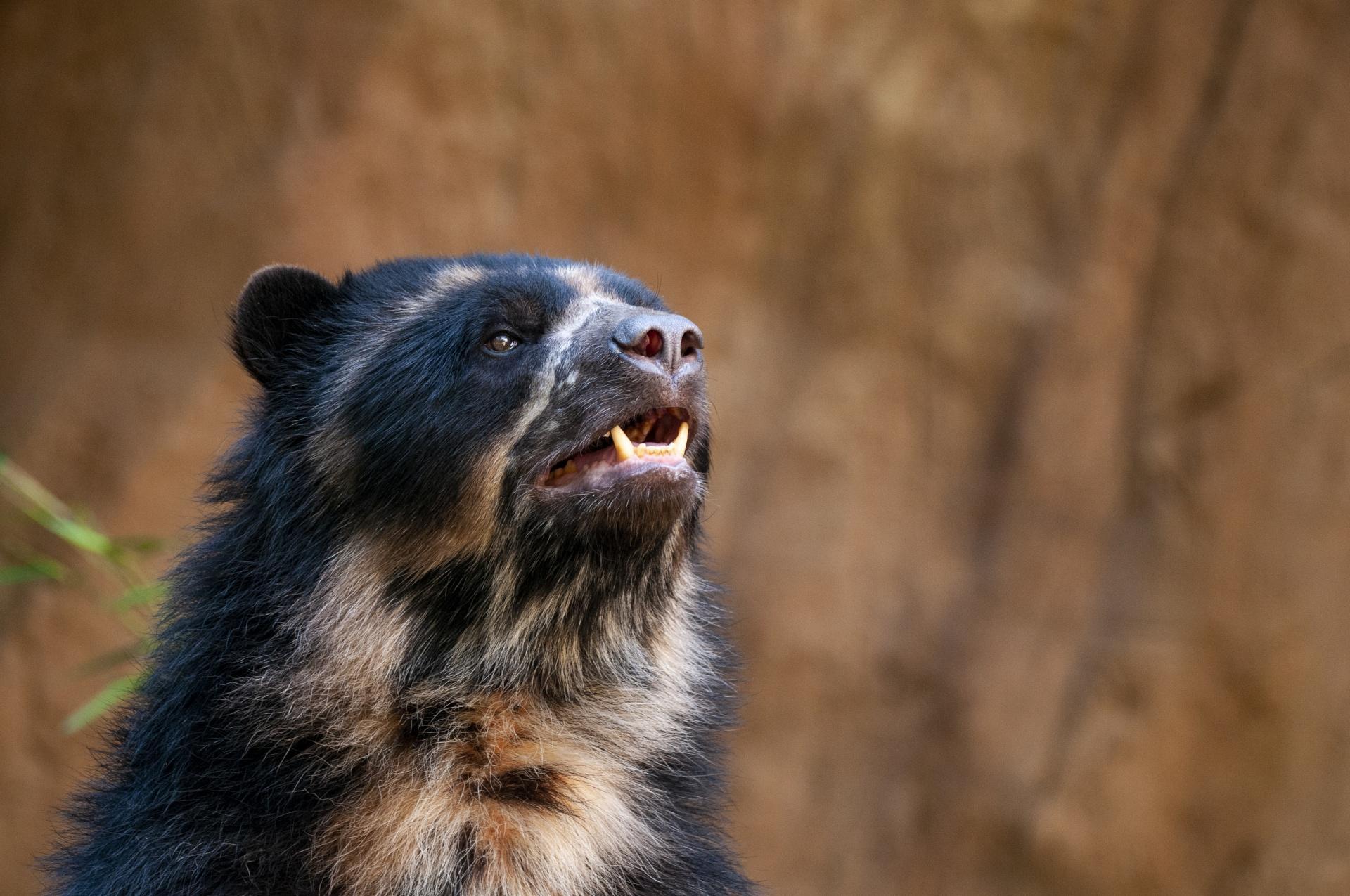 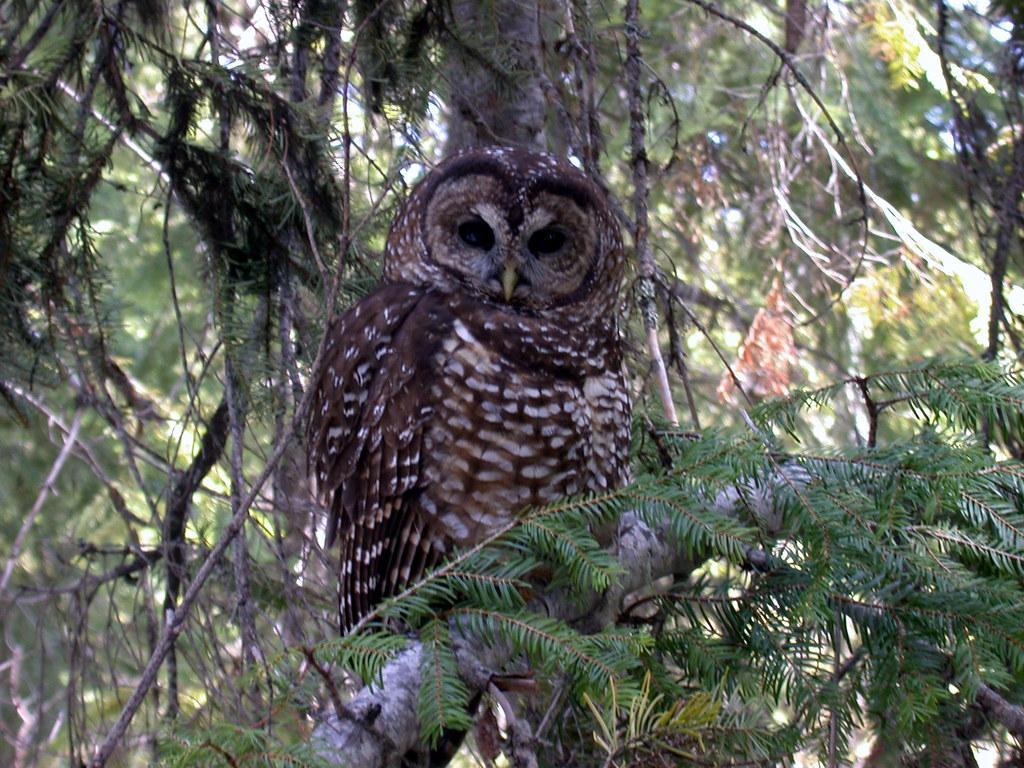 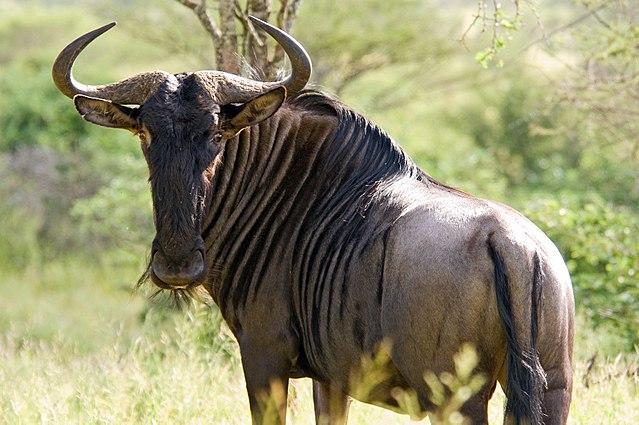 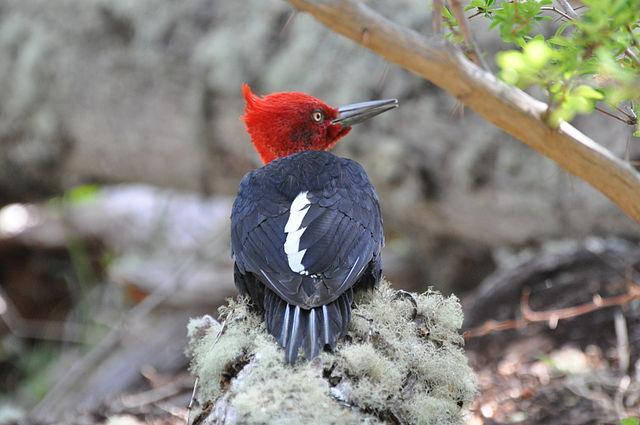 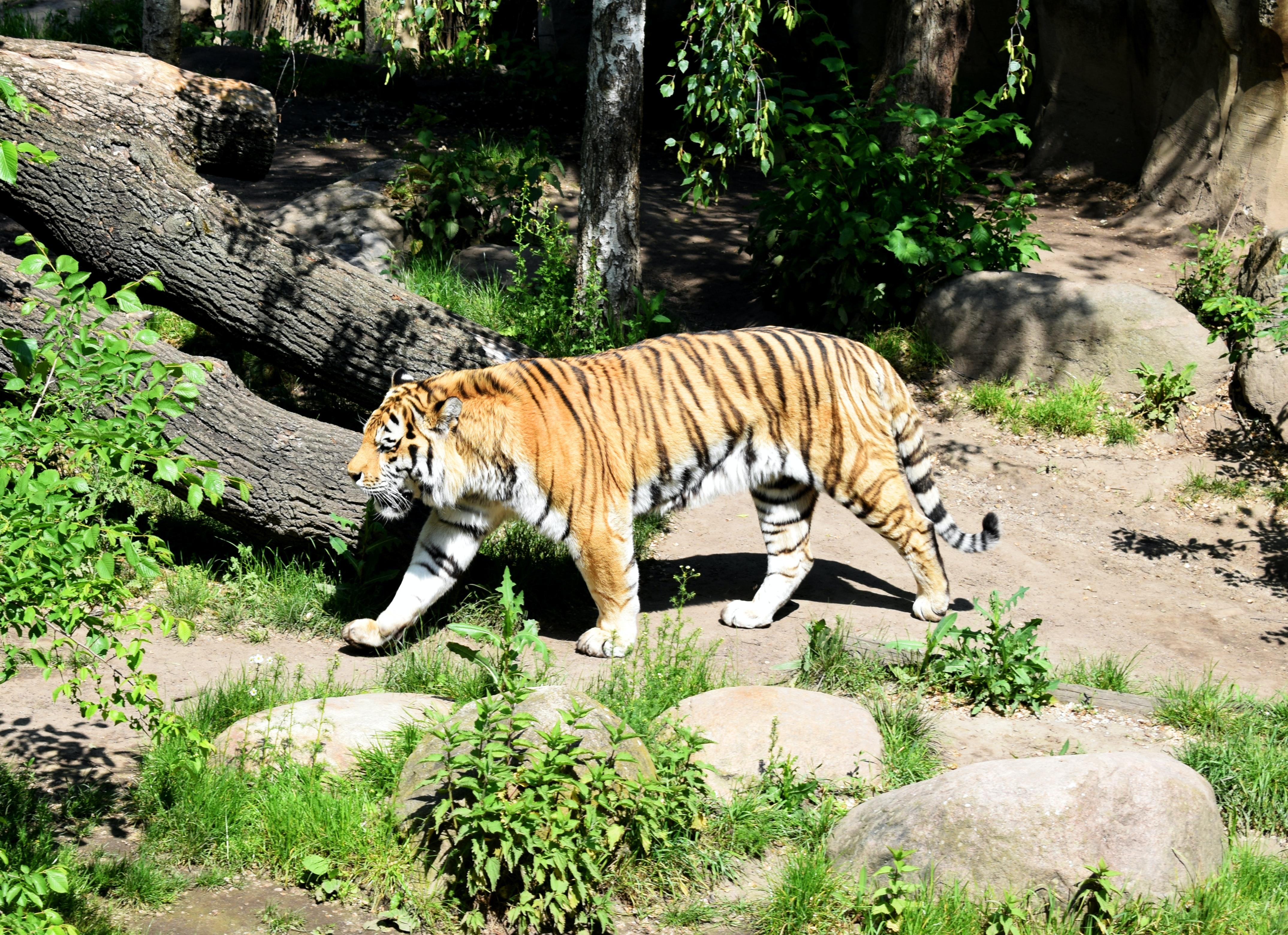 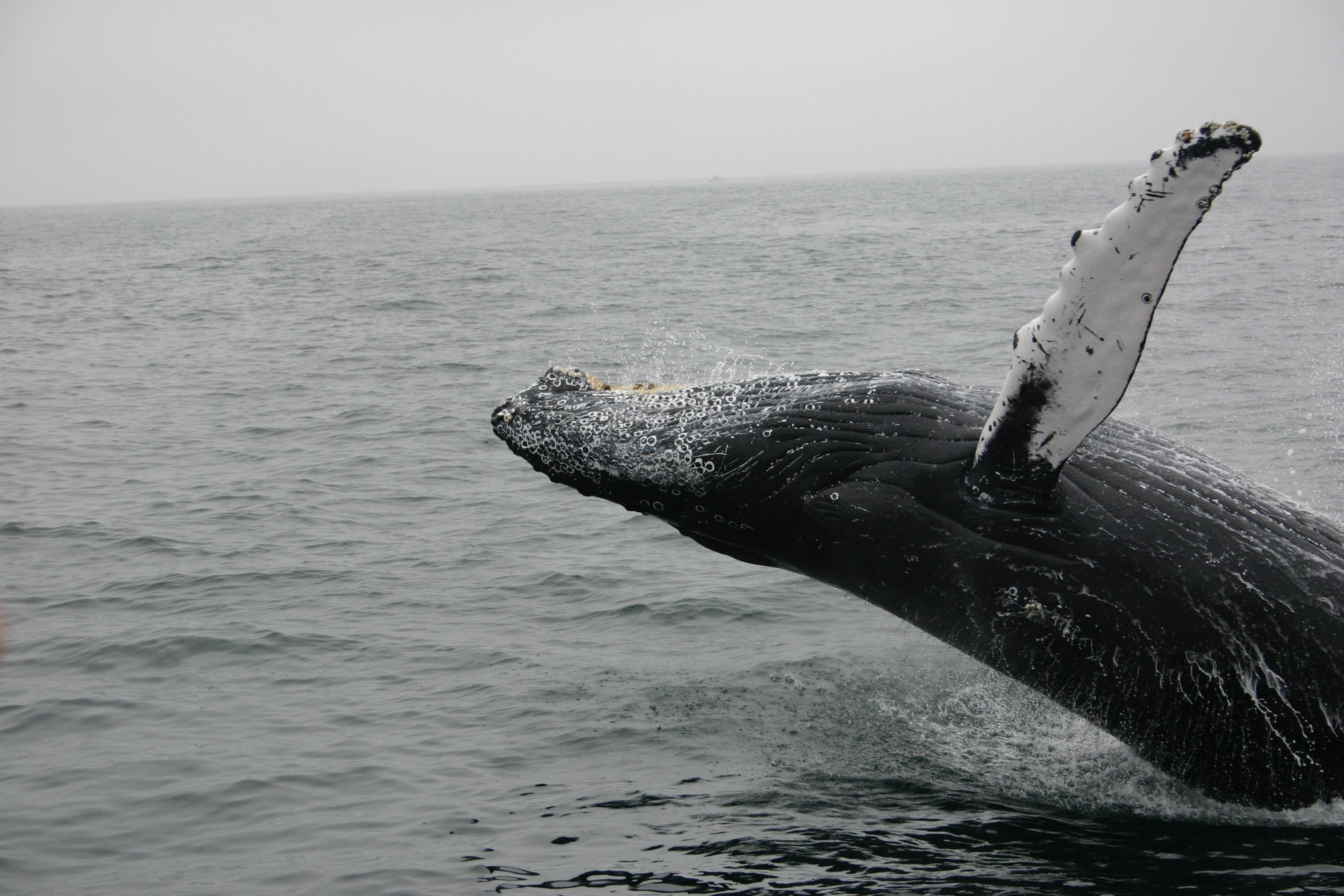 1 of 7
Umbrella Species Definition and Examples
Back to top