Animals That Live in Alaska

By Nick A. Romero, Biologist and environmental educator. November 11, 2021 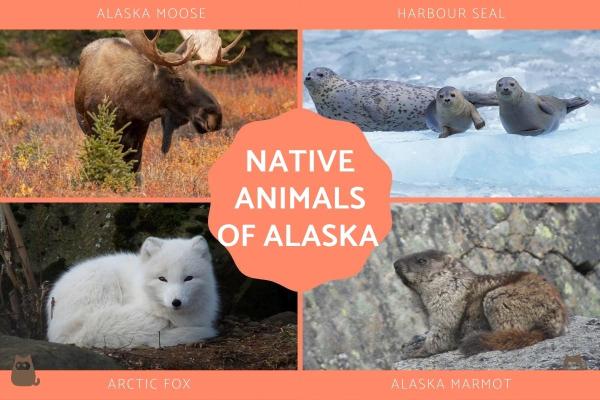 Alaska is the second youngest state in the United States of America, but only by a few months. Despite being only a recent official addition to the country, it is one of the US's most resource-rich areas. While it is the 4th least-populous state, it is the country's largest state by geographical size by a long way. In fact, it is almost three times the size of the next largest state (Texas), if you include bodies of water. This means there is plenty of space for wildlife and flora, but with temperatures as low as -50 ºC(-58 ºF) in winter, it is not a place every animal could survive. Thanks to a diversity of terrain, an equal diversity of fauna can be found.

At AnimalWised, we help you learn more about one of the most beautiful corners of the planet by looking at some animals that live in Alaska. We provide examples of Alaskan wildlife and help explain more about each one with photos and facts.

You may also be interested in: Organisms That Live in Extreme Environments
Contents

Known as ‘elk’ in some parts of the world, the moose (Alces alces) is an animal with a habitat distribution in the circumpolar regions. Alaska is found within this area and the subspecies Alce alce gigas, known as the Alaskan moose or Yukon moose, is one of the most common. They are the largest subspecies of moose. In fact they are the largest of any species within the deer family. Learn more in our article about the different types of deer.

The Alaska moose is also sometimes known as the giant moose. We can see why this is by looking at their weight. Males can weigh up to 771 kg (0.8 t) and females weighing up to 573 kg (0.6 t). They have a solid body, but relatively long and thin legs.

This animal typical of Alaska has a wide distribution throughout the northern region. Their habitats are in coniferous or leafy forests, tundra further north and taiga to the south. They generally prefer land with lakes, swamps or wetlands, but they do not tolerate hot climates. If the temperatures rise, they tend to move away. The conservation status of the species is of least concern, according to the International Union for Conservation of Nature (IUCN).

This is the only species of mountain sheep that has horns. They are animals which display sexual dimorphism, seen in that males have larger, bulkier and curlier horns than females. They are also distinguished by weight since males weigh between 73-113 kg (160-250 lb), while females are much lighter at between 46-50 kg (101-110 lb). Their fur is abundant and usually white, although certain coat variations exist.

Dall sheep, also known as the thinhorn sheep, are native to Alaska and parts of Canada. In the USA, their habitat ranges in the northeast, center and south. They tend to stay in dry areas with grasslands or bush. They can stay in places with lighter snowfall and strong winds which disperse snow. They are considered to be of least concern according to the IUCN.

The otter is distributed in few regions, Alaska being one of them. One of the three existing subspecies, Enhydra lutris kenyoni, can be found in this region. In this subspecies the males are larger than the females, weighing 27-39 kg (60-86 lb), while females weigh 16-27 kg (35-60 lb). They have a brown to reddish colored double coat, which is important for the sea otter to bear the very low temperatures of the Alaskan waters.

They are distributed in marine areas near the coast, which can have rocky or soft floors, but the abundant presence of algae is important. Although carnivorous, they look for food in and around the algae. The sea otter has been hunted for its fur in Alaska to the point they are now considered in danger of extinction.

The harbor seal has coastal habits and, in addition to North American, can be found in parts of Europe and Asia. Five recognized subspecies develop in different regions. For example, the subspecies known as Pacific common seals (Phoca vitulina richardsi) can be found in Alaska and other wester parts of the country. This type of seal is considered of least concern.

This typical Alaskan animal is well adapted to living in freezing temperatures thanks to its abundant fur and thick skin. Most of the coat is white in winter and grayish or brown in summer, but there are also a few individuals with a gray-bluish coloration. The leather-like padding of their paws offers additional protection against the cold. They measure up to 70 cm (2.3') in length and has an average weight of 5.2 kg (11.5 lb).

The arctic fox inhabits the circumpolar regions, which includes Alaska, developing in the arctic and alpine tundra of this state. It also has a presence in the sub-arctic maritime ecosystem of some islands in the area. It is considered of least concern. The Arctic fox is just one of many Arctic animals you can learn about.

It is an iconic owl of the arctic regions, including Alaska. It develops in the open tundra, from the area near the tree line to the polar maritime edge. Due to the population decline, it has been classified as vulnerable by the IUCN.

Some species of whales are part of the Alaskan fauna belonging to its oceans, such as the humpback whale. While it is not yet confirmed officially in taxonomic studies, there are three proposed subspecies of humpback whale[1]. They are often found along the Alaskan coasts in summer. They are very robust and characterized by long pectoral fins. They are dark gray in the dorsal area and white in the ventral area.

The humpback whale is a cosmopolitan species that is widely distributed throughout the world's oceans, but it is considered part of Alaskan wildlife during the summer. With a growing population trend, it is considered to be of least concern. Learn more by looking at the different types of whales which can be found.

The Alaska marmot is an animal that is distinguished from the rest of its group by the presence of a dark coloration on the head, which extends over the nose and reaches the neck. The rest of the body can vary between brown, gray and even white in coloration. Average weight and length are about 3.4 kg (7.4 lb) and 59 cm (2'), with males being larger than females.

This species of marmot is a native animal of Alaska and has an important distribution in the Arctic tundra. Here they are found extensive rocky stretches, where they make dens to provide protection. Its population is stable and is considered to be of least concern.

This sea lion is the largest that exists. Although males are larger than females, both are of robust build and immense dimensions. The maximum size registered for them has been 3.3 m (10.8') and they average 1 ton in weight for males. For females, they measure a maximum 2.5 m (8.2') and 273 kg (601 lb). Their coloration is distinguished from other sea lions by being light brown to yellowish, which they maintain even when wet.

They are present in several coastal regions, including the Gulf of Alaska. Although they can travel long distances, they generally prefer to stay on shore and dive to feed. They can also occasionally be found on sea ice. They are classified as Near Threatened by the IUCN.

This animal is adapted for arctic conditions and is characterized by short legs and a barrel-shaped body. They are covered with long fur and both males and females have horns. The latter weigh up to about 250 kg (550 lb)), while the former weigh 320 kg (705 lb) on average.

Previously, the muskox was distributed in Canada, Greenland and Alaska, but by the end of the 19th Century it disappeared from the latter region. However, they were later reintroduced, which is why today it is also considered part of Alaskan wildlife. They live in the arctic tundra tree line and are now considered to be of least concern.

In addition to the animals mentioned above, it is common to observe another variety of wild animals in Alaska. These examples of Alaskan animals can be found on land, sea or air:

To know more about animals which inhabit parts of North America, take a look at our article on animals in danger of extinction in Mexico.

If you want to read similar articles to Animals That Live in Alaska, we recommend you visit our Facts about the animal kingdom category.

Animals That Live in Alaska photos

Top 10 Unbelievable Animals that Saved People's Lives
Animals that begin with N
Animals That Start With I
Fossorial Animals: What Animals Live Underground?
Related categories
Endangered animals
Most read
1.
What Animal am I According to my Zodiac Sign?
2.
What Does It Mean When a Cat Shows Up at My Door
3.
The 10 Most Solitary Animals in the World
4.
How Many Types of Lions Are There?
5.
Animals With Scales - A Full List
6.
Differences Between Crows, Ravens and Rooks
7.
10 Smells that Attract Cats
8.
My Female Dog In Heat Won’t Accept A Male - Causes
15 Animals That Pollinate
Animals That Breathe Through Skin
Where Do Squirrels Live?
20+ Animals That Change Color
Which Animals Live The Longest?
15 Animals That Sleep A Lot
Animals That Begin with J In English and Spanish
Animals That Go Through Metamorphosis

Animals That Live in Alaska 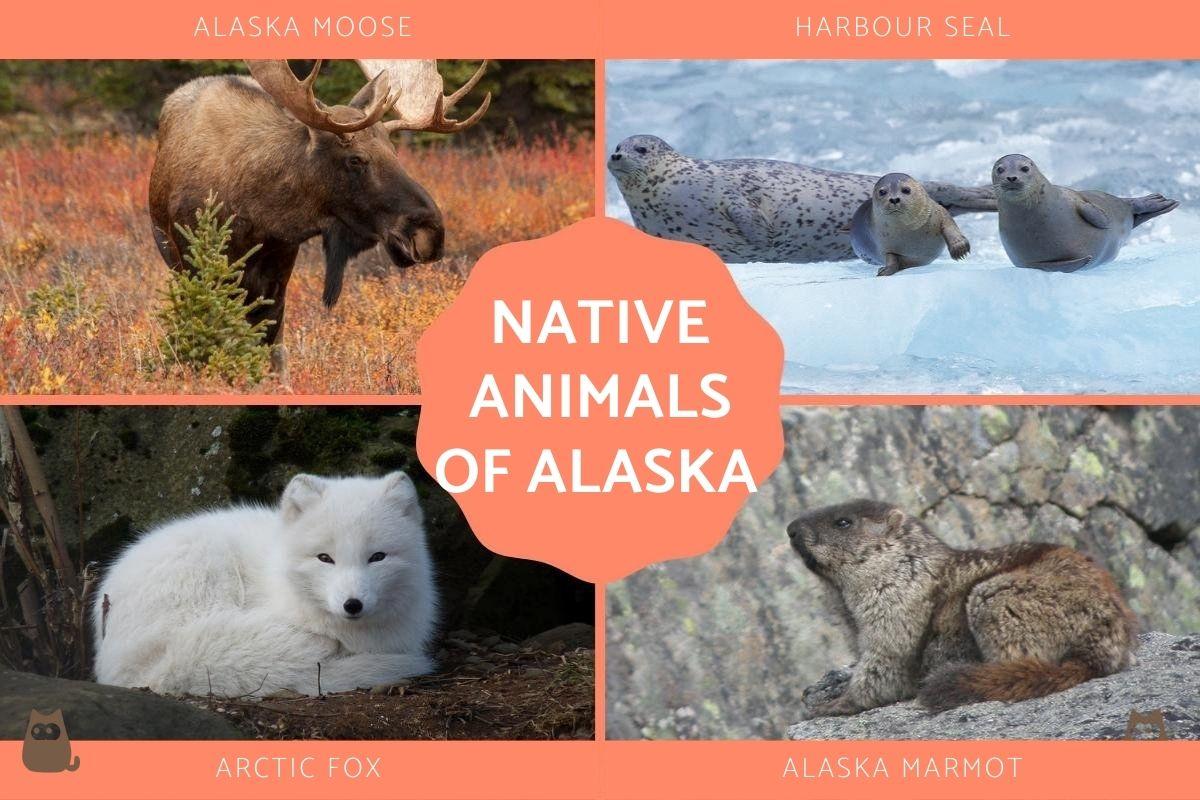 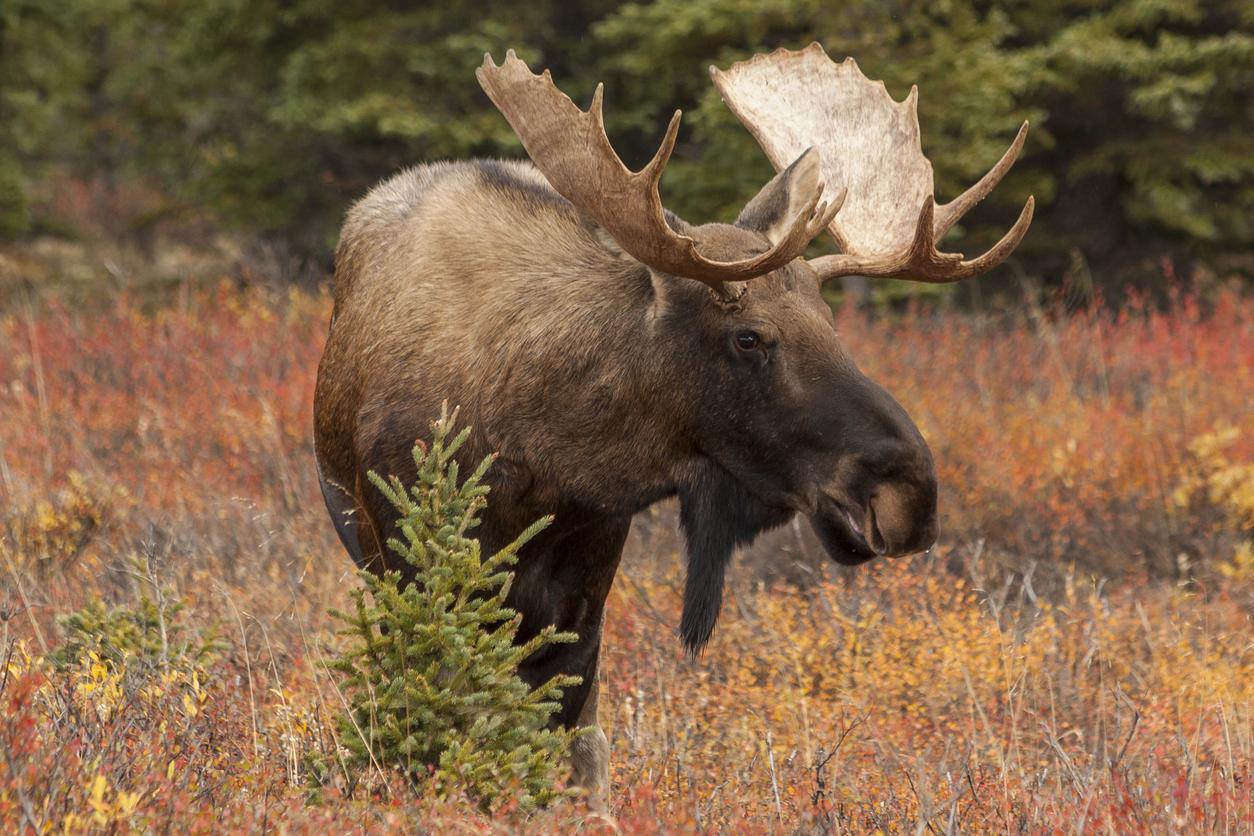 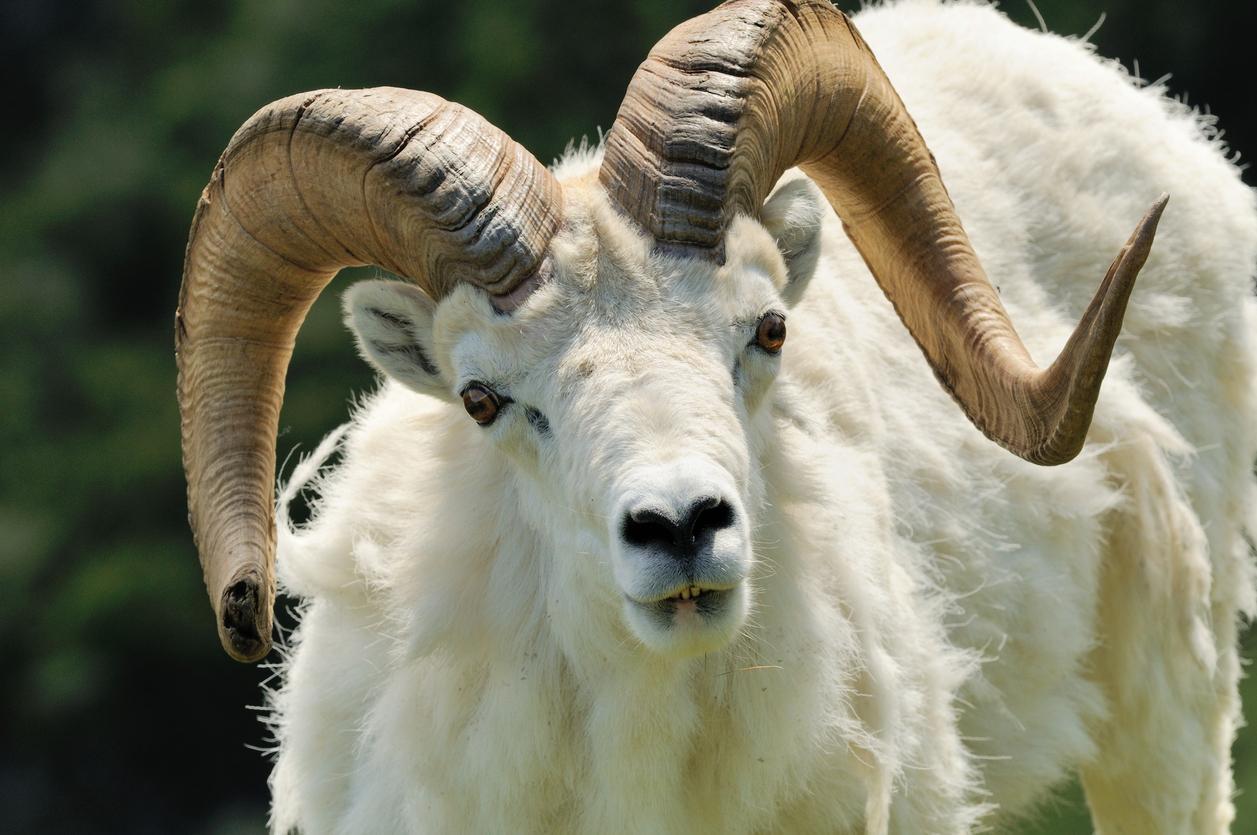 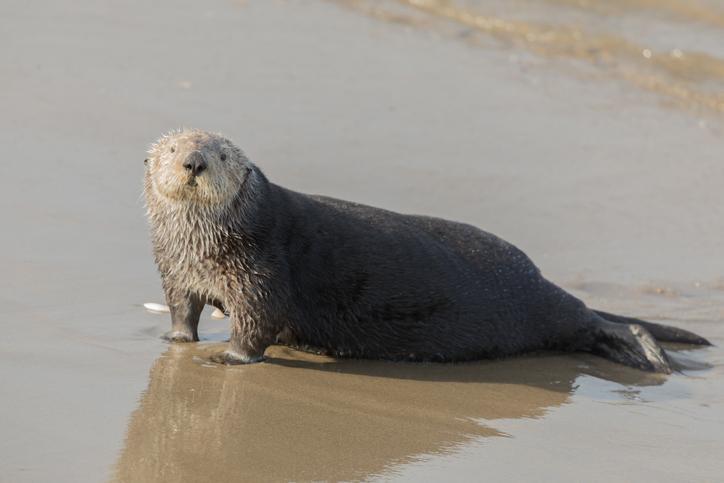 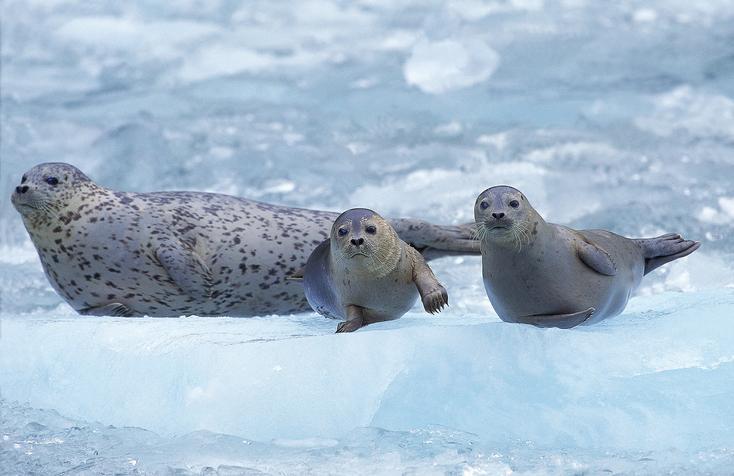 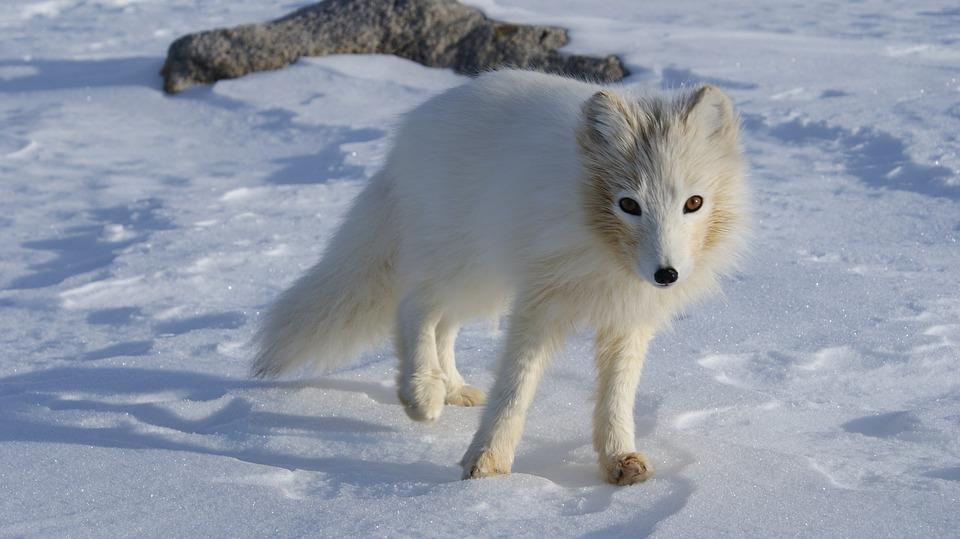 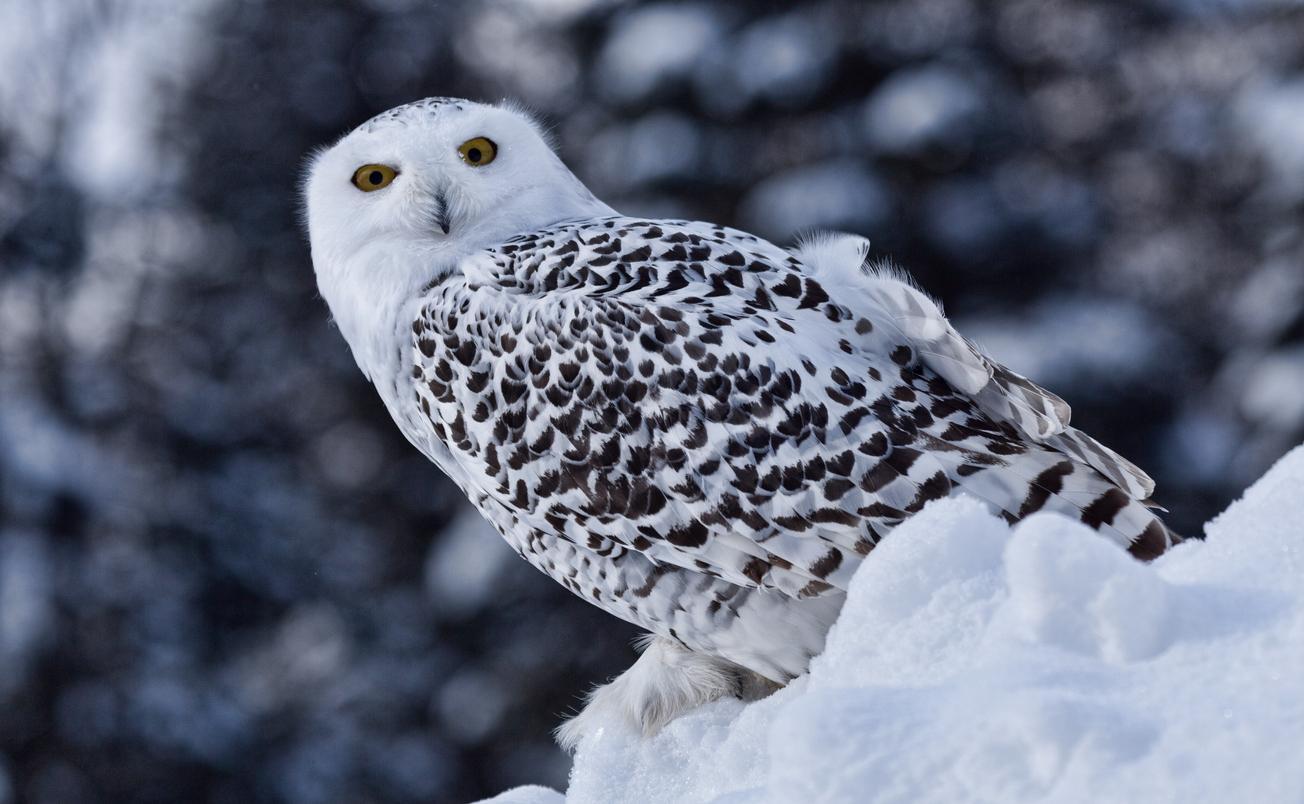 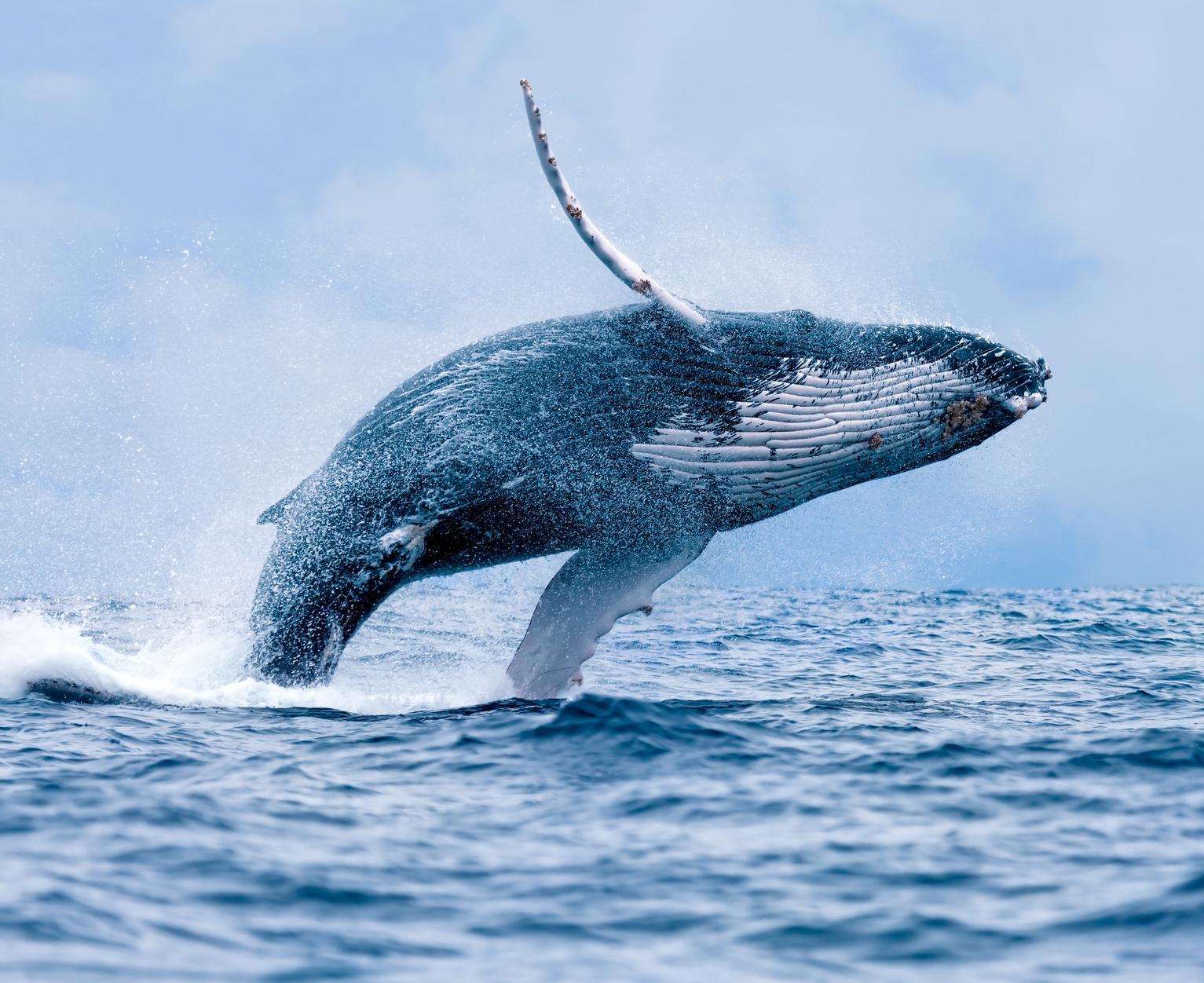 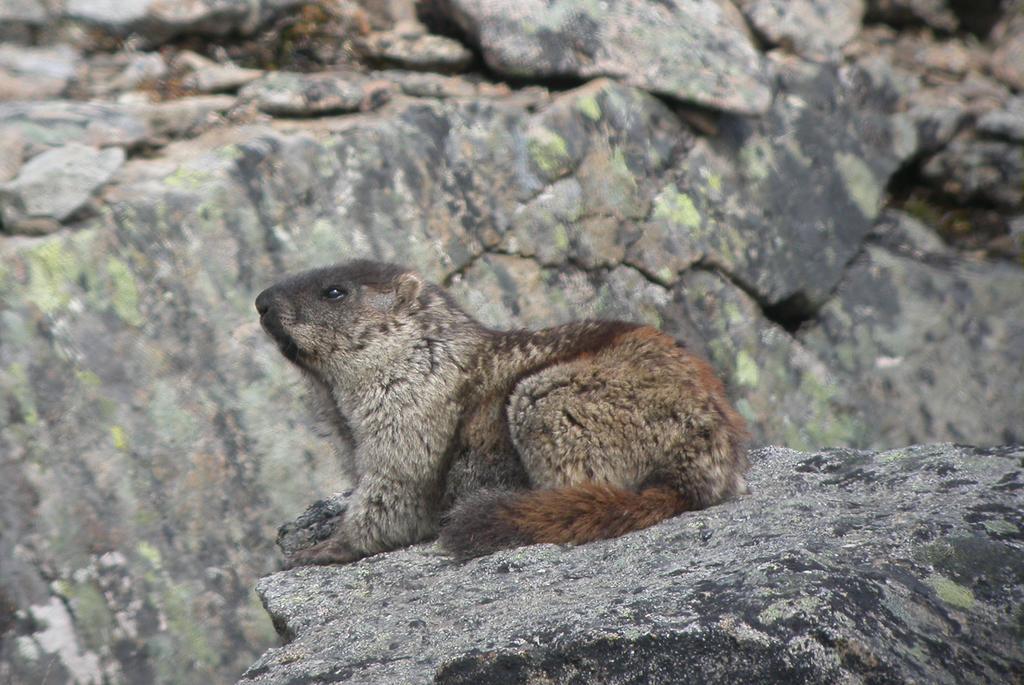 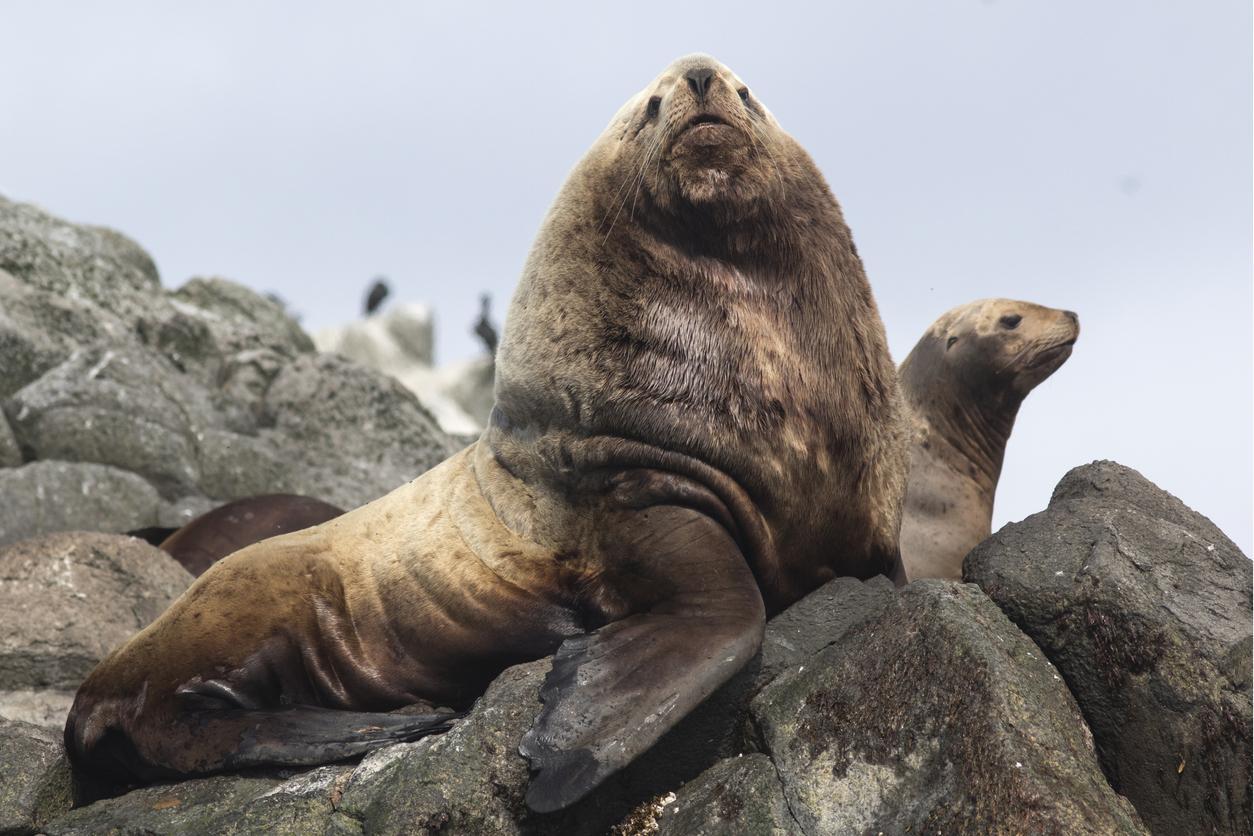 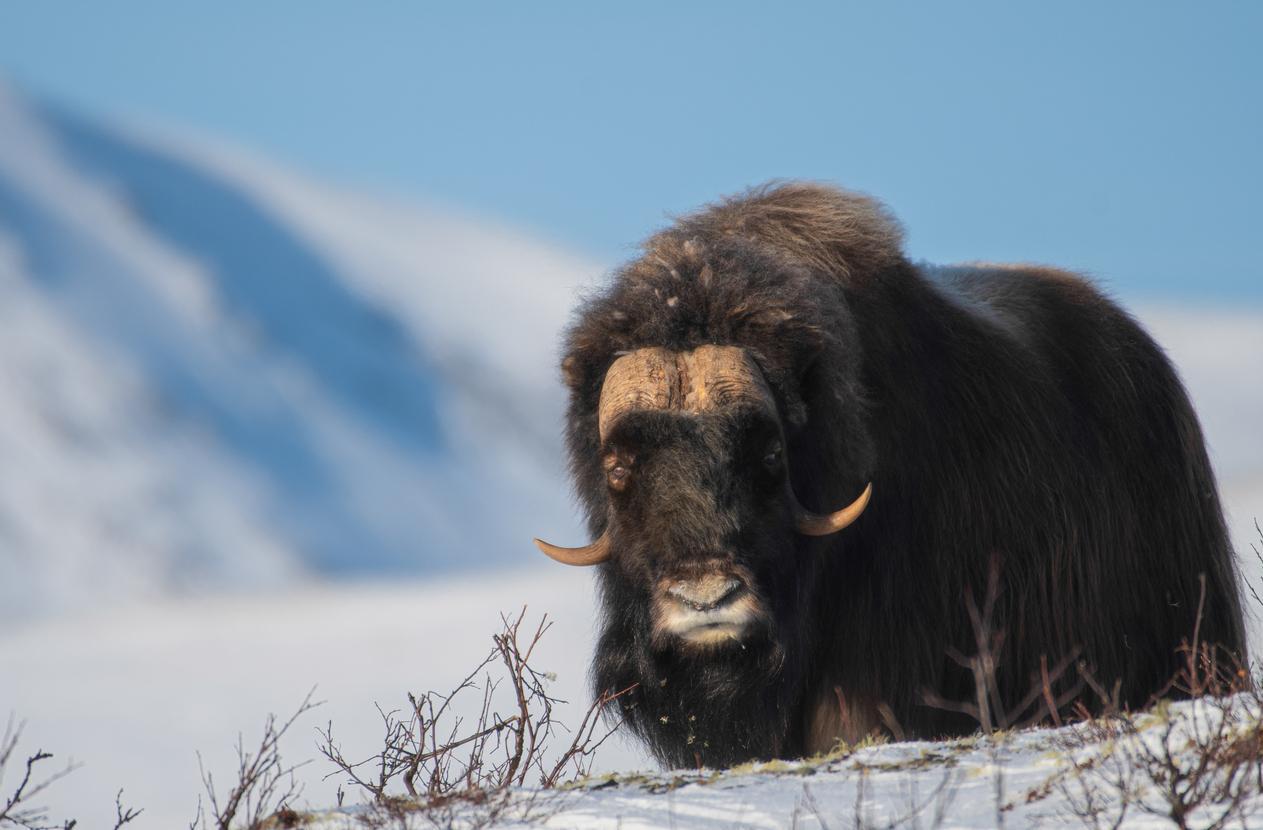 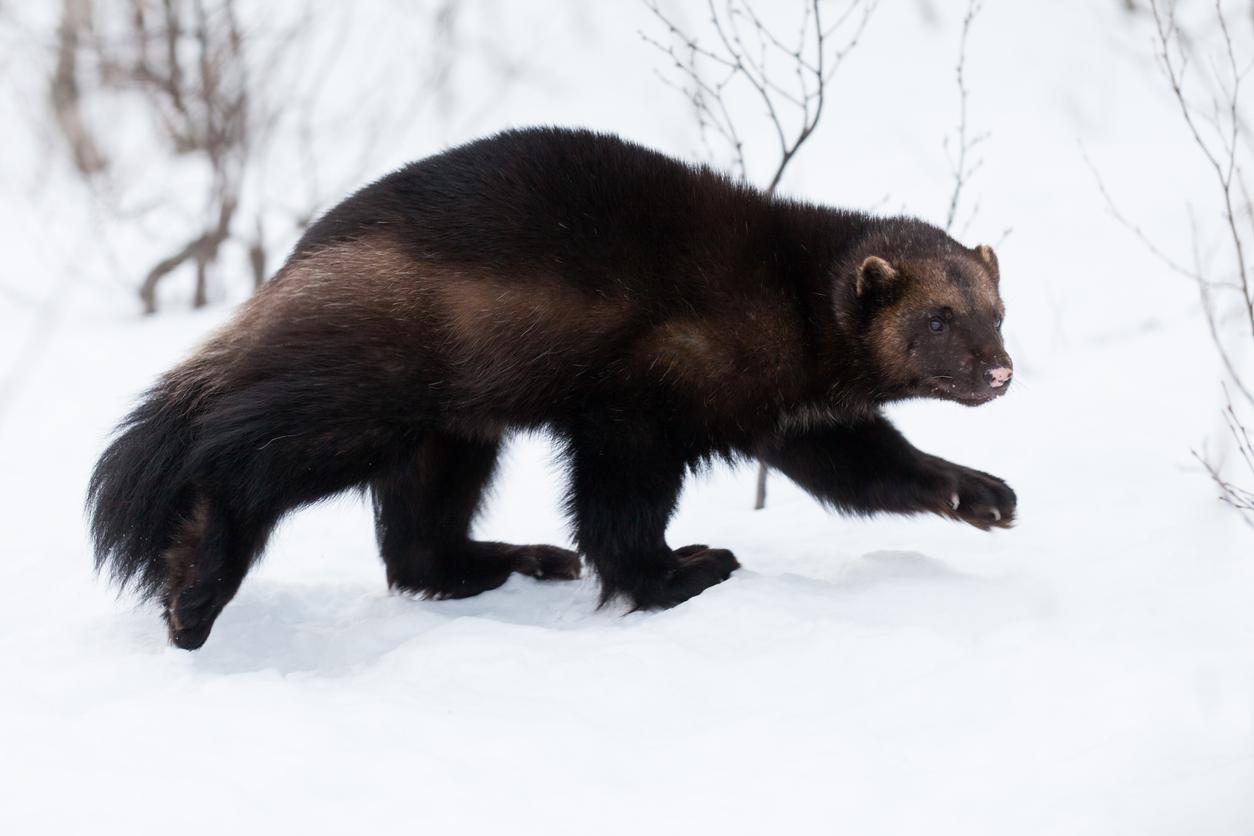 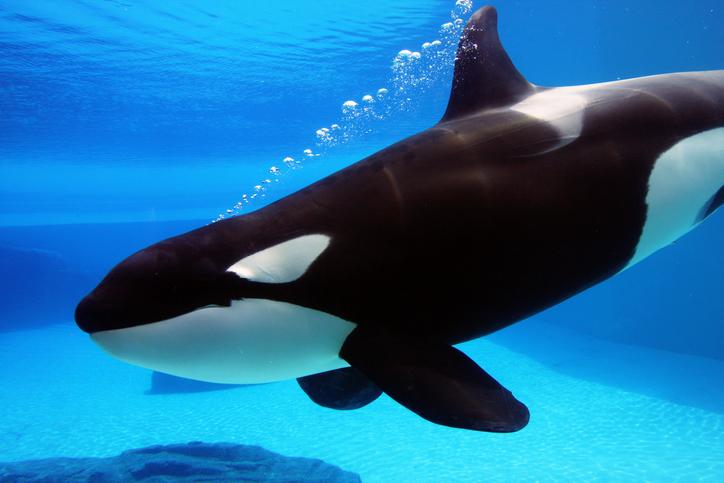 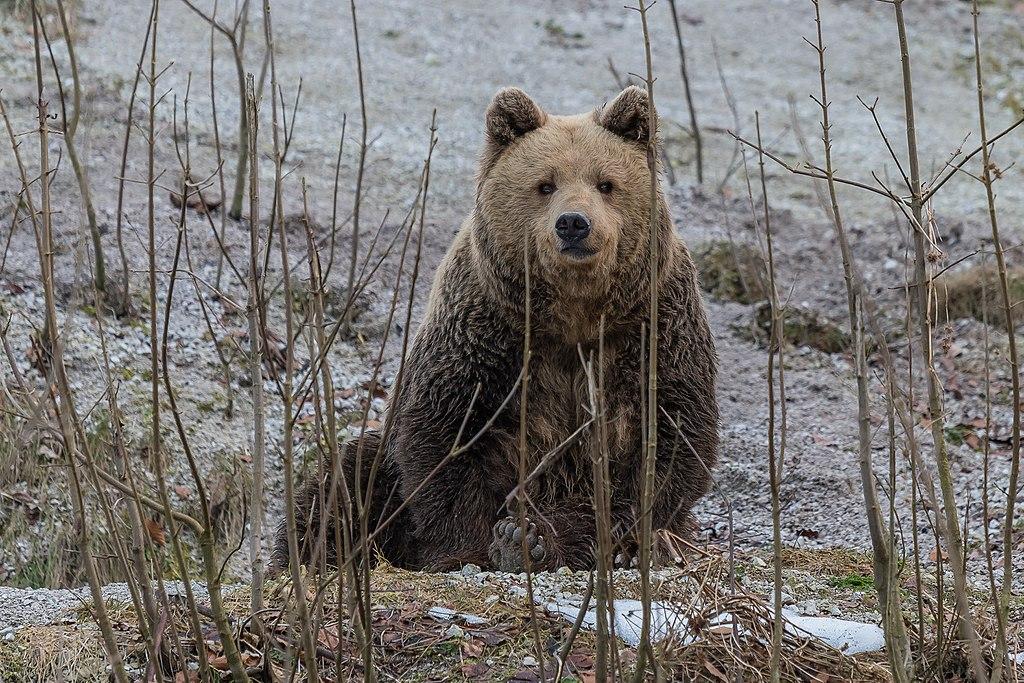 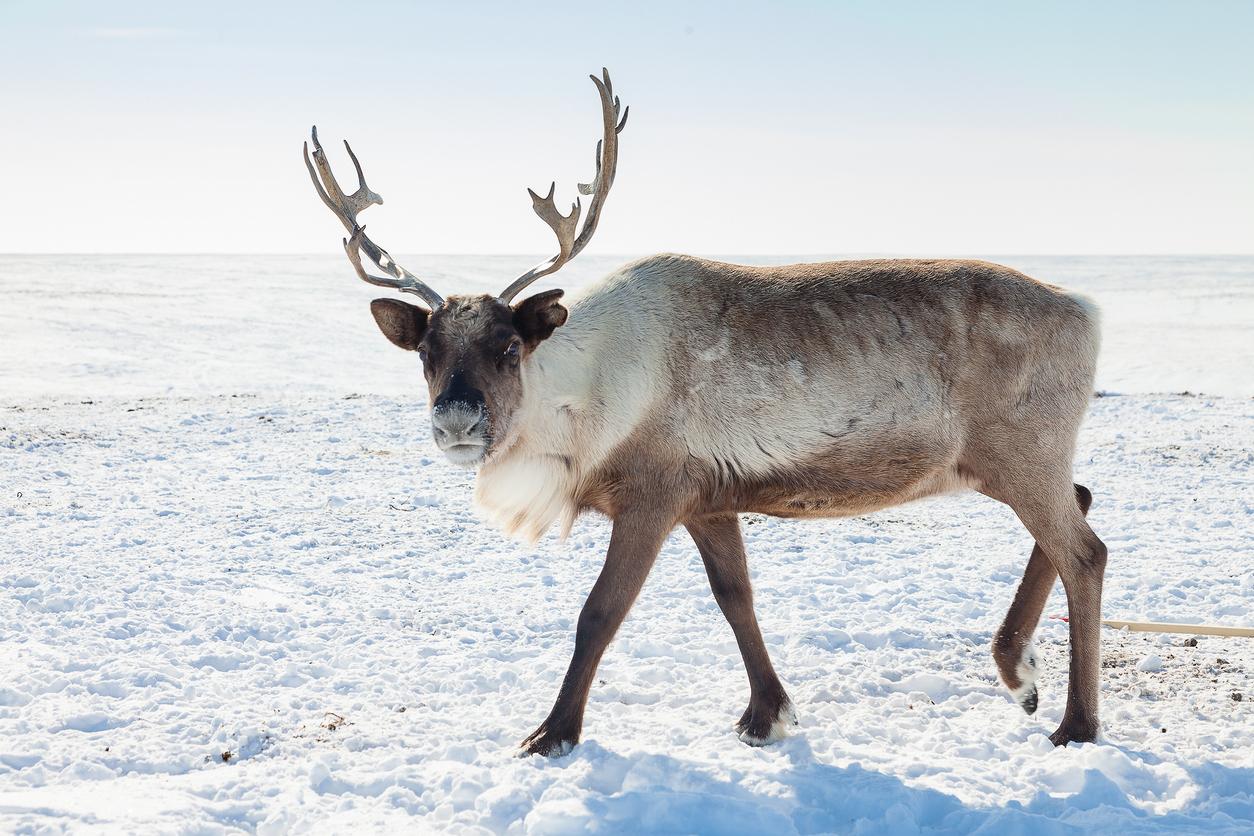 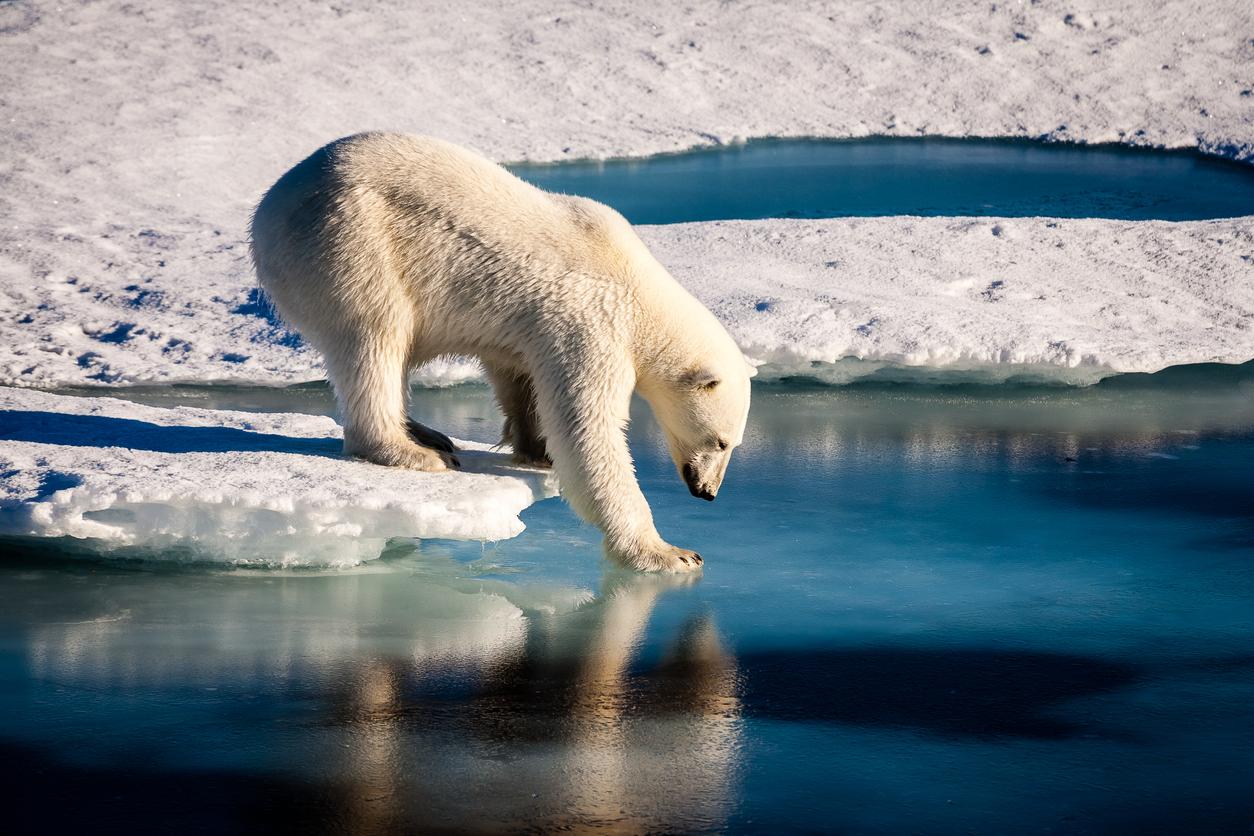 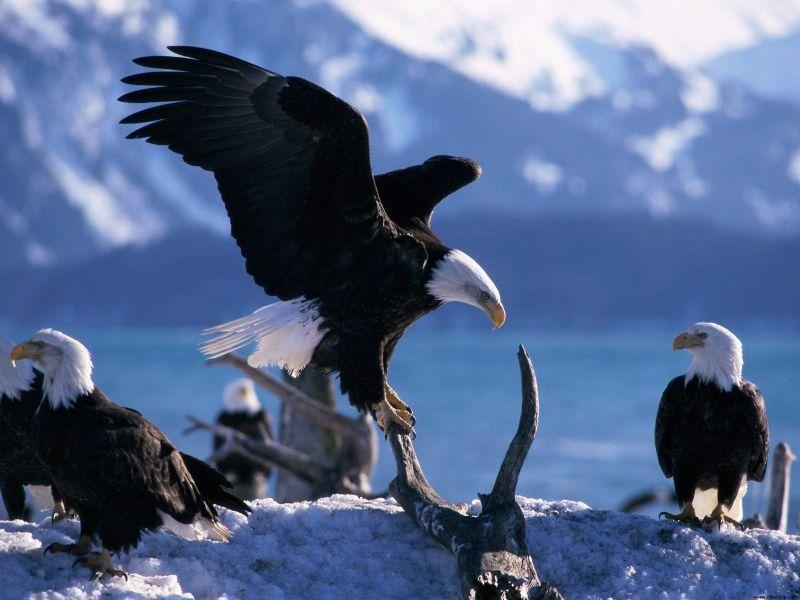 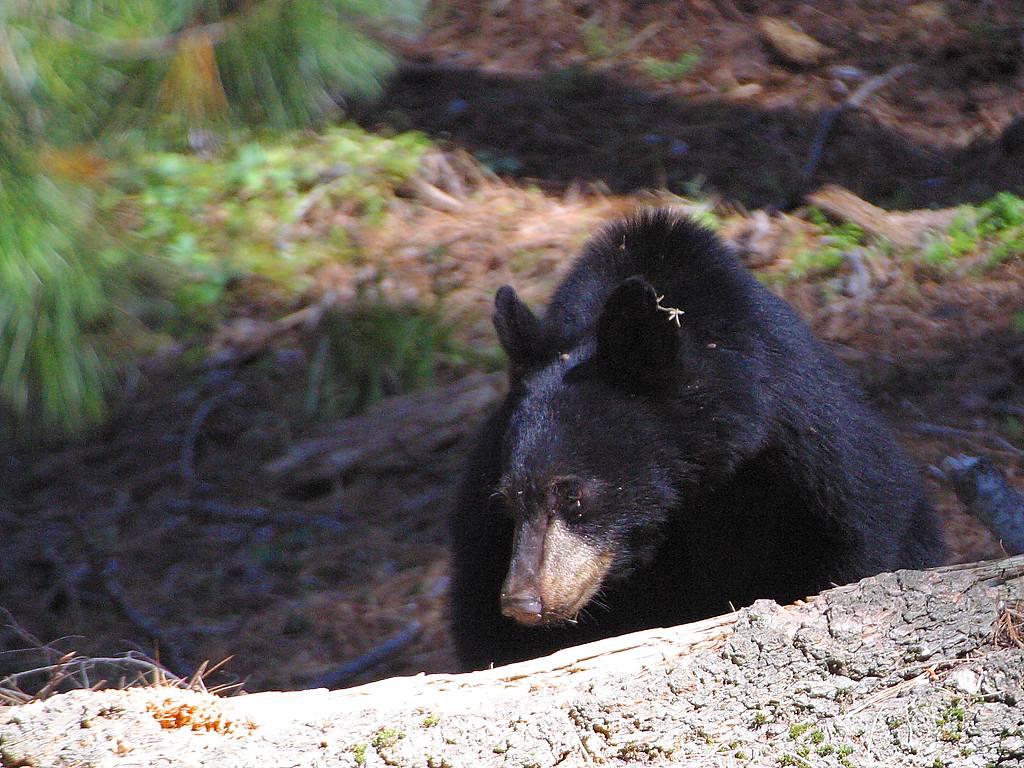 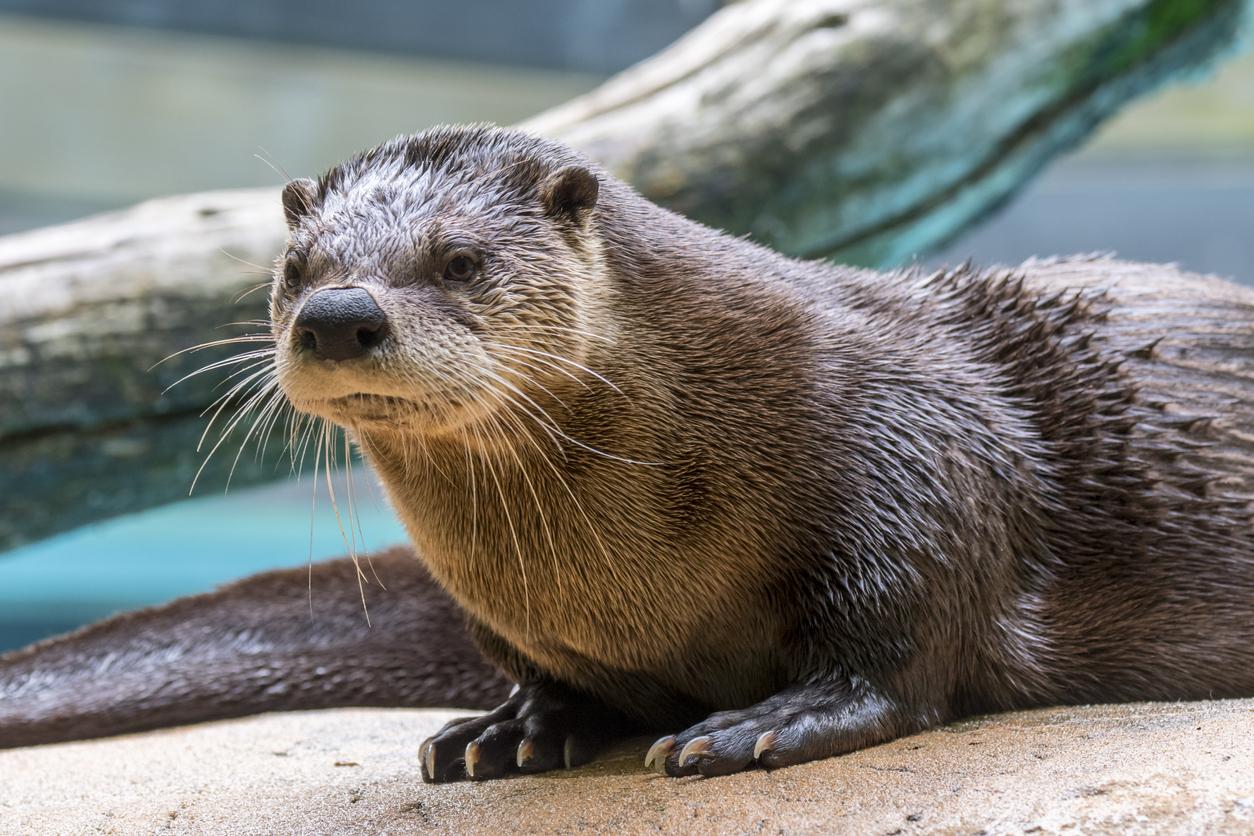 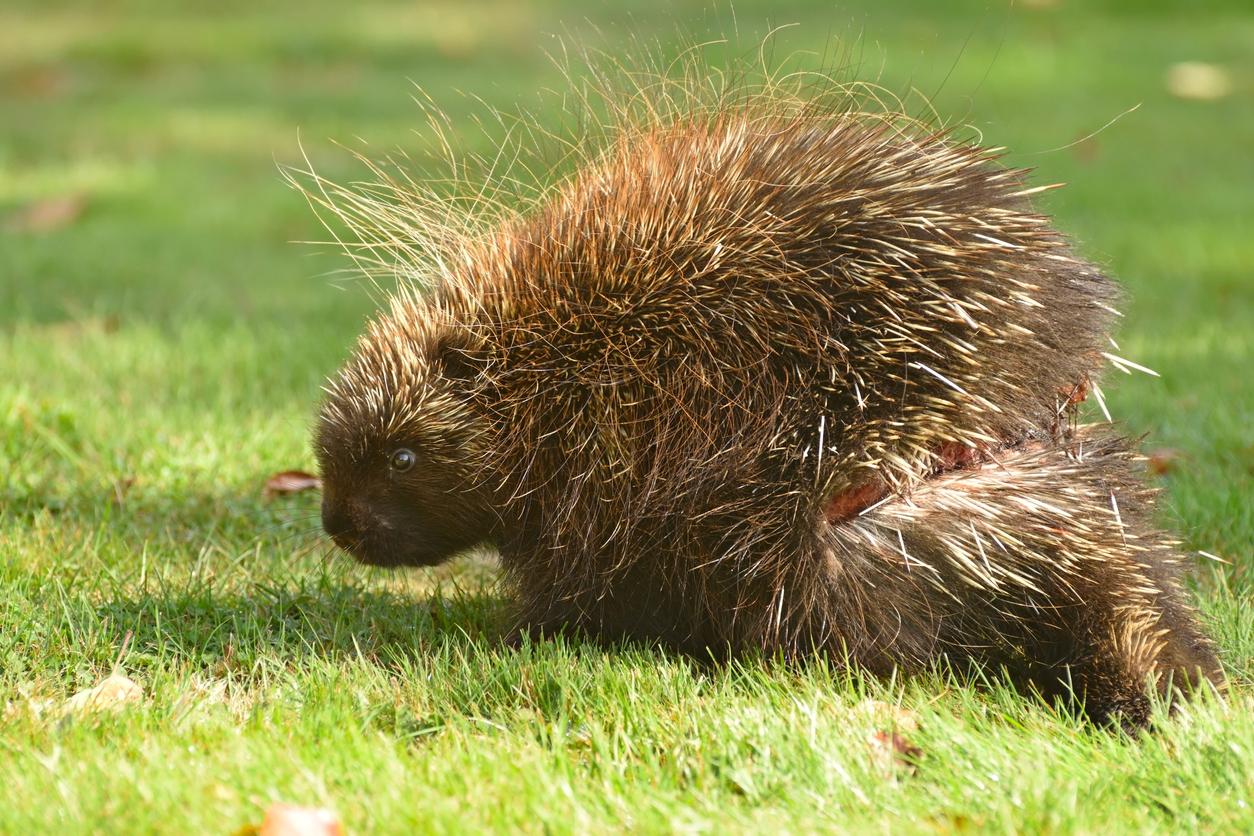 1 of 20
Animals That Live in Alaska
Back to top