To continue our breed database, we are looking at the Ocicat, one of the wildest-looking, yet sweetest-natured cat breeds in the world. They have many physical characteristics of their wildcat cousins, but hace the sensibility and adaptability of a domestic cat breed. Do you want to discover more about this wonderful cat breed? If you are thinking of adopting an Ocicat, you will need to know everything about its characteristics, care and health. AnimalWised brings you information on these care needs of the Ocicat as well as much more. A very affectionate breed, you will see that the main needs of the Ocicat involve reciprocating the mounds of love they show to their human guardians.

Origin of the Ocicat

The curious Ocicat breed has relatively recent origins. Their roots lie with an American breeder in the 1960's who crossed a Siamese cat with an Abyssinian/Siamese mix. The result was a litter with very particular specimens displaying an ivory coat with golden and dark spots. However, this was not quite the beginning of the breed. These kittens were sterilized, but they were seen to be so desirable that attempts were made to cross other Siamese/Abyssinian breeds until it was replicated in the litter.

At first, it was only Siamese and Abyssinian crosses, but eventually other cat breeds were included to hybridize the breed and reinforce their genetics. This is because a more diverse genetic heritage reduces health problems and creates a stronger breed overall. In a very short time, the Ocicat became recognized by breed standards organizations, such as The International Cat Association (TICA) in 1987 and by the Fédération International Féline (FIFE) in 1992.

After years of work, the breeders achieved their goal and were able to create a new domestic cat breed which had the physical resemblance of the ocelot. The Ocelot is a larger wildcat which is native to the Americas. This is where the Ocicat derives its name by merging the words ocelot and cat. As we have suggested, the name and looks may be similar to the ocelot, but the Ocicat's temperament is much different. If not, they would be completely unsuited to living as a domestic cat.

Physical characteristics of the ocicat

The Ocicat is somewhat changeable in size, but is generally a medium to large cat breed. They can weigh anywhere between 2 and 6 kilos. As we can see by the pictures below, there are considerable physical differences between individuals. Although an Ocicat may be purebred, there are different standards recognized. Generally, however, it is true that females in the same litter are smaller than males, something not uncommon to domestic cat breeds.

Looking at the physical attributes of the Ocicat, we can see they are wiry, stylized and athletic looking. Their extremities are long, muscular, with shorter fore-legs and compact paws. Their tail is long and wider at the base than the tip. The Ocicat's head is triangular shaped, but with very soft and rounded edges. This helps to highlight their beautiful almond shaped eyes. Their eye color can present in almost any color, but blue eyes are generally not accepted, except in the rare cases where their coat matches this eye color.

The coat of the Ocicat is short and fine, but also dense. They have a shiny appearance and soft touch which makes their silhouette stand out distinctively. The Ocicat's coat pattern is one of its key characteristics. It is one of the main things which gives them their wild appearance and resembles the ocelot. The tone of the Ocicat's coat is lighter on the face around the chin. It is much darker on the face, the leg and the tail, darkening the most at the tip. Many colors are officially accepted for the Ocicat, but they will need to have the unique spotted tabby pattern. Colors include: lilac, blond, brown, blue, silver and fawn.

Character of the Ocicat

Although the Ocicat has a wild aspect, their character is one of a very loving and playful cat. The problem generally lies with those who have not dealt with them before due to the mistrust Ocicats can show to those they are unfamiliar with. Once they do grow to know you, it is most likely they will shower you with love and affection, especially if they are given the right level of attention.

In general, Ocicats are a very active breed, loving to play, jump and generally be active. This doesn't mean the Ocicat is hyperactive. In general, they have a very balanced nature. It should be noted, the Ocicat is also very intelligent. They especially love to play intelligence games which can grow ever more elaborate and challenging to keep their intellect intact and to satiate their curiosity.

Although the Ocicat is an excellent companion for families, elderly people, couples or singletons, they do not always adapt well to living with other cats. They tend to show a remarkably dominant attitude toward other felines, especially if you are trying to socialize an adult cat. For this reason, if you already have a cat in the household and are wanting to adopt an Ocicat into the family, you will need to do so progressively. Their introduction will need to happen over a gradual period and it may be the case they do not adapt. This is why it is so important to socialize Ocicats when they are young. If you want to introduce an adult Ocicat, then you will need to know how to present one cat to another.

The Ocicat also has a very distinctive meow, somewhat similar to the Siamese. They often use this vocalization, especially when interacting with we humans. This is one of the reasons it is so important to understand what they are trying to communicate to us as guardians.

Care of an ocicat

Although they will self-groom as much as other cats, the Ocicat does not need as much intervention from us as some. They will only need to be brushed once or twice a week to maintain their coat. A sporadic bath may be needed, but it will depend on the cat's activity. Although their fur is short, they will still go through the molting season. They may need some malt paste to prevent hairballs which can cause gastrointestinal upset.

We need to take care of the Ocicat's diet by providing quality food which meets all their nutritional needs. A balanced diet can include treats, but not too many. Due to their intelligence and need to engage cognitively, they will need plenty of toys and intelligence games. This is necessary to channel their energy in a non-destructive way.

Due to the Ocicat's low tolerance of loneliness, it is essential we provided them with sufficient interaction. It is not enough to leave toys and provide environmental enrichment. We need to engage with them and show attention. They like to be pampered and will make you know if you are not doing it enough. Likewise, socialization is very necessary, especially if you want to keep them with other animals.

Perhaps due to its wild heritage and rich genetic history, the Ocicat does not present with significant congenital diseases. They are robust and resistant to health problems. In spite of this, they are also a relatively recent breed, so time may still be required to observe whether there are health issues which simply have not yet been detected.

Regardless of their predisposition to being healthy, we need to ensure we provide sufficient care They will need their vaccination schedule and deworming programs to be well adhered to. Veterinary checkups are similarly necessary. As a long-eared cat breed, we should pay particular attention to their ears for the presence of mites or parasites. When brushing, we will also need to keep an eye on their coat. No matter what their genetic history may be, any cat can still be prone to fleas and ticks if they are present in their environment.

Javanese Cat
Peterbald Cat
Ceylon Cat
American Curl
Related articles
New
Albendazole for Cats - Uses, Dosage and Side Effects
New
My Cat Is Not Peeing Anymore - Causes and Treatment
New
My Cat Keeps Biting My Hand
Why Does My Cat Bite Me Gently While Purring?
My Cat Peed on Me - Why and What to Do
How Many Kittens Can A Cat Have?
Metamizole for Cats - Dosage, Uses and Availability
Aural Hematoma in Cats - Causes and Treatment

Upload a picture of your Ocicat 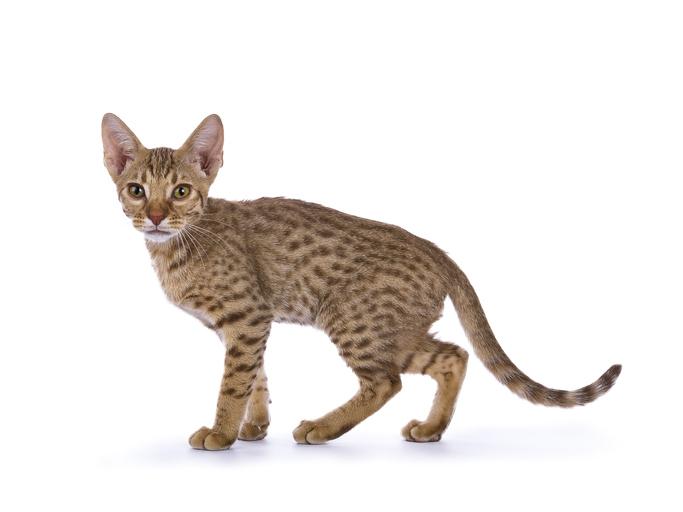 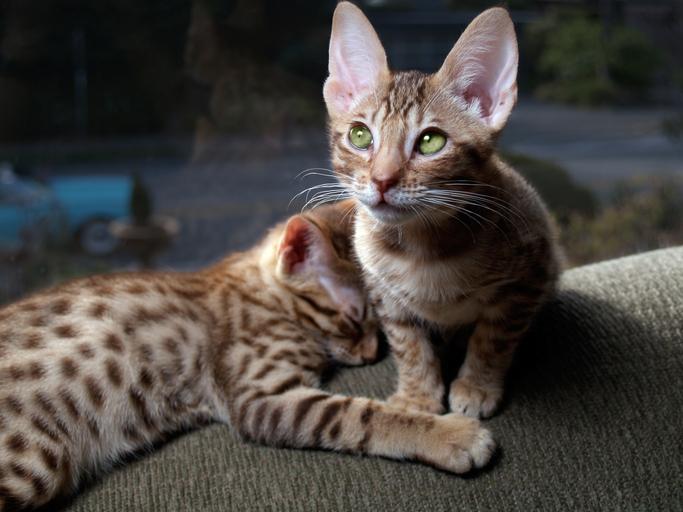 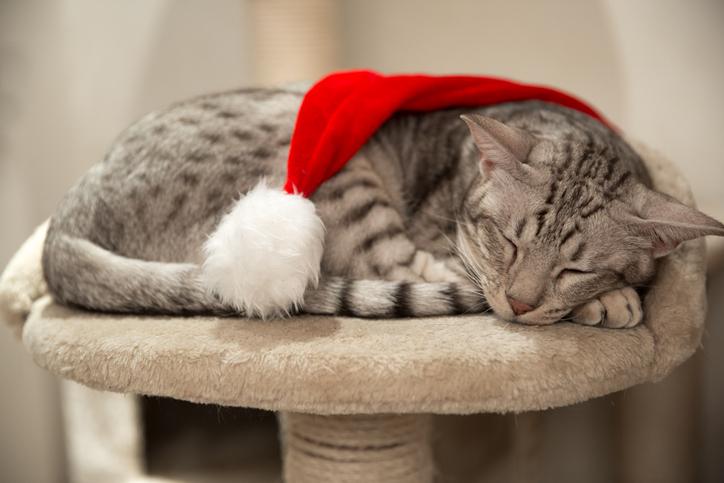 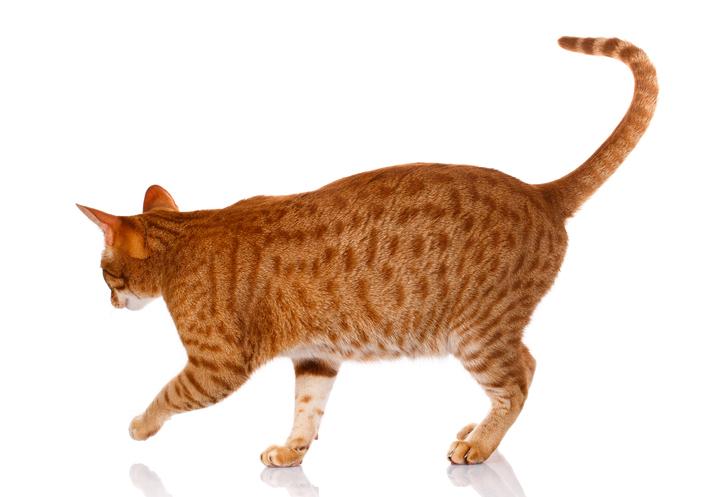 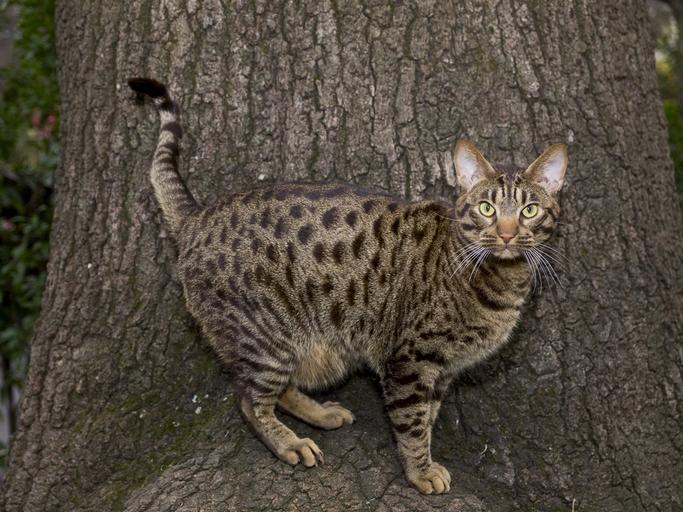