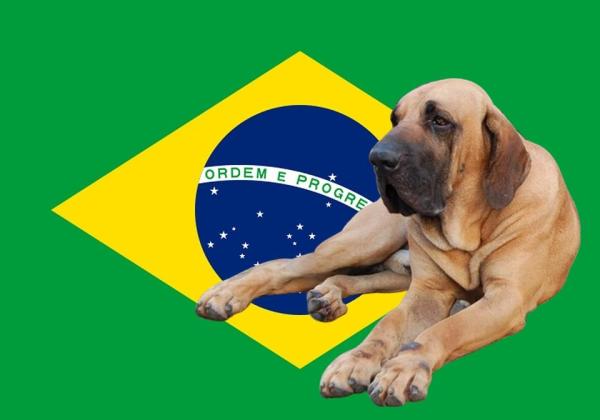 Among the South American countries, Brazil stands out not only for its continental dimensions and its multifaceted culture, but also for its enormous natural diversity. From North to South of the Brazilian territory, we find diverse ecosystems that make up a privileged bio-diverse landscape.

Although this tropical country is usually associated with more exotic species, some dog breeds are representational of the Brazilian history and its culture. In this AnimalWised article, we will be discussing common dog breeds from Brazil.

Brazilian Mastiff: The first of the Brazilian dog breeds

The Fila brasileño, also known as the Brazilian Mastiff, is a very large dog. With its privileged muscular mass, this canine exhibits a powerful and imposing presence. Its body has a rectangular and slightly inclined profile. Its skin is thick and has little adherence to his body, providing a few wrinkles to this genuinely Brazilian breed.

Beyond its striking body texture, this dogs way of moving is quite peculiar. They are one of the few dogs that, when walking, simultaneously move the front and rear legs of the same side. This very strange way of walking is popularly known as "camel walking", due to its clear similarity with the movements of a camel.

This Brazilian breed owns a strong personality and its temperament is somewhat complex. In its family nucleus, these dogs reveal themselves as affectionate and devoted to loved ones, also demonstrating a remarkable patience with children. However, they can be reserved and may be unfriendly or distrustful of unknown people and animals. Therefore, this breed require experienced tutors and owners who have the dedication and ability to educate them positively. In addition, this breed must be socialized early on in their lives in order to learn how to relate to people, other animals and their own toys.

Regarding its history, we know that the Brazilian Fila originates from crosses between native dogs of Brazil and some breeds introduced by the Portuguese colonizers, such as the Bulldog, Mastiff and Bloodhound. Currently, there are still some disagreements about how these crosses occurred. Some historians say that they happened naturally, while others claim that they were intentionally bred to create a very strong and resilient breed, with remarkable skills for hunting and guarding.

First, the breed was used as a "multi-functional" rural worker: it protected the land of the settlers, shepherded the flocks and persecuted slaves who tried to flee (slavery was legal in Brazil until 1888). At this same time, these dogs were also used to hunt large animals (mainly cougars and other felines). Subsequently, these furry ones were trained as police dogs and have also won their place among the best guard dogs, and are often adopted simply for this reason.

In 1940, The Fila brasileño was recognized by the AKC (American Kennel Club) as the first breed of dogs in Brazil to be officially registered by an international canine society.

The Brazilian terrier is better known as fox Paulistinha in his country of origin. This is a small to medium sized dog, whose exact size is determined by its genetic inheritance. Its body has a square profile and exhibits soft lines, which gives a very elegant appearance to this charming representative of the Terrier family.

One of the most outstanding physical characteristics of this breed is its short and smooth hairs that are glued to each other, stuck to the body. This type of very dense and attractive coat is called "rat fur".

The Brazilian terrier is a hyperactive, intelligent and curious dog with a very cheerful and insightful temperament. When they receive a good education, these furry animals can easily learn a lot of tasks, tricks and canine sports. Despite being very affectionate and loyal to their families, the fox paulistinha is an independent dog, with a strong personality. This dog can be stubborn and territorial when its owners do not train and socialize it correctly.

Experts tell us that the fox paulistinha was born from crosses between native dogs of Brazil, fox terrier and jack Russel terriers . It is said that the settlers used to travel with small terrier dogs to avoid the proliferation of rats in their ships. However, it is estimated that the appearance and behavior of the current Brazilian terrier could have been later influenced by crosses with Pinschers and Chihuahuas.

Before becoming famous for being pets, this breed were used for hunting small animals and as guard dogs.

This breed was born during the 19th century in the southern region of Brazil. It is a cross between the English bulldog and the Bull terrier. As presumed, it is a medium-sized dog with strong muscles and a great vocation for work. Despite not having "crossed borders", the Campeiro Bulldogs (also known as Bordoga) was very popular in Brazil until the 70’s.

In principle, these dogs were used to monitor and control cattle in the southern region of Brazil, mainly in the states of Rio Grande do Sul and Santa Catarina. Because of their strength, resistance, speed and willingness to work, they were taken to the central region of the country, where they were used to kill pigs and other animals for human consumption.

When sanitary measures in slaughterhouses were regulated and reinforced in the 70’s, the bulldog Campeiro was almost extinguished from Brazil. However, some breeders dedicated themselves to "rescue" the breed, generate new "pure" lineages and create a better defined aesthetic pattern in order to achieve official recognition.

In 2001, the Brazilian Confederation of Canines officially recognized the Campeiro Bulldog. However, admirers of this genuinely Brazilian race continue to dedicate themselves to obtaining the international recognition of the FCI (World Canine Organisation).

The Brazilian tracker, was a scent-hound type hunting dog. It was a medium sized dog, whose height at the cross used to vary between 62cm and 67cm. It was a god with an energetic and sociable temperament, but could become be somewhat "stubborn" when he did not receive adequate training from his tutors. Currently, some Brazilian breeders are trying to re-breed this original breed, but have not yet succeeded.

The history of the mountain bulldog is often confused with that of the Campeiro Bulldog. The Brazilian Confederation of Canines affirms that, in fact, both races have always existed, but it is their physical similarities and sharing some ancestors which generated certain confusions.

The first mountain bulldogs emerged from crosses between native dogs of southern Brazil and old English bulldogs , who accompanied the first European immigrants who settled in the Southern region of Brazil. However, it is estimated that the appearance and behavior of the mountain bulldog was also determined by crosses between the Spanish Alano and the Terceira Row (a breed of Portuguese origin that is also now extinct).

Historically, this bulldog was used to protect fields of southern Brazil and herd cattle. Currently, this breed is recognized by the Brazilian Confederation of Canines, but not by international canine societies.

The Brazilian Dogo ( or The Dogo Brasileiro) originates from a cross between a male Bull terrier and a female boxer. Its creation is attributed to Pedro Pessoa Ribeiro Danta, the renowned Brazilian creator of the bull terrier breed of the 60's and 80's. However, popular history states that, in fact, it was a neighbor of Danta who asked him to cross one of his bull terrier males with a female boxer from the neighborhood. Thus, in 1978, the first dogs of Brazilian Dogo were born. This was the first breed of dogs from Brazil created in an urban environment.

Danta was left with one of the cubs born from this cross. When he noticed that the puppy grew very healthy with a strong, agile and elegant body, showing obedience and predisposition to training, Danta decided to continue breeding this dog. Initially, the breeder baptized the breed with the name "Bull Boxer", as a tribute to its parents.

The Gaucho Sheepdog (or Brazilian Collie) is another breed of dogs from Brazil that has been registered by the CBKC, but it is still awaiting the recognition of international canine societies. It is a medium-sized and intelligent dog, with remarkable agility and an active, alert and very loyal temperament. At first glance, we can recognize their resemblance to border collie dogs, but it is not yet known how many breeds intervened in this breed. Like all sheepdogs, this breed has been used mainly to shepherd cattle and protect land.

The Veadeiro Pampeano is a medium-sized dog, with a rectangular body and a rustic appearance. It is said that these dogs worked with as hunters in the rural environments. These dogs were known to be ruthless hunters, with incredible sniffind abilities. As a good hunting dog, the Veardeiro has very sharp senses and is always alert to the stimuli of its environment. Their temperament is balanced and obedient, which facilitates training. These dogs are extremely loyal to their guardians and very patient with children. However, they can be distrustful or unfriendly in the presence of strangers. Therefore, it is a breed that requires special attention when it comes to early socialization.

According to the CBKC, this breed has been present in the South region of Brazil since the 19th century, but has not yet won the recognition of the FCI.

Brazilian dog breeds that are not recognized

In addition to the dogs already mentioned, Brazil has other breeds that have not yet been recognized by the Brazilian Confederation of Canines or any other international canine society. Beyond not having official recognition, these dogs have accompanied the Brazilian people for centuries and are considered as historical-cultural patrons in some regions of Brazil.

Therefore, we do not want to forget these following breeds:

If you want to read similar articles to Dog Breeds From Brazil, we recommend you visit our Facts about the animal kingdom category.

New
25 Animals From Spain
How to Identify a Dog's Breed
Peruvian Guinea Pig Facts
Dog Breeds that Look like Wolves
Related categories
Endangered animals
Most read
1.
What Animal am I According to my Zodiac Sign?
2.
What Does It Mean When a Cat Shows Up at My Door
3.
The 10 Most Solitary Animals in the World
4.
Differences Between Crows, Ravens and Rooks
5.
How Many Types of Lions Are There?
6.
10 Smells that Attract Cats
7.
Animals With Scales - A Full List
8.
10 Most Beautiful Animals in the World
15 Rare Dog Breeds
Escaping from a Bear Attack
The 10 Most Popular German Dog Breeds
How to Tell a Male from a Female Goldfinch
Letter From an Adopted Dog to Her Owner
The Strongest Dog Breed in the World
Top 9 Dog Breeds with Blue Tongues
18 Oldest Dog Breeds in the World

1 comment
Rating:
a pooch lover from brazil
30/07/2019
according to google, mantiqueira shepherds have been recognized by SOBRACI! :)
Dog Breeds From Brazil 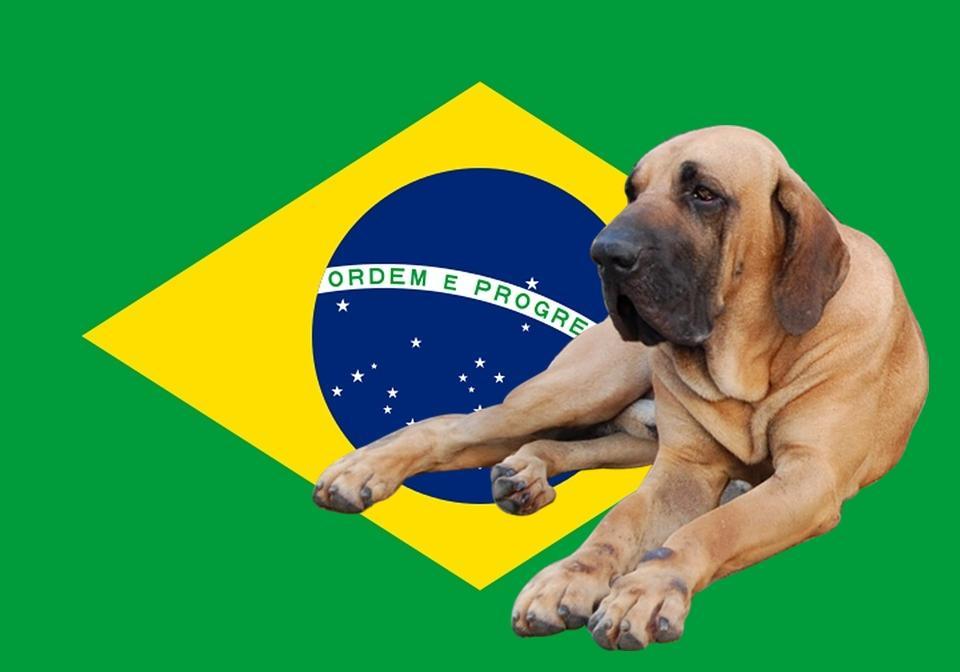 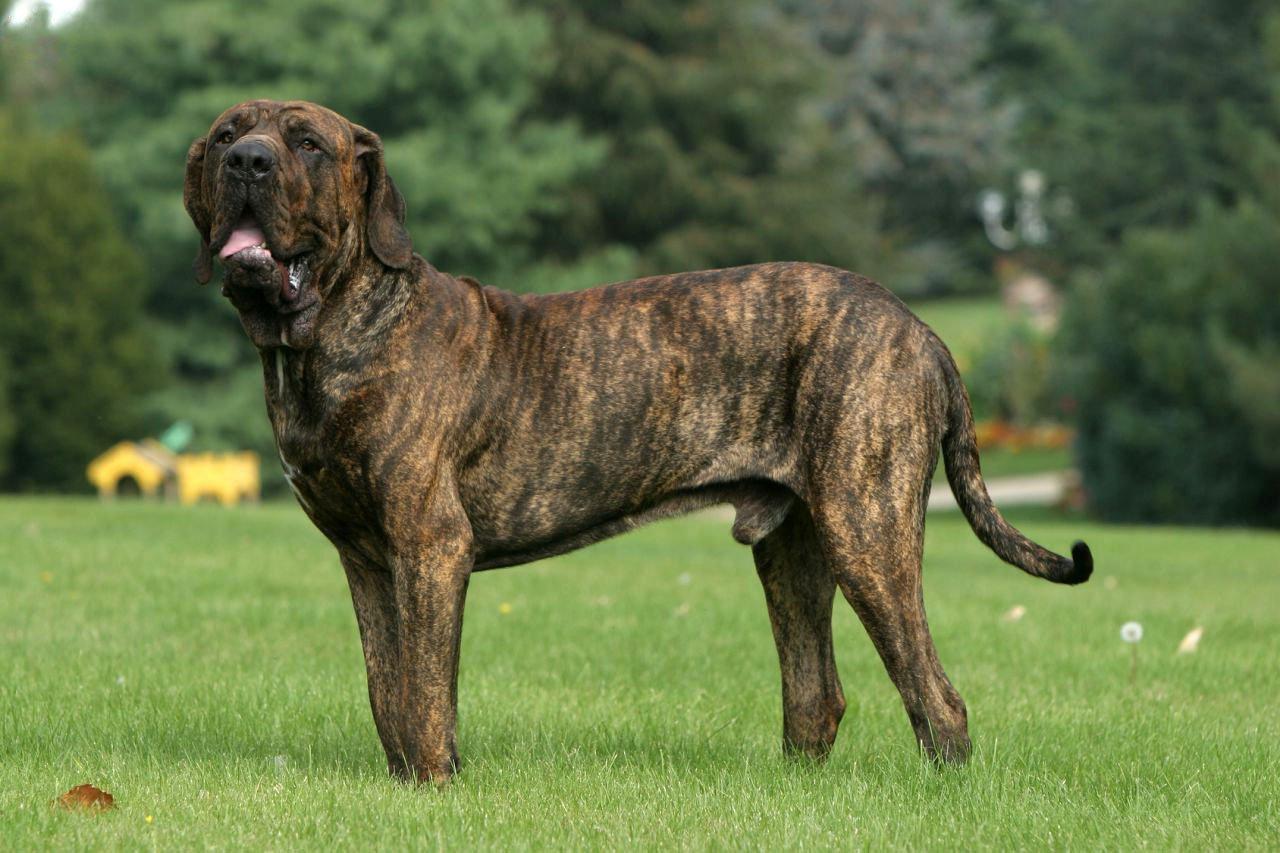 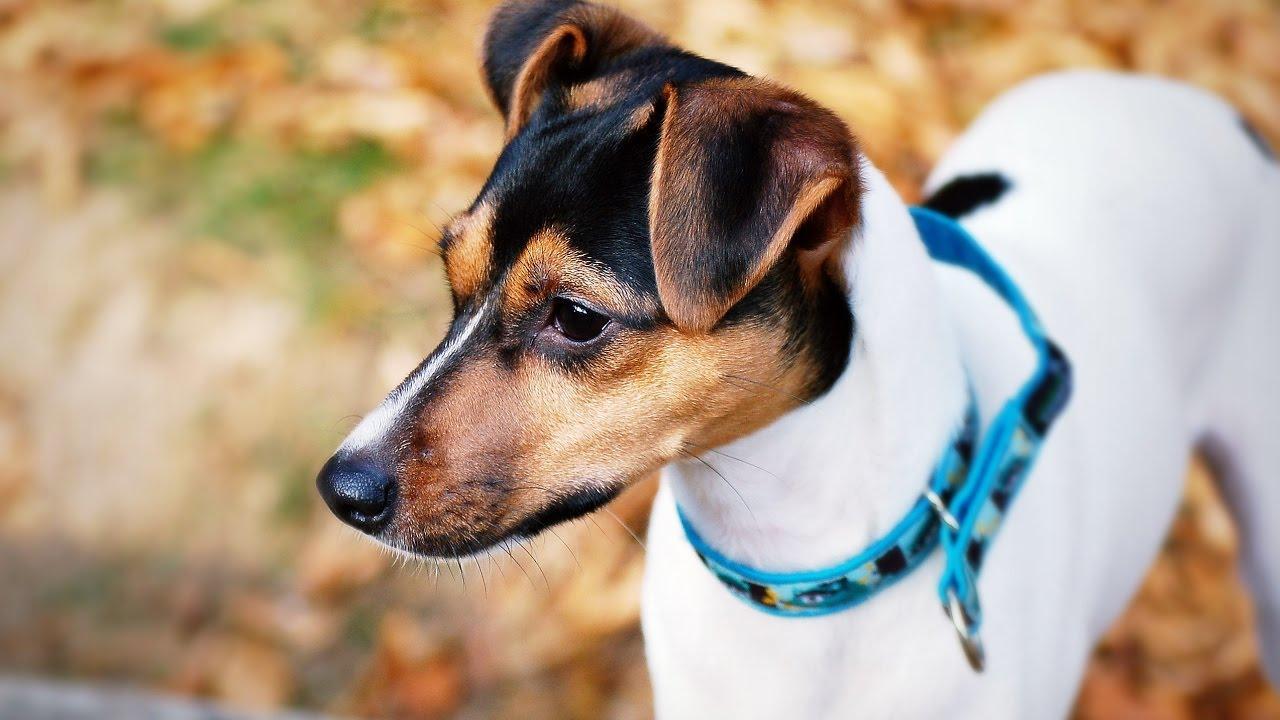 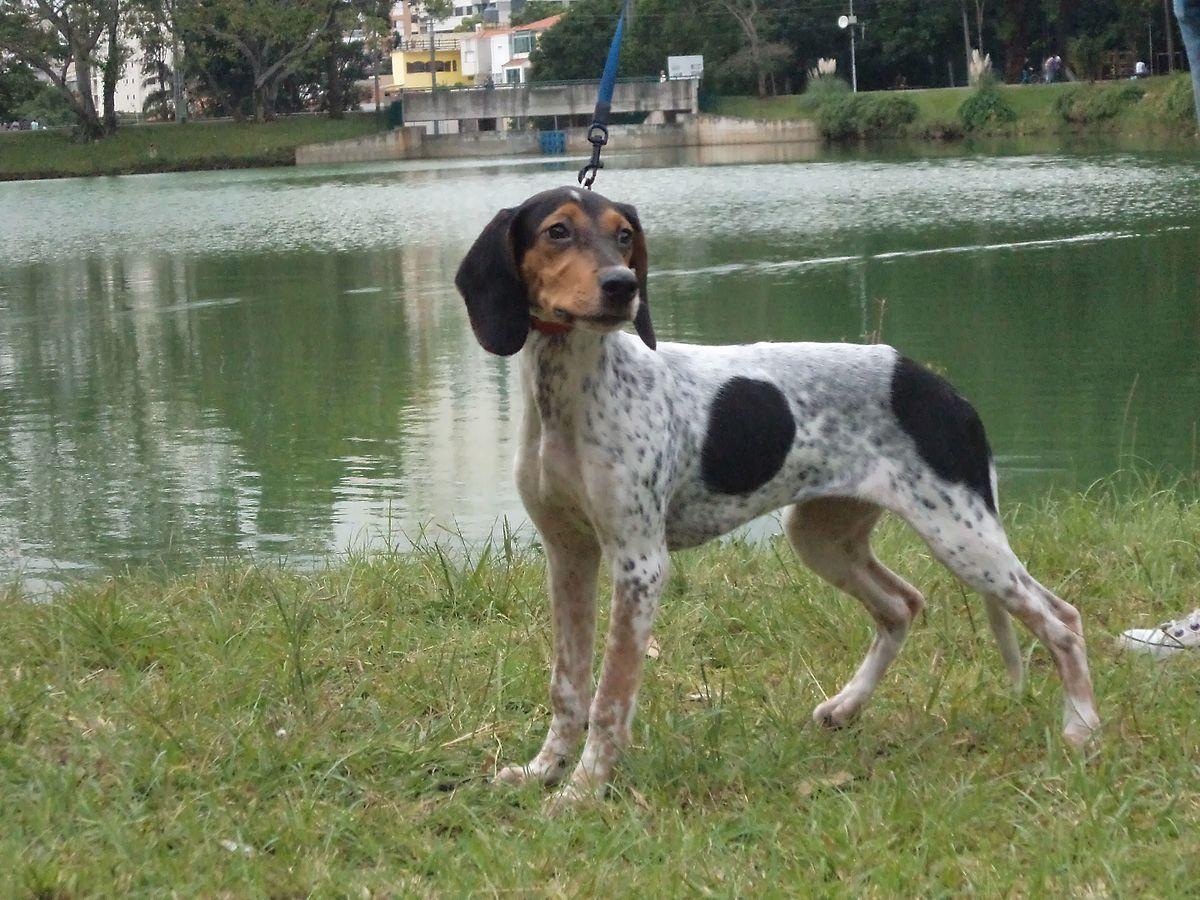 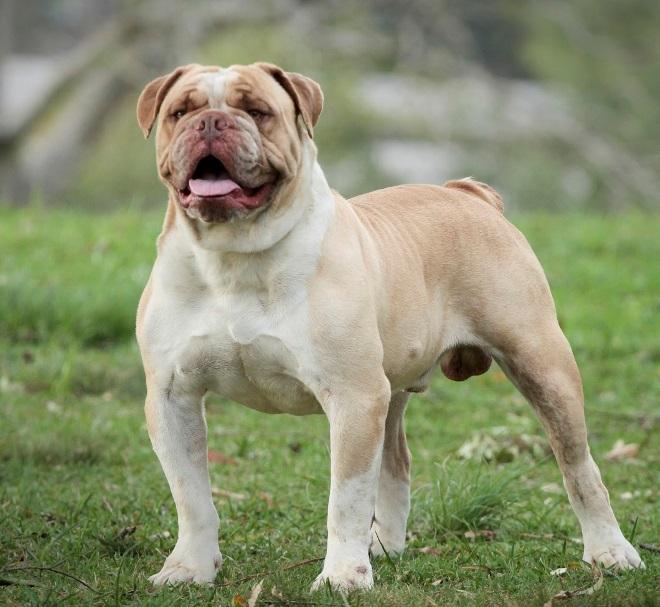 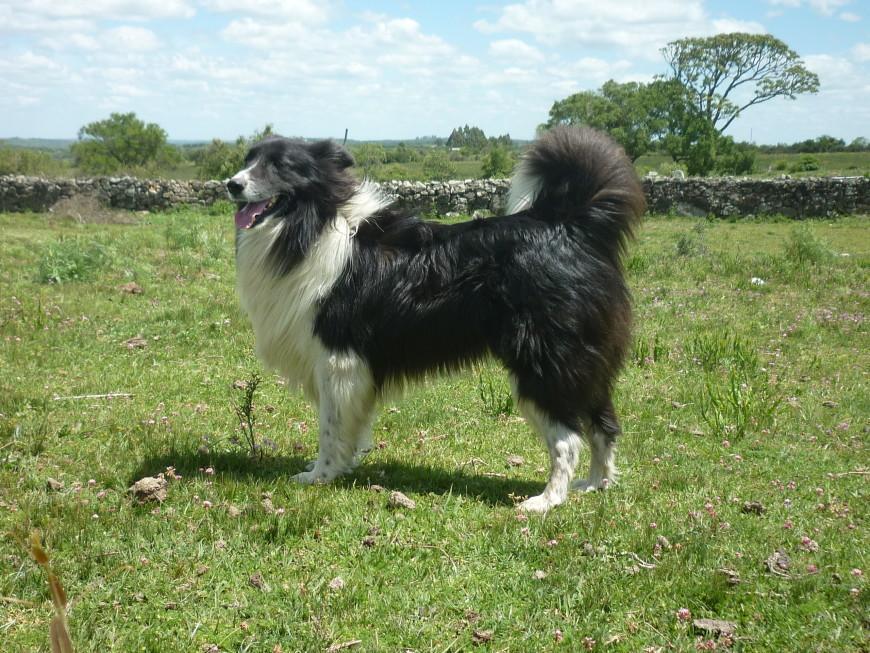 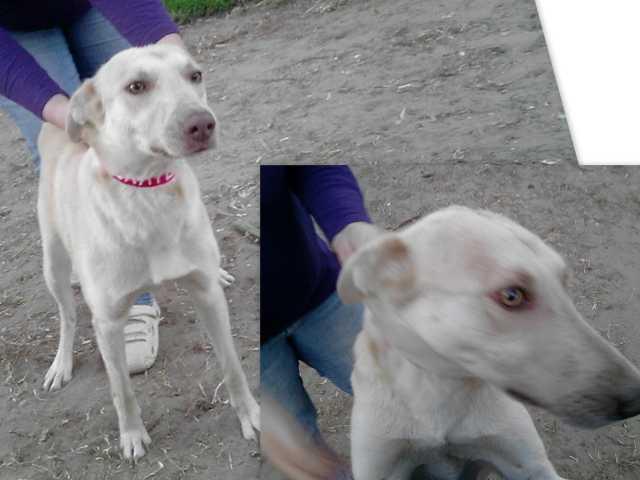 Image: viralatasecoracoes.blogspot.com.es
1 of 7
Dog Breeds From Brazil
Back to top