Bred in the 19th century to catch rats and mice on farms and other commercial properties, the Manchester Terrier is a relentless hunter. They have a lot of energy and are very brave, but also have an affable character and become close to their human family, including the little ones. If you like small and versatile dogs, you will fall in love with the Manchester Terrier. They can adapt to both rural and urban life, as long as their needs are adequately met. This means not only their need for physical exercise, but also for mental stimulation.

Do you want to know more about this beautiful animal? In this AnimalWised article, we tell you about the origin, characteristics, temperament, health and more of the Manchester Terrier dog breed. In doing so, we explain how you can provide the best care for this breed.

Origin of the Manchester Terrier

As the name suggests, this dog is originally from the Manchester region in the United Kingdom. Although it is not known exactly how the breed arose, it is thought their ancestors include the Whippet dog breed, a small dog similar to the greyhound. It is from Whippets the Manchester Terrier likely inherited their graceful and athletic figure that allows them to run high speed.

The Manchester Terrier reached its peak popularity in the mid-nineteenth century. It was then when the breed participated with great success in competitions for hunting rats and rabbits. Given their keen hunting instinct and a great ability to find and catch these small animals, the Manchester Terrier began to be seen in practically all taverns, ports and warehouses in England. This is where their hunting skills were used to eliminate pests of rats and mice, being better able to catch them in small spaces.

Over time, these dogs began to live in homes as pets. Although they were about to disappear during World War II, their population has recovered and today we can find specimens of the Manchester Terrier in many countries around the world. This British dog breed was officially accepted by the International Canine Federation (FCI) in 1954.

Characteristics of the Manchester Terrier

The Manchester Terrier is a robust dog, but with an elegant and athletic bearing, which is around 40 cm (16") in height at the withers and weighs 7-8 kg (15.5-17.5 lb). Their head is narrow and elongated, with a very small stop and a fine snout that tapers towards the nose. The truffle of their nose is shiny black.

The Manchester Terrier's eyes are relatively small, almond-shaped and dark, and it has. They have a pair of high-set ears in the shape of a ‘V’, whose rounded tip falls over the eyes, but without covering them. Although today it is a prohibited and undesirable practice, Manchester Terriers used to have their ears cropped to keep them fully erect, which is why some specimens are still seen with them. Fortunately, this cruel practice is being outlawed in many countries, something we very much support.

Regarding their coat, the hair of this dog is characterized by being very short, smooth, shiny and with a hard texture to the touch. The only color accepted by the breed standard is the bicolor black and tan. Both shades must be perfectly delimited and differentiated if entering competition.

As a typical terrier type dog breed, the Manchester Terrier stands out for being brave, tenacious and very energetic. It has a developed hunting instinct, so it tends to always remain alert to everything that happens around it and perceives any movement, no matter how subtle. The latter makes the Manchester Terrier a very vigilant dog that will not hesitate to bark to alarm the presence of a stranger.

Its marked character makes it necessary for a proper socialization of the Manchester Terrier puppy to avoid behavioral problems, especially directed towards other animals. Special attention must be paid to their education during the sensitive period of socialization, which ranges from three weeks up to approximately three months of age. However, with a good education, this dog is sociable and playful and enjoys the company of people, including children, with whom it usually has an affectionate and tolerant attitude.

It is important to take care of the diet of the Manchester Terrier, since an excess of food or a low quality of it can cause health problems in the dog. They are especially prone to being overweight or obese. To avoid this, their food must be chosen according to their physical needs and their individual characteristics, whether it is in dry, wet, cooked or BARF format. You should also have clean, fresh water always at your disposal.

Regarding physical exercise, this breed is very active and loves to go for a run or a walk. Time should be spent playing or walking with the dog. Although each individual has their needs and preferences, the ideal in general terms is to walk the dog at least three times a day and give them the opportunity to freely explore large and new environments . For example, taking trips to the field or the mountains on weekends. Likewise, it is an ideal dog to practice canine sports such as agility or canicross.

Caring for their coat is very simple, as they only need brushing once or twice a week to remove dead hair and maintain the shine and health of the coat. If the dog does not have any dermatological or similar problems, it will not be necessary to bathe often. This should only be done once a month or every two months, regardless.

The Manchester Terrier is a very intelligent dog that learns quickly as long as the training sessions are sufficiently motivating. Methodologies need to be based on positive reinforcement and play is important for them. This dog can become quite stubborn, so it is advisable their guardian has some experience in canine education and, above all, patience and time to dedicate to it.

Since the breed was used for many years as a hunter of rats, rabbits and mice, the Manchester Terrier has a strong chase instinct and goes after anything that moves fast. This can cause the dog to get lost or have an accident if they escape. That is why it is essential to train the call and use the leash when walking.

Being a small dog breed, many guardians tend to overprotect and isolate the animal, preventing them from interacting normally with other individuals. This causes significant behavioral problems, so it is essential to know their needs well and educate them in the same way as if they were a larger dog. Due to their hunting and alert instinct, if they do not receive adequate socialization, they are prone to barking at other dogs, animals or people.

The Manchester Terrier is robust and resistant. They generally enjoy good health and a long life expectancy, which is usually around 16 years. However, some pathologies affect them more frequently than others, such as:

Where to adopt a Manchester Terrier?

Upload a picture of your Manchester Terrier 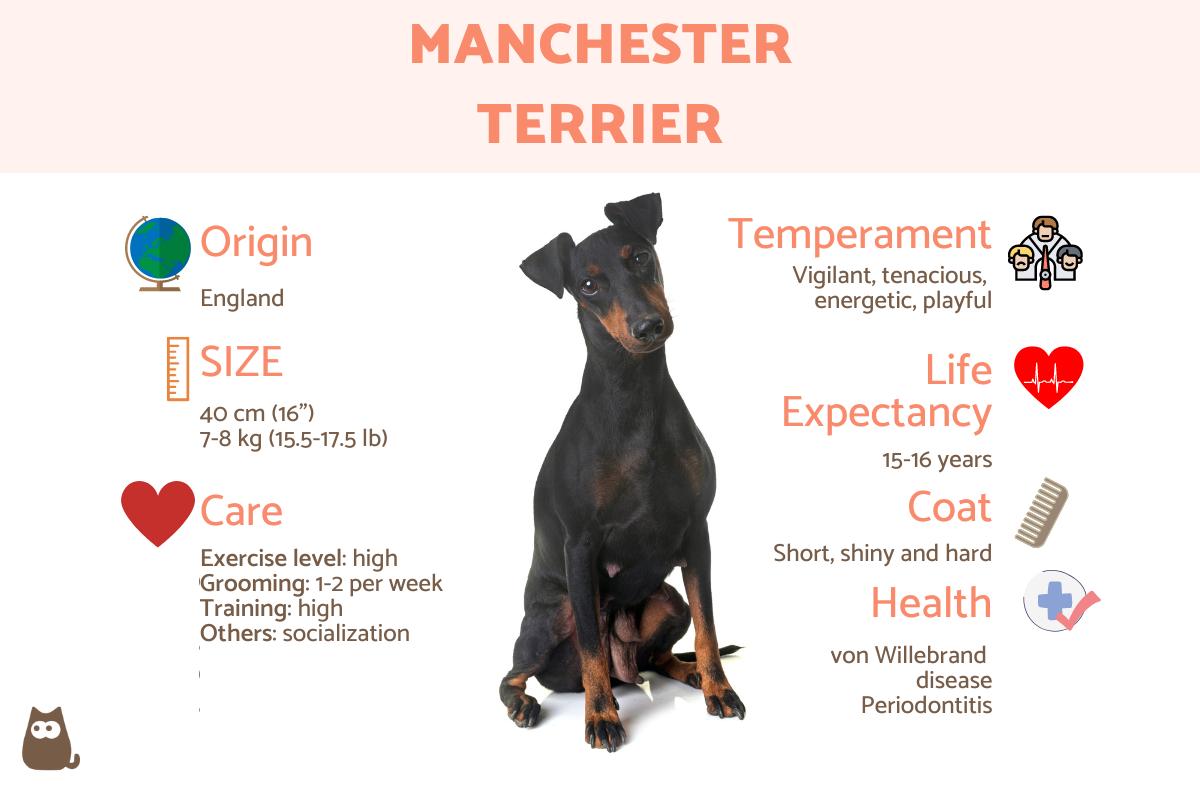 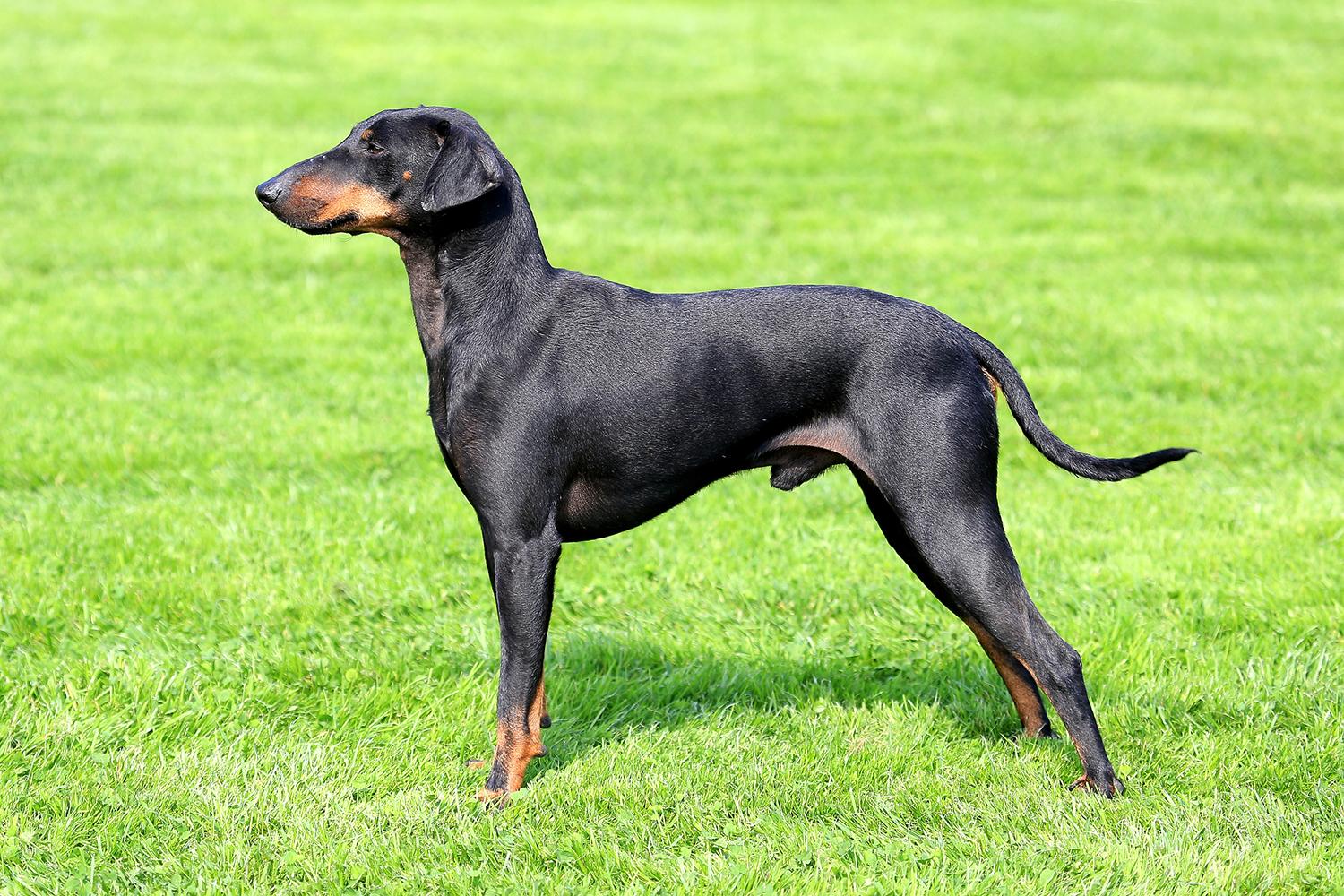 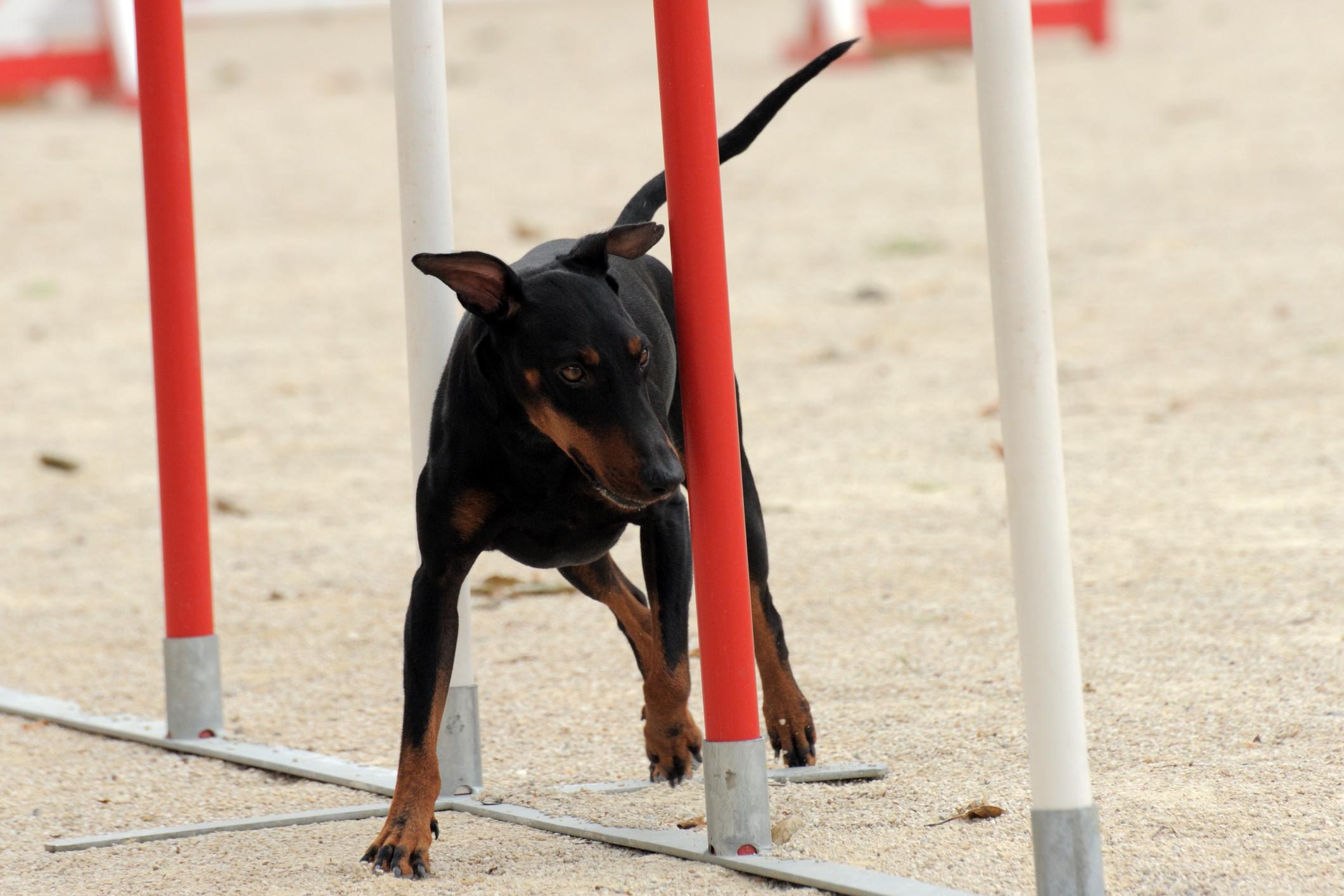 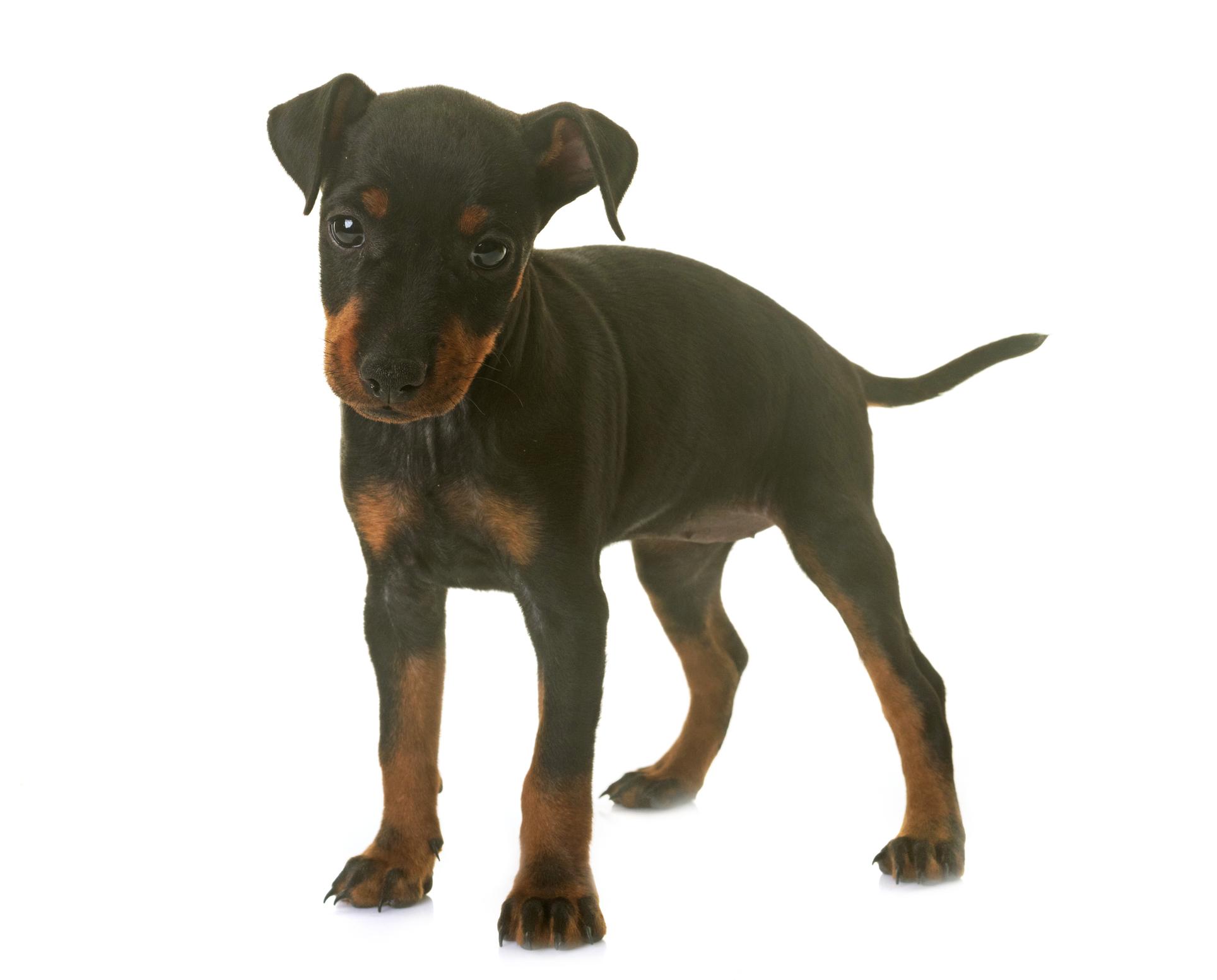 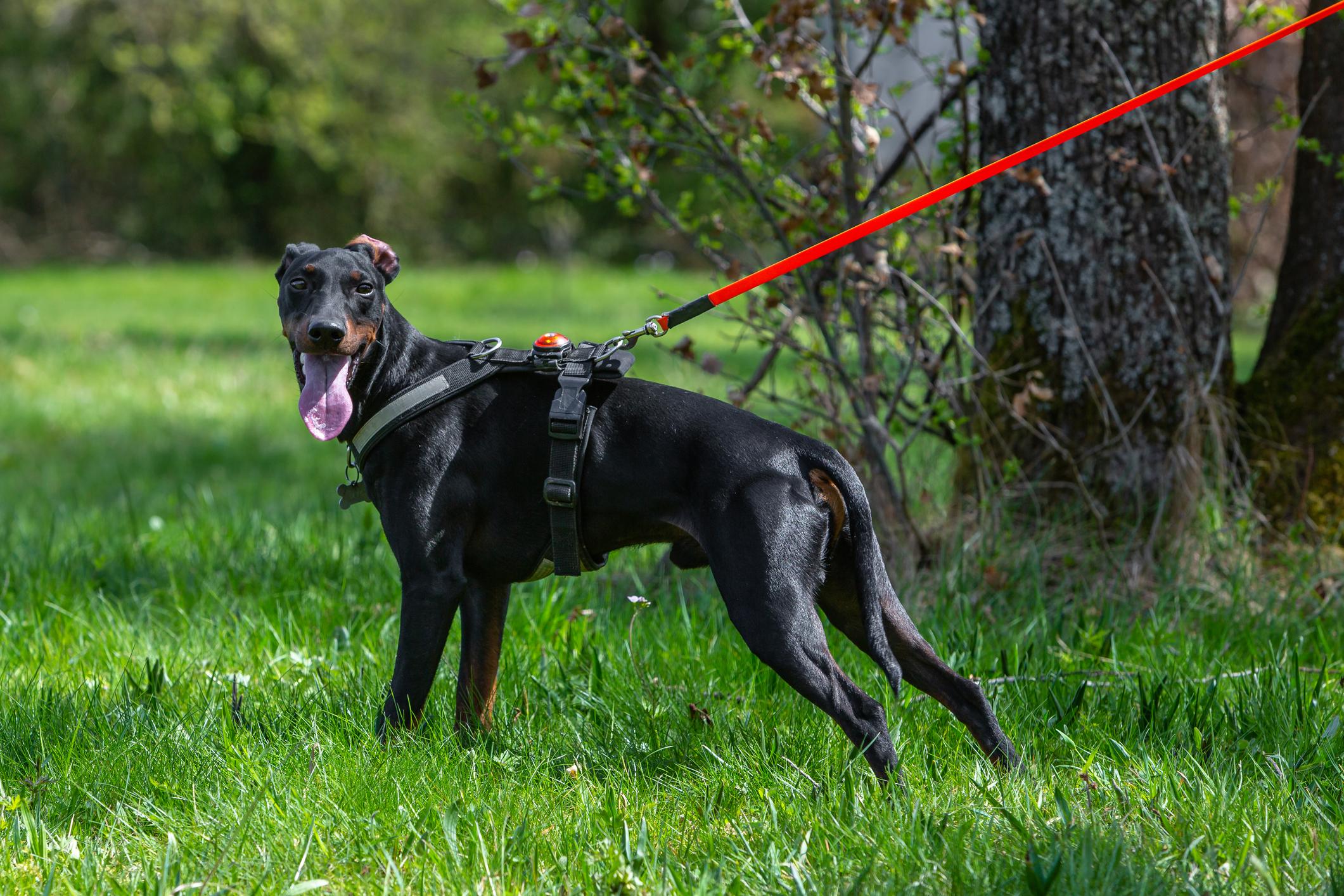 1 of 5
Manchester Terrier
Back to top