TOP 10 Strangest Cats in the World

Cats are incredible animals that bring laughter, affection and happiness to humans. Nowadays, there are about 100 officially recognized cat breeds, but surely, we don't know even half of them unless you are experts in the subject.

In this AnimalWised article, we are not going to show you all the cat breeds that there are but something better, the 10 strangest cats in the world! Those that, due to their physical characteristics, stand out above the rest of breeds and are particularly special.

If you want to adopt a feline with an unusual appearance, then you can discover the 10 strangest cats in the world.

You may also be interested in: The 10 Slowest Animals in the World
Contents

One of the strangest cats in the world is the LaPerm, a breed originally from Oregon, USA, named due to its characteristic curly and long coat (as if they had had a "perm"). The first LaPerm cat was born female and hairless, but after a few months it developed a silky, curly coat due to a mutation produced by a dominant gene. The curious thing is that from then on, almost all the males of this breed are born without hair and many others lose it and shed several times throughout their lives.

These felines have a sociable, calm and very affectionate character towards their humans, and are balanced and very curious.

Another of the strangest cats in the world and best known internationally is the sphynx cat, that is characterized by not having fur, although this statement is not correct at all, because they actually present a very thin and short layer of hair that is almost imperceptible through the naked eye and human touch. Apart from the absence of fur, the Sphynx breed is characterized by a robust body and large eyes that are even more noticeable in their bald head.

These felines appeared through a natural mutation and have an affectionate, peaceful and dependent temperament with their owners, but they are also sociable, intelligent and curious.

The exotic shorthair or exotic cat is another of the strangest cats in the world that arose from the cross between a British shorthair and an american shorthair. This breed has the complexion of a Persian cat but with short hair, being robust, compact and with a rounded body. Because of its large eyes, short, flat nose and small ears, the exotic cat has a tender and sweet facial expression, and may even appear sad at times. Their coat is short and dense, but still requires very little care and does not fall off much, so they are appropriate for people with allergies.

This breed of cats has a calm, affectionate, loyal and friendly personality, similar to that of the Persian cat, but these are still more active, playful and curious.

Continuing with the strangest cats in the world, we find the elf cat, that is characterized by not having fur but being very intelligent. These kittens are so called because of their great resemblance to this mythical creature and emerged from the crossing between a Sphynx cat and an American curl not so far ago.

Since they don't have hair, these cats need to bathe more frequently than the other breeds and also, they can't be in the sun much. They are also very sociable and clever.

The Scottish fold is another of the rarest cats in the world that comes from Scotland, as its name suggests. The breed itself was officially recognized in 1974 but mating between members of this breed has recently been banned by the British Veterinary Association due to the large number of serious bone abnormalities that occur when reproducing them, as this breed of cats has a genetic mutation that affects their cartilage. Likewise, this problem can also trigger arthritis in them and, although many proponents believe that if the Scottish fold crosses American shorthair or British shorthair this does not happen, the British Veterinary Association argued that all cats with bent ears suffer from this mutation.

The Scottish fold cat is medium sized and has a round head, large, rounded eyes and very small ears that are folded forward, making them look like an owl. Other notable features are their round feet and thick tail.

This cat breed has short coat but no specific colour. His temperament is strong and he has a great hunting instinct, but still, they are very friendly and easily adaptable to new environments.

Another of the world's strangest cats is the Ukrainian levkoy, an elegant looking, medium sized cat. Their main characteristics are the absence of fur or very little quantity, their bent ears, big and almond eyes of shiny colors, long and flat head, and their angular profile.

This cat breed that has a loving temperament, sociable and intelligent, was born a few years ago, in 2004, thanks to the crossing of a female sphynx and a male with droopy ears made by Elena Biriukova in Ukraine, so they are only found only in that country and in Russia. To know more about the origin of the Ukrainian Levkoy, find out here.

The Savannah cat, also known as Ashera, is one of the strangest cats in the world. This genetically engineered hybrid breed grew out of the cross between a domestic cat and an African serval, and has a very exotic look, similar to that of a leopard. They also retain many qualities and instincts typical of their wild ancestors, just like other hybrids like the Liger and Tigon. Their body is large and muscular, with big ears and long legs, and its fur has black spots and stripes like big cats. They the largest breed that exists but still, its size can vary a lot from one litter to another. They can sometimes be confused with Bengal cats.

There is some controversy as to whether domestication of the Savannah cats is possible because, in addition to maintaining many characteristics of their ancestors as we have already mentioned, they also need a lot of space to exercise and can jump up to more than 2 meters high. They can also become aggressive once they reach sexual maturity, so unfortunately there is a high rate of abandonment once they reach this point by their owners. However, they have a very loyal character and are not afraid of water. They can be a great pet if you know how to care for them.

This breed also belongs to one of the list of strangest cats in the world. It is the peterbald cat, a medium sized breed from Russia that was born in 1974. These kittens emerged from the crossing between a donskoy and an oriental short-haired cat, and are characterized by the absence of fur, have long bat ears, oval and long legs and a wedge-shaped muzzle. They have a slim and elegant build and, although they can be confused with Egyptian cats or sphinxes, the peterbald does not have a belly like the others.

Peterbald cats have a peaceful temperament and are curious, intelligent, active and very friendly, but they are also dependent and demand a lot of affection from their owners.

Another of the strangest cats in the world is the munchkin, which due to a natural genetic mutation, is a medium sized cat with shorter legs than normal, as if it were a sausage dog, making them in fact one of the smallest cats in the world too. In spite of this, they have no trouble jumping and running like the rest of the breeds, nor do they usually develop the many spinal problems associated with this type of body structure.

Despite having larger hind legs than the front legs, munchkin are agile, active, playful and affectionate minions, and can weigh between 2 and 3 kilos.

And we added the Cornish rex as one of the strangest cats in the world thanks to a spontaneous genetic mutation that originated their short, dense and silky wavy coat on the back. This mutation happened in the 1950s in southwest England, which is why called Cornish rex.

These medium sized kittens have a muscular and slender body, as well as their fine bones, but their fur can be of any color and do not need much care. Cornish rex cats are very intelligent, sociable, loving, independent and playful, and they love contact with children. Check out the best Cornish names that are perfect for this breed.

If you want to read similar articles to TOP 10 Strangest Cats in the World, we recommend you visit our Facts about the animal kingdom category.

TOP 10 Strangest Cats in the World 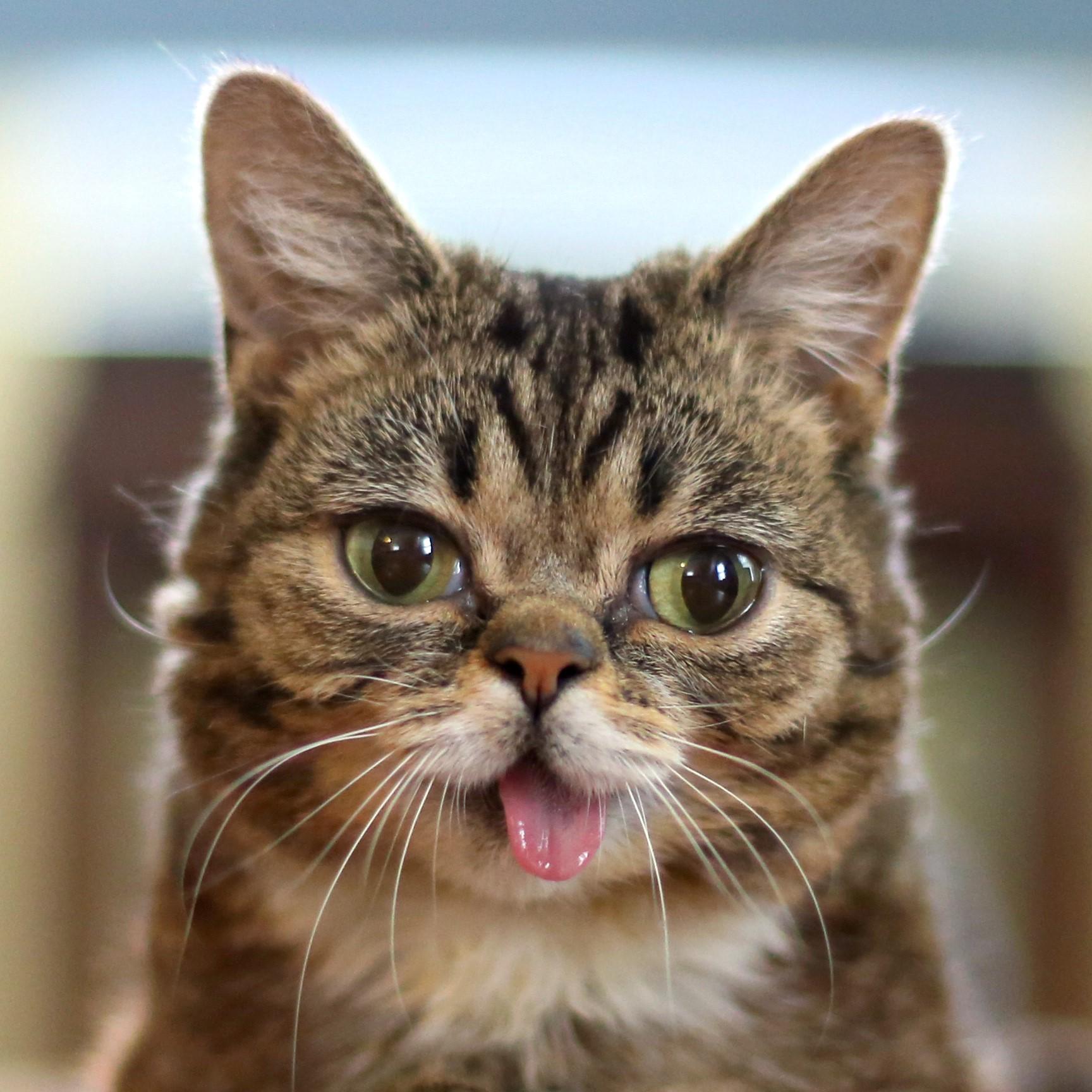 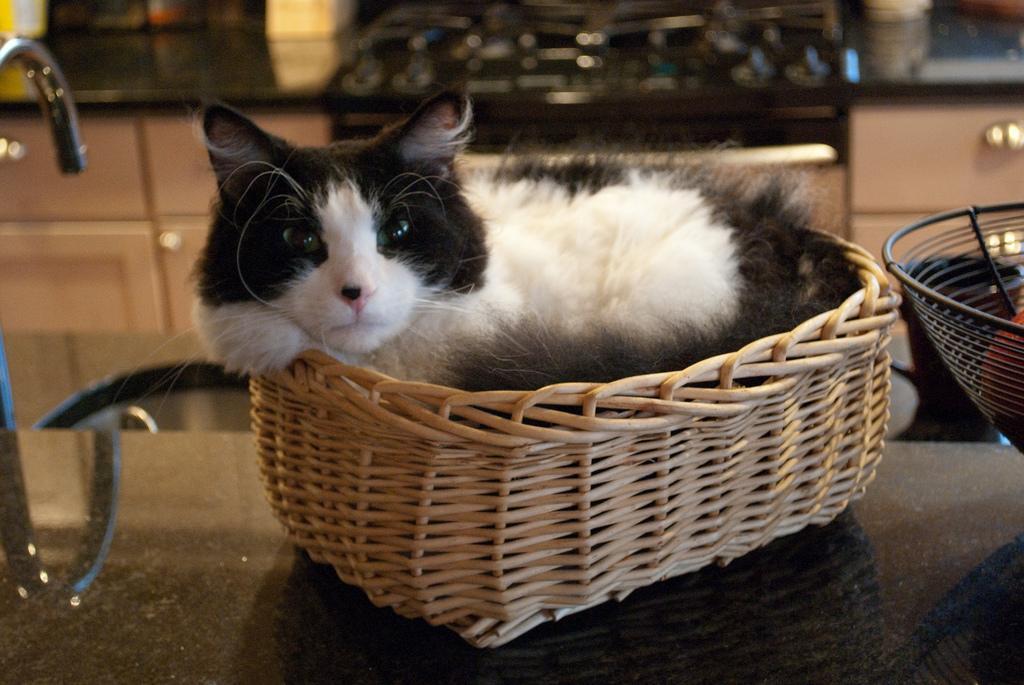 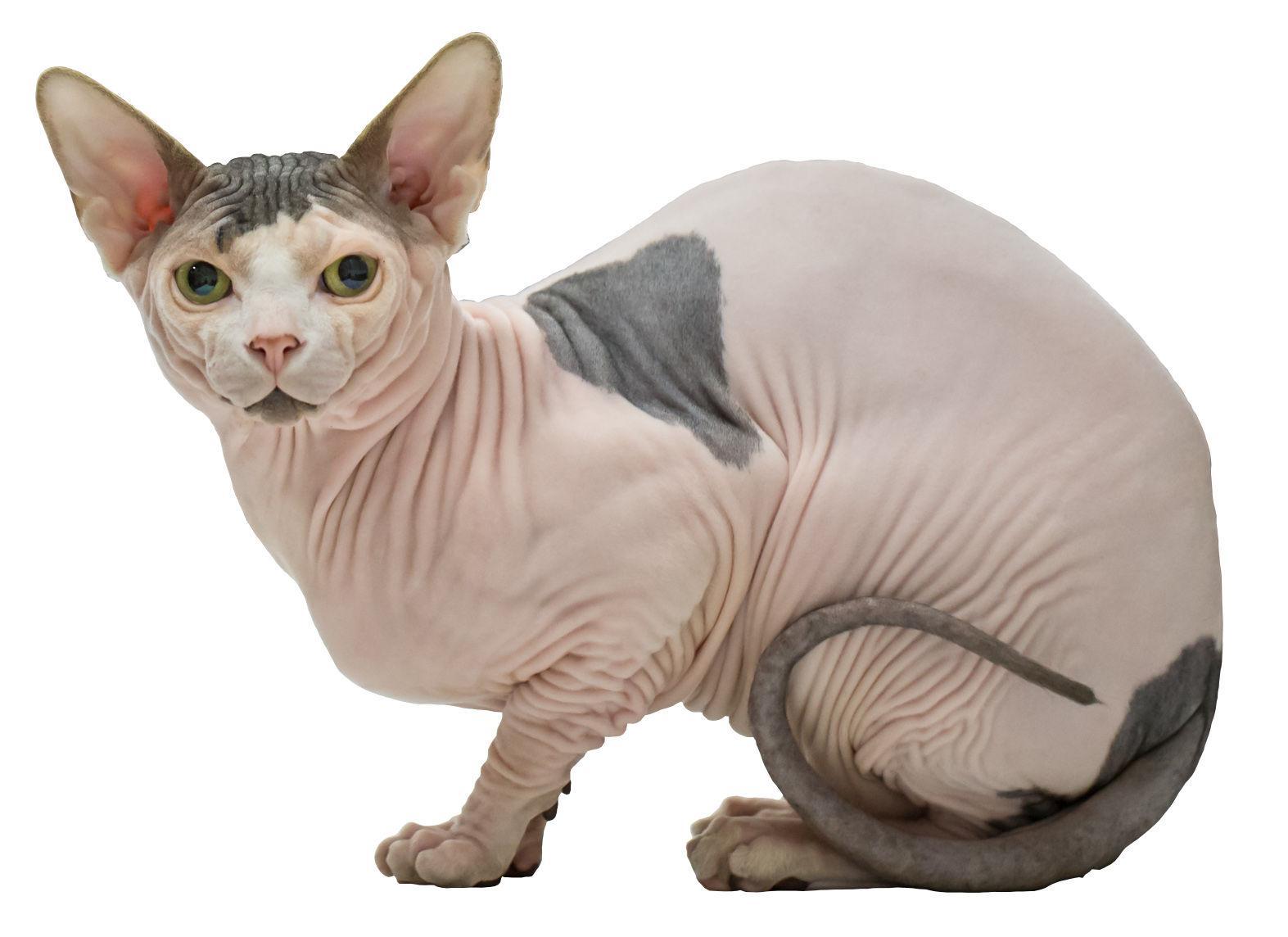 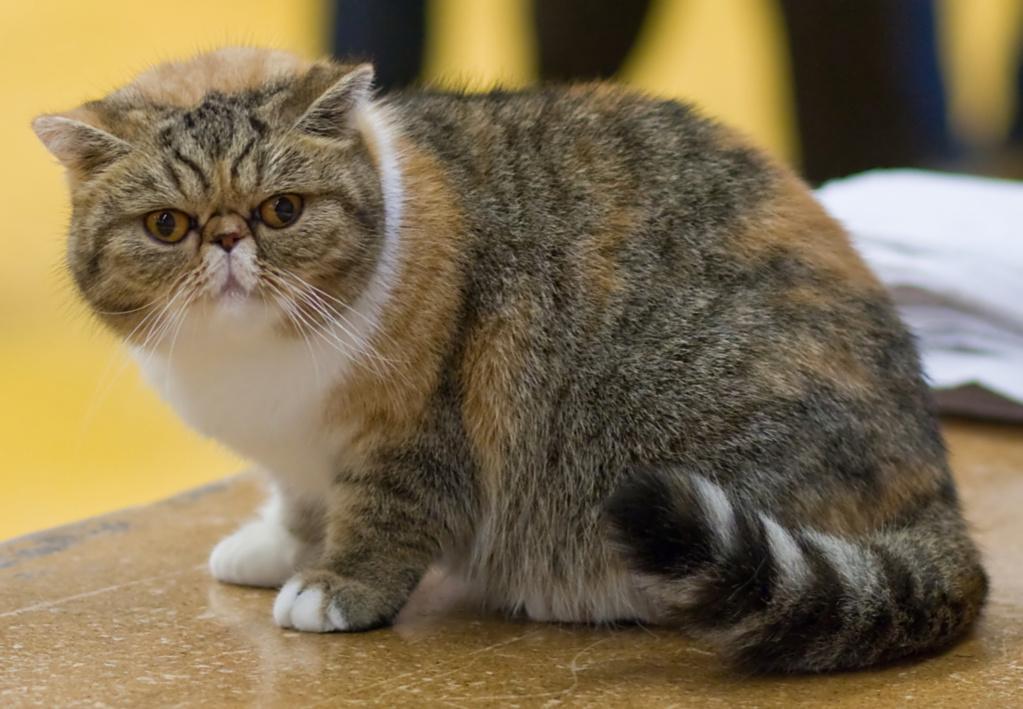 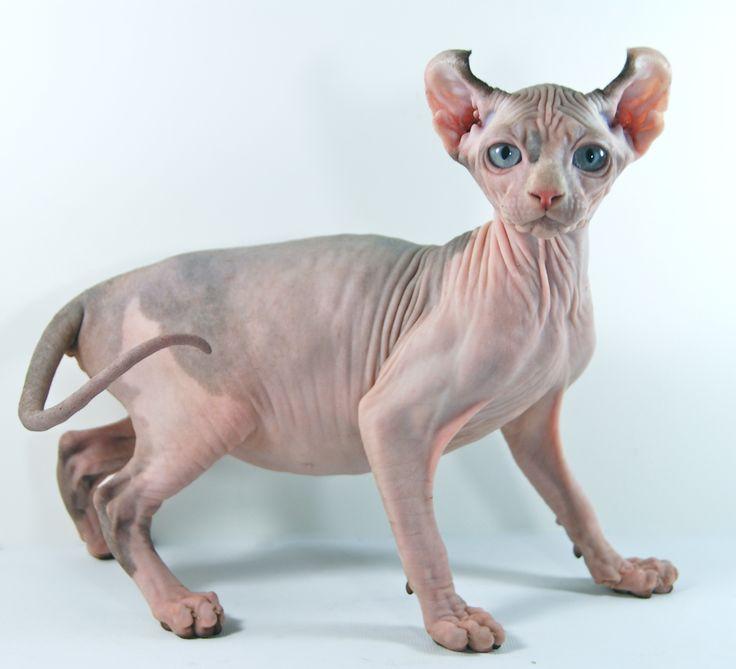 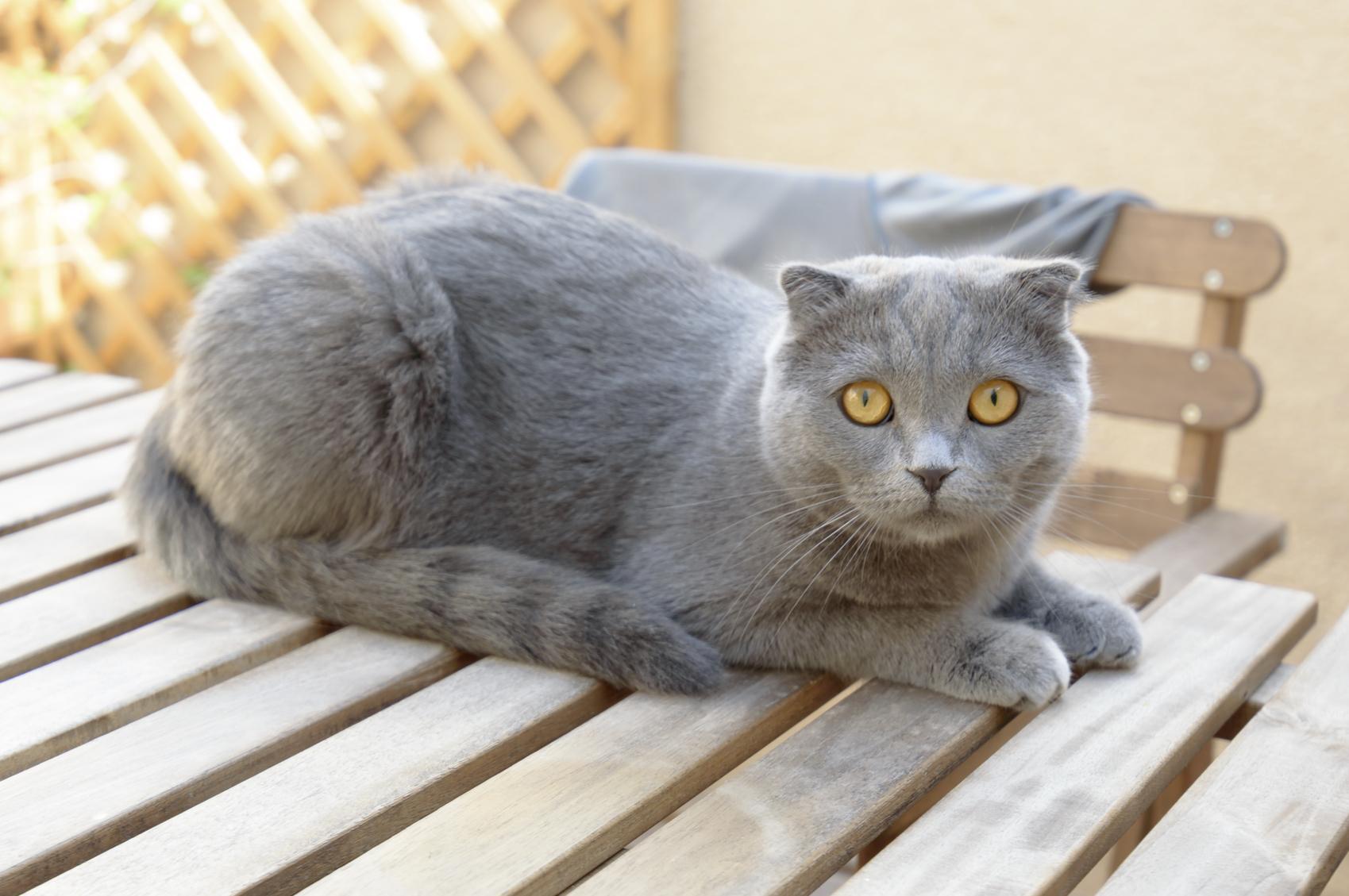 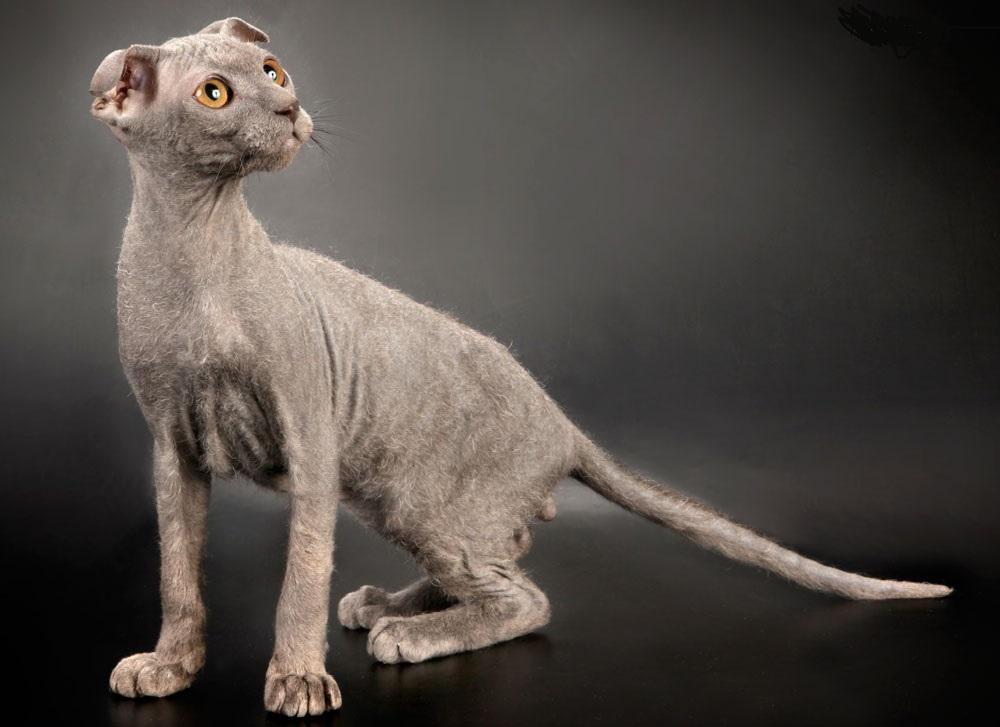 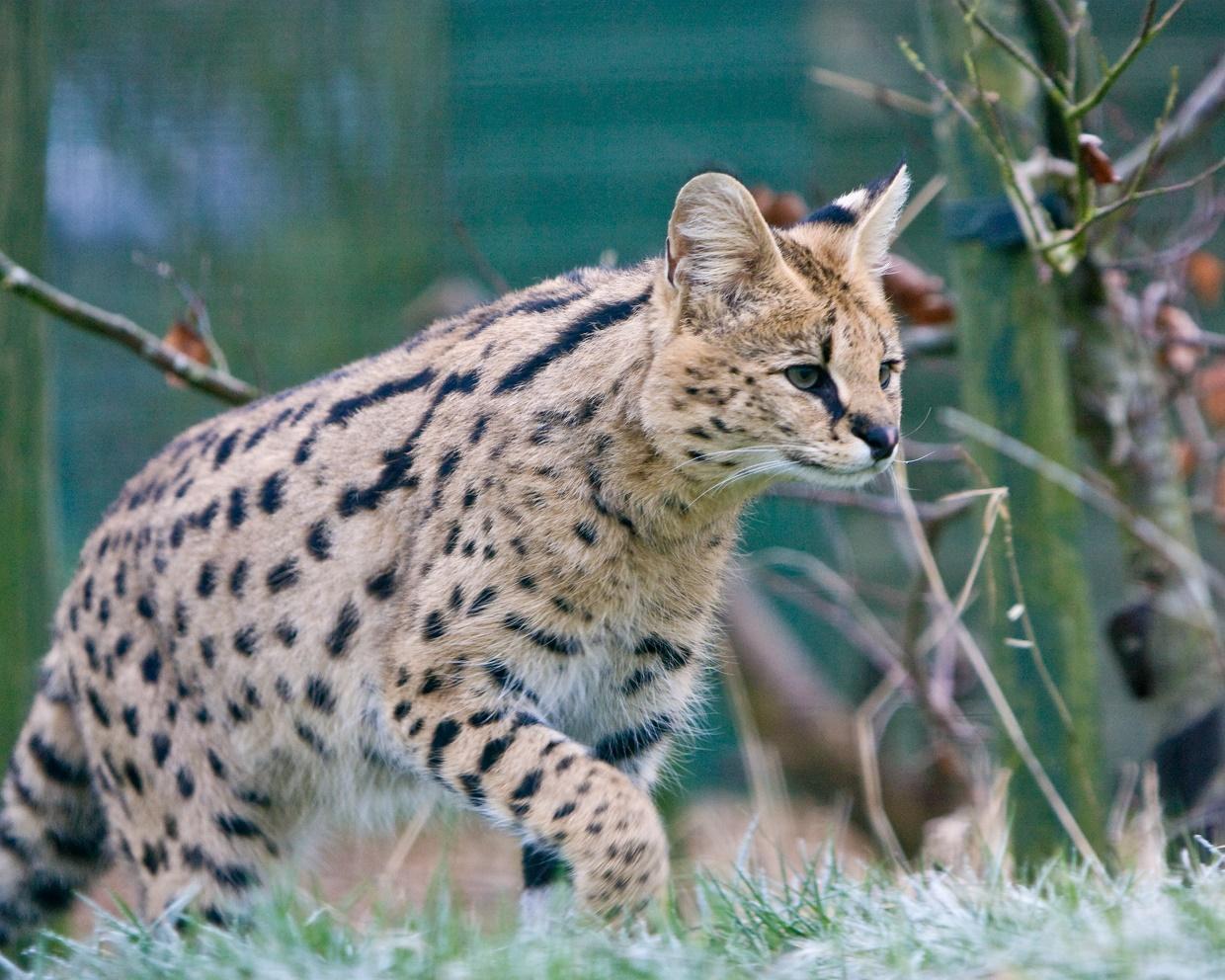 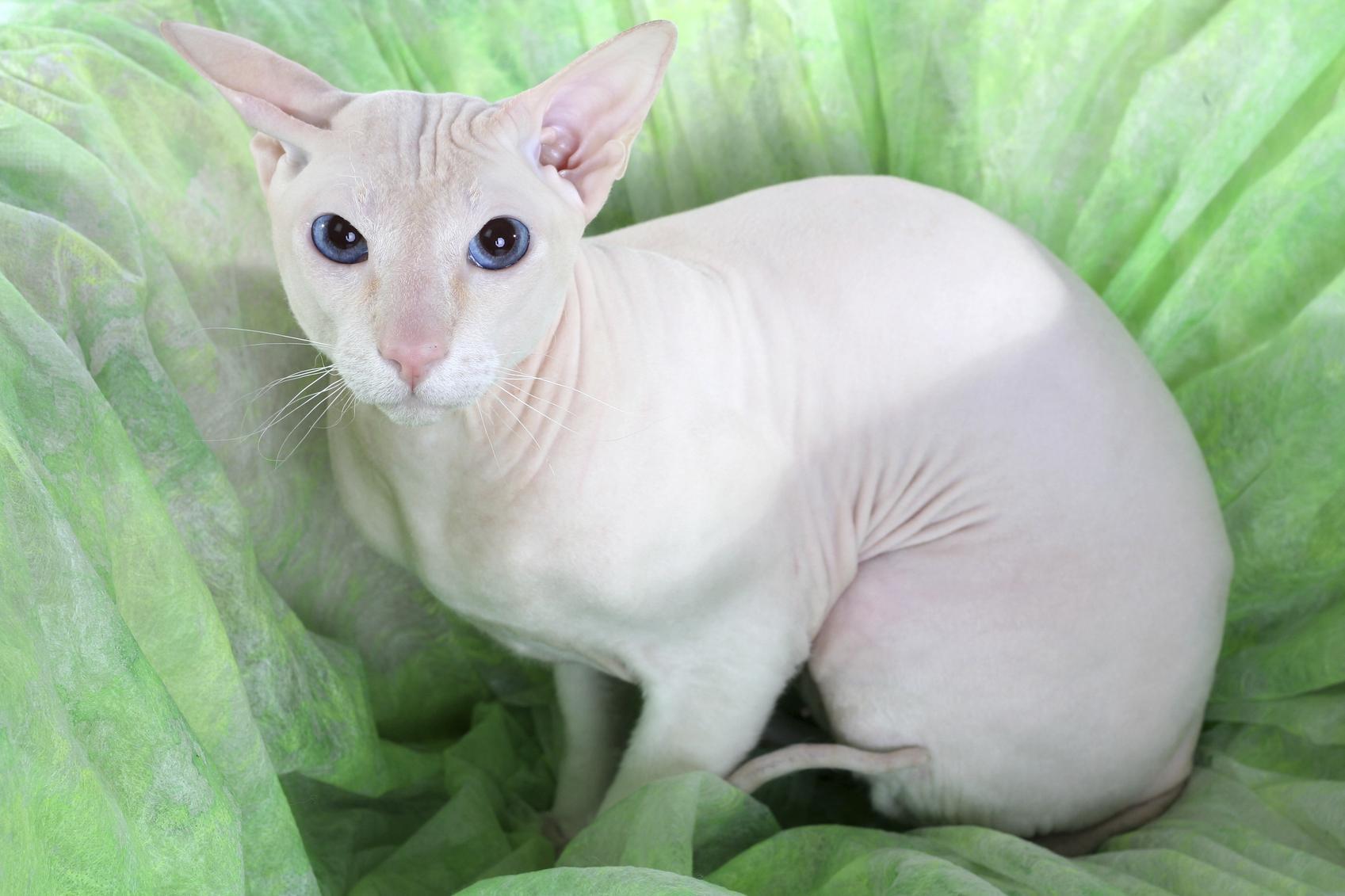 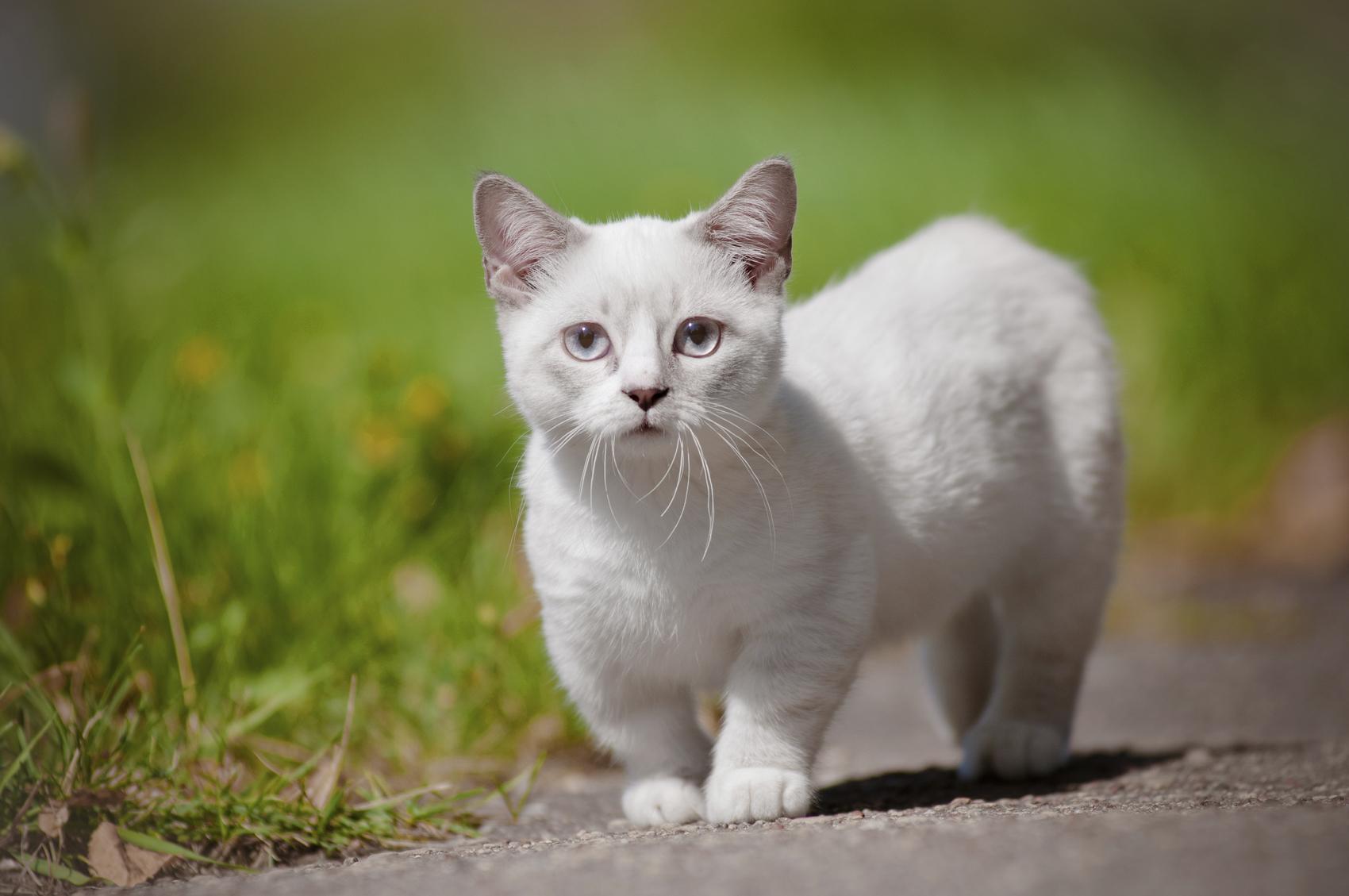 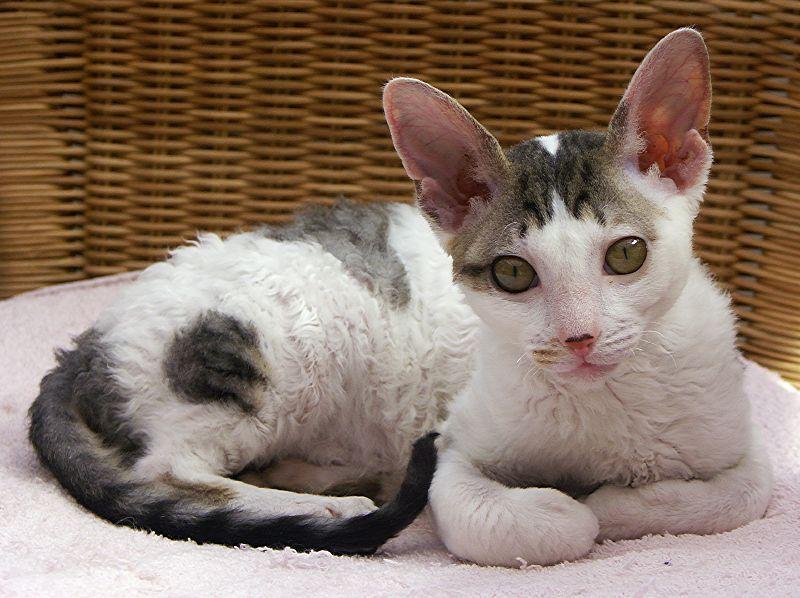