The Manx cat is a rarity in cat breeds in that it has a shortened tail and somewhat stubbier appearance than most others. They have a tender look and fluffy coat which gives them a lot of character, winning the hearts of many humans thanks also to its balanced and affectionate nature. To bets ensure you have a happy and healthy Manx cat on your hands, you will need to know everything about their characteristics, care and health. In this AnimalWised video, we describe their general temperament and character, as well as detailing what you need to do to meet their care needs. Learning about a Manx cat is essential if you are considering adopting one into your family.

Origin of the Manx cat

The Manx cat is originally from the Isle of Man, an island located between Ireland and Great Britain. Its name is shared with any native of the island since Manx is the reference word for locals. Despite being from such a small place, it has grown in popularity to become one of the most popular breeds in the world.

There are several local legends which explain the reason for their shortened tail. One of them claims that when the Biblical character Noah closed the doors of the ark, the Manx cat's tail was severed. Others claim it was lost when a motorcycle rode over it, an origin story related to the prominence of motorbikes on the island. One even claims the Manx cat derives from a cross between a cat and a rabbit.

The real reason for the origin of the Manx cat is perhaps just as interesting. Spanish galleons carried cats on board to hunt mice and it is believed the ancestors of the Manx cat was brought to the island on one of these ships. They then bred with local cats and kept a smaller gene-pool thanks to being on an island.

Physical characteristics of the Manx cat

As we have stated, one of the most distinct physical characteristics pf the Manx cat is their shortened tail. Although traditionally, they are a cat which may have little tail at all, its length will depend on the individual cat. Generally, we can group the Manx cat according to their tail in the following way:

Although all these tail types are considered Manx cats, only the first three are acceptable for competition.

Following on with the physical characteristics of the Manx cat, their hind lib height is greater than their front limbs. This can give them a slightly arched appearance. They have a double coat of fur which looks fluffy and works to keep them well insulated in colder climates. The color of the Manx cat can be across the spectrum and all colors and coat patterns are accepted as being Manx. There is also a longhair variety known as the Cymric.

hey are a medium sized cat breed with a rounded head and a broad body which is robust, muscular and strong. Their ears are small, round and slightly pointed and they have a long nose and rounded eyes. This is why the Manx cat dores not have as sharp features as the common European cat. It is more similar to the rounded face of a British Shorthair cat. Cats from England tend to have wider faces.

Finally, as we have seen in the examples of Manx cats, it is worth mentioning the reason for the cat's shortened tail. A genetic mutation affects the vertebral column caused by a recessive allele which leads to the poor length development.

These felines have a very marked character, distinguished as being very social both with people and other animals. They are very intelligent and affectionate, especially when they have been raised i the same family as kittens. They are always searching out their guardians to play and receive affection. When raised in rural areas, they often have the chance to hone their skills as rodent hunters (or mousers). However, they can be just as well adapted to urban environments as much as they can in the country. They can even fare well in apartments.

Caring for a Manx cat

The care of a Manx cat is relatively simple, although they will require guardians who are equally as loving and attentive. As with any cat, we have to be particularly vigilant when they are kittens. The first weeks of a cat's life will inform their behavior during the rest of it. If they fare well physically during their first days they should be healthy as they age. Their socialization means interacting with other cats and people. They should not be removed from the mother for a minimum of 8 weeks.

Although their fur is short, they will need brushed once a week to avoid accumulation of dead hair and hairballs. Shedding is not necessary in these cats and bathing should only be carried out when strictly necessary. As with all cats, we need to periodically check their ears, eyes and mouth for signs of illness or infestation. Vaccination schedules and regular deworming are also important.

As an intelligent animal with great hunting instinct, it is very important we pay attention to their environmental enrichment. We also need to spend sufficient time with them during the day for play and intelligence games. We need to be particularly careful with their bite inhibition when they are younger. If they do not learn to inhibit their biting, their hunting instinct might result in biting us. Scratching posts are vital.

The peculiarity of the Manx cat is their genetic mutation resulting in a truncated tail. This mutation alters the shape of the cat's spine, so we need to pay special attention to their back and any malformations. These types of malformations can lead to notable problems such as:

Those affected by malformations are known as having ‘Isle of Man Syndrome’. This is why regular veterinary checkups are so important. To avoid causing specimens born with health problems, it is advisable to cross them only with cats of long or regular tail length.

Upload a picture of your Manx 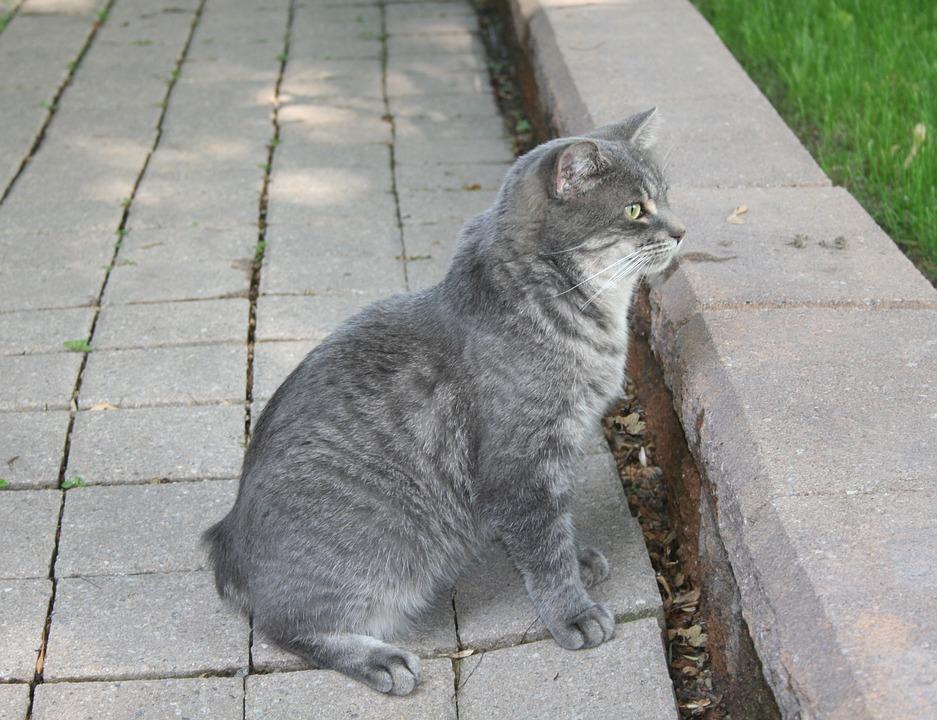 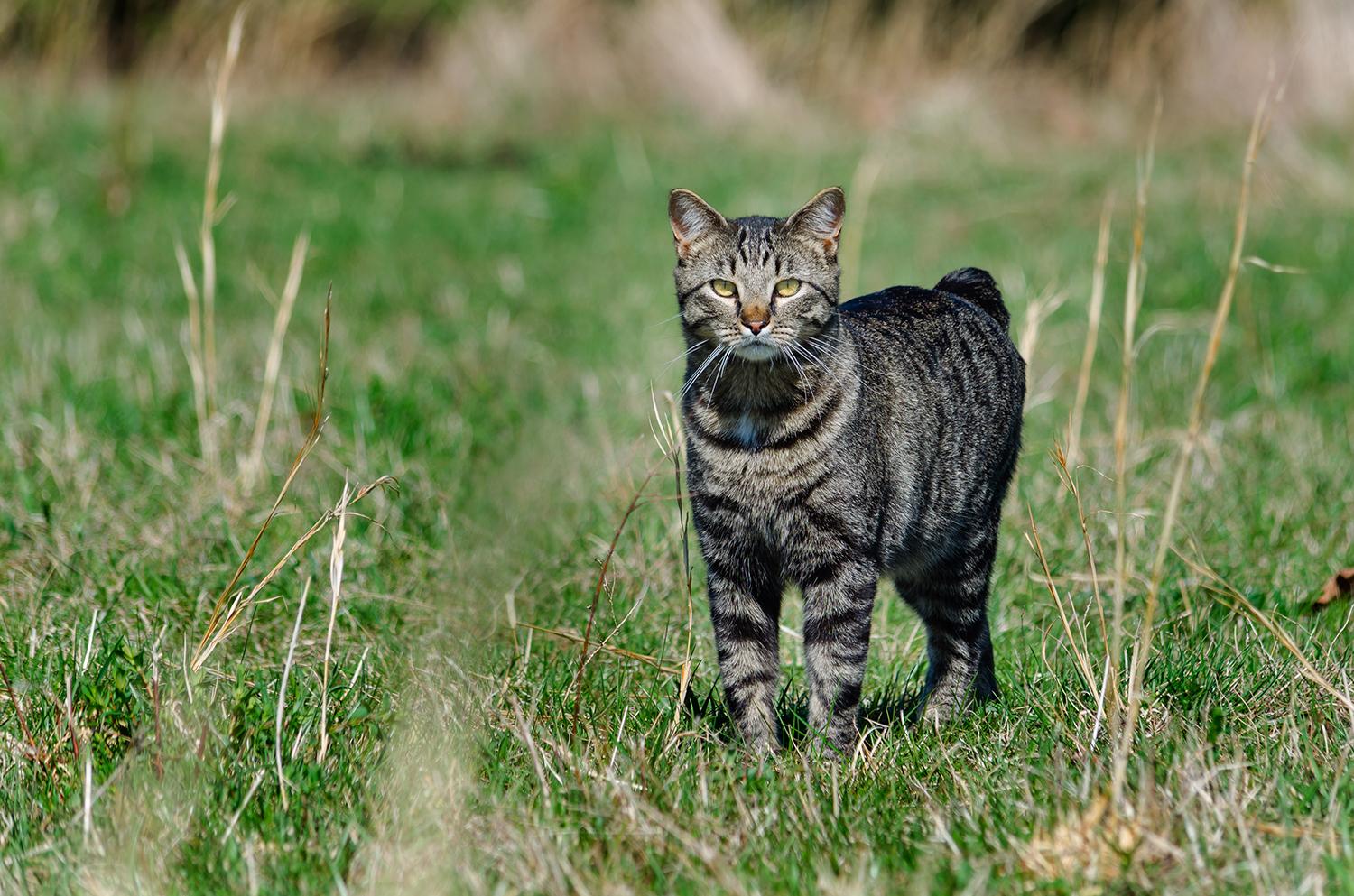 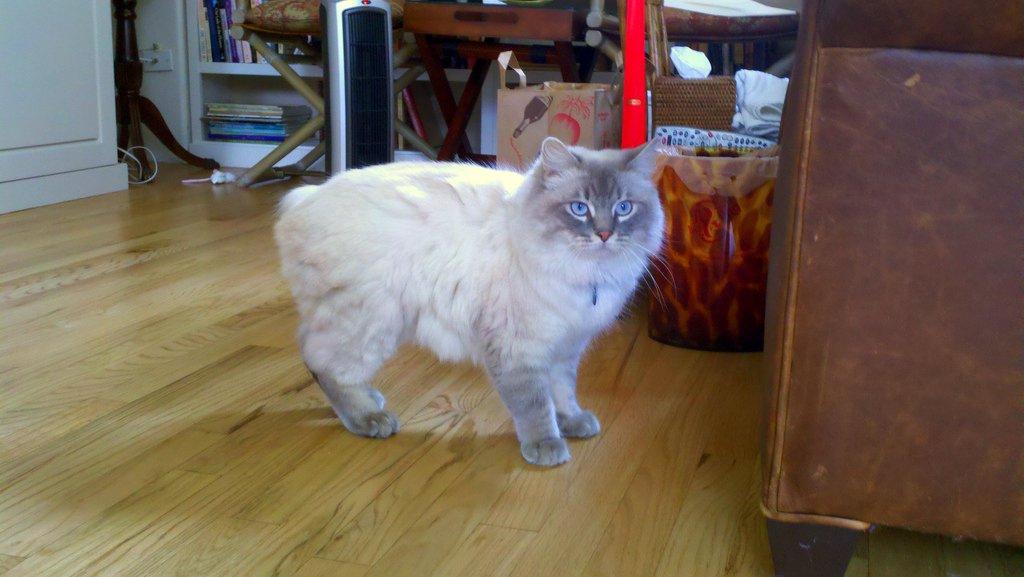 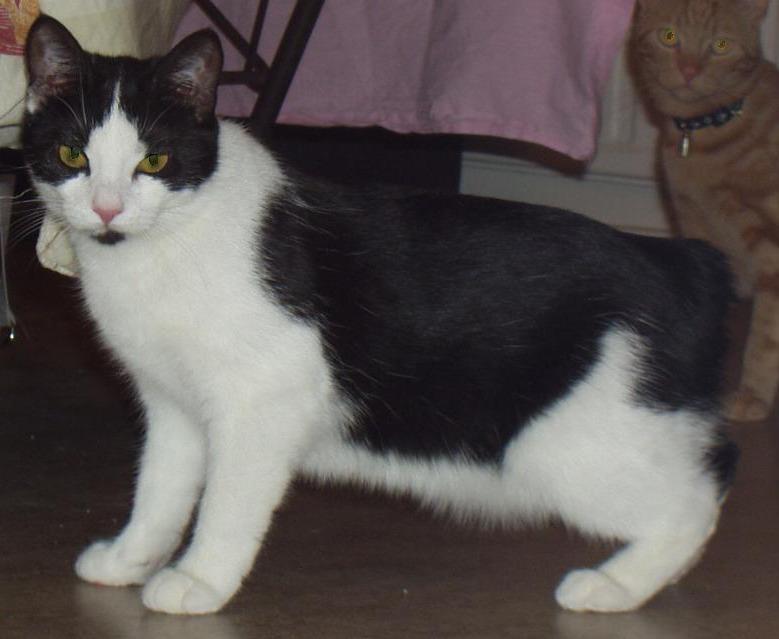 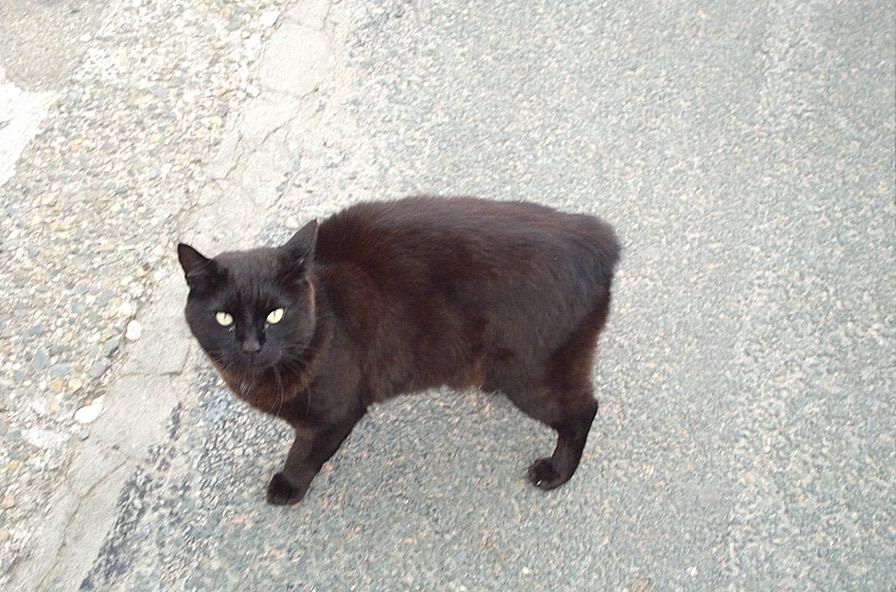 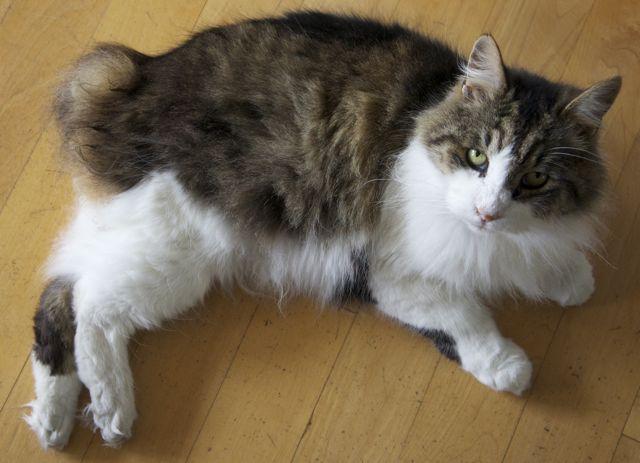