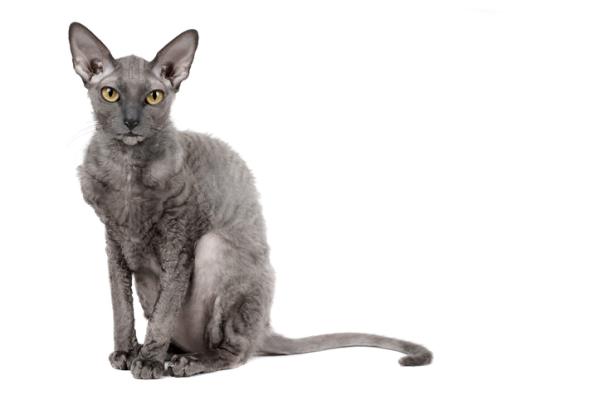 Sweet and affectionate, the Cornish Rex has a capacity for love even bigger than their ears. While their personality is what keeps them in the hearts of their guardians, many people are first struck by their look. Not only do they have indicative large ears, but they have one of the most unique coats of any feline. In fact, it's a pretty unique coat among any animal. This combination of striking looks and endearing personality has made them a companion animal with an ever growing fanbase.

With new followers to the cult of Rex sprouting up all the time, AnimalWised brings you this information on the origin, characteristics, care and health of the Cornish Rex cat breed. In doing so, we can help them to be a cat which is as happy and healthy as it is popular.

Origin of the Cornish Rex cat

Originally from Cornwall in South West England, the first Cornish Rex kitten was born in the 1950's. Given the name Kallibunker by her guardians, this kitten was very special. Her coat had fine curl to it which had rarely been seen before. Her cream colored fur flowed in waves over her slender body and it was decided this trait was something breeders would like to encourage. In combination with these undulations of fur and her place of origin, the new breed was dubbed the Cornish Rex. This was due to the resemblance of the cat's fur to Rex rabbit breed fur.

The popularity of the new wavy haired cat breed spread like wildfire. In only a few years, they became a much desired breed in the United States of America. Their growth was so fast that the breed standard in England was established as early as 1967 and, around 1970, they were officially recognized in the US.

Shifting our focus to the physical characteristics of the Cornish Rex cat, we can best describe them as a small to medium-sized breed with a slender, elongated body and a remarkable arched back. The normal weight of the Cornish Rex ranges between 2.5 and 4.5 kg. Their tail is similarly slender and relatively long compared to other cat breeds, also covered in their trademark wavy fur.

These felines have an elongated head in a triangular shape due to is wide forehead tapering into a thin jaw. Their eyes are oval shaped and can provide a penetrating stare. Eye color can vary, but they tend to change depending on the color of their coat. They are a cat breed which has notable instances of heterochromia, a condition which means each eye is a different color to the other.

Of course, the most characteristic physical trait of the breed is their curled coat of short, dense and wavy hair. This hair is extremely soft and fine in texture, as it does not lay thick on their body. They also do not have an undercoat. This makes them sensitive to cold climates and temperatures, so they need extra care in intemperate regions. All coat colors are accepted, as well as multiple possible fur patterns.

Character of the Cornish Rex cat

Cats of the Cornish Rex breed are generally the ideal cat companion. This is due to their docile, affectionate and attentive nature. They are also perfect for families with children or other animals as they get along well with other cats or even dogs. These felines are also active and very playful, so they are not recommended for sedentary people are those who do not have the time to give them the attention they require.

Due to their character, they are not cats which tolerate spending long periods of time on their own. This means they are not good for those who will spend a long time out of the house. Likewise, due in part to their inability to withstand cold temperatures, they are also well-adapted to indoor living, no matter the size of house or apartment.

Since they have such a fine coat, it is easy to keep in good condition. Weekly brushing should be sufficient, but they may need the occasional bath to help keep it clean and silky. To offer the best care to the Cornish Rex cat, it is also imperative we provide them with a healthy and balanced diet which covers all of their nutritional needs.

Another aspect of their care involves meeting their physical and mental stimulation needs. It is essential we dedicate sufficient time per day to play and interact with our Cornish Rex. Due to their playful and sociable character, they need interaction. Providing suitable environmental enrichment is also imperative. This means providing toys, scratchers, walkways and, ideally, intelligence games to stimulate cognition. Due to their relative lack of fur, they will also need comfortable places to sleep so they can lie down without harming their spindly body. As with any breed, they will also need proper maintenance of nails, ears, mouth, eyes, etc.

The Cornish Rex is a relatively healthy and robust cat breed. However, they do have a slight tendency to be overweight, so it is recommended we do not exceed our diet plan for them. If we don't be careful, they can develop obesity which can lead to strain on internal organs like the heart and kidney. Likewise, it is crucial we provide them with enough exercise and don't neglect activity and games.

Again, we need to be particularly careful with the Cornish Rex in regions with cold temperatures. We must ensure the cat is not exposed to cold and may need to provide them with a coat during winter months. If we don't, we make them susceptible to colds or even pneumonia. 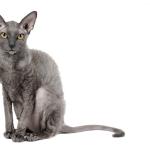 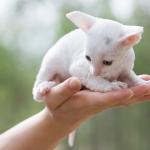 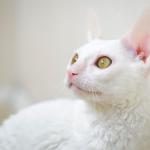 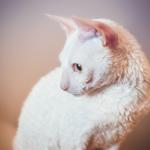 Chausie
Toyger
American Curl
Munchkin Cat
Related articles
New
Mast Cell Tumor in Cats - Causes of Mastocytoma
New
My Cat Has Blood in Their Eye
New
How to Help a Cat in Heat
New
Types of Neurological Problems in Cats
New
How Do I Know if My Cat Has Had a Stroke?
My Cat Is Panting Like a Dog
Is Apple Cider Vinegar Safe for Cats?
How to Find the Best Harness for Your Cat

Upload a picture of your Cornish Rex 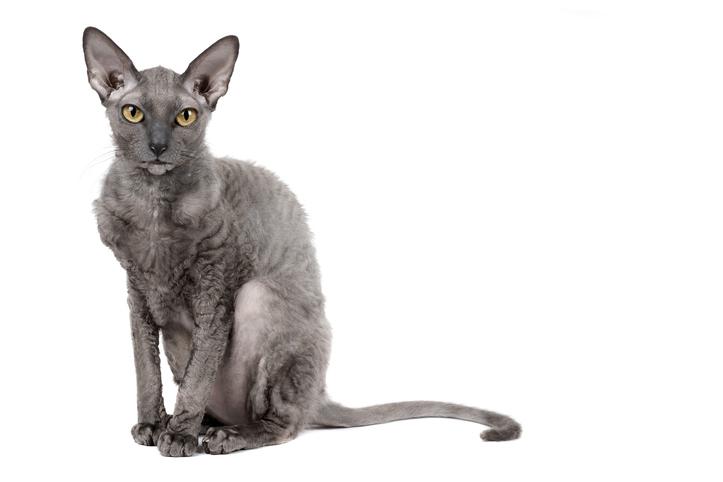 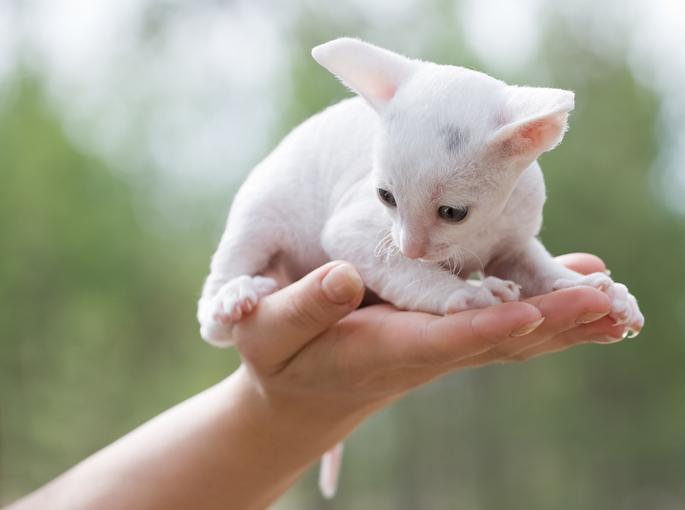 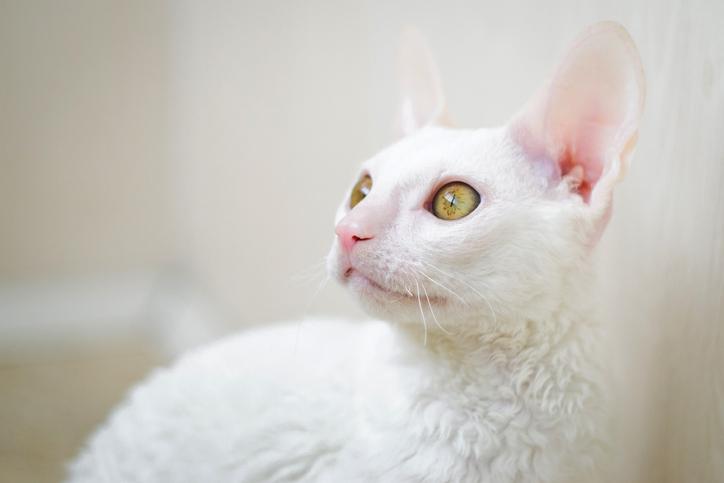 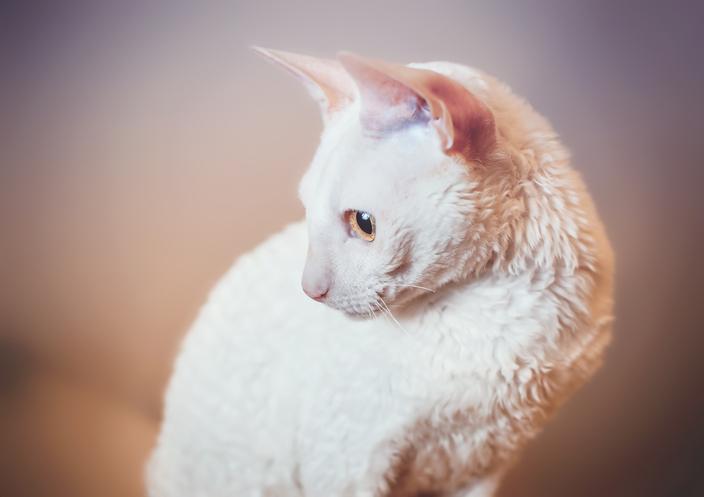 1 of 4
Cornish Rex
Back to top