With many traits in common with its sister breed, the Abyssinian cat, the Somali cat is often considered its longer-haired version. The Somali cat is, however, a cat breed in itself and is known for its character, intelligence and distinctive beautiful coat.

Are you thinking of adopting a Somali cat? If so, discover everything you need to know about the Somali cat breed here at AnimalWised. In addition to its general physical and personal characteristics, we’ll also be discussing its recommended care and origin.

The Somali cat appeared in the late 50’s when hybridization between Abyssinian cats and Siamese were carried out by breeders from the United States, New Zealand, Australia and Canada. At first, these long haired cats were despised and often give away, as they were not considered of pedigree standard. With time, however, more Somali cat breeds appeared in litters and in the 60’s, a Canadian breeder set out to get this breed established. American breeder, Evelyn Mague, became the spokesperson for Somali cats everywhere, and in 1979 they were officially recognized by the Cat Fancier Association (CFA) , followed by the Fédération Internationale Féline (FIFe)in 1982.

The Somali cat is a medium-sized cat breed, generally weighing between 3.5 and 5 kilograms, although there are some that can weigh up to 7 kilos. Its body is muscular and stylized, which gives it its elegant and majestic appearance. It carries elongated and slender limbs which are also strong and robust. Somali cat life expectancy is between 9 and 13 years.

Somali cats have triangular-shaped heads, with a soft indentation that makes its forehead slightly domed. It has an elongated nose, shaped like a wedge. Its ears are large, broad and are pointed at the end. Its duster shaped tail is covered with a long sleeve of dense hair. It has large almond-shaped eyes with dark eyelids which can range in color, from green to cold to copper.

Its semi-long coat is both dense and soft, but does not have a woolly layer, making these cats sensitive to the cold. Its hair color is incredibly unique and comes in different shades, often lighter at the root becoming darker towards the tips. It can range in color from blue, sorrel, fawn and wild or ruddy.

For more about Somali cat temperament, keep reading below!

The Somali cat is characterized for being an active, energetic and cheerful cat breed that loves company, playing. Additionally, the Somali cat is also an intelligent cat breed, known for being cooperative in training and able to learn simple commands quickly.

Somali cats love the outdoors, but they can also adapt perfectly to apartment life. If they do live in an apartment, they will require sufficient mental and physical stimuli, as they get bored easily.

For more, we recommend reading our article where we list 10 games to entertain my cat.

Caring for a Somali cat

The Somali cat’s semi-long coat requires daily brushing, in order to avoid the development of dead hairs and hairballs. You must make sure to provide it with a high quality diet, high in meat and low in cereals. These cats can sometimes have an insatiable appetite, therefore, the amount of food they eat needs to be moderated to avoid becoming overweight or obese.

For more, we recommend reading our article where we discuss how to make your cat happy and love you.

Somali cat health is really enviable. Since the breed does not present congenital diseases, it is considered of the healthiest and strongest of all feline breeds.

However, despite these great genetics, they still need to be protected from contagious diseases (prevented with vaccines). In addition, your veterinarian will need to administer antiparasitic drugs, both externally and internally. Antiparasitic drugs will prevent the appearance of fleas, lice and intestinal worms.

For more, we recommend reading our article where we discuss the most common diseases in cats.

Exotic Shorthair
American Shorthair Cat
British Longhair
Thai Cat or Traditional Siamese
Related articles
New
Albendazole for Cats - Uses, Dosage and Side Effects
New
My Cat Is Not Peeing Anymore - Causes and Treatment
New
My Cat Keeps Biting My Hand
Why Does My Cat Bite Me Gently While Purring?
My Cat Peed on Me - Why and What to Do
How Many Kittens Can A Cat Have?
Metamizole for Cats - Dosage, Uses and Availability
Aural Hematoma in Cats - Causes and Treatment

Upload a picture of your Somali Cat 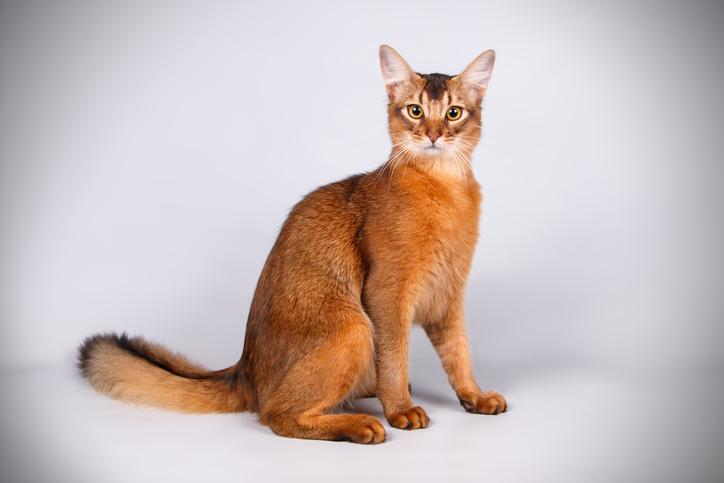 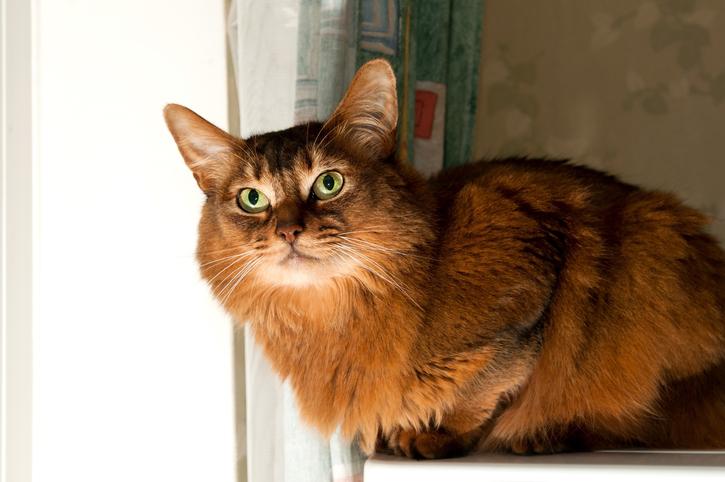 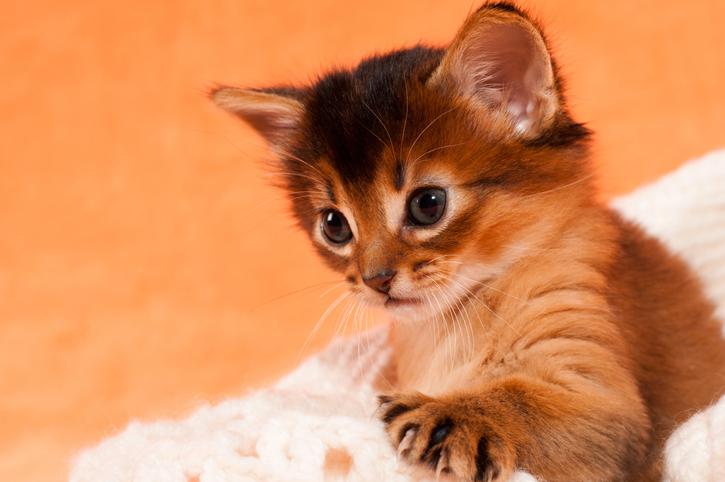 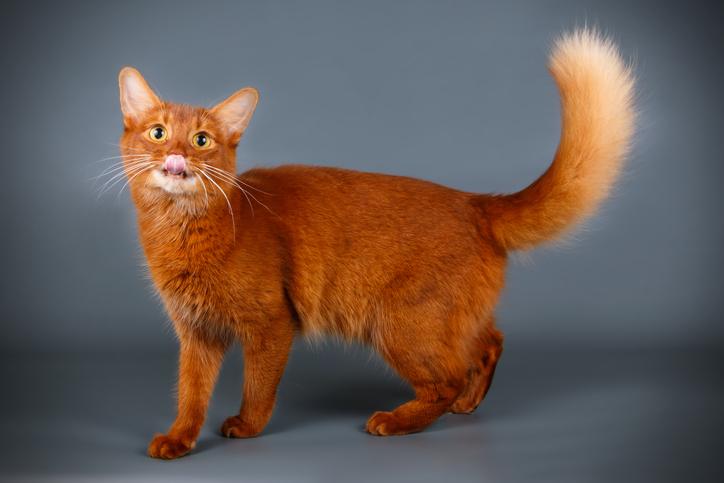