Is the Megalodon Still Alive? 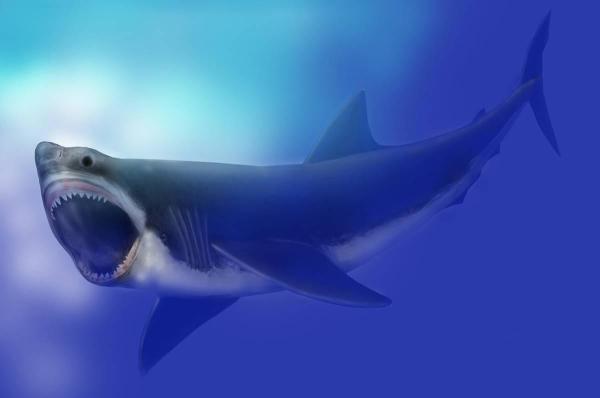 The world's oceans cover over 70% of the earth's surface. Unfortunately, climate change is meaning this surface area is increasing to the detriment of life on land. While humans are fascinated by what occurs under the sea, according to the U.S. National Ocean Service, more than 80% of the world's oceans are unmapped, unobserved and unexplored[1]. With such mystery lying underneath the surface, there are many unanswered questions. While many know the megalodon to date back to prehistoric times, so little is known about the specifics of this creature. This had led some to ask is the megalodon still alive?

AnimalWised answers this question by looking into what might have caused the extinction of the earth's biggest sharks. We also look at the characteristics of the megalodon, characteristics which seem mythic despite their scientific basis.

You may also be interested in: Marine Prehistoric Animals
Contents

Is the megalodon extinct?

Movies have for years been playing with well-trod ideas about prehistoric apex predators somehow still existing in a present completely incapable of dealing with them. From the 1925 silent movie The Lost World to Jurassic Park, we are fascinated by the thought. The megalodon appears famously in recent movie The Meg where the plot proposes that this creature still resides in unexplored areas under the sea.

Since no historical records show the existence of the megalodon in the present or any recent past, there is no living proof the megalodon is still alive. We need to look at fossil records to date the megalodon's existence and reveal any likelihood of the creature still stalking waters somewhere on this planet. Some may argue that just because we haven't seen one in the ocean yet, the still unexplored nature of the seas means its existence is still possible.

Unfortunately for our imagination, although perhaps fortunately for our existence, science doesn't support the idea. If we can't see that something exists, it does not mean it is likely that it does. To find out more, we need to look at the history of the megalodon, what is likely to have caused its extinction and find out why possibly the world's biggest shark no longer exists.

An interesting fact about extant sharks is that the teeth in their jaws are structured in rows. The first teeth develop fro their mouths and move forward as the shark ages. As they do so, younger teeth start to form behind and also start to move forward. The front teeth are eventually replaced by the rows of teeth further back and fall out. Throughout its life, it is possible for a shark to shed between 20 and 30 thousand teeth.

While their teeth are very hard, sharp and strong, sharks are cartilaginous fish. This means their body structure is support by cartilage and not bone. This is a very important fact when learning about the megalodon because almost all we can learn about this creature is from their teeth and not fossilized skeletons.

To know for how long the megalodon has been extinct is to look at the fossil record. It is incredibly difficult for cartilage to fossilize, but the shark's teeth do so relatively easily. Fossils of megalodon teeth have been discovered since the Renaissance period. However, it was not until the year 1667 when they were revealed to be what we now know them to be.

The fossil record of the megalodon currently contains teeth, some parts of vertebrae and coprolites (fossilized feces). From this data, we have been able to estimate the physical characteristics of the megalodon, its habits and even why it became extinct.

Fossilized megalodon teeth can measure up to 18 cm (7") long and 17 cm (6.7") wide. The total number of teeth present in the jaw of an adult megalodon at any one time was about 250, distributed throughout 5 rows. The estimates on the megalodon's characteristics are partly based on reconstructions which use the great white shark as a model to fill in some of the blanks. While there is still debate over how closely the great white shark and megalodon are[1], judging by their teeth it is certain their share certain morphological traits.

While the work of finding out information about the megalodon is impressive, even the scientific community has seriously questioned whether the megalodon could still be alive. As we will see, it is only recent studies which have shown this to be so unlikely.

Characteristics of the megalodon shark

The megalodon shark belongs to the order of Lamniformes, this includes the best known shark species, including the great white shark. Within this order the megalodon falls into the Otodontidae family, which today is believed to be completely extinct.

How did the megalodon look?

Megalodon teeth have a series of pores along the surface of their roots. This is where the teeth connected with the circulatory system to supply nutrients to the continuously developing teeth. This indicates that the nutritional system of the animal was very complex. A shark which replaced their teeth which such high frequency would have high nutritional needs.

From this, it has been intuited that the megalodon was large and aggressive, it fed on large prey and it had a high metabolic rate. Current models made from comparisons with the great white shark indicate the megalodon was very fast, likely able to swim at a rate of 34 mph (55 km/h). This is faster than great white sharks which have been clocked at speeds up to 21 mph (35km/h).

What did the megalodon eat?

Many fossilized vertebrae of various animals which have been eaten by the megalodon have been discovered. This evidence has helped to reveal something about their diet which was believed to consist of a wide range of prey. These likely included:

Due to the megalodon's large size, it is likely they focused on larger prey such as whales. Fossils of whale bones with marks perfectly matching the teeth of megalodons have been found. Mainly, these groups fall into a groupf of whales called Cetoteridae. The majority of these whale species are now extinct, although the pygmy right whale is known to still be extant.

When did the Megalodon live?

Otodus megalodon first emerged 25 million years ago and is believed to have become extinct 2 million years ago. Quick maths shows that they likely existed for a period of 20 million years. This period began in the Miocene period and ended in the Pliocene, specifically in the Cenozoic era.

Contrary to what many believe, the megalodon was not contemporaneous to dinosaurs. They arose long after their extinction, which is dated to 60 million years ago.

Megalodon teeth have been found on all continents and it is believed their habitat was subtropical, at temperate latitudes and mainly in relatively cold waters. Due to their size, adults could not live in shallower waters of coastal regions which would have been warmer.

However, juveniles were believed to ave lived in coastal waters. In these areas, juveniles would have enough prey to survive. It is also believed that the megalodon was cannibalistic, so staying in shallow waters would allow the younger animals to be protected from their older brethren.

The shape and size of the megalodon has been estimated using their teeth and the great white shark as a guide. The first models suggested that the megalodon could reach up to 25 m in length. However, they had made a mistake. They had built the reconstruction using only the largest teeth they discovered, believing a jaw would need to hold only teeth of this size. Actually, the megalodon had teeth of varying size. Still, it is believed the megalodon mouth would be no less than 2 m in diameter when open.

How much did a megalodon weigh?

Today, it is considered that the average length of the Megalodon was between 15 and 18 meters and that its approximate weight was 50 tons. As points of comparison, keep in mind that current white sharks measure around 4 to 6 meters, whale sharks 12.5 meters and the blue whale 25 meters.

When did the megalodon become extinct?

While there have been come cases of people who claim to have seen the megalodon in the current age, and others who speculate about its existence in the depths of the oceans, the scientific consensus is that the megalodon is indeed extinct.

The bigger question being explored by scientists is why the megalodon became extinct. The most recent study which has tackled this query has resulted in the most definitive answer of when the megalodon becoming extinct was 3.6 million years ago, during the Pliocene period[3]. The reason they were able to reach this number and believe its accuracy is due to an extensive and comprehensive analysis of all current fossil records of the megalodon.

Why did the megalodon become extinct?

The greater competition exerted on the megalodon was not believed to simply be due to size. More important, seemingly, was their organization. During this time, killer whales were evolving. They were intelligent and organized animals which worked in groups to catch schools of fish. Besides smaller fish, they could also hunt juvenile megalodons.

Other contemporaneous whales noted for their great feeding skills were humpback whales. Humpback whales fish in groups, diving under water and exhaling in a cloud of bubbles as they do so. The bubbles cause the fish to rise to the surface where the humpbacks can simply open their mouths and ingest entire schools of fish.

At the height of the megalodon's era, there were many whales belonging to many species. Food was abundant and competition was easier. However, around 3-4 million years ago there were worldwide changes to the ocean's currents, leading to a phenomenon known as upwelling. Upwelling brought nutrient-rich waters to the surface, allowing the entire food chain to eat there. Due to the increase in upwelling, the amount of food available decreased and competition increased. Since the diversity of whales decreased, survival for the megalodon was severely impacted.

The cooling of the atmosphere likely also damaged the megalodon. Glaciers emerged which lowered the sea level, increased salinity and lowered the temperature.

The same study which dated the extinction of the megalodon to 3.6 million years ago, also pointed the blamed for its demise on rival predators, specifically the great white shark. Other reports suggest it could have been other predators, such as the tiger shark which was the culprit. What this says to the scientific community at large is that, while we believe the megalodon is not still alive, knowing exactly why is not yet possible to assert. What is most likely is that the reason for the megalodon's extinction is multifaceted.

If you want to read similar articles to Is the Megalodon Still Alive?, we recommend you visit our Facts about the animal kingdom category.

1. National Ocean Service. (2018). How Much of the Ocean Have We Explored? Retrieved November 29, 2019, from https://oceanservice.noaa.gov/facts/exploration.html

Is the Megalodon Still Alive? 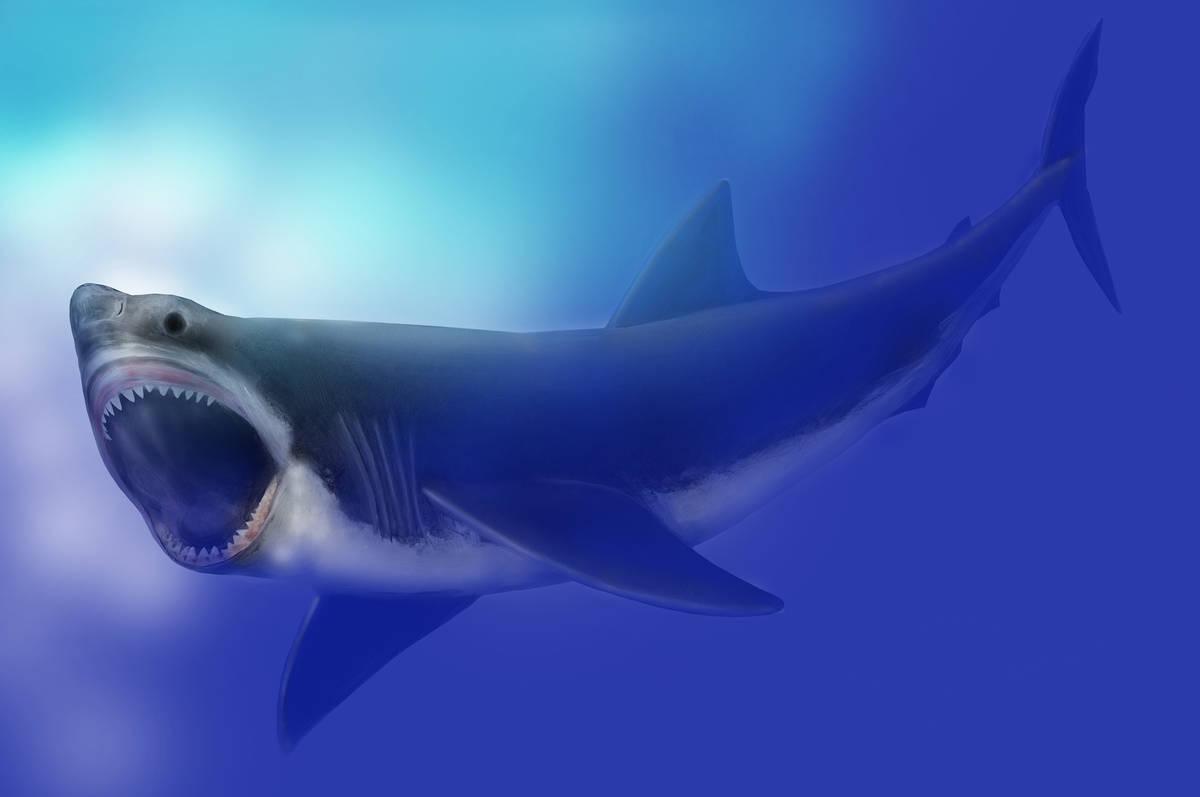 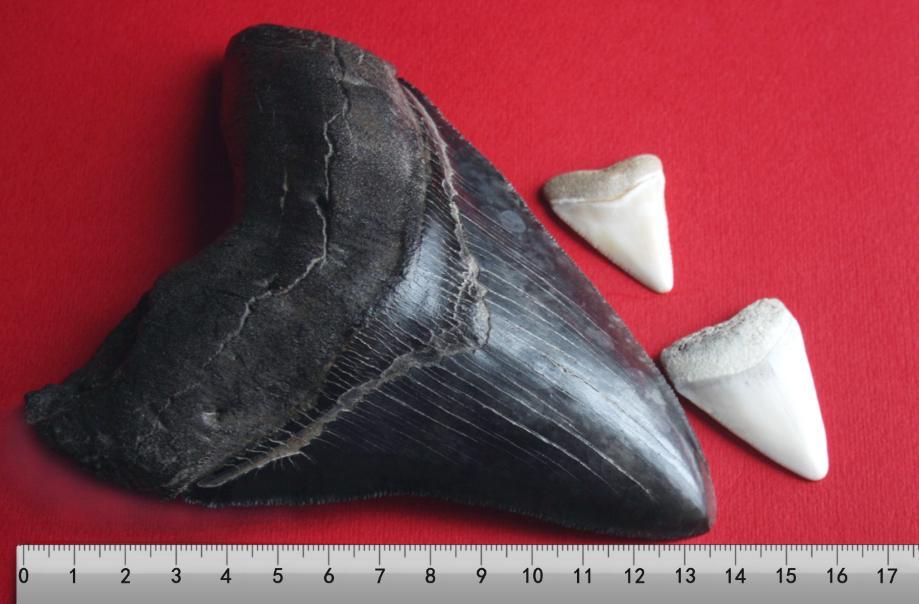 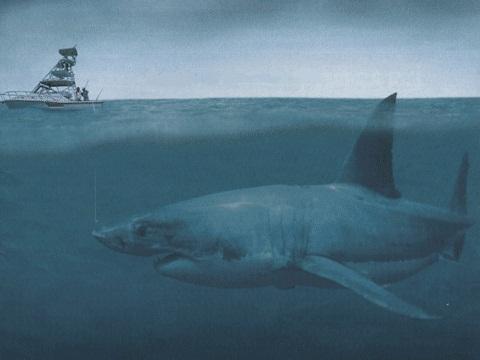 1 of 3
Is the Megalodon Still Alive?
Back to top