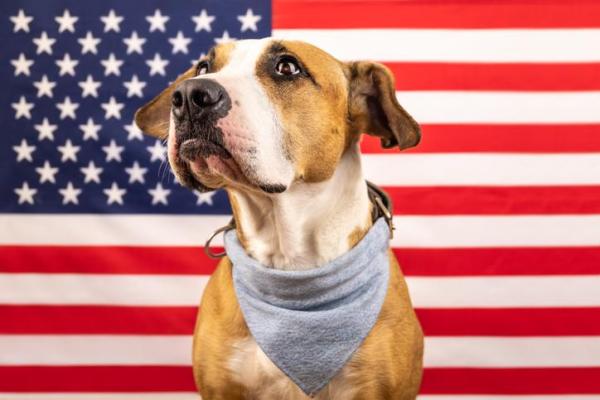 From the nineteenth century, the majority development of dog breeds that we know today originated from the United Kingdom. However, many of these breeds then migrated to the United States. These dog breeds were then crosses and bred giving rise to originally American breeds of dog.

Do you want to know more about these dog breeds? Well then, you’ve come to the right place! In this AnimalWised article we will be discussing the top 10 American Dog Breeds, pictures included. Keep reading to discover them all!

You may also be interested in: French Dog Breeds
Contents

This dog is considered a potentially dangerous dog breed in many European countries. This is mainly due to its morphological characteristics and lack of responsible ownership in the past. However, according to the American Kennel club, this dog breed does stand out as a dog that is capable of creating a very strong emotional bond with its owners. As for its health, this American dog breed is prone to the development demodectic mange and hip dysplasia. For more about this breed, take a look at our article on; Can American Staffordshire Terriers live with other dogs?

The Boston terrier is known for being a sociable, friendly and affectionate dog breed, both with people and with canine companions. This breed of dog originated from a cross between an English bulldog and a French bulldog. They were bred with the intention of being used in dog fights. However, over time, these practices were banned and the Boston Terrier is currently a popular American bulldog breed.

Boston terriers are small dogs with large, dark and expressive round eyes, as well as short fur. The breed requires a lot of attention, because they get depressed easily when they spend a lot of time alone. If alone for too long, Boston terriers can also develop stress and anxiety. If you think your Boston terrier may be stressed, we recommend taking a look at our article on: Signs that your dog is Stressed.

As for its health, Boston terriers are prone to suffering from: cataracts, epilepsy, allergies and even heart problems. This is why one recommends visiting a veterinarian near you twice a year, in order to avoid the appearance of these canine pathologies.

The American Bully is an american dog breed which originated from a cross between American pit bull terriers and American staffordshire terriers. The breed is muscular and athletic in appearance, with an elongated snout and large legs. This appearance is responsible for the fact that at first glance, this dog breed may seem quite intimidating.

An American Bully’s coat appears in different colors. However, it is more common to notice brown or gray tones on an American Bully’s back with an intense white patch on its stomach area. Despite their aggressive appearance, this breed is in fact very faithful and affectionate.

In general, American Bully dogs are normally considered a healthy dog breed. Genetically speaking though, they do have a tendency, like many other dog breeds, of suffering from: cataracts, deafness, hypothyroidism and heart disease. An American Bully requires daily exercise and games in order to avoid the appearance of unwanted health problems. If you are thinking of adopting an American Bully, but don’t know what to name it, take a look at our article on; Names For American Bully Dogs.

The American English Coonhound is an American breed of dog originally from Virginia, Tennessee and Kentucky. It was used mainly as a hunting dog and was previously known as a Virginia hound. These dogs are very agile animals and good at sport. Their coats range between short or medium with very varied colors.However, the most common color for this dog breed are white and reddish tones. In addition, these dogs have long, droopy ears, typical of all coonhounds. They also carry large, oval eyes which offer them excellent lateral and binocular vision.

As for their personality, American English coonhounds are affectionate and sociable dog breeds. However, when nervous, they can tend to be aggressive.

The American foxhound is a breed of dog that can live up to 12 years. American Foxhounds have a relaxed character. This breed differs from the English foxhound in that the latter has finer, longer bones and more angular hind legs.

This American dog breed was originally bred to be a hunting dog, due mainly to its excellent sense of smell and athletic ability. Its size varies depending on its genus, males usually measure about 64 centimeters in length and females 60 centimeters. Additionally, they can weigh between 30 and 40 kilos.

Its coat can appear in any shade. As for its health, this dog breed is more prone to developing hip, eye and obesity problems. This is why, if you have an American foxhound, it is recommended to offer it plenty of exercise, a balanced diet and regular veterinarian visits.

The Redbone Coonhound is an American dog breed native to Georgia. It has an elegant appearance contrasting its skills as a hunting dog. This is an intelligent dog breed, with an excellent sense of smell. In addition, they are very easy to train, especially when it comes to tracking and hunting prey. In fact, they are considered one of the smartest dog breeds, according to Stanley Coren[1].

This dog breed’s coat comes in tints with white spots, although they are commonly with intense fire-like unicolores. The life expectancy of a Redbone Coonhound varies between 11 and 13 years. It is believed that this dog breed got its name from one of its first breeders, Peter Redbone.

The American mastiff is the result of a cross between an English mastiff and an Anatolian shepherd. It is a large dog with a powerful presence, thick bones and a robust body.

Like all dogs of the Mastiff breed type, the American mastiff is a faithful and very affectionate dog, perfect for families with children. They can also live in small spaces such as apartments, as long as they walk frequently. The life expectancy of an American Mastiff varies between 10 and 12 years. If you have an American mastiff and want to also give it a classical American name, take a look at out article on: Classic American Names For Dogs.

The Louisiana catahoula leopard dog is the official state dog of Louisiana. At first, this breed was used predominantly for hunting and cattle herding. This American dog breed is easily domesticated, especially if correctly educated from an early age.

There are a variety of specimens in this breed, so it is difficult to find a common pattern in terms of their physical appearance. However, they are all connected by their drooping ears, brown-toned coloration of fur and athletic build. They are known for being a very loyal dog breed , although they do tend to have a favorite in the family.

The American Akita is a dog breed that descended directly from Akita Inu, originally from Japan. It is a very intelligent dog breed, capable of learning hundreds of orders at ease. American Akitas are known for having a very loyal character.

American Akitas ate considered a large breed of dog, with an imposing appearance, triangular head and ears and small eyes. The American Akita also has a double layer coat that protects it from the cold and gives it a majestic appearance. If you want to know more about this noble dog breed, take a look at our article on: Training an American Akita.

The kyi-leo is an American breed of dog that originated from a cross between the Maltese Bichon and the Lhasa Apso (developed in the fifties). It is a small, robust and muscular dog breed. Its fur is black or white and long, although they can sometimes appear in gray and yellow tones.

As a puppy, this breed is is very active, playful, affectionate and intelligent. In fact, they are also incredibly easy to train. In addition, this American dog breed is ideal for family environments with children. As for its health, it is generally a very healthy dog, although, it may suffer from periodontal problems and patella dislocation .

And that’s it for our list of American dog breeds with pictures! If you want to know more about the different types of dog breeds, we have some recommendations for you:

If you want to read similar articles to Most Popular American Dog Breeds, we recommend you visit our What you need to know category.

1 comment
Rating:
WeReviews
25/04/2019
Hi !
i am Paul Smith.I read your blog your blog is very informative.It give me very interesting information.Thanks for sharing the great information.
WeReviews
Most Popular American Dog Breeds 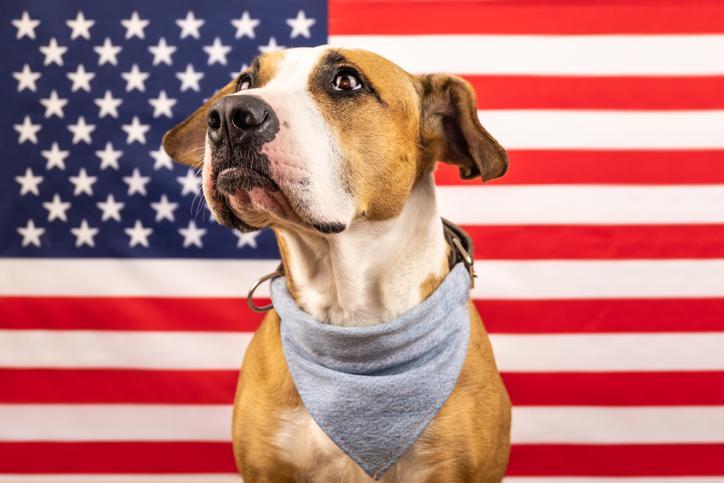 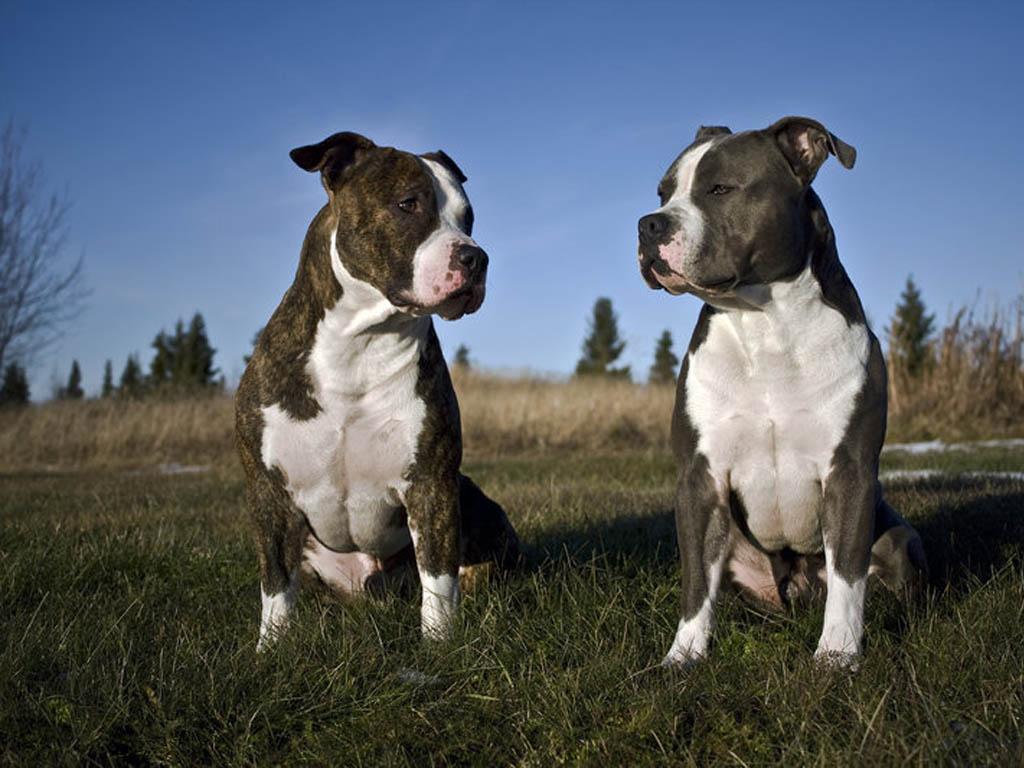 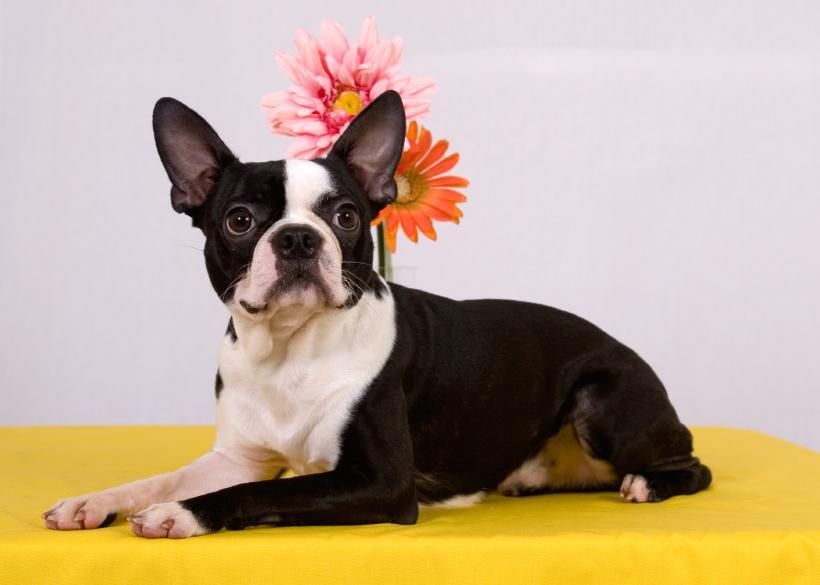 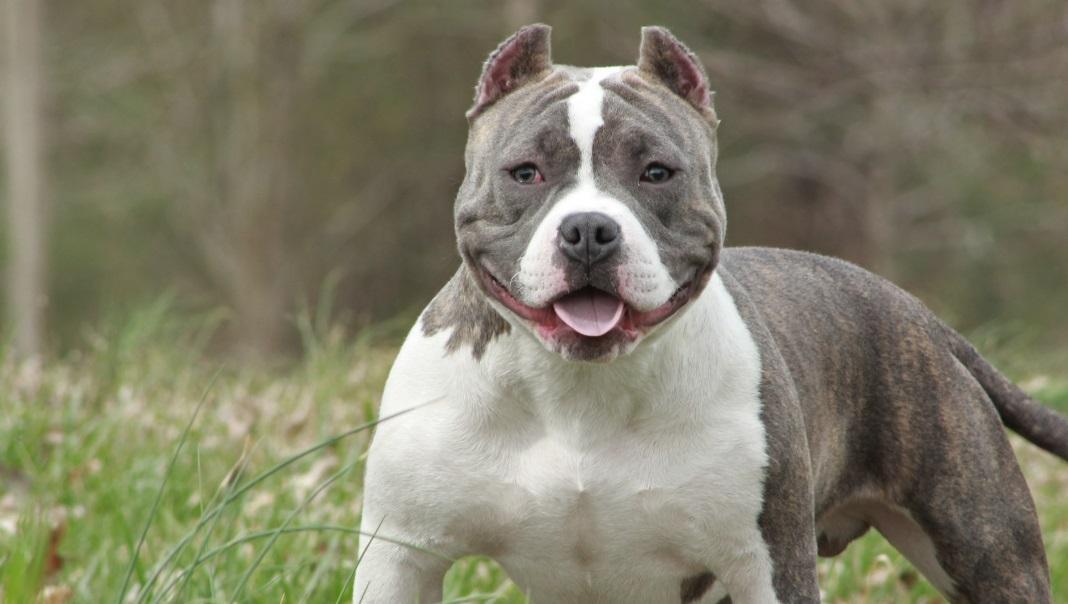 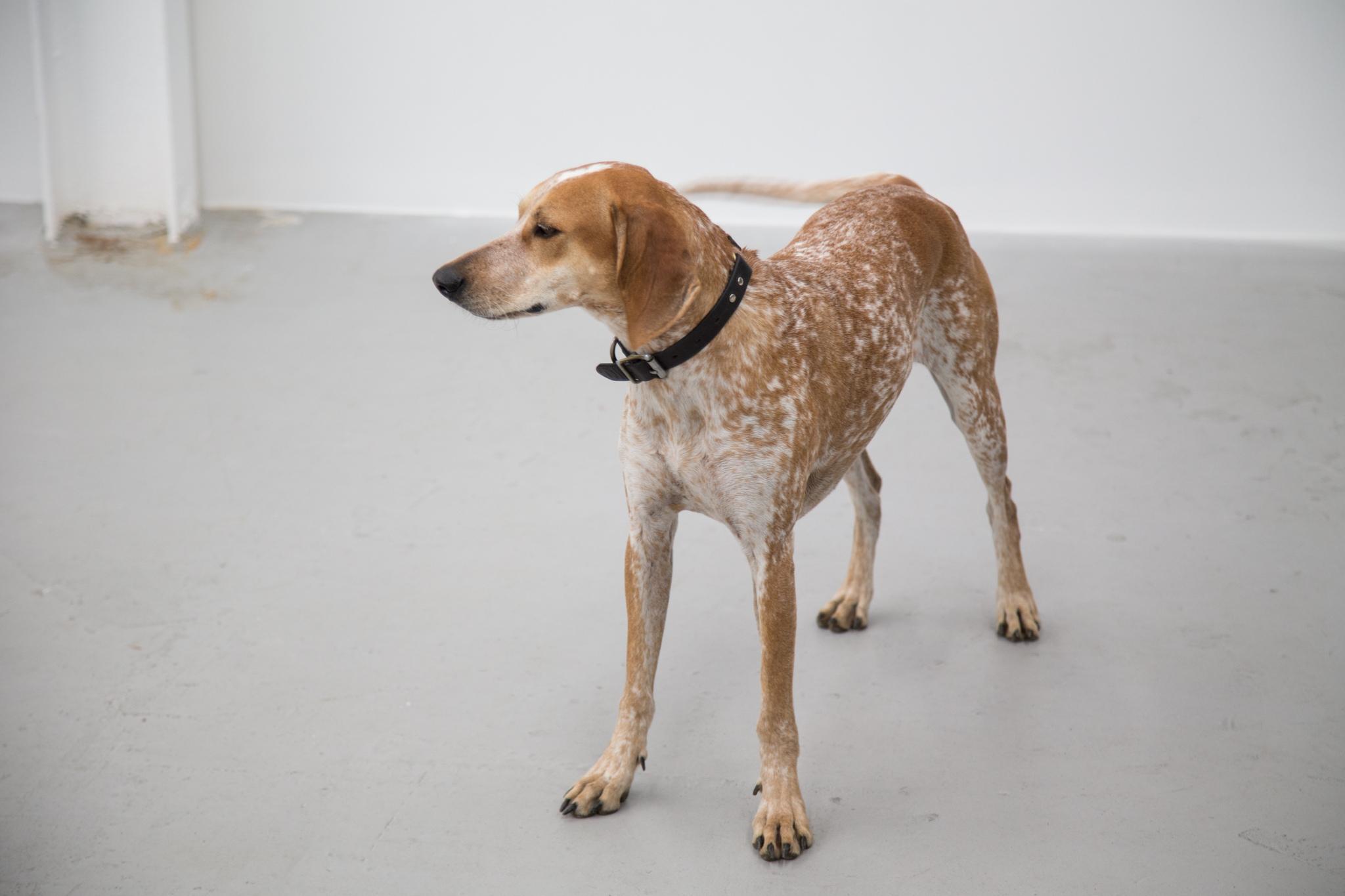 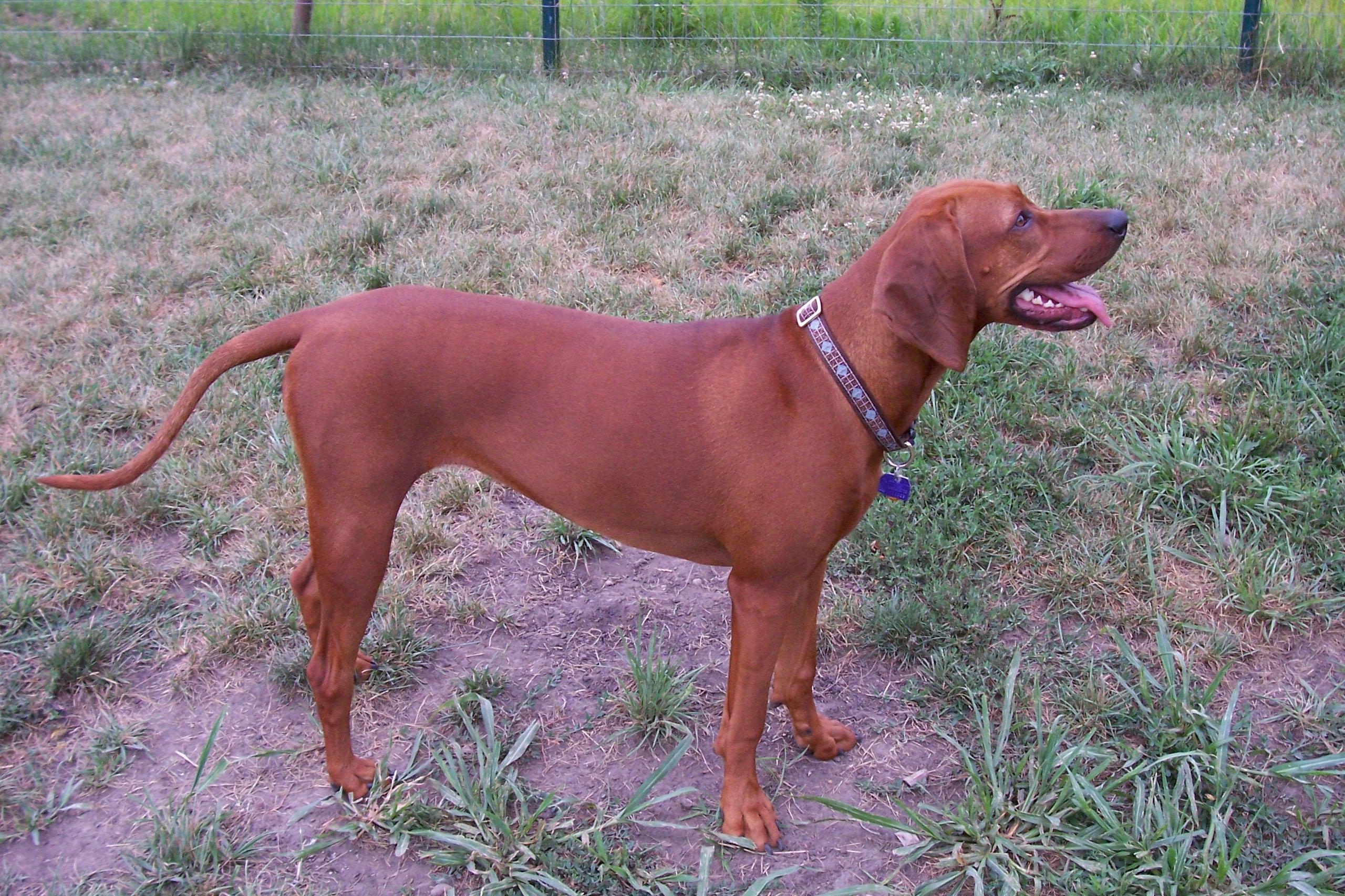 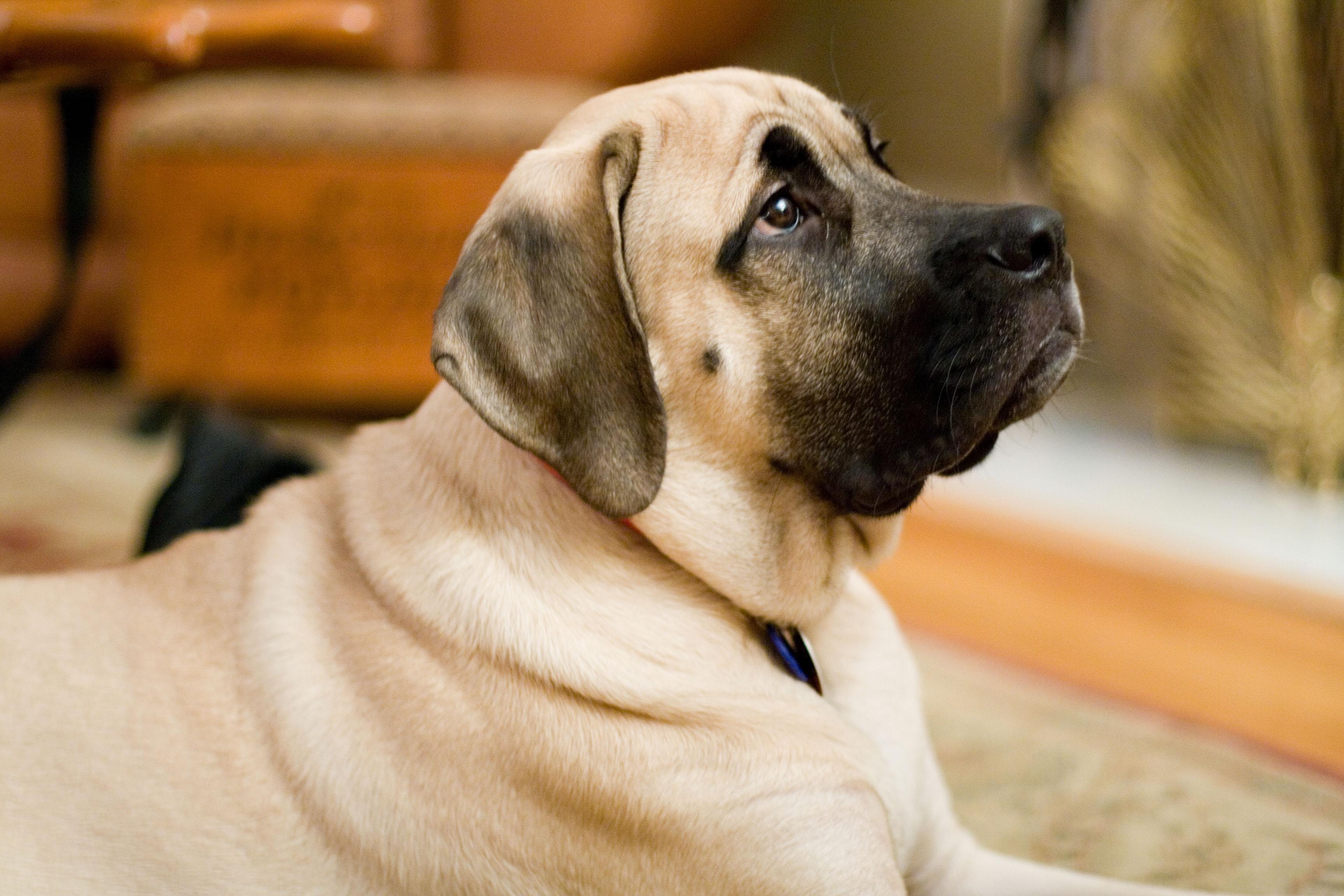 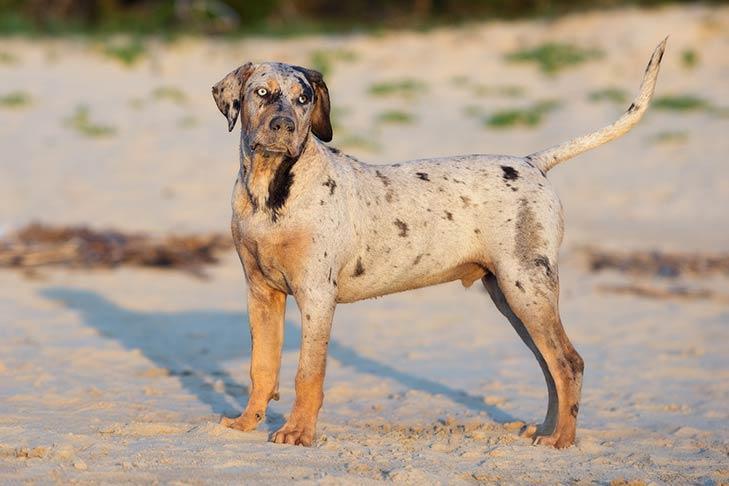 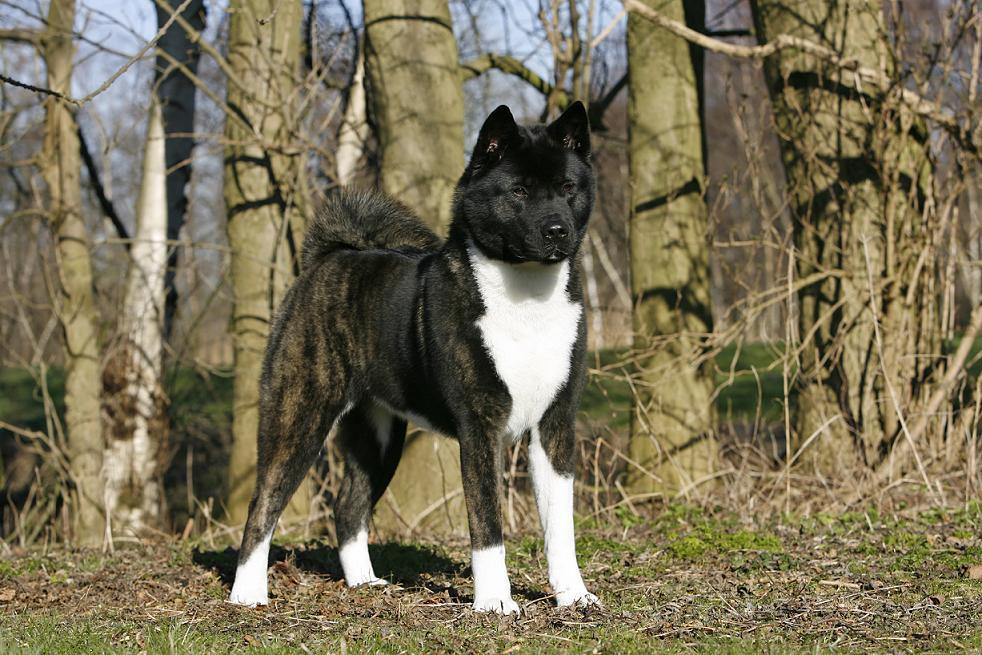 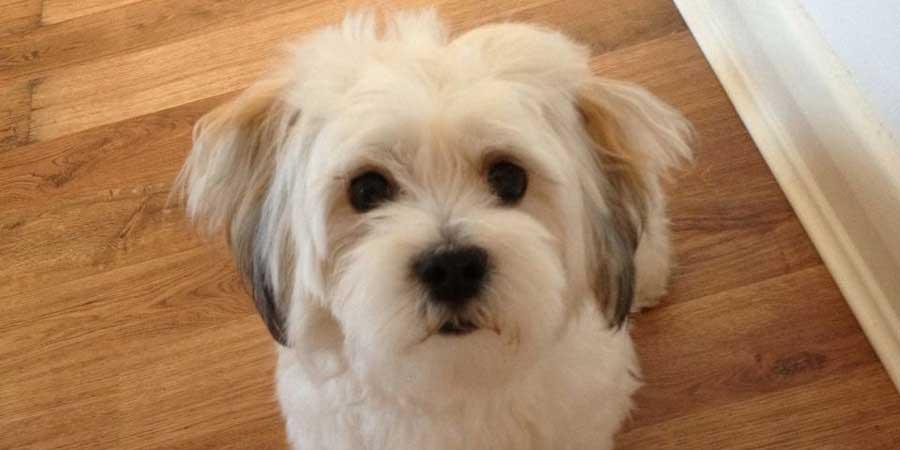 1 of 11
Most Popular American Dog Breeds
Back to top