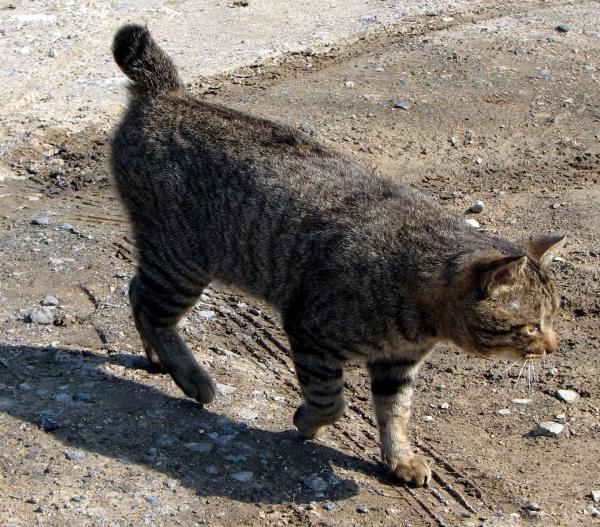 The Japanese Bobtail is a peculiar, friendly and famous cat breed. Are you looking to adopt a Japanese bobtail? If so, you've come to the right place!

For more about this incredibly beautiful cat, keep reading this AnimalWised breedfile where we tell you everything you need to know about the Japanese bobtail cat.

Origin of the Japanese Bobtail cat

The Japanese Bobtail is an incredibly interesting cat with an even more interesting background. Surrounded by several theories and myths, many consider that its origin dates back to the Kuri Islands, where they were collected by sailors for good luck. There are also myths about the Maneki-neko, a short-tailed cat who used to signal to travelers where they needed to go. You may recognize Maneki-nekos rather as today's popular fortune cats, the little cat figurine which is often perched near cash machines in Japanese restaurants.

One of many theories around this short-tail cat is that it dates back 1,000 years ago and by 1602 was one of Japan's predominant street cats. In 1968, the Japanese bobtail was brought from Japan to the Western world.

If you don't already know, the bobtail cat is known for its incredibly short tail, resembling that of a rabbit's. But where does this short-tail come from? Keep reading to find out!

Before we begin, we need to clarify that the American bobtail, other than their short tail, share nothing in common with the Japanese bobtail.

The Japanese Bobtail cat has an equilateral triangle shaped face with high cheekbones. It's body is agile and slender with hind legs longer than the back legs. It has oval eyes which may appear blue or gold in color. They are medium in size with males often being slightly bigger than females. The color of a Japanese bobtail's coat varies and can appear black and white, mi-ke which is similar to calico or tri-colored. You can find short-haired Japanese bobtails or long-haired Japanese bobtail cats.

The Japanese bobtail's recessive tail is formed from a genetic mutation and dominant genes and is generally 3cm in length. The tail must be visible and may display kinks and curves. No Japanese bobtail tail is the same as another.

The cats are known for their affable character who love people, regardless of whether or not they are strangers. These cats are incredibly curious, sweet and loving cats that love to play. In addition, they like to sing! Yes, you heard us right. They have a melancholic voice characteristic of their breed.

These cats can adapt to all types of living situations as long as they receive the proper care, affection, play time and a high quality diet.

Caring for a Japanese Bobtail

If you have a long-haired Japanese bobtail, you will need to brush it more regularly than a short-haired bobtail, keeping its coat nice and shiny and free of dead hair. Like with all cats, make sure that your Japanese bobtail receives appropriate vaccination and deworming, as well as visits your veterinarian for check-ups when necessary. These cats love to play, so you need to make sure you offer them enough toys and play time so that they can expel energy in a healthy way. For more ideas on how to do this, read our article where we list 10 games to entertain my cat.

Health of a Japanese bobtail

Unlike Manx cats, the Japanese bobtail cat breed are not known for suffering from common genetic conditions and are known for being generally healthy cats. However, if you do notice anything out of the ordinary, make sure to consult a veterinarian as soon as possible.

Upload a picture of your Japanese Bobtail 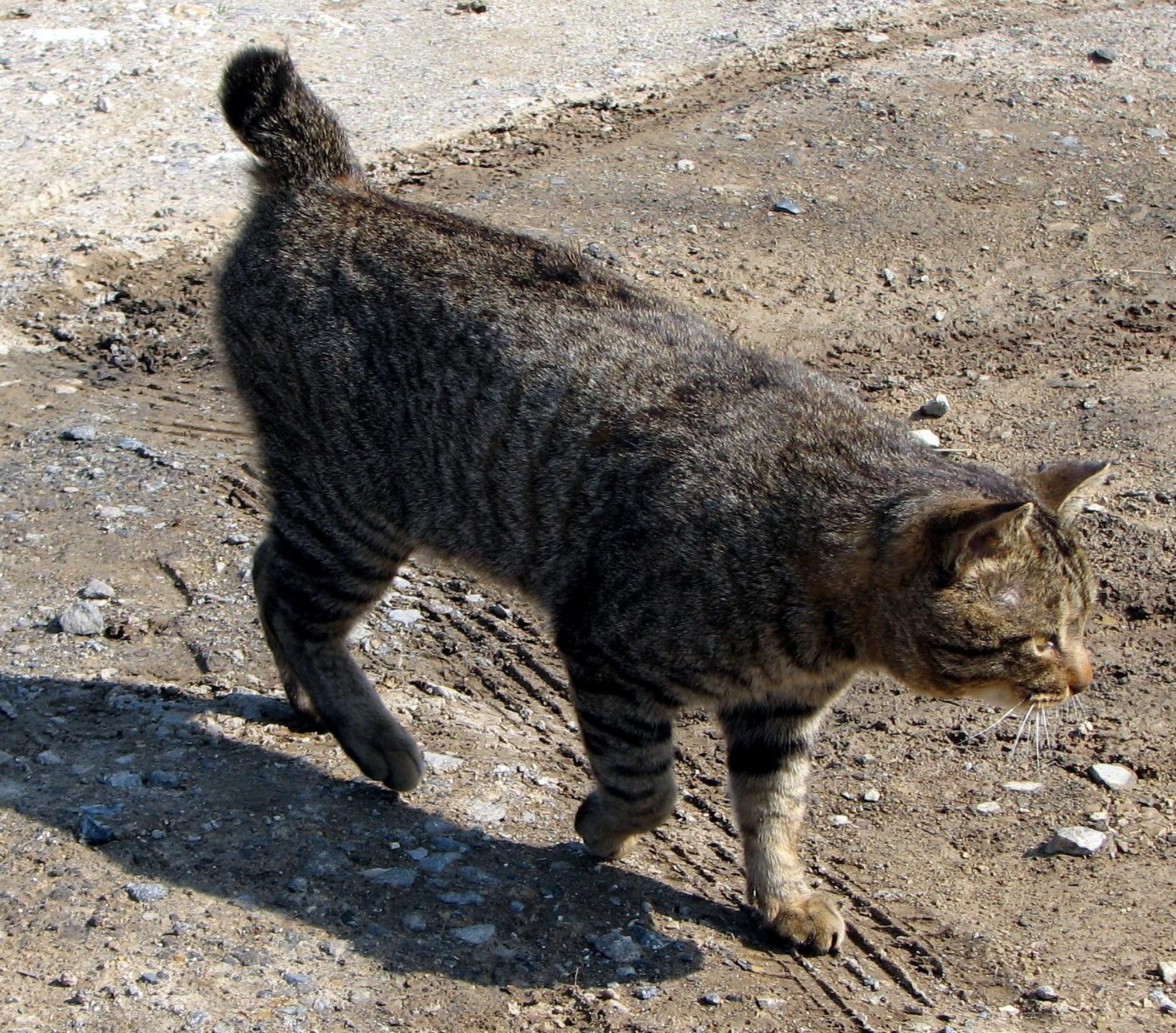 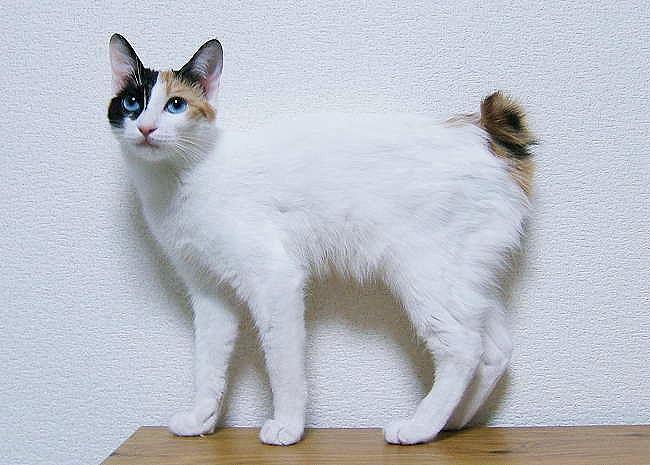 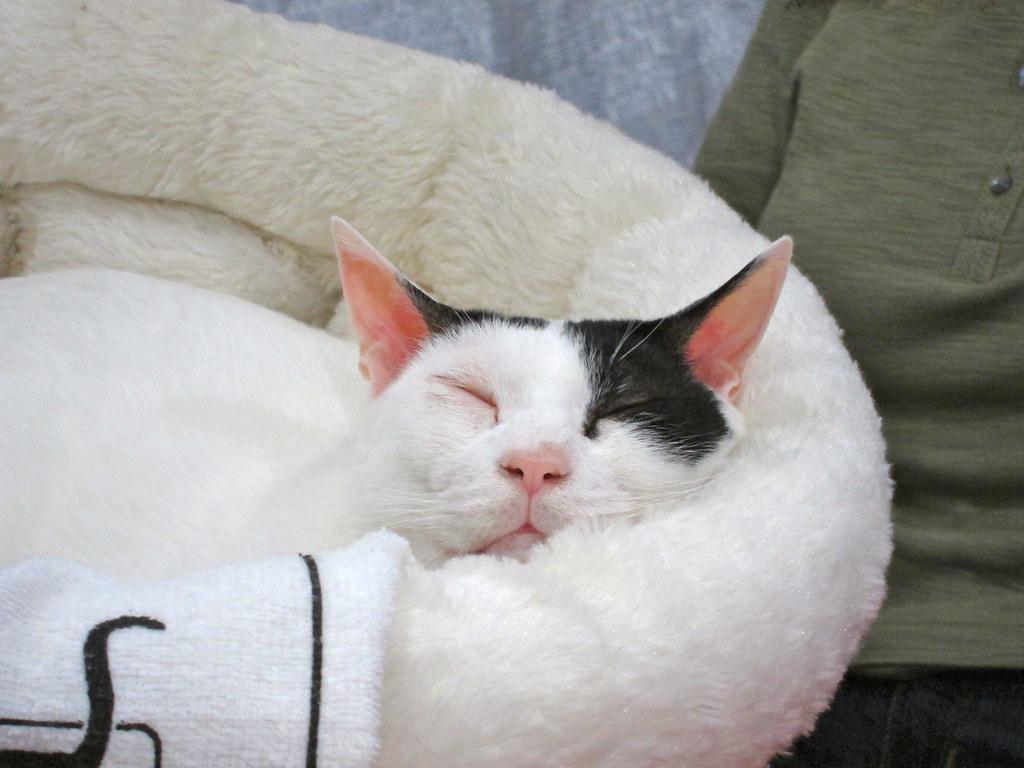 1 of 3
Japanese Bobtail
Back to top