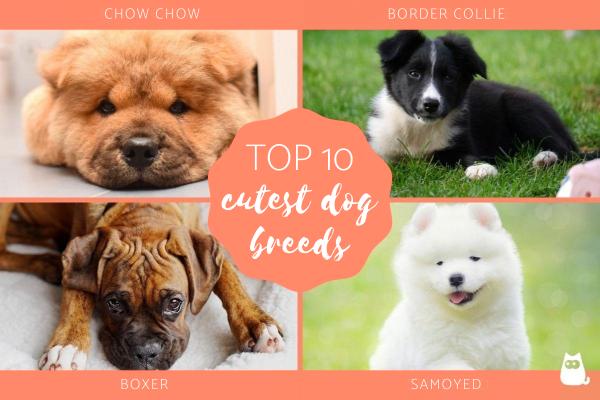 There are many reasons to adopt a dog. They're friendly, loyal, playful but also very cute. If you're looking into adopting a cute dog, you might be asking yourself, what are the cutest dog breeds in the world?

Well, you've come to the right place! In this AnimalWised article we're going to go through the top 10 cutest dog breeds in the world. We'll talk about each one so you can learn more about their personality and care.

You may also be interested in: Top 10 Unique Cat Breeds
Contents

The Pomeranian dog breed originated in the region of Pomerania, in northern Germany and Poland. At first, these dogs weighed more than 10 kilograms, however, their size was considerably reduced when they reached European kennels, reaching a maximum weight of 3 kilograms.

Their abundant fur protects them from cold climates. It consists of two layers of hair, a short and dense internal layer and a long and less soft external layer. In addition to its characteristic mane and small size, it has a small, triangular head similar to that of a fox. Thanks to all of these characteristics, it is considered one of the most adorable dogs in the world.

As for the character of the Pomeranian, it is an independent and territorial animal, although it is usually very cheerful and playful. They have a lot of energy and tend to socialize well with their human companions.

The Shar Pei dog was one of the first dog breeds in Southern China. At first, they were used in hunting activities, herding, as a guardian dog and as a fighting dog. However, over their years their role has changed and they are now one of the most adored companion dogs all over the world.

This dog breed is known for their wrinkled skin, especially on their head. Although adorable, these wrinkles make them prone to eye and skin problems. These dogs are also characterised by their short tail and small dark eyes, hidden amount their wrinkles.

Although it's common to see these dogs with a cream-brown coat, this breed also comes in other colors, such as gray, black, whitish, etc. In regards to their character, these dogs are calm, affectionate and intelligent. They are also quite independent.

Thanks to these physical characteristics and their loving character, these dogs are one of the cutest and most loved dogs in the world.

Bichon Frise is believed to have originated in the island of Malta or Southern Italy. These small and fluffy dogs are characterised by their white and abundant amount of hair. Their petite size is also an important factor when it comes to their cuteness. In fact, these dogs don't exceed 3.5 kg.

This dog is so beautiful that they are known to compete in canine beauty contests. The Bichon Frise is a great companion dog thanks to their cheerful and very friendly character.

The Cavalier King Charles Spaniel originated in England. Their name includes “Charles” that refers to Carlos II, as this dog was a great friend and a member of the king's entourage. Since then, they have served as a good companion animal.

These dogs are also quite small as they don't exceed 8 kg in weight. They have a certain resemblance to the Cocker Spaniel breed as it has long, hairy and drooping ear that give them that adorable appearance. These dogs also come in different colors and combination of colors. Their beautiful coat will need to be properly cared for.

Cavalier King Charles Spaniel are mainly balanced and active dogs. They are also very affectionate and social with all kinds of people, especially when well socialized from a young age. These dogs will also need plenty of care and walks.

From their cute appearance to their playful character, these dogs make a great companion dog.

Since this is a list of cute dogs, we cannot forget the Chow Chow dog. These cute and fluffy dog's name literally means “soft and fluffy lion”. These dogs originated in China as a guard, hunting or herding dog. However, nowadays they are one of the most famous companion dogs in the world.

These dogs are medium in size, weighing around 30 kg as adults. They also have very abundant hair, giving them that lion look. They also have short ears and a blue tongue. These dogs aren't very energetic, instead, they are very calm and faithful dogs. The perfect combination for a companion dog!

The Samoyed dog breed originates in Russia, where they served as a hunting, herding and even sledding dog thanks to their strength. In addition, their abundant fur made them ideal for the cold climate.

These dogs are very elegant and cute! They have beautiful long white hair made up of two layers: the outer layer which is thicker and rough, and the inner layer with is softer and woolly. They have small, erect and triangular ears, as well as small dark-colored eyes.

What makes them so adorable is their face, that always appears to be cheerful. Their temperament is also quite good as they are very sociable. They tend to get along with different people and other animals. Making them a great option for a family that's looking for a cheerful and cute dog!

Beagles are known for their long and drooping ears, their short limbs and their tri-color coat that usually combines brown, white and black. As adults, they are small-medium in size and can weigh around 20 or 25 kilograms.

In regards to their character, beagles are kind and obedient dogs. However, due to their hunting skills, they are also active and independent. For this reason, it's very important to train them from a young age and make sure they get enough exercise.

Thanks to their adorable physical appearance and their personality, it's no doubt that they are one of the most tender dogs in the world!

The Boxer dog was originally a German working dog. However, nowadays they are adored by many as a companion dog. This dog breed had to be on our list of cutest dogs in the world due to their cute facial expression and loyal character.

These dogs are characterized by their flattened face, similar to that of a bulldog. Boxer dogs are medium-large sized as they are generally reach a weight of 40 kg. They are also very strong and have a muscular body with short and dense hair.

In regards to character, these dogs are very loyal, protective and active. They'll need to be well trained through positive reinforcement. They'll also need a kind and active caregiver that can provide them with plenty of physical activity throughout the day.

Thanks to their faithful and protective nature, as well as their kind eyes and cute floppy ears, these dogs are a great option for a cute companion dog!

Next on our list is the Basset Hound, a dog breed thought to have originated in France. With time, they spread to the United Kingdom, the United States and more countries.

Their drooping eyelids and little face wrinkles make them look sad. However, this is far from the truth as they are very cheerful and active dogs. Other than their drooping ears, they are also known for their elongated body and short limbs. Although they seem very small, due to the length of their legs, these dogs are medium-sized dogs weighing at around 30 - 40 kg.

When it comes to their character, these dogs are very happy and playful dogs. Their hunting instincts make them a very active dog so they will need lots of exercise. However, they also demand lots of attention and affection. For all of these reasons, it's no wonder why they're one of the cutest dogs in the world.

Last on our list is the Border Collie. This breed was developed in the UK and then spread to other parts of the world.

These dogs are one of the most adorable dogs in the world thanks to their beautiful coat, beautiful and kind eyes and their floppy ears. Border Collies are medium-sized dogs as they weigh less than 25 kg. These dogs come in different colors or color combination, however, the most popular is black and white.Their hair is soft and long.

Their eyes are also very popular as they can have dark, light or even mixed eye color. These dogs are very affectionate, active and intelligent. In fact, they are considered one of the most intelligent dog breeds. This is mainly because they are very easy to train. They have a great ability and speed to learn tricks and orders.

This breed will need active and affectionate caregivers that can keep them physically and cognitively entertained. With that being said, not only are they intelligent but they are also very cute companion dogs!

Other breeds of cute dogs

In addition to our top 10 cutest dog breeds in the world, there are many other cute dog breeds, such as:

Did we miss a cute dog breed? Let us know in the comments below which dog breed you think is the cutest!

If you want to read similar articles to Top 10 Cutest Dog Breeds in the World, we recommend you visit our Comparisons category. 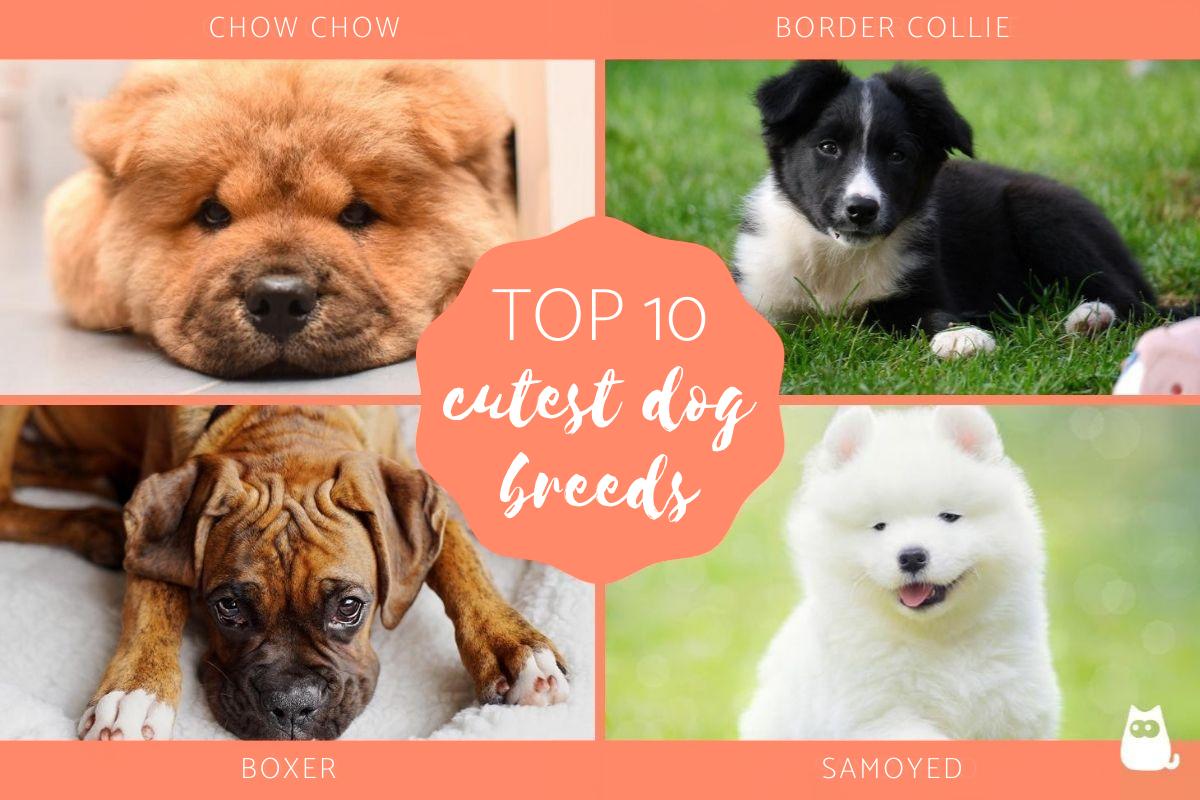 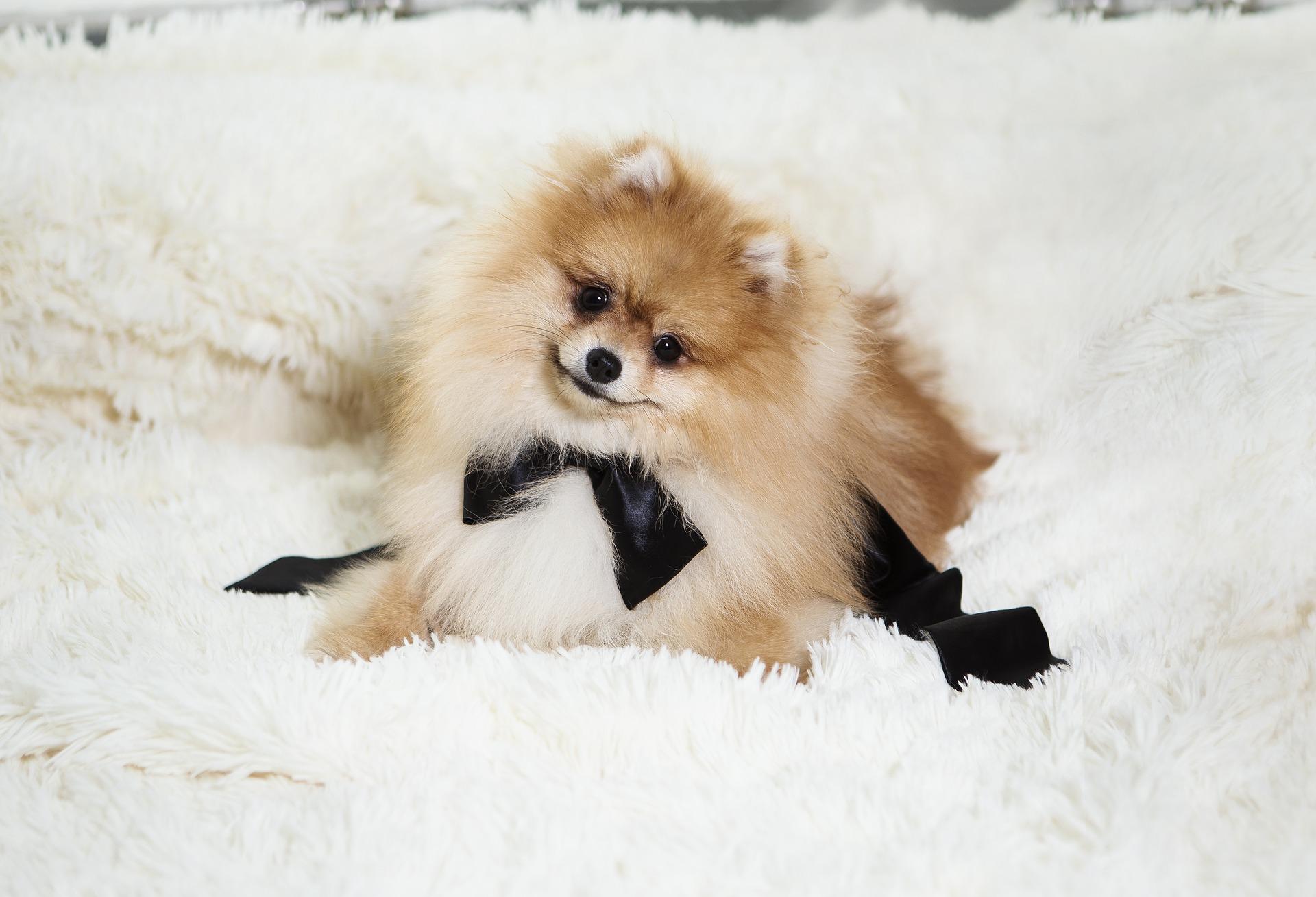 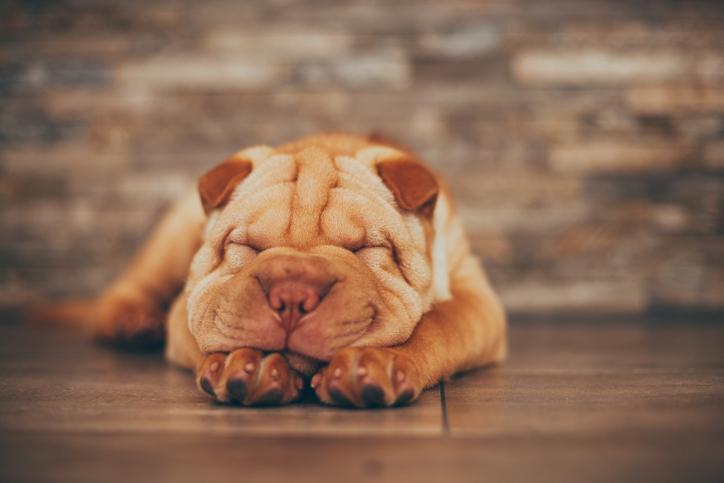 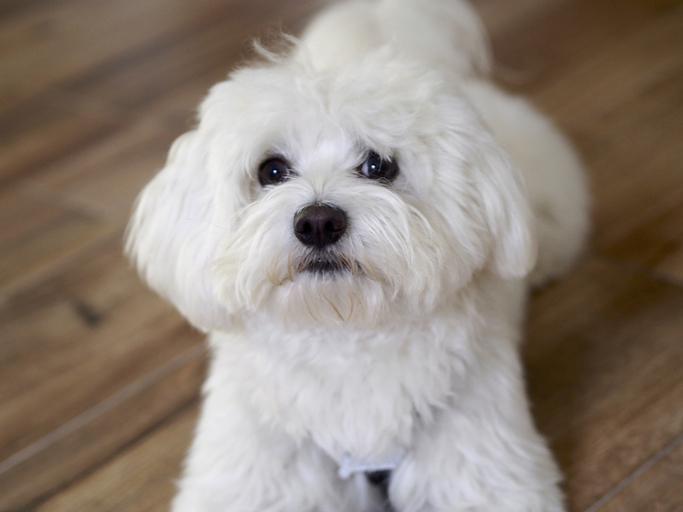 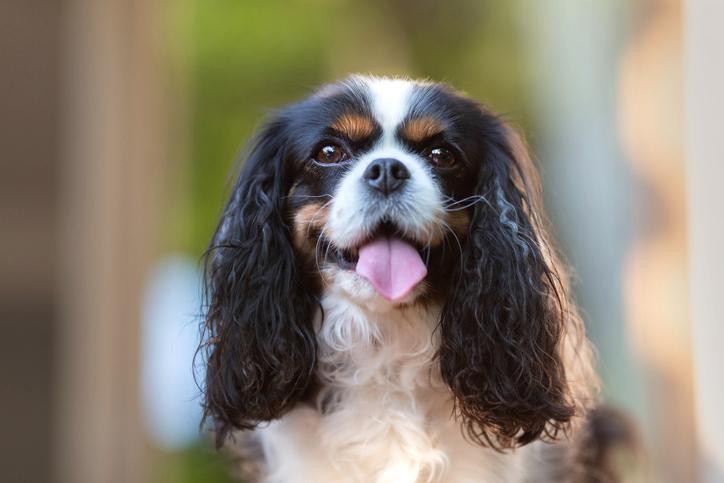 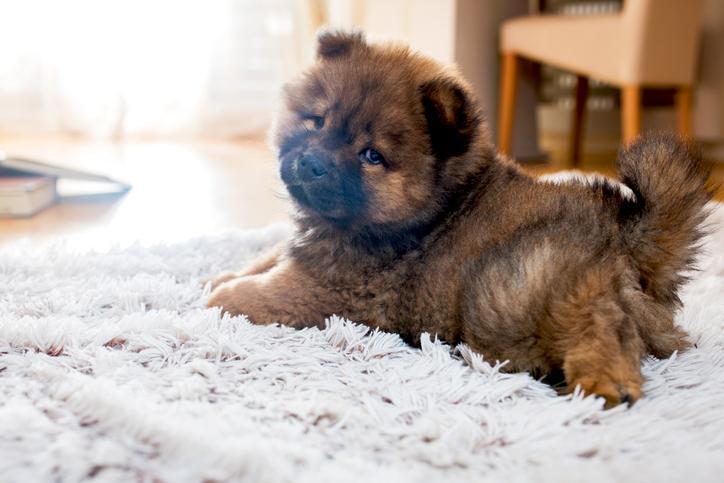 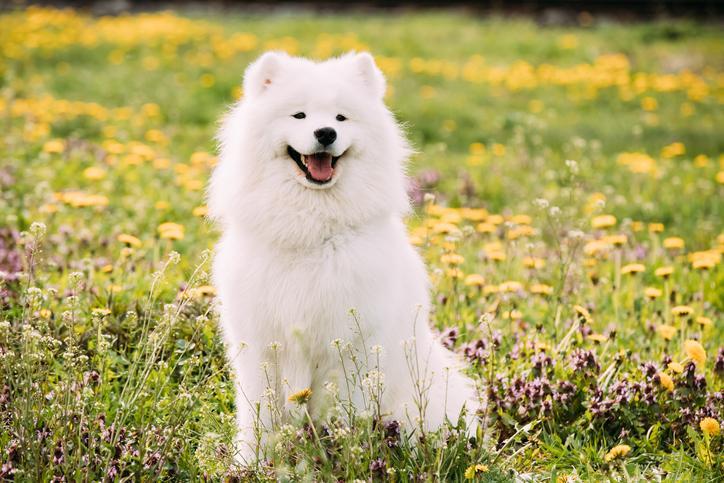 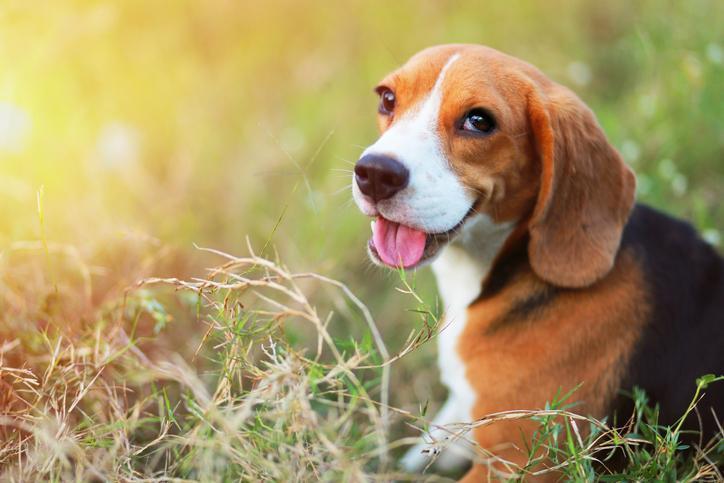 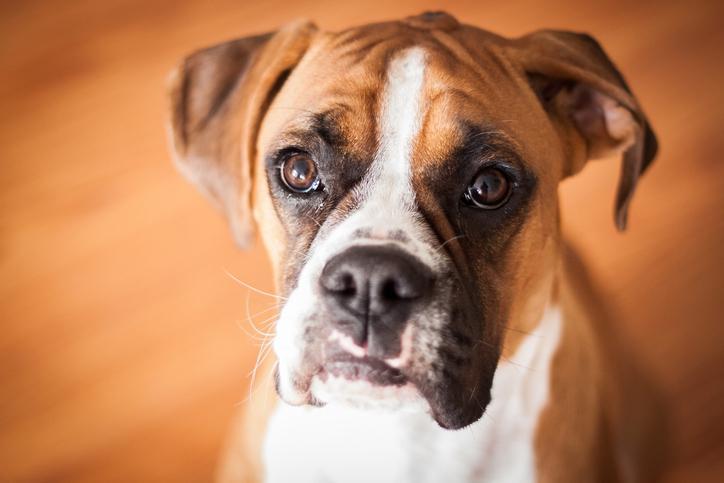 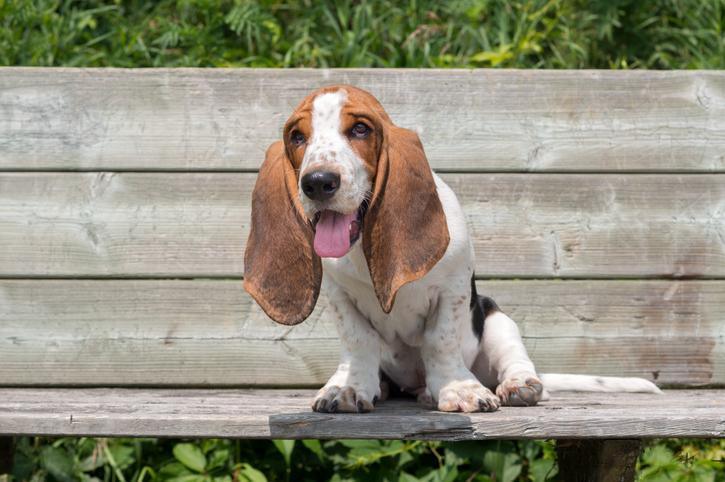 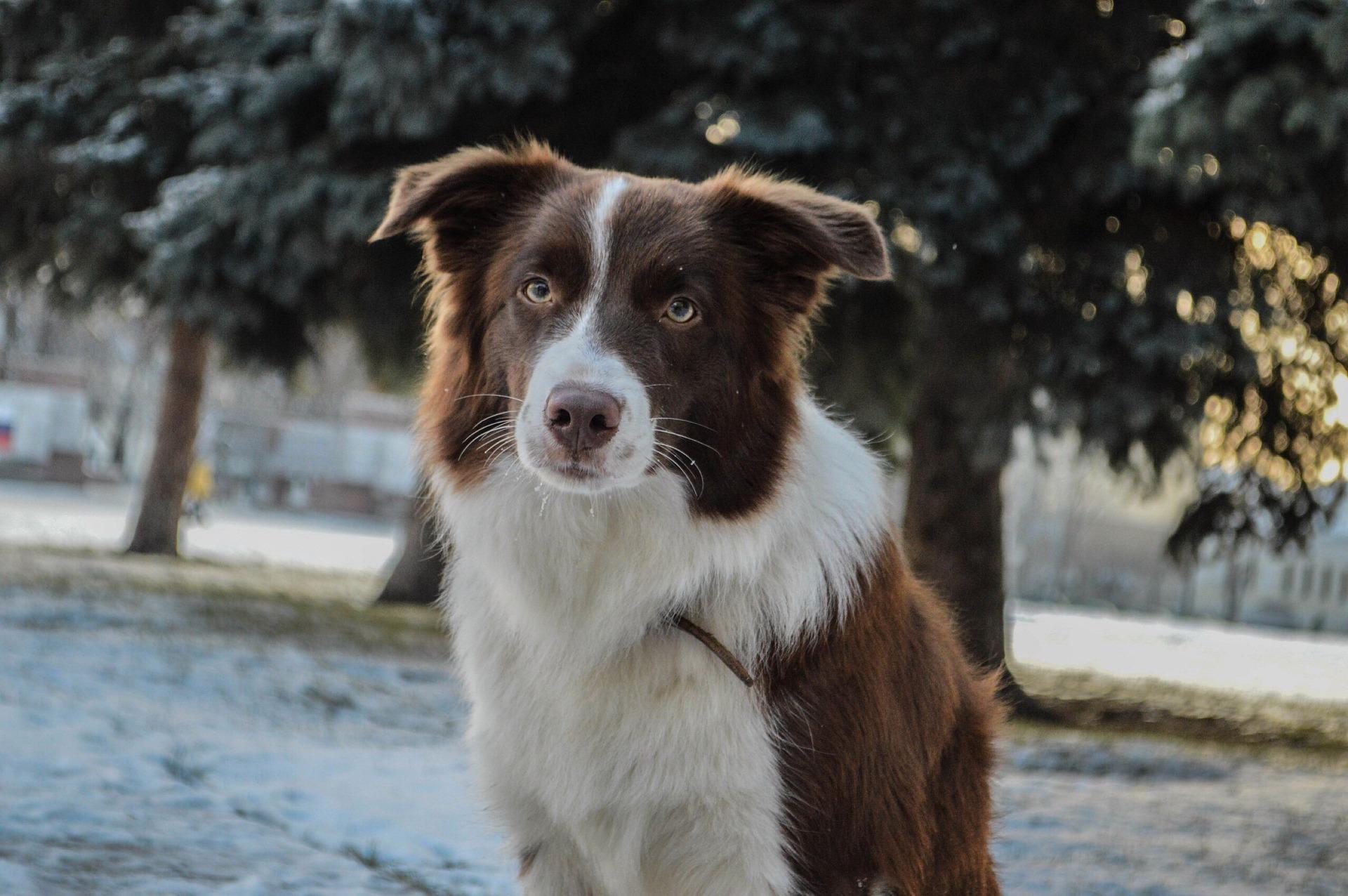