By Nick A. Romero, Biologist and environmental educator. May 30, 2022

Insects are the most diverse animals on the planet, of which more than a million species have been identified. Estimates indicate there is still between six to ten times this amount yet to be discovered. With such a wide distribution and diversity, they have inhabited practically every biome on the planet, including water. If we are to think of insects, we don't normally associate them with being under water. For this reason, AnimalWised presents our list of aquatic insects. We share these types of water insects and present their known behaviors and characteristics. We also provide examples of aquatic insect species with photos so you can see what they look like.

You may also be interested in: Types of Stick Insects - Characteristics of Stick Bugs
Contents

What are aquatic insects?

Aquatic insects, also known as water insects, are types of invertebrate animals which spend at least some of their life cycle in water. Some of these species may only carry out their developmental stages under water while they become exclusively terrestrial once they reach maturity.

Do insects live in the ocean?

When we discuss aquatic insects, we are almost exclusively refer to freshwater insects. Relatively very few marine insects exist. If they do, they tend to live in littoral or intertidal areas near the shore. It is believed that there are not any insects living in the open water because their respiratory system prevents them from diving sufficiently to evade predation[1].

You can learn about other groups of arthropods in our related article on the types of stick insects.

How do aquatic insects breathe?

All animals need to carry out respiration. They take oxygen from their environment and then distribute it throughout their body. However, not all animals do it in the same way. The process of respiration varies from one group to another due to the various adaptations animals have developed to better interact with their environments.

Generally speaking, insects do not have lungs. Rather, they have holes in some areas of the body that are known as spiracles through which oxygen enters. Air then passes to branched structures called tracheae which then diffuses oxygen to the various tissues.

In the case of aquatic insects, a series of adaptations or peculiarities have been developed to be able to breathe underwater. Water insects can have an open or a closed tracheal system. Depending on which they possess, their method of breathing underwater can vary:

In the open tracheal system, aquatic insects can breathe in one of the following ways:

In the case of the closed tracheal system, aquatic insects breathe:

Learn more about how different animals breathe with our articles on how fish breathe underwater and how animals can breathe through their skin.

Aquatic insects have a series of characteristics to be able to lead a complete or partial life in water, on or around. Among these we can mention:

As we mentioned at the beginning, insects are a very diverse group within the animal world. It is important to remember that some species live their entire lives in water, while others have a short terrestrial period in their adult form. In these cases, they are also usually considered aquatic, because their greatest development is carried out submerged in water.

Certain examples of aquatic insects are:

While some species of ant like places with a lot of moisture, none are considered aquatic insects. Learn more about this different insect species with our article on the different types of ants.

If you want to read similar articles to Aquatic Insects - Types of Water Insects, we recommend you visit our Facts about the animal kingdom category.

Bibliography
Types of Water Birds
Animals That Eat Insects - List and Fun Facts
Smallest Insects in the World
The Largest Insects in The World
Related categories
Endangered animals
Most read
1.
What Animal am I According to my Zodiac Sign?
2.
What Does It Mean When a Cat Shows Up at My Door
3.
10 Most Beautiful Animals in the World
4.
Why do Dogs Get Stuck when Mating?
5.
Animals With Scales - Full List
6.
Examples of Vertebrate and Invertebrate Animals
7.
Differences Between Deer, Elk, Moose and Reindeer
8.
Can Cats Absorb Negative Energy?
Different Types of Otters
Why Do Ants Carry Dead Insects?
Aquatic Reptiles - Types of Marine and Freshwater Reptiles
Types of Adaptations in Animals
Different Types of Marsupials
Different Types of Swans
Types of Animals with Gills
Types of Ants - Characteristics and Photos 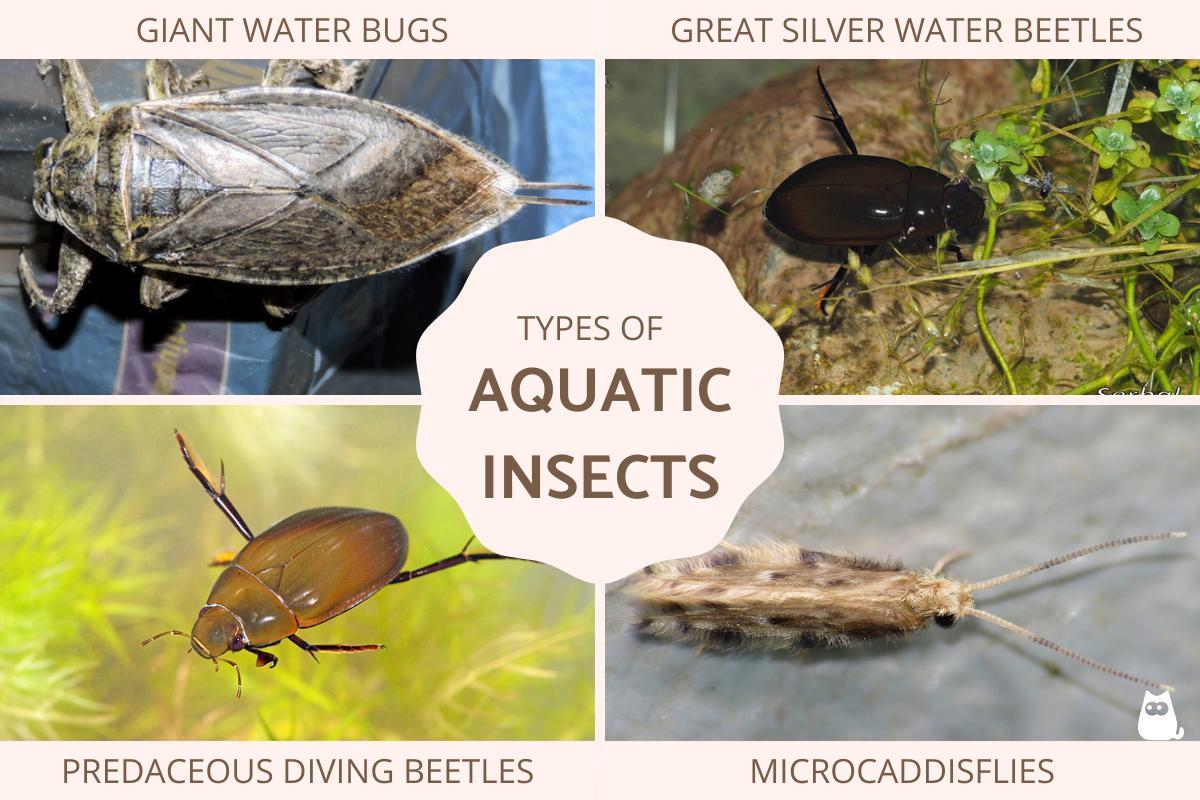 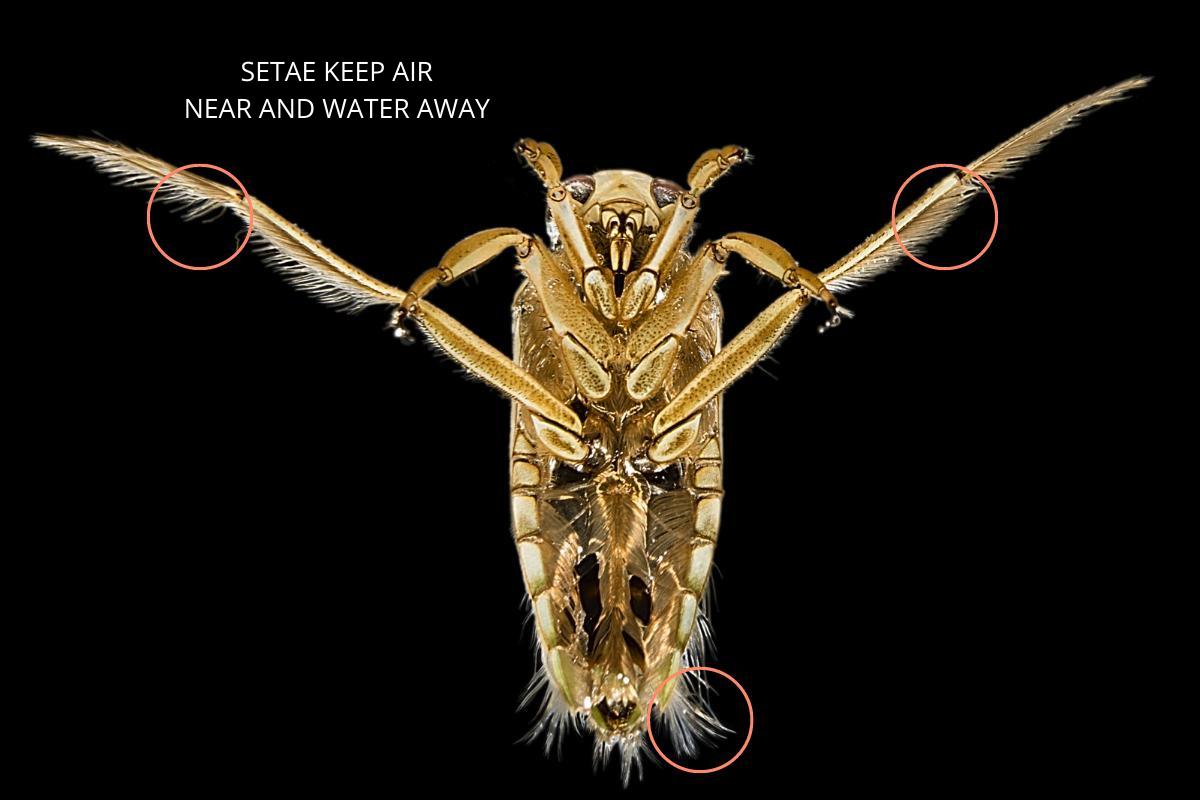 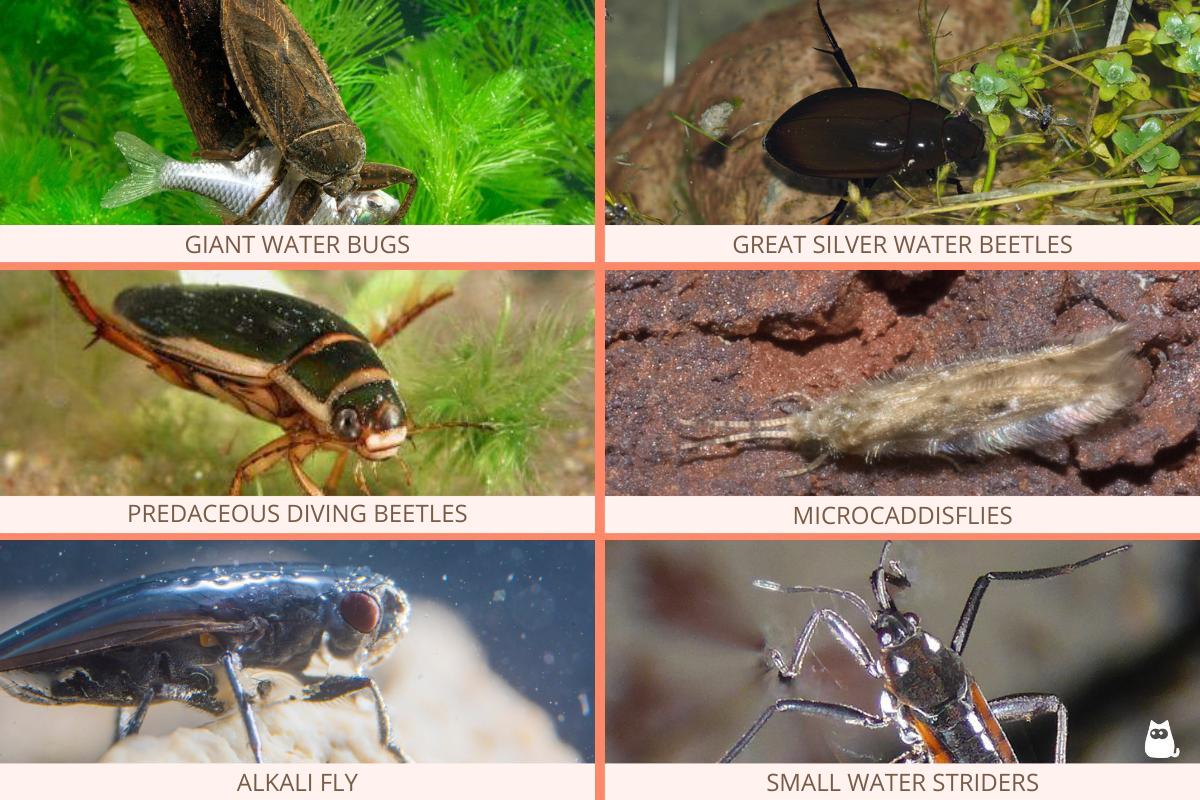 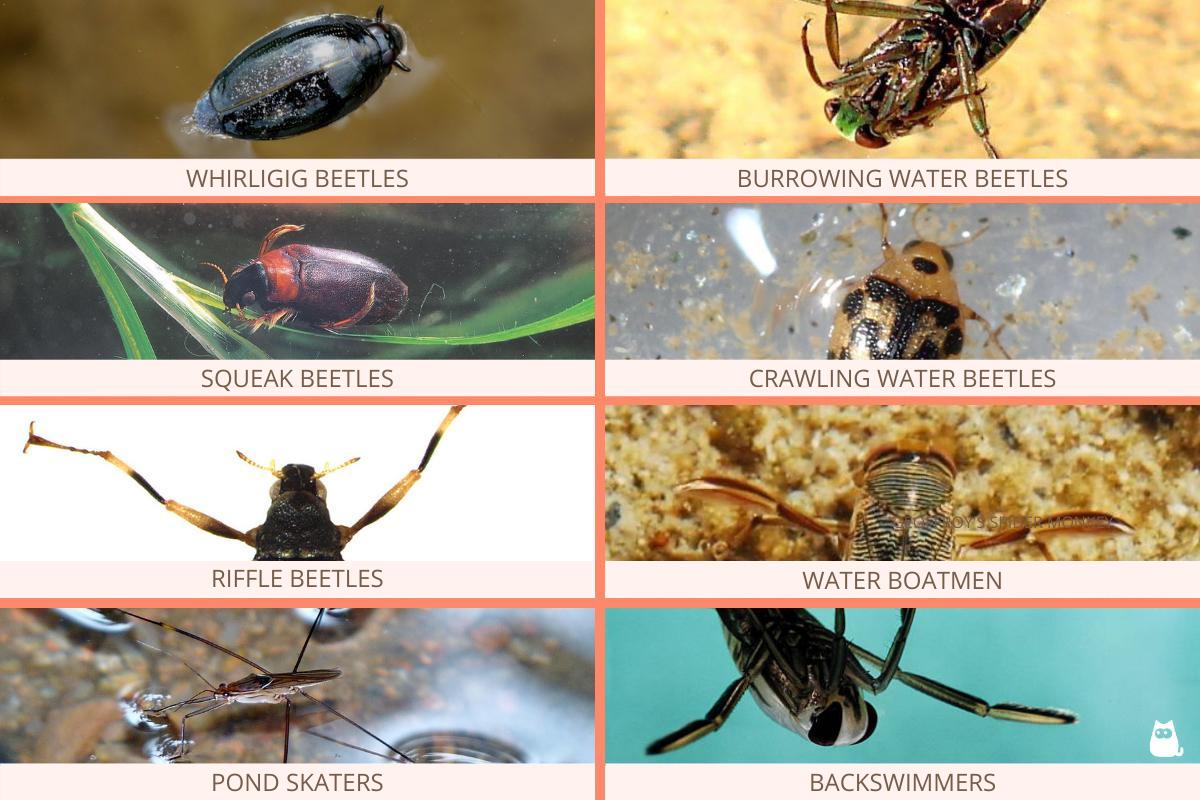