Would you think it strange if we were born with horns? We might think they would get in the way, but many horned animals seem to be able to put them to good use. Not all horns are the same. There are different types of animal horns. Some are long, some curly, others are stubby and don't seem to have much use at all. The reasons for animals having horns have to do with various environmental and evolutionary adaptations. Mostly, they are used to interact with other animals, whether to attract a mate, fight for dominance or even to obtain food. Some horned animals need them to survive.

In our list of animals with horns, AnimalWised looks at the different types of horns on display and explains their uses (where possible). Whether big, long or twisted, these morphological wonders shed some fascinating light on animal behavior.

Why do animals have horns?

Before bringing you our list of horned animals, we should go into a little background over horns and their uses. Horns are bony structures which protrude from the heads of some animals. They are attached to the head via bone, but the horns themselves are made from proteins such as keratin (the protein from which fingernails in humans and claws in dogs are made). Some animal species have antlers which shed. Antlers are not true horns as they are made of all bone. The antlers develop in different stages, one of which has a coating known as velvet which can peel off.

In general, males are more likely to have horns than females, although there are many species which make exceptions. It is most common for the animal to have one pair of horns, but it is also possible for their to be more sets. This can differ within different species of the same animal.

Whether the animal has one set of horns or more, it is important to know their function. Most animal species have horns to use as a form of defence. This could be to defend themselves against aggressive males of the same species or against predators. However, their use is not only for violence. Horns can be used to perform other functions such as removing obstacles in their way or obtaining food from high branches. Males may also use their horns as a means of attraction during mating rituals.

Animal horns can grow in various shapes. Some are thick, others thin, some elongated and straight, others twisted or in a spiral shape. By looking at the different horned animals, we can get a better idea of why horns can be so useful in the animal kingdom.

We start with our list of horned animals by highlighting those with big horns. These tend to be large and robust, often proving quite formidable for anyone who gets on the wrong side of the animal. Examples include:

There are many different types of chameleon, but not many have horns. Some, like the rhinoceros chameleon look as if they have a horn, but this is not a true bone. The Jackson's chameleon, however, has not one, but three. Two smaller horns at the top and one larger nose at the end of their snout. While we may often associate horns with mammals, reptiles with horns have been around for much longer. We can see this from the now extinct reptilian dinosaurs which had horns. The Jackson's chameleon's main horn is big in proportion to the rest of their body. As with the rest of their body, the horns can change color also to act as camouflage.

The Cape buffalo (Syncerus caffer), also known as the brown buffalo, is a bovine animal from Africa. One of its most notable features are its horns. These big horns sit at the side of the buffalo's skull and curve round. These curled horns look quite beautiful, but they are extremely dangerous. The Cape buffalo can be very defensive and it is known to attack humans. By some estimates, they are one of the most deadly animals on the entire African continent.

Muflon are a type of wild sheep which also bear horns and the common muflon (Ovis orientalis musimon) is a particular subspecies. All males of the European muflon have horns, but only some females will have them. Their horns are so curly, they almost create a full circular rotation in their shape.

The markhor (Capra falconeri) is a type of wild goat with one of the most characteristic horns in the animal kingdom. Their horns are very big, very long and in a spiral shape which look a little like giant ornate seashells. They are the national animal of Pakistan and is sometimes known as the screw-horn goat. They are so large, markhor horns can measure up to one and a half meters.

Sometimes known as the South African Oryx, the gemsbok (Oryx gazella) is a type of antelope and joins our list as one of the many African horned animals. Horns are present in both males and females, but males have longer horns, which are thicker and more pointed.

Deer are a family of ruminants characterized by the large antlers belonging to the males. These antlers shed annually, making them vulnerable at certain times of the year. They exist for males to fight, but they may also have more practical uses. As we said above, antlers look and behave like horns, but they are not true horns due to their biological makeup. The moose (known in some parts as elk) are also animals with antlers.

The horned animals in the previous section stand out for being very big, but here are some which are best known for their length:

The bull is perhaps the best known horned animal. This is due to their common use in many cultures, used to sire young from female cows (some of whom also have horns). The phrase ‘grab the bull by the horns’ is a common English idiom meaning to address problems face on. The bull's horns are often sharp and their aggression make them difficult to manage, with almost half of farm-related fatalities in Canada alone being due to bull attacks. To know more about this animal, you can take a look at our article on the differences between an ox and a bull.

Several species and subspecies of ungulate mammals are included under the umbrella term ‘antelope’. These animals have long and thing horns. Some varieties also have spiral horns. Antelope horns are mostly hollow. They are used for fighting and asserting hierarchies among groups.

One specific type of antelope is the impala (Aepyceros melampus). This horned animal is smaller than most other antelope, but their horns are very long, reaching up to almost 1 meter. Impala horns are ‘lyre’ shaped as they curve in the middle, but are not spiral like some animals. Impala horns are not only used for fighting, but are there to defend the skull against attack. With impala having such long horns, this is a useful adaptation.

The West Caucasian tur (Capra caucasica) is part of the goat family. Males are larger than females in general, but so too are their horns which can reach up to 75 cm and curve at the back.

The ibex (Capra ibex) is a bovine that inhabits the mountainous areas of the Alps. Females and males have horns, but they differ greatly. Male ibex horns are longer, growing up to 1 meter in length. They both have characteristic ridges which provide traction when fighting against another ibex. Ibex live in groups and the hierarchy of the group appears to be based on horn length. When male ibex fight, they cause severe blows with their horns which can be very damaging.

Also known as the white antelope, the addax (Addax nasomaculatus) belongs to the same family of antelopes. It has long, thin horns that become slightly twisted as they grow up. These spirals will have two to three twists, depending on the individual. These creatures are unfortunately under threat and require conservation to maintain numbers in the wild.

The sable antelope (Hippotragus niger) is a type of goat and another of our list of African horned animals. They have a very elegant appearance, with distinguished markings on their head and body. Equally elegant are their horns which grow straight when they are younger and curve when they age.

The beisa (Oryx beisa) is also known as the East African oryx. These horns are very straight, thin and have distinctive rings going up and down them.

Other animals with horns

To finish we will add some more horned animals which do not necessarily fall into the categories of big, long or curly horns, but have them nonetheless:

The giraffe (Giraffa camelopardalis) is an African horned animal which we associate most with having a long neck. Females and males both have them, although they are not actually true horns. Instead, they are something known as ossicones. These are made from ossified cartilage rather than living bone. These giraffe horns are covered in fur, unlike horns of many other mammals. It is believed these protuberances may have use as thermoregulators, although they are also used for fighting.

The okapi (Okapia johnstoni) is a species of African mammal related to giraffes. Apart from its curious appearance (reddish brown back with striped fur legs similar to zebras), it has two small horns on its head. These horns, however, seem to have no apparent utility. They don't use them to fight and females don't have them at all. It is possible they are an evolutionary relic which have lost their use.

The giant horned lizard (Phrynosoma asio is among the horned animals of Mexico. On top of its head are true horns (i.e. they have a boned center), but its body is also covered in bony material which gives the appearance of having horned armor. These body horns are actually modified scales.

Several species of artiodactyl mammals (otherwise known as even-toed ungulates), bison are found in North America. The horns of bison are short and hollow, but found in North America and Mexico are enclosed under the name of bison. The horns of the bison are hollow and short. However, there are different subspecies of bison, some of which are larger than others. European bison have horns which point to toward their face, rather than outward. This makes them less useful in fighting.

If you want to read similar articles to Incredible Horned Animals - Big, Long and Curly with Photos, we recommend you visit our Facts about the animal kingdom category.

Bibliography
The Big Five Game Animals of Africa
Animals that begin with N
20+ Incredible Animals that Migrate and Why
Animals That Start With I
Related categories
Endangered animals
Most read
1.
What Animal am I According to my Zodiac Sign?
2.
What Does It Mean When a Cat Shows Up at My Door
3.
10 Most Beautiful Animals in the World
4.
Why do Dogs Get Stuck when Mating?
5.
Animals With Scales - Full List
6.
Examples of Vertebrate and Invertebrate Animals
7.
Differences Between Deer, Elk, Moose and Reindeer
8.
Can Cats Absorb Negative Energy?
Long Eared Domestic Cats
List of Big Eyed Animals - 15 of the Cutest!
Native Animals of Utah: Wildlife and Habitat
Animals With Scales - Full List
Animals with Trunks - List of Trunked Animals
Differences between Buffaloes, Water Buffaloes and Bison
Types of Ants - Characteristics and Photos
Types of Birds With Long Beaks 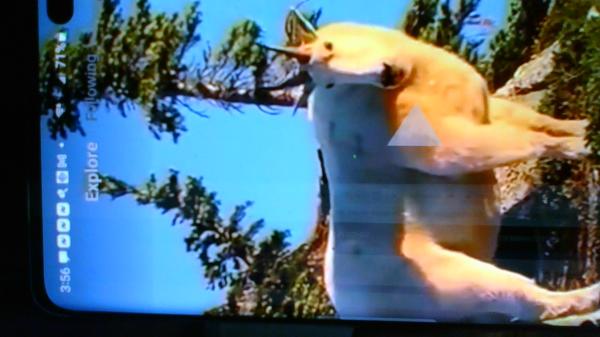 What animal is this? It's beautiful and like features as a goat but NOT, Please tell me

This very much looks like a mountain goat (Oreamnos americanus). Did you see them in the Rocky Mountains or somewhere else in North America, by any chance?
Incredible Horned Animals - Big, Long and Curly with Photos 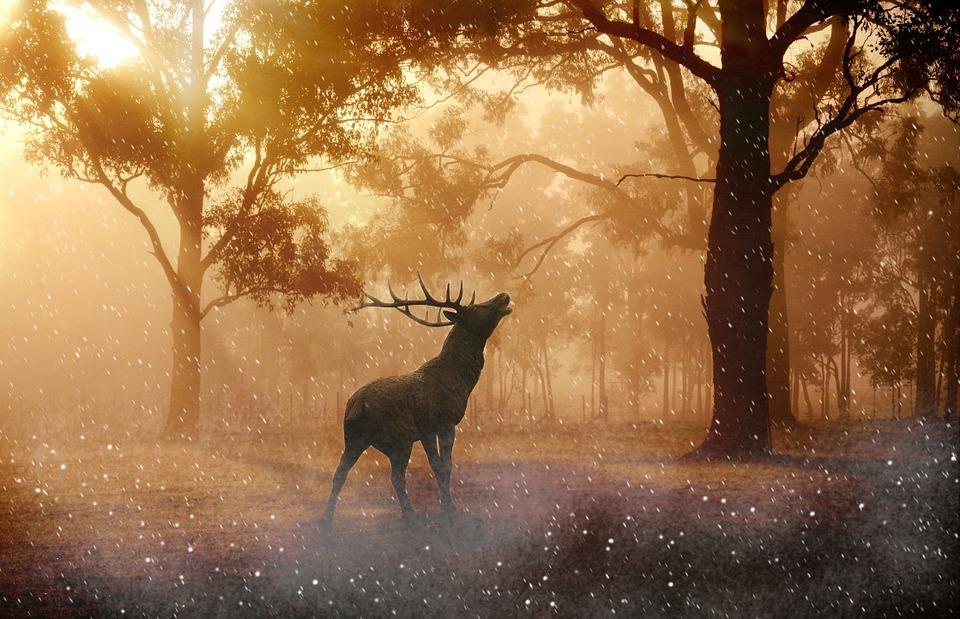 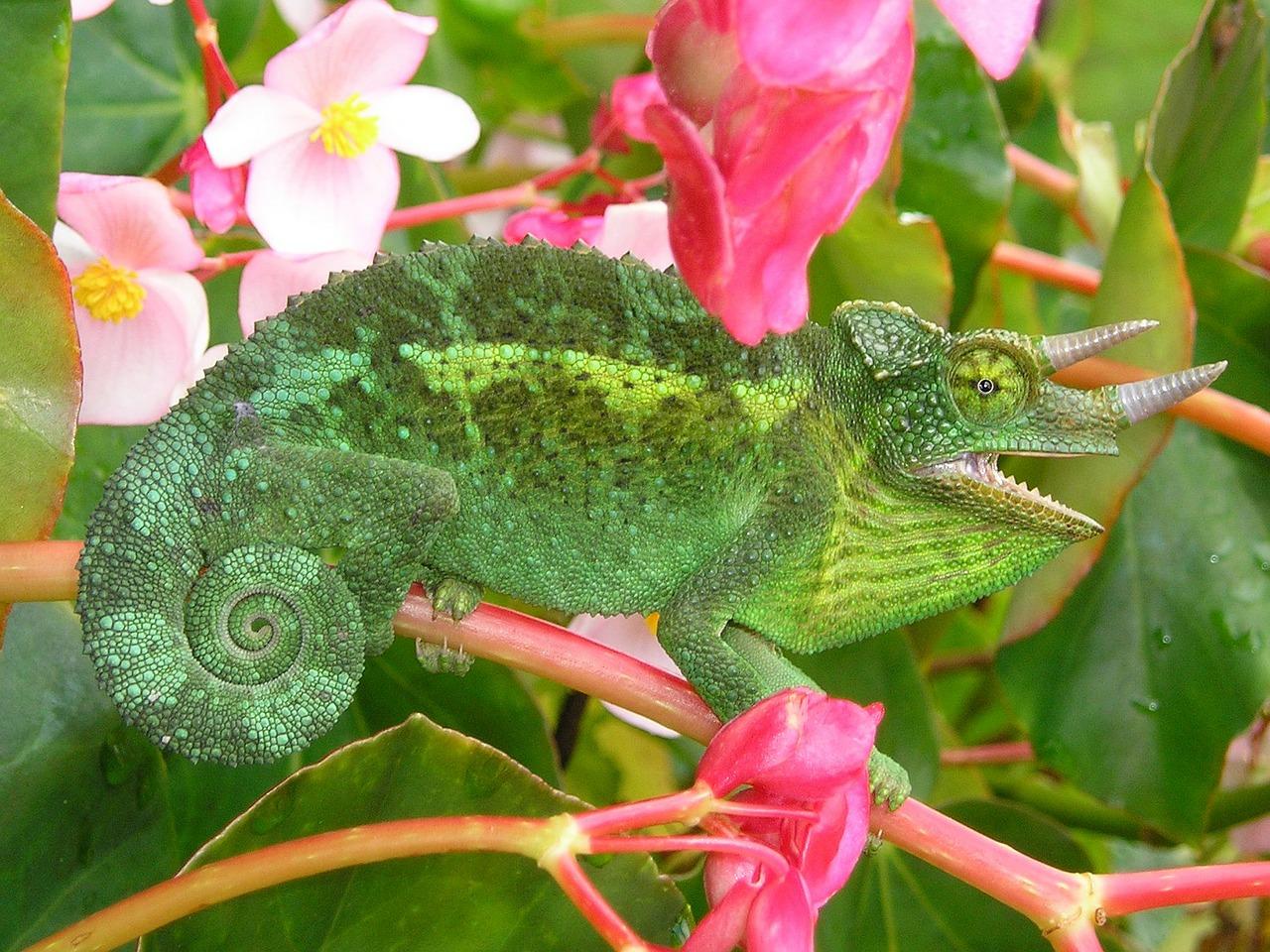 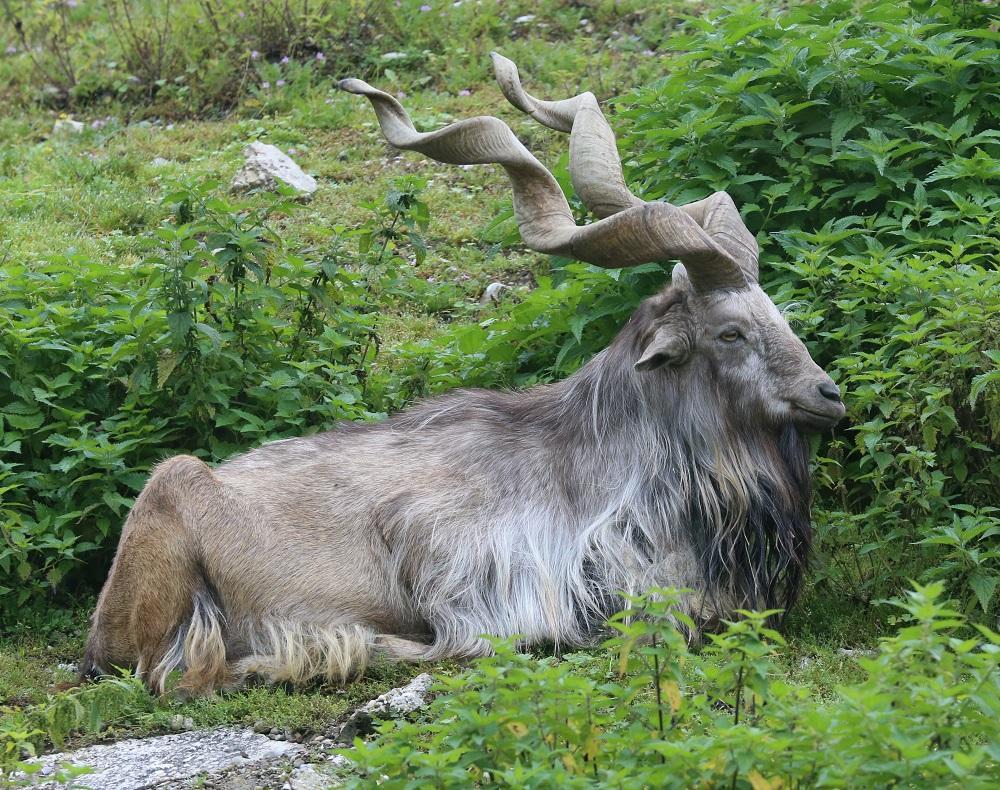 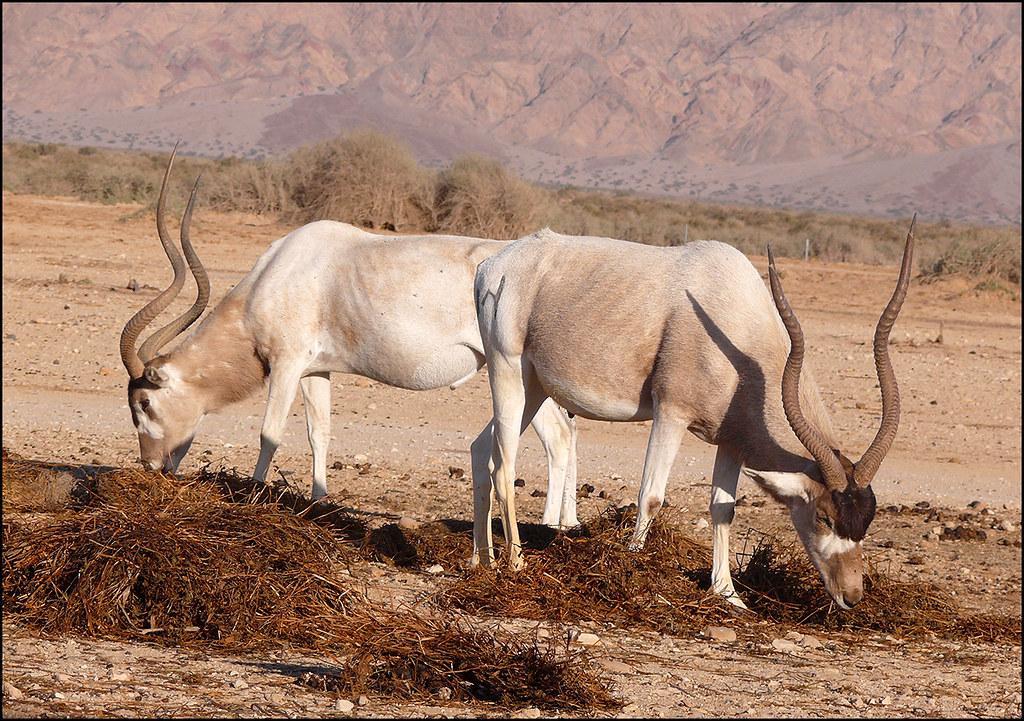 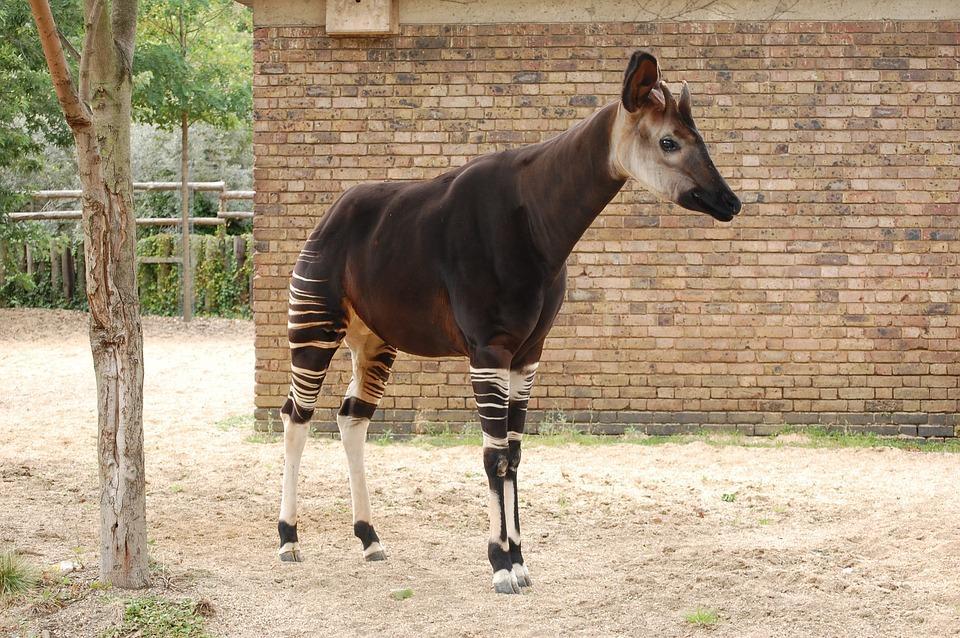 Image: Okapi
1 of 5
Incredible Horned Animals - Big, Long and Curly with Photos
Back to top